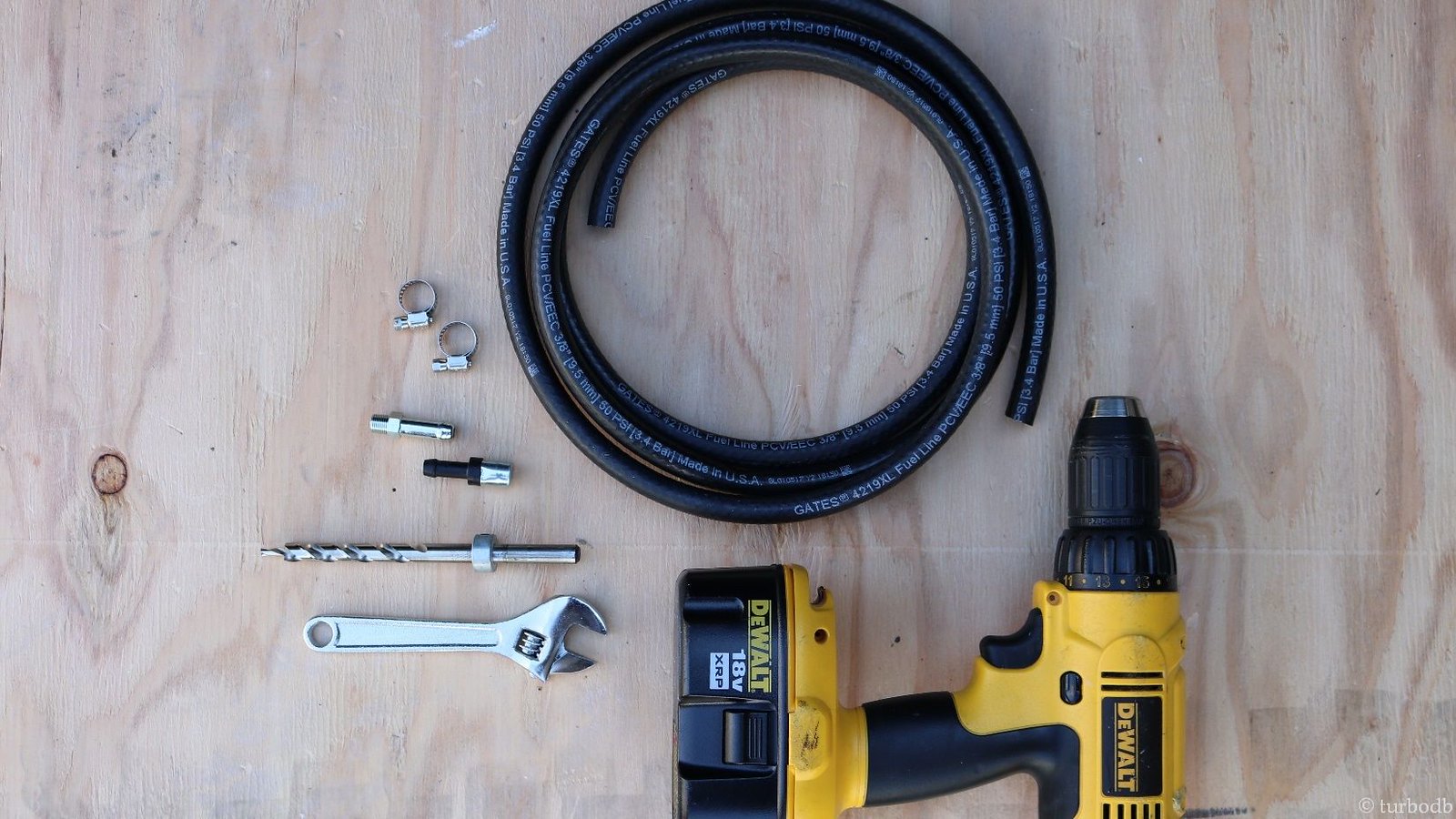 Rear Diff Breather Mod - Why didn't I do this sooner?

Filed under Engine and Driveline. See all how-to guides.

The fact that we have to do this mod at all is a bit unfortunate. Designers at Toyota placed a breather for the rear differential right on the diff housing, which means that if you submerse the diff in water when it's hot, the contraction of air in the diff could suck water into the diff, destroying it. 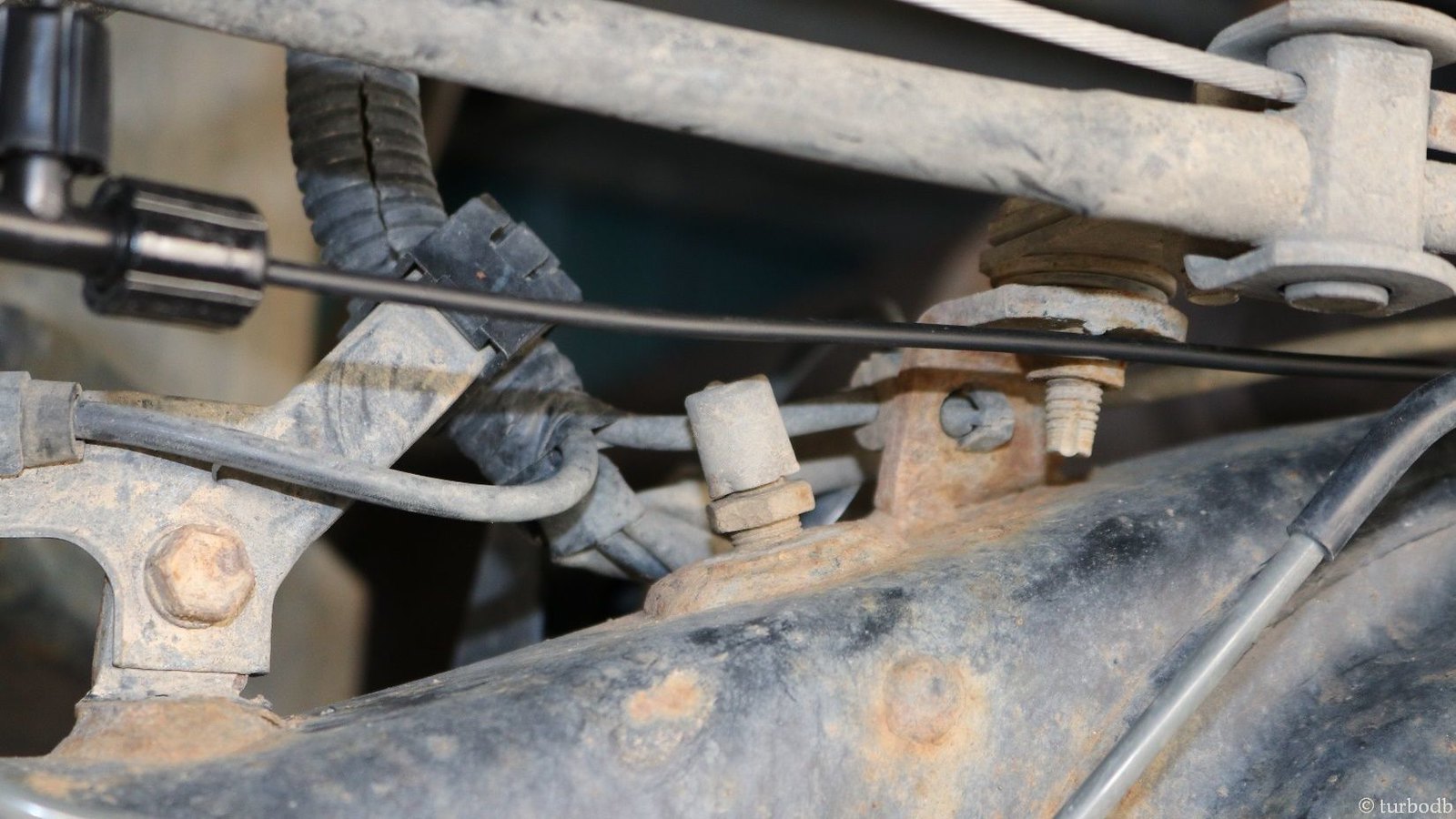 The fix is pretty simple: add an extension to the breather to move it up out of the reach of any water crossing. The hardest step is finding the right parts to do the mod. Luckily, others have gone before, and the parts have been well identified:

You'll also need a few other odds and ends, and tools:

Everything in hand, the entire process took less than 30 minutes:

1. Drop the spare, to get a bit more room to work under the truck.

3. Attach the fuel line to the Union with a hose clamp and run the other end to the location you'll install the new Plug Breather. Zip tie it as you go, and don't forget to allow for rear axle droop (leave some slack).

4. Attach the fuel line to the Plug Breather with the other hose clamp. 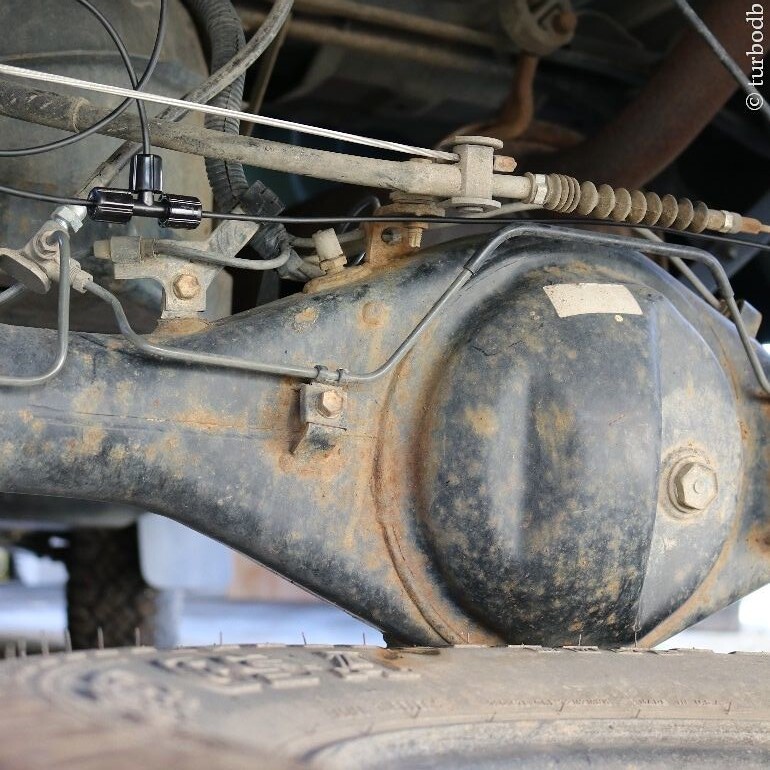 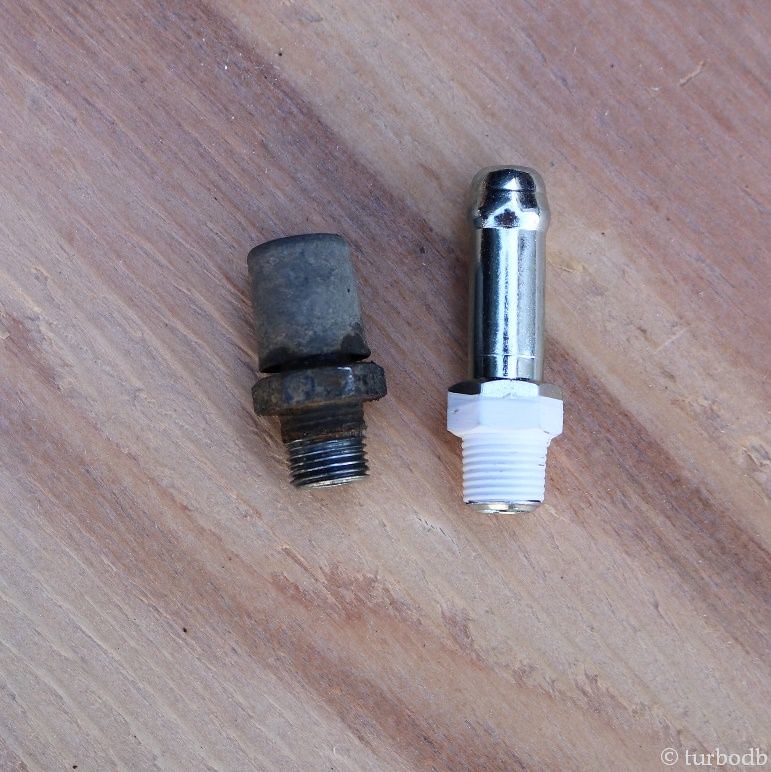 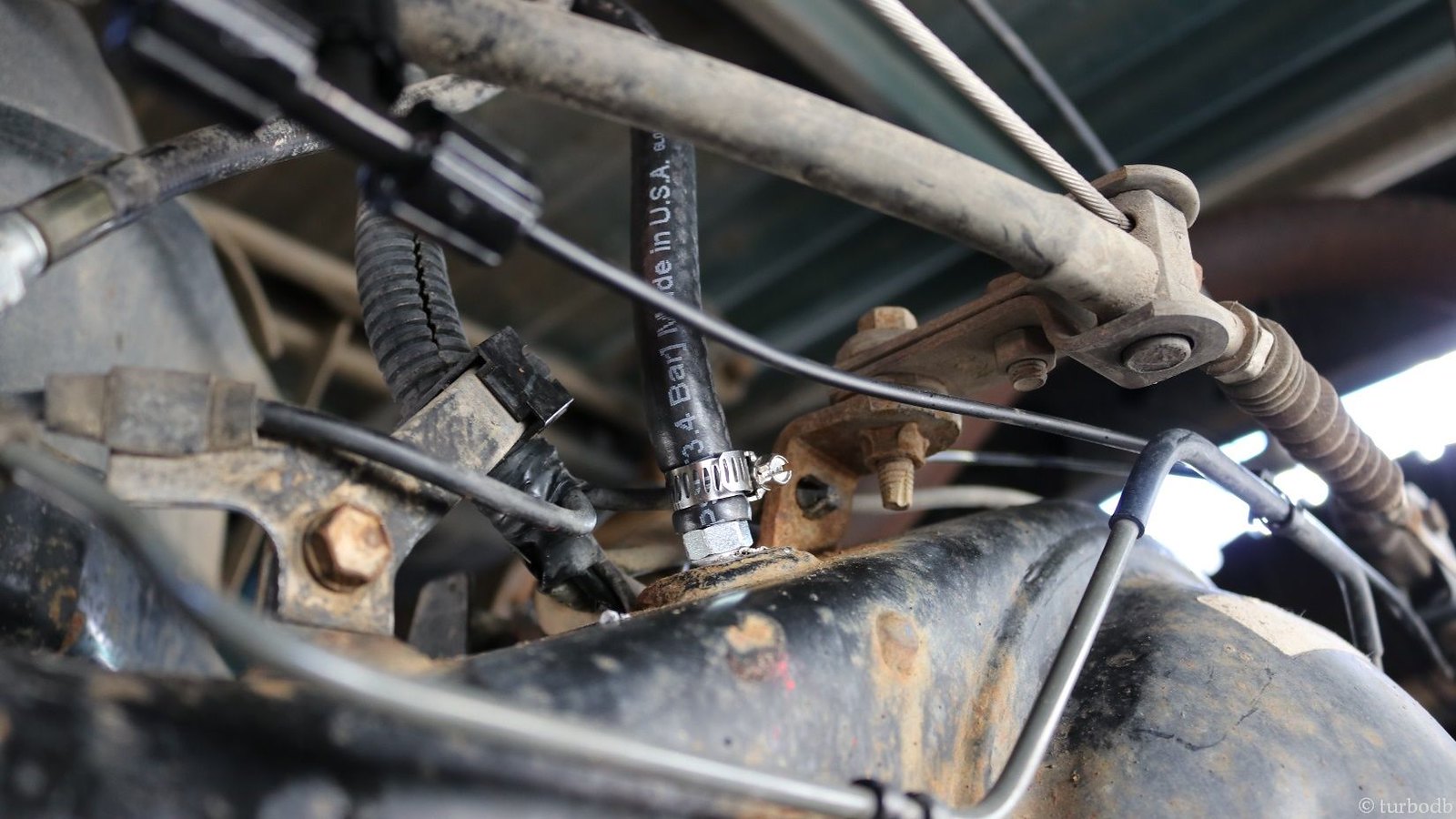 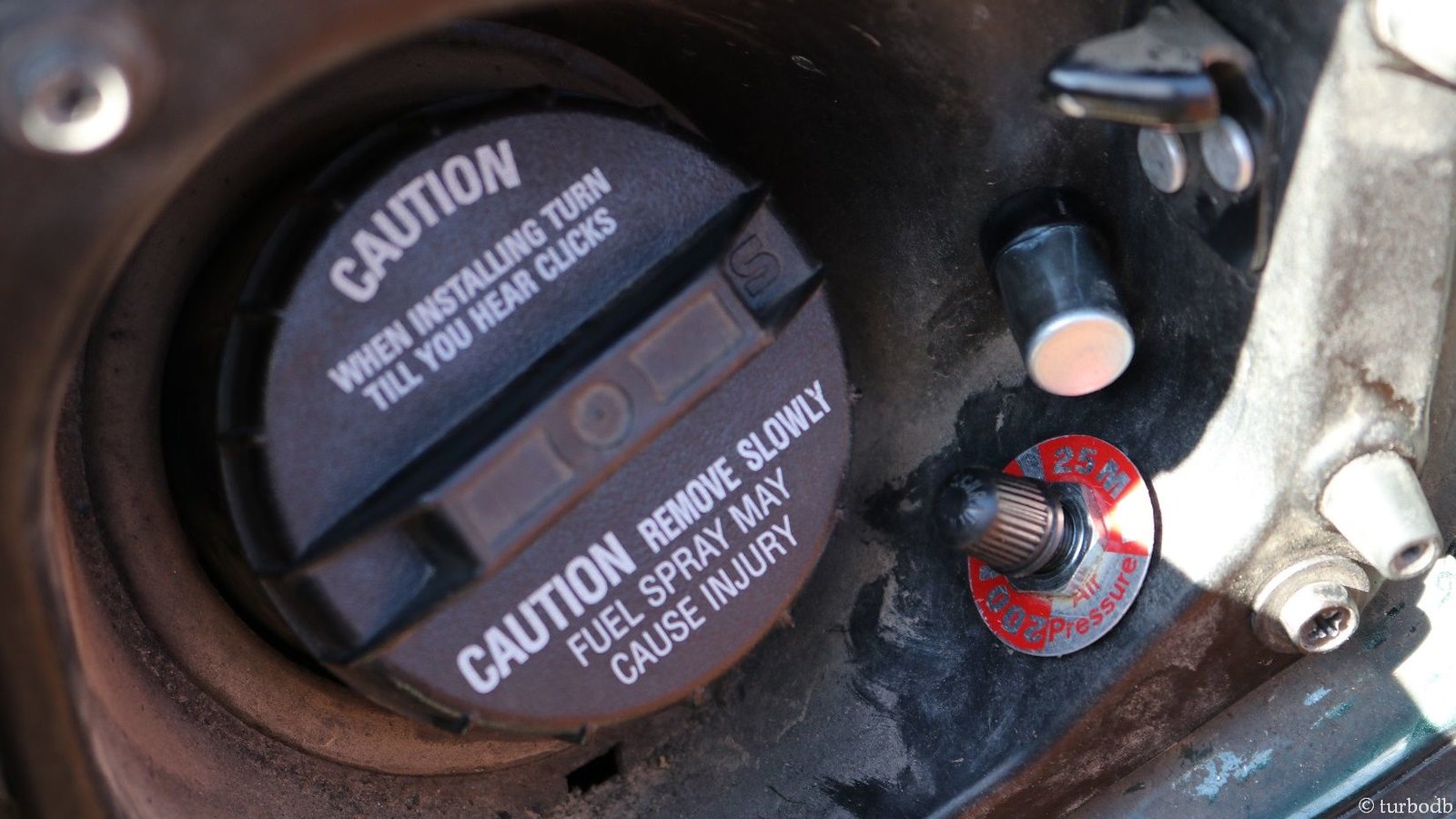 So there it is, installed behind the fuel door, next to the valve for the air shocks. Getting a little crowded in there, but still fits nicely. Why didn't I do this sooner?