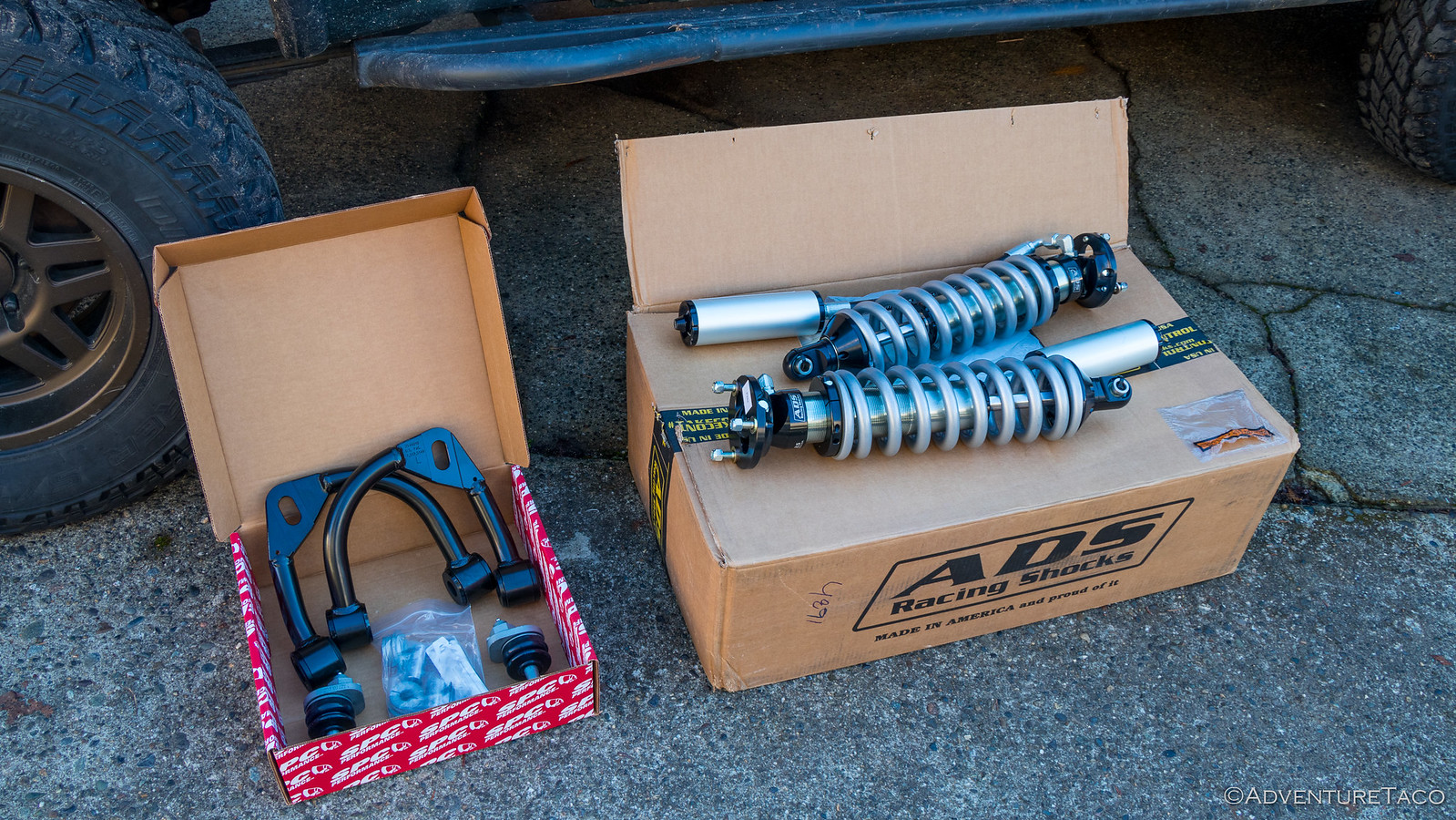 I recently installed SPC Performance upper control arms (25460) on my 2000 Tacoma, and it went great. In addition to the story of the install, I figured a detailed set of instructions for anyone wanting to tackle this themselves would be nice to put together, since it's hard to find that written down in one concise place with a list of everything you need to do the job.

Gathering the parts and tools

Replacing the upper control arms (UCAs) is a relatively straight forward process, and nearly all the parts you'll need are included from SPC when you buy their Toyota Tacoma-specific set of UCAs. The only other "part" necessary is some NLGI #2, 3-5% Moly grease, for which SPC provides a list of approved greases: (Note: you only need one of these.)

From a tool perspective, you'll need only a few special tools necessary to press the upper ball joint out of the UCA and spindle.

And of course, you'll need a basic set of tools:

With all the parts and tools gathered, it's time to get to work. Perhaps obviously, the job is mostly a bunch of removal of parts, and then a bunch of installation of similar new parts. This list of steps is just that - a list of steps (which makes it a great resource to print off and reference when you're doing the job). If you're curious about what a step looks like, I suggest checking out the story of my install.

Removing the brake caliper and rotor

Driver side - Clearancing and then removing the UCA bolt

Passenger side - Clearancing and then removing the UCA bolt

Removing the UCA and spindle

Preliminary install of the spindle and CV axle

Completing install of the spindle and CV axle

Connecting the spindle to the SPC UCA

Driver side - Restoring the engine bay

Passenger side - Restoring the engine bay

You are done! Congratulations. Go get an alignment right away.