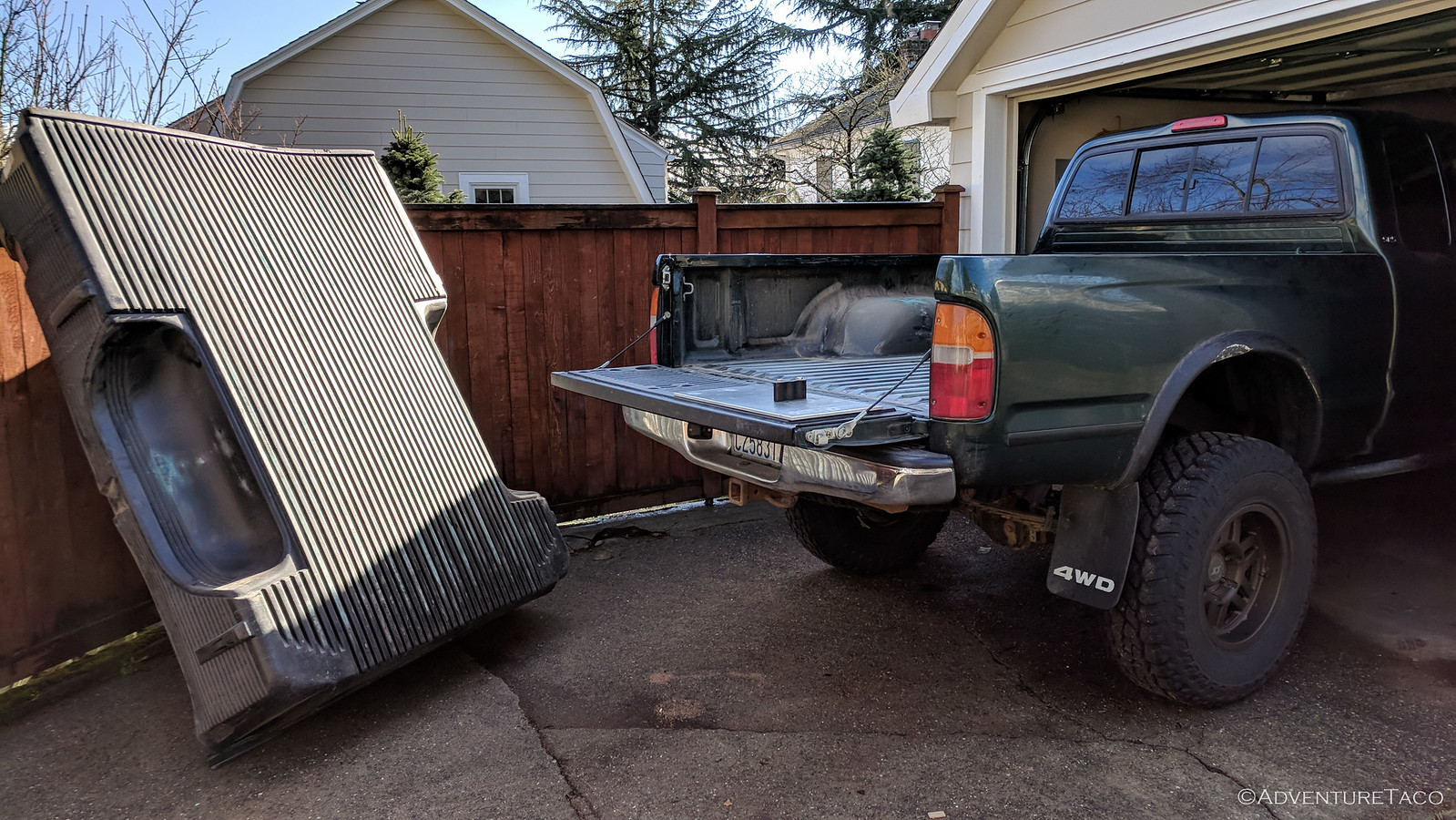 I Dread Cleaning the Bed

I always dread cleaning the bed of the truck.

I don't mean sweeping or washing out the bed liner - I mean, I don't like that either - but the part I really dread is removing the bed liner and cleaning underneath it. There are a couple reasons for this: first, it's hard to get the liner out; it's really wedged in there (which is good the rest of the time). Second, I always worry (rightly, I think) that when I take out the bed liner, I'm going to see how it's destroyed my bed - rubbing off paint, etc.

Given that, one might suggest that I just dump the liner and go with a rubberized spray-on coating. I've considered that, but on the whole, I like the plastic liner. I think it does a reasonably good job keeping the bed from getting all dented with the types of loads I carry, it provides a "track" for my bed slide to run in, and it doesn't really cause all that much damage to the actual bed...so far.

Of course, my perpetual dread of finding catastrophic damage means that I've only ever done this once before - that was after hauling several tons (in several loads) of old bricks and mortar to the dump - when I wanted to make sure that any course grit that had gotten under the liner was removed before it could do even more damage than the liner itself!

But, after The De-Tour, I knew I had to remove the bed liner, and I'd been putting it off. See, I'd "lost" a nut and two washers (that held on the bed rack) behind/under the bed liner early in the trip. I'd replaced them immediately with a spare that Mike (@Digiratus) had handy, but I didn't want the old ones rattling around in there forever (rusting out my bed). I figured that a mere six months later was probably about long enough to wait, and so I got down to the task.

The first step was getting the bed liner out of the bed. There was only one part that was really stuck, and I used my handy heat gun to make that part of the liner a bit more...amenable to removal.

Then, it was time to inspect the bed. Overall and to my relief, it still looked relatively good. There were definitely some wear spots from the liner, but there was no sign of rust, at all. Likely this is because the liner keeps the bed relatively dry - another benefit. I briefly considered spray painting the exposed metal in the bed, but ultimately decided against it - after all, the liner was just going to rub in those same spots again. 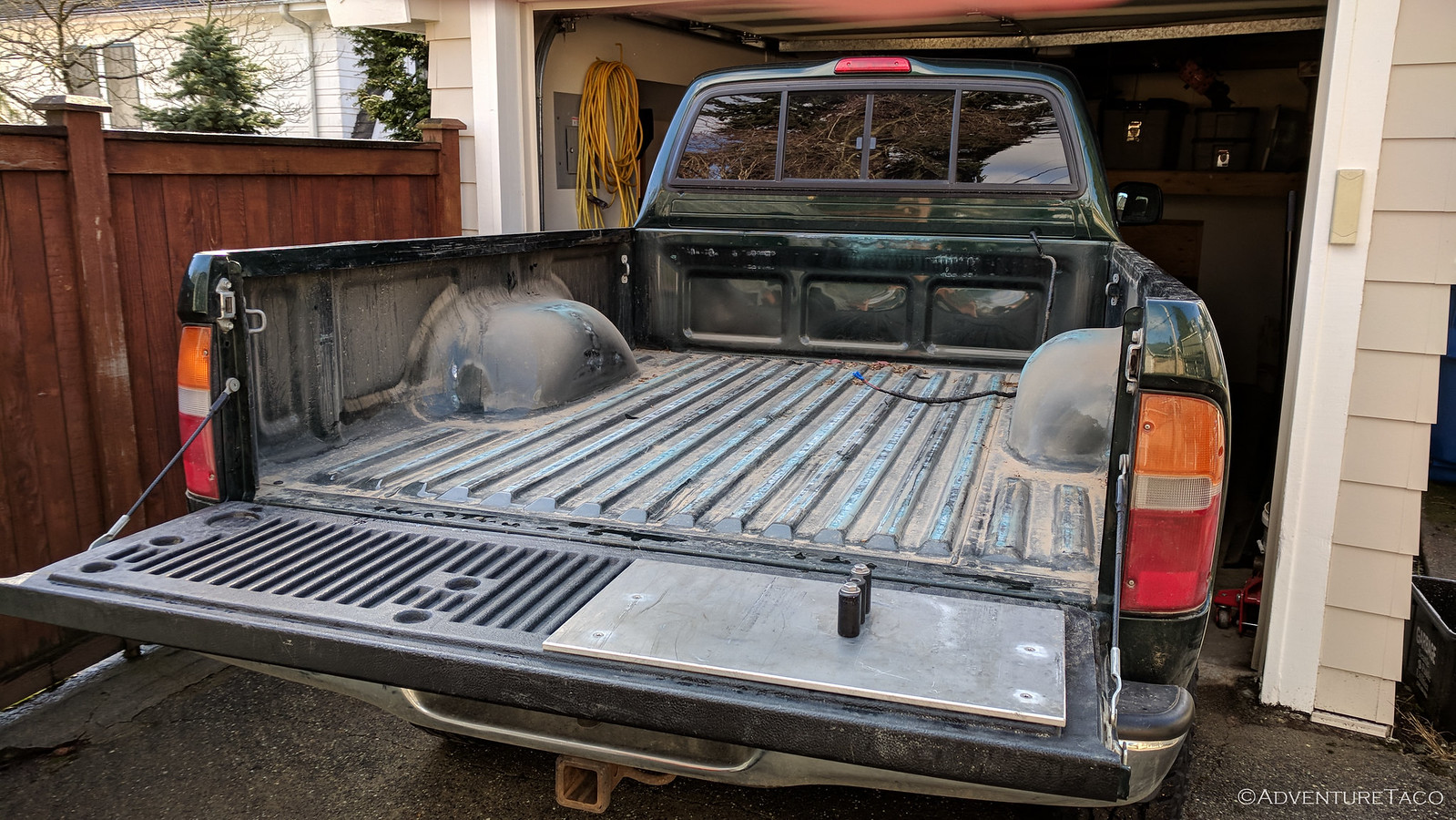 There also wasn't all that much "stuff" under the liner, which was great. Of course, there was that nut I'd lost; and a single washer. No idea where the second washer went. 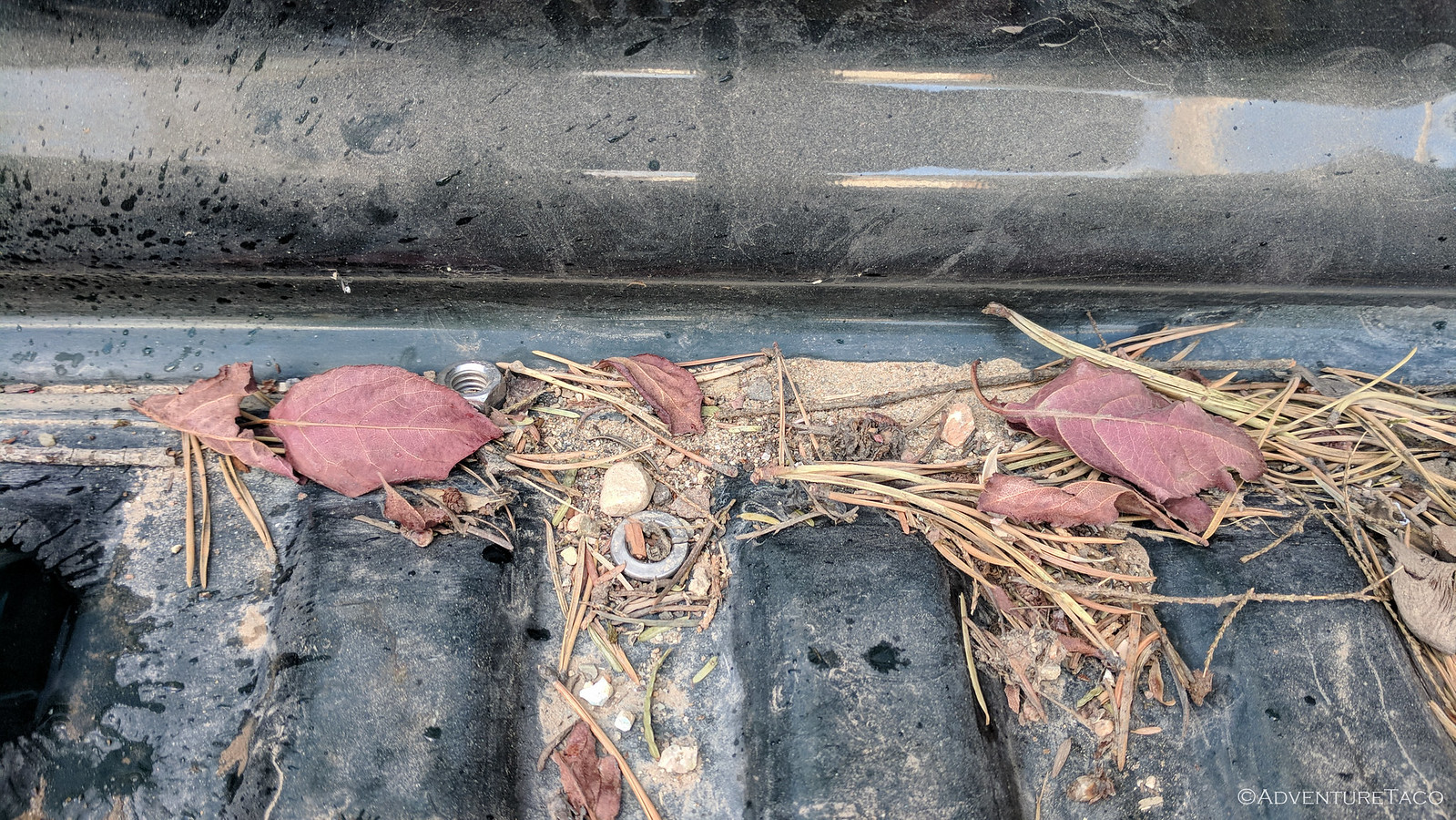 At any rate, I swept out the debris and made sure that the weep holes were clean. And then, I loaded the bed liner back in. So I can procrastinate and worry once again. 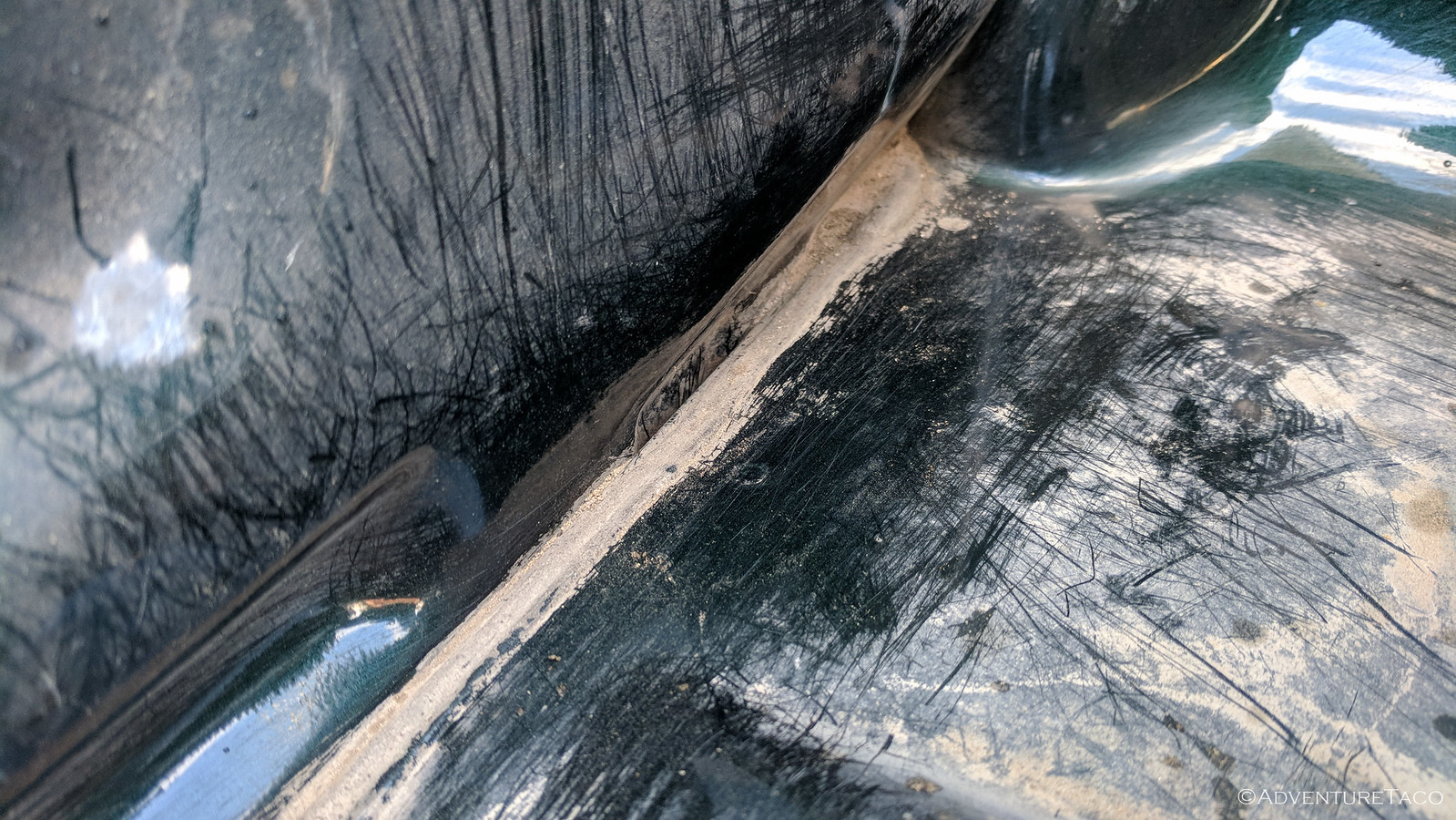 Published in Tacoma Maintenance; experienced on 2018-02-26