Having parted ways with Ben @m3bassman and Kirsten after a wonderful couple days in Idaho, our first and second stops were in Boise for some fuel and food. We'd hoped to hit up a place that @pizzaviolence suggested as "the best taco's in Idaho," but being the Fourth of July, it was unfortunately closed. 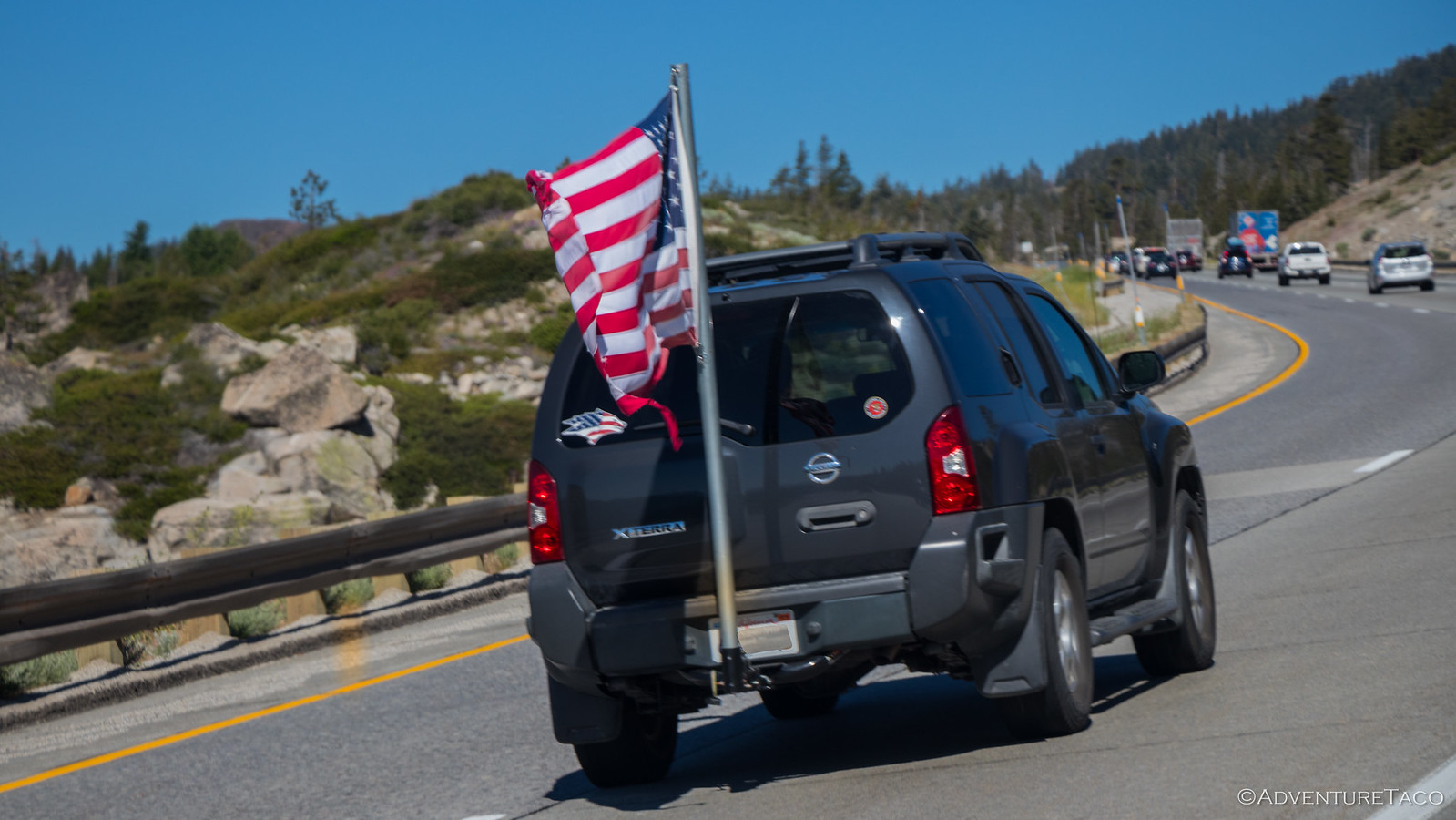 Instead, we grabbed some burgers before heading south-east - a four-state day in store through Idaho, Oregon, Nevada, and finally California where we planned to find a place to camp for the night.

Off the dirt, we racked up miles quickly - many of them unmemorable given the mostly flat, arid landscape between Boise and Reno. But we we enjoyed ourselves nonetheless - music, podcasts, and conversation entertaining us between stops.

As we've adventured far and wide, I've always wondered what the truck weighs fully loaded, but it always seems we're in a rush to get where we're going, or that the truck scales are open when we pass them. Luckily today, we were in anything but a rush and as we passed through the Owyhee area of Oregon, one of the first scales we came to was closed for the day. 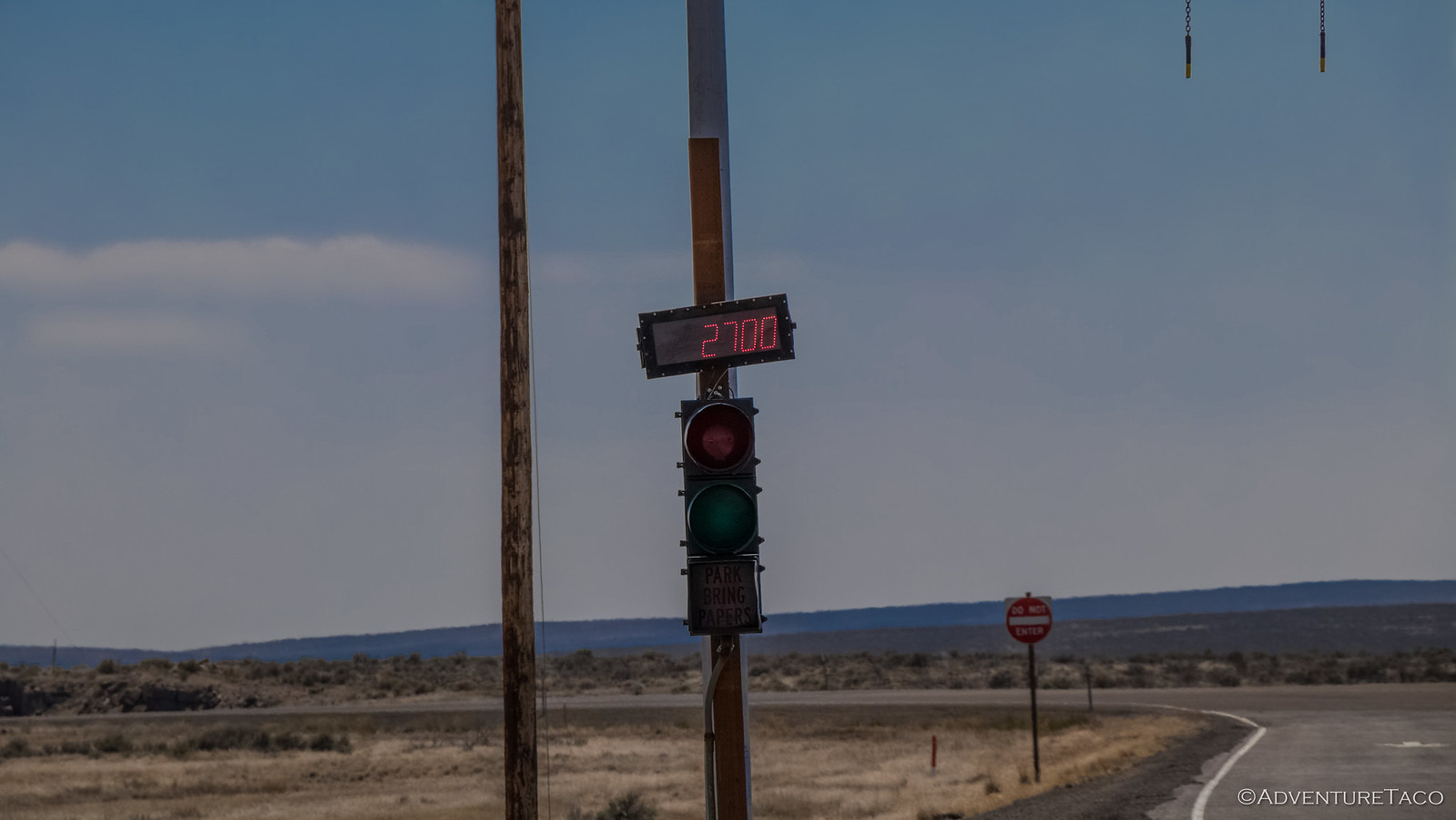 Perhaps more interestingly at the scales, the ground was covered with Mormon Crickets. These things are freaking huge - maybe 3-4" long, and they clearly "swarmed" through the area - though apparently they don't fly, so that's got to be crazy to have them overrun a place on the ground!

Oh, and when they are swarming, they eat each other. And that propells the swarm forward. You know, so you don't get eaten by the guy behind you. 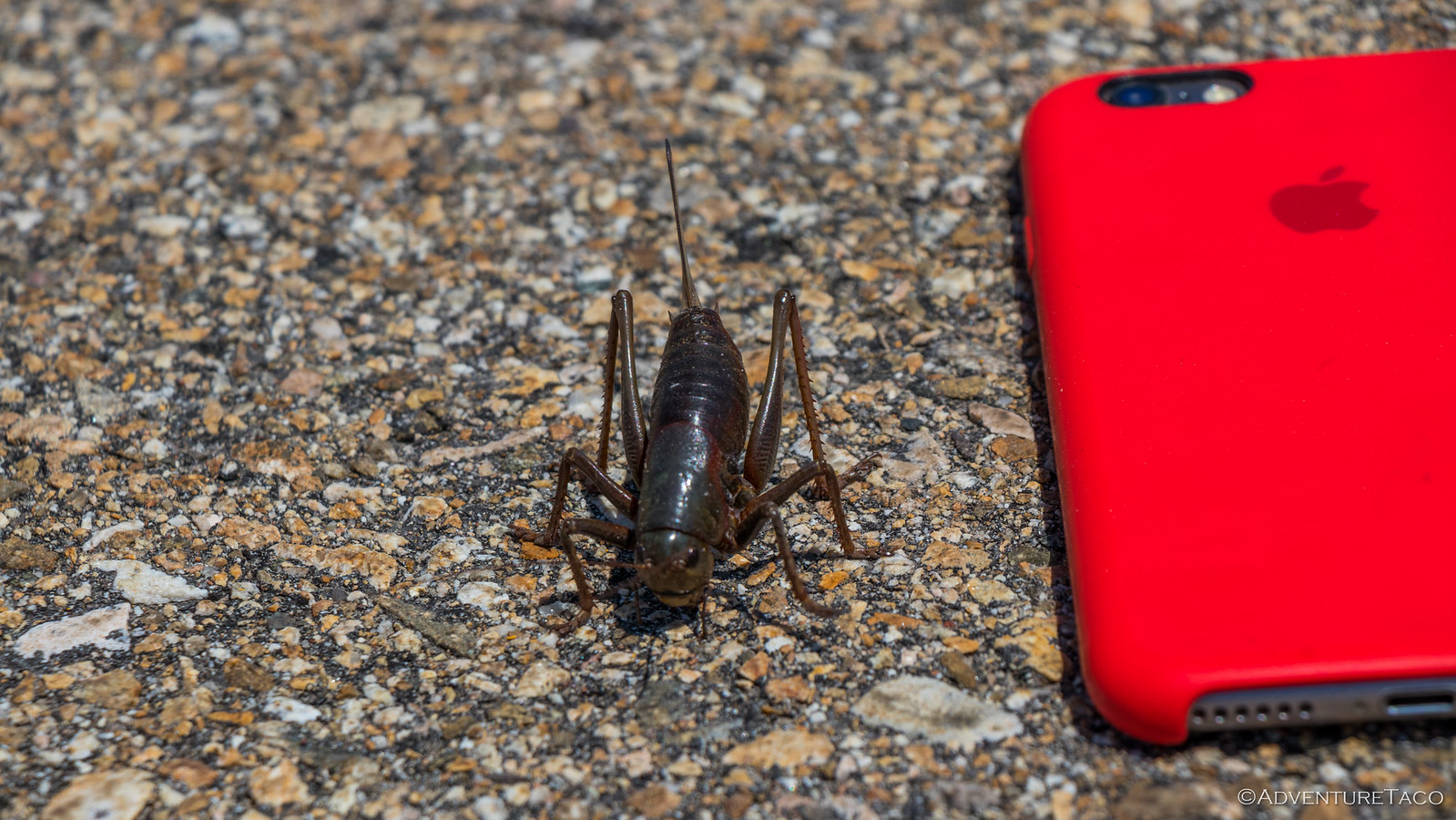 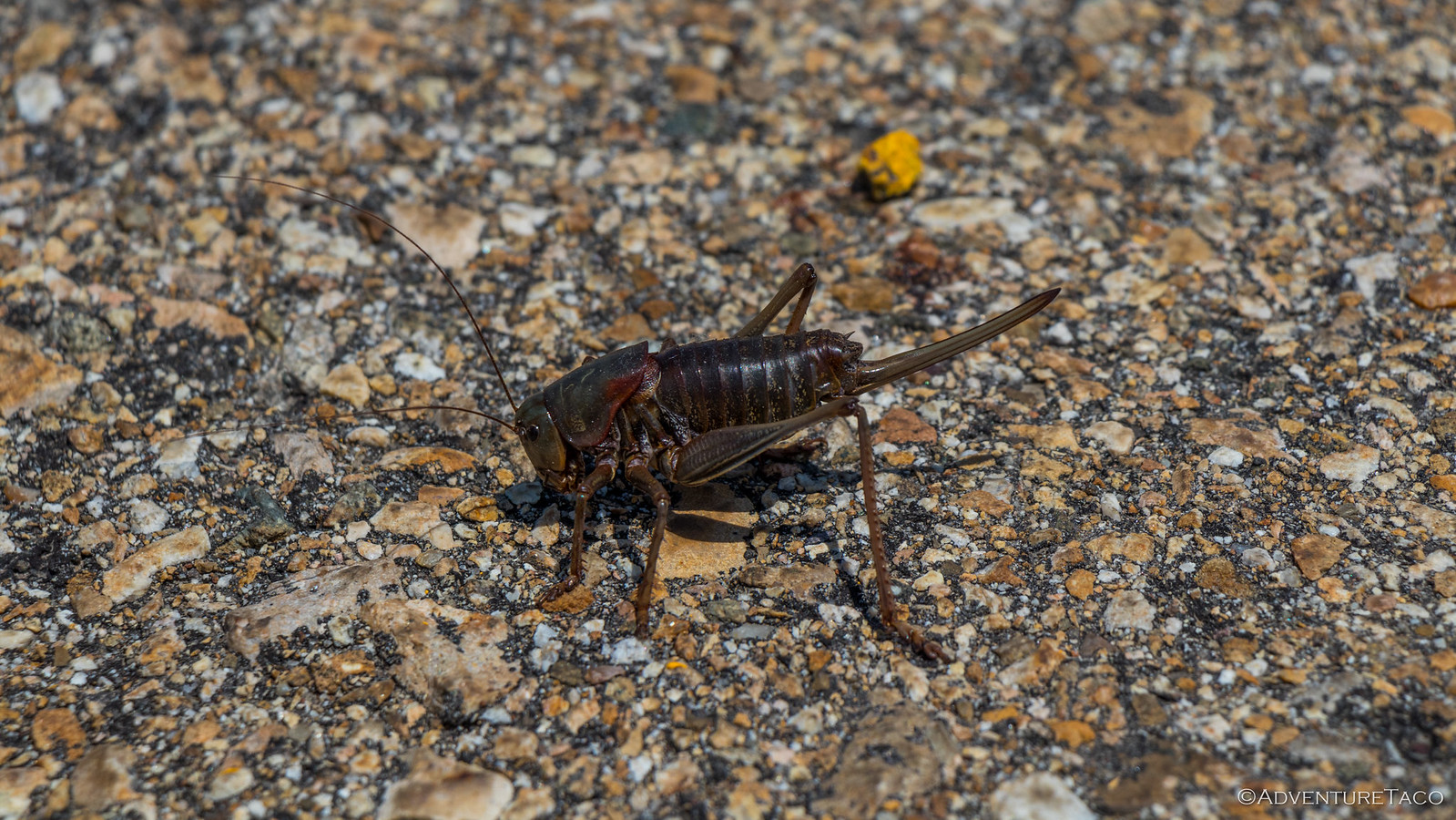 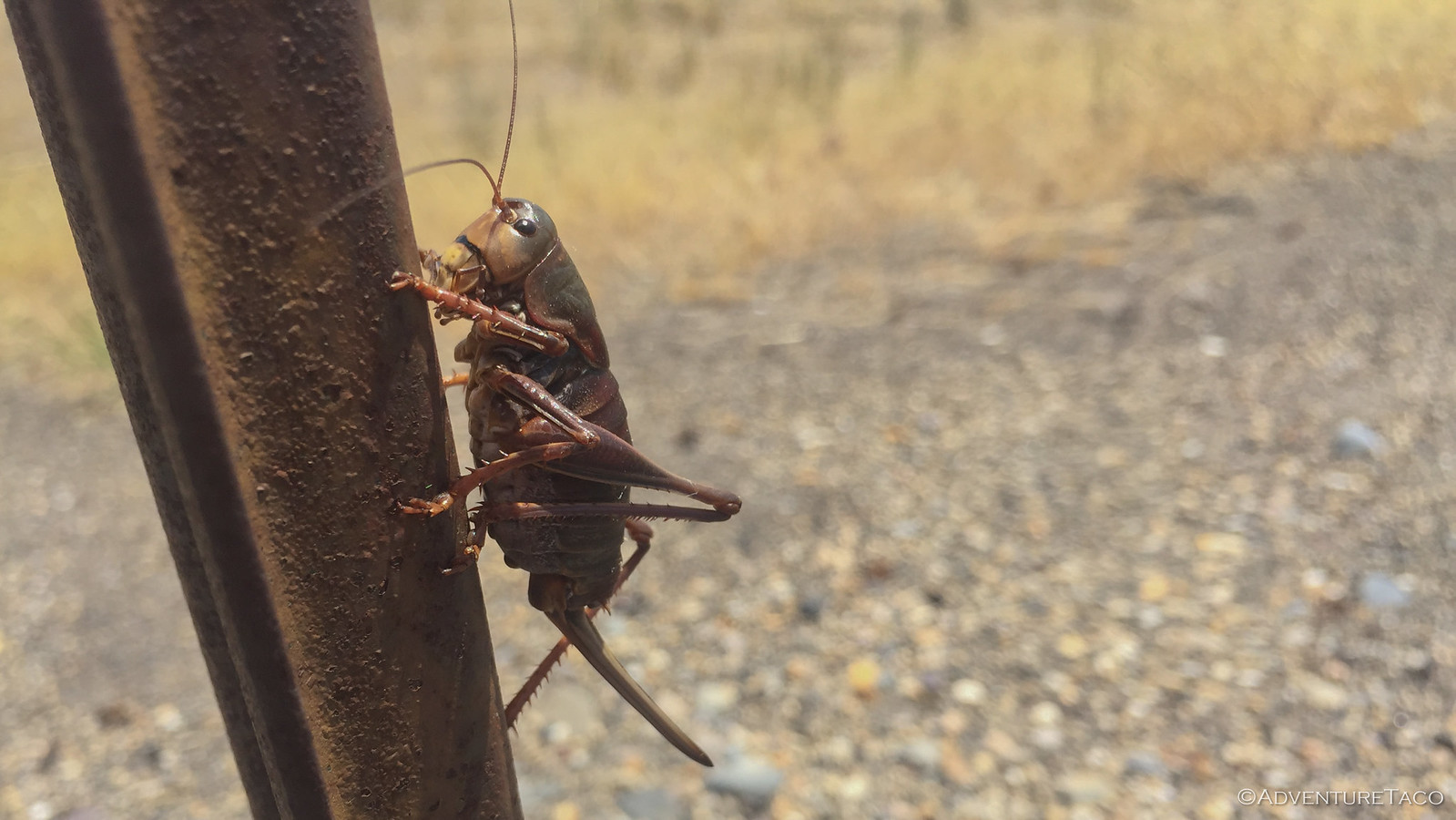 Throughly weirded out, we continued on through Oregon, passing through the Owyhee Canyonlands - one of the first places we took the Tacoma to explore just two years before. How different it was - basically stock - just that short time ago! 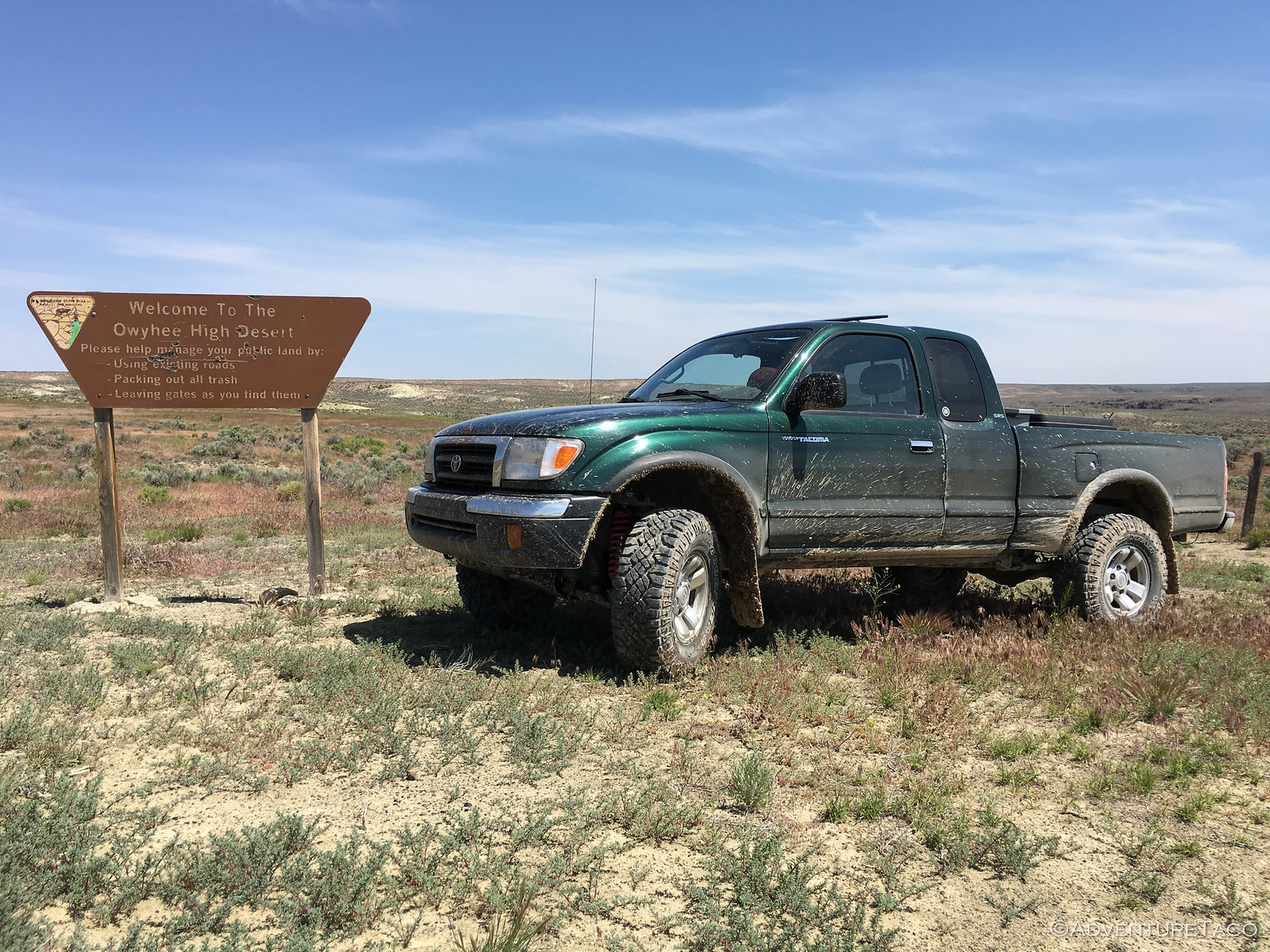 The truck, just two years ago.

And then, in the middle of the canyonlands, we passed through Jordan Valley and the Sinclair station where we'd delt with the first check engine light of our adventures! 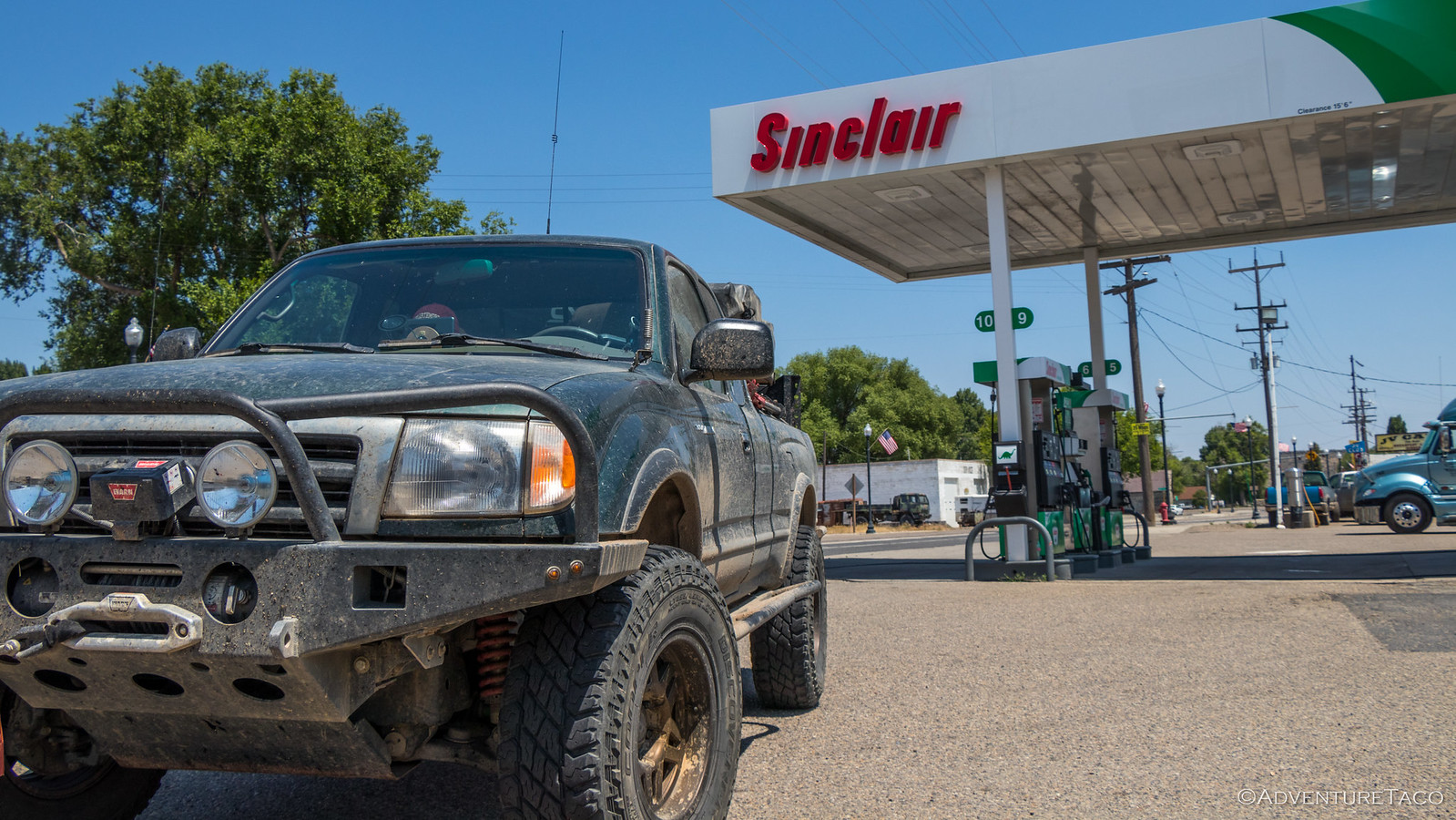 Onwards through northwestern Nevada we continued, fueling up just before we hit the California border to take advantage of the lower gas prices. And as evening arrived, we climbed up and over Donner Pass, a beautiful drive even if it is paved! 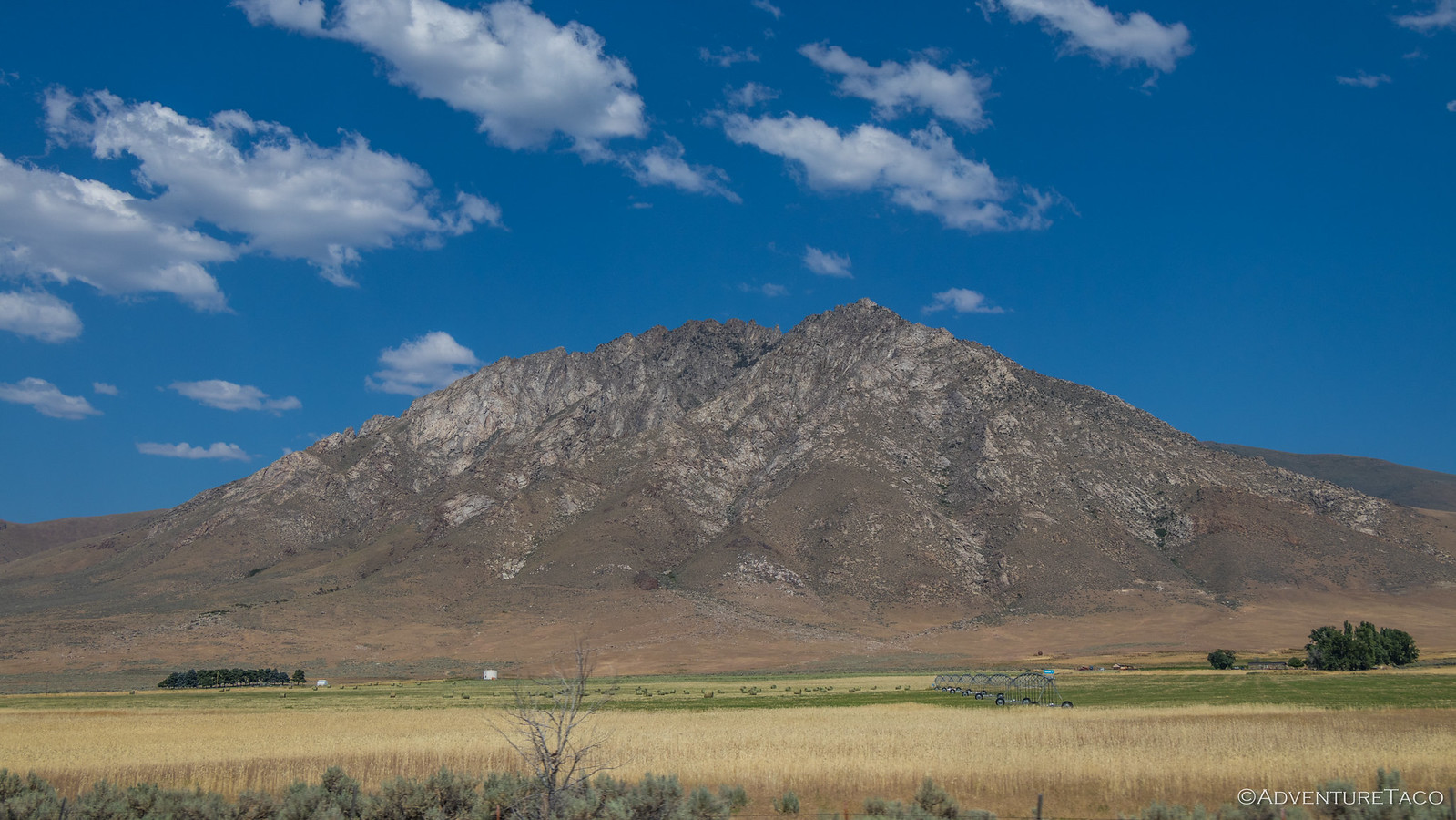 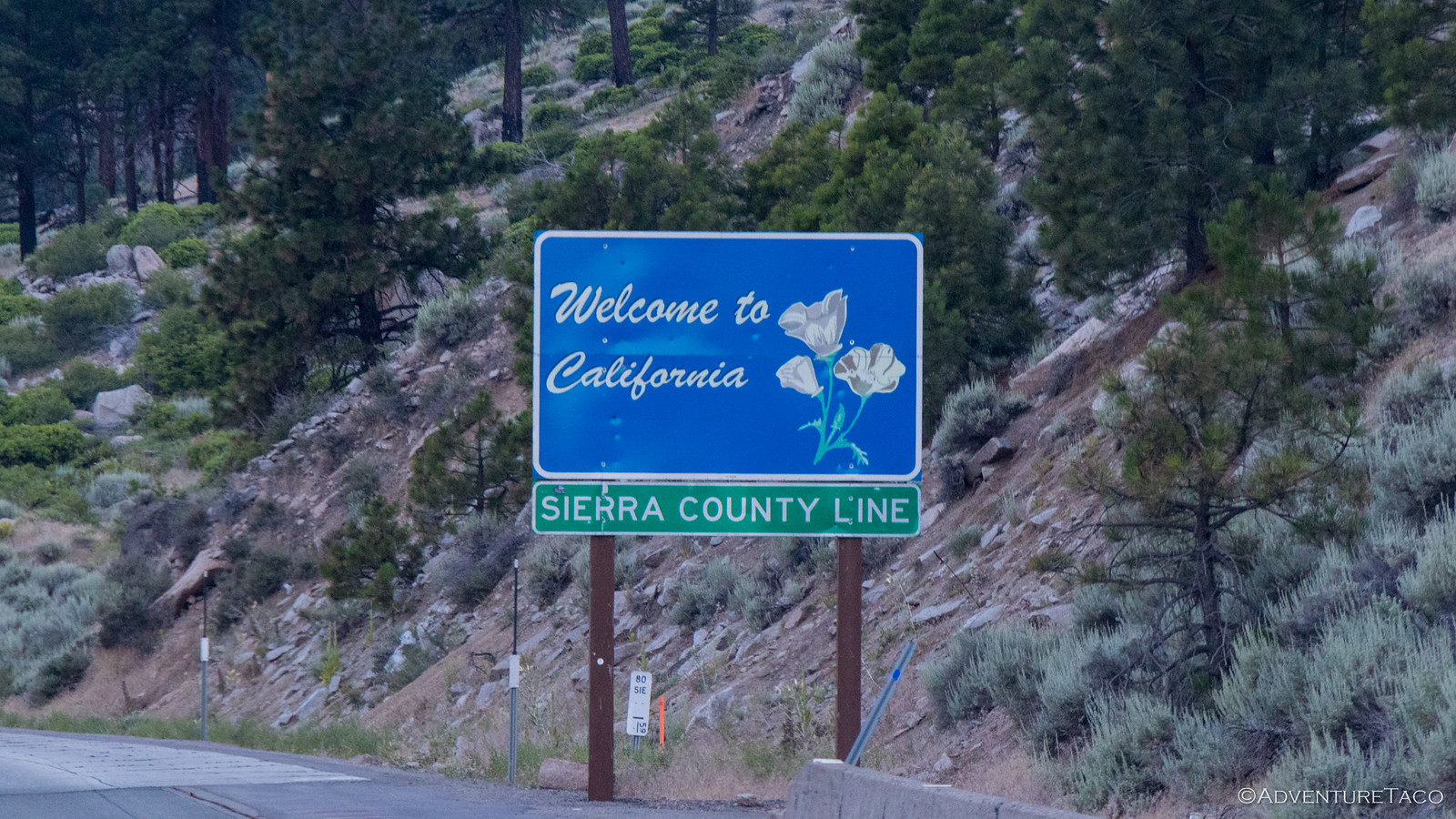 And then, on our way into Truckee, where we planned to head into the woods and find a spot to camp for the night, we discovered an adventurer's dream: the Overland Trail.

Of course - and we should have realized this - overlanding has been usurped by the masses. The Overland Trail was paved. The perfect place to take that mall-crawler that you don't want to get dusty. You can even deploy your RTT in the parking lot outside your hotel room...you know, for authenticity!

Naturally, this wasn't our speed so we popped back on the highway to get away from the hustle-and-bustle and eventually found ourselves on dirt roads in the thick of the Tahoe National Forest outside of Truckee.

As I setup the tent, @mrs.turbodb got started on dinner - flank steak, mashed potatoes, and a salad made from lettuce she'd grown in the garden - a great way to end a four-state day. 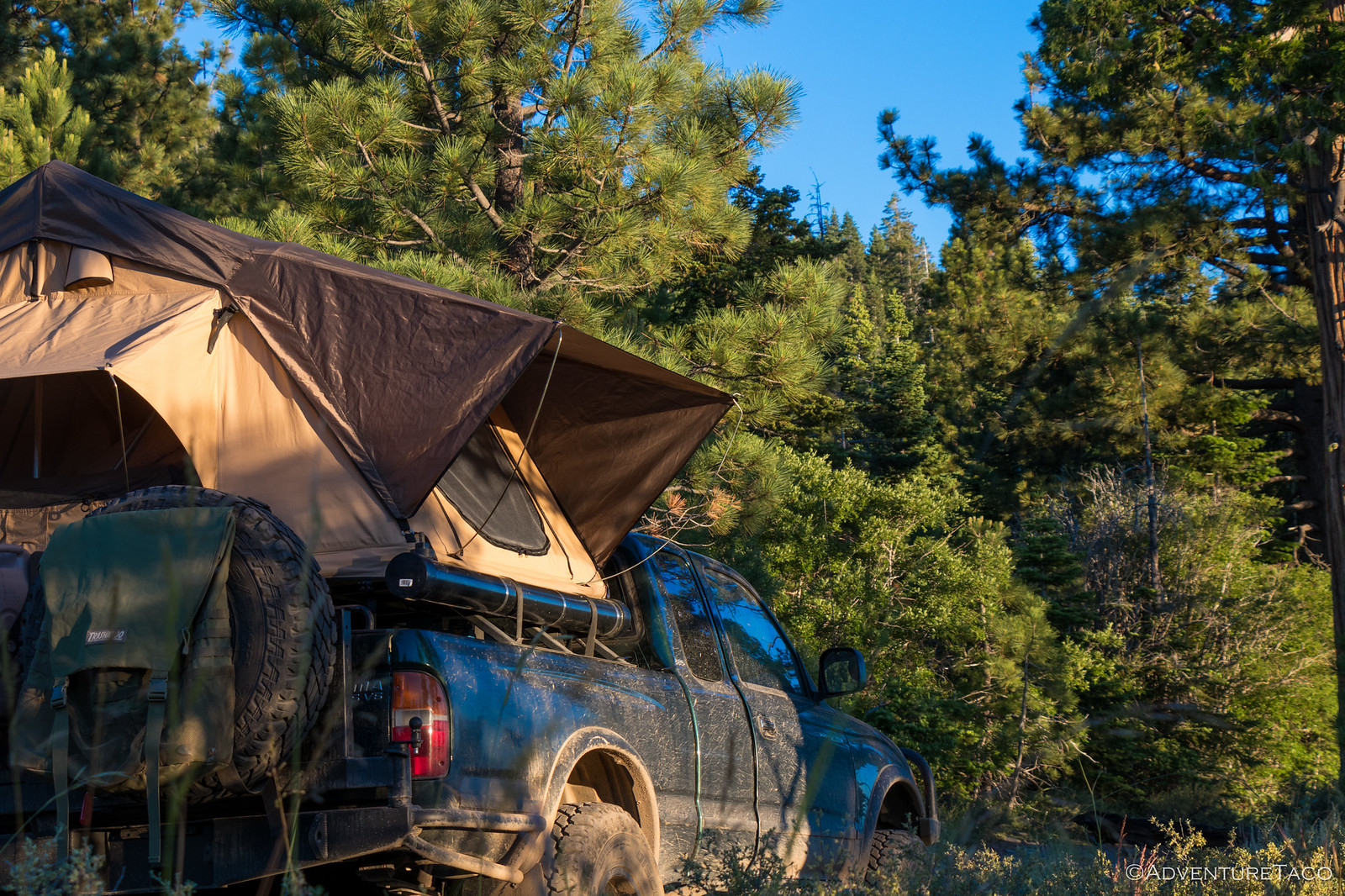 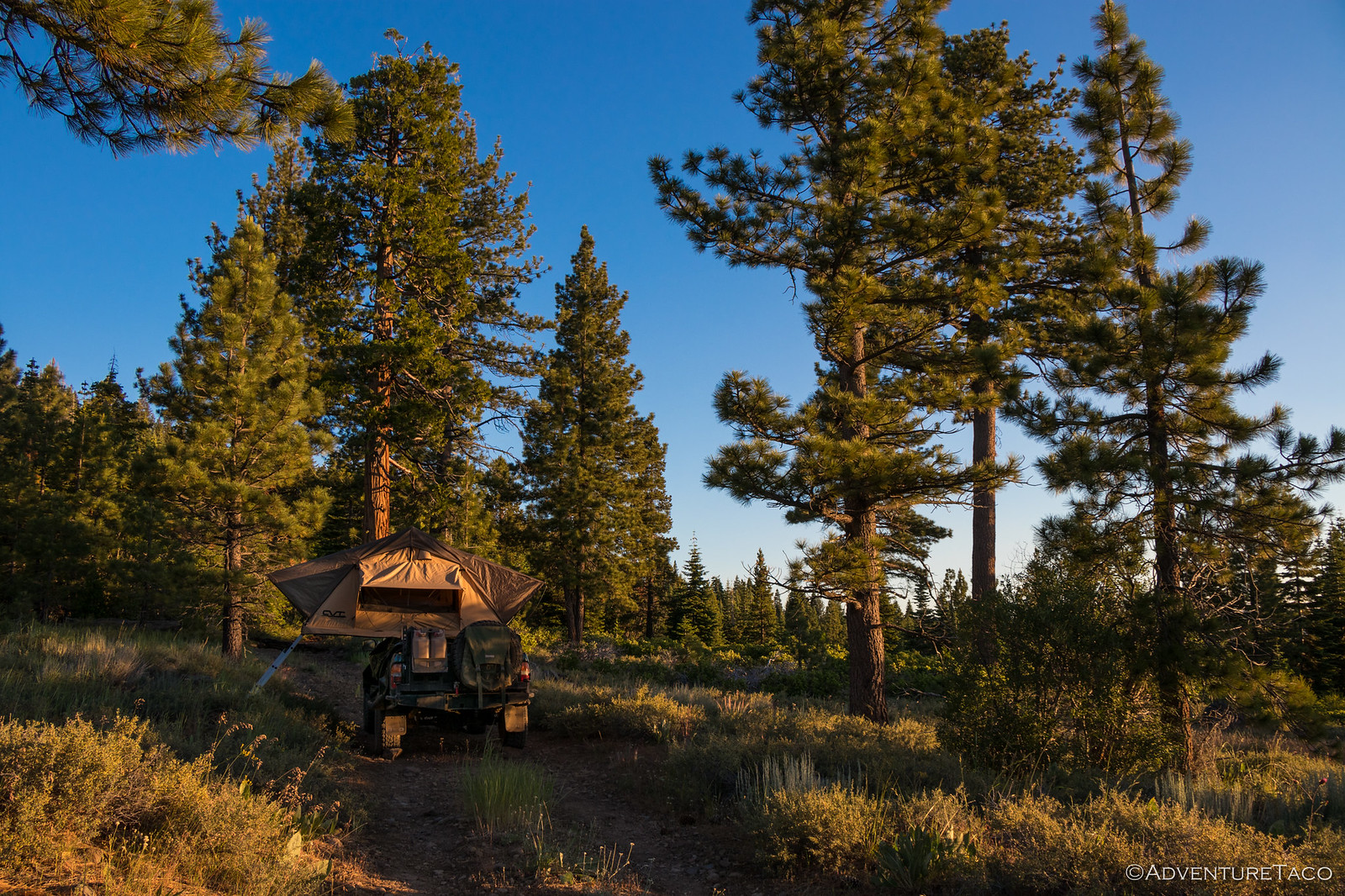 By the time we finished eating it was dark and we were spent. Indepencence Day fireworks booming in the distance, we climbed into bed and thumbed through just a few pages in our books before falling asleep in the warm night air.

Naturally, we'd positioned ourselves to take advantage of the sunrise the next morning and as the sky started to show signs of life, I pulled out the camera to try and caputre those magic moments. 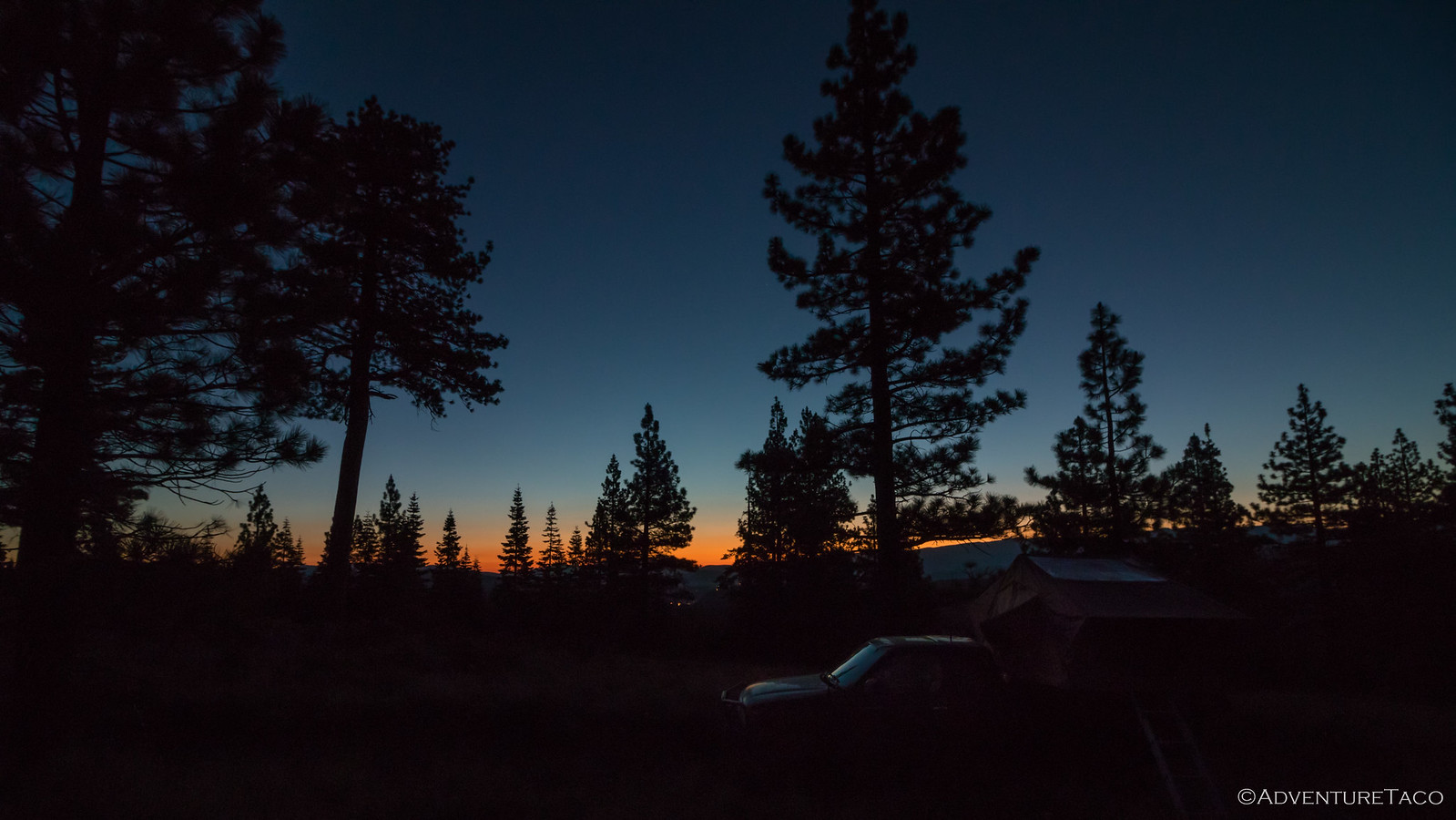 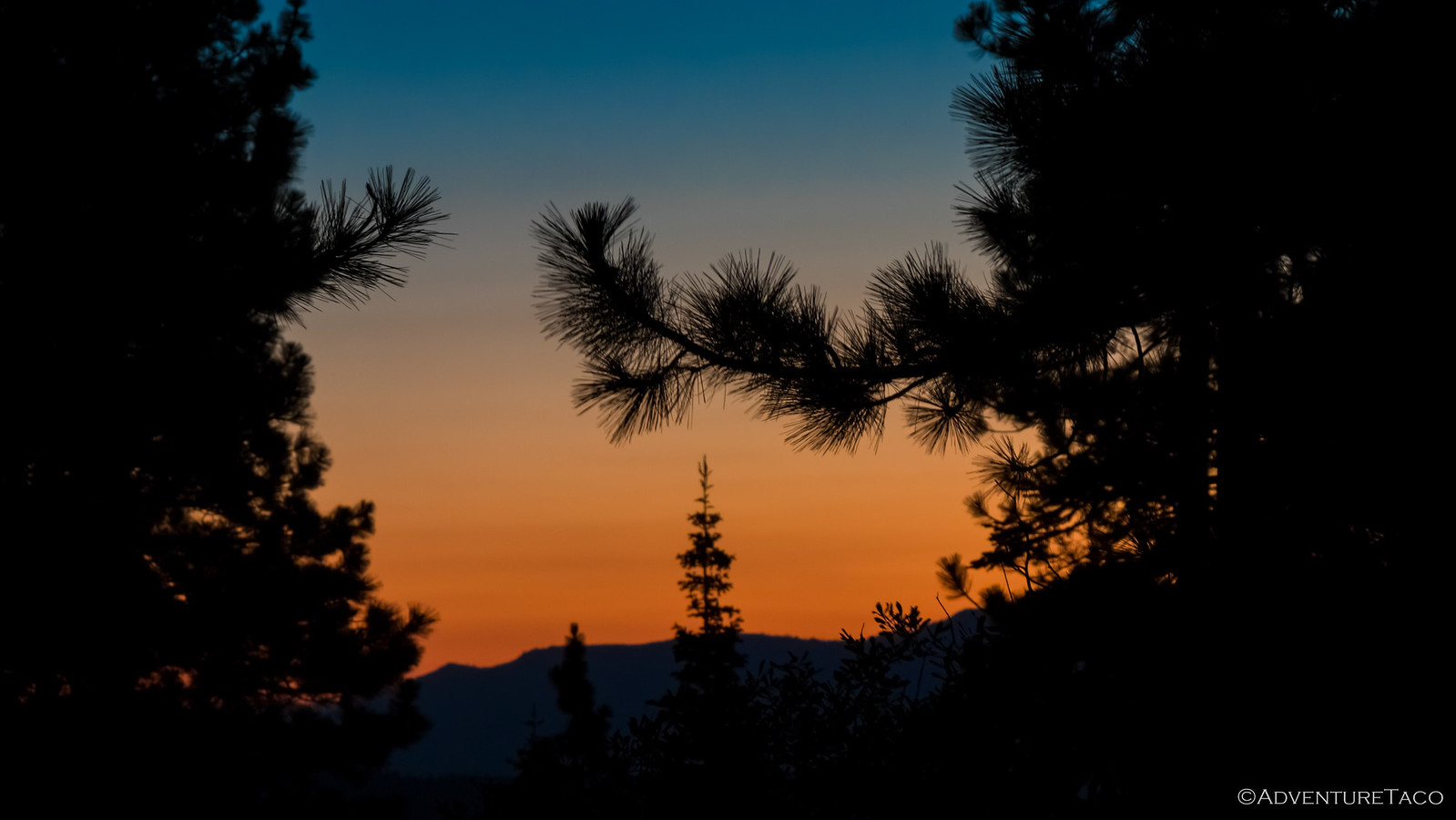 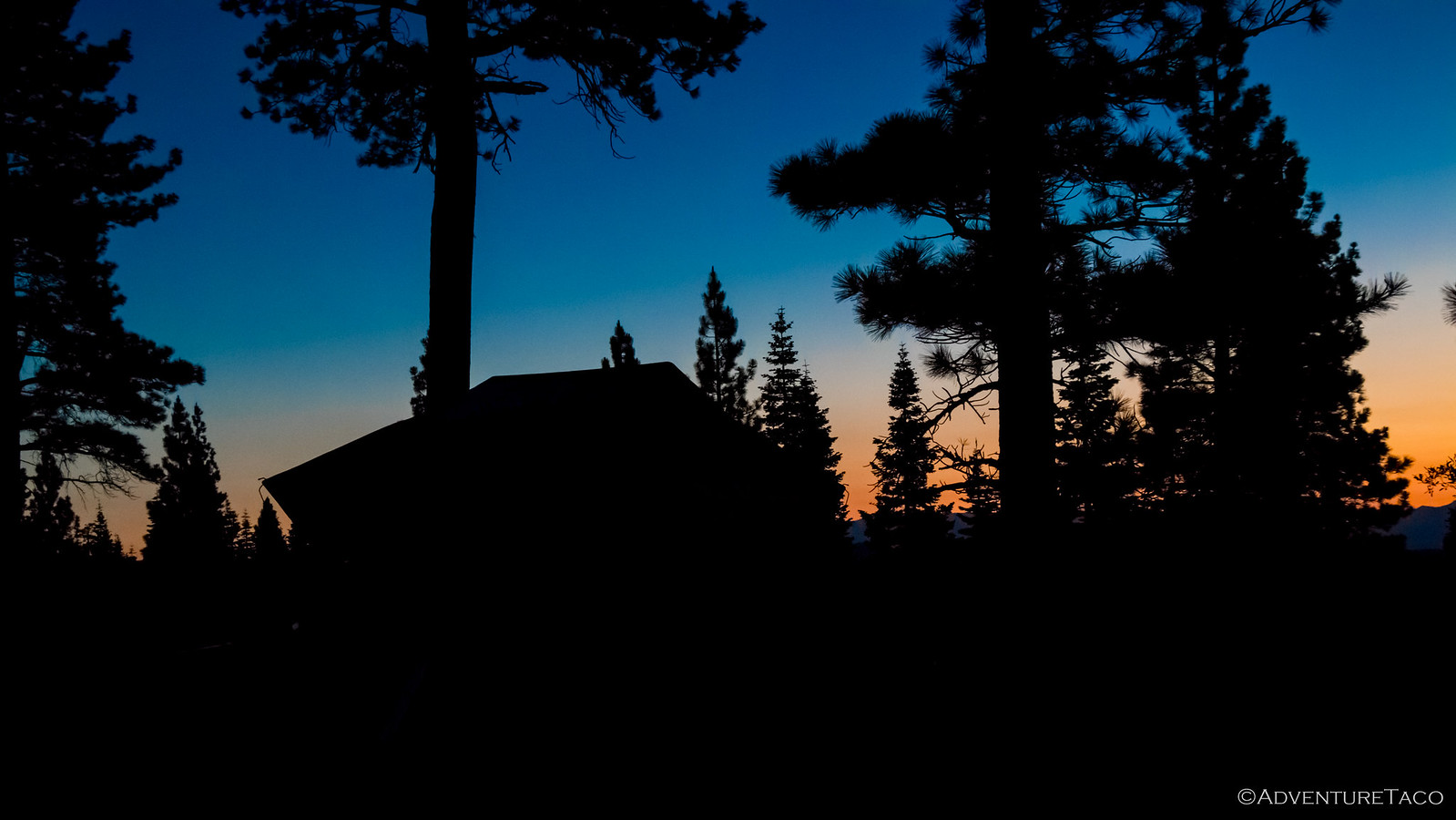 But the warm bed was more magic-er, so it wasn't long before I climbed back up the ladder for another couple hours of shut-eye and reading! Of course, eventually, @mrs.turbodb kicked me out of bed again and I got breakfast ready (cookies...so complicated!) and explored around camp a bit in those special-light hours of early morning. 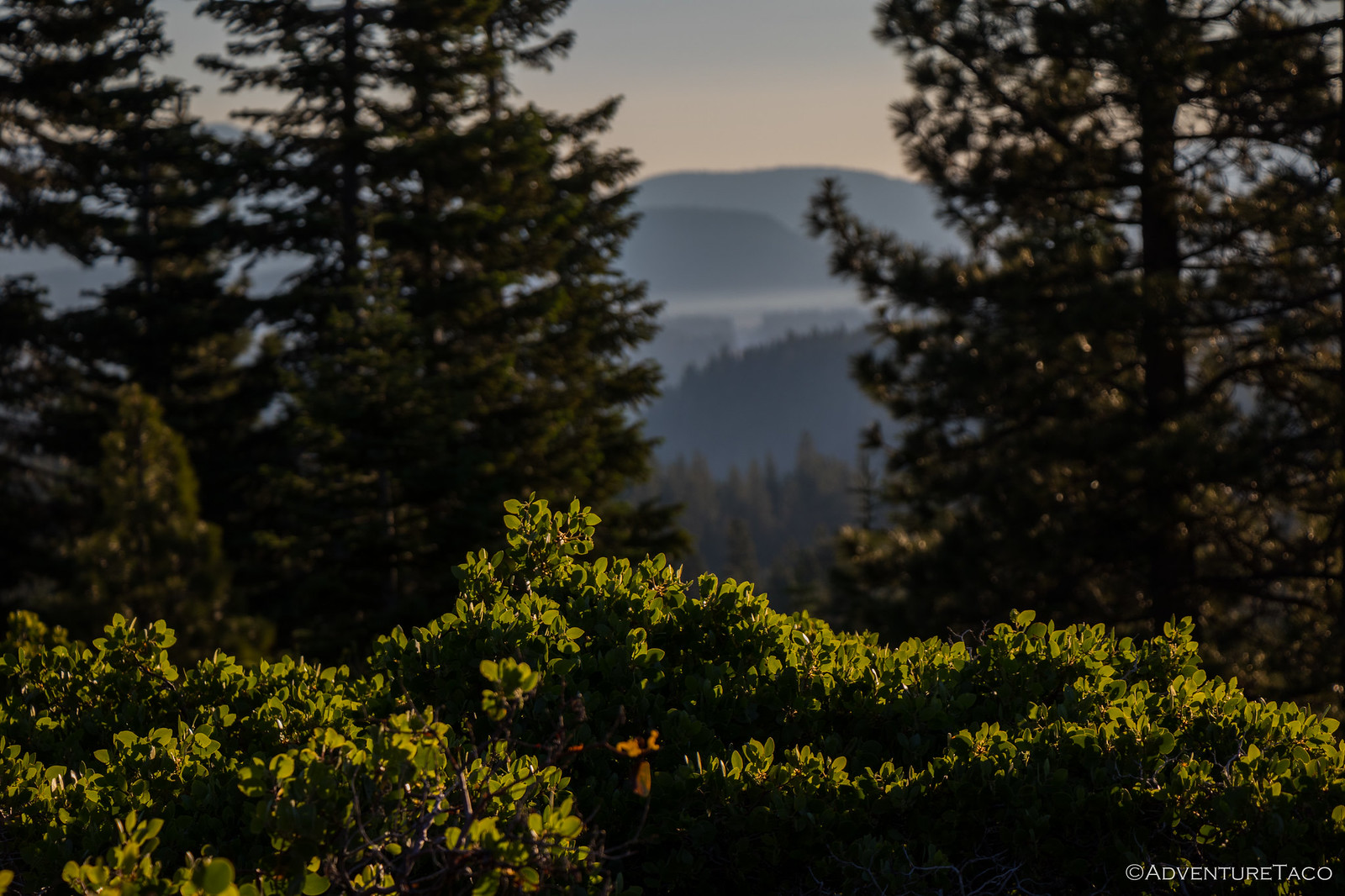 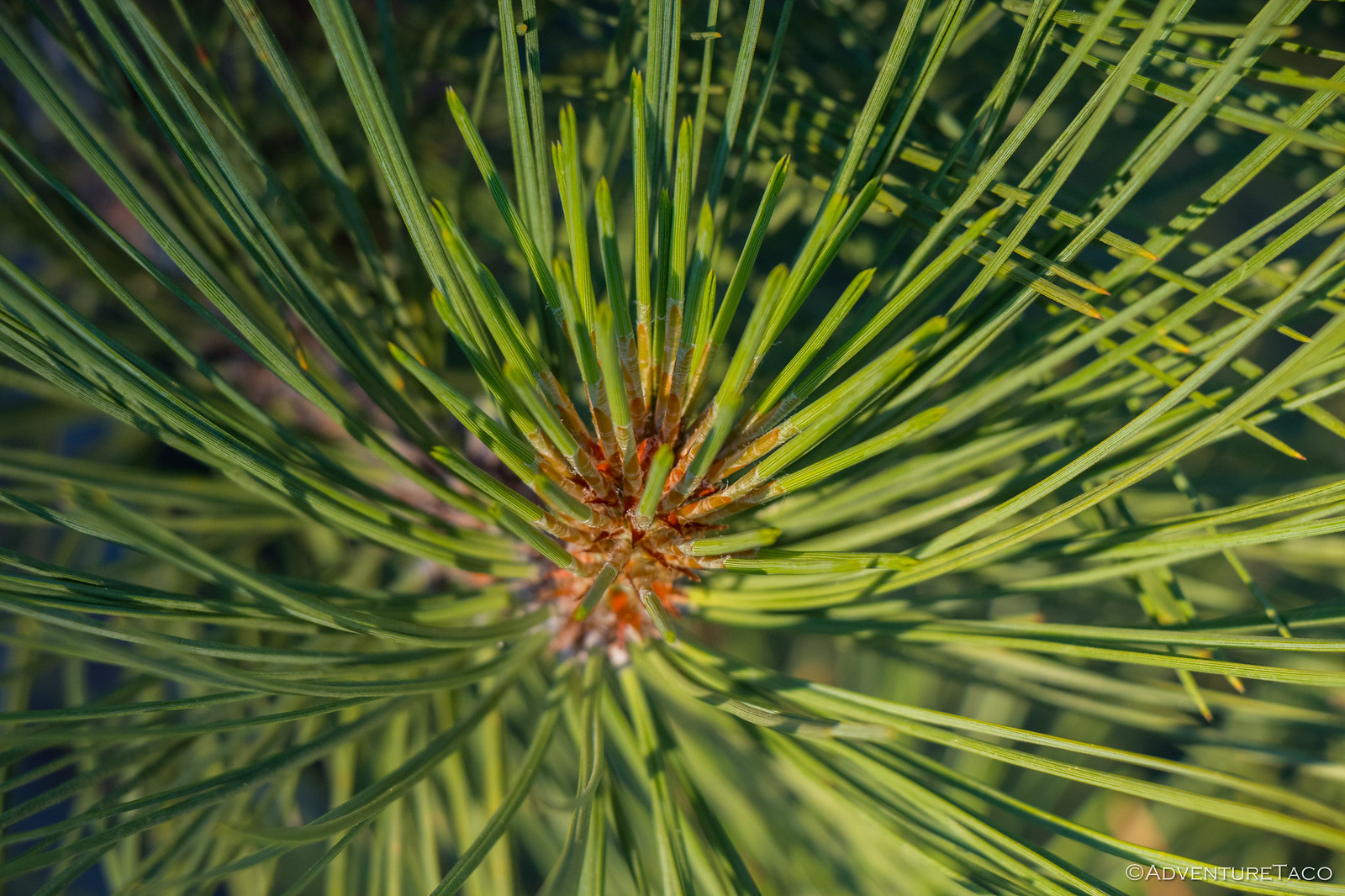 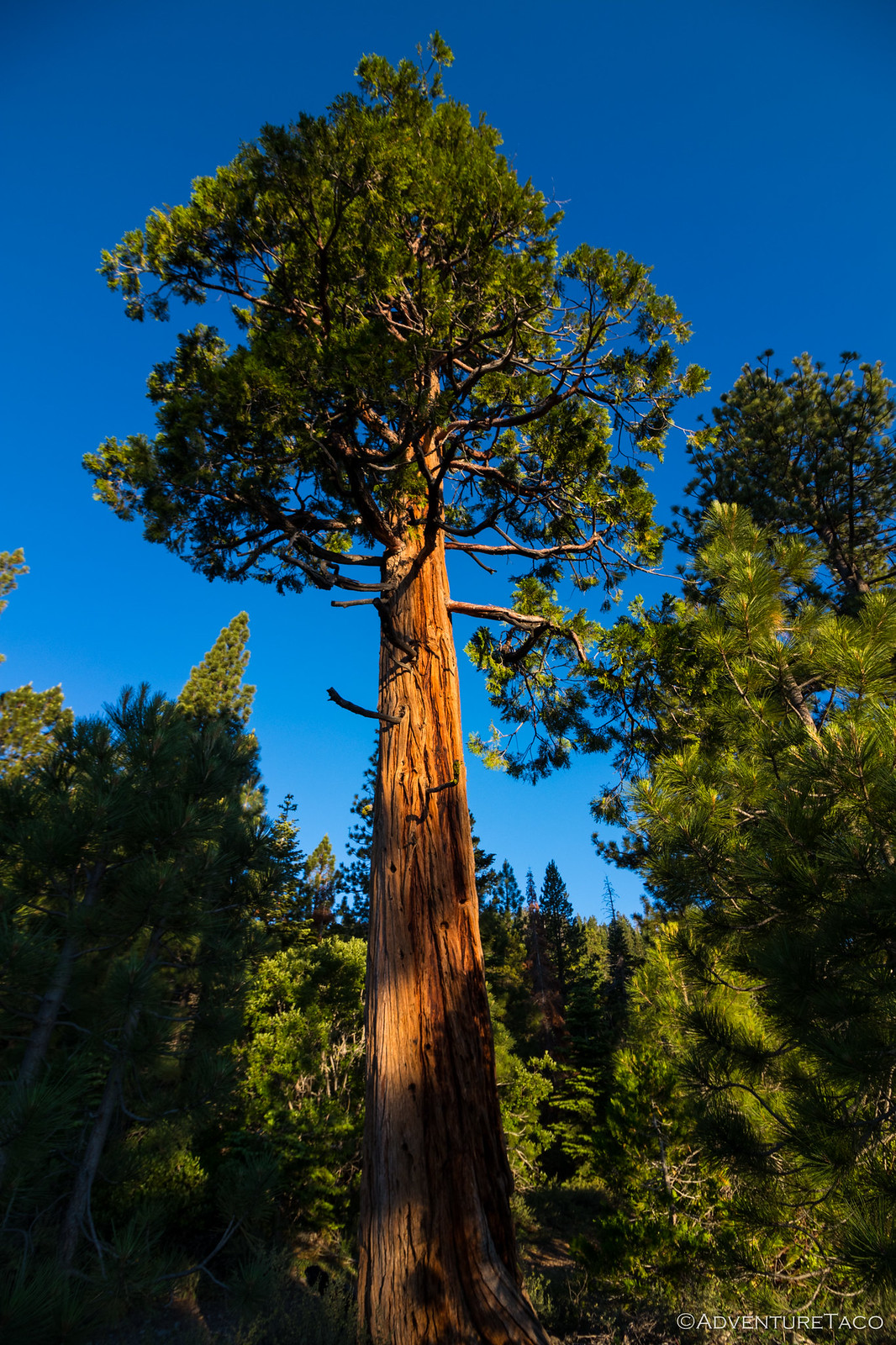 Then, we were off! Happy to be on dirt, we spent an hour just exploring the network of roads we'd discovered the night before - it was great! Overland Trail, eat your heart out. 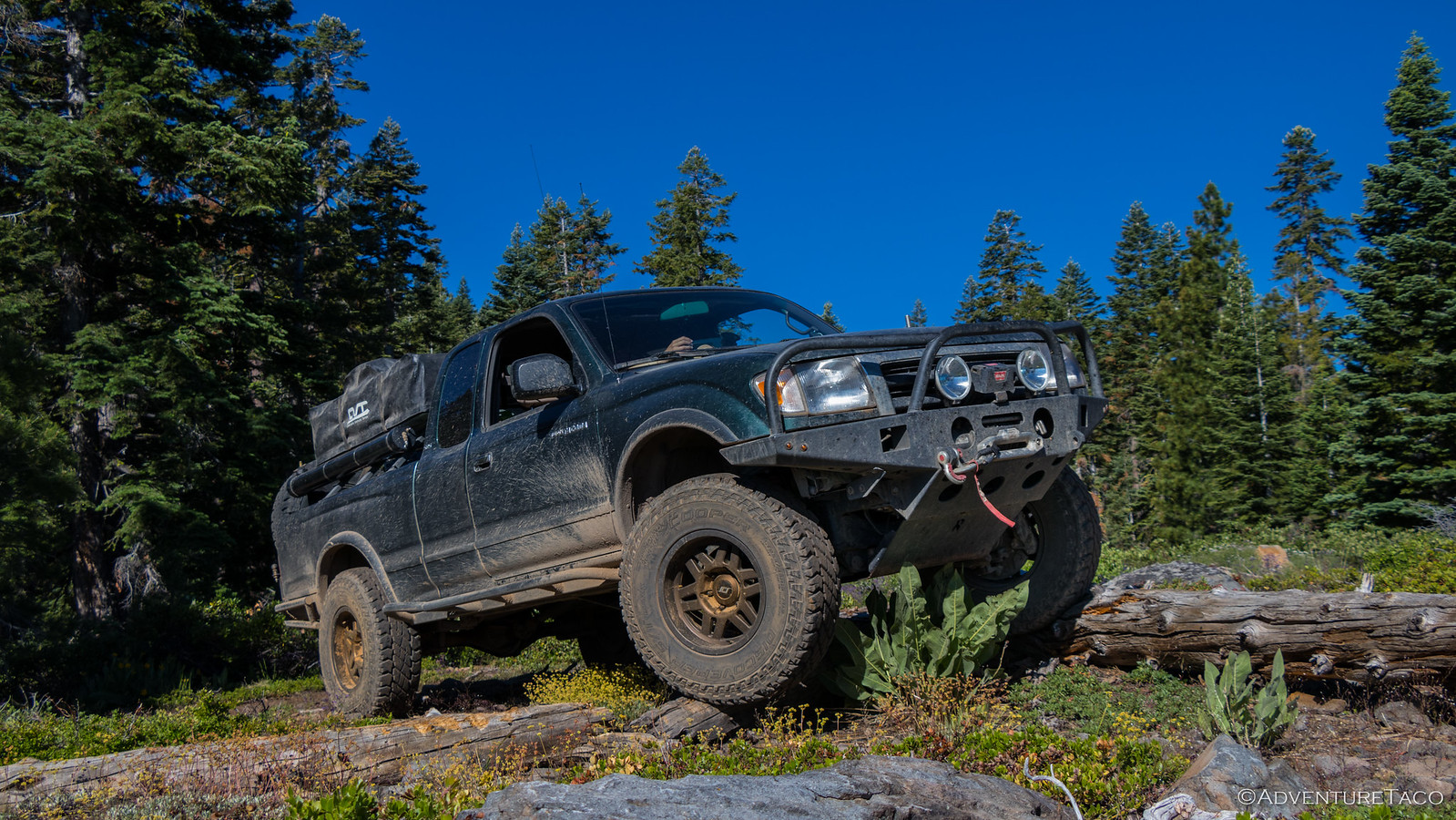 But eventually, we got back on the road. Our goal was the Bay Area, where I'd be dropping of @mrs.turbodb and heading out with my Dad for a week-long trip in the Sierras - the final week of three glorious weeks in the outdoors. 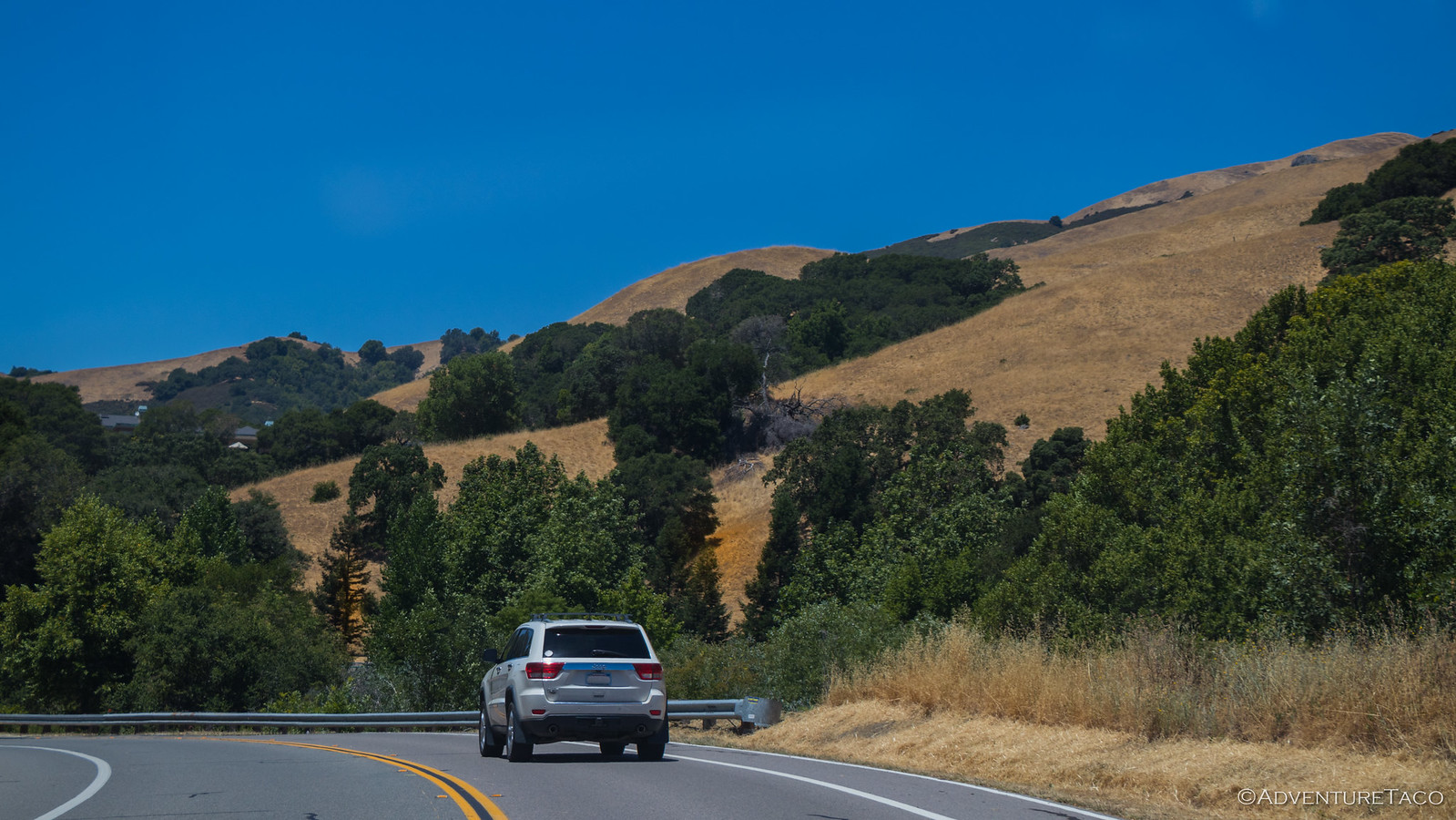 As we pulled in to The Bay, the golden hills and oaks were out in full glory - just a sneak preview of the beauty that was in store from California in the days to come.

...but that's another adventure. 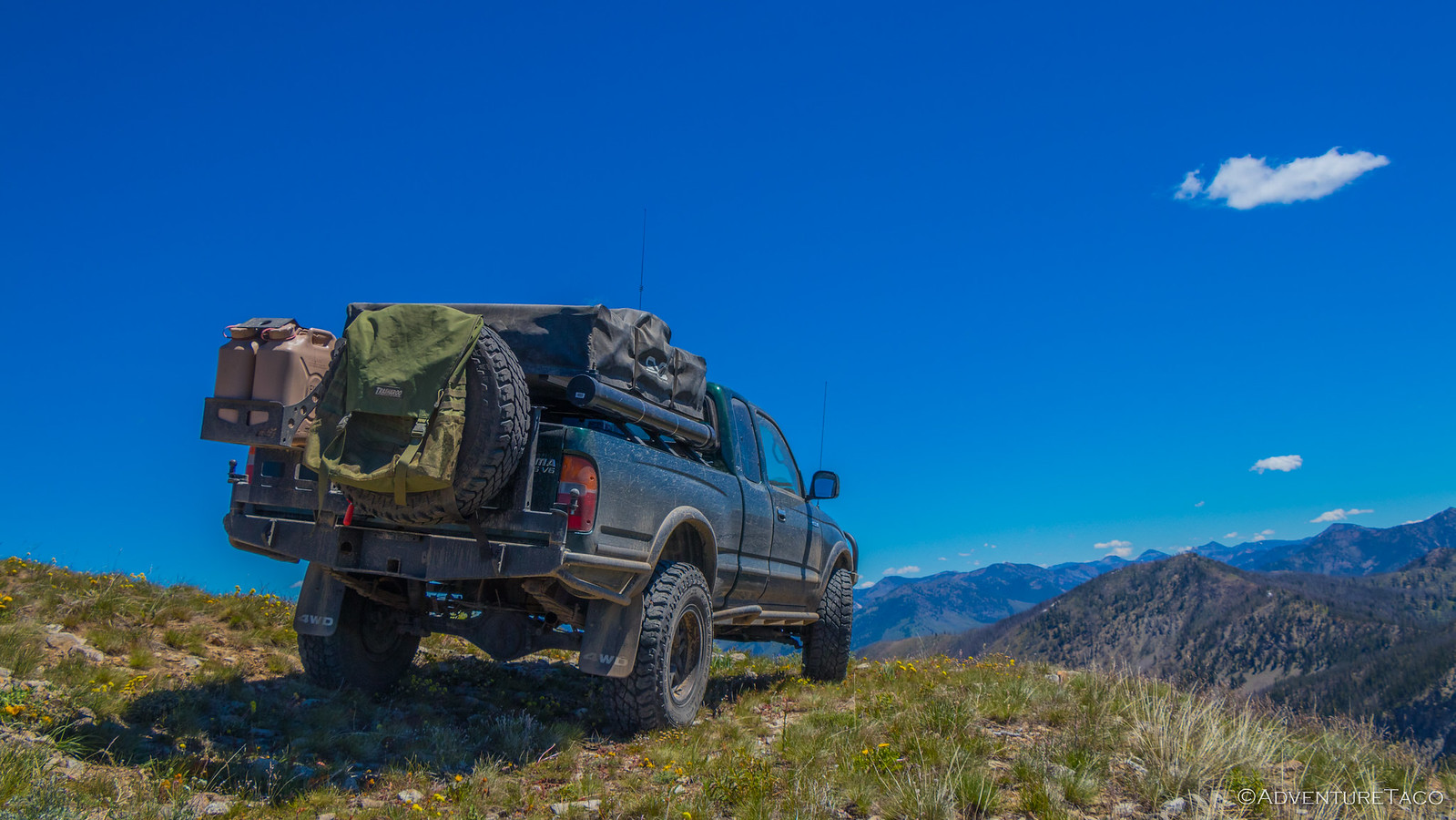