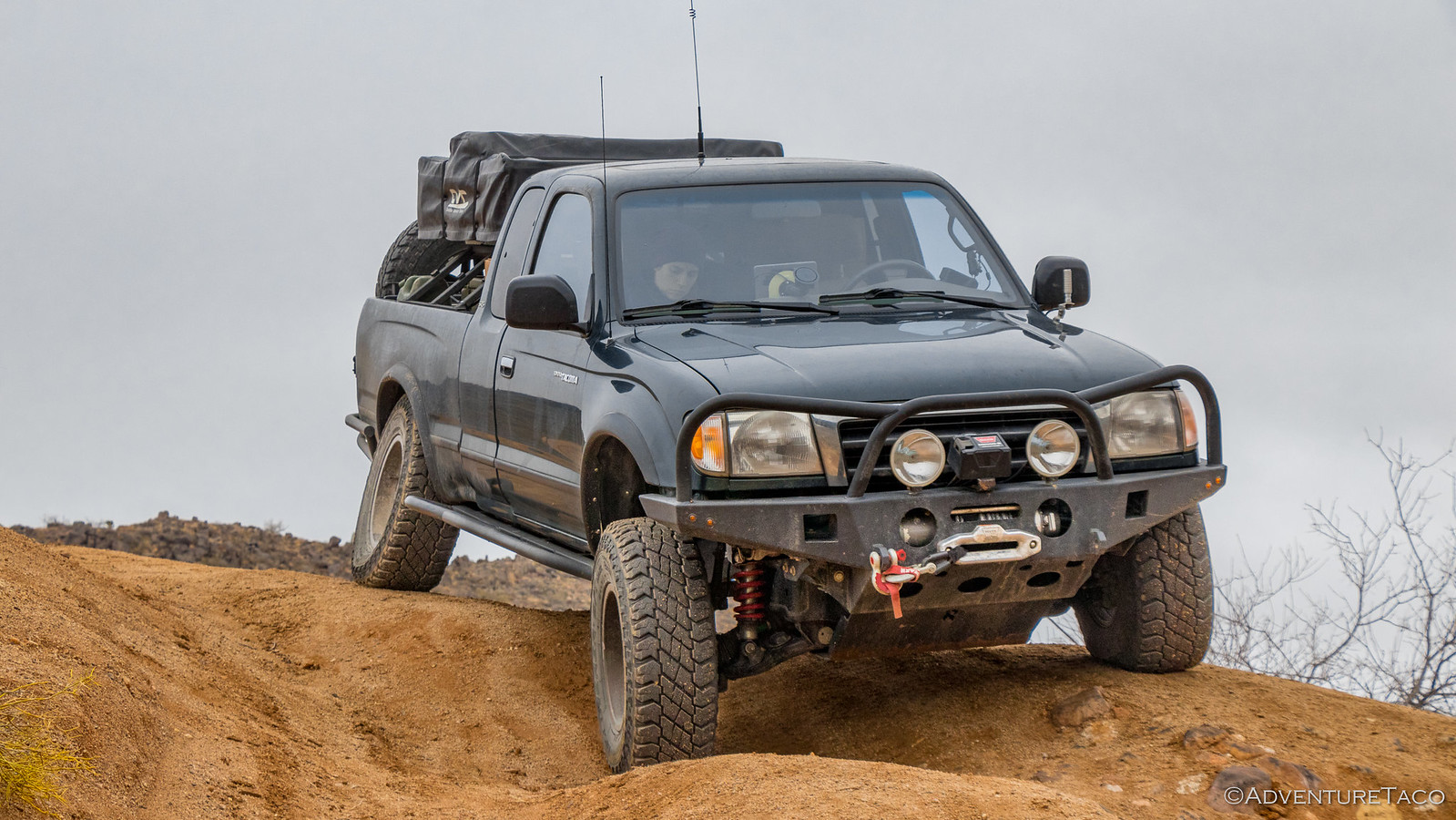 The Mojave National Preserve is probably what most people think of when you say that you're going on a trip to the Mojave. Located just south of Death Valley and just west of the California-Nevada border, it encompasses 1.6 million acres of land that remain largely unchanged for the last 100+ years. The preserve can be visited any time of year and in any type of vehicle, though naturally some locations are reachable only with high-clearance 4WD. Whether you go to visit old mines, climb signing sand dunes, have an offroad adventure, or walk in the footsteps of adventurers of old, leave plenty of time to be awed by what you find. Stop and gawk at the Joshua Trees. Snap a photo of the fiery cholla glowing in the afternoon sun. Just remember - it's our job as to keep it largely unchanged, for generations to come.

Note: While the Mojave National Preserve is largely sandwiched between two major highways, there are areas within the preserve that are extremely remote, with only a handful of visitors each year. Plan accordingly. Know where you can get fuel and water, and carry extra. If you are travelling alone, be extremely cautious - if you get stuck out here, it could be many days before someone else comes along to help.

Our Trips to the Mojave 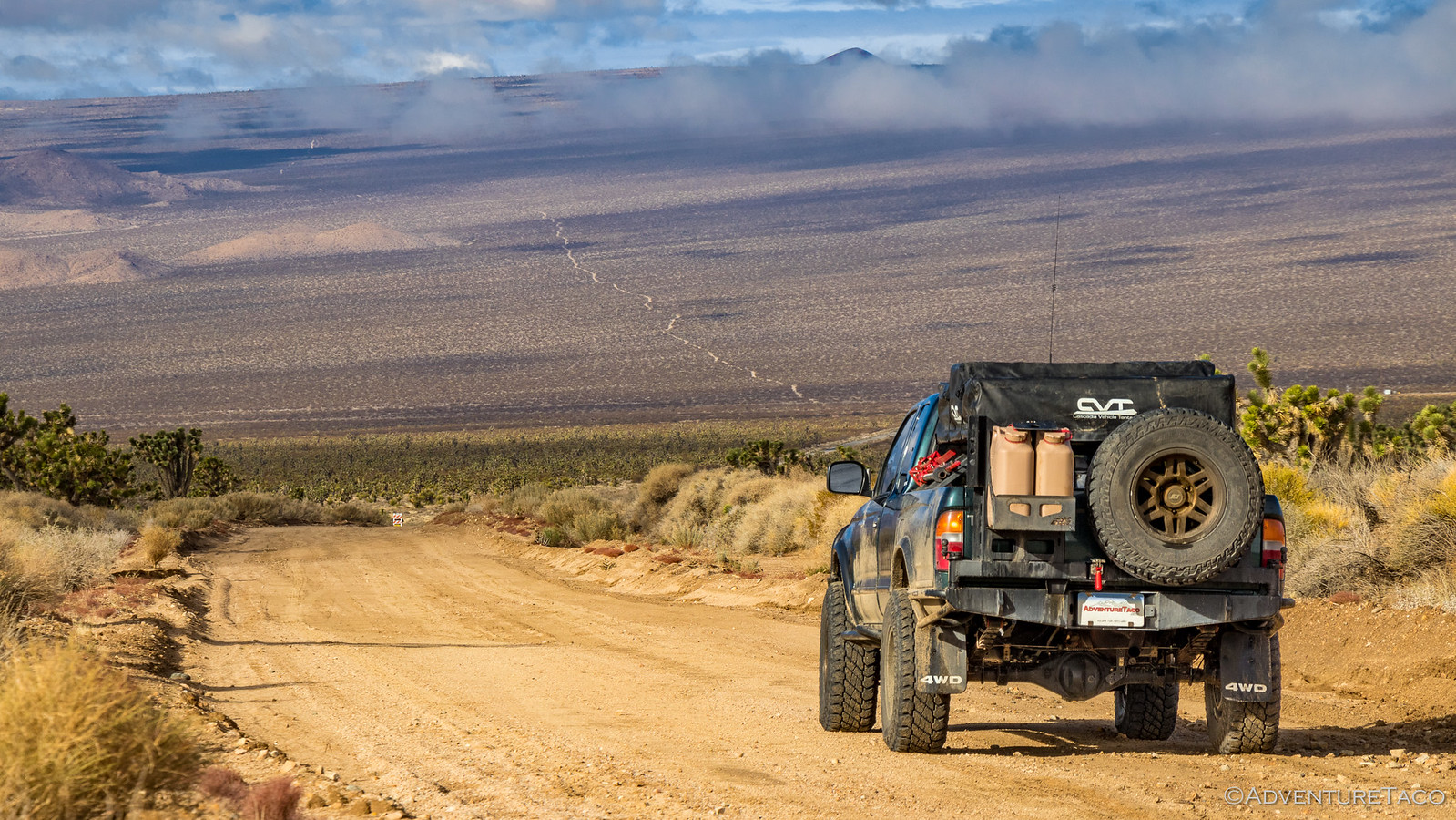 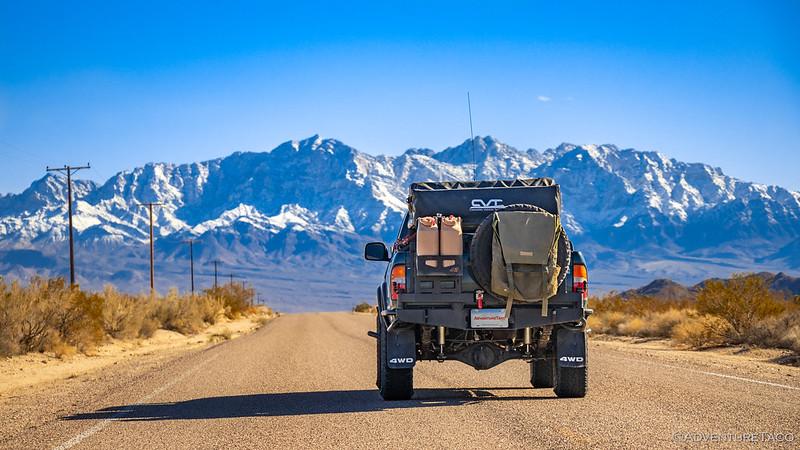 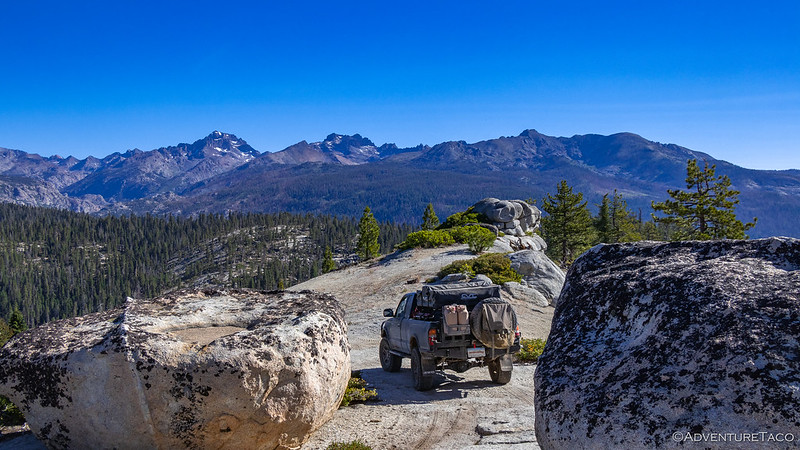 Bridge-to-Bridge in the Middle of Nowhere (Jul 2020) 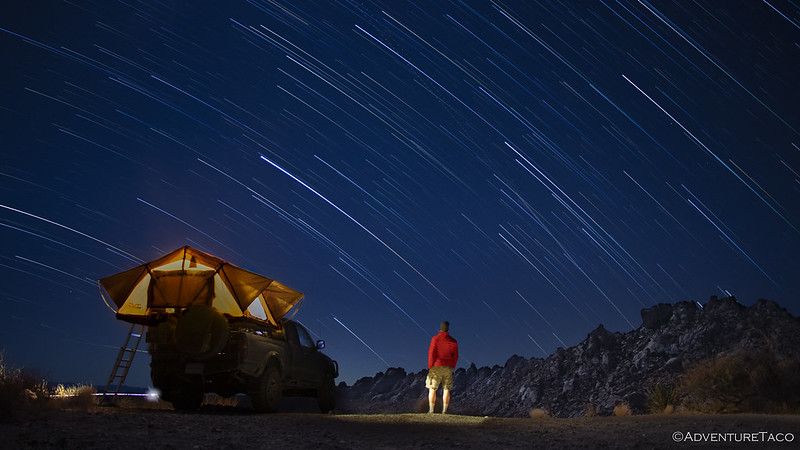 Short Days and Long Hikes in the Mojave (Dec 2020)

If Mojave National Preserve is on your short list of places to visit, here are some highlights worth checking out.

While not as stunning as Eureka Dunes in Death Valley National Park, the Kelso Dunes are quite spectacular and a treat to climb. The road to the dunes can be driven in any vehicle (take it slow if necessary), and the hike can be as long or short as you'd like, with the top of the dunes being a ~3 mile roundtrip. While you're there, listen for the singing that can result from the wind blowing over the ridges of the dunes, carrying sand that makes a noise like you've never heard before! Wander around and find your own path to a place away from the crowds to enjoy the views of the New York and Providence Mountains that rise in the distance. 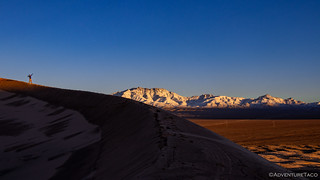 Reasonably close to the Kelso Dunes, Kelso Station was built in 1924 by the Los Angeles & Salt Lake Railroad. It is now the main visitor center for the preserve, with trains continuing to roll through on a regular schedule (of six or so each day). Its stucco walls gleam bright under the sun, and the inside has been turned into a museum. Spend  a few minutes reading up on history of the area, and admiring the various stuffed wildlife that you might stumble on in the preserve. 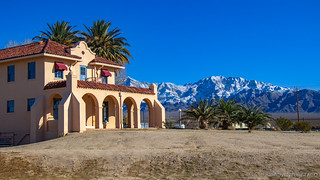 Hole in the Wall (and the Ring Loop Hike)

Technically located in the Providence Mountains, but really closer to what you might hear refered to as Mid-Hills, Hole in the Wall is a great place to see something you don't see every day - honeycombed mountains, and go on a loop hike through a slot canyon where the park service has placed metal rings to help you climb up (or down) a few dry waterfalls. Near the middle of the preserve, all the roads leading here are well graded (or paved), and the hike is just over a mile long - so a great place to take the whole family. I recommend hiking this loop clockwise, which will give you the most dramatic views of the slot canyon and you'll be climbing up the metal rings.

While many of the mines in the Mojave Preserve are historic - 50-100 years old or more, the Colosseum Mine is much newer. As such, the machinery used to excavate was much more modern and the amount of material moved was mindboggling. Make a trip here, literally just to have your mind blown. Head down to the water - which can be over 2000 feet deep - and realize just how far down the workers here dug down into the earth in search of gold. The profitable years for this mine were 1987-1993, with more than $100 million in gold blasted out of the pit at a rate of over 800,000 tons of material per month, that material containing nearly 7000 oz. of gold on a monthly basis. Pro tip: drive to the mine from the east side - starting near the Ivanpah Power Station.

Between the town of Baker and the Kelso Station, the Cinder Cones are a series of volcanic cones that look like big piles of the rocks you might see in the front yard of someone who doesn't favor grass. These cones are hikable, contain several old mines, and are also the site of a hikable lava tube. Lava tubes like this one are formed when molten lava flows down a slope and its exterior cools enough to solidify. Inside this crust, the lava is still molten and flows through its own self-made pipe. In situations where the lava all drains out of the tube - and the tube isn't filled by a future flow - a hollow lava tube remains for future explorers to discover. In the case of this tube, two skylights (cave-ins) exist in addition to the main access - also a cave-in - making for some dramatic photos when the lighting is right. 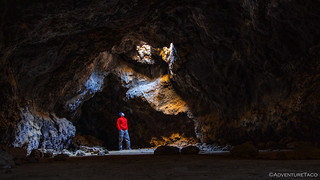 Located along the eastern edge of the preserve along the Old Mojave Road, Fort Piute is a window into the Mojave's past. Built in 1867 to protect the mail route that ran along the Mojave Road, the fort was tiny - though it housed both humans and livestock. As often seems to be the case in the early American west, the mail route was changed to a southern route less than six months after the fort was completed, and it was abandoned. Built entirely out of stone, its walls remained mostly intact until 1930, and are still several feet high today! 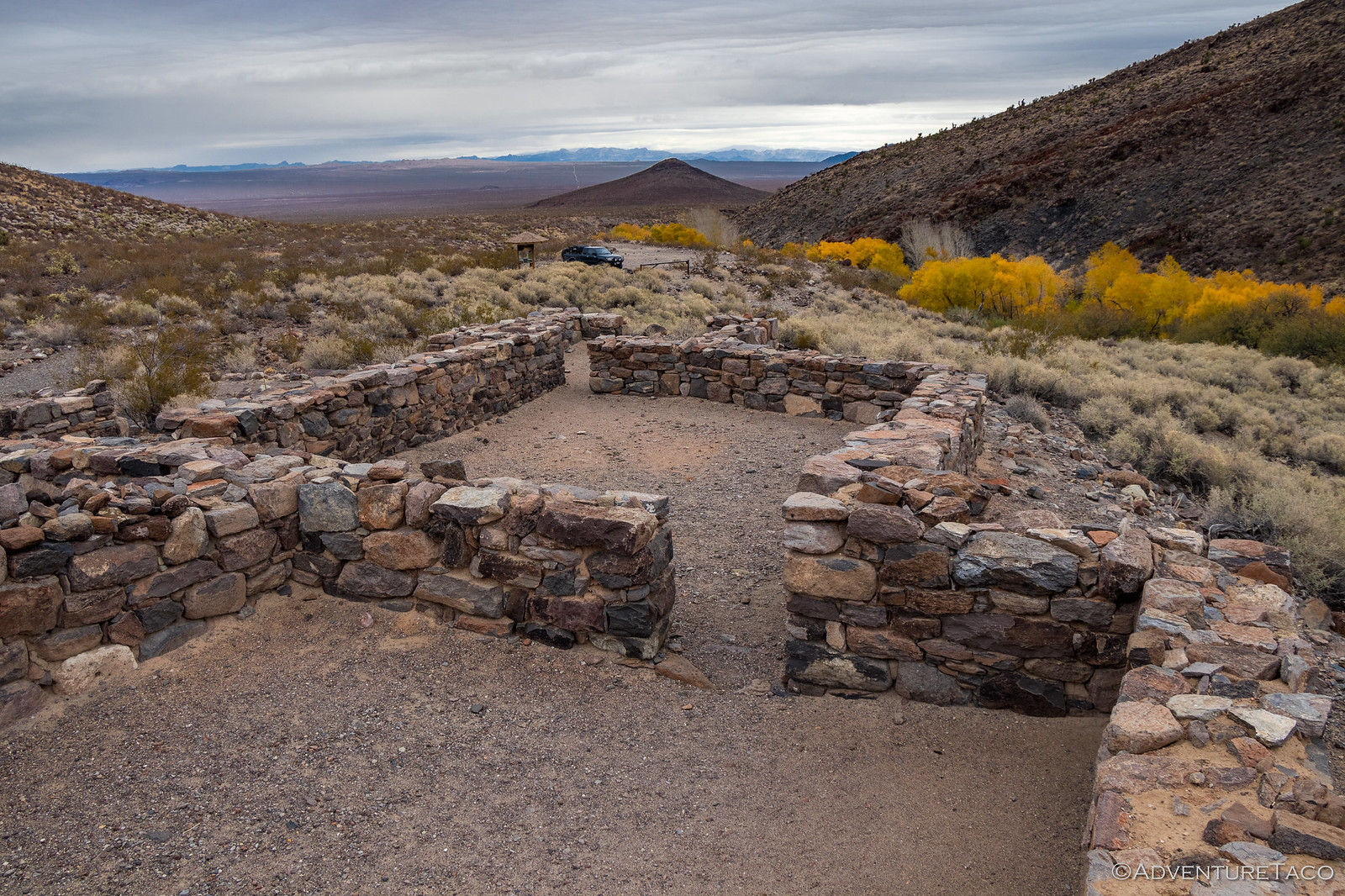 This historic road travels some 100+ miles through the Mojave National Preserve, passing many historic sites - mines, forts, and homesteads - along the way. High-clearance 4WD is recommended for this road, though depending on road conditions, high-clearance may be enough. Plan on at least three days to do this right - you'll want to make side trips from the road to various cool sites along the way. And, be careful of the Dry Soda Lake. If it's not dry, you'll want to skirt around it - rather than getting stuck in its corrosive, sticky, muck.

If you're looking for something off the beaten path, where high-clearance 4WD is a must, look no further than Afton Canyon. Even with a well-built rig, the water crossing at the west end of the canyon is likely to turn you around. 36" deep when it's "shallow" means that there's a good chance of drowning your vehicle if you make the wrong choice, so you may decide to enter at Rasor Road and backtrack the same way to exit. Even if you do, the canyon drive itself is one of my favorite places in the preserve, and one I'd recommend spending at least a full day - if not two -completing. 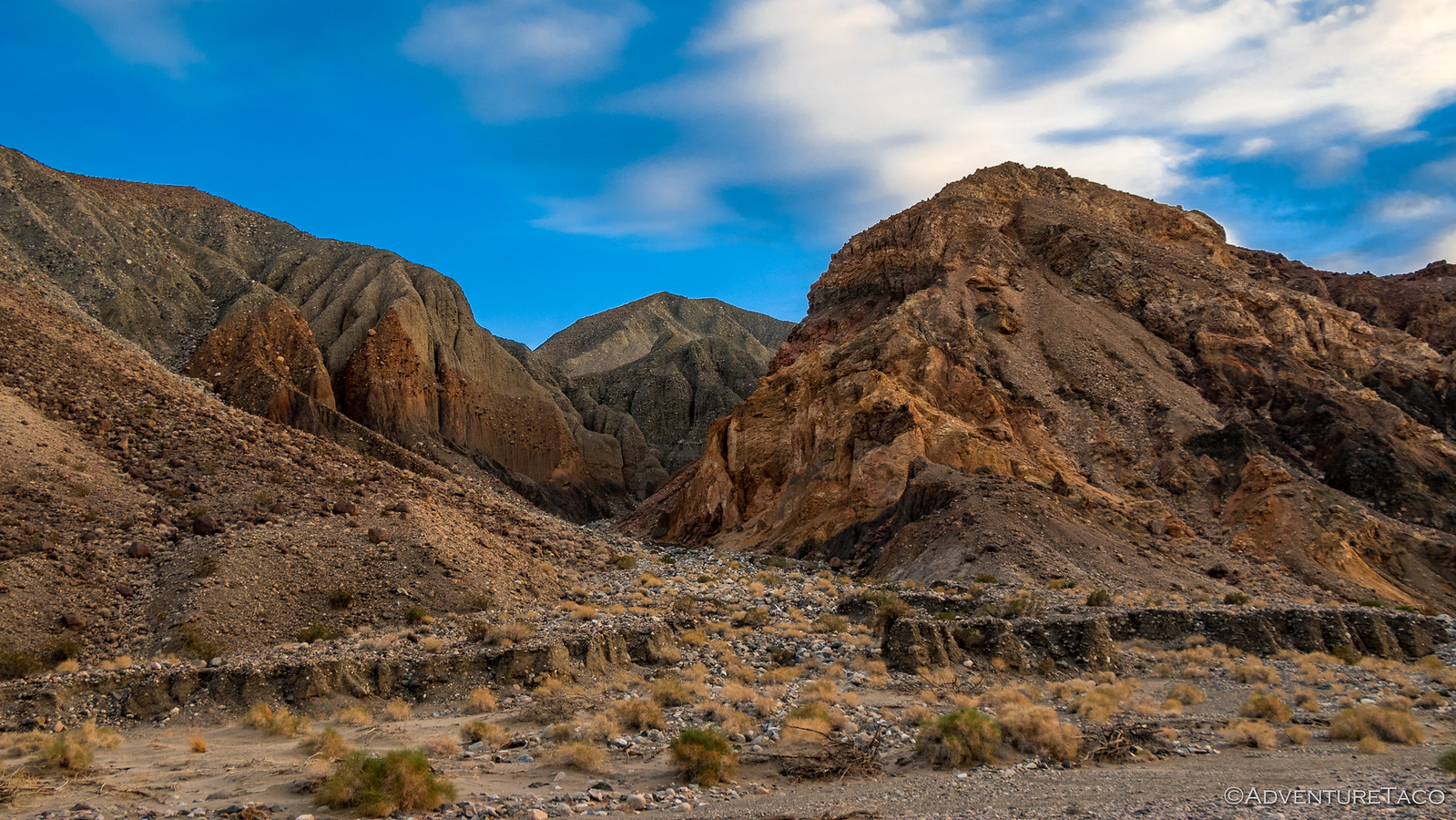