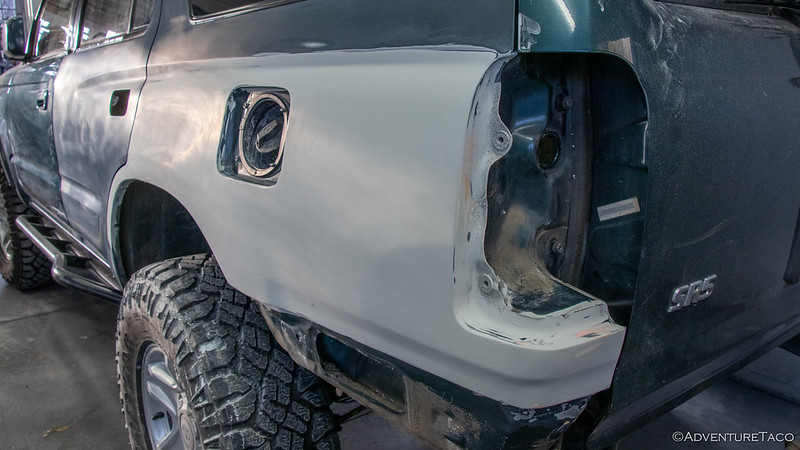 Look at that Bod! Fixing the 4Runner

If you missed the first part of this story, you may want to read 4Runner Accident, and the Saga of Repair when you're done reading this.

It was a Monday morning when we showed up at Jim's Body Shop in Seattle. Arriving a few minutes after they opened, they were in the process of assessing where they were on their various projects and one of the guys made an off-hand remark that they might be "overbooked." I wasn't worried though - in my dealings with Humberto, he'd seemed genuinely interested in working on the 4Runner - and a few minutes later we were handing him the key and showing him two things: first, all the parts we'd brought for replacement (turned out I could get them cheaper than he could). And second, that the tailgate wasn't closing quite right after the accident, so that he could make sure to get that working correctly as he straightened the sheet metal.

"No problem, we'll take care of it," said Humberto. 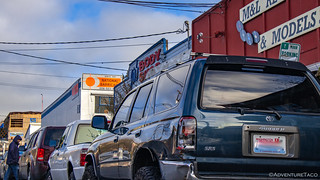 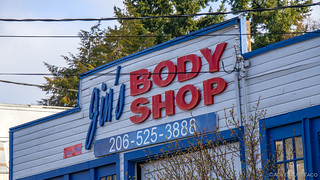 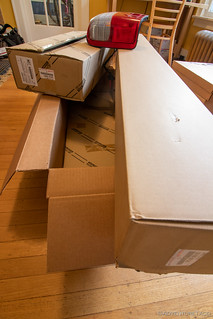 Well, from there it was a lot of "no work" for us. With an estimate of "about a week," until we got the 4Runner back, it was now just a waiting game. Anyone who knows me, knows that I'm not a big fan of waiting; I like doing. I'd considered asking if I could come to visit and take photos as they were working on the 4Runner, but decided that I'd probably be a better customer if I just let them do their thing.

Jim's does happen to be reasonably close to where we drop off and pick up @mini.turbodb for school, so each day I wandered by to check in on the progress. In the beginning, it was quick and dramatic - the various bashed bits removed and the quarter panel pulled back out to its original shape, and some filler applied. 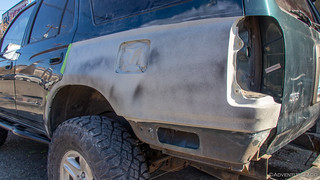 Then, it sat for a couple days. Understandable given that there always seems to be a fleet of vehicles in various states of repair at Jim's, and a constant flow of happy customers going in and out.

On Friday, I showed up and the 4Runner - usually parked outside while they were working on other jobs - was nowhere to be found. @mini.turbodb and @mrs.turbodb happened to be there with me this time, and when Humberto noticed us poking around he beckoned us inside - the 4Runner was in the paint room. Painting had not yet begun.

But it was sanded, prepped, and ready to go. And it looked great. I could see after the sanding that places with filler were quite well done - the quarter panel itself had been mostly restored to its original shape. Very cool! 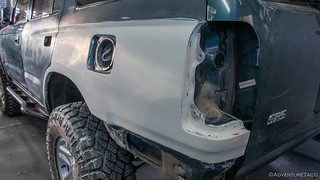 Well, I don't know exactly when it got painted, but when I stopped by on Monday, it was back outside and looking spiffy. Really, that rear quarter panel and door (which had been blended) were the best looking parts of the 4Runner at this point. 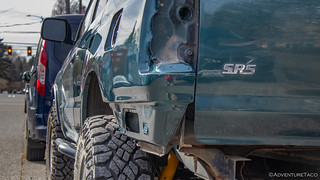 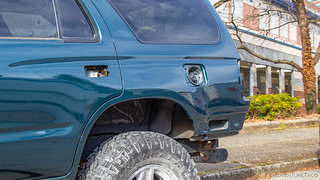 The next day @mrs.turbodb got a call from Humberto - the 4Runner was ready. Happy to get it back, I headed down and happily forked over the under-the-original-estimate amount that Humberto told me was the final cost, and thanked everyone in the shop profusely. The truck looks great, and while I lost too many hours of my life arguing with Safeco about it, now it's back in action and ready for it's next adventure! 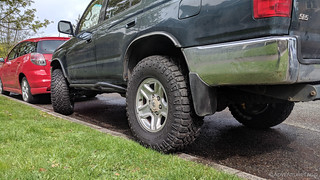 I can say with no hesitation that I highly recommend Jim's Auto Body. I don't know if Jim is even really around anymore, but as long as Humberto is, you'll be in great hands!

[Update] Turns out the good folks at Jim's took some photos of the 4Runner while they were painting it between the time I saw it sanded, and my discovery of it finished. Sweet! 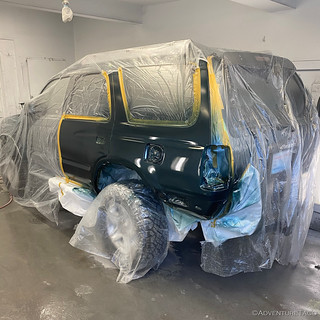 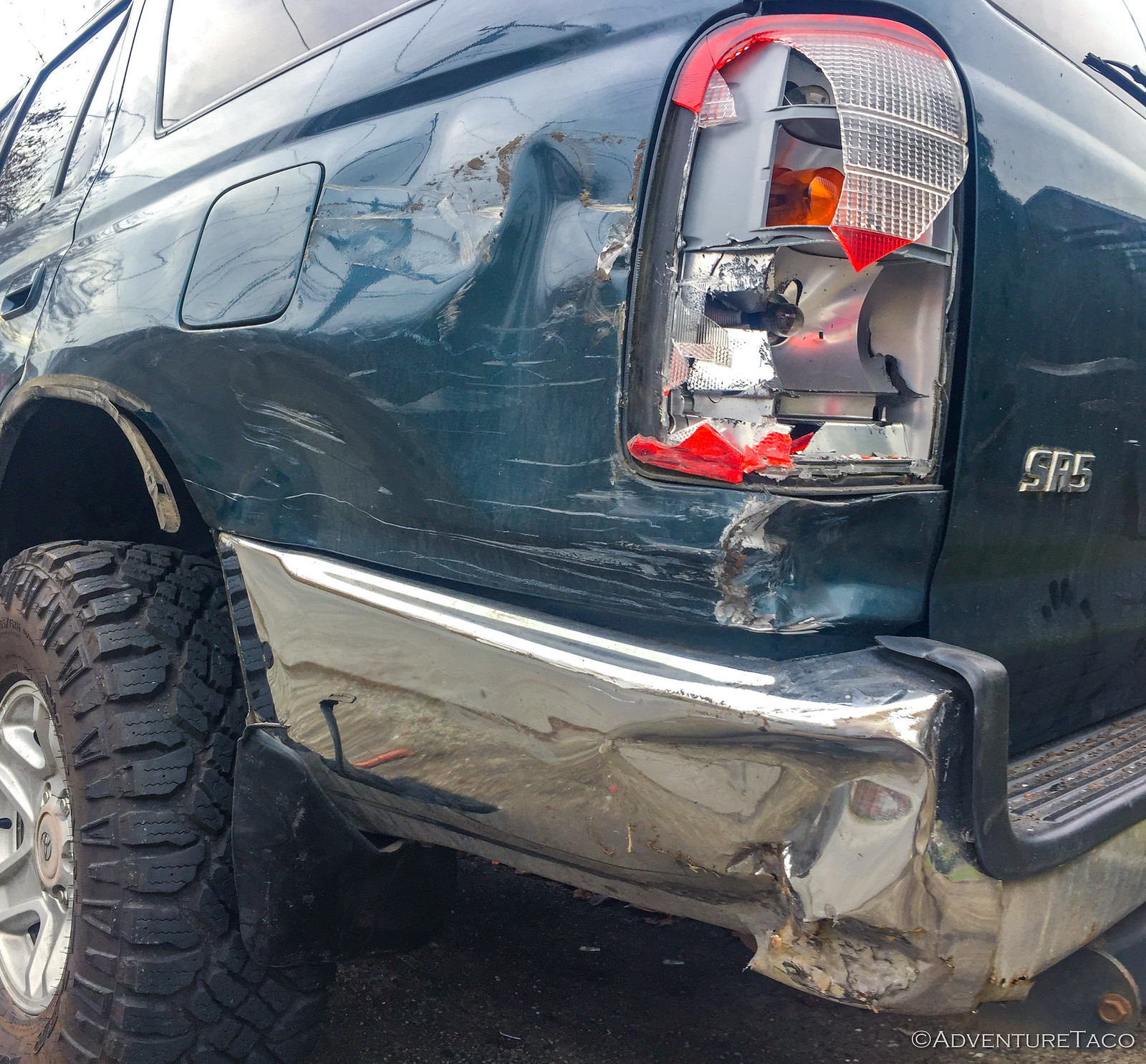 4Runner Accident, and the Saga of Repair

Look at that Bod! Fixing the 4Runner