One of the things about starting to use the truck on more trips is that it ends up with a lot more miles. And more miles mean more frequent oil changes. In the past, I've always taken it to the Toyota dealer. I figured, "Why not, it's only $29, and then I don't have to worry about having the right tools, spending the time, and they'll do it best - with a lift, etc."

Of course, what really happened was that they cross-threaded my OEM skids several times when they re-installed them (it's easier to change the oil if you take off the skids), which I found out recently as I've been doing more work on the truck myself.

At any rate, several months ago I got a great deal on Pennzoil Platinum 5W-30 full synthetic motor oil that I just couldn't pass up - 5 quarts for $17, with a $10 mail in rebate - so a total of $7 buckaroos. I also got a case of 10 OEM 90915-YZZD1 oil filters for $40, which brought my grand oil change total to $11 per change. Plus, I've been accumulating all of these new tools to work on the truck as I've been installing the various mods this year, and so I thought - "time to start doing my own oil changes."

The first change - back in March - went without a hitch. The oil drained out no problem; the oil filter came off without using a wrench; I didn't spill too much oil during removal; refilling was simple with the 5 quart container and a funnel. Oh, and it was super spacious with the truck up on the floor jack.

But the second oil change. It was more frustrating.

Things started off just fine. With the new Relentless skids, I decided I'd leave them on the truck rather than remove them (which is a real ordeal given their weight). That's not a problem, as there's an access hole for the oil, so I removed the bolt and drained the oil with very little spillage. So far, so good. But then, as the oil was draining into my catch basin, I reached up to remove the oil filter, and things started to go south.

Now, it should be mentioned that the engineers behind the oil filter positioning on a first-generation Tacoma were clearly crazy. The filter is nearly inaccessible (you can't see it from the top or bottom of the truck), and requires contortions to reach your hand up under the radiator, over the front axle, and over to the engine block, where you'll find about ½" of clearance to get at the filter. (I should mention - you can alternatively break several plastic anchors each time to remove a flexible rubber guard between the wheel well and oil filter, but then you're buying a bunch of anchors each time you change the oil, and the access isn't really any easier.)

So I got my hand up in there and turned counter-clockwise. Having hand tightened it myself the last time, I was sure I'd have no problem getting it off - but apparently the last six months have seen me age dramatically and my strength isn't what it used to be. After 20 minutes of nearly dislocating my elbows and shoulders, I submitted.

This wouldn't have been as big a deal if I'd hadn't returned (to amazon) the oil filter wrench I'd purchased to change my oil in March. But since the filter had come off so easily, and since I'd hand tightened the new one myself, I figured I might as well get my $10 back. Damn.

No oil in the truck and no wrench in the toolbox, I walked to the auto parts store where I purchased an oil filter cap wrench and headed back to finish the job. But of course, the cap wrench I'd gotten was for filters my size and slightly larger, so it continued to slip off every time I tried rotating it!

That left me with a dilemma: should I buy another one of those strap wrenches (which would have a hard time fitting up in the Tacoma, or should I just leave the old filter on there and order the original (self-tightening) cap wrench from amazon that'd purchased before? I ended up deciding that I should get the wrench I really wanted from amazon - a Lisle 63600 - and so I replaced the oil pan plug and filled the truck up with 5.5 quarts of clean oil. 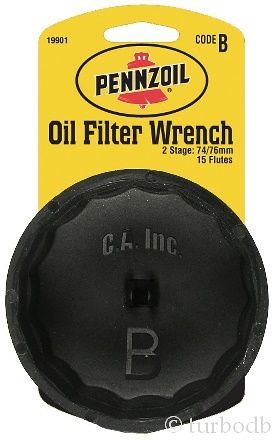 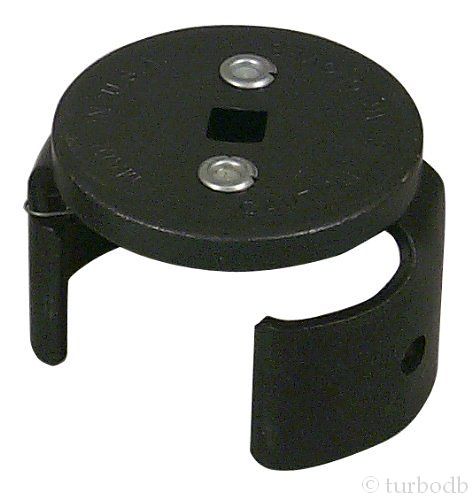 A week later I had the new wrench in hand and I was itching to get that filter changed. Of course, I had no idea if doing so (without first draining the oil) would result in several quarts of oil all over the ground, but I figured that there was no way that the oil filter could be submerged at rest - that would be crazy. So with a bit of help from @mini.turbodb, we got the car back up on the floor jack and I changed the filter (with minimal oil spillage).

The new filter is on there hand-tight, but definitely looser than last time. And I feel better knowing that I don't have all that new oil running through an old filter.

Published in Tacoma Maintenance; experienced on 2016-10-09