With a long trip ahead of us, we were up early - everyone climbing down ladders around 8:00am, and ready to head down the mountain by 8:30am. We'd survived the night without getting hit by lightning, and even the rain had stopped sometime in the wee hours of the morning, making it easier to put everything away (still wet, but at least not in the rain).

As we headed down Rimrock Road towards Fruita where we'd refuel and part ways, there was only one more obstacle for us to maneuver - the ticket station at the entrance to Colorado National Monument.

When we'd come in the day before, we'd come in the "back way" - basically from a dirt road that started in Utah. Our hope was that going out today, we'd just drive by the still-closed ticket station, but as we neared it, there was a sign - "Stop and show pass. 8AM - 6PM" - uh oh.

Since I'd suggested this route out, I let everyone know that I'd pay the fee for all three of us as Monte (in the lead) pulled up to the window. He waited for a few minutes for the ranger to free up from people coming into the monument and then had a great conversation with her:

Monte: Good morning, do we need to pay?
Ranger: I don't know, where are you coming from?
Monte: We came in from the Dolores Triangle Trail, from Utah.
Ranger: What's that?
Monte: It's a road that starts in Utah.
Ranger: Never heard of it, just go on through.

And with that, we were once again on our way. Eventually, we'd enter the outskirts of Fruita, and the Shell station where we'd part ways. Mike and I heading toward Seattle (via Boise), and Monte and Devin headed back to Wyoming (via McDonalds across the street).

Laughs, handshakes and hugs all around, "Welcome to the crew.", and "Thanks for an awesome time." were our parting words as we went our separate ways.

And then, there were two.

Mike and I had a long drive in front of us. Mike was planning to stop at Ben's for the night (a little over half way) but I was going to try to make it all the way, stopping to have dinner with Ben and Kirsten before continuing on, hoping to get home by 2:00am or so - after a 17 hour drive.

We made good time, maintaining the magic 72mph for much of the trip, stopping only for gas and a quick lunch at Wendy's on our way to meet Ben and Kirsten.

Out of Colorado and into Utah. Through heavy rain and strong headwinds. Through Salt Lake City and ultimately into Idaho. 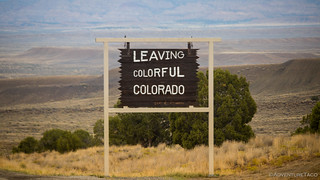 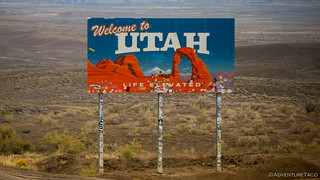 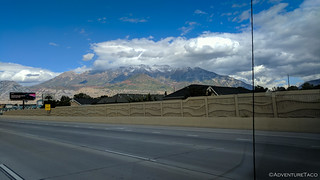 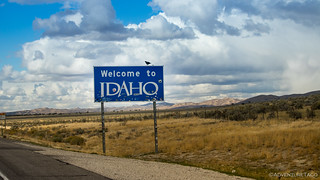 We kept going - driving, listening to our radios, chatting on the CBs. Not quite as lighthearted as a few days earlier when we knew there was more "out there" in front of us. We kept going, into the evening - the Tacoma's that had so reliably crawled us over ledges at 1mph now taking us home as if it was all in a normal day's work. 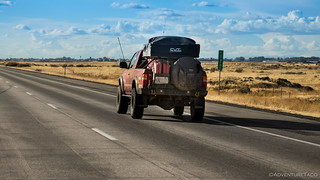 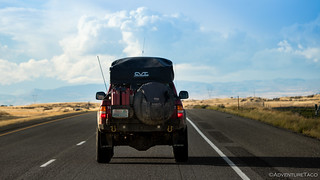 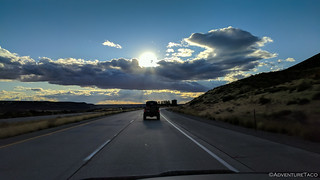 Just as the sun was setting we pulled into the parking lot where we were meeting Ben and Kirsten for dinner. We immediately spotted Dante (Ben's new Inferno Orange Tacoma) and surrounded it. Afterall, given the owner, I think it's safe to say it's still family, even if it is a third gen! 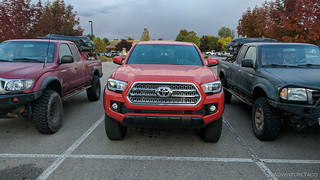 As we ate dinner Mike and I got to share a few key stories of the remainder of the trip that Ben and Kirsten hadn't been around for - good for both sides, since it allowed us to extend our trip just that much longer.

And then I was off. With another 8+ hours of driving, I had to leave before everyone else, but I was glad to have stopped - these were great people.

And then there was one.

Traffic was light as I travelled through the night. A notification at midnight that Monte and Devin were home safe was welcome news. And then, at 3:02am, I finally pulled into the garage and let everyone know that I too had made it home without incident.

The next day, I'd get a text from Mike that he too made it home safely.

And so, we were done. An epic, 15 day, 4031 mile adventure was complete. It was nothing we'd expected and yet more than we'd hoped. New places, new experiences, and best of all - new friends who share the same love for the outdoors!

Get out there and adventure. You're ready now. Don't wait. 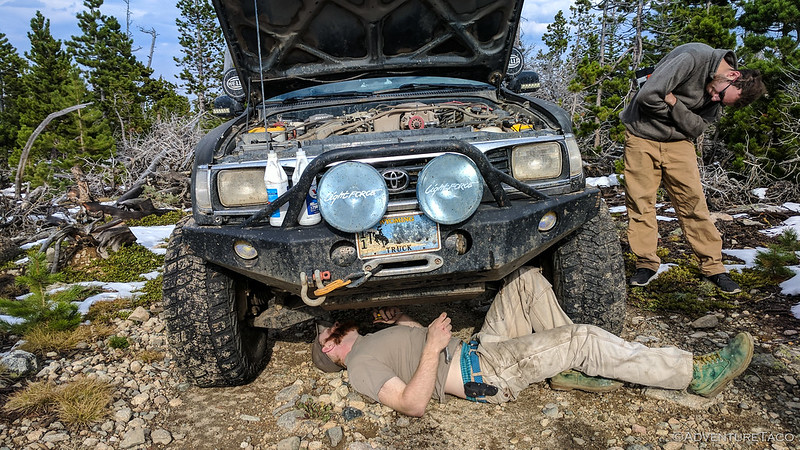 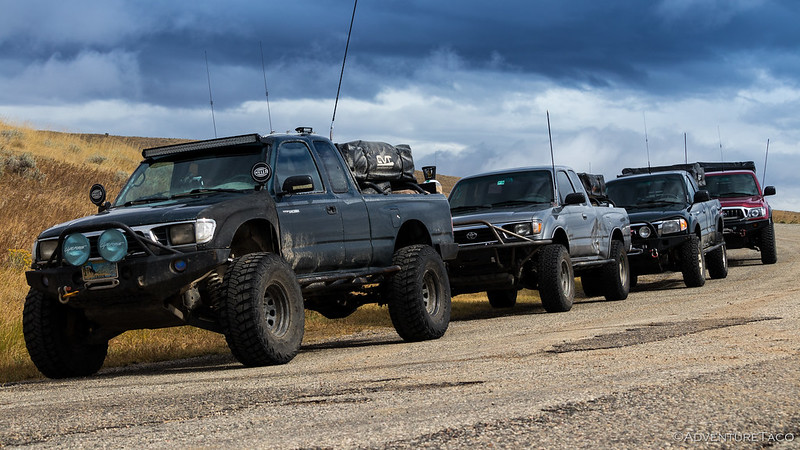 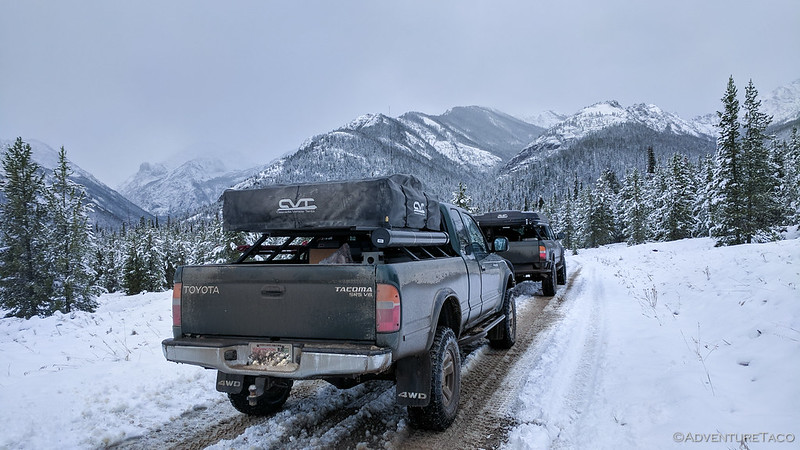 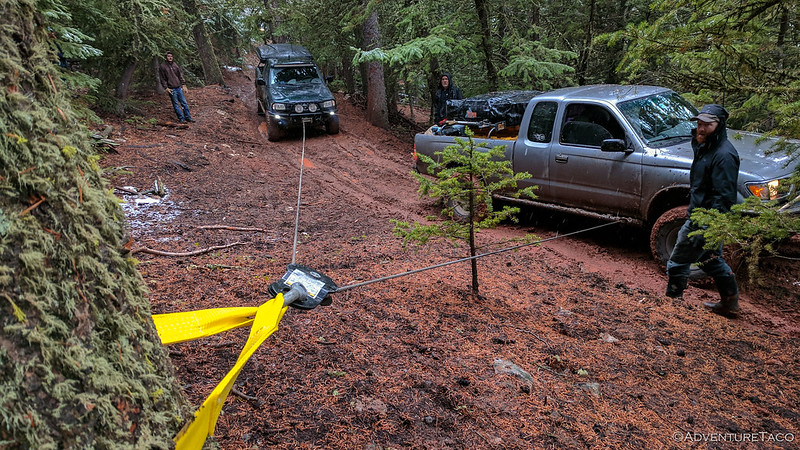 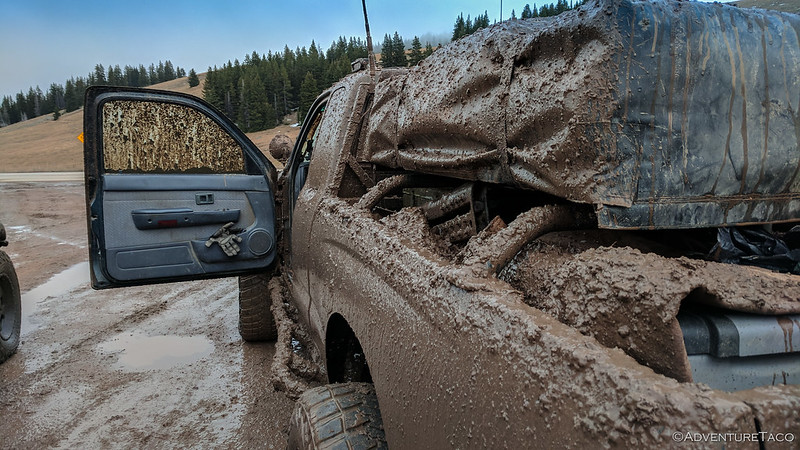 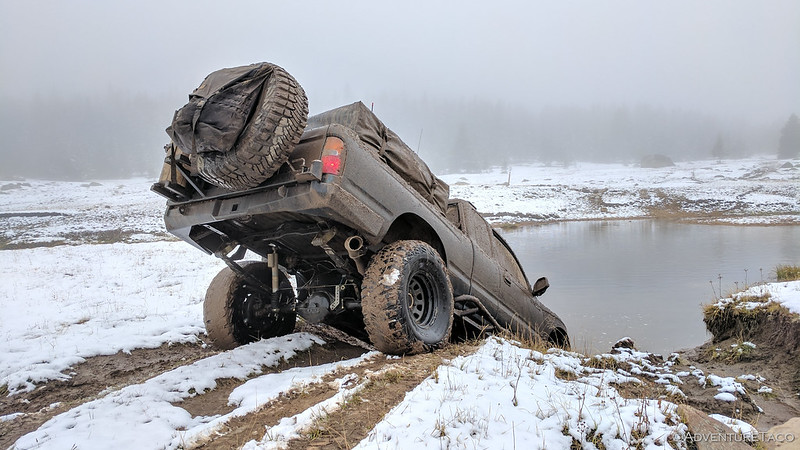 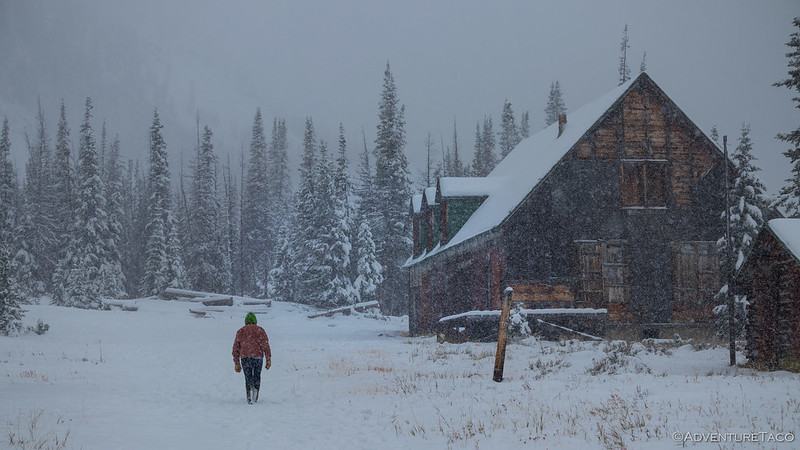 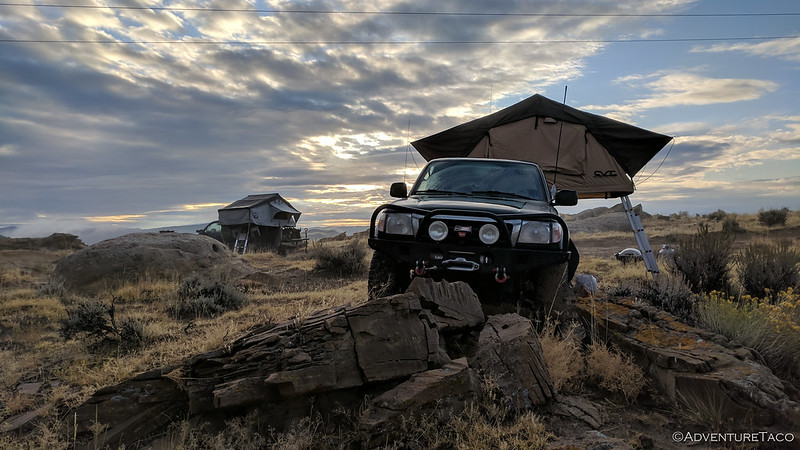 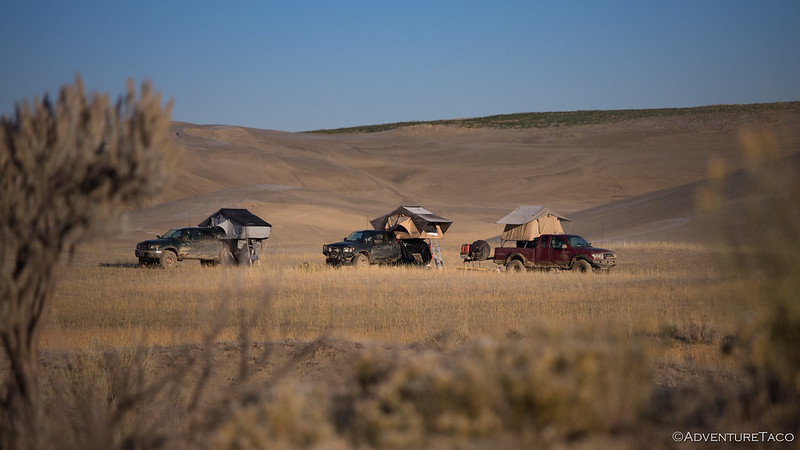 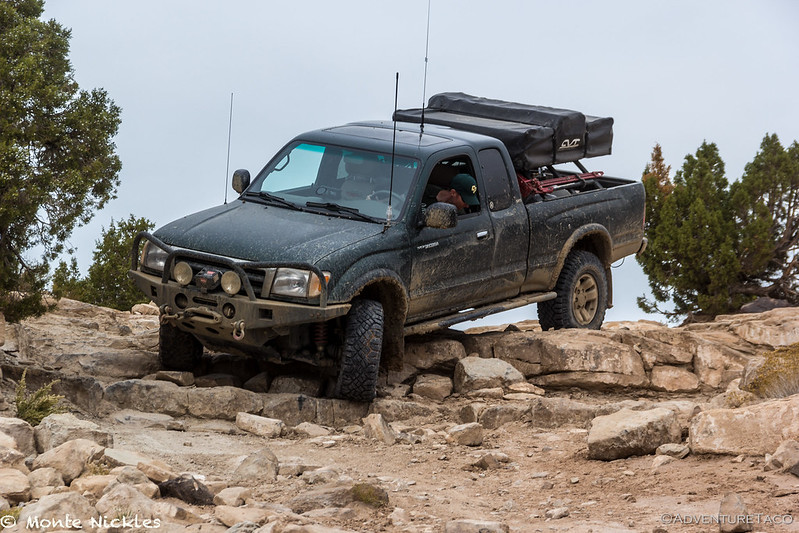 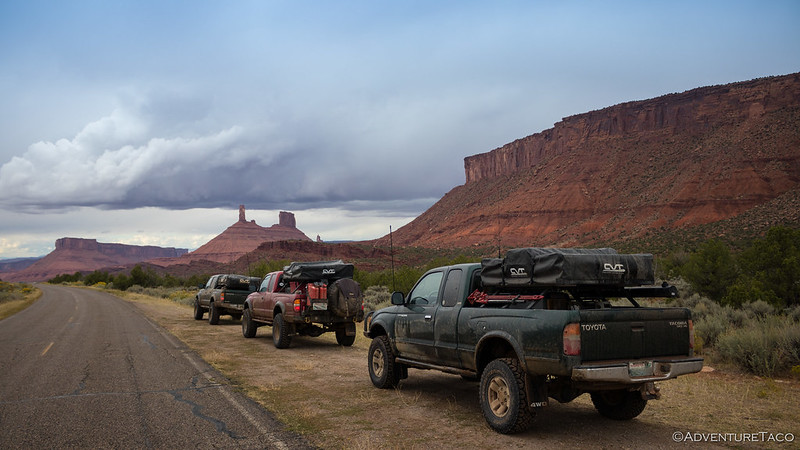 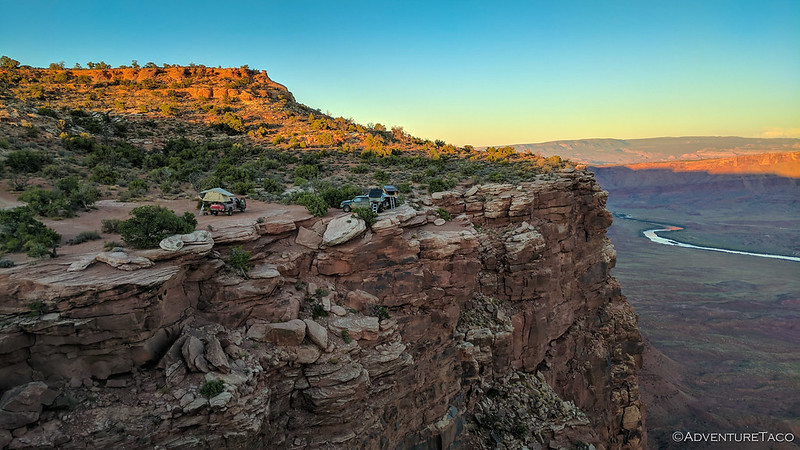 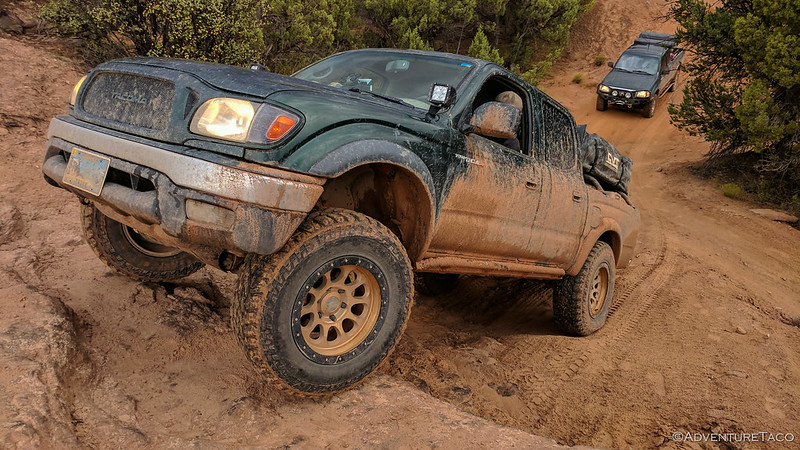