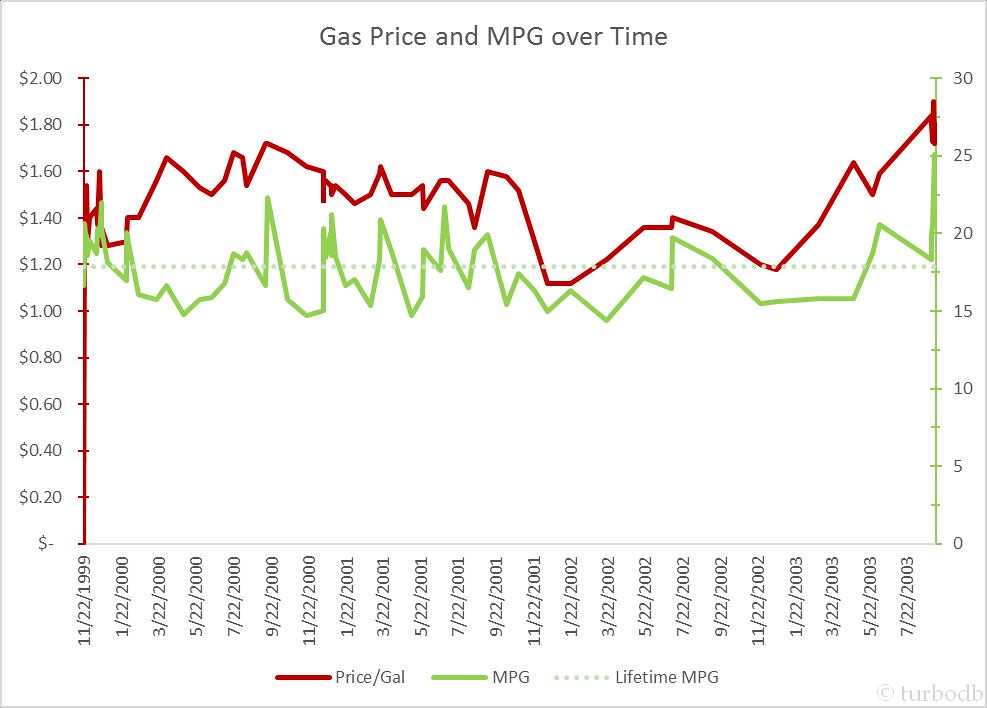 I forgot to lock the truck last night. Actually, I rarely lock my truck. I mean, we live in a neighborhood of 75-80 year-olds.

But apparently there is some hooligan in Woodridge too. A hooligan who opened the truck, rummaged through the glove box, and took several invaluable artifacts:

They did not take:

OK, obviously this guy was a moron. In terms of real value, he missed the important stuff. But for me - the gas log and VIN information were important. I spent the morning searching the neighborhood - I'm sure they ended up in a bush somewhere - but only found the owner's manual.

So much for tracking gas mileage over the life of the Truck. I hadn't copied the written book into Excel for a few years. Here's where it ended up. Eventually I'd pick it up again (in 2012) and ultimately I didn't miss too many miles since I mostly rode a motorcycle in the meantime, but boy was I bummed.