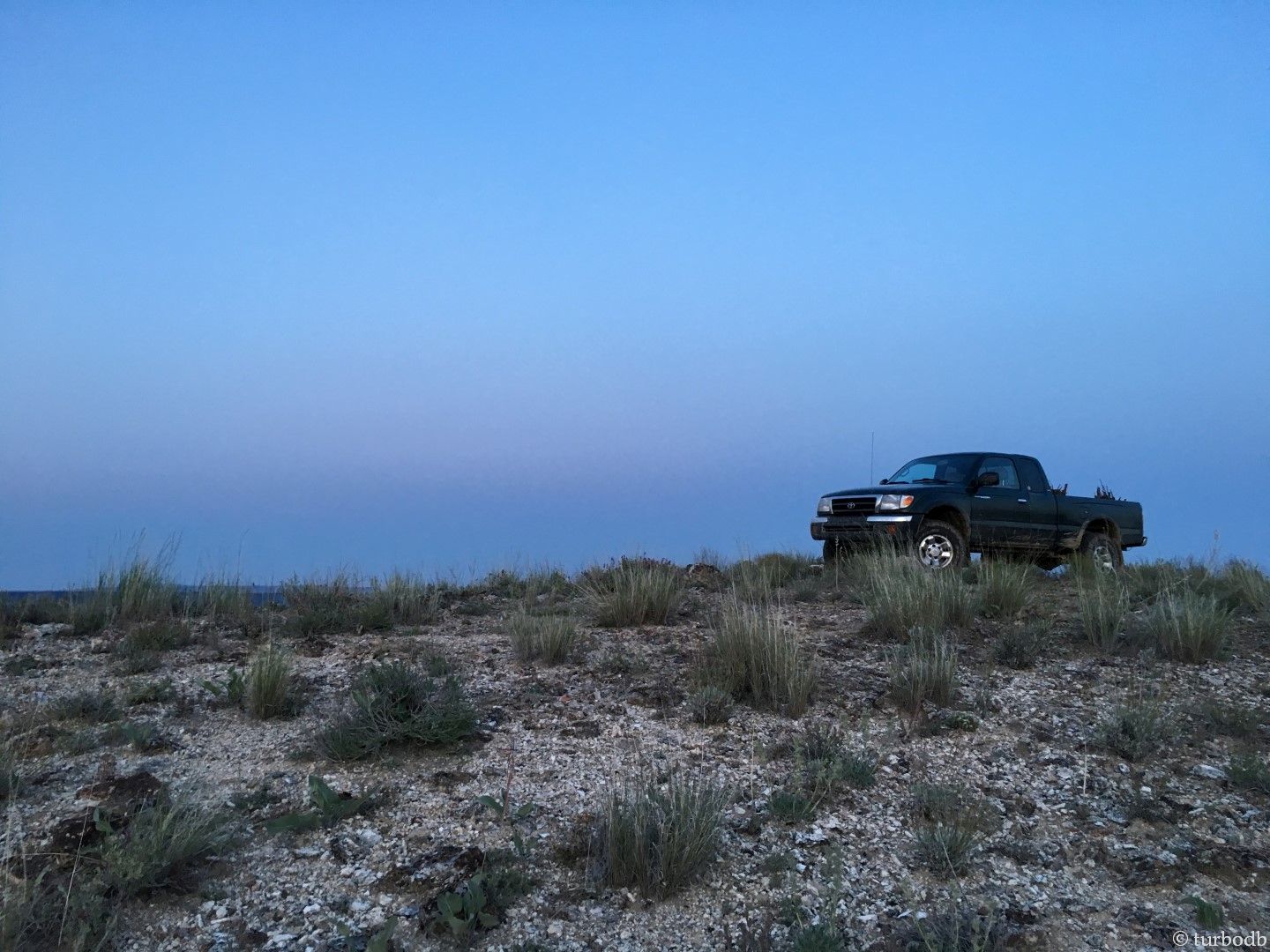 It was just like any other work week. Or at least, any other week where you go to work for half a day Monday; take a 24-hour flight to India at 6pm; work in India for 34 hours; and then arrive back in Seattle at 7am Friday morning after 24 more hours in the air. Except it wasn't. Memorial Day the following Monday meant a four-day weekend, and that meant that this was the perfect week for an extended camping trip.

Where would we go? Being May, our normal haunts in the Pacific Northwest were still largely under snow, and we were headed down to northern California later in the summer - so that was out. But southwest, in Oregon, we found the perfect solution - the Owyhee Canyonlands.

As I mentioned, I landed Friday at 6:55am and booked it through customs, getting home around 8am. @mrs.turbodb had already driven the truck home and gotten our gear ready to go Thursday night - so it was a simple matter of a final check and getting it all stowed in the back. We were on the road by 9am, headed east on I-90, hoping that the jet-lag from my 24 hours in the air would hold off for the duration of our 11-hour drive. 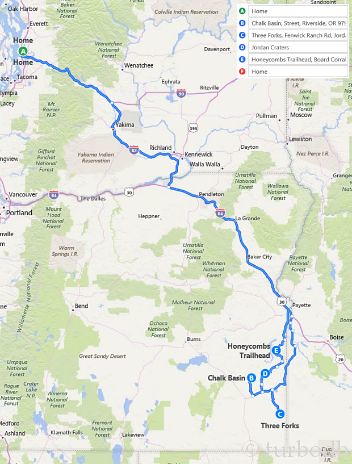 During the first leg of our journey, we spent a bit of time with the phone in the car figuring out our exact itinerary - we had a general sense of where we wanted to go, but @mrs.turbodb was able to match up directions that said things like "go for a while on a dirt road past some cow poop, and then turn left on another dirt road where there are cows pooping" into actual roads, distances, and times on bing maps so that we'd know approximately when we'd be at each of our planned destinations: Chalk Basin, Jordan Craters, Three Forks, and The Honeycombs. The conclusion: we could do it, but it'd be a lot of driving, much of it off-road.

@mrs.turbodb: This seems crazy and not relaxing. 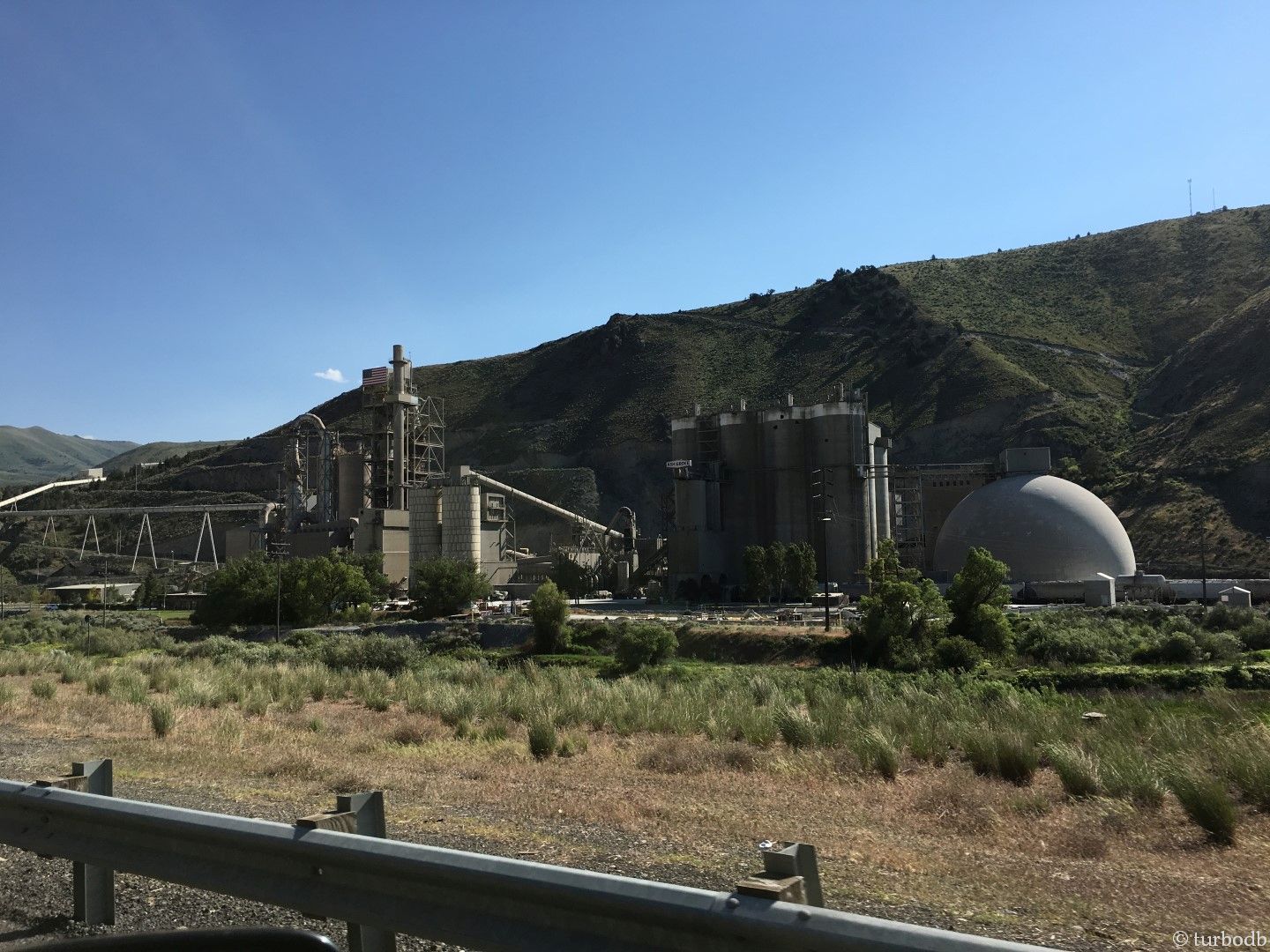 It was too late to turn back, so we just fought about it for a bit in the car until we realized we were hungry and needed to stop for lunch. We stopped in Pendleton, OR where we found a great little Mexican food place where we could refuel.

We got Enchilada's Mexicana's and they were delicious. 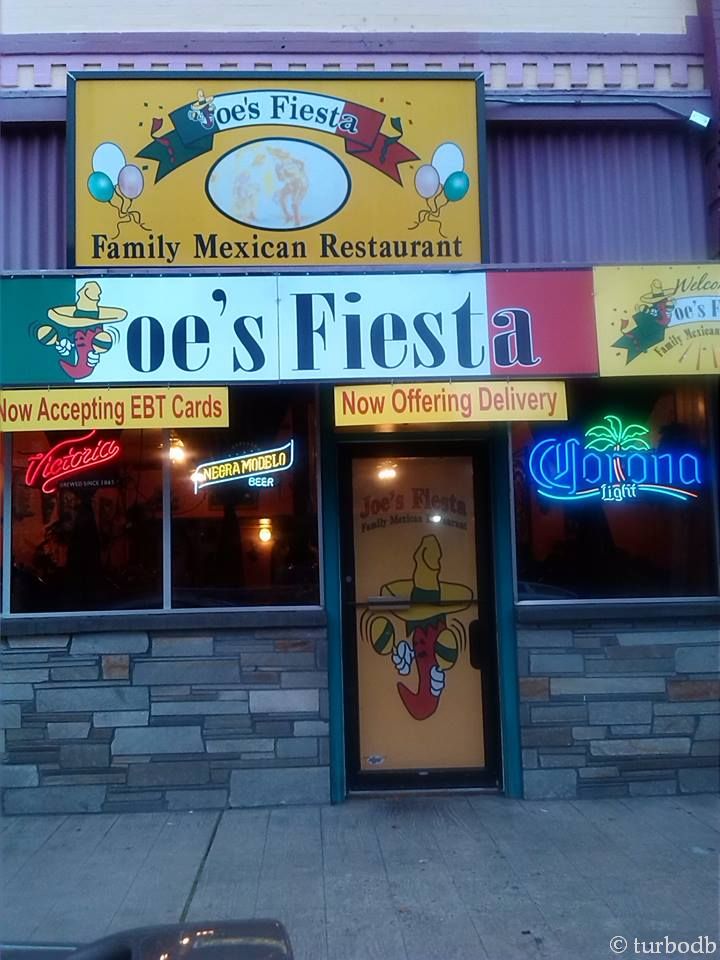 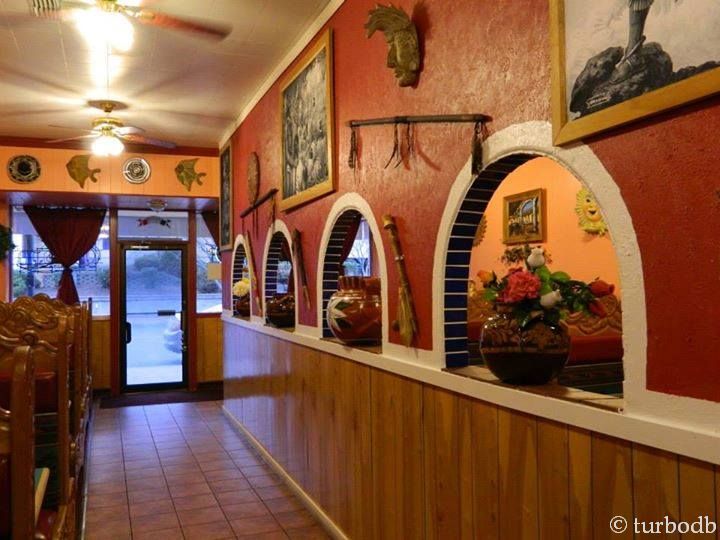 After lunch, it was back on the road, and on to our first destination: Chalk Basin. We were completely unsure we could find it, and we were right. Headed along the highway, the directions said, "take Highway 95 left for exactly 8 miles to a gravel side road on the left marked only by a stop sign." Right.

Amazingly, 8 miles after turning on to Highway 95, we saw the stop sign and turned onto dirt roads, basically for the next 48 hours, and it was here that we got our first glimpse of some real geology. It was awesome. At the time. We had no idea what lay ahead. 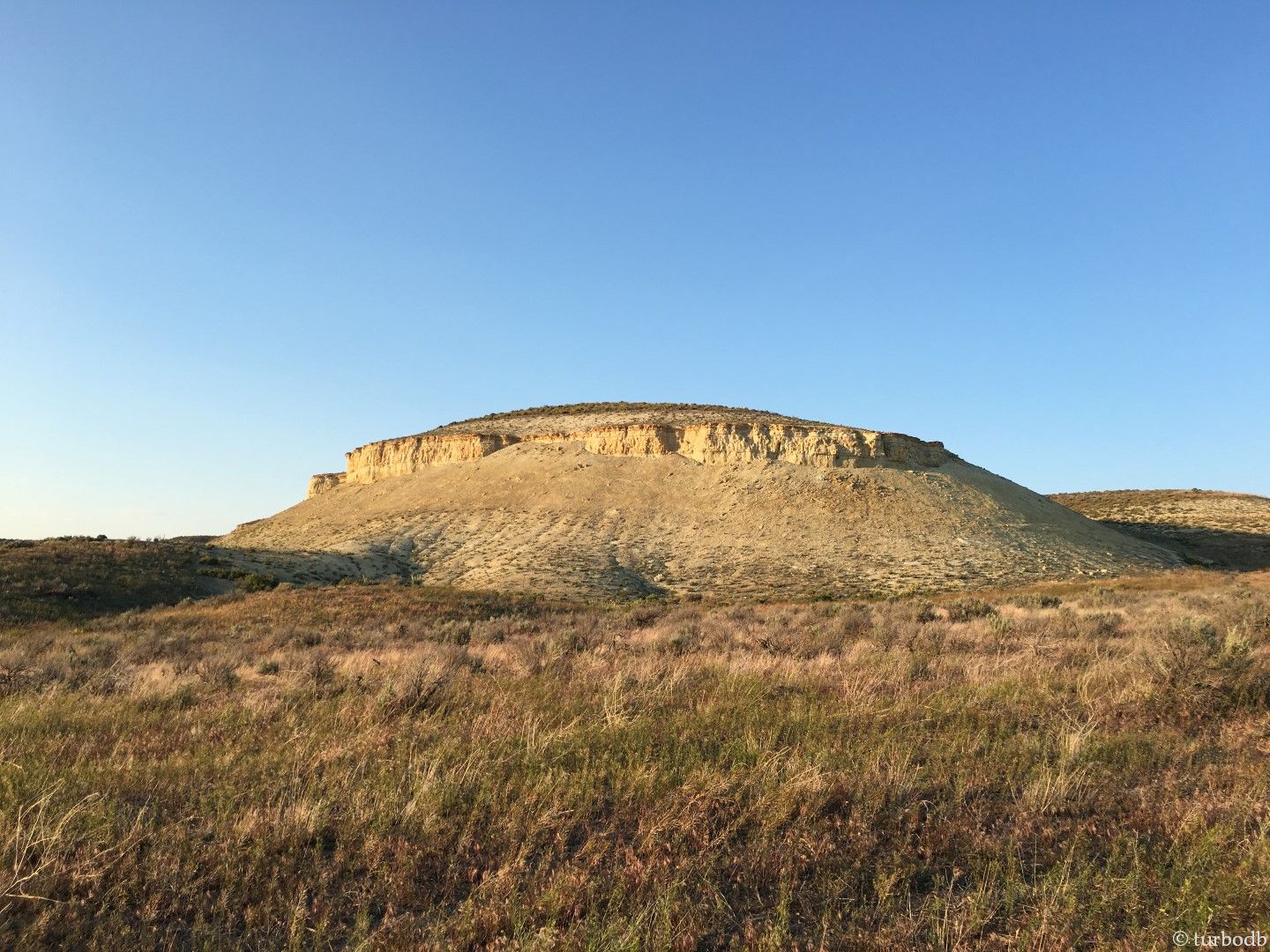 We continued on for 90 minutes, sure that we were going the wrong way, hoping we weren't, and surprised when we'd see a referenced landmark, having missed the one we were looking for (we never found the telephone pole that we were supposed to turn left at, 22.4 miles out a dirt road).

Luckily, we were in a weird appendage of Mountain time, so it was light until 10pm, and at 9:30pm, we arrived at an unmarked intersection that we were sure was the trail head (a.k.a "place to start walking in a general direction"). We'd seen only one other car the entire time, and that meant we could camp just about anywhere - so we did.

We pulled off the side of an even-more 4WD road than we'd been on previously and up onto the top of a hill overlooking Chalk Basin, just as the sun was setting. We got the truck leveled out with a few volcanic rocks, and built a rip-roaring campfire as the stars came out. Life: good. 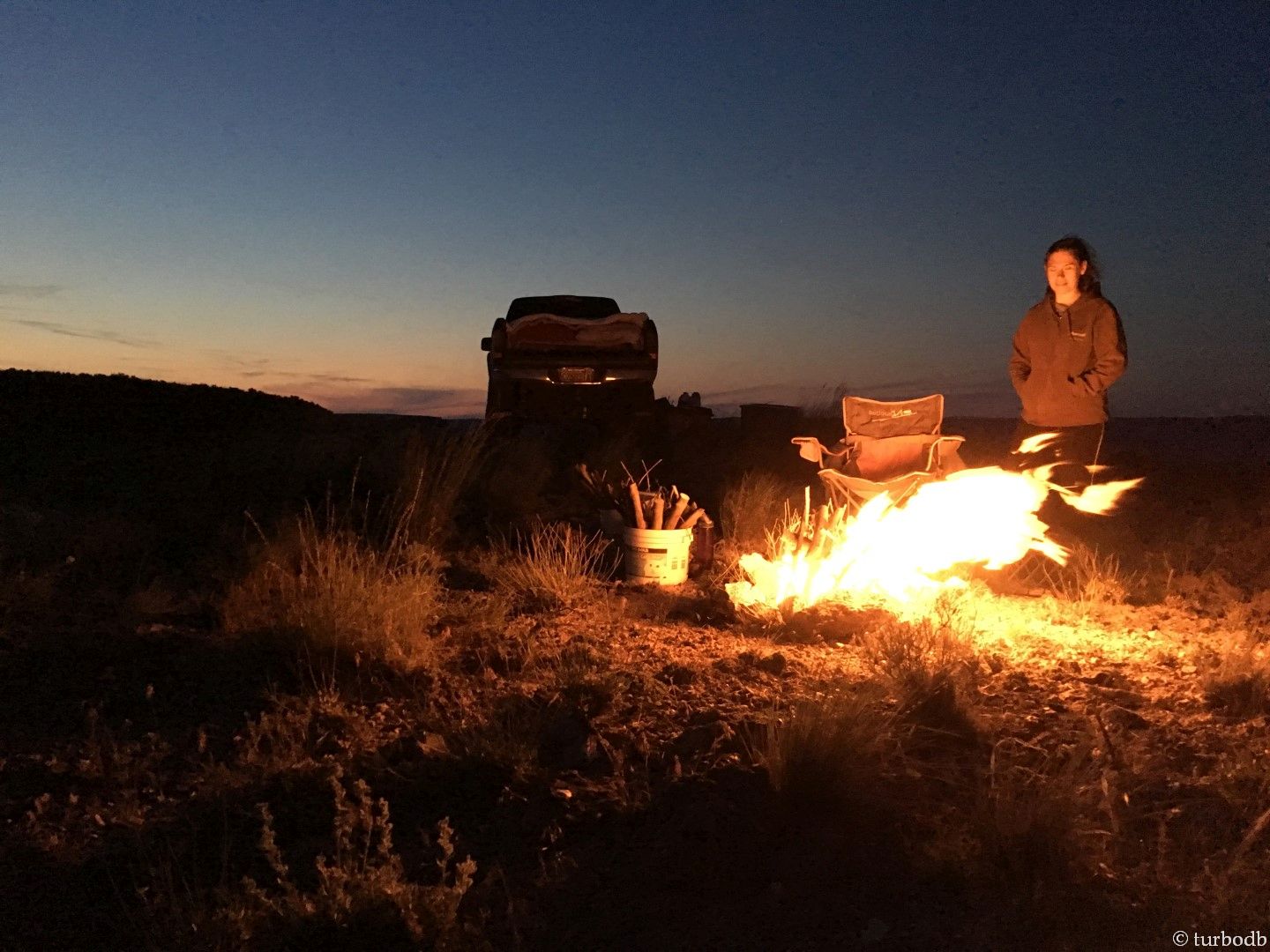 We climbed into bed, tentless and enjoyed the view. It was windy, really windy. But it was cozy, and we were tired.

Now, while it was great that we were in Mountain time on the "setting up camp" end of the day, it wasn't totally awesome on the "getting out of bed" end. But, we had a full day, and so at 6:03am sharp, I opened my eyes and poked my head out of the sleeping bag. More room in the bag, @mrs.turbodb pulled her head further down. 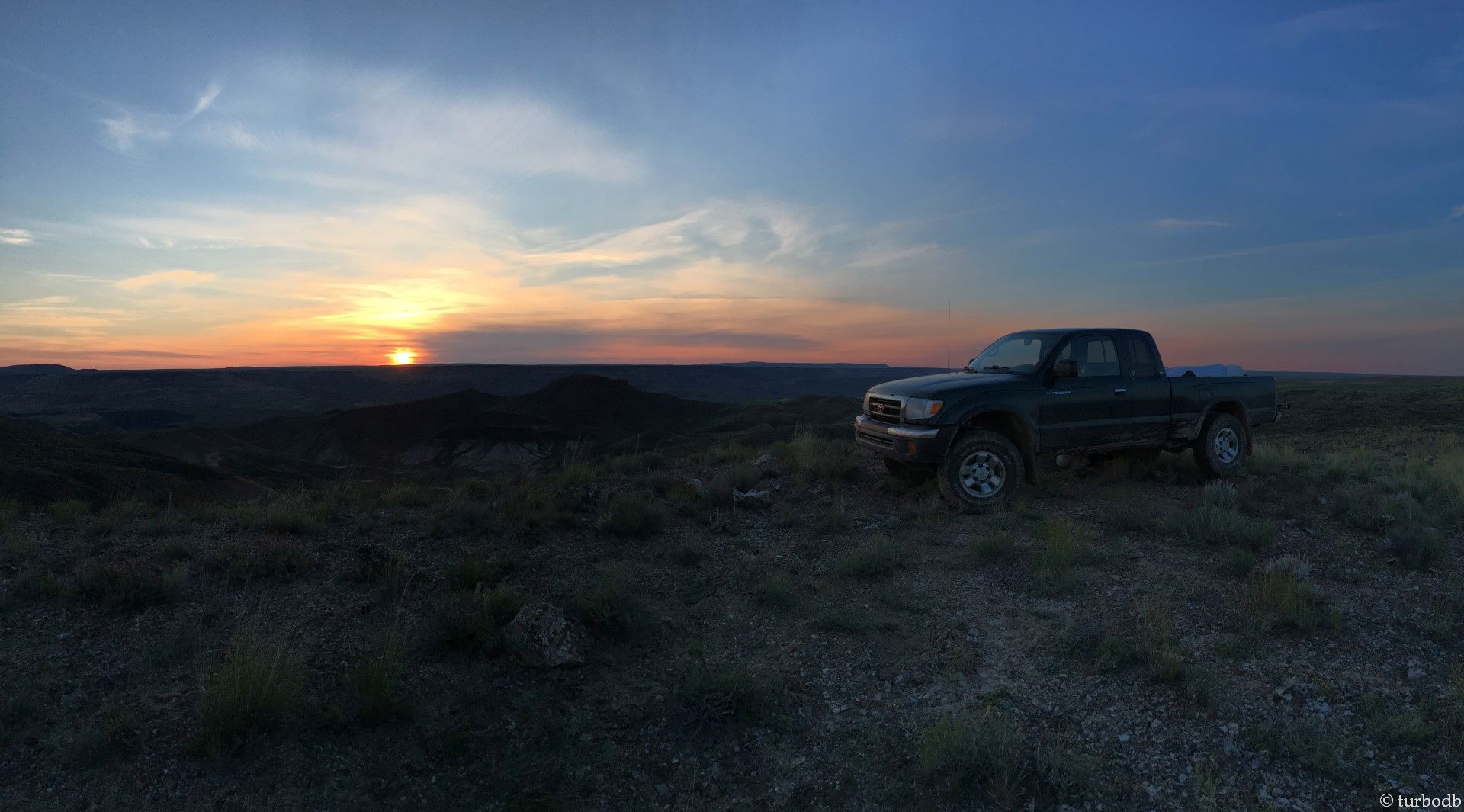 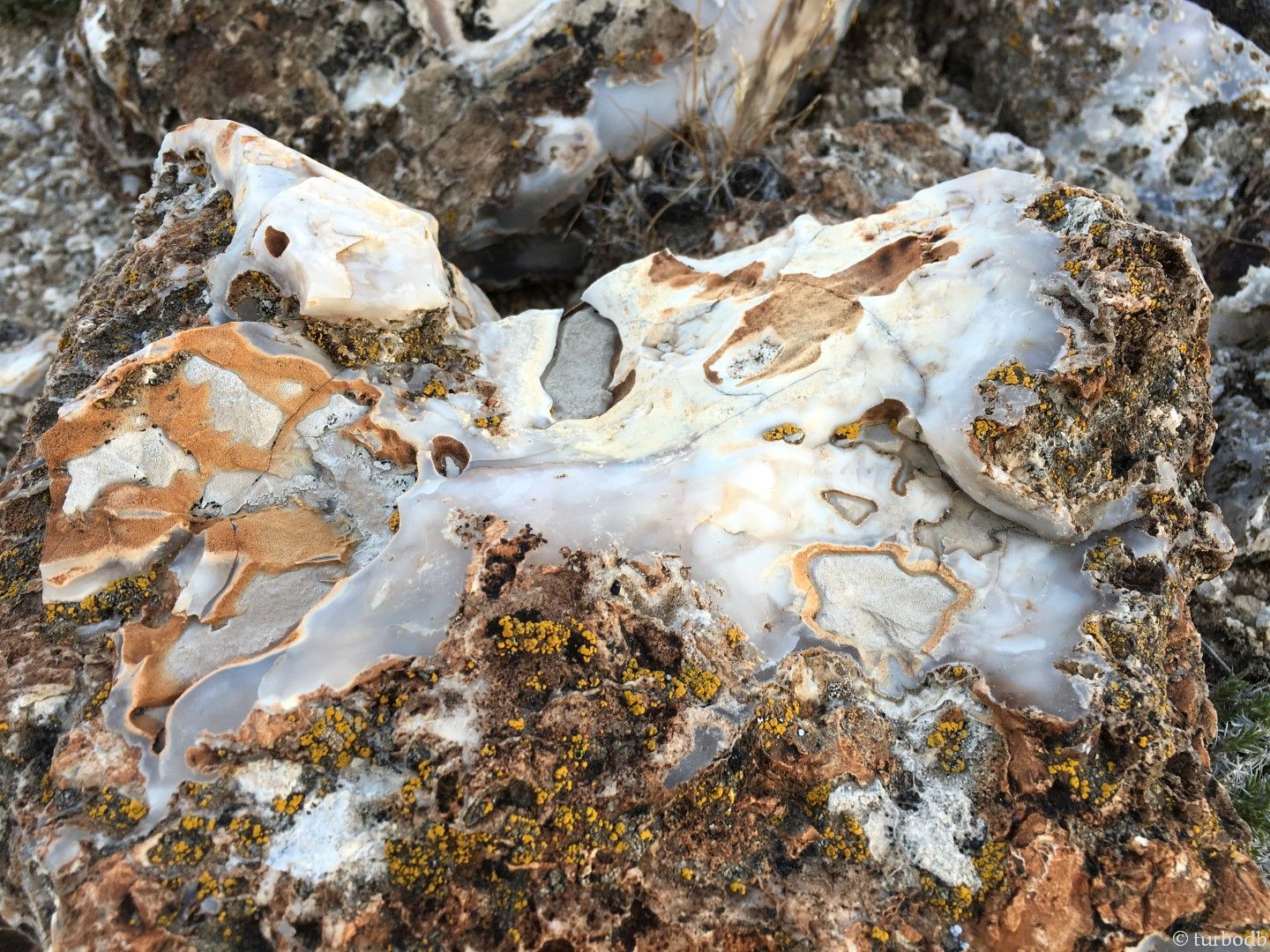 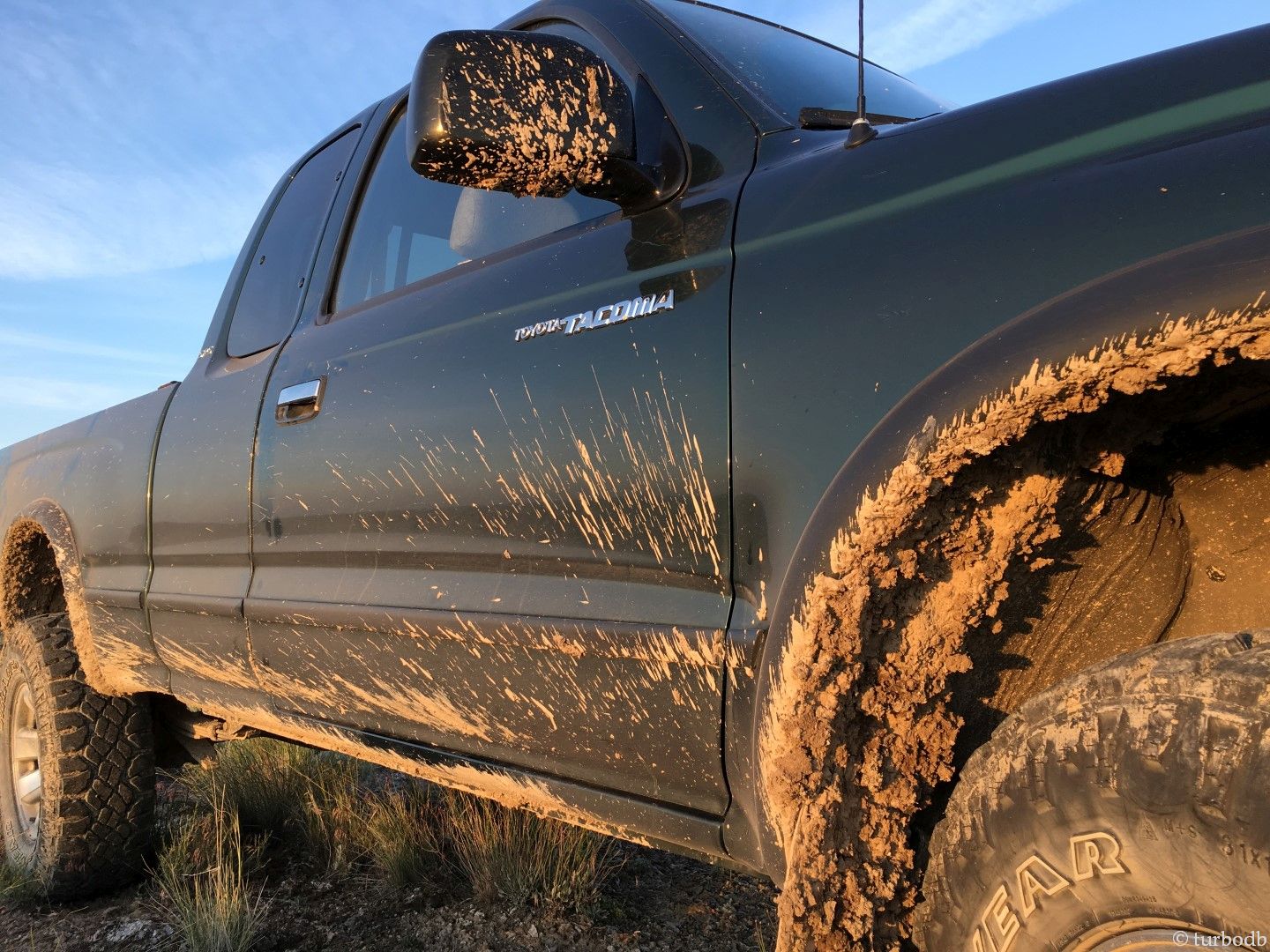 The truck was clearly in its element, and it was becoming clear that nearly every photo on the trip was going to have some truck in it. As @mrs.turbodb roused herself out of bed, I took a few more photos of the geology on our hill, and we ate a breakfast of Honey Bunches of Oats (with Almonds) and blueberries.

Then, it was off on our first hike of the weekend, to see Chalk Basin, close up. The scenery was amazing - at the height of spring, we had no idea how perfect our timing (it would only become clear as we headed back Monday). 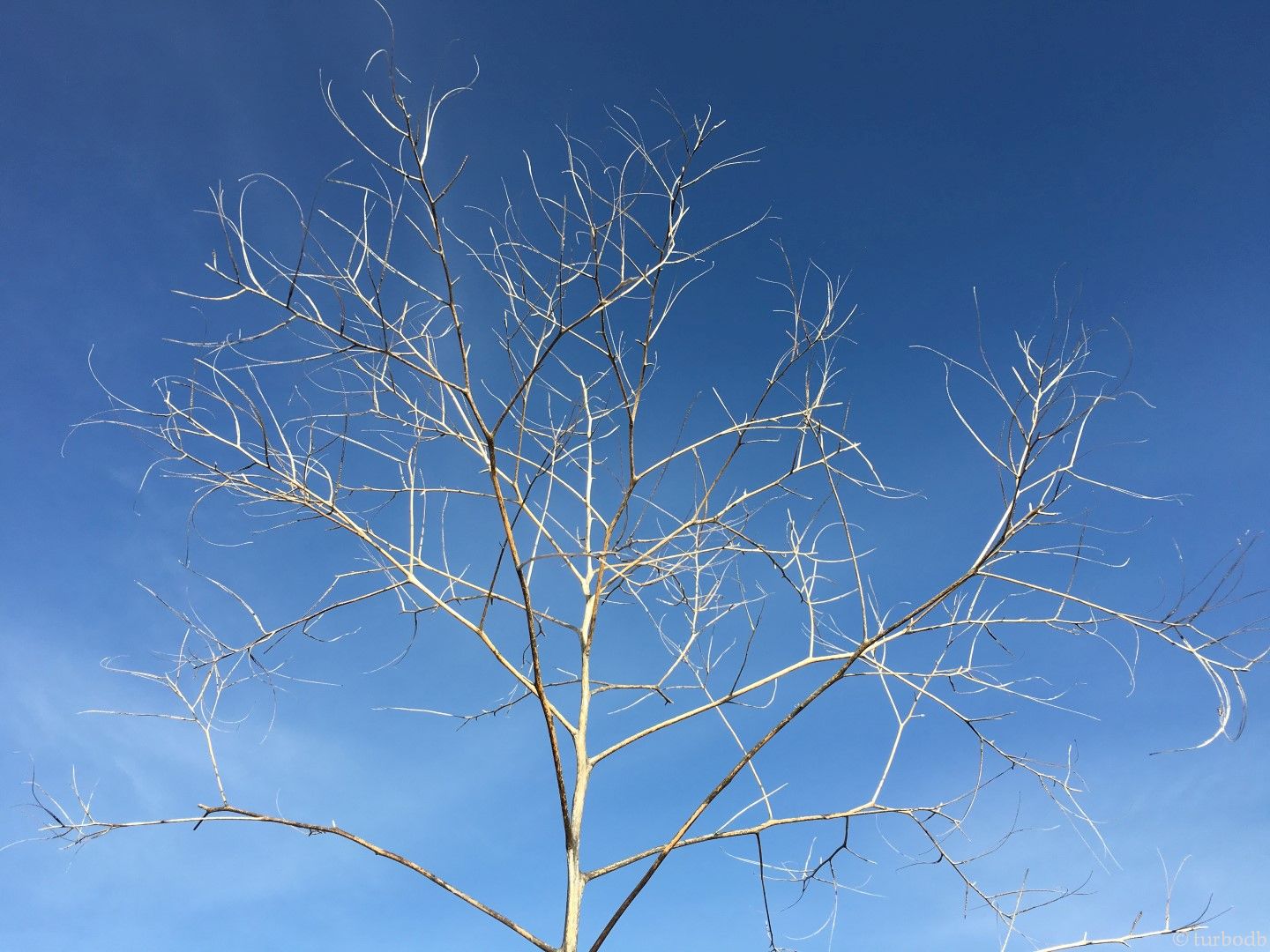 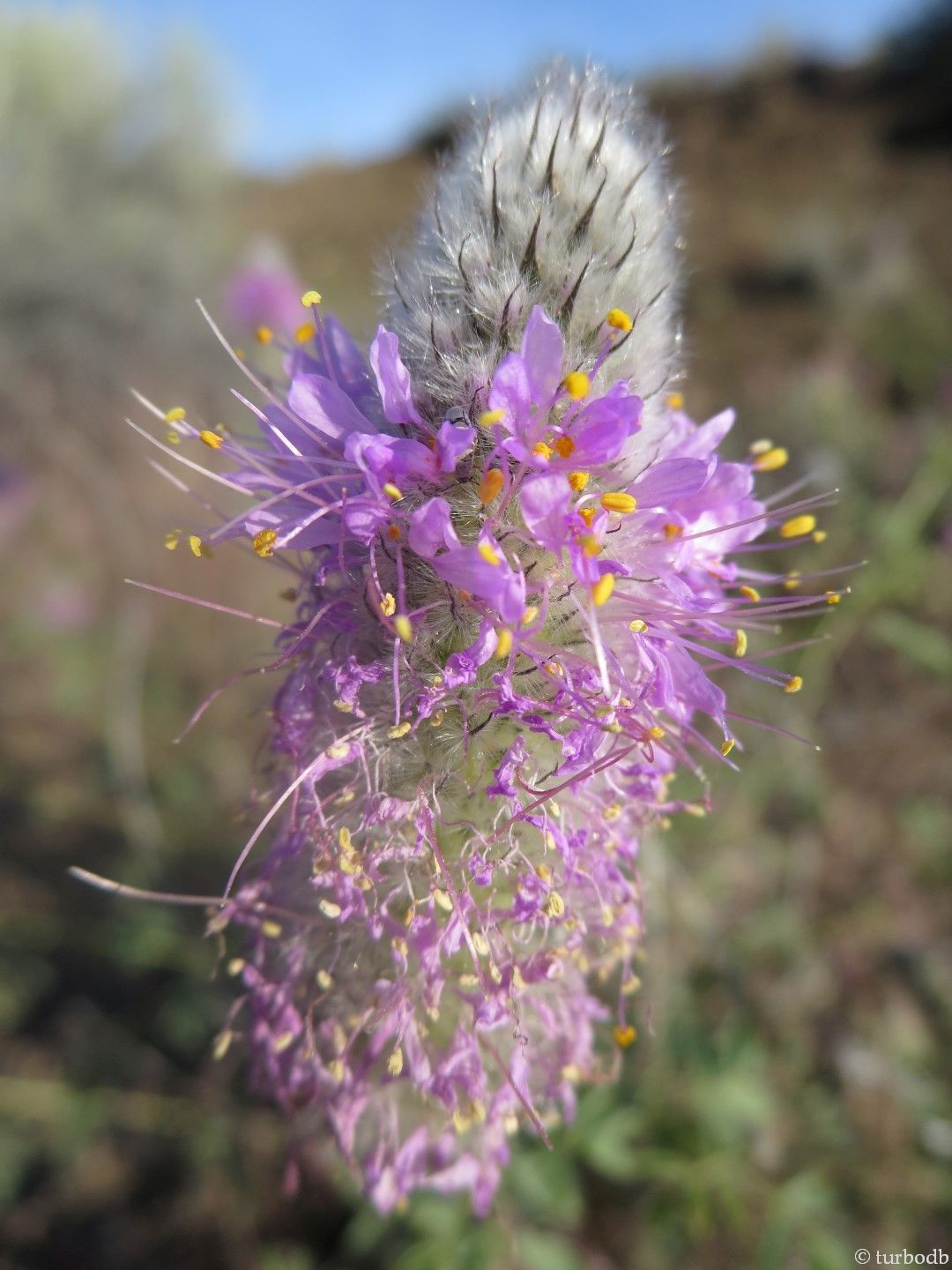 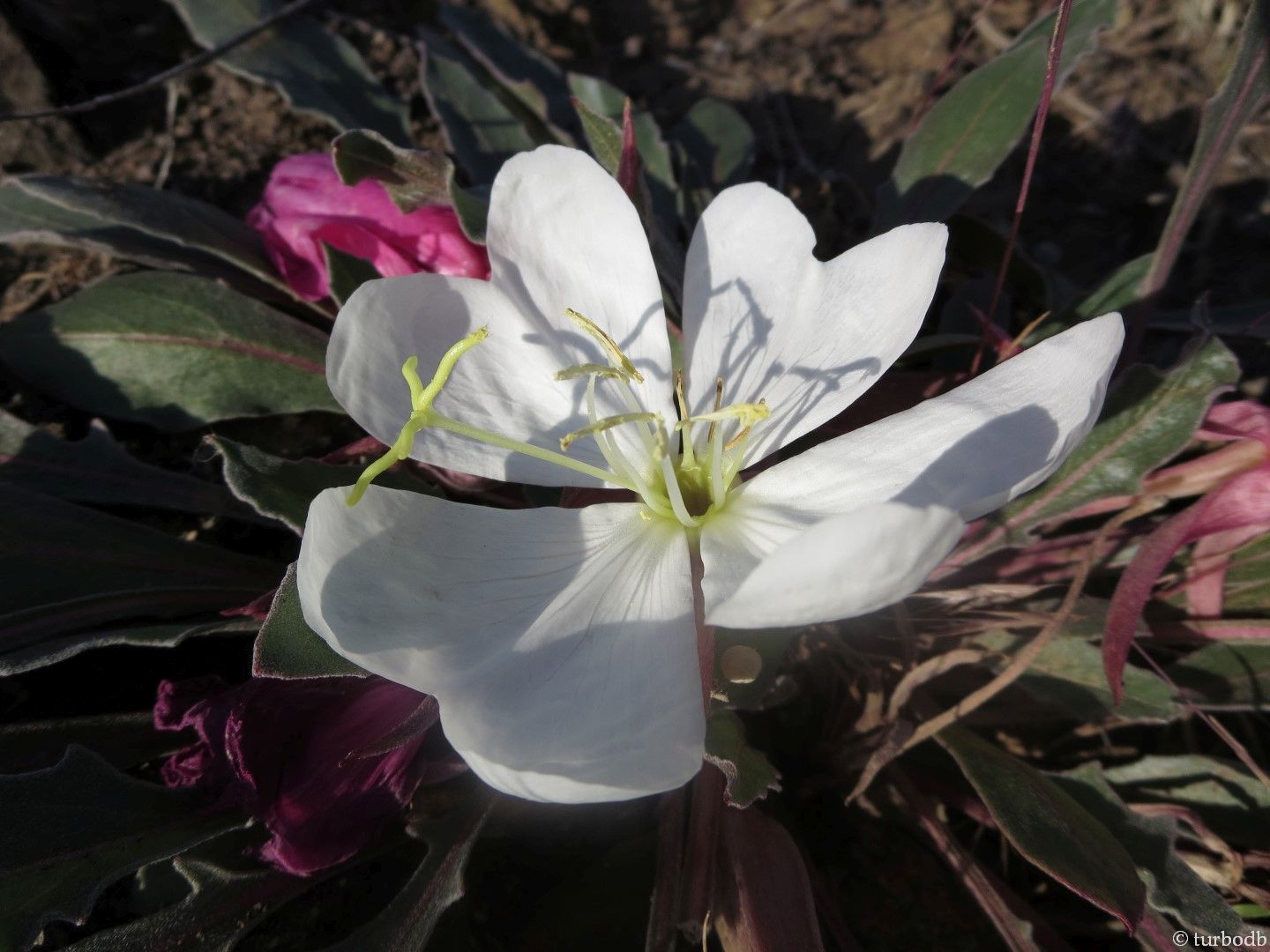 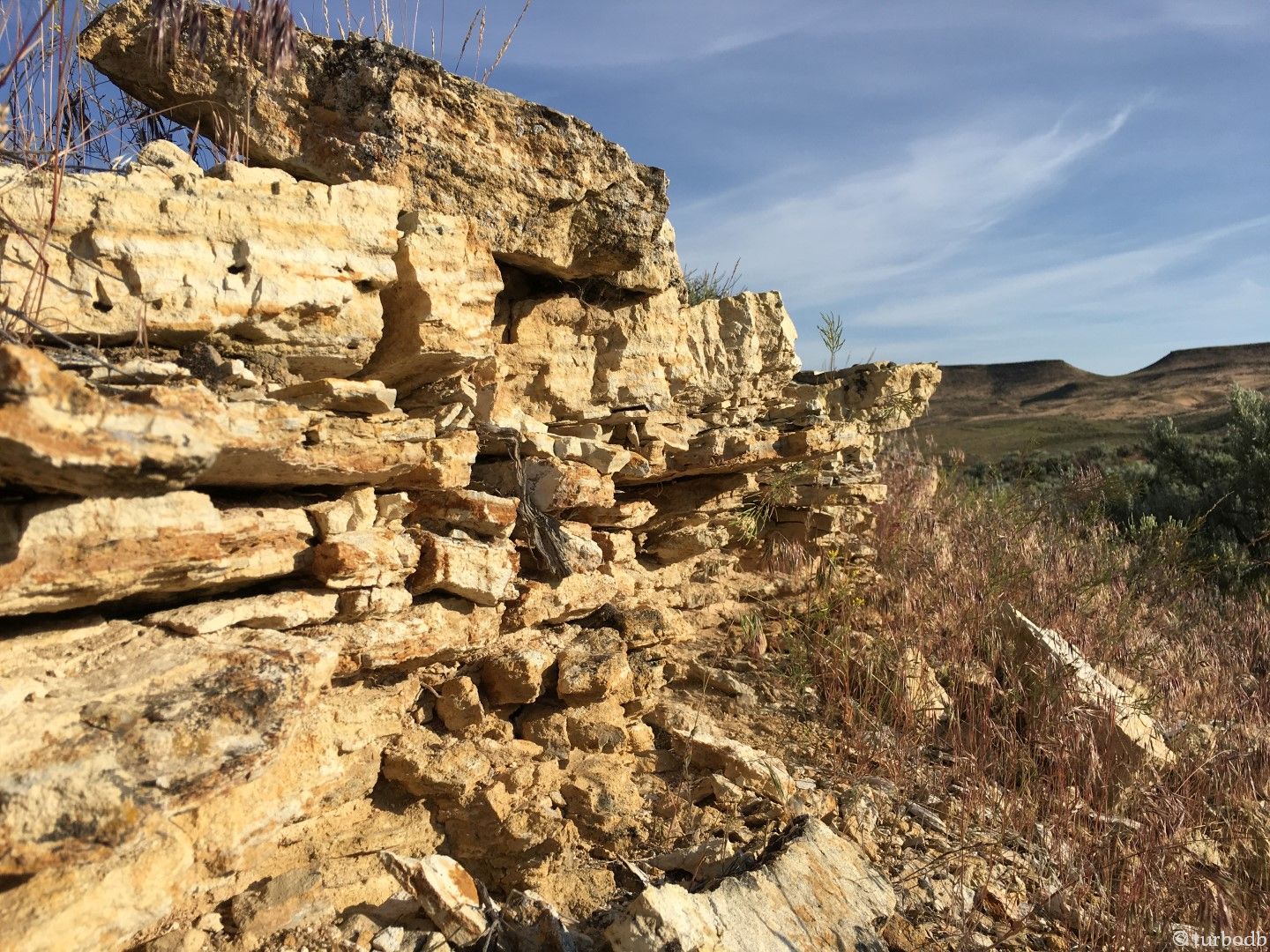 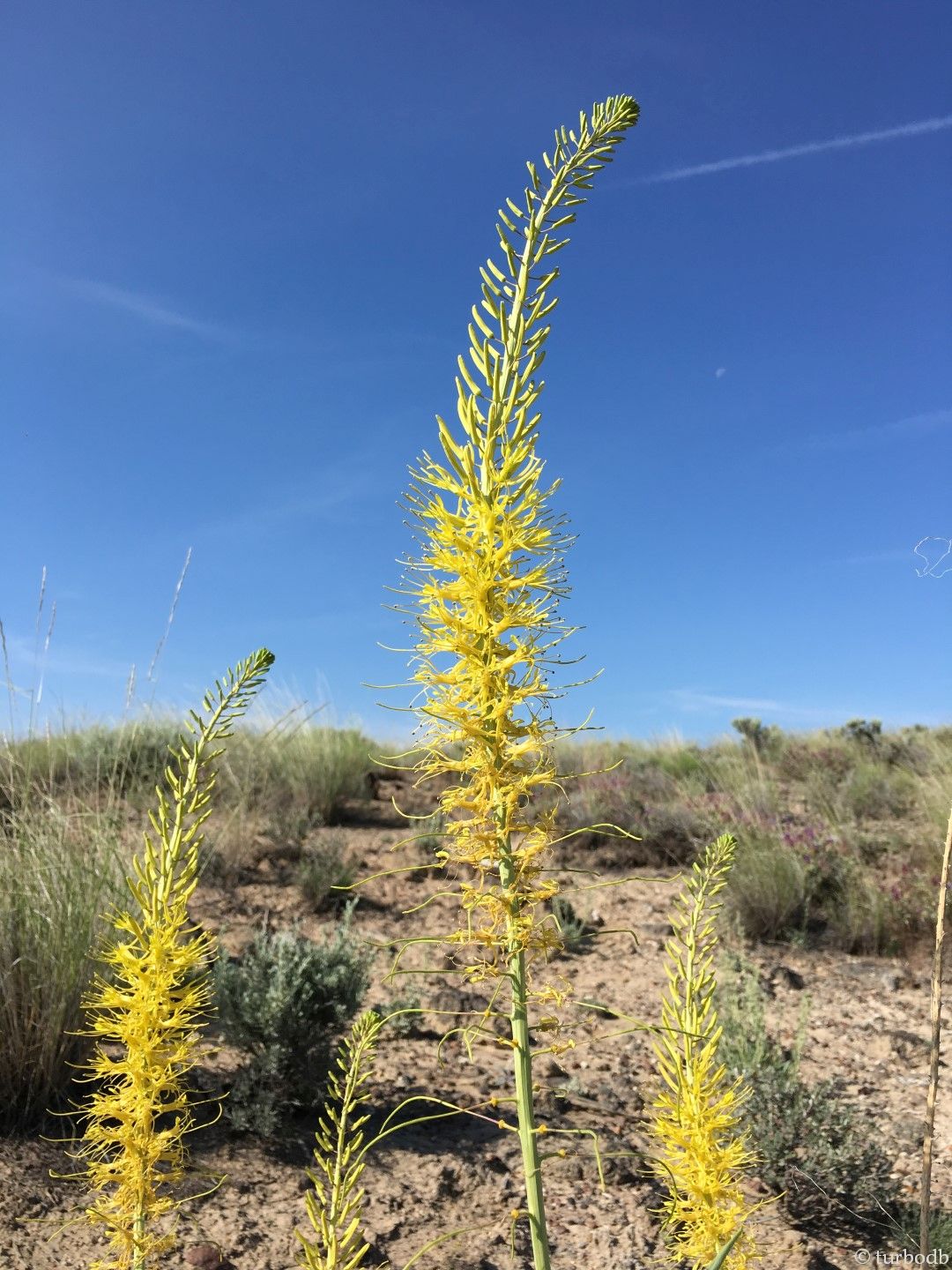 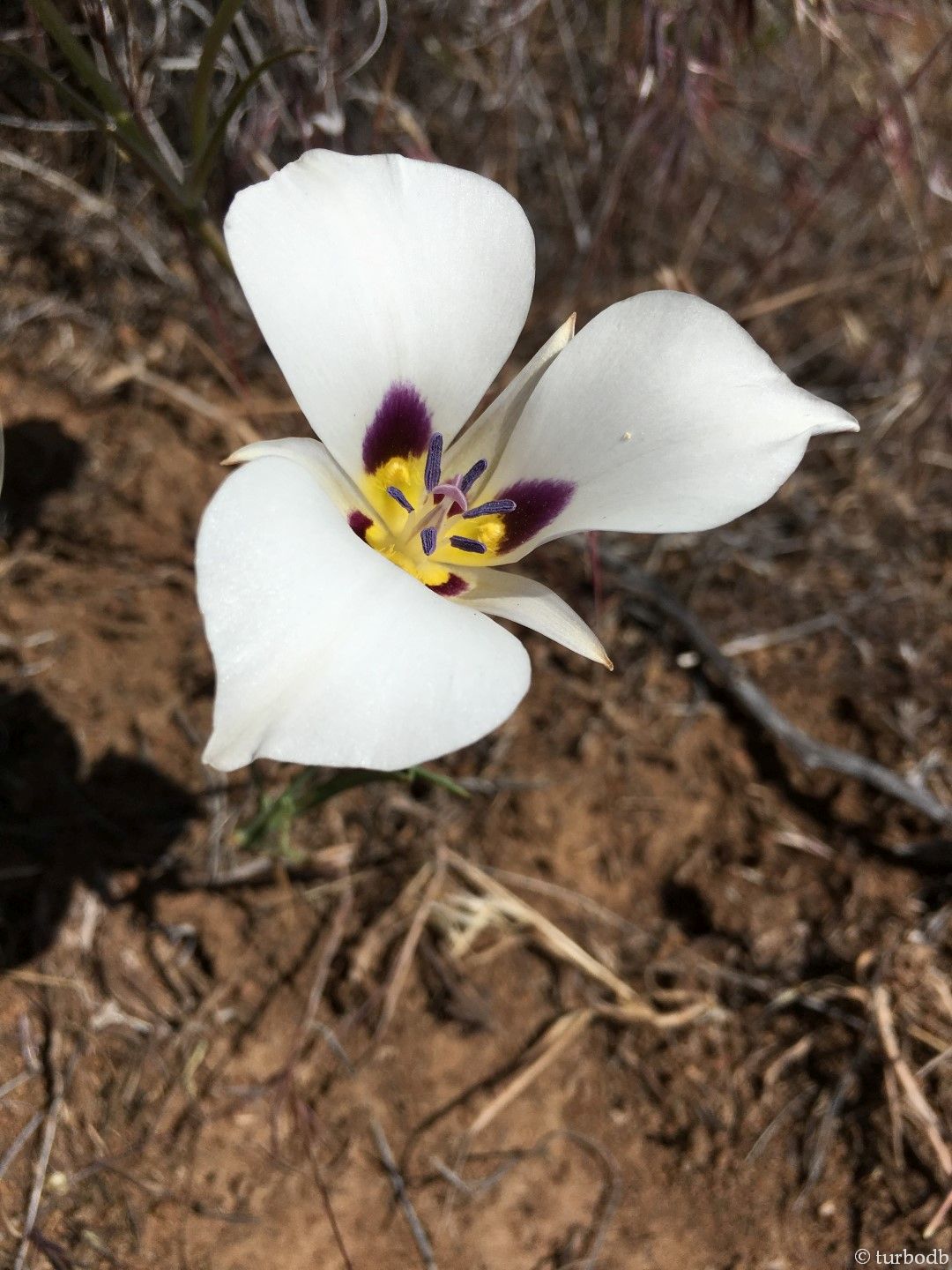 As we rounded the corner of the trail, we got our first glimpse of Chalk Basin. This was why we'd driven long hours - so we could experience this in full morning light, sunlight gleaming off of the rock. It was great. It turns out, we still had no idea what was in store. 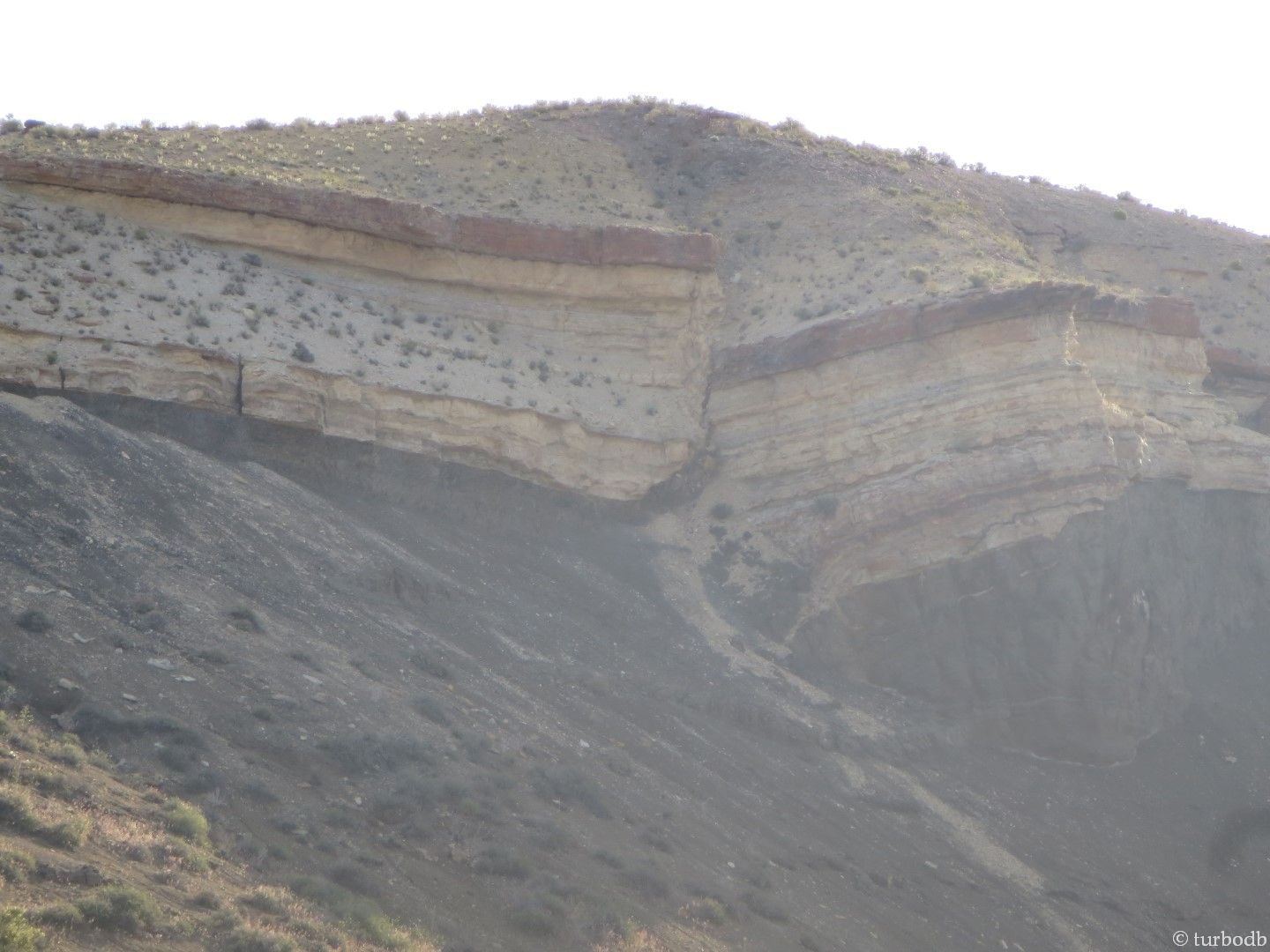 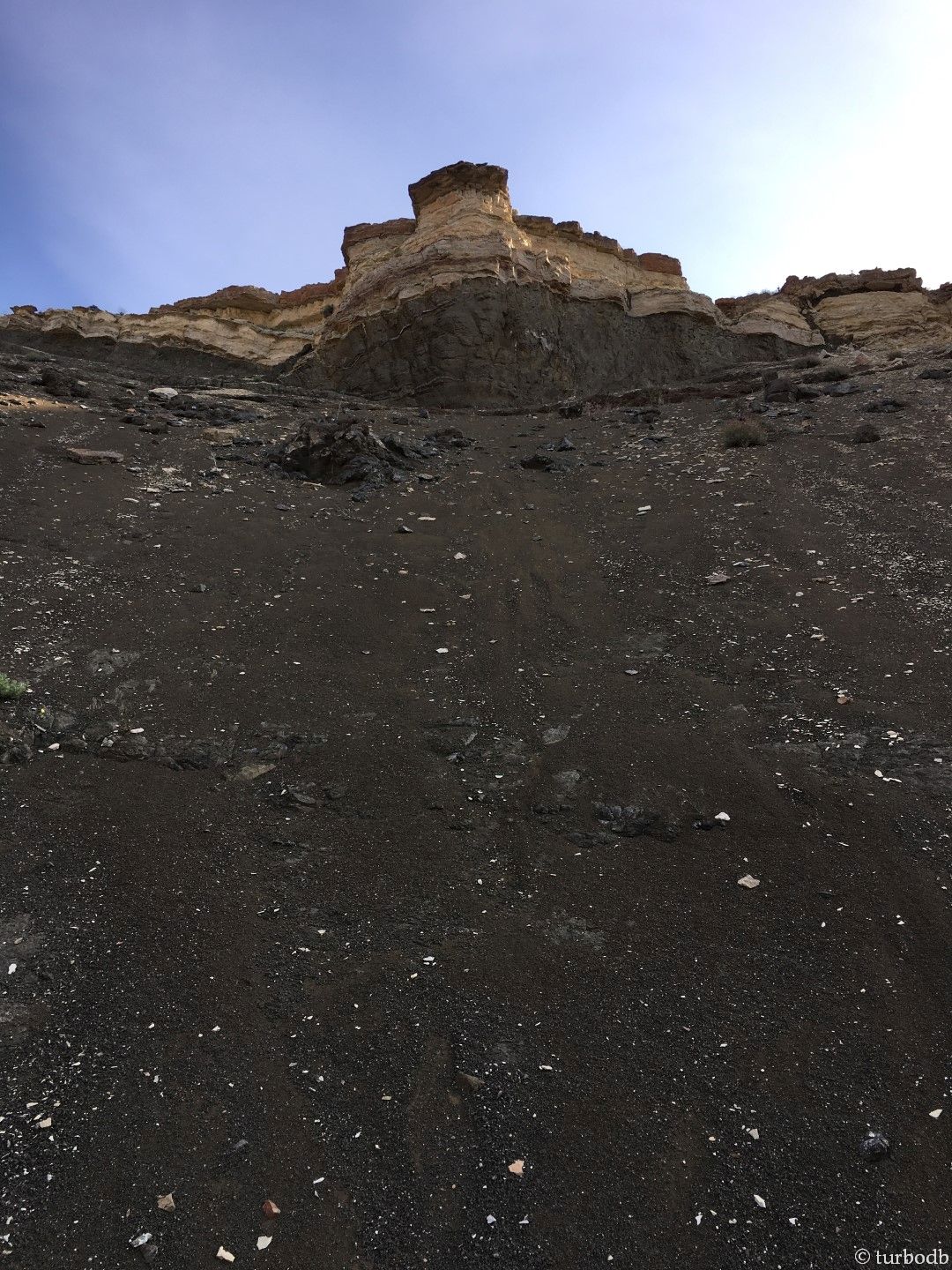 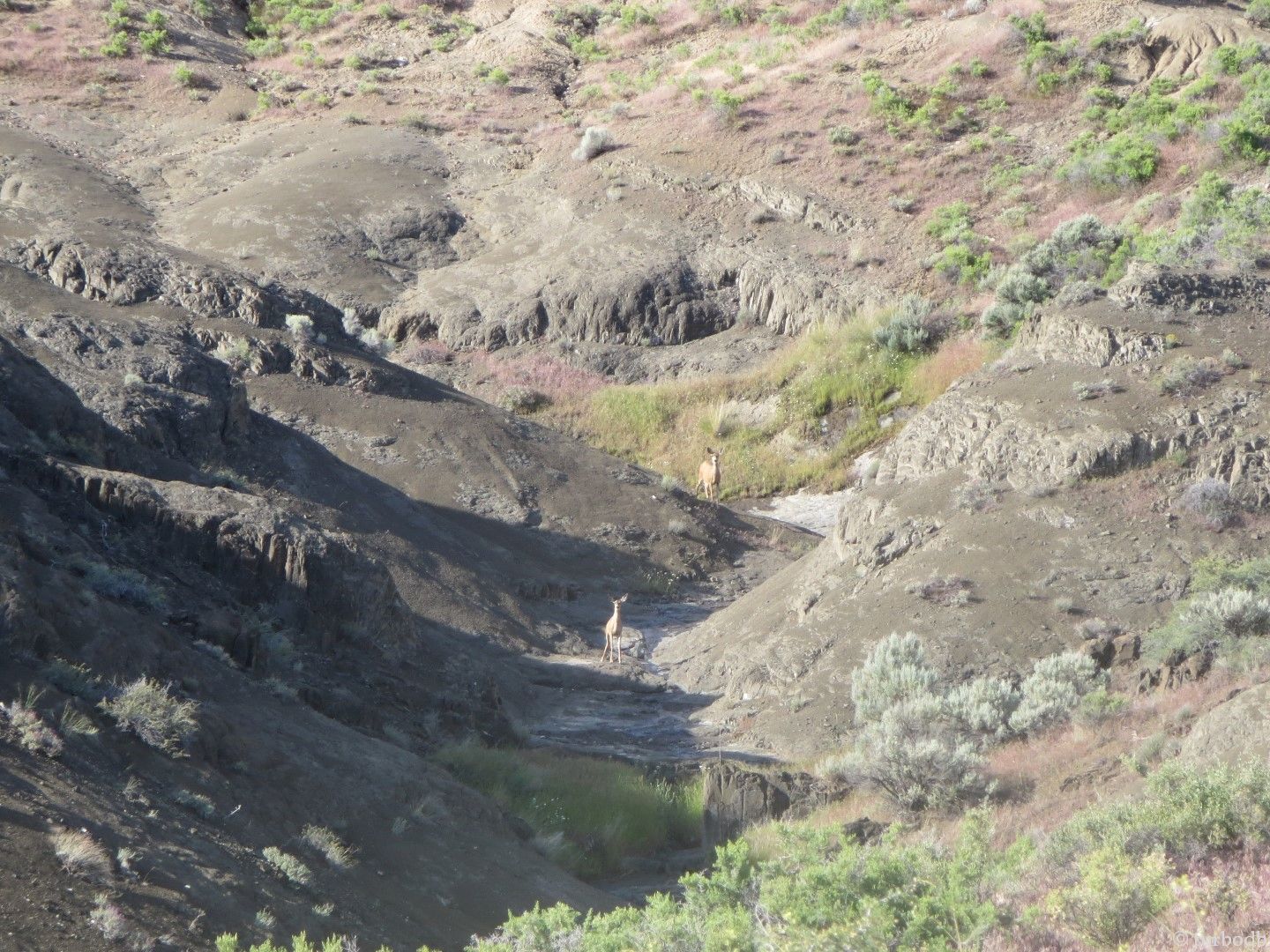 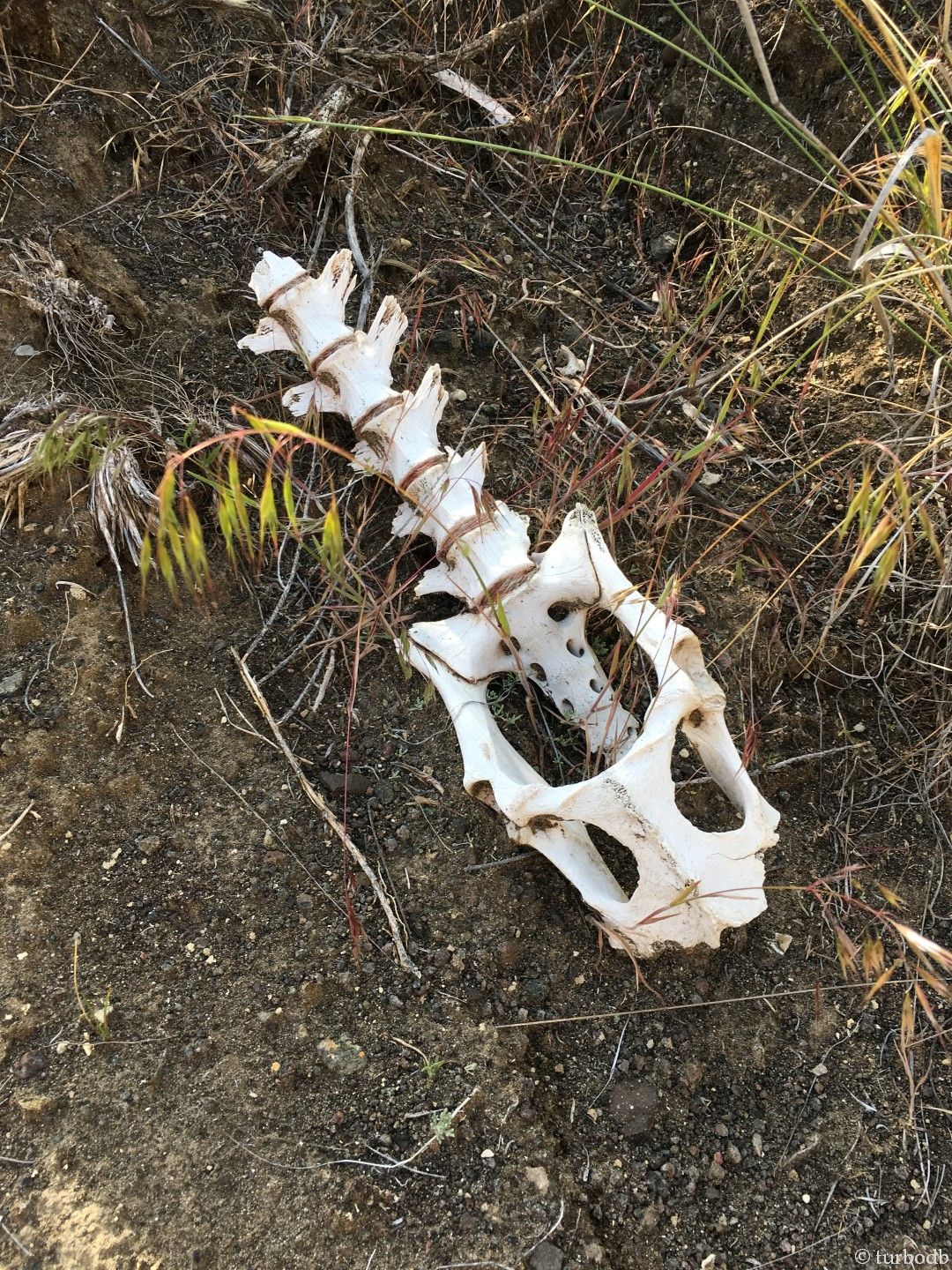 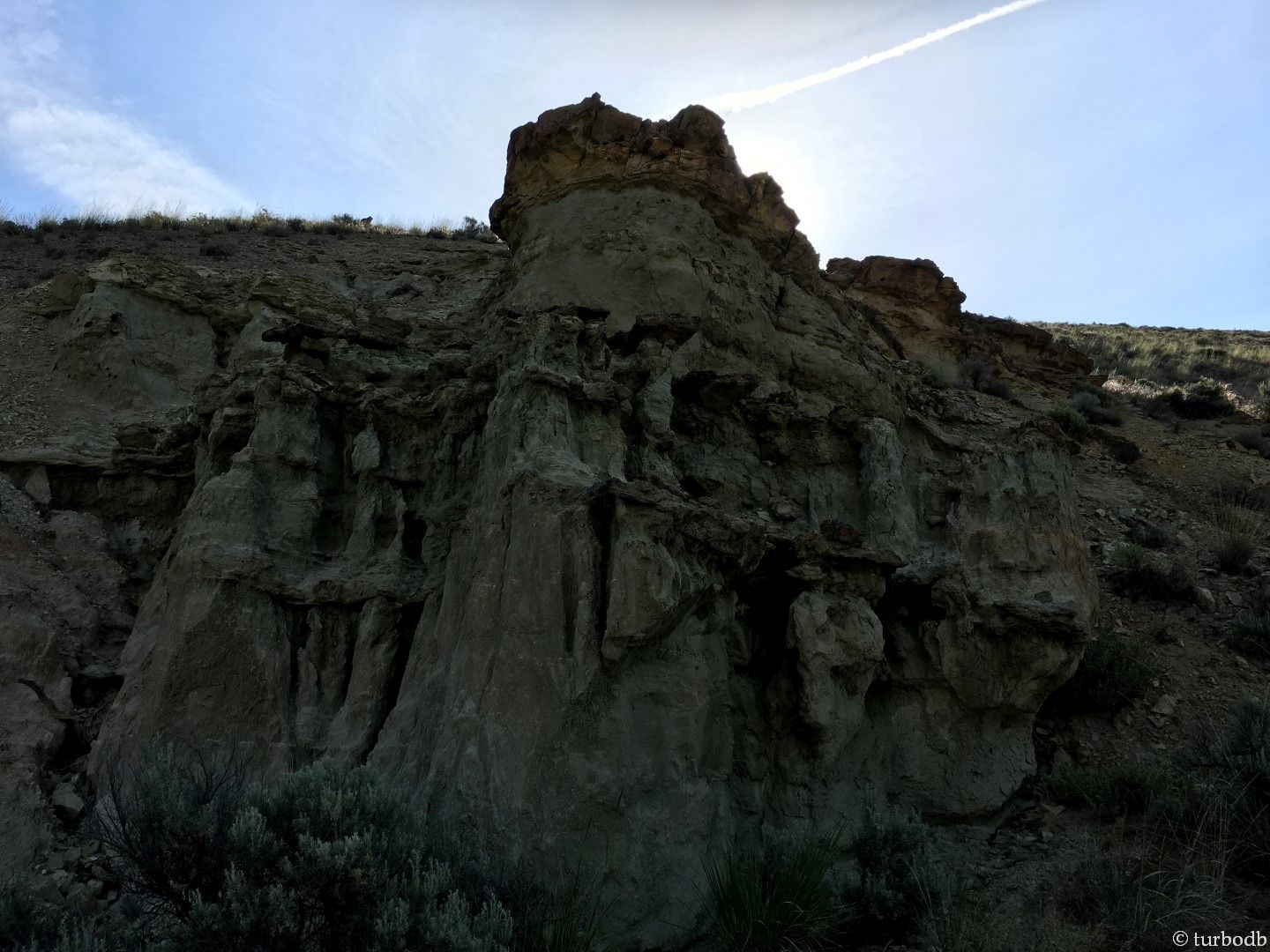 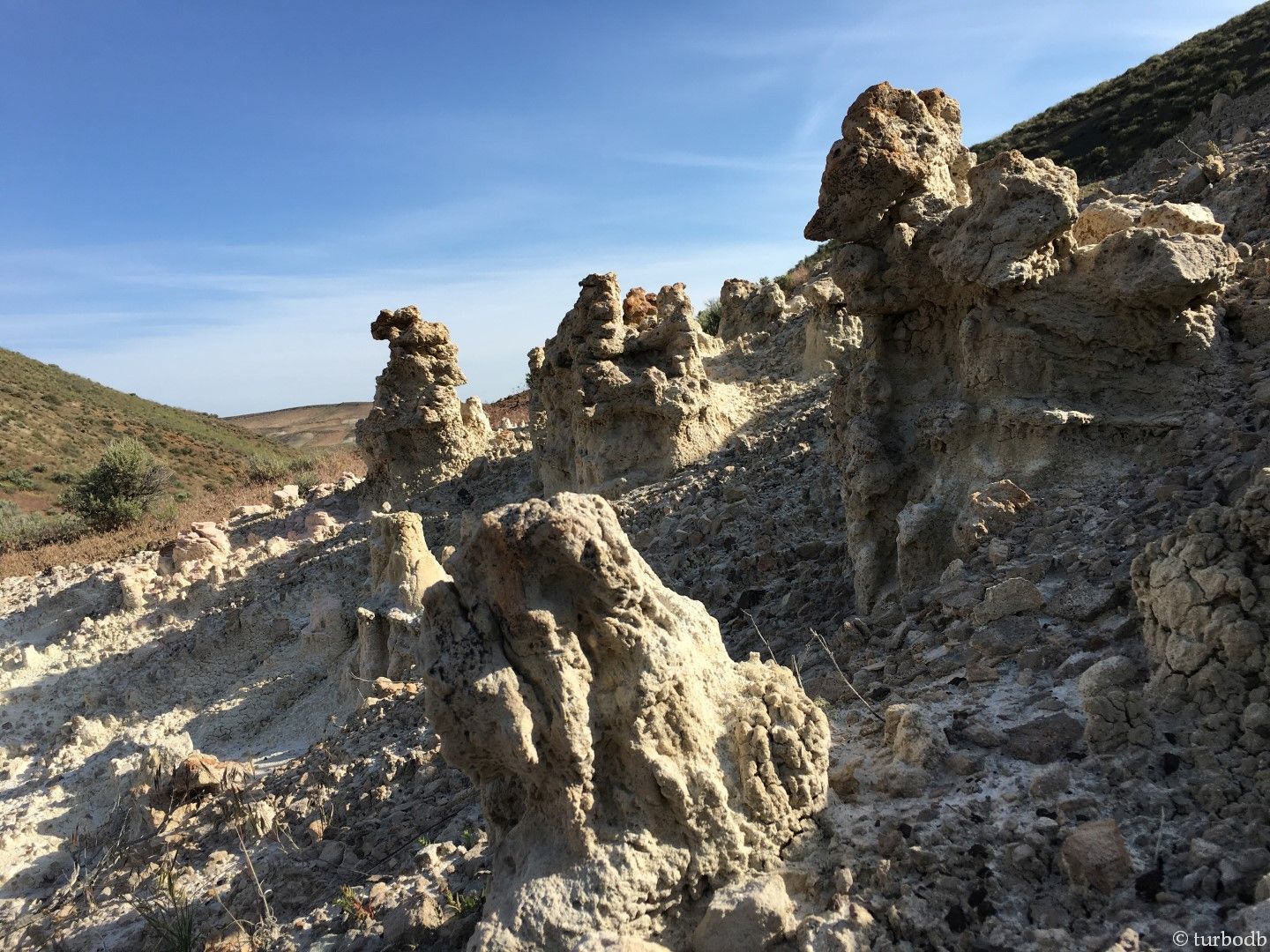 We saw deer (both alive and dead), all kinds of geology, and we saw what we thought was a landmark called Yellow Dome. We thought wrong. At this point we were in the "head cross country for .2 miles" part of the trail, so we continued to trek for two or three times that, not at all worried about the fact that we hadn't brought any water on this (we thought) short stroll. Except that we were a bit worried.

Still lost we headed straight up the nearest ridge, and surveyed the landscape. Nice rolling hills, and there, in the distance - a landmark we recognized - the truck (and trailhead)! Re-oriented, we headed off in the opposite direction to find Yellow Dome.

Just over a ridge about a quarter mile away, this vista opened up in front of us. It was crazy - we were so close and had no idea it was even there (Yellow Dome on the left). 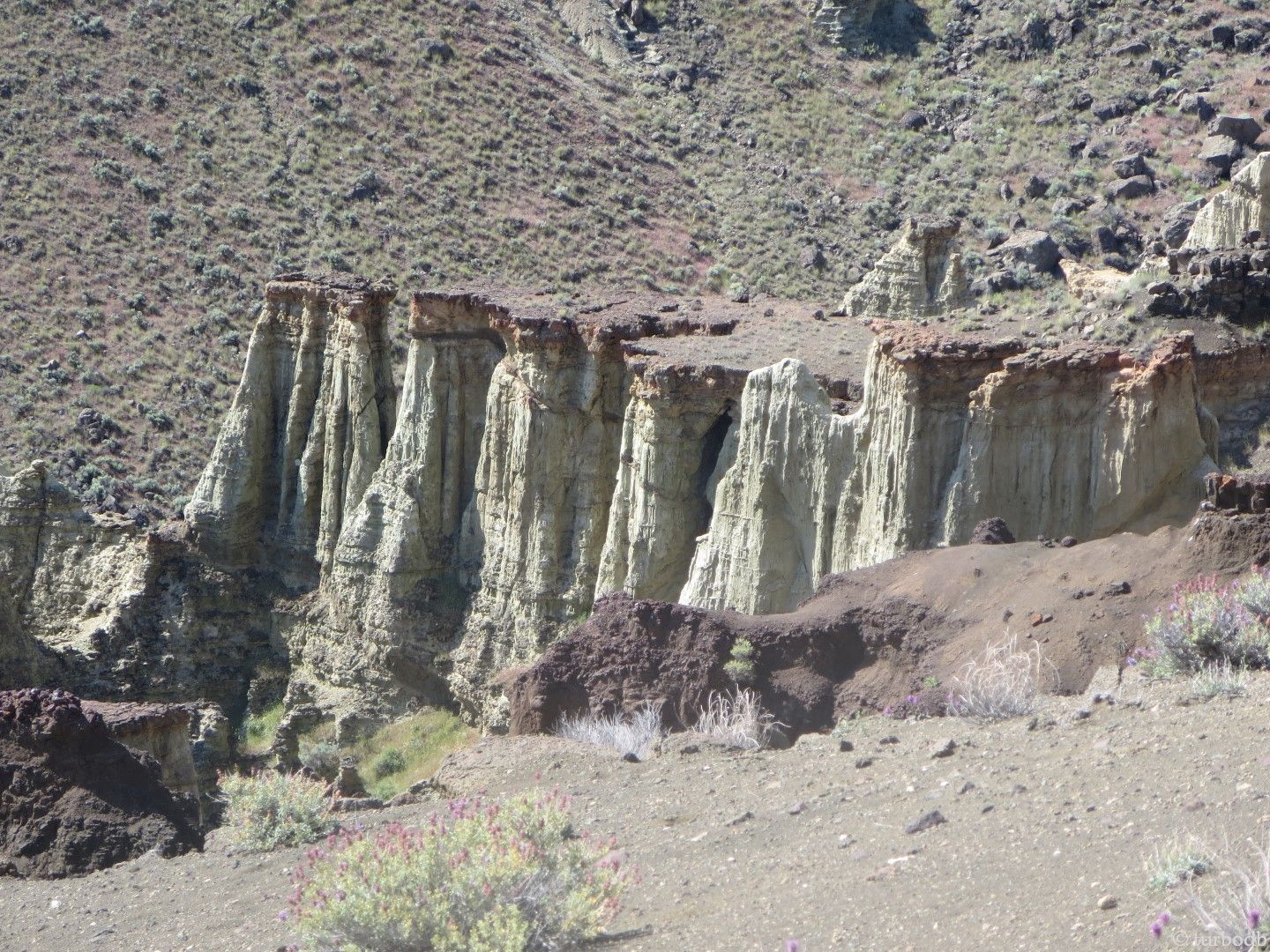 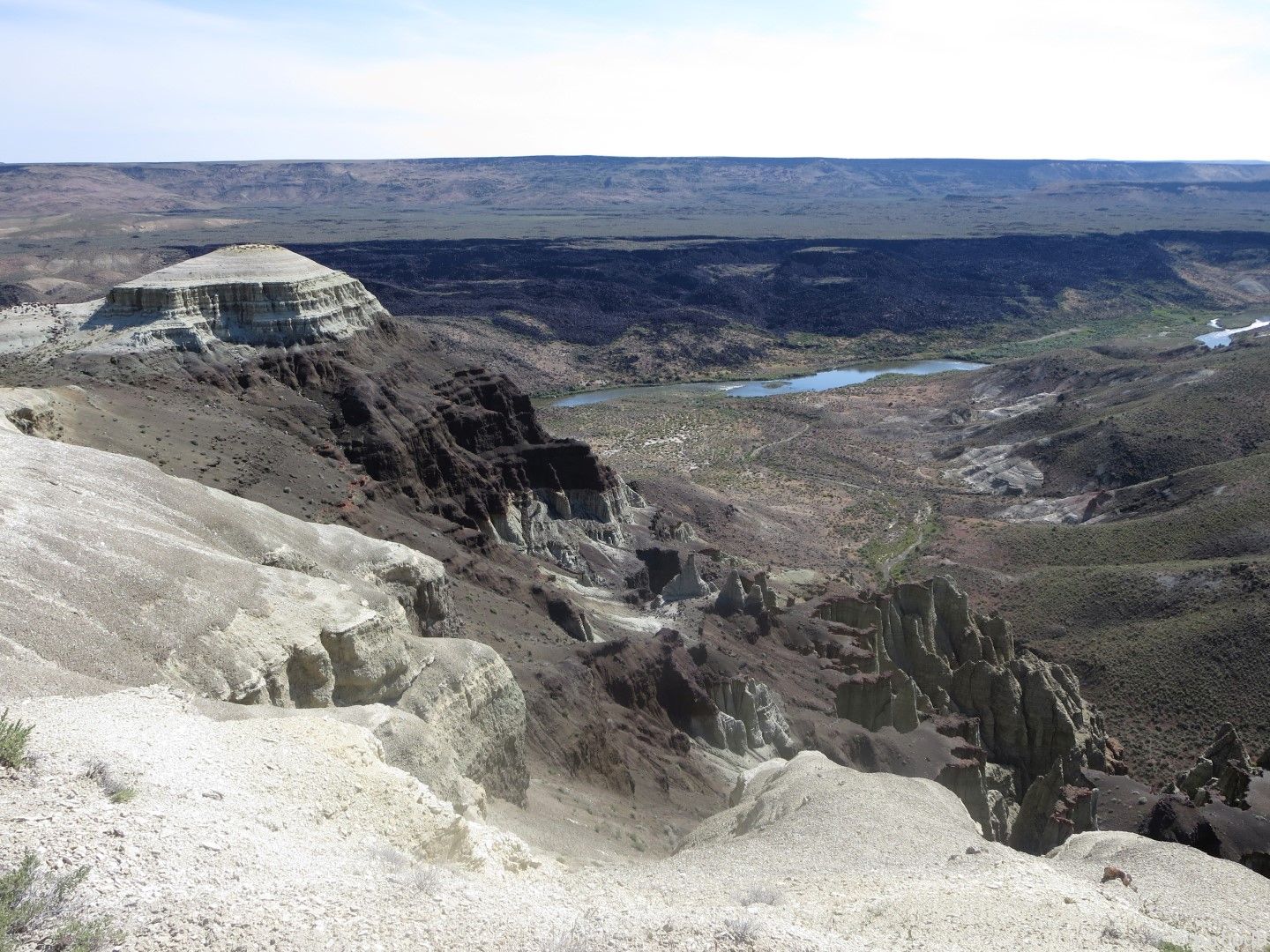 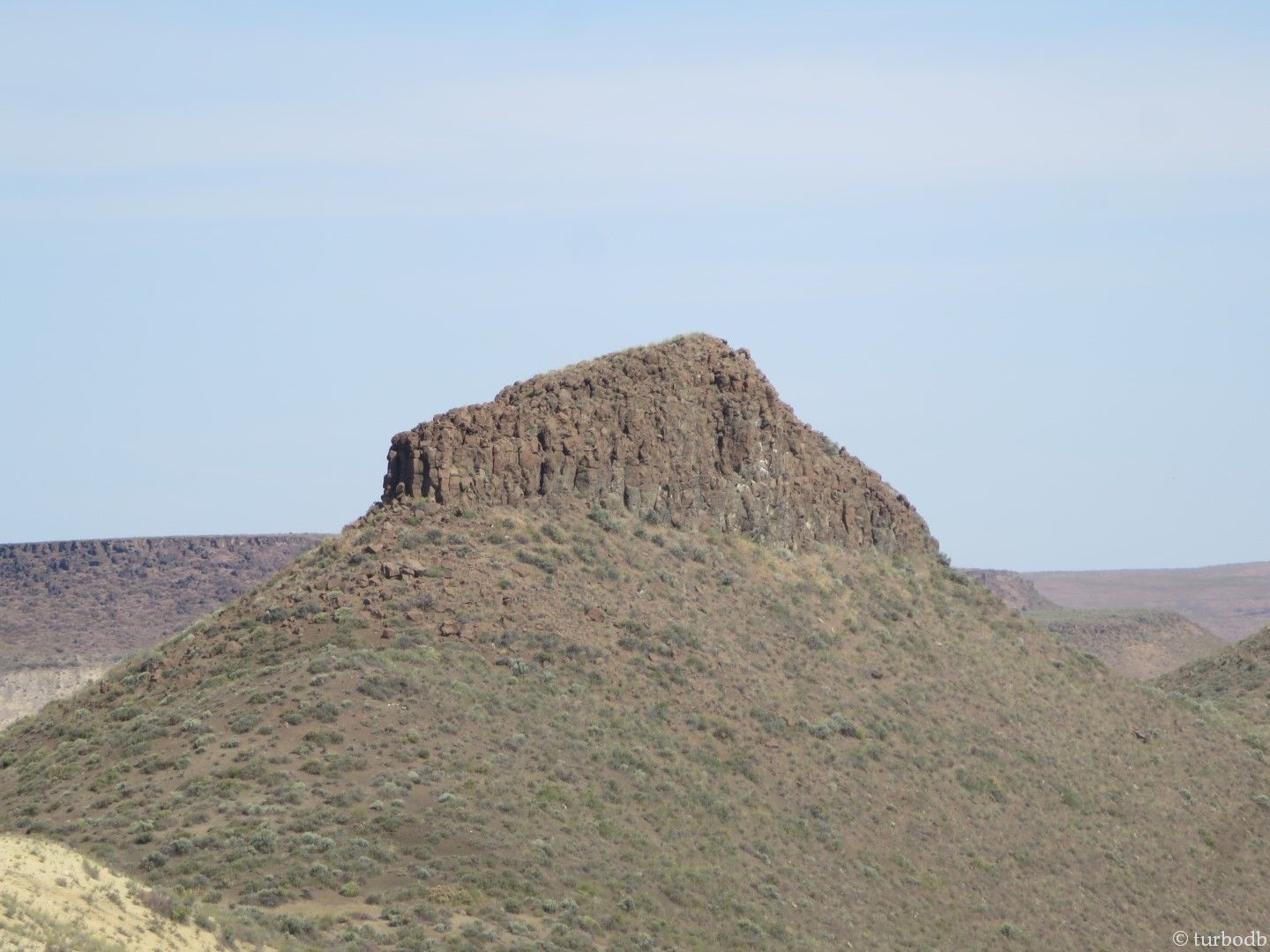 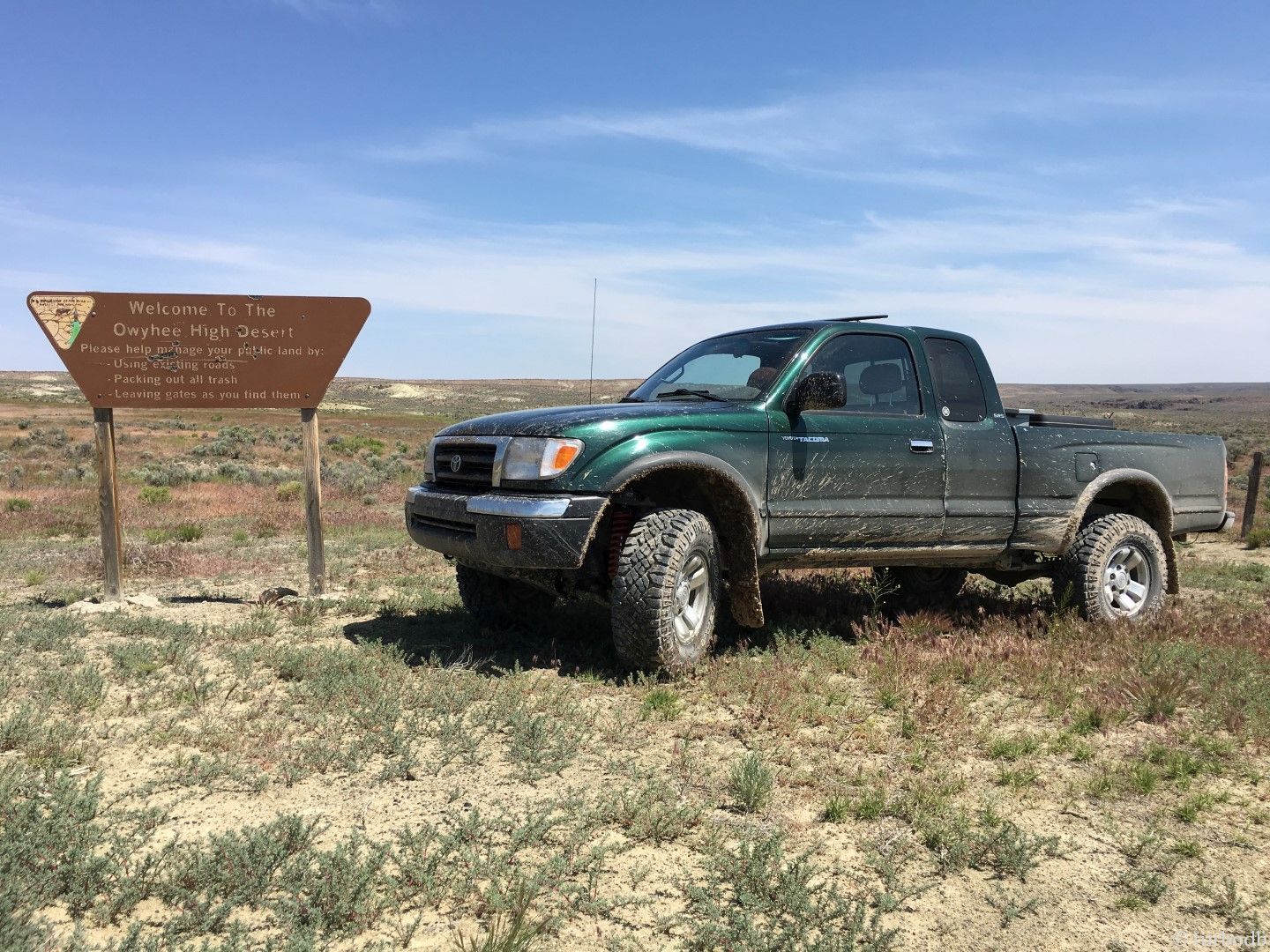 With that, it was nearly 10am, and time to head back to the truck. We had a full day ahead of us, with two major stops - at Jordan Craters, and Three Forks.

On our way out of Chalk Basin, it was time for one final picture. And of course, another on the way to Jordan Craters, all on BLM (Bureau of Land Management) land, and all on 4WD "roads." 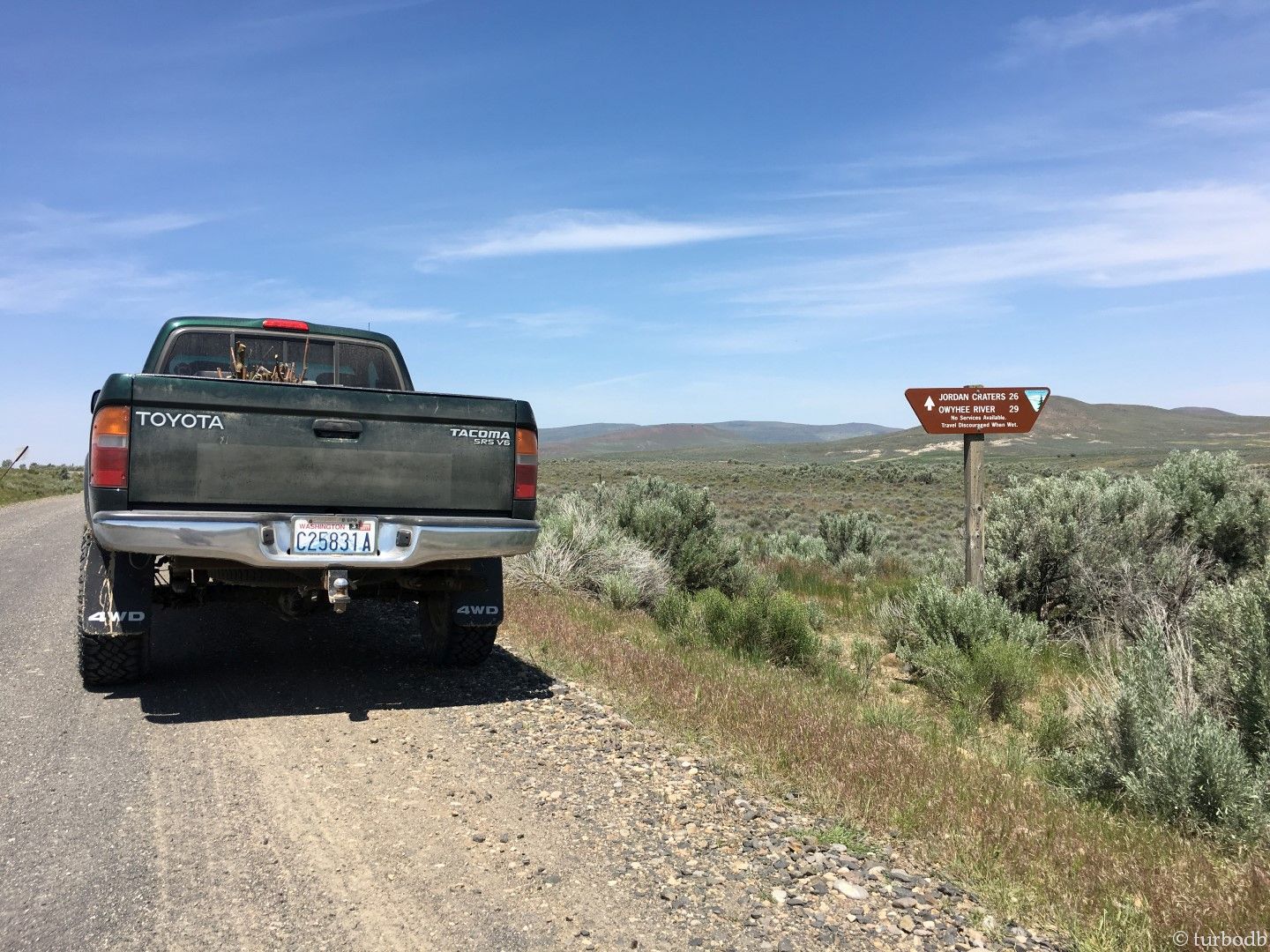 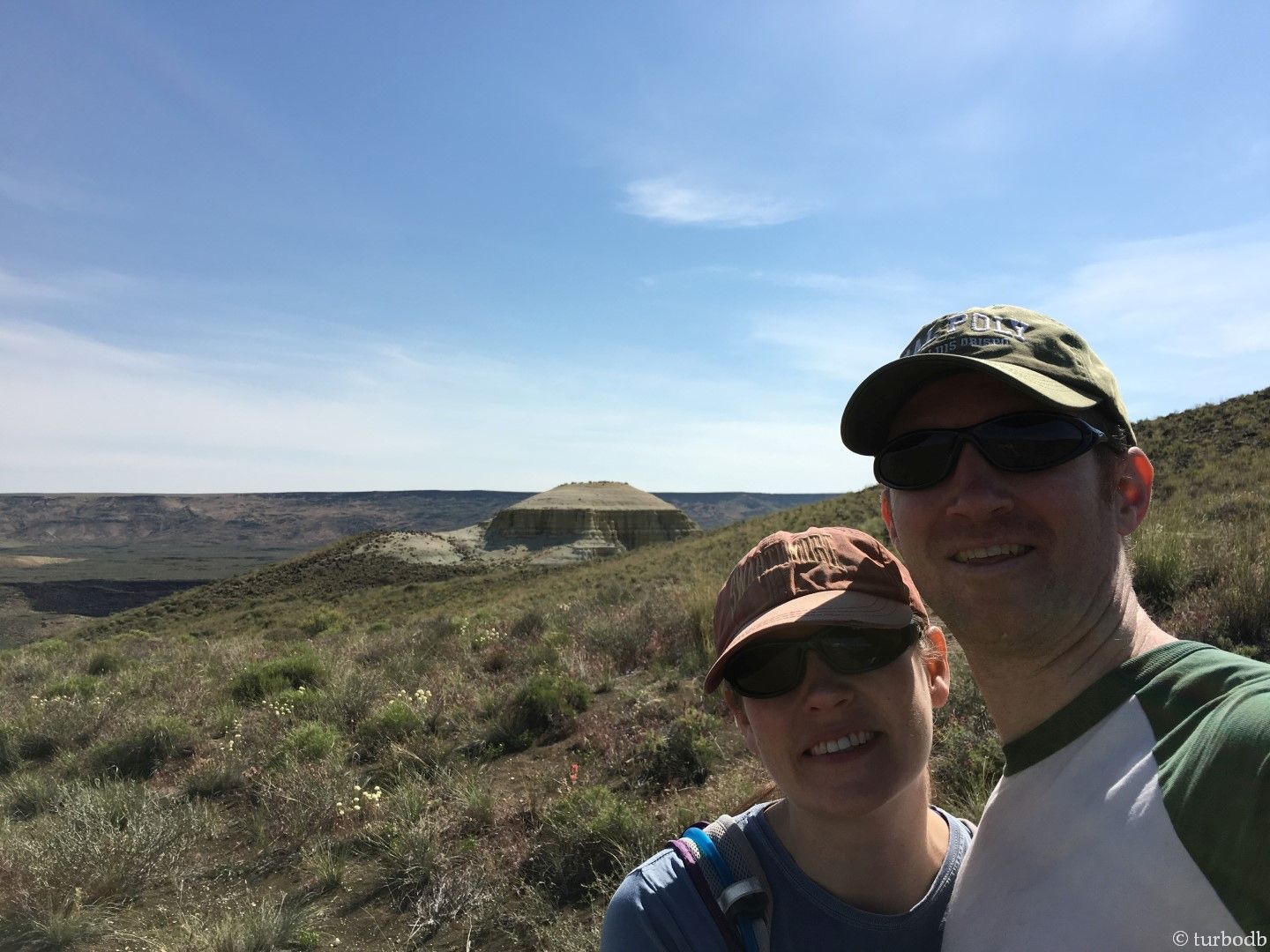