The whole of Owyhee Canyonlands are composed of various volcanic activity. Jordan Craters is the most recent of that activity (parts of which are only ~100 years old) and are a crazy sight to see. Looking at the area when approaching via car, and even more when viewing it via satellite, it looks like a huge lake. In reality, it's a huge (~25 square mile) lava flow, with basically nothing growing in the area at all. At the very northwest corner is the place we were heading - Coffeepot Crater. 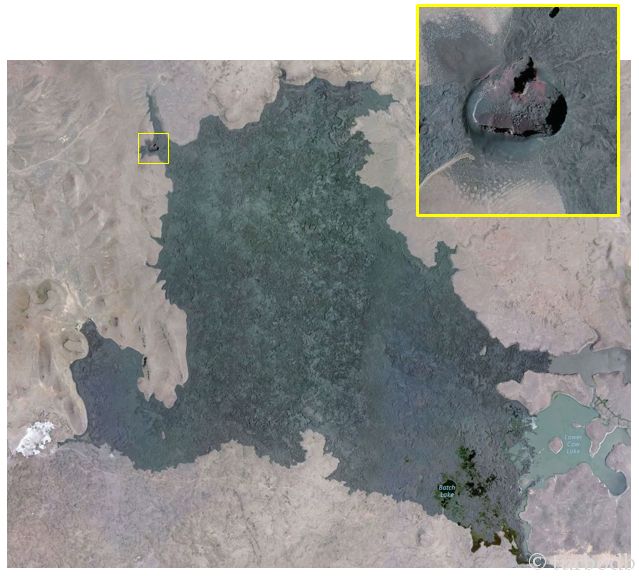 We made great time, passing a slow moving Nissan and got to Coffee Pot a little after 1pm. At the crater, we were greeted by another Tacoma, a 4Runner, and shortly after we showed up, a Tundra. Of course, the Nissan showed up eventually as well - right about the time we were leaving ;-). We also saw this guy - clearly enjoying the BLM roads in a way that only a dune buggy can! 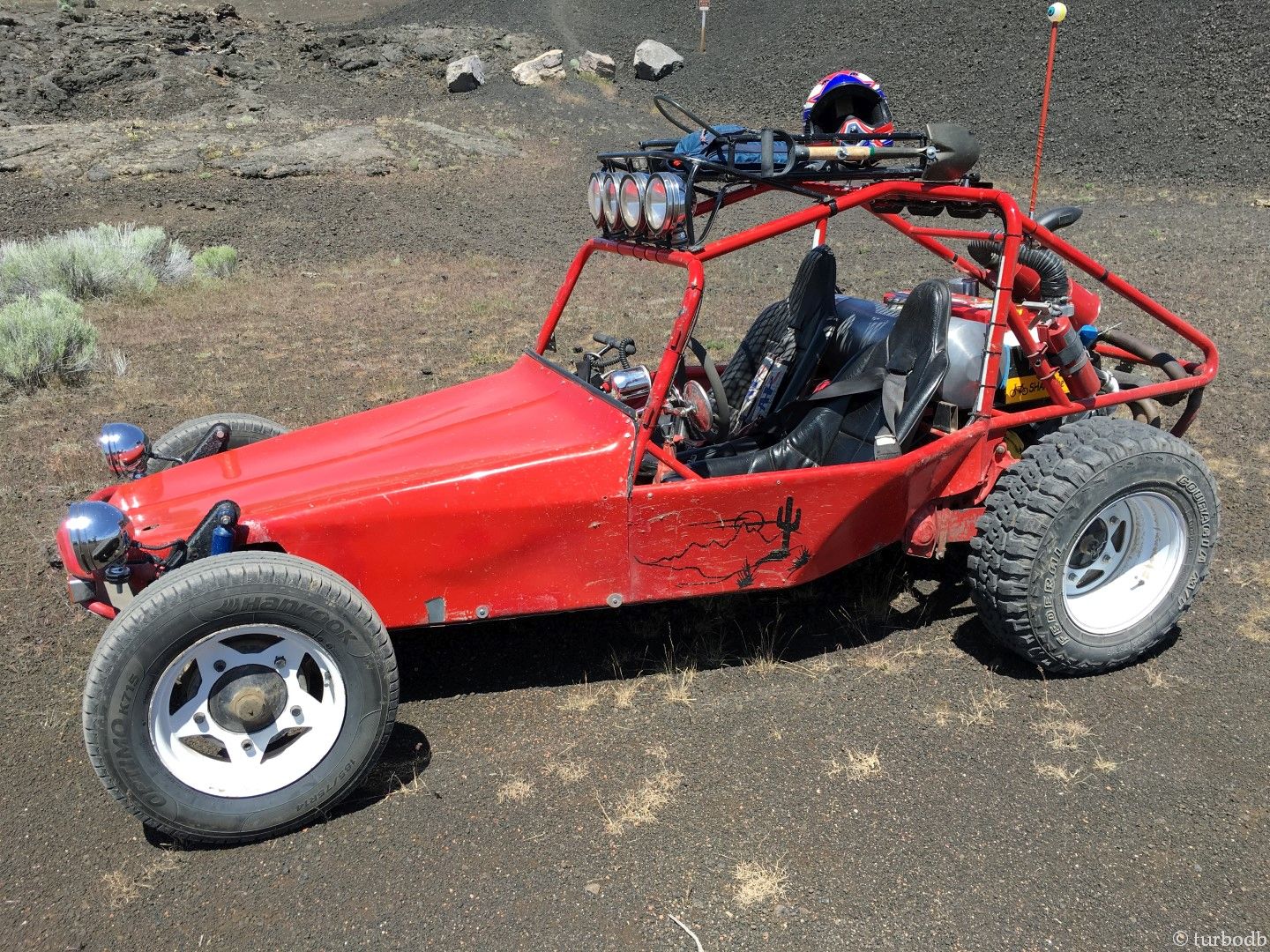 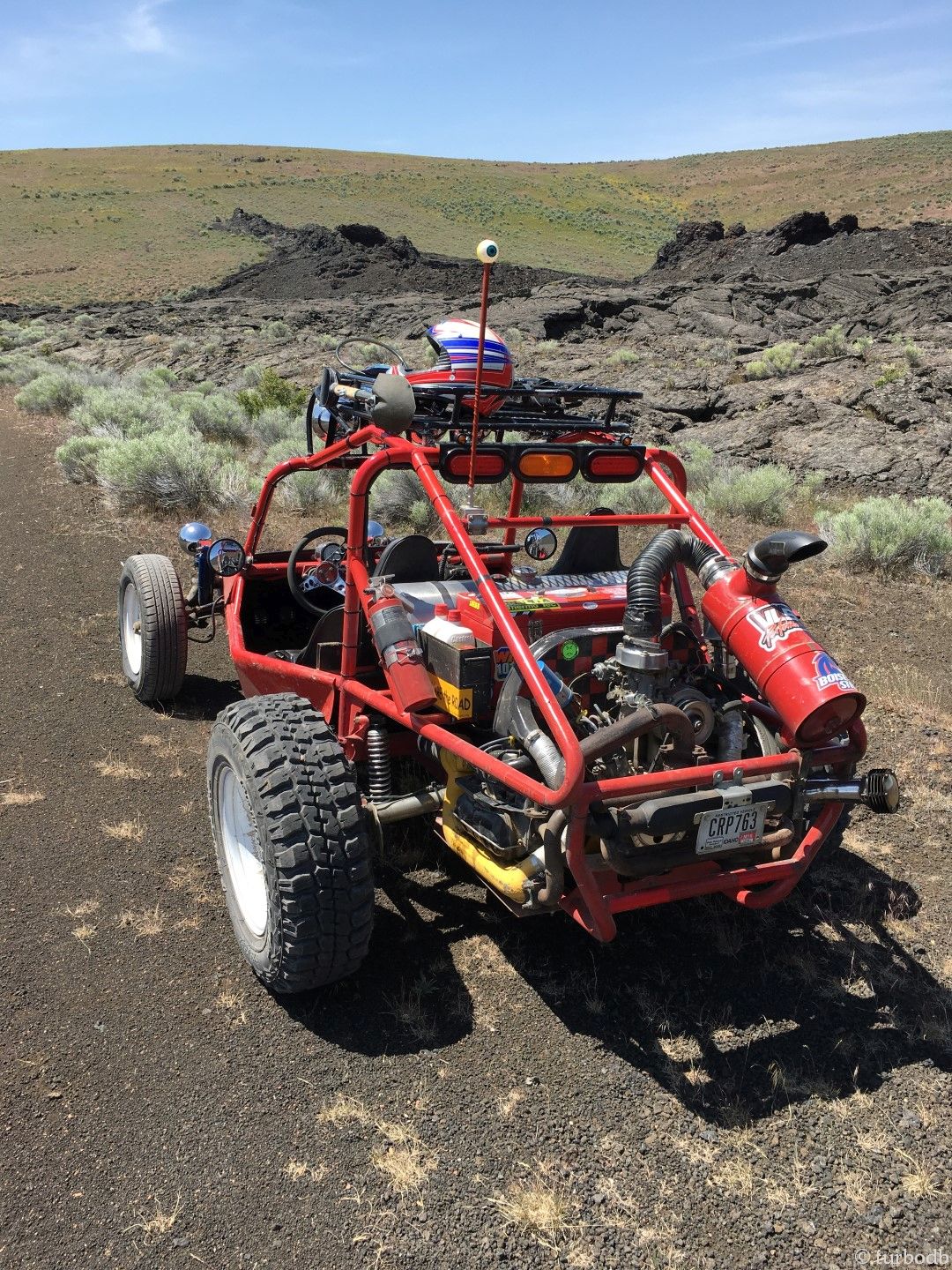 We ate a quick lunch - peanut butter and jelly, Lay's potato chips, and an apple, and headed out for a short exploration of the crater. We thought that it might be anti-climactic after Chalk Basin, but we were in for a surprise.

The crater was big, and being BLM, you could walk just about anywhere. We saw amazing rocks, lava tubes (if there are animals in there, they got a couple apple cores), collapsed domes, flows, and geometric cracks that fit together like puzzle pieces. A few of the colorful volcanic rocks even made their way home with us. 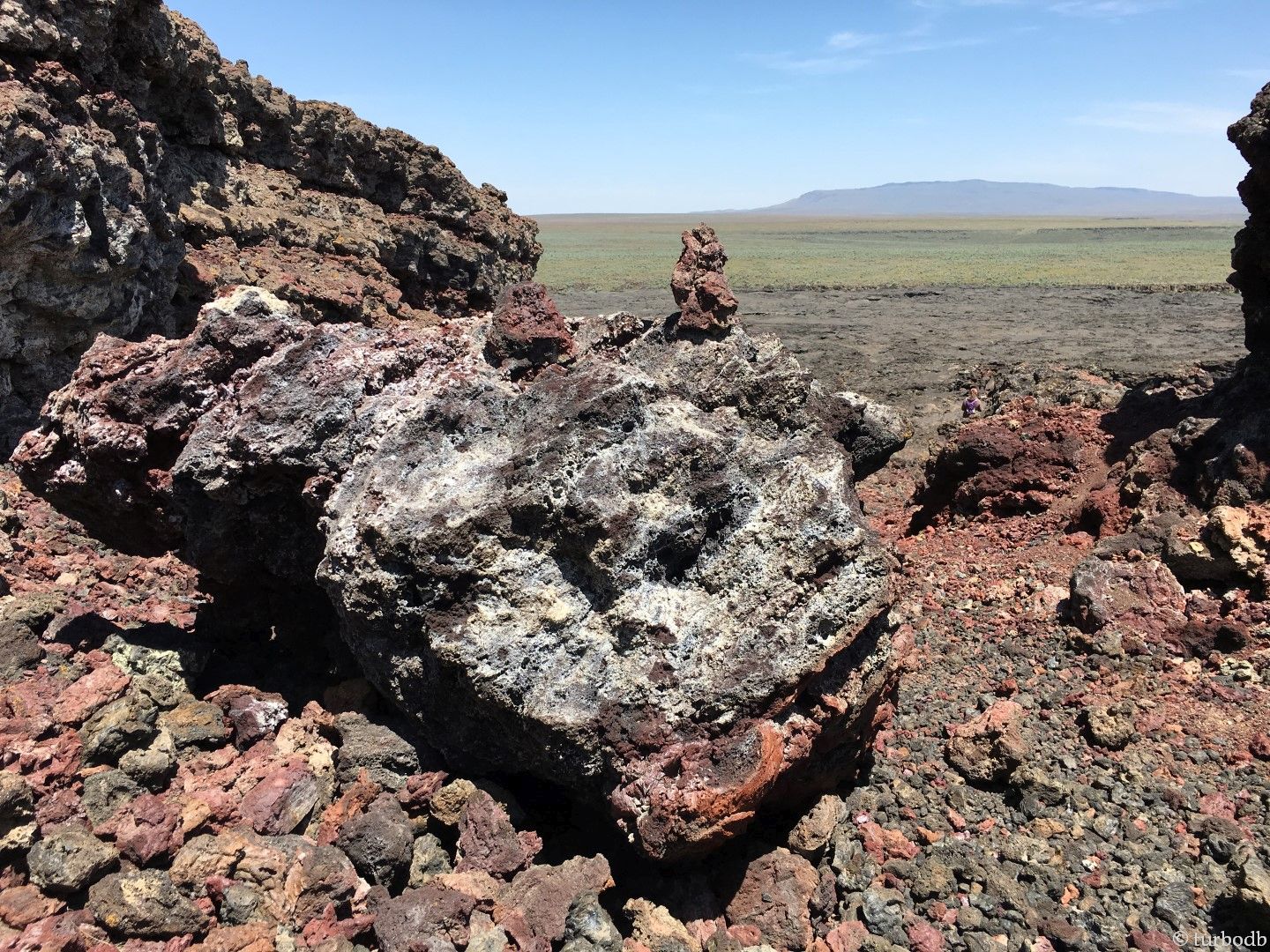 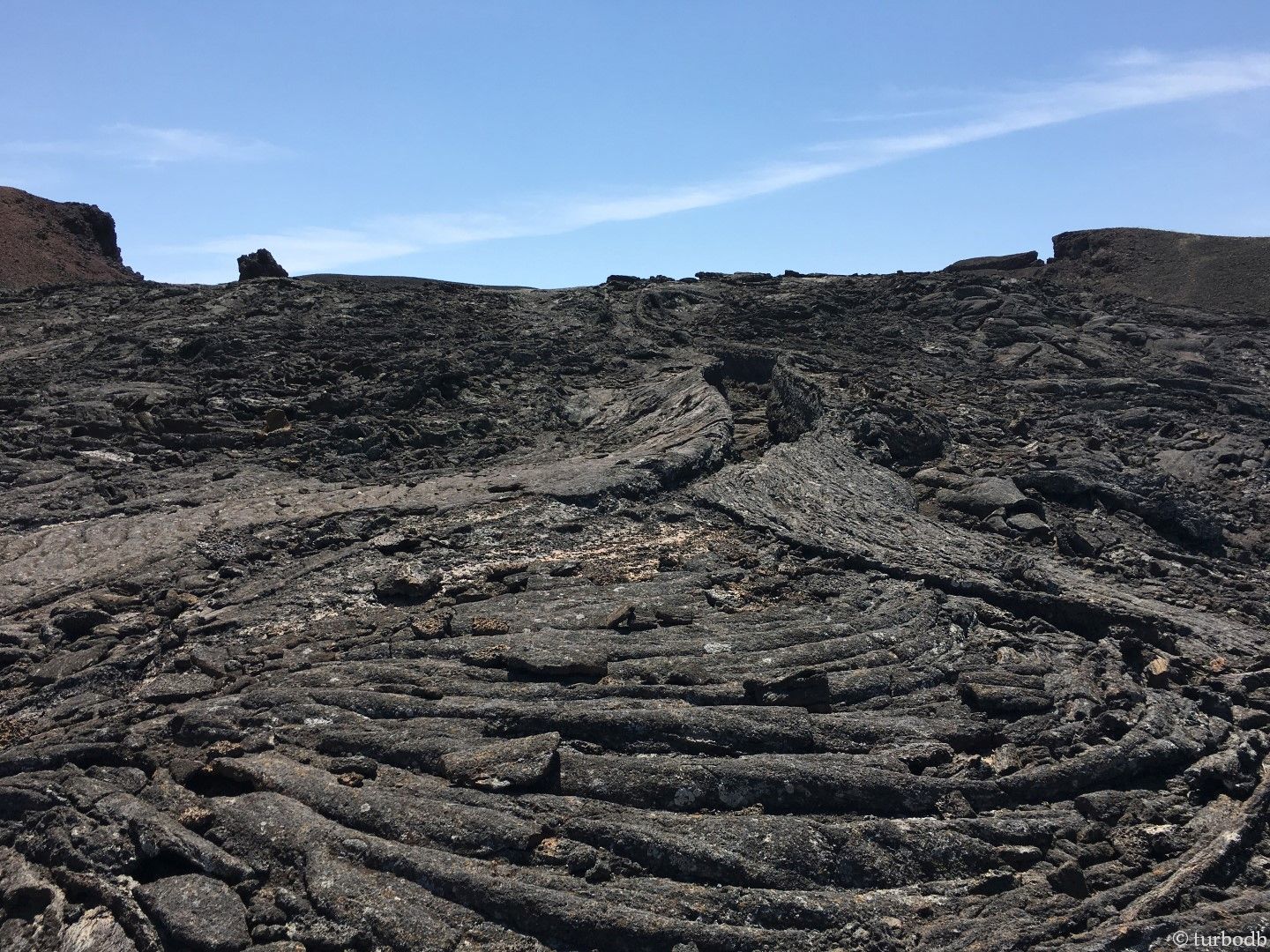 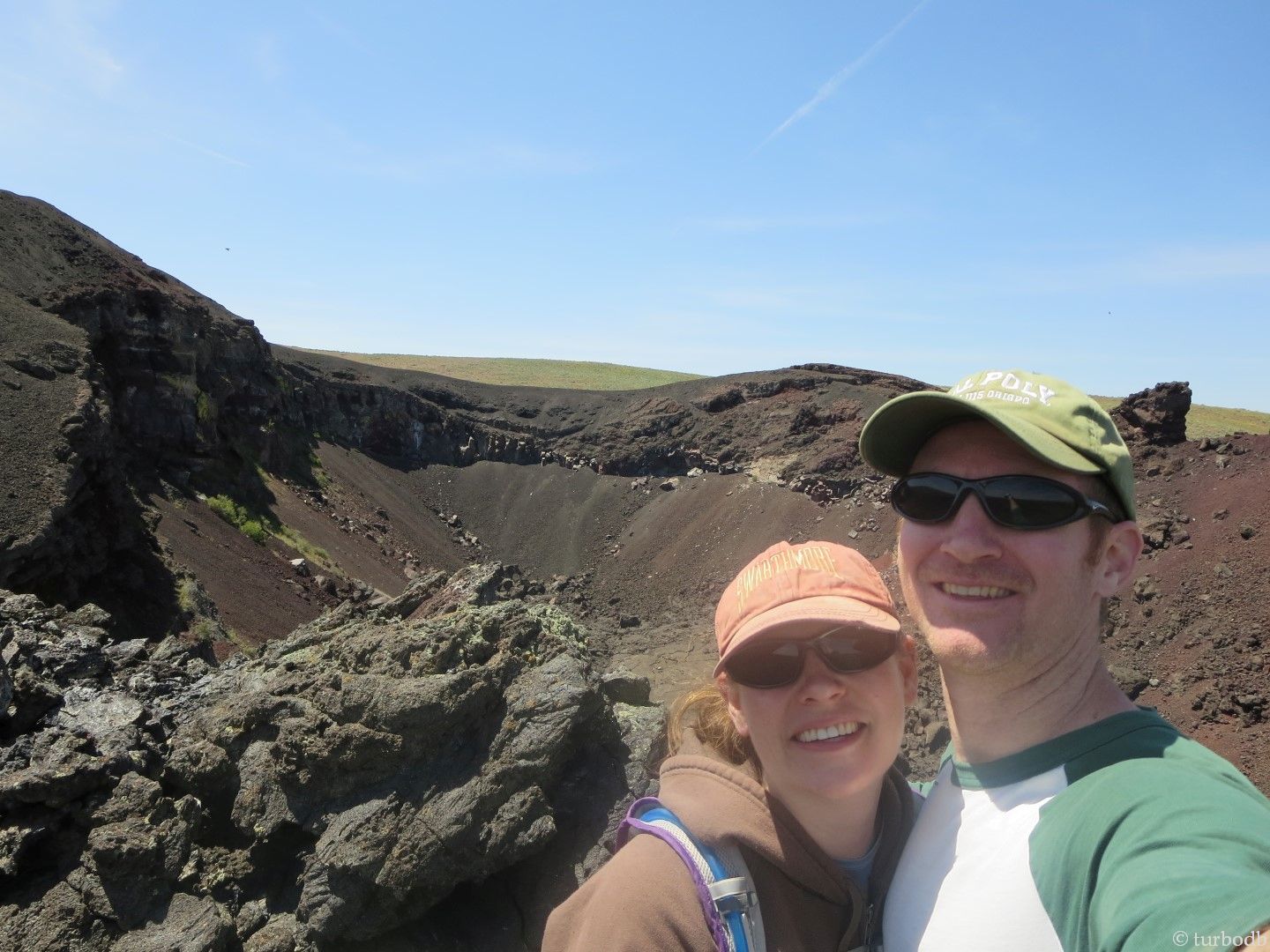 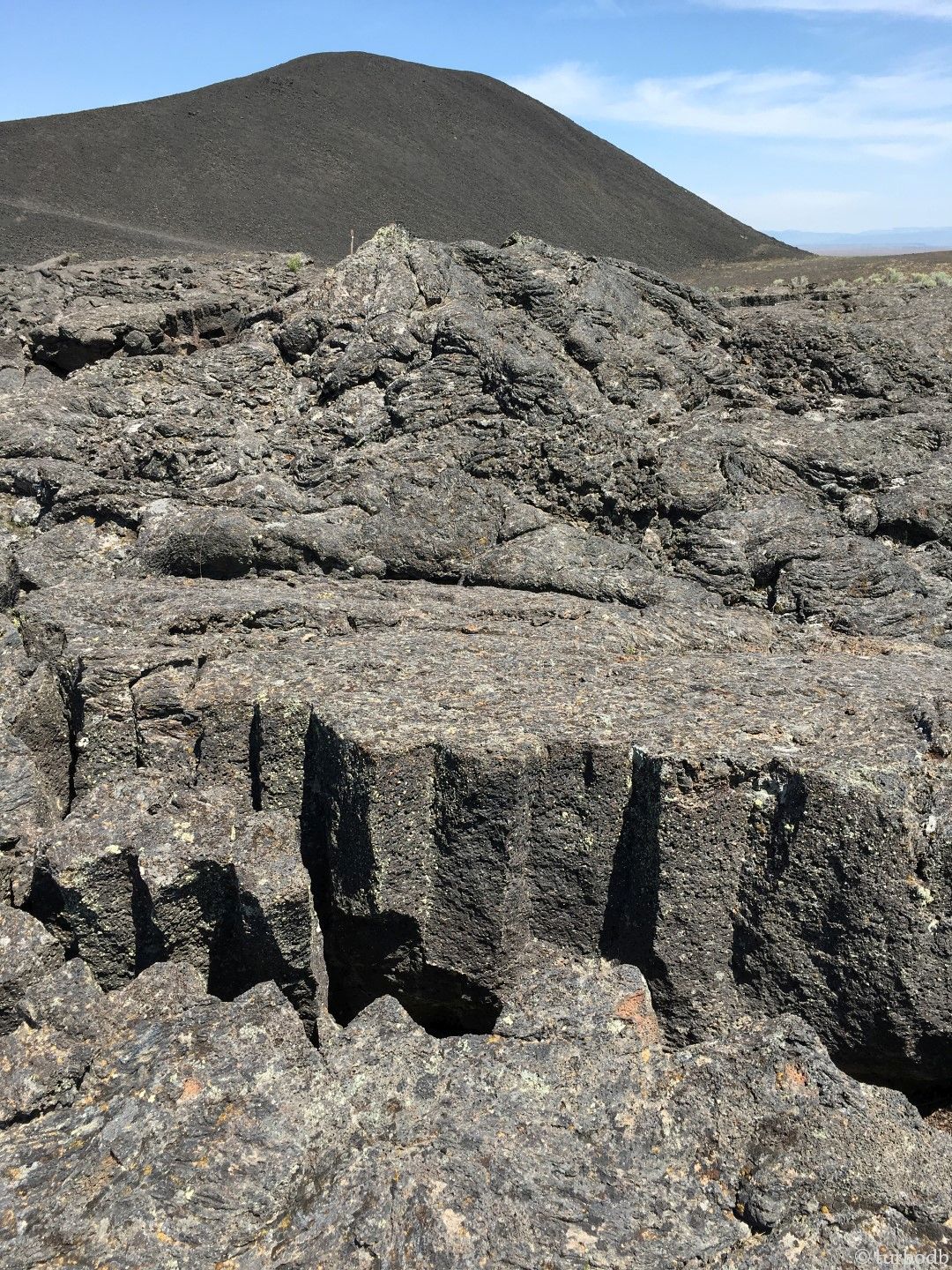 An hour and a half later, and we were ready to hit the road again. We had a 3-hour drive to Three Forks, where we planned to spend the night, taking advantage of the hot springs located next to one of the forks of the Owyhee River.

But oh, if only it was that easy.

On our way to Three Forks, we headed through Jordan Valley, a small Basque cattle town, with a few homes, a school, and a gas station, hotel and food mart (all owned by Jim). It was time to fill up with gas, and being Oregon, the attendant ran out and topped off the tank.

On our way out of town, disaster. The engine light in the truck came on. 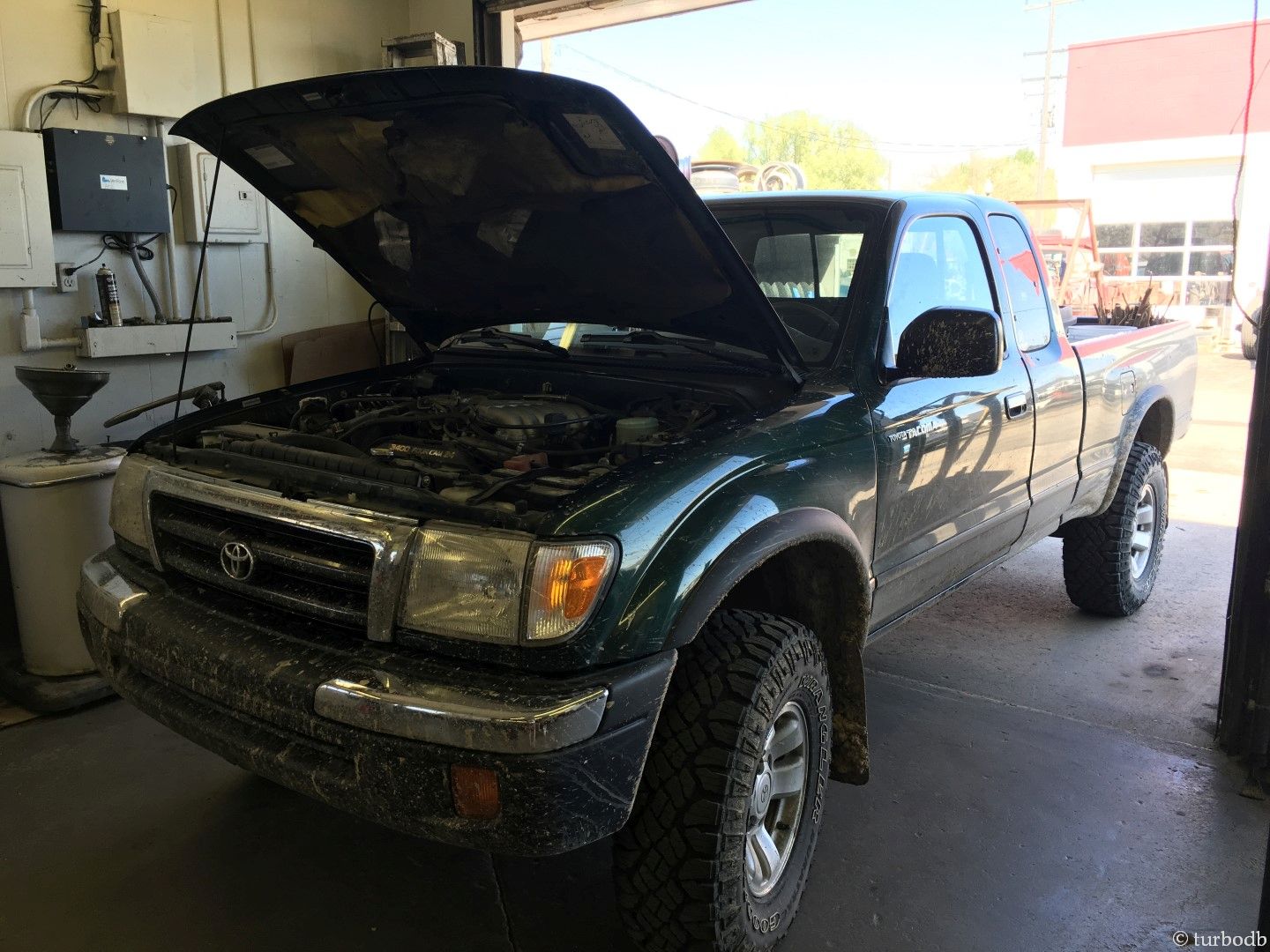 That's never happened before, so I gave pops a call while @mrs.turbodb read her guide book. It was suspicious that the light came on just after getting the truck filled up, and in the end we decided to keep going - it wasn't an easy decision with 800 miles left to go (many of them off-road) but the fluid levels were good, engine temp was normal, and hey, this is a Toyota Tacoma.