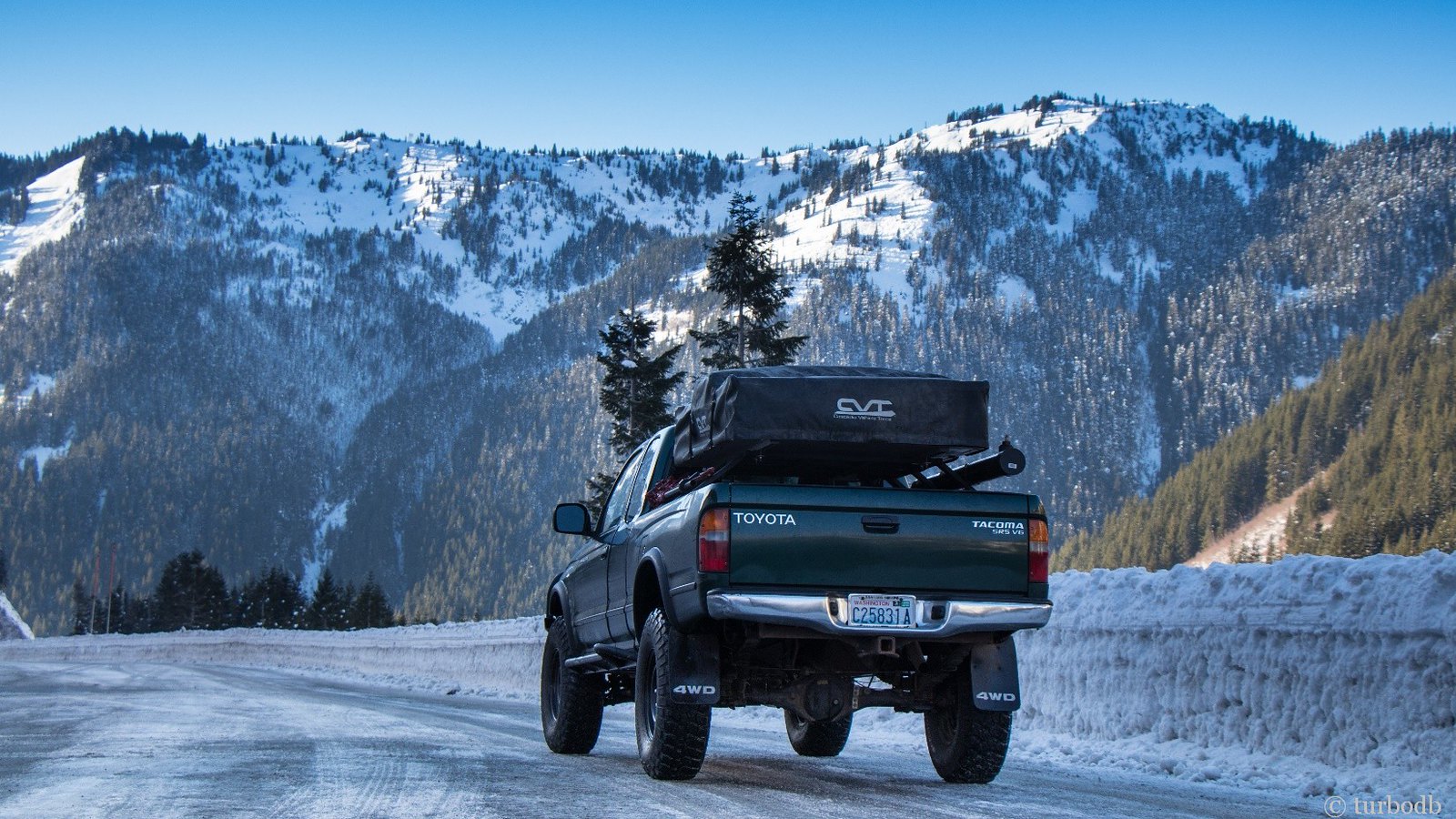 Breaking in the New Gears

Before leaving JT's Parts & Accessories, I'd gotten the rundown from Jared and Chris on how to best break in the gears they'd just installed. Essentially, it boiled down to what gear manufacturers recommended as well...

Please follow the below guidelines to ensure a proper break-in and long life of your gears.

The one tweak to those recommendations that they had was that it would be good to do three "initial run" cycles, letting the differentials get up to temperature and cool down completely. We’d already done the first cycle on the test drive, and the second cycle would get us to Leavenworth - perfect because that's where we'd arranged to stay at Sleeping Lady for the night anyway - you know, because this whole thing was supposed to take two days, not one!

It turned out that we were one of two couples staying that night, and so it was bottomless filet and desserts at the Kingfisher restaurant, and we had the hot tub on the mountain all to ourselves! 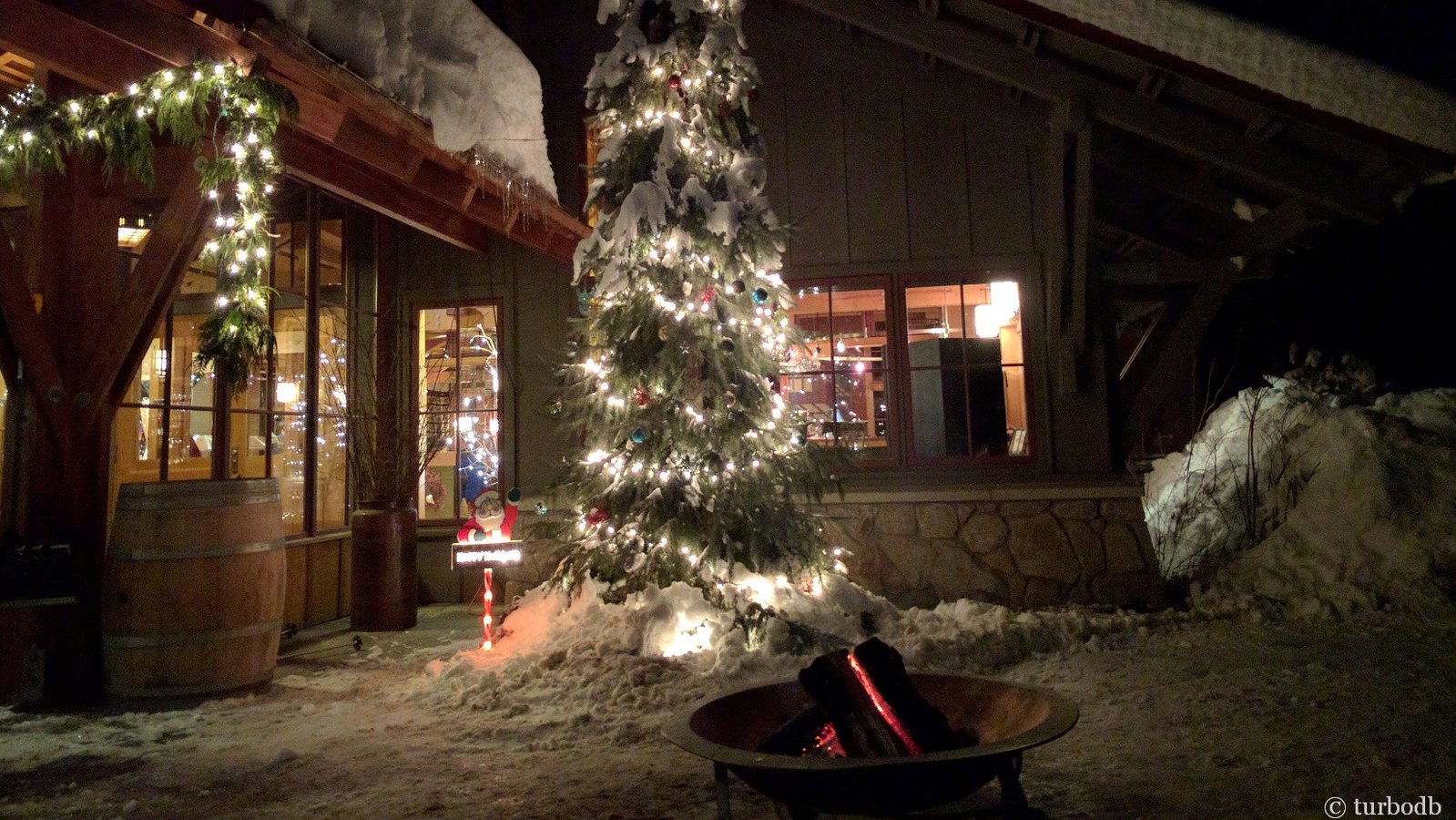 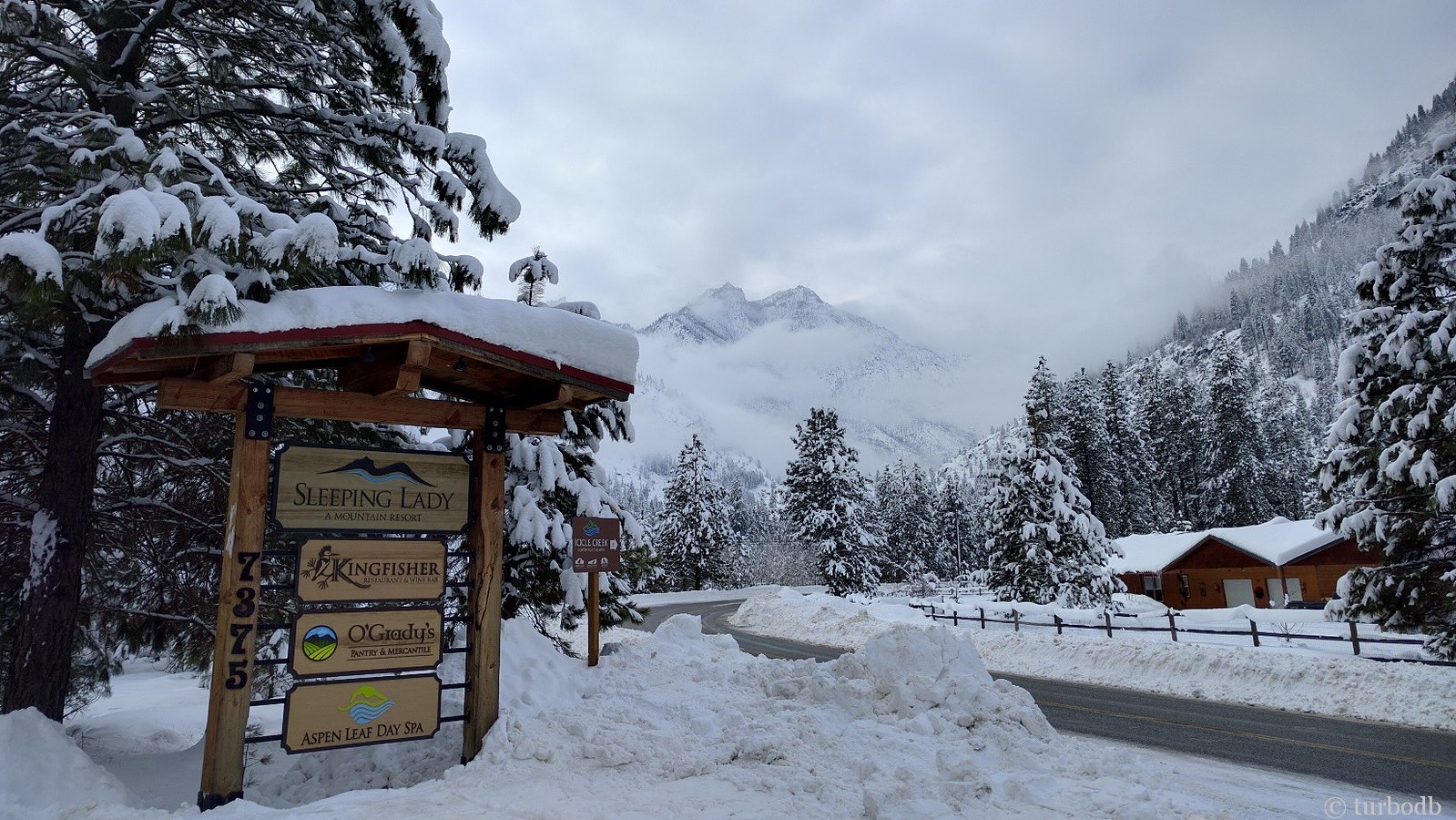 In the morning, I headed back towards Seattle on US-2, with a plan to do three more break-in cycles (two more than called for) as well as make a few stops to keep the initial runtime of the gears to less than 50 miles between cooldowns.

I made stops at the entrance to Tumwater campground, at the turn off to Merritt Lake trailhead, and then again at Steven's Pass, where the sun finally came out and I was able to get some photos. Each time I stopped, the rear diff was hot to the touch - in the 180°F range, I'd say - but cooled off quickly in the 29°F-and-windy weather

I spent the time editing pics from the day before, and was back on my way within 25 minutes. 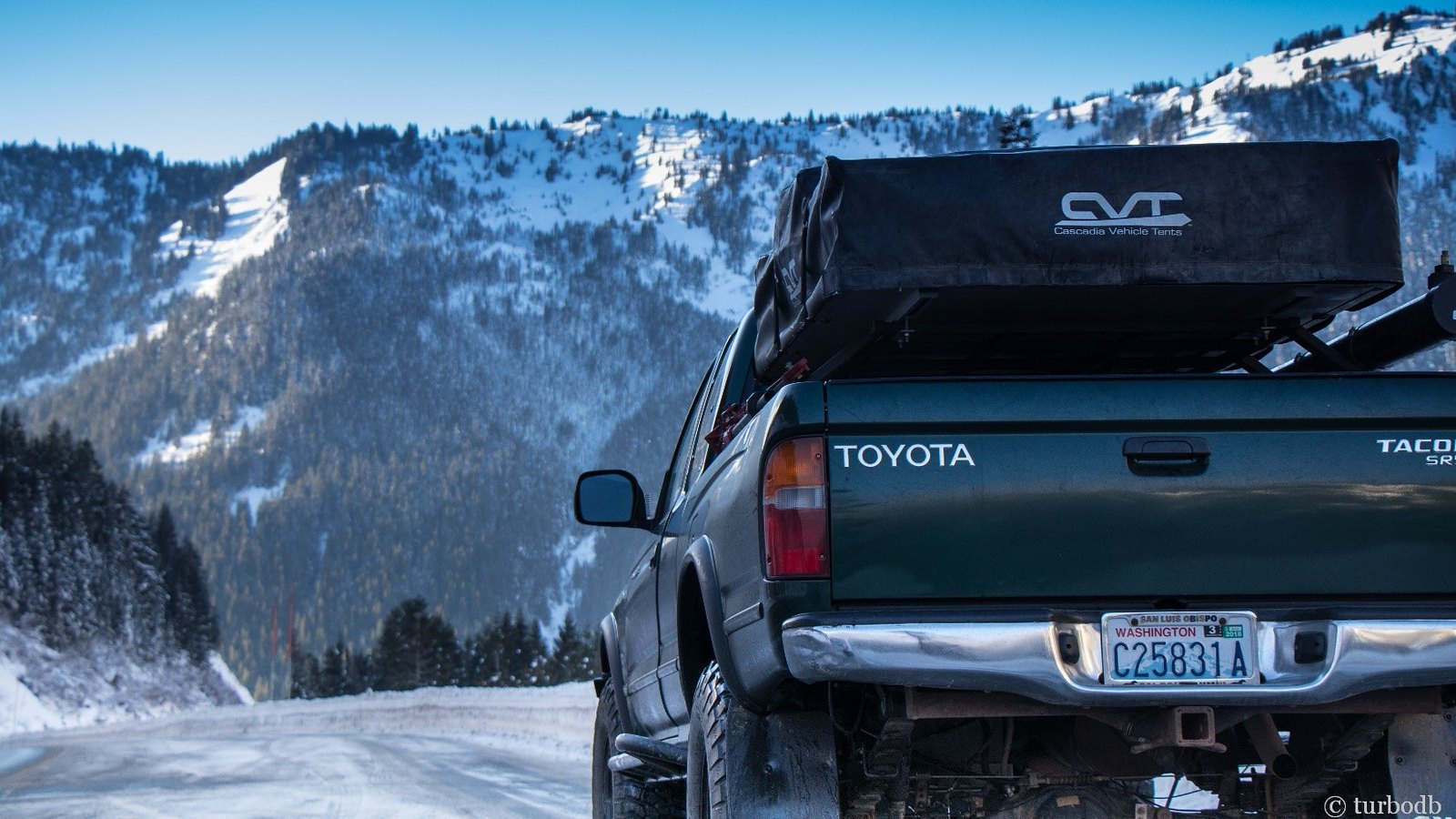 From Steven's, the next stop was longer - 35 miles to Sultan - with varied speeds and some curvy roads to break in the gears - at least in the rear. And from there, 35 more miles on WA-522 into Seattle rather than taking I-5 or I-405 - it took a bit longer, but I was able to get more varied speeds - a good thing for the break in.

The next few days I drove it around town, and also decided to head the Snoqualmie Pass direction to get a few 4WD break-in cycles for the front diff. There's no way I'd get it to the 500-mile-first-oil-change, but I knew that I could at least do 3 break-in cycles on some easy trails. 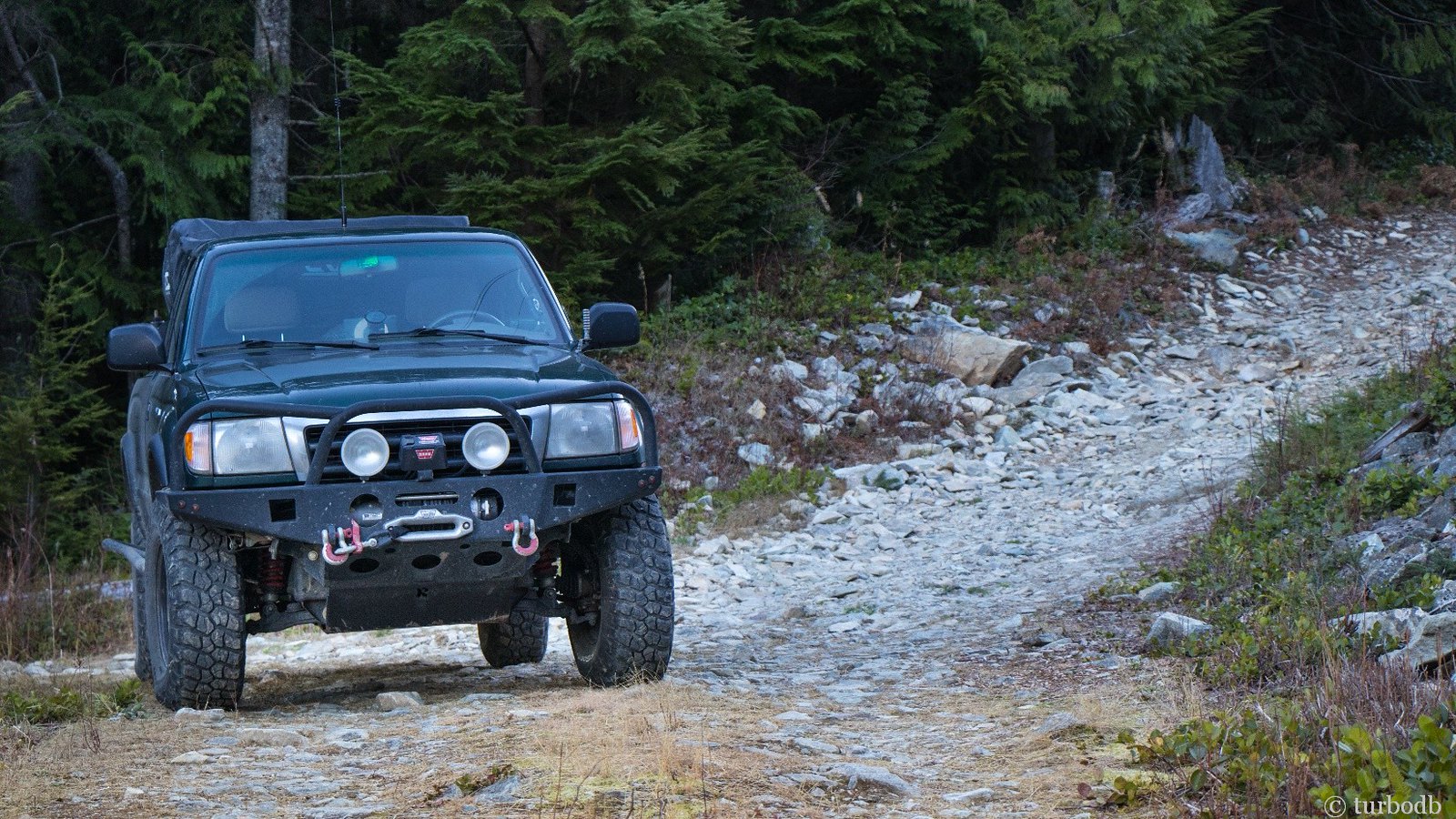 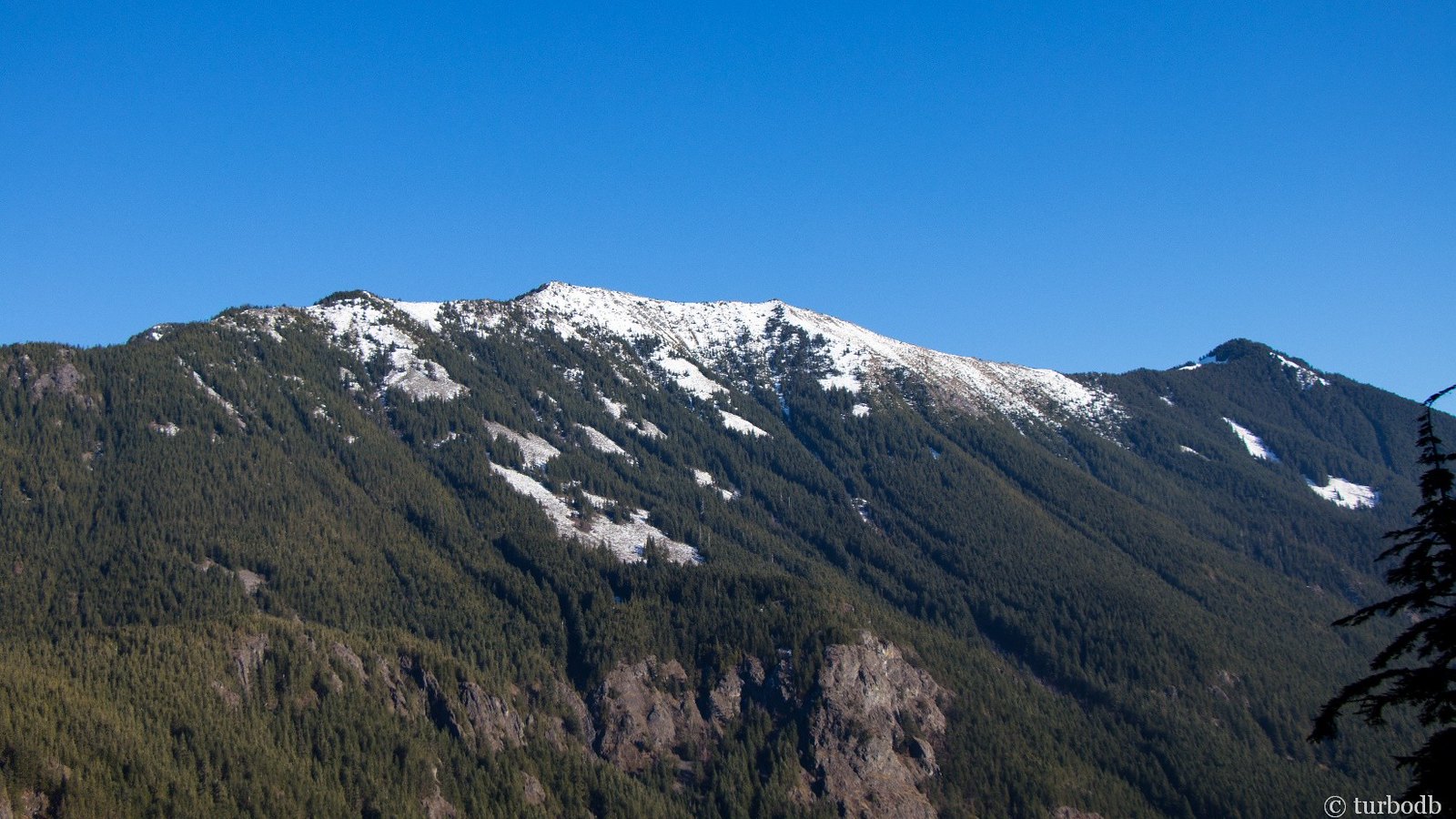 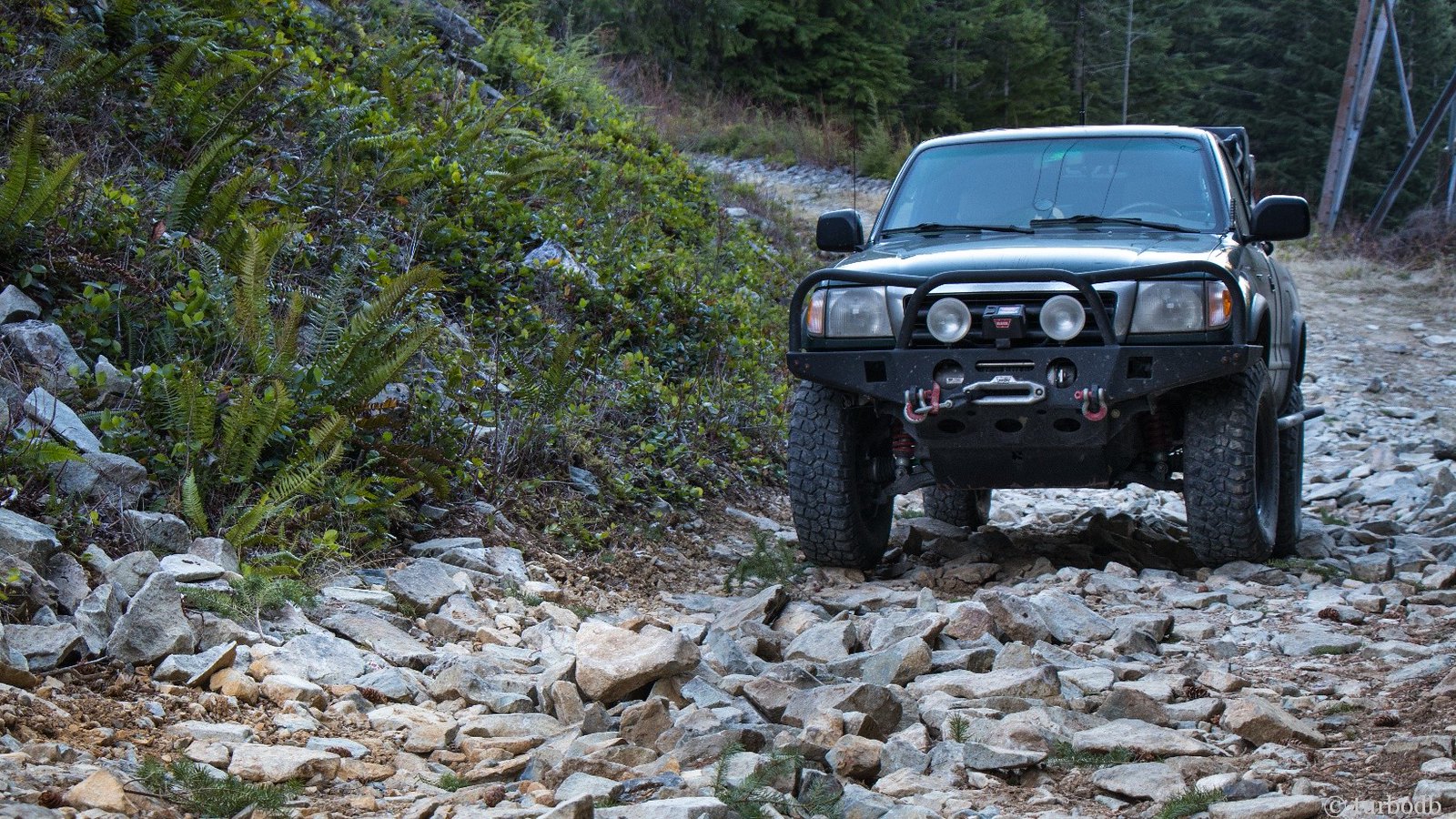 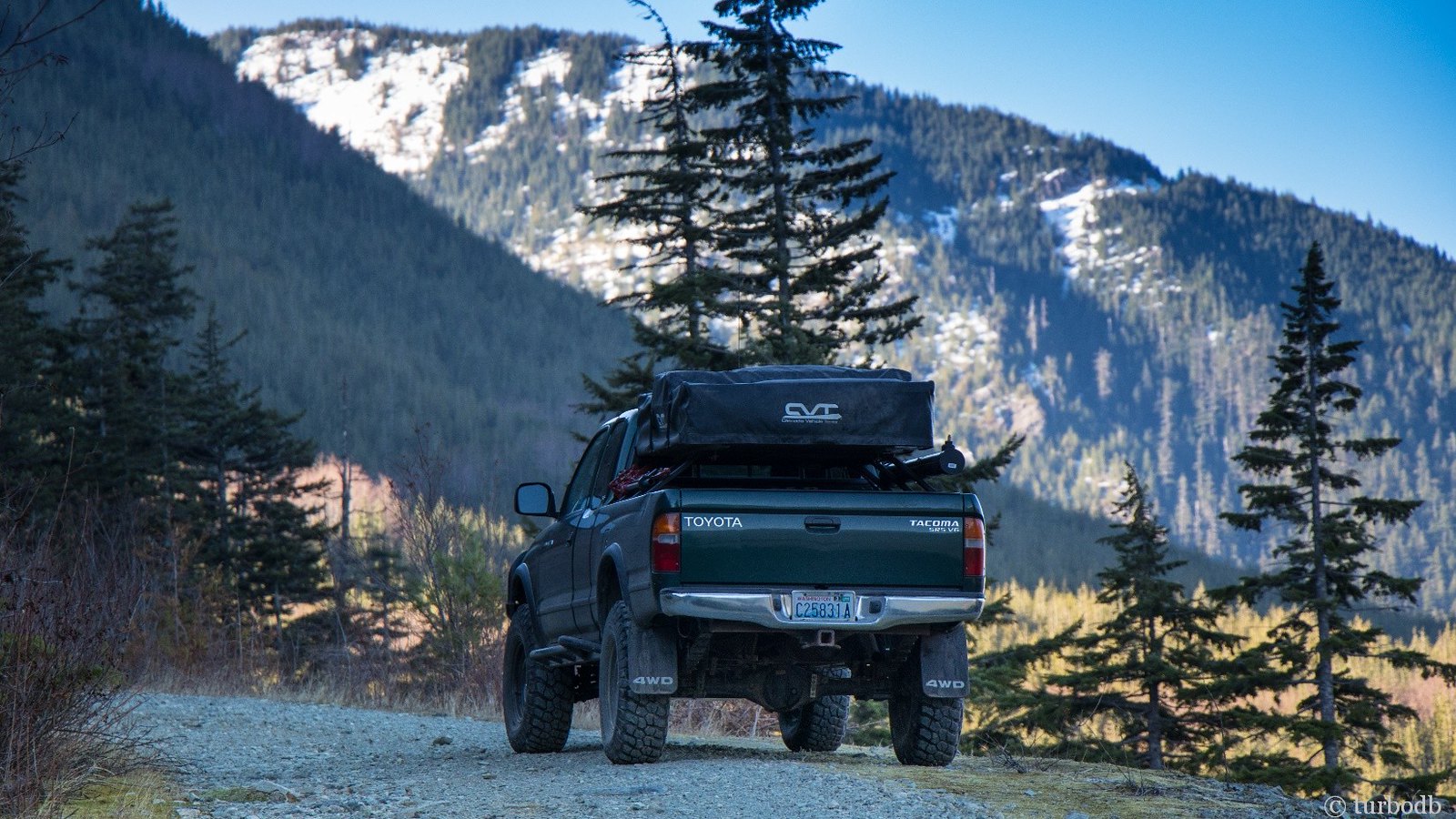 It was especially interesting to see how much less water was flowing down Mine Creek than just three weeks before when we'd crossed it to get our Christmas Tree. Now there was only a trickle, all flowing through the culvert. 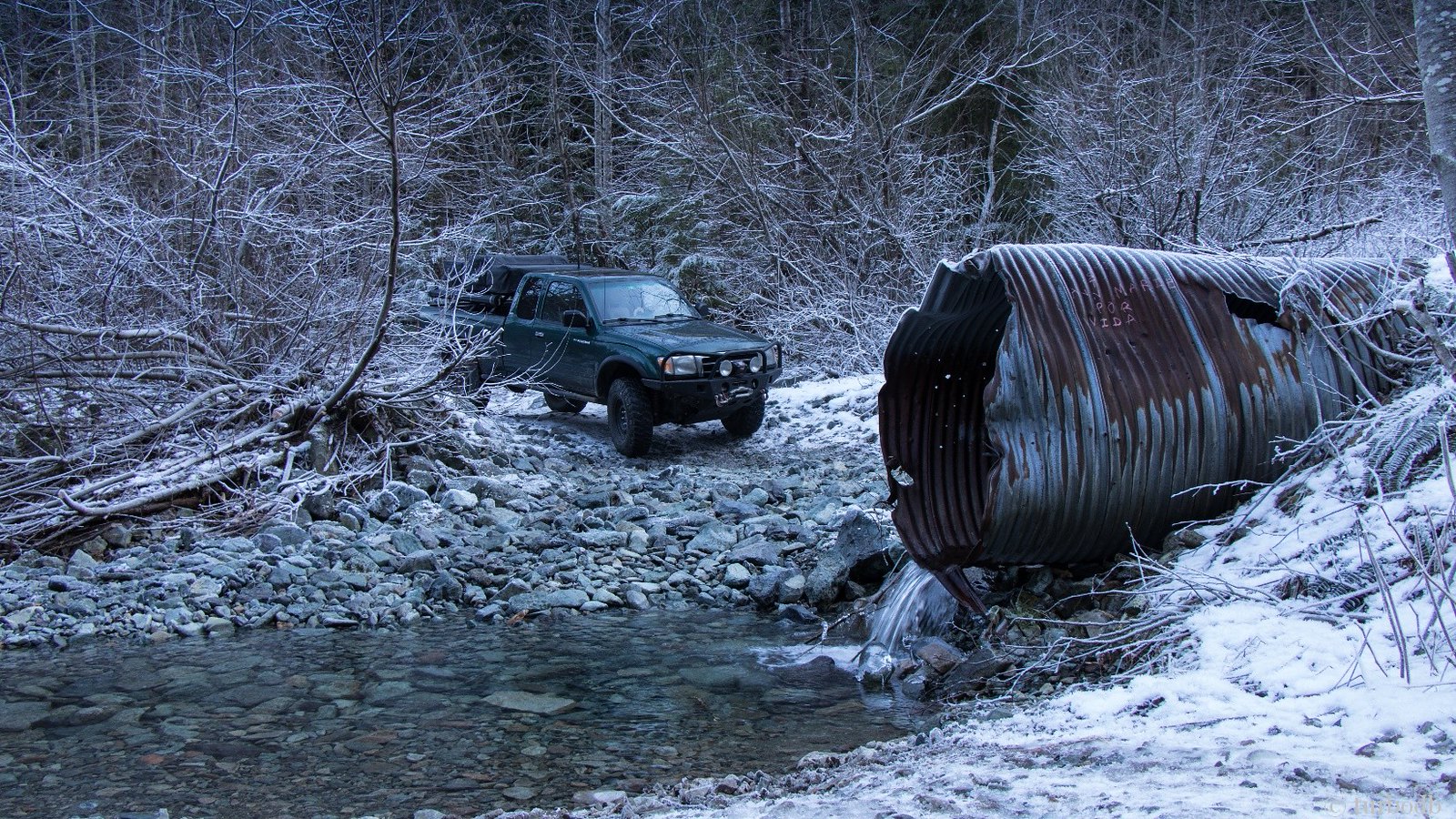 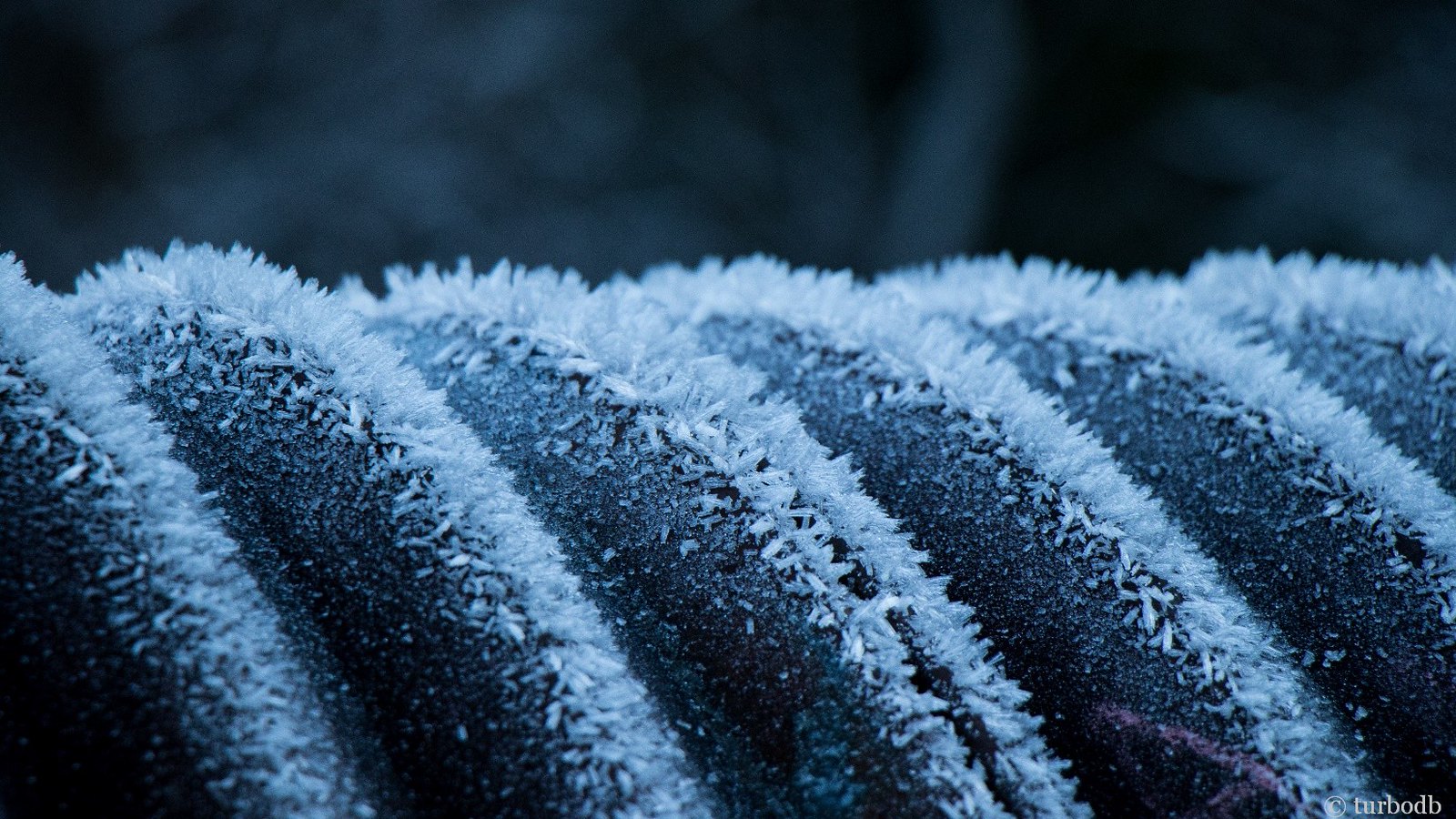 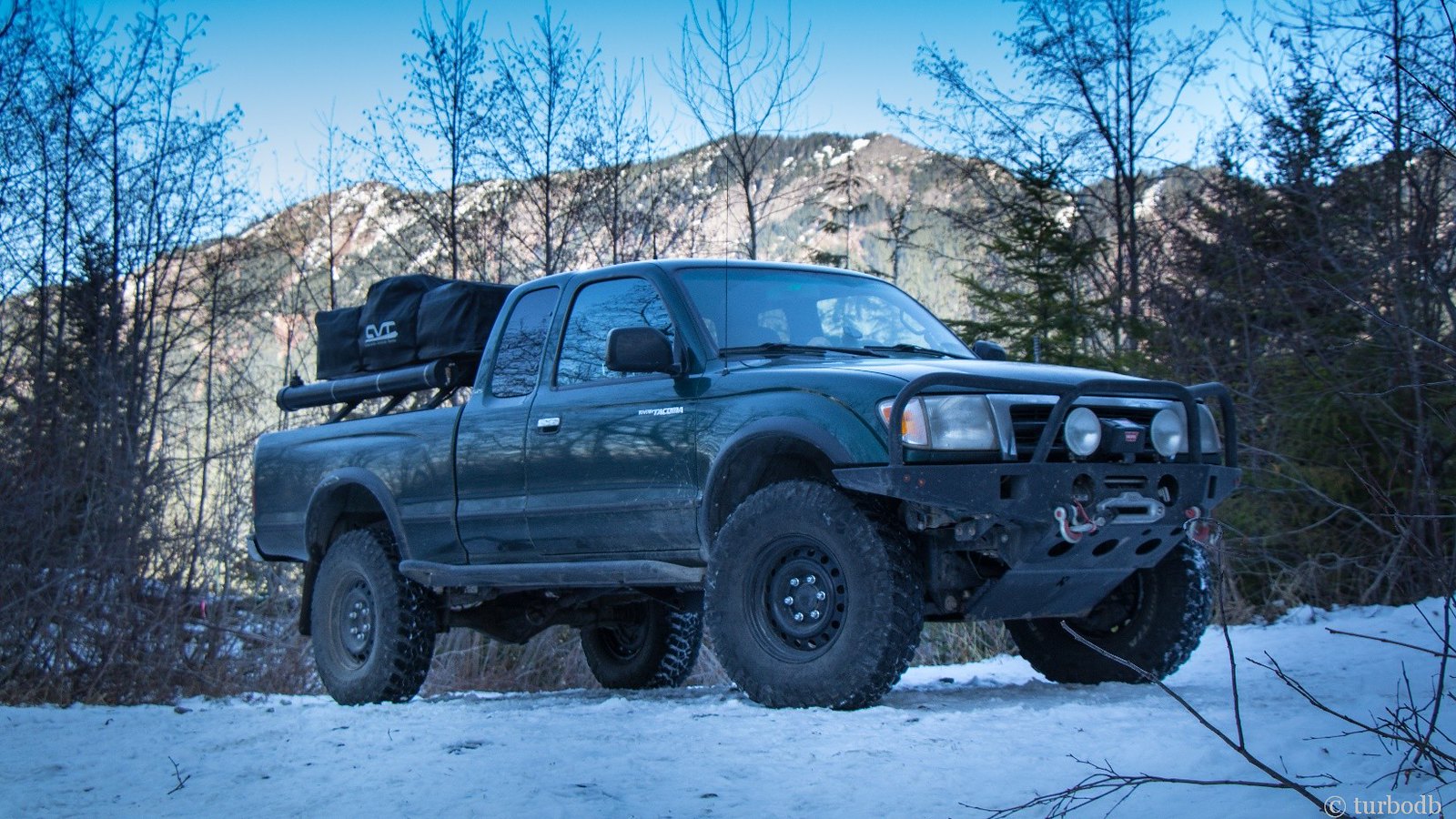 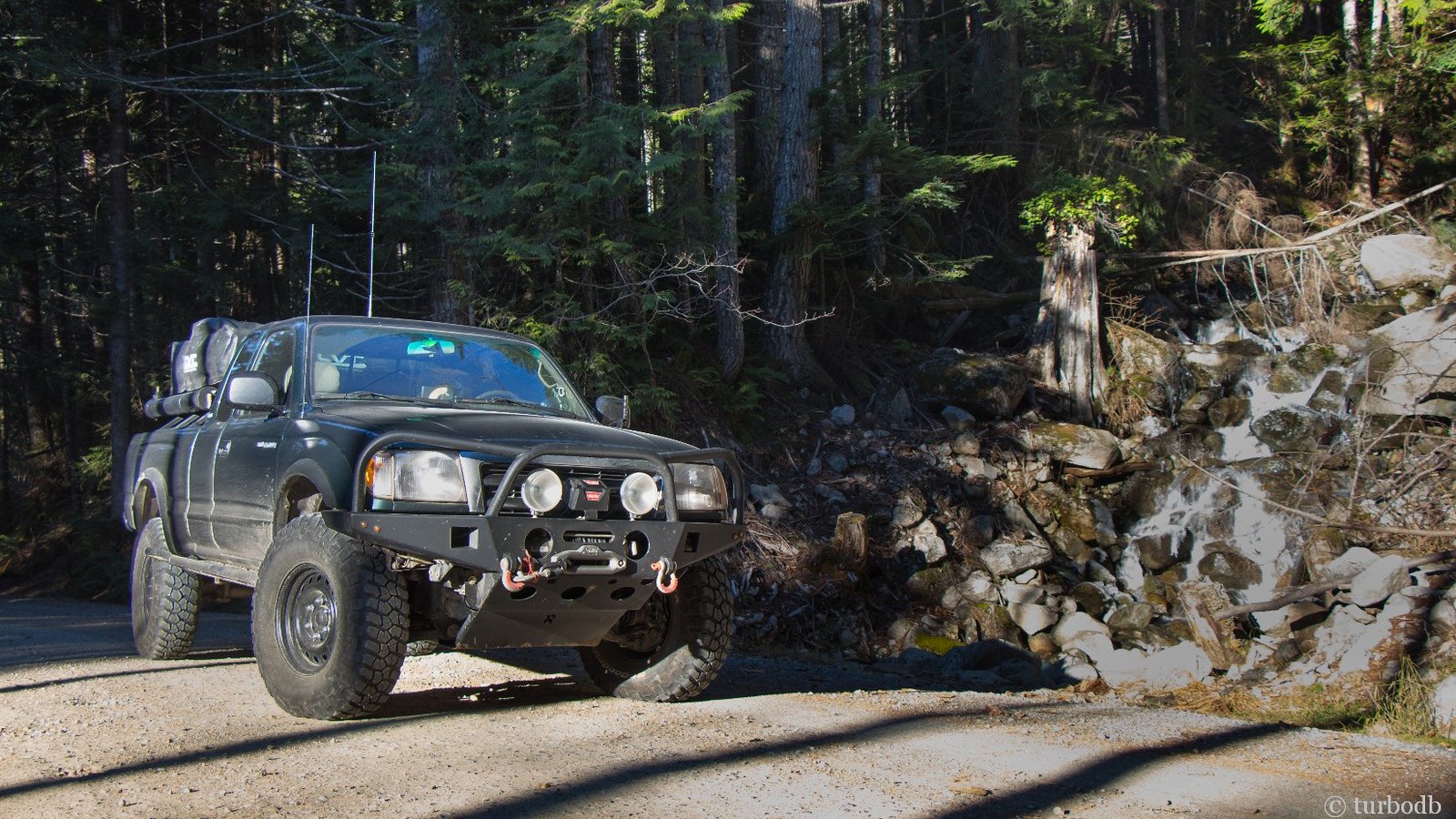 I also got to test a bit of the rear flex a bit - still trying better understand if I've got an issue with wheel positioning in the rear wheel wells. I was able to get one rear up off the ground and the other was still relatively OK - definitely set back in the wheel well, but not contacting anything. Anyway, just another data point. 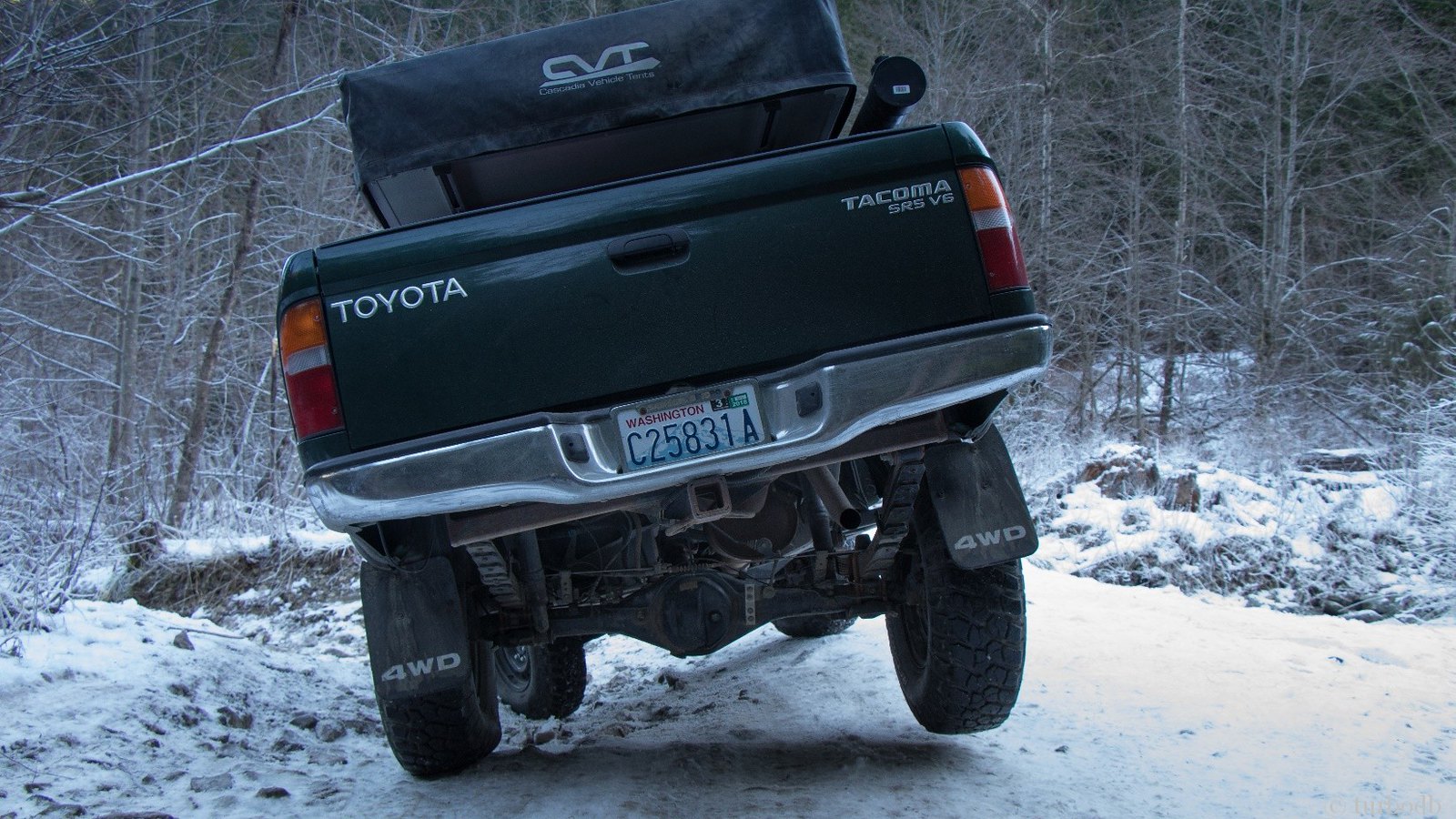 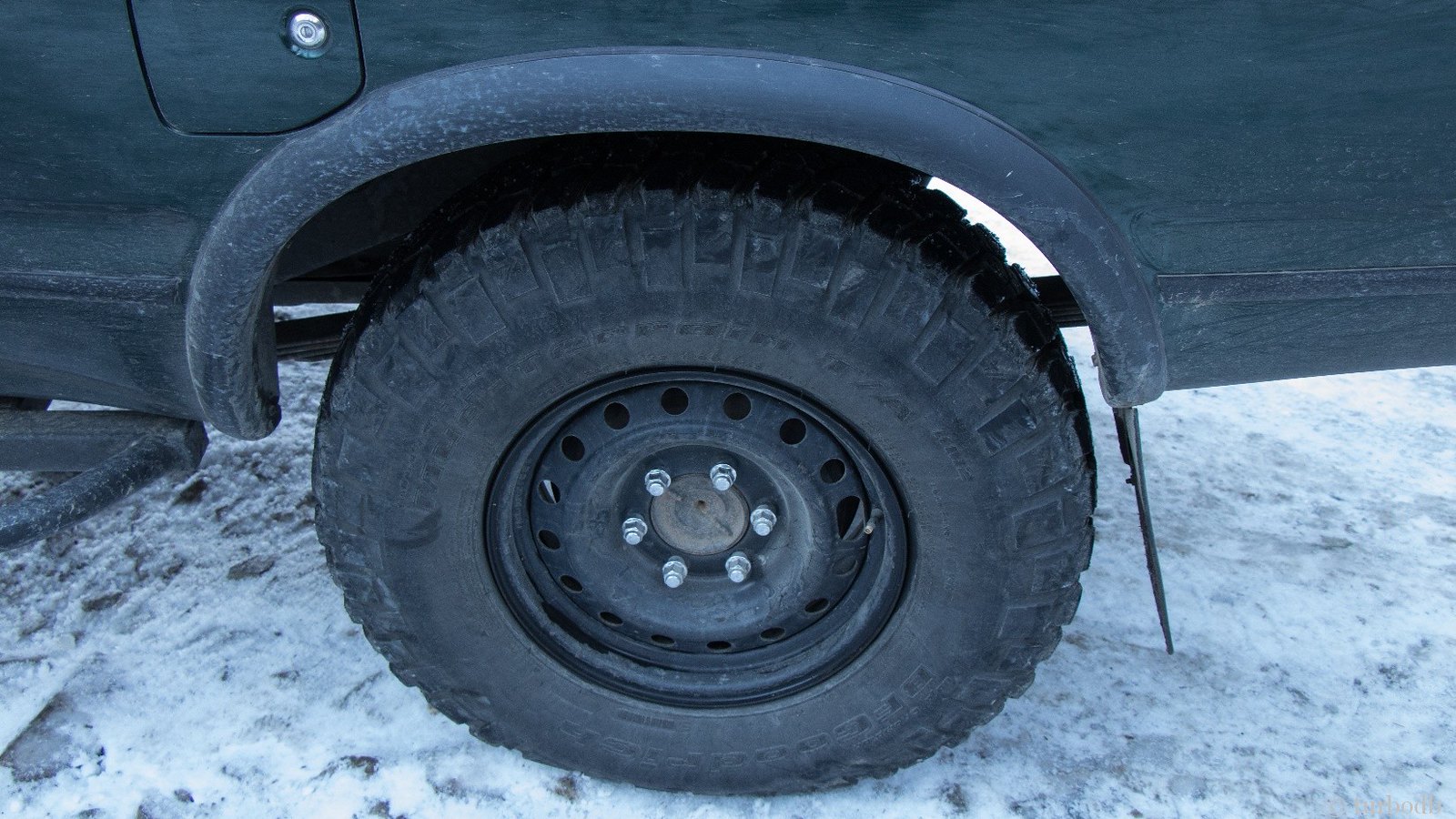 When it was all said and done, I got my 500 miles and am ready for the first oil change. That'll be interesting, but will have to wait a week given other holiday plans that involve sunny weather!

So how are the new gears? They are so amazingly awesome that it's almost impossible to describe. It's like having my old, stock truck back - the one with no extra weight and stock tires - except that I've still got a bunch of extra weight and big tires! Starting from a stop is now "normal" again. First gear (even in 2WD/4H) is once again slow. And on the freeway, not only can I maintain speed on hills but I can even accelerate in 5th gear!

As if all that isn't enough, my gas mileage is much improved - right back into my "pre-big-tires" range. The last two tanks have averaged a bit over 19mpg - only two data points, but very promising, especially given there was both around-town and some light 4WD involved.

So remember that chart that started all of this? Well switching out the gears from 4.10's to 4.88's was totally worth it. Driving is again super fun. You could even say that it's the double-rainbow-all-the-way mod for our trucks.

The CVT Tent and ARB fridge are the only other mods that have been anywhere close, but I'll experience the gears every time I drive - putting this mod at the very top of my list. 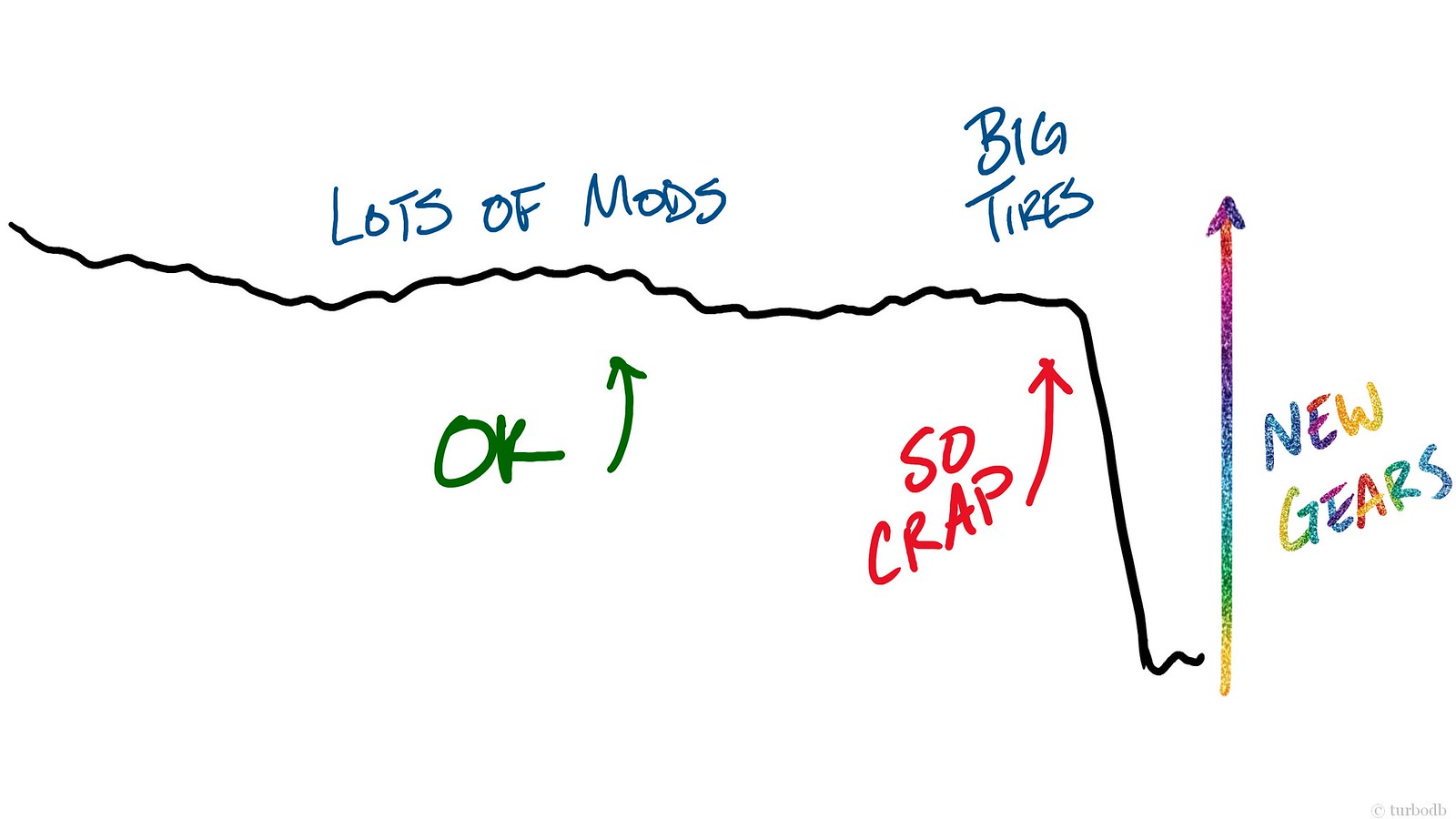