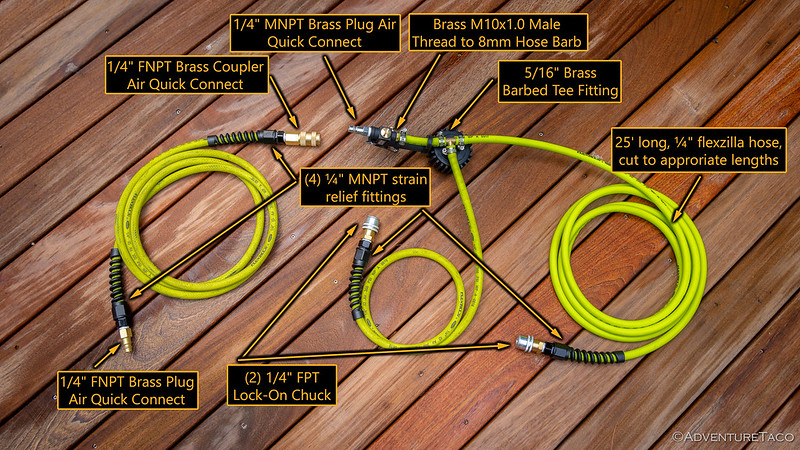 Two of my favorite camping conveniences just got better.

Ever since I modified my tire inflator to extend the hose on it - enabling me to inflate tires standing up rather than crouching down - I've been very happy. 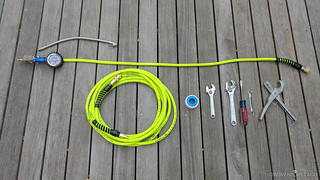 Old guys don't want to strain their knees when out camping.

Similarly, I've been happy with the LED light strip I added to the CVT Mt. Shasta RTT. While I didn't write up the mod in any serious way - it just seemed too obvious at the time - it's been really nice to move around in the tent and get ready for bed with more than just a headlamp. Plus, it makes for some fun photography! 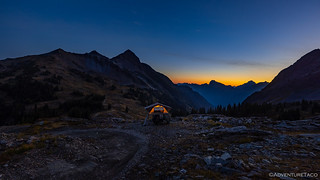 A warm glow out of the tent is a great beacon when roaming around at night.

The tire inflator has worked flawlessly since I modified it, but one of the things I realized relatively early on was that the biggest pain with inflating tires is the finessing of the target pressure and moving the inflator from one tire to the next. With four tires, I was doing this four times, approximately 3-5 minutes apart. That timeframe meant that doing other things - be it adding fuel, making a sandwich, or simply talking to buddies - was nearly out of the question.

And so, when my air-up kit was stolen out of the garage, I decided it was time to replace the Old-Guy Inflator Mod with the Old-Lazy-Guy Inflator. It'd follow the same concept, but would air up two tires at once, rather than just one. Obviously, it could be modified further to air up all four tires, and there are products out there that already do that - but I don't want the bulk of carrying one of those kits around. My version continues to fit in a Dewalt case with several other bits of recovery and trail-clearing gear, taking up no more space that my single-tire kit. 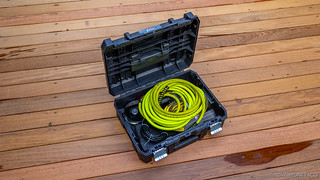 Keeping everything compact was important to me.

Since all my air-up stuff was stolen, I got started by purchasing all new components. It seems like a long list, but it's really not that bad; it looks long because I've included options for folks hoping to do copy the solution with different setups:

With all the parts in hand, assembly is straight forward. I make the setup in two parts - first, a simple, straight, hose that connects to my compressor, and then the inflator that branches off to two tires at the same time. This allows simple storage, and allows me to give the inflator to a buddy, and they can hook it up to the hose coming off their compressor as well. 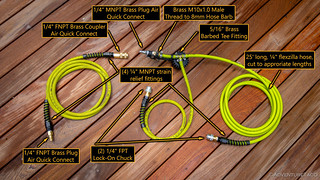 A diagram of the entire thing, assembled.

There's a little more to the Inflator, but it's all pretty easy. Refer to the photo above and you can probably ignore the instructions!

I never really thought I needed lights in the tent before I installed them, but I have to admit that putting some leftover LED strip lights along the top ridge has been great. They are 12V LEDs, so all I had to do was run a small wire down to my bed rack where I have a 12V power box installed. Each outlet there is switched, so since installing the lights, I've just switched them from the box. 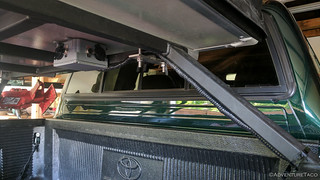 The 12V power box made connection and switching easy.

Of course, you've probably already spotted the issue. Turning the lights on - when I'm setting up the tent or when it gets dark - is no problem. In fact, it couldn't be easier to just flip the switch. But when I'm ready to turn the lights out, things are a little trickier. I've got to unzip the door, reach my arm down and around the bottom of the tent, and blindly find the switch. 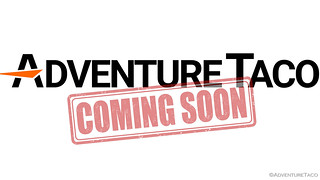 Nightly contortions. (Photo missing, because I haven't taken it yet.)

It'd be much easier to have a switch in the tent where I could turn everything off more easily.

To make that a reality, I recently found these really small switches. They only support 1A of current, but that's plenty for my LEDs, so I set about cutting the positive wire of the LED circuit - where the wire snakes its way up one of the support poles to the ridge - to solder in one of the switches (and a bit of heat shrink to keep everything isolated). 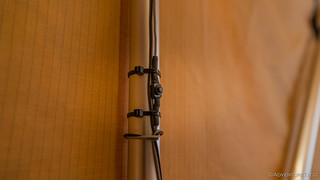 A couple zip ties hold everything in place. 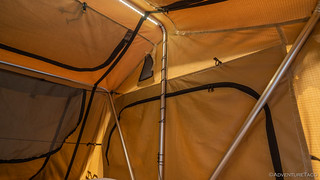 Conveniently located on the center pole.

Now, when I go to bed, I can just press my magic little button in the tent and poof, darkness. And, when I put everything away in the morning, I'll just turn the interior switch on as I close up the tent, so I can continue to use the exterior switch when I deploy camp in the evening!

Now that is camping convenience. For an old guy.