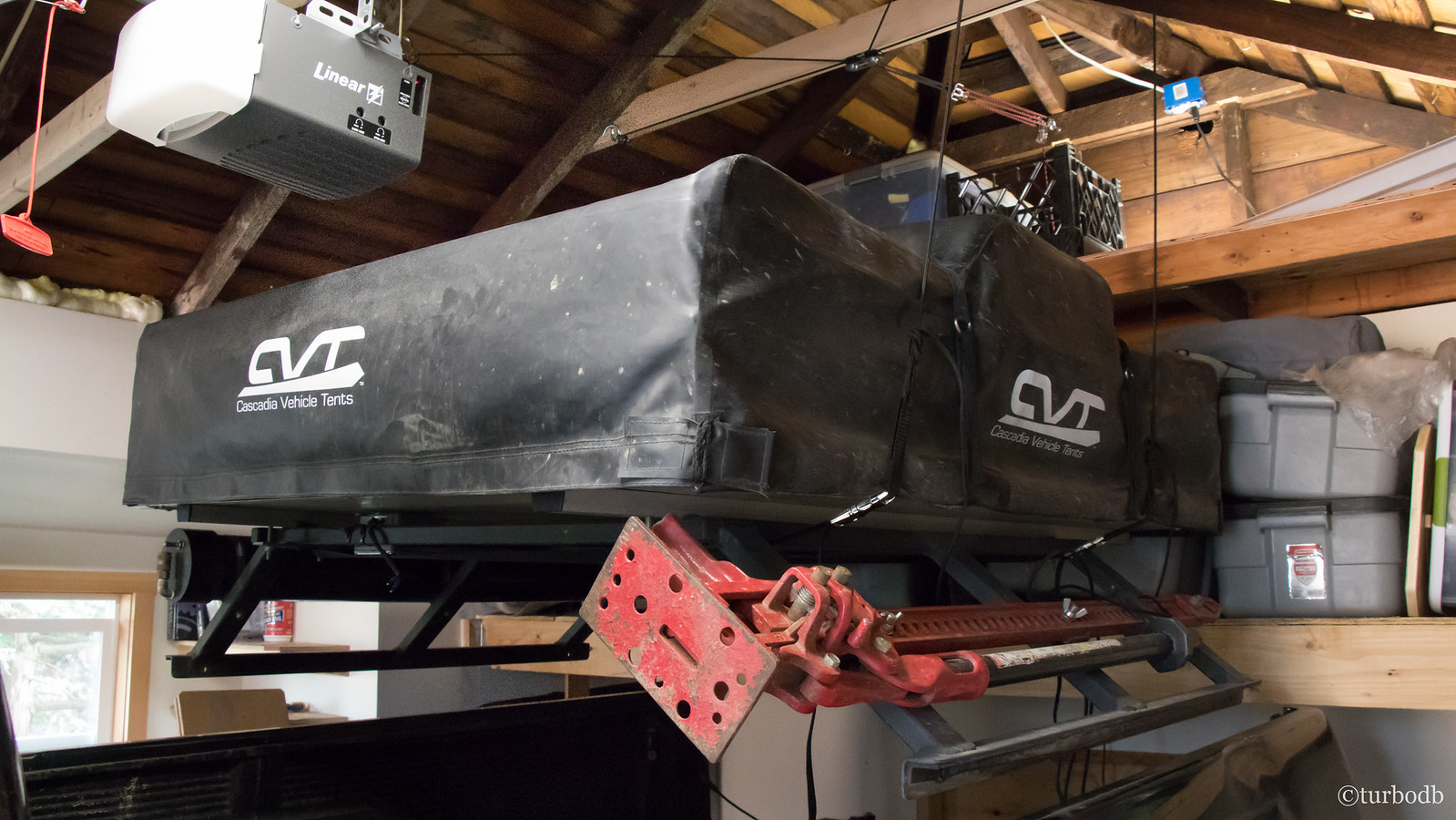 Ever since installing the bed rack and CVT the truck has been in "adventure mode." I don't mind that so much when I'm just driving around (though - it'd be nice to not haul around the extra weight all the time), but it does make me nervous to park it unattended/unsecured overnight. As such, I've been trying to come up with a plan to remove the rack and RTT (ideally at the same time), and store them. 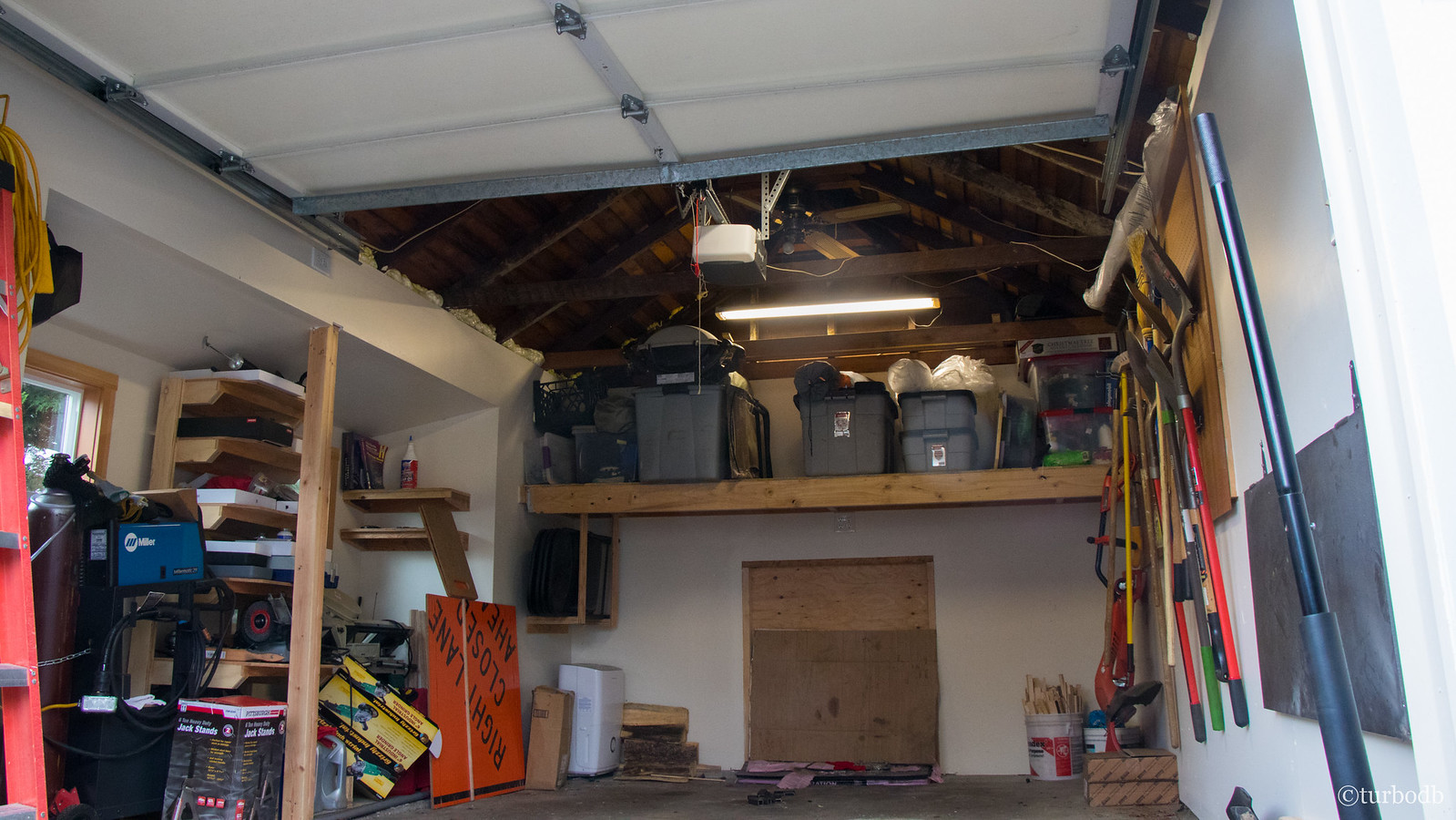 At any rate, I knew the solution was going to involve either a winch or pullies (or both) and ultimately I considered three options:

I was sure that option 1 would be the way to go from a cost perspective - but then I had a tough time finding pullies that were strong (and small) for a price that would make it competitive with option 3. I ruled out option 2 because I figured it was additive with either of the other two options.

As is always the case, the project started with a bit of demo to make room in the rafters - I removed a cross-brace that was blocking the area where I'd raise the tent and added another brace just out of the way. I also removed a ceiling fan that a previous owner had installed.

Strange, given that it's generally cold here. 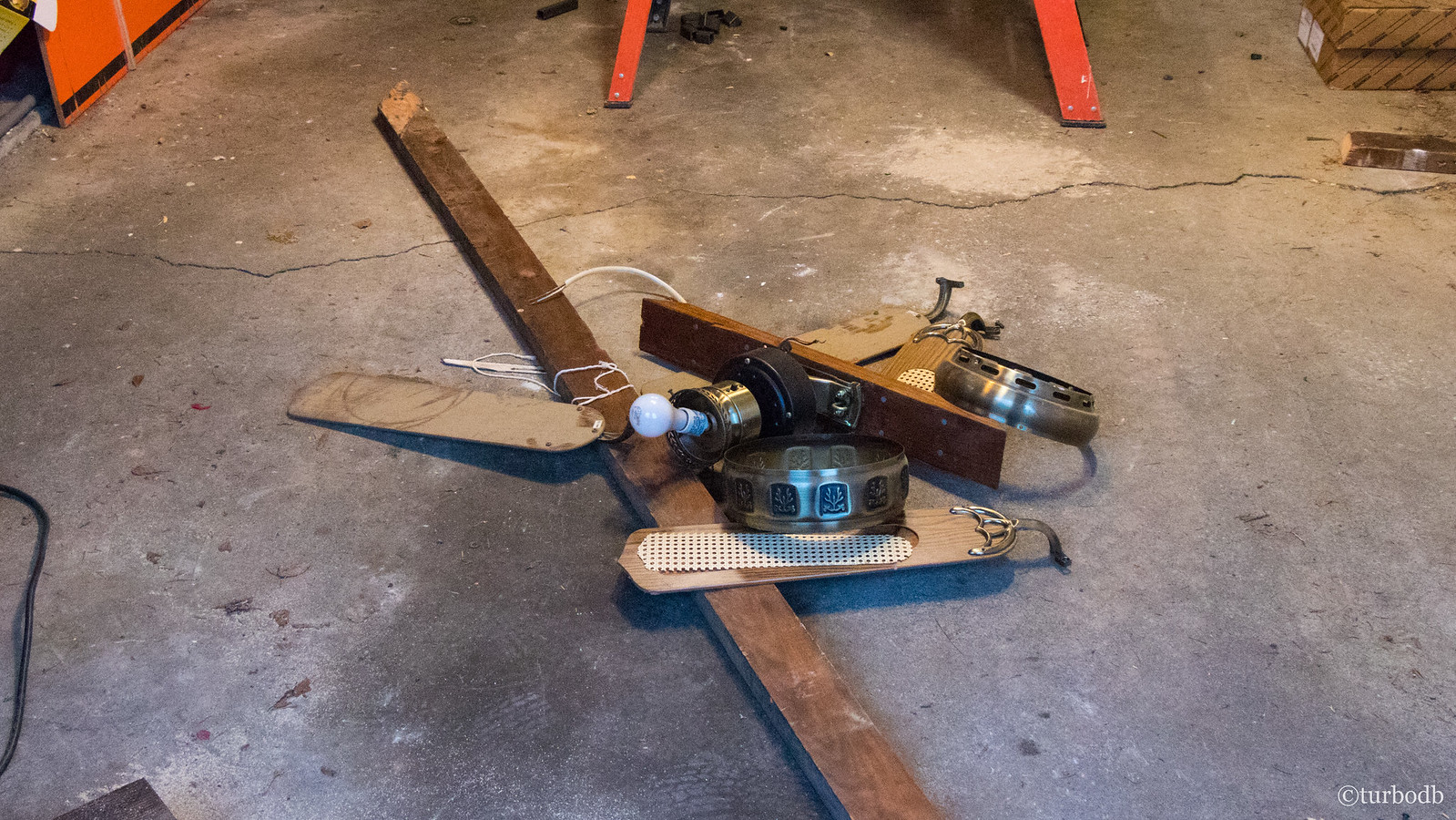 Demo done, it was time to take a look at the hoist system. Straight forward enough, there were 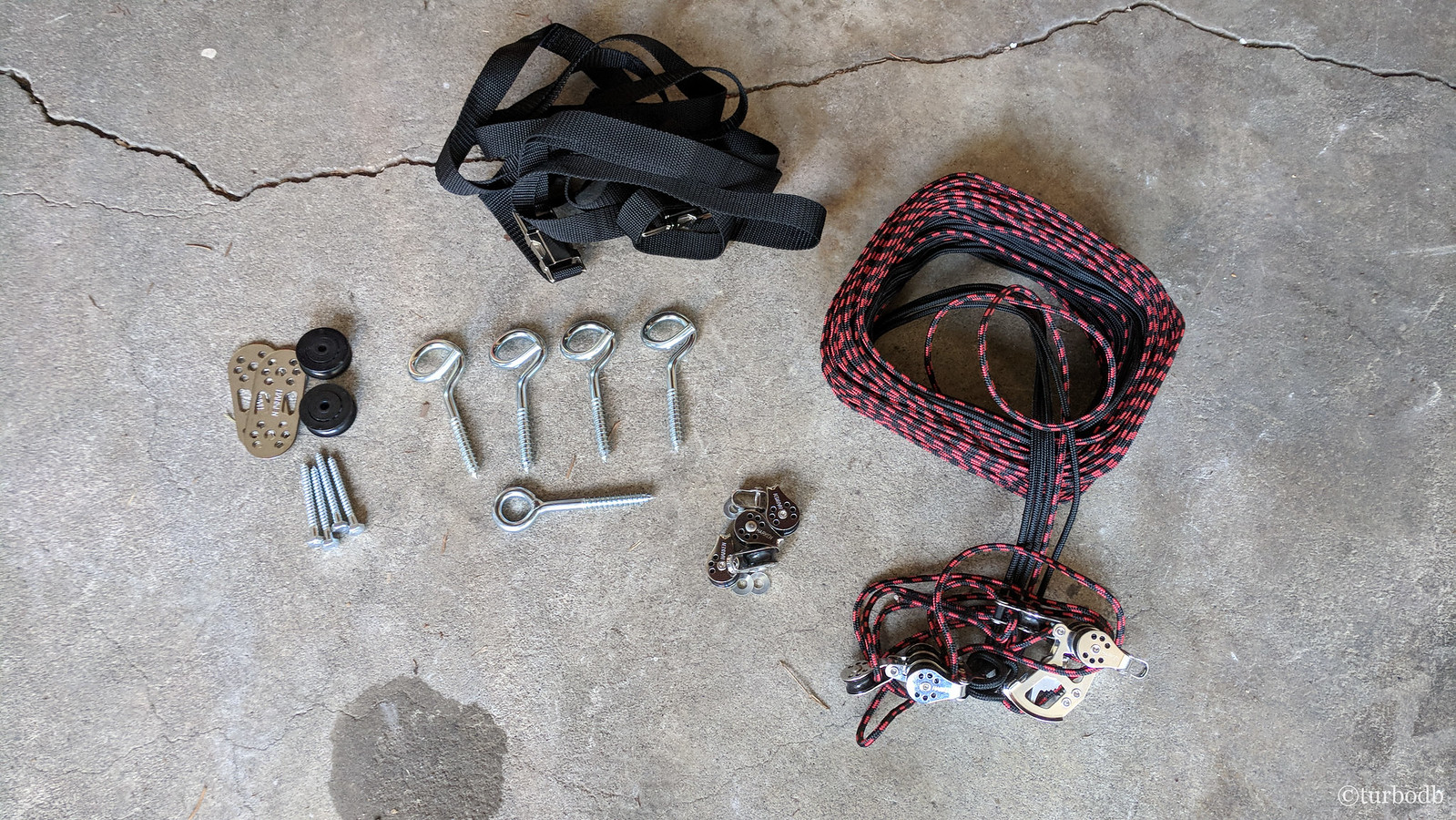 Installation was similarly straight forward. Because the rafters in the garage ran perpendicular to the truck, I was able to screw in the eye bolts directly, rather than using mounting boards. However, given the roof pitch, I did need to install a crossmember that the "rope organizer" was bolted to. 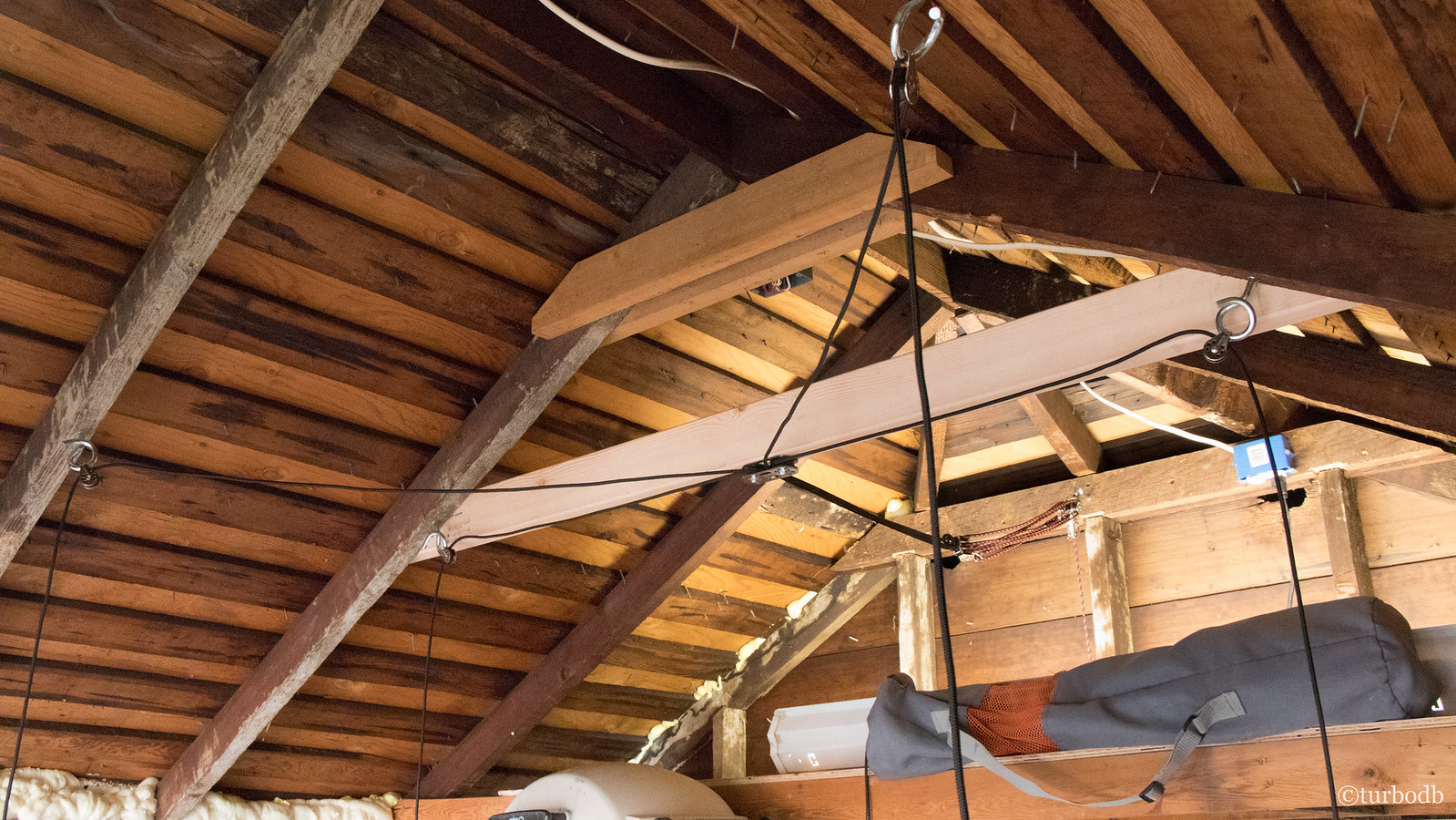 And then, it was time to give it a try. I backed in the truck and aligned the rack under the hoist. I attached the straps and gave the hoist rope a tug. And then another tug.

And then I remembered that I needed to unbolt the rack from the bed. LOL.

Rack unbolted, a few more tugs (there's a lot of mechanical advantage), and the rack + tent rose off the bed rails and into the air! A few more and it was "up in the rafters." 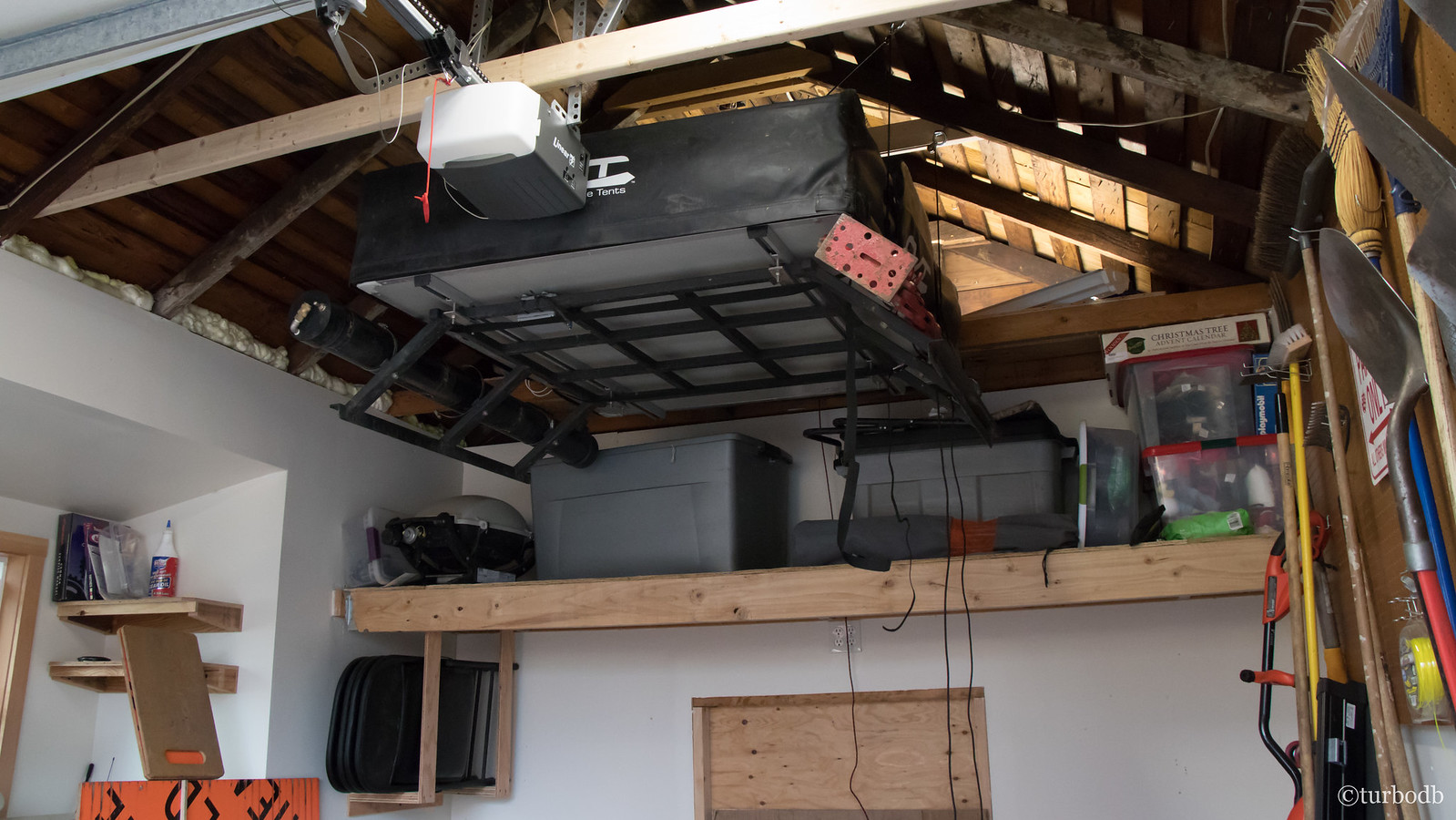 And now, for the first time in a long time, the truck looks like a pickup. And in pickup mode, the rearview mirror is amazing! You can actually see things behind the truck . And, while the truck probably won't be in this mode all that often, it's nice to know that if I need full bed access to haul something taller than the rack, it's now an option. 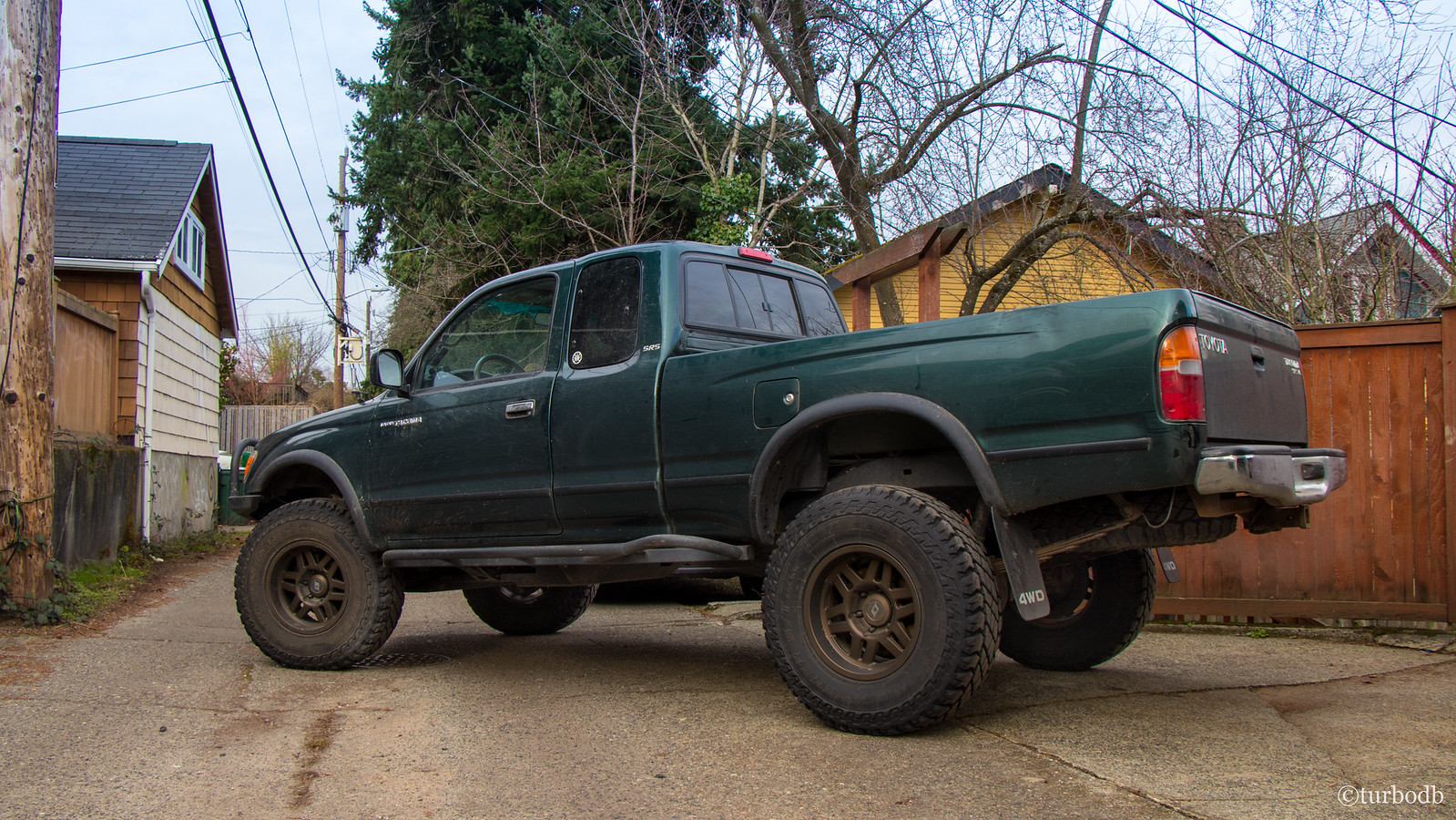