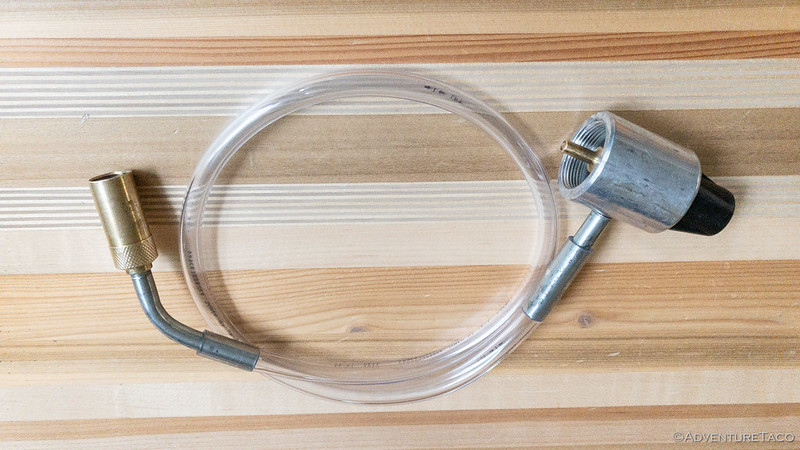 For a couple years now, I've been using a Coleman Camp Grill/Stove. While the stove isn't perfect, I don't consider its drawbacks to be that big a deal, and as far as camp stoves go, I think its one of the better values out there.

In fact - both of my (only) complaints about it are related to its fuel system: first, the burners aren't adjustable enough - they tend to be fully on, or off. This is annoying, but not really that big a deal for what I do on the trail, primarily boiling water or reheating food I've previously prepared. The second issue however, has been bothersome. The propane connection - on this particular model - is on the back right corner, and the propane neck situates the propane bottle diagonally behind the stove. 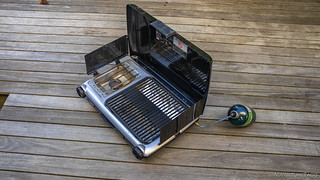 This positioning of the propane bottle means that the entire setup needs a bunch more room. It can't easily sit on a bench or narrow table like most stoves - which generally situate the bottle next to the grill, by having the connection in the front right corner.

But, I recently discovered and ingenious solution. And by discovered, I mean that @Dirty Pool over on TacomaWorld suggested it to me after I complained a bit (not to him, just in general).

The solution is to cut the neck (replacement part 5430) on the propane regulator using a small tubing cutter, and then clean up the ends with a reamer. Once that's done, you can use a length of ¼-inch inside diameter vinyl tubing to extend the regulator line by any length you'd like - in my case, 2 feet. I used a hair drier to heat the tubing enough to slip it over the ends of the steel pipe - and no need to worry about clamps on the connections here; the regulator that's connected to the propane cylinder keeps the line pressures at 5 psi. 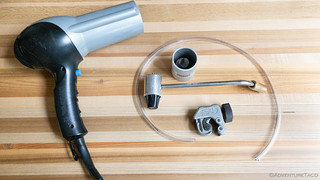 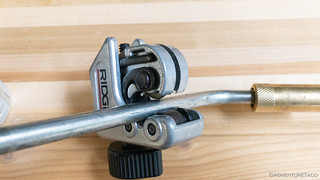 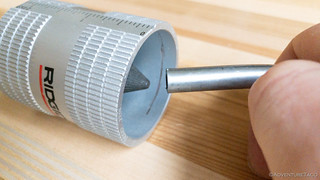 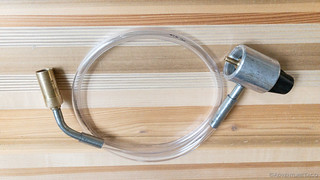 Now, for the price of $0.69/foot of vinyl tubing, the propane cylinder can sit anywhere I please. And that makes this stove even better. 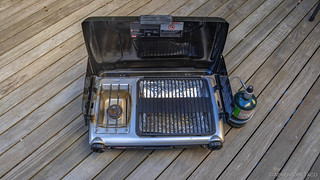 Oh, and one final thing - for all those keyboard commandos of the internet... Yes, I know that the vinyl tube I'm using isn't technically fuel-grade tubing and might harden over time. But that's the key - over time. This tube will see use maybe 100 nights/year for about 10 minutes per night. I'll get dozens of years out of it before it degrades, and if it ever does, I'm sure I'll see it coming. The cost and weight savings of going this route are totally worth it for me, but if you're one who wants to tell me to use something different - by all means, go that route yourself; the design idea is the important bit.