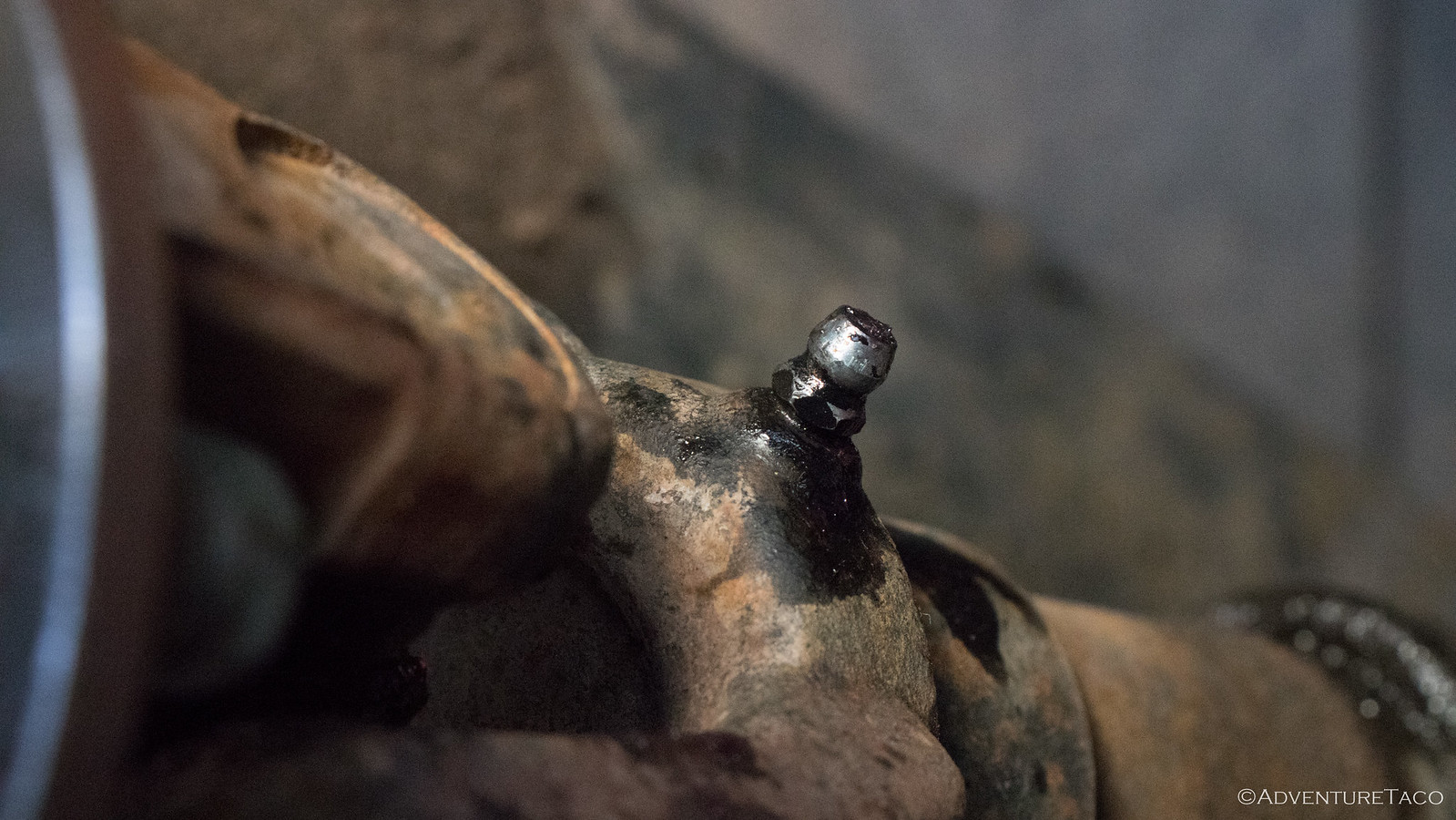 I've had a rattle for a little over four months. I first heard it (I think), when returning from The De-Tour at the beginning of October, or else maybe a week or so after that.

It sounded like a loose heat shield, or other piece of sheet metal, rattling away under the back half of the truck. But I knew it wasn't a heat shield - it only happened at speeds above about 15-20mph, and changed when under load (vs. coasting) and there were certain throttle/speed/terrain combinations where I could almost get it to go away. Of course, I'd been under the truck several times to push and pull on everything I could, to see if anything was loose.

And I was sure it wasn't the drive shaft - I mean, I greased that back in September - the first time I'd done it in 18 years. There's no way it could need a greasing again, so soon.

And the drive shaft itself seemed to be in good condition - the u-joints were tight, the play in the carrier bearing seemed normal, it wasn't dented from hitting a rock, and none of the balancing weights had fallen off.

As luck would have it, I was going to be taking off the skid plates for a few other bits of work, and so I decided - what the heck - I'll grease the drive shaft and see if that makes a difference. So, I cleaned off all the zerks, got out the Red-N-Tacky and grease gun, and set about pumping in grease until it oozed and popped out of the various crevices around the u-joints.

And then I gave it a test drive.

The rattle was gone. Guess I'll be greasing the drive shaft more often. Apparently, unless you leave it completely alone for 20 years, it's a regular maintenance item.

Published in Tacoma Maintenance; experienced on 2018-02-21