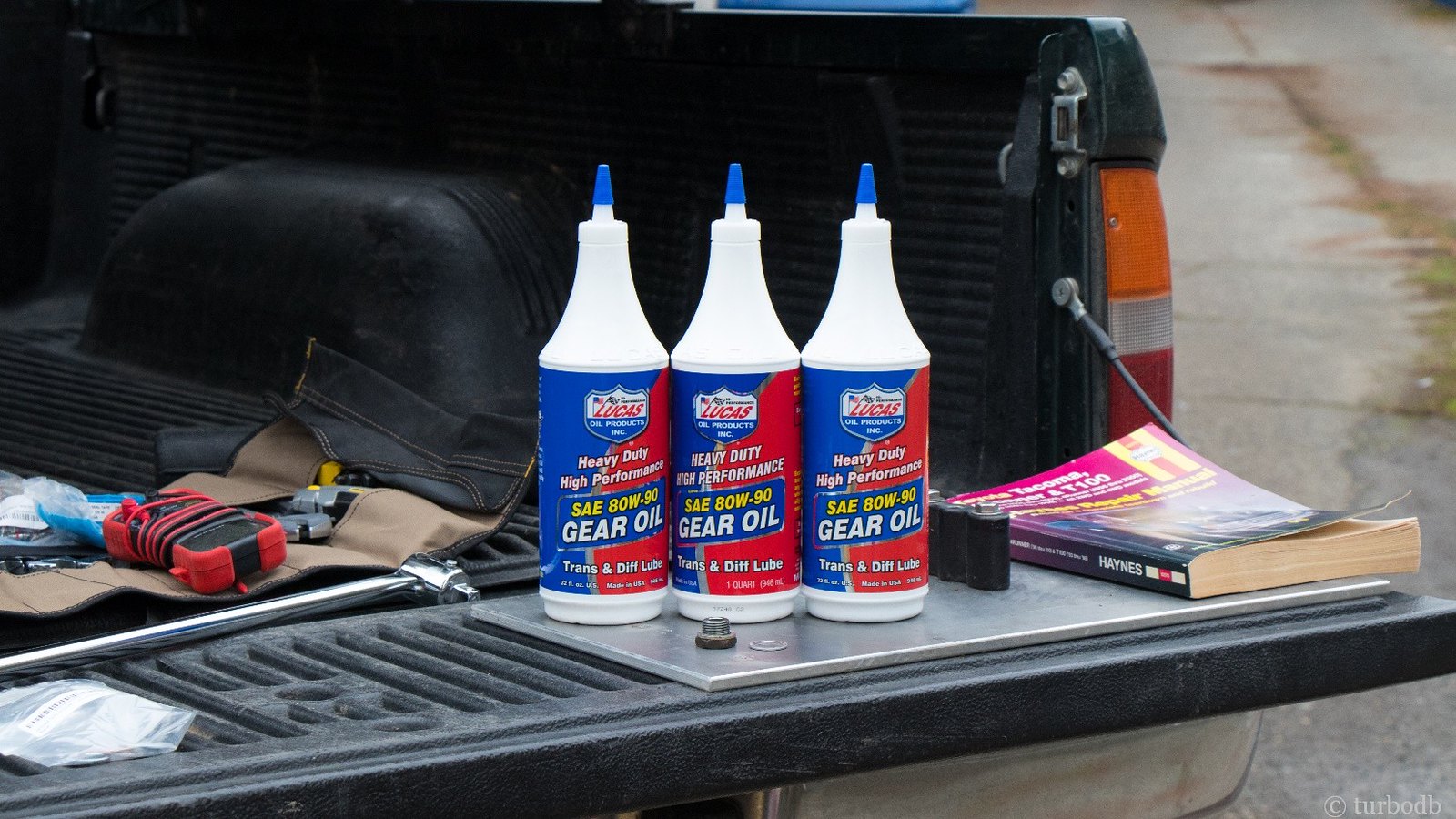 The First Rear Differential Oil Change (with the new gears)

Having travelled the requisite 500 miles to break in my new 4.88 gears (you may want to read "New Gears - 4.88's and an ARB front locker" and "the first 500 mile break-in" if you haven't already), it was high time to change the oil in the rear diff - hopefully uneventfully - to clean out any metal and other gunk that may have been present as a result of the break-in.

Toyota conveniently calls for 90W oil in the differentials, and that's hard to come by - at least for me, locally - so I decided on Lucas 80W-90, non-synthetic. I also picked up a set of gaskets/crush washers necessary to change the oil in both diffs and the transfer case, even though I'd only be using the rear diff pieces for now. 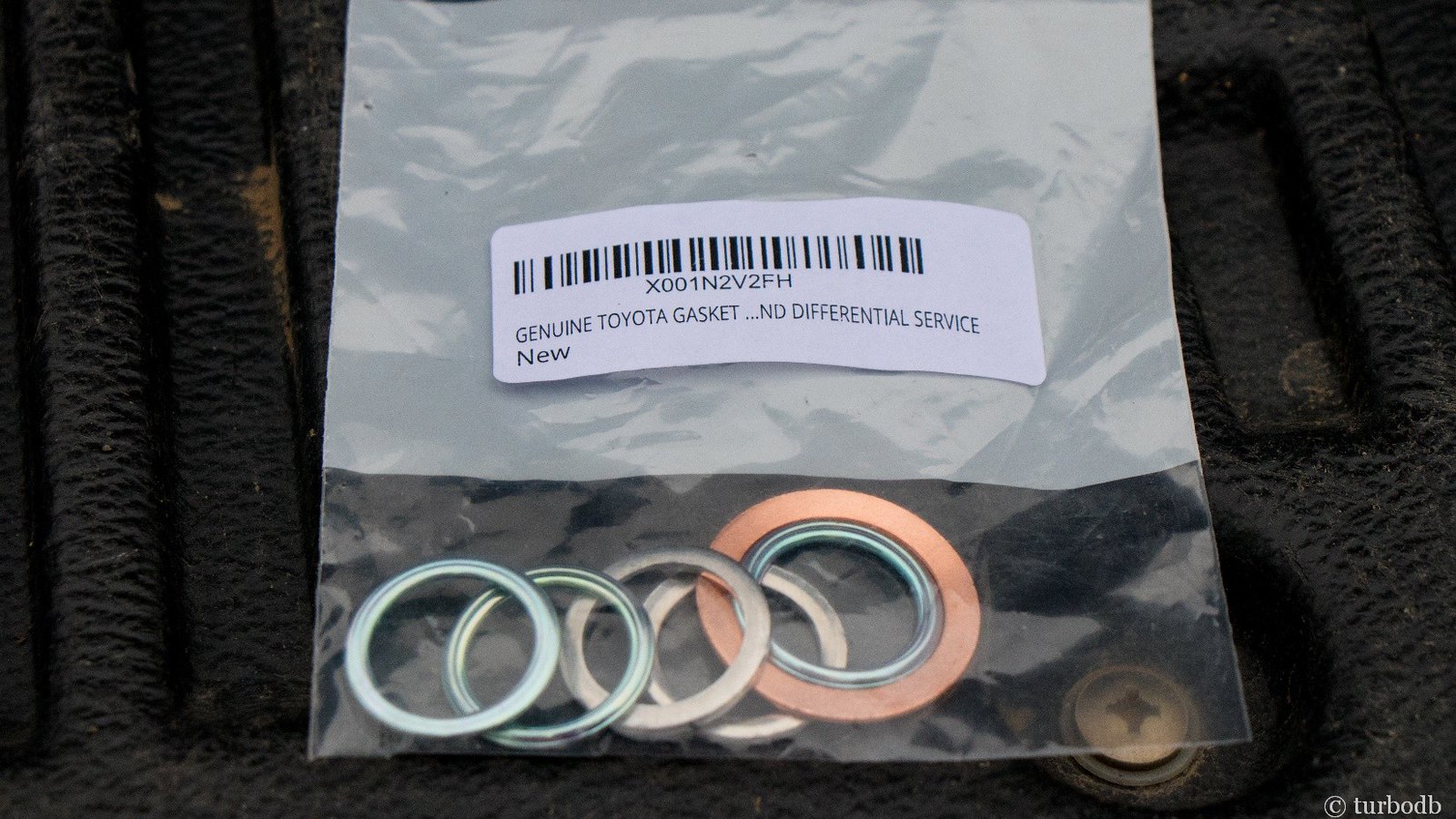 I wondered if I'd also need a pump to fill the oil, but I figured I would just pour/squeeze it in from the 1 quart bottles - it seemed like there should be plenty of room.

Parts in hand, I loosened the 24mm fill plug uneventfully. No oil came out, and nothing exploded, and the plug was relatively clean (as expected). Plus, I knew that now I'd be able to refill the differential, at the very least. 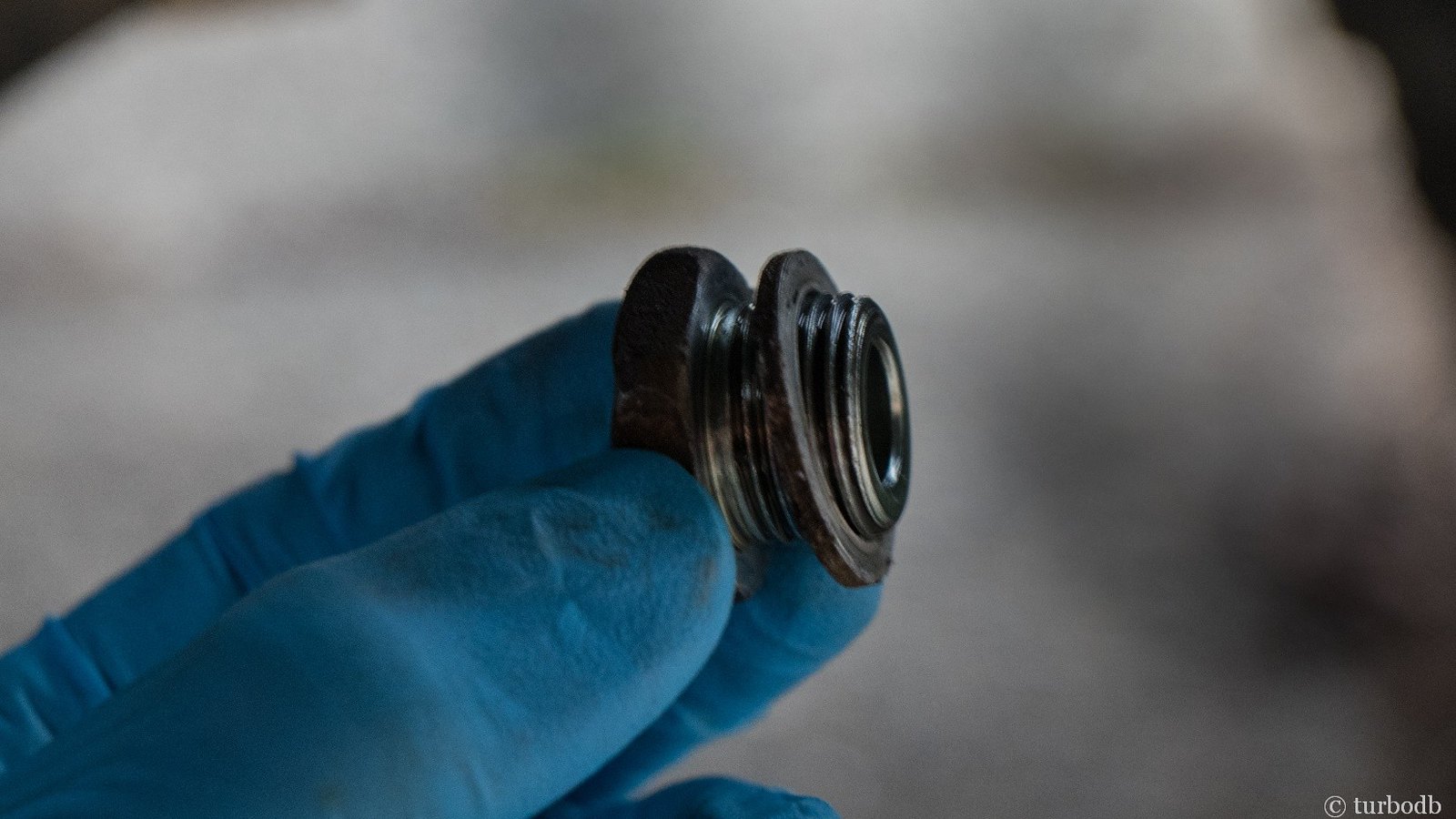 Next was the drain plug. Also 24mm, I tried to be quick so as to not get oil all over everything. It was 37°F out, so I'd driven the truck around for a few minutes to warm everything up and get it flowing. Plug removed, the oil flowed right out and into my waste container.

The drain plug was definitely dirtier than the fill (again, expected), and the magnet was covered with a bunch of sludge that I removed and spread on a piece of aluminum in order to see if there was much metal. There was nothing grainy except for a single metal flake. All-in-all, also relatively uneventful. 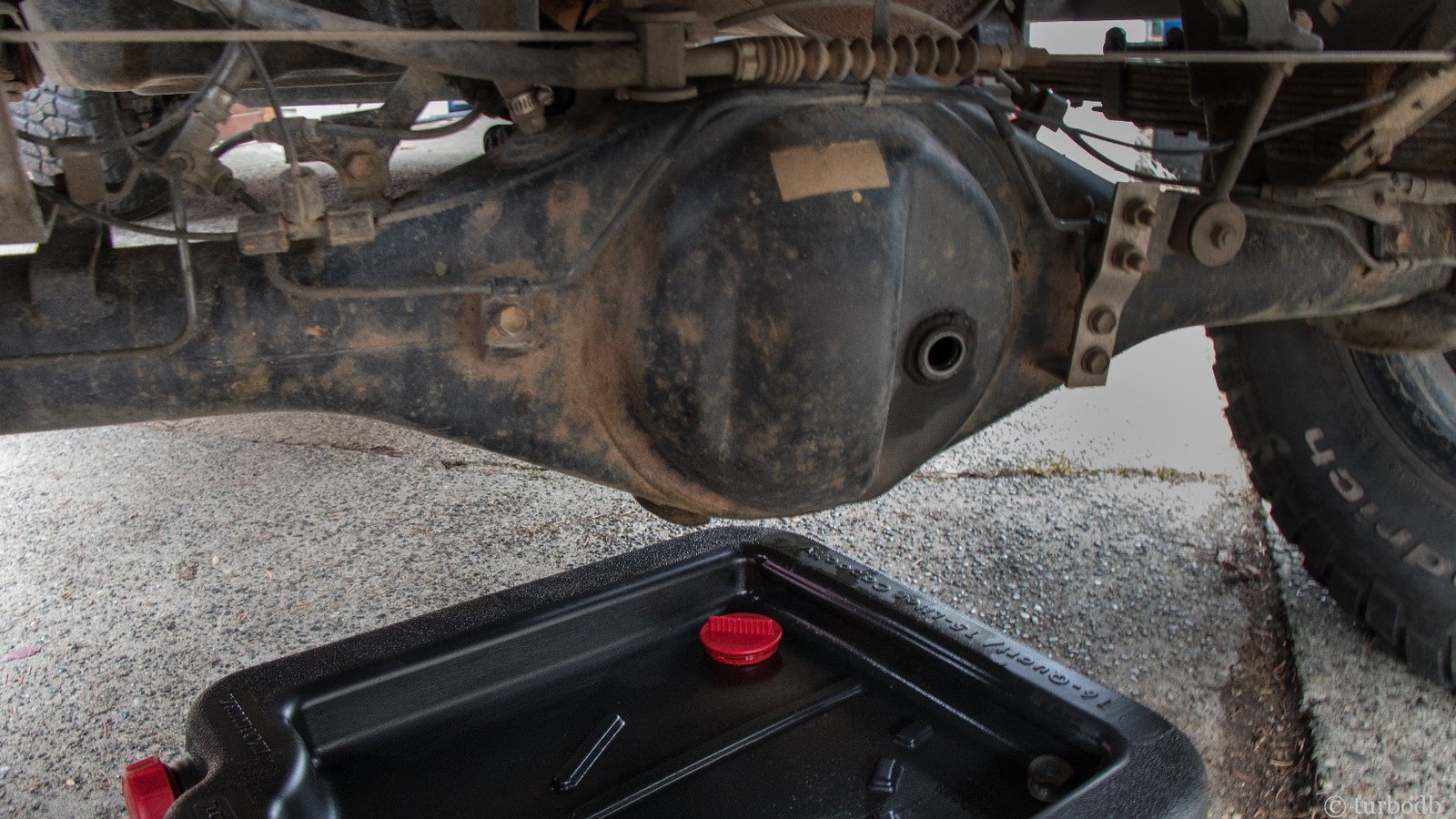 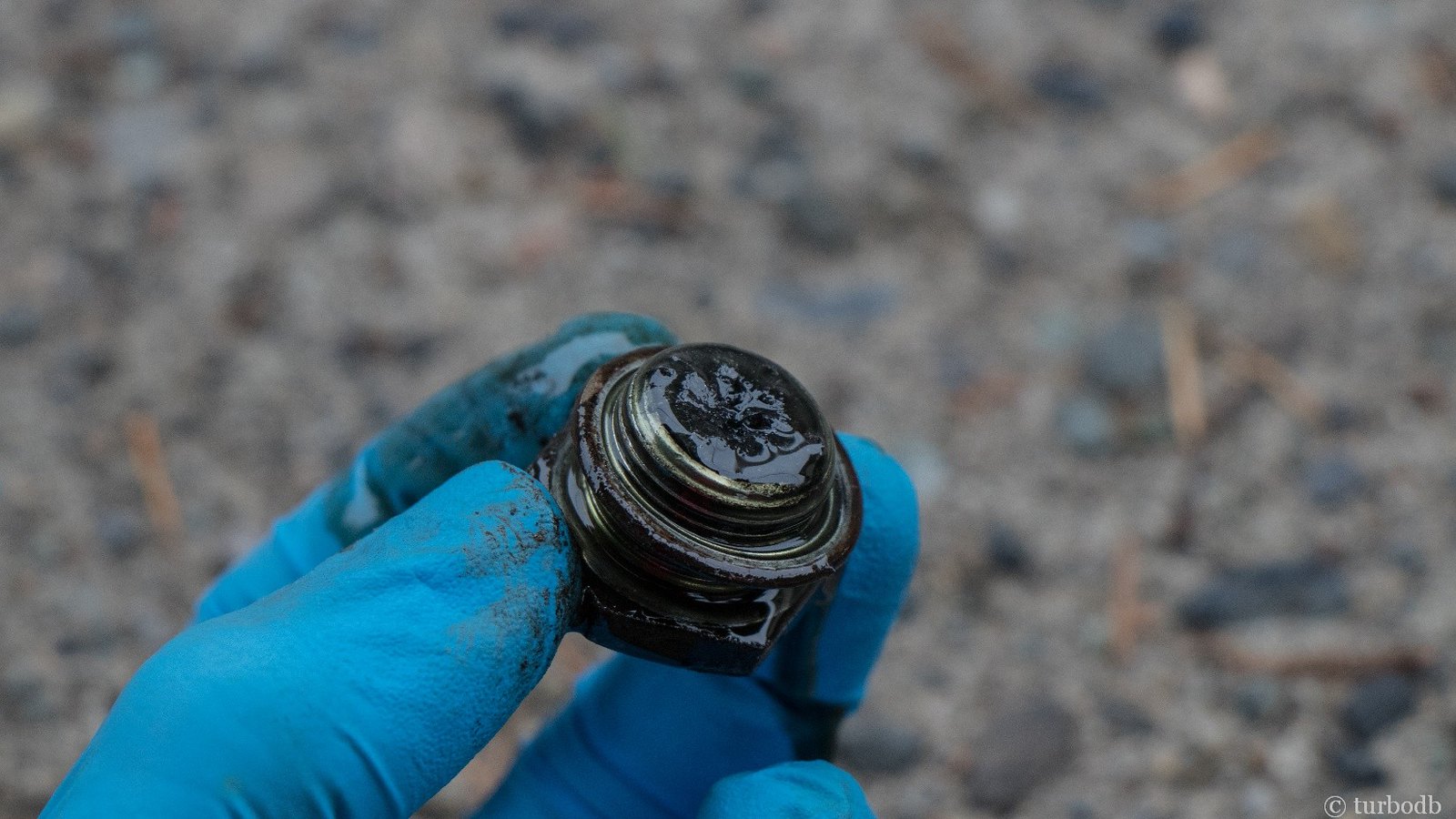 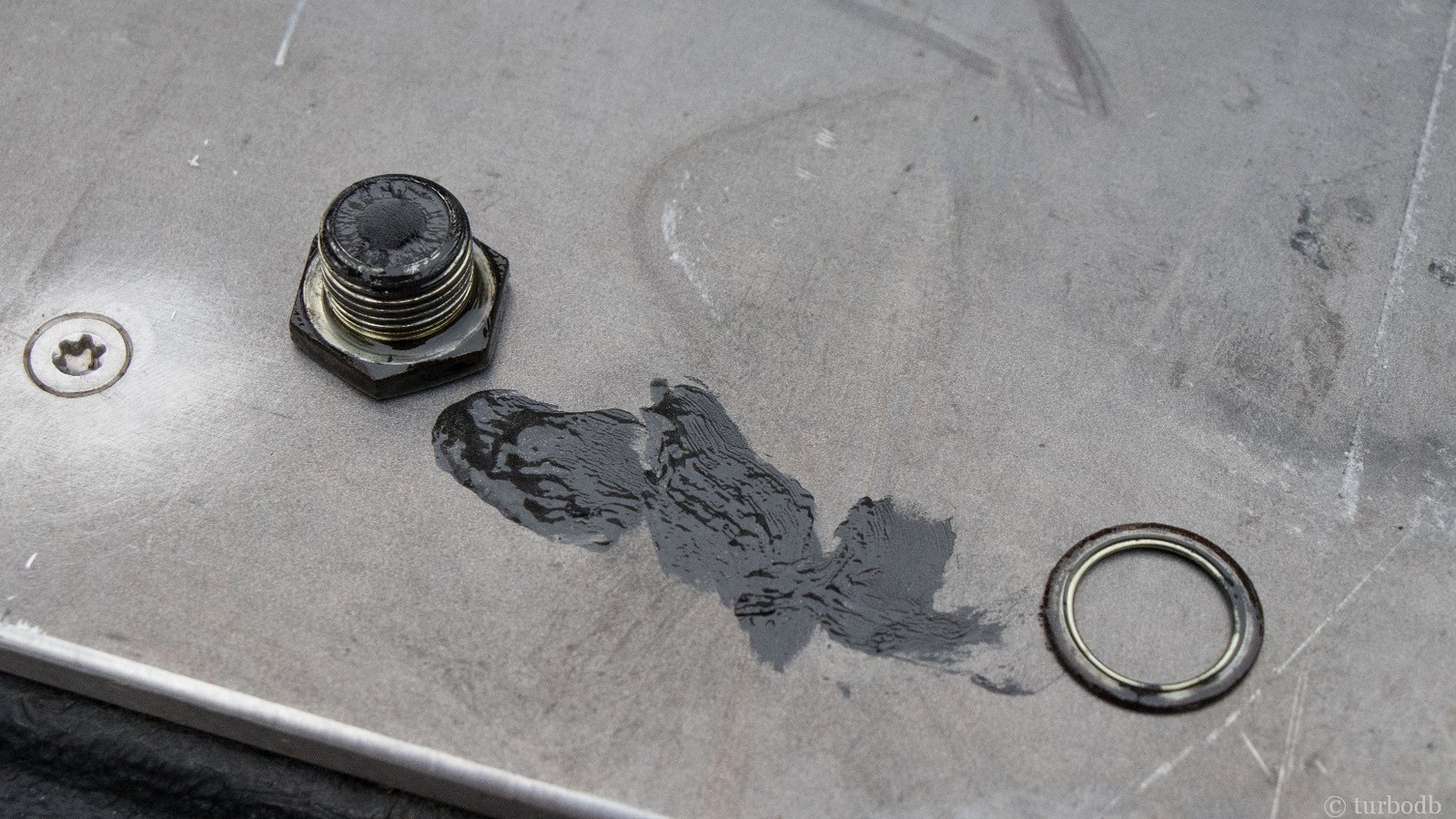 With the old oil drained, a new washer went onto the drain plug and it was reinstalled. My hope that I could just dump the gear oil in was validated, and the fill plug + washer were reinstalled.

Sense that everything's still OK in the diffs - priceless.

Published in Tacoma Maintenance; experienced on 2017-12-24