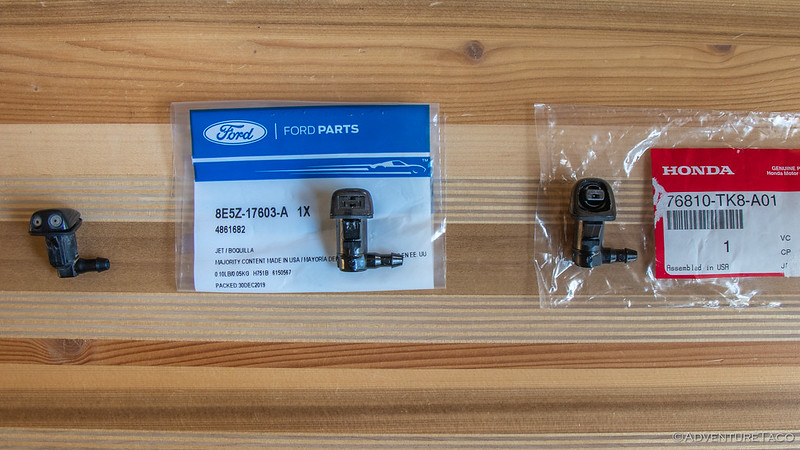 I don't know when I first noticed the terrible windshield sprayers on the Tacoma, but it was probably right around late 1999. I figured there was nothing I could do about it, and so for 20 years, I just suffered through the single-jet-stream-that-gets-spread-by-the-wipers.

So, when I saw various folks on TacomaWorld talking about Honda Odyssey replacement nozzles that would spray across the entirety of the windshield - you know, like you would expect - I was intrigued; I never realized that the nozzles were a reasonably standardized item across vehicle manufacturers.

Now, not all nozzles will work - the replacement obviously needs to fit into the hole in the hood, but it's also important to make sure that:

And, the other thing I wanted was to have a nozzle that was as low profile as possible - because, while the Tacoma nozzles don't spray well, they are nice and low profile.

After a bit of research, the biggest hurdle ended up being the 90°-to-passenger-side connection at the bottom of the nozzle; most nozzles I was able to find seem to exit towards the front of the vehicle. In the end, the only ones I could find were the Honda Odyssey (76810-TK8-A01) and Ford Fusion (8E5Z-17603-A). 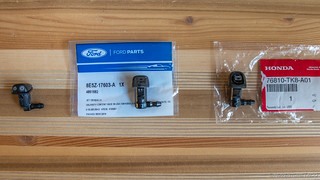 Close ups of the Ford and Honda sprayers. 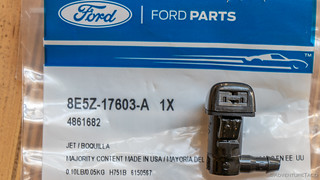 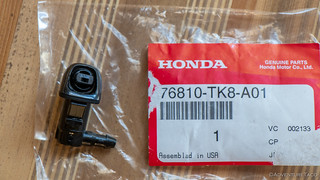 Due to the low profile, I tried the Ford nozzles first. Unfortunately, while the spray shape was good, the spray angle - which is not adjustable - was too low, spraying only about 60% of the way up the windshield, and then relying on the wipers to move the water over the rest of the surface. Surely, at speed, it would have "worked," but on slow, dusty trails... it would have been meh. 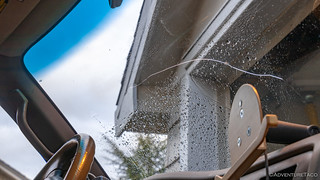 Being completely adjustable both up and down as well as left and right, I knew that the Honda nozzles would work, so I popped them in and got them adjusted. While they are a tiny bit larger, I have no doubt that only I will notice that, and only for a few days. 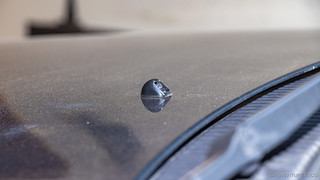 And, it's really great to have a spray pattern that actually covers the windshield! 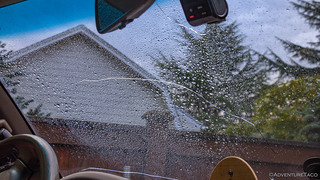