Most of the time, modifications I make to the truck are firmly in the "meh" camp for @mrs.turbodb. I mean, she appreciates the results, but she'd really be just as happy without them. And, they generally garner at least some amount of teasing about how they aren't technically necessary or how much money was spent (by which I mean, "if you give a mouse a cookie…")

But this time was different. This time, there was a sparkle in her eyes.

One of the first things I did to the truck in 1999 - six days after I brought it home - was put in some $45 seat covers from Target. Those same seat covers have been on the truck since, and they've worked really well - they matched the color of the interior, they kept the seats clean, and they fit pretty well. But of course, over time the flimsy straps broke, they bunched up here and there, and they had to be adjusted a little bit every now and then as the fabric stretched out.

They were cheap. They worked. That was good enough for me.

But, times have changed. The truck is getting more use, and when I saw the Wet Okele covers (with custom graphics) on the internets (Tacoma World), I was pretty sure that I should get some. At a couple hundred bucks as part of a group buy, they weren't cheap, but they got great reviews and an, "oh yeah, you should get some of those" from the woman.

Wet Okele's are known in the Tacoma world, I think, because they are made in Hawaii - where 30% of the vehicle fleet are Tacoma's. They are made of neoprene (wetsuit material) and are custom fit to the seat - so much so that they recommend removing the seats to install them. Not only that, but they also offer embossed graphics - either a stock one from their catalog, or - if you design your own - a completely custom graphic.

I designed my own. It's rad.

After waiting for the covers to be made (I ordered covers for the front seats only, with mocha centers and black borders, as well as sunglass holders on the sides), and shipped, I was excited to hear that they'd be arriving a couple weeks into November. Of course, I was out of town when they arrived, and busy for a couple weeks once I got back, but I managed to get them installed Thanksgiving morning!

First, it was out with the front seats - Four bolts, each and immediately, moar leg room! 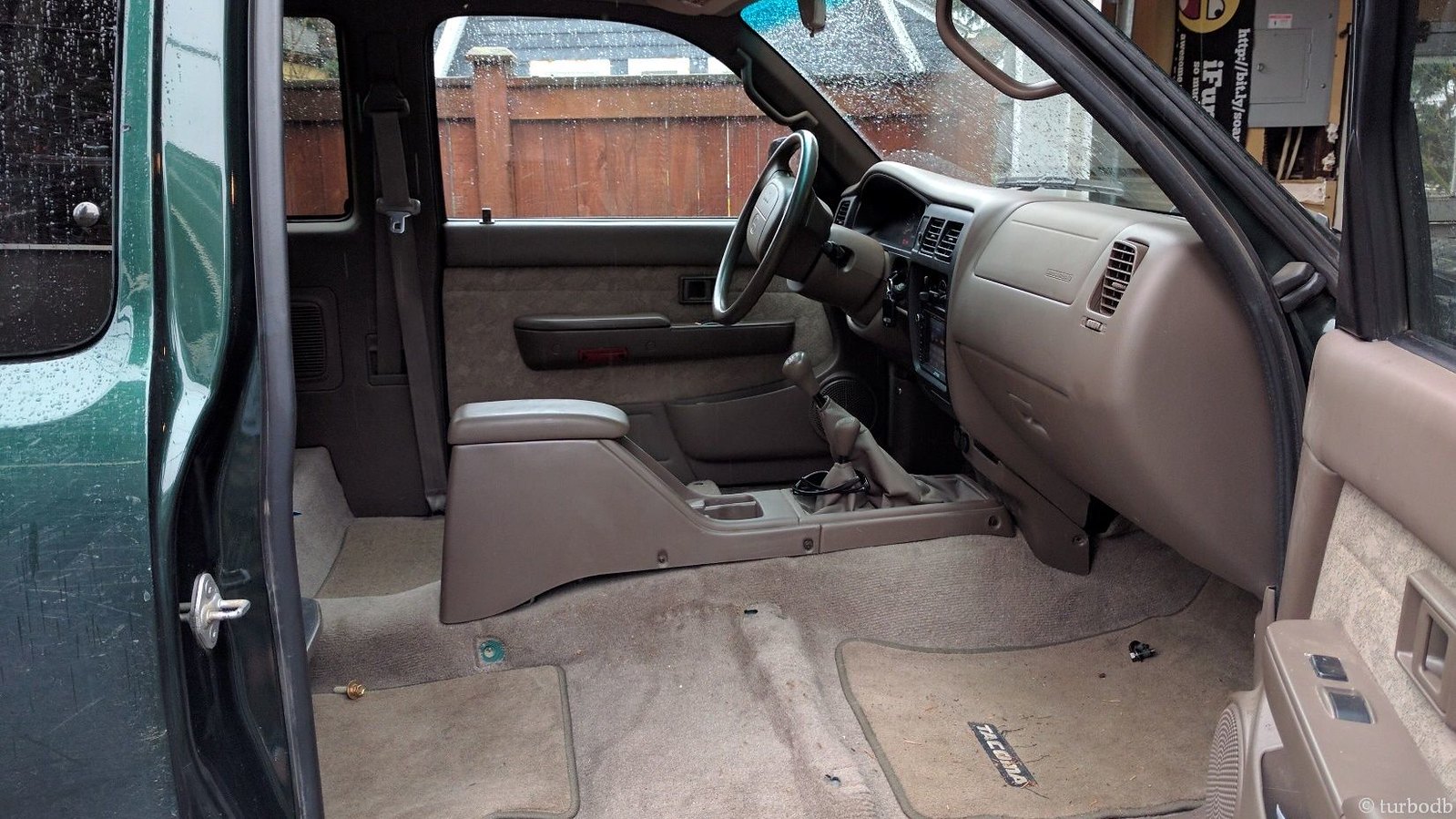 Then, on with the covers - pretty straight forward, and way easier to get tidy underneath with the seats removed. 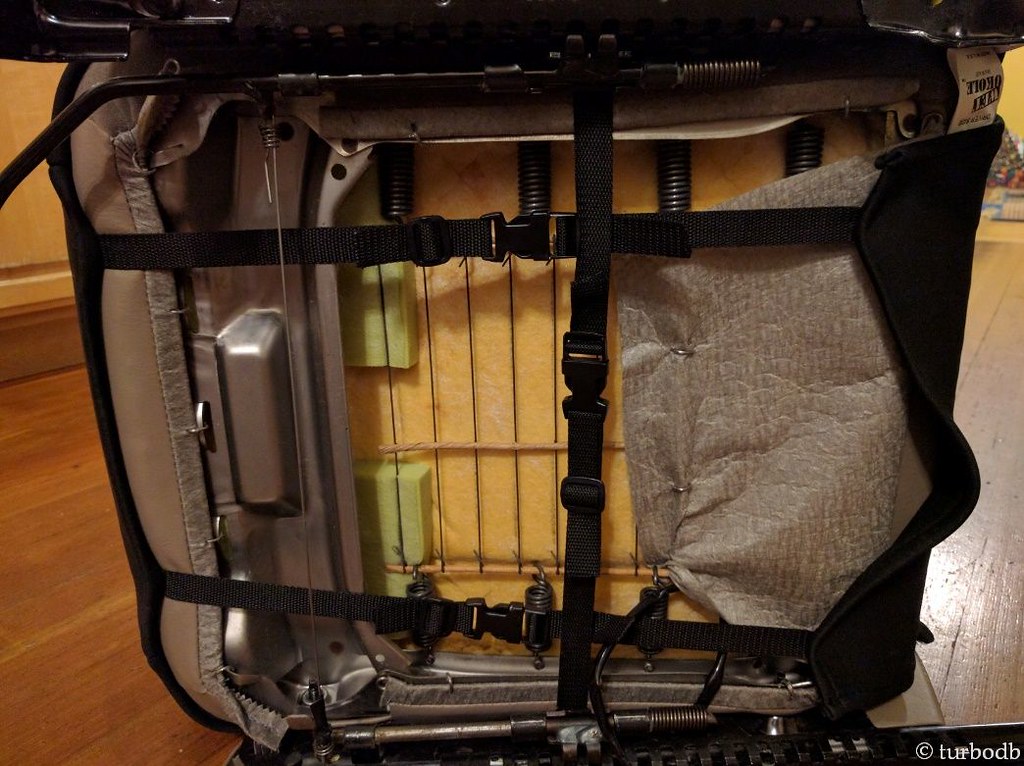 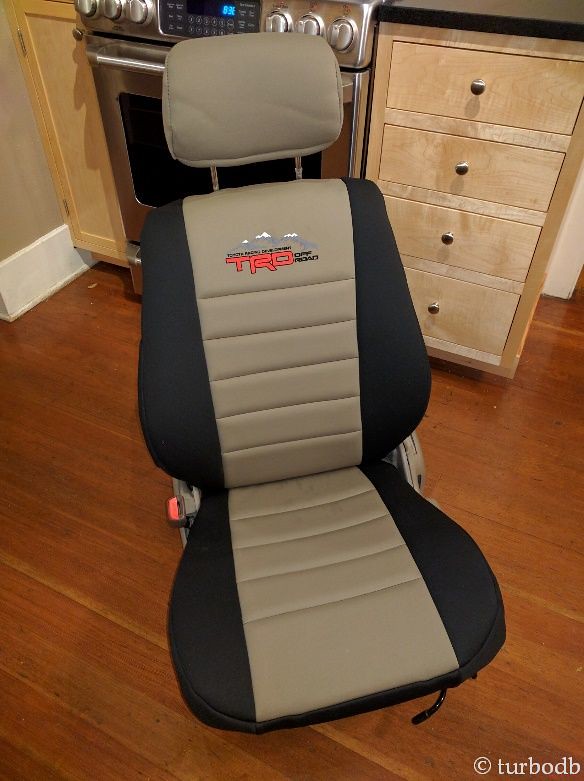 And then, back into the truck, easy peasy. They look great, though I'm not sure about the head rest covers - they are a bit baggy for my tastes, and I've never had the head rest covers installed in the past. I'm going to give them a month or two and see how I like them, but the color match is so good that I might just take them off - the headrests look nearly the same without any covers. 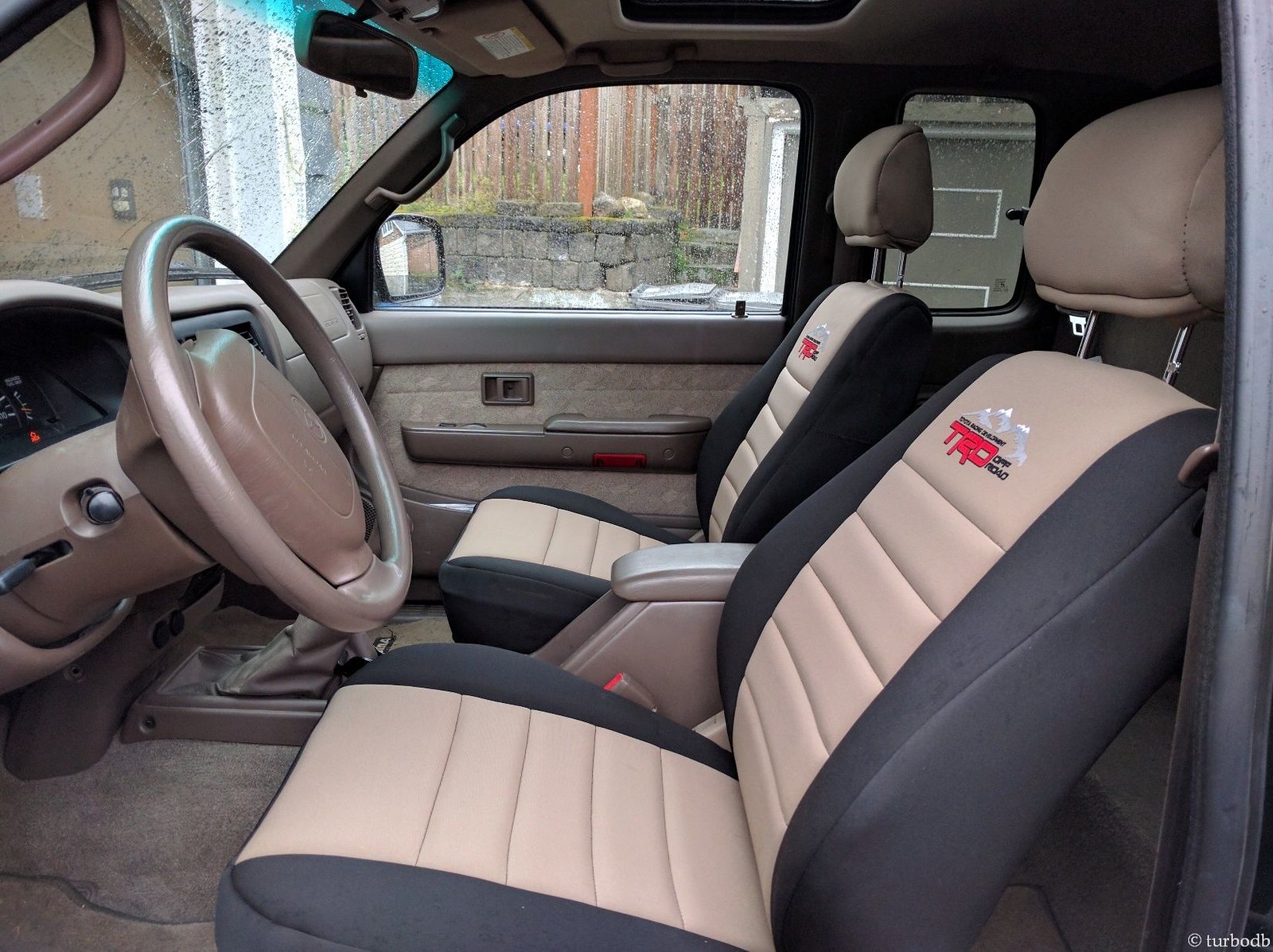 In all, these things look great and are clearly a high-quality product. I imagine that these will be the last set of covers I buy. At least, until @mrs.turbodb tells me that we need heaters, like she has in her car :).