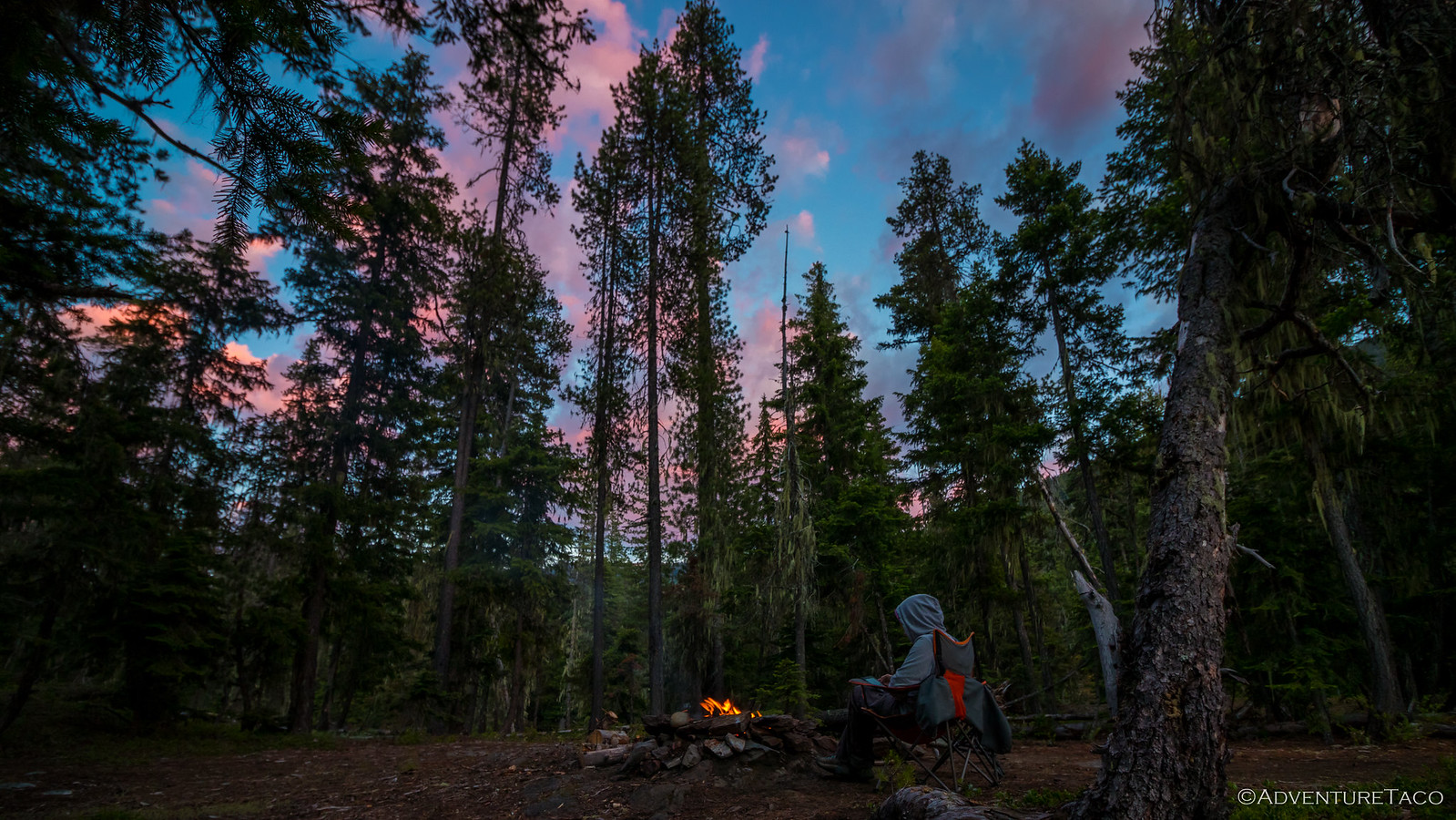 We Gambled and Won

With spring upon us and the snow starting to melt in some of the lower elevations, we got word that the road to one of our favorite camp areas east of the Cascades had opened up for the season. Hoping to beat the crowds, @mrs.turbodb and I loaded up @mini.turbodb and the truck and headed east.

Naturally, from the get-go, the main question was, "how long until we get there?" which we've realized must be answered with "about an hour," until we're less than an hour away, at which point we can use actual times. Seems to work for now.

Having gotten a bit of a late start, we were unsure if we'd find one of our favorite spots free or if they'd all be occupied already - so when finally hit dirt in the early afternoon we sped onward without airing down the tires, passing several cars moving slowly over the next 20 miles or so.

Alas, the easily accessible spot we'd planned to camp was occupied - by two second gen Tacoma's. The residents looked well entrenched, likely having arrived the night before. They also looked "fully clothed" - which could only mean one thing - mosquitoes! - since it was 75ºF or so out.

Undeterred, we headed onward, reasonably sure that our hidden spot would be free. Access to this spot is difficult enough that we always walk it first - no sense in driving if others have hiked in an setup camp. And, as we arrived in camp, @mini.turbodb was getting excited, "I really like this spot the best." she said.

As has always been the case, no one was there and we high-tailed it back to the truck. Twenty minutes later we pulled into camp and got all the confirmation we needed as to why the campers at the previous location were in long pants and hoodies - the mosquitoes were thick!

Playing and lounging at the river and around camp ensued. A short thunderstorm passed (which helped a bit with the mosquitoes), and pretty soon we got the tent setup and a fire going. 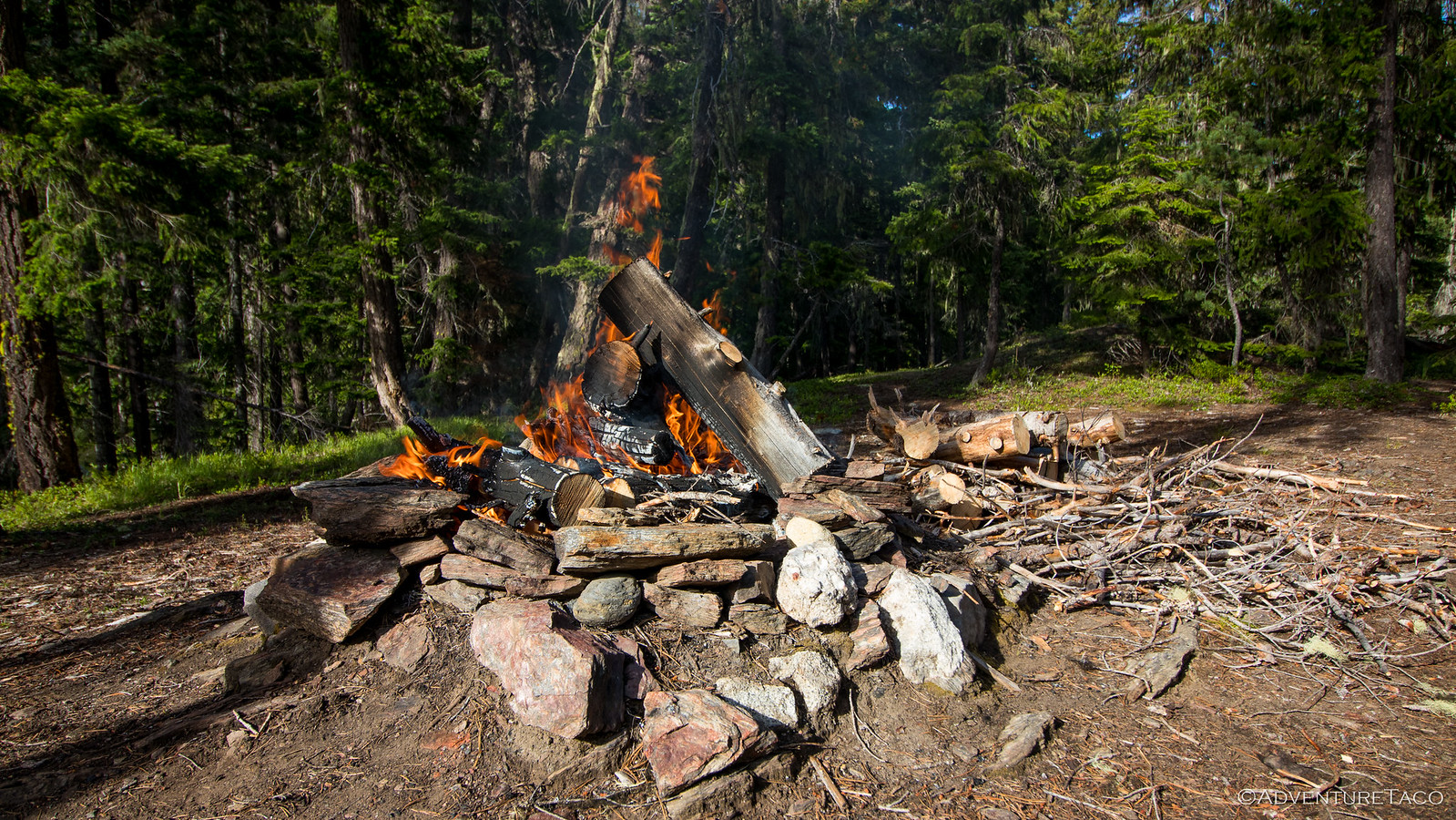 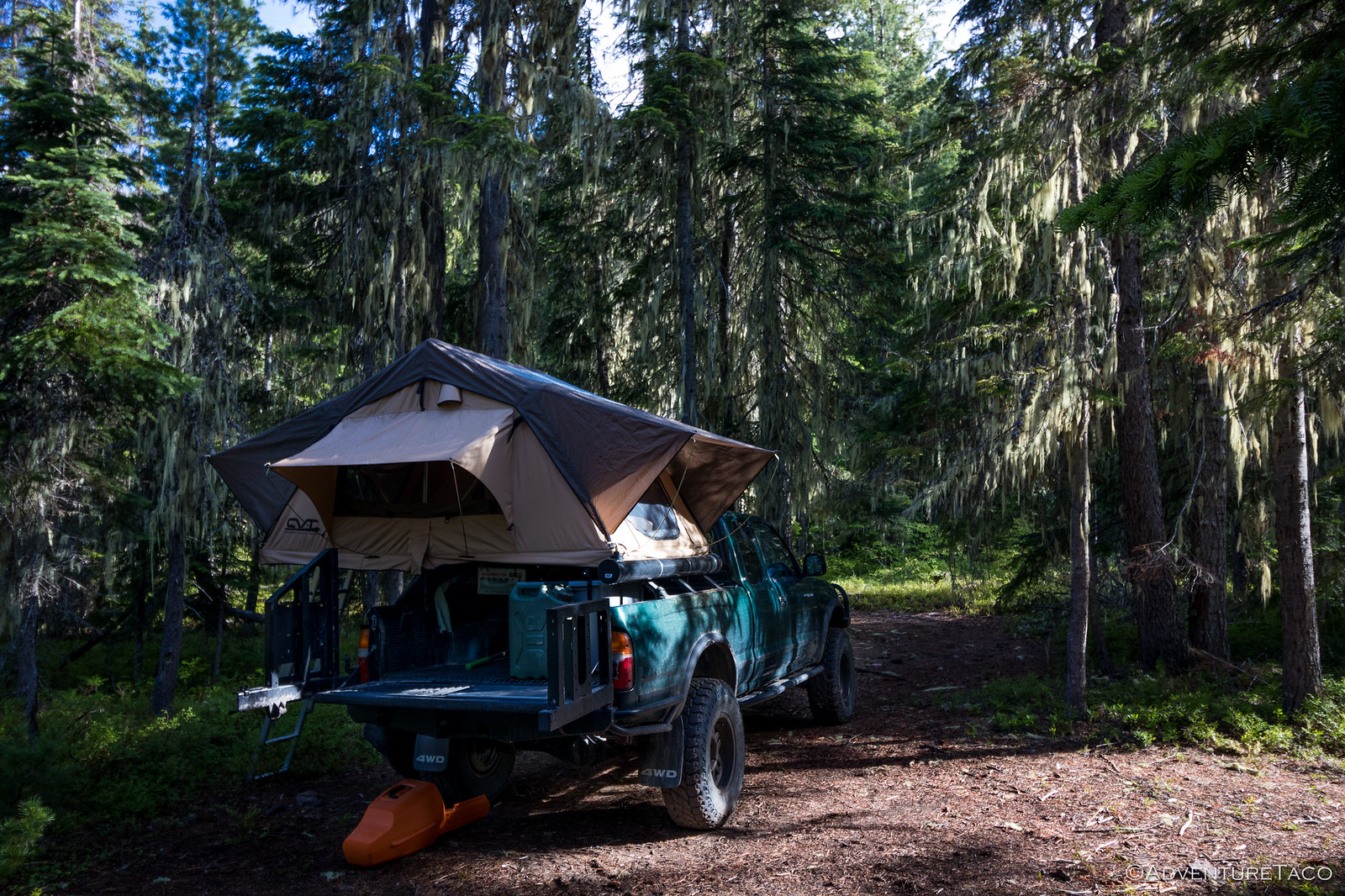 From there, we grilled cheeseburgers. Well, two cheeseburgers and a hamburger for @mini.turbodb, since her burger may have (read: definitely did, though she had no idea) hit the ground on it's way to her chair (luckily, protected by the easily removable cheese)!

I don't know why, but hamburgers always taste better camping.mini.turbodb

Of course, no campfire with a seven year old is complete without marshmallows, so we roasted those up well past her bedtime. 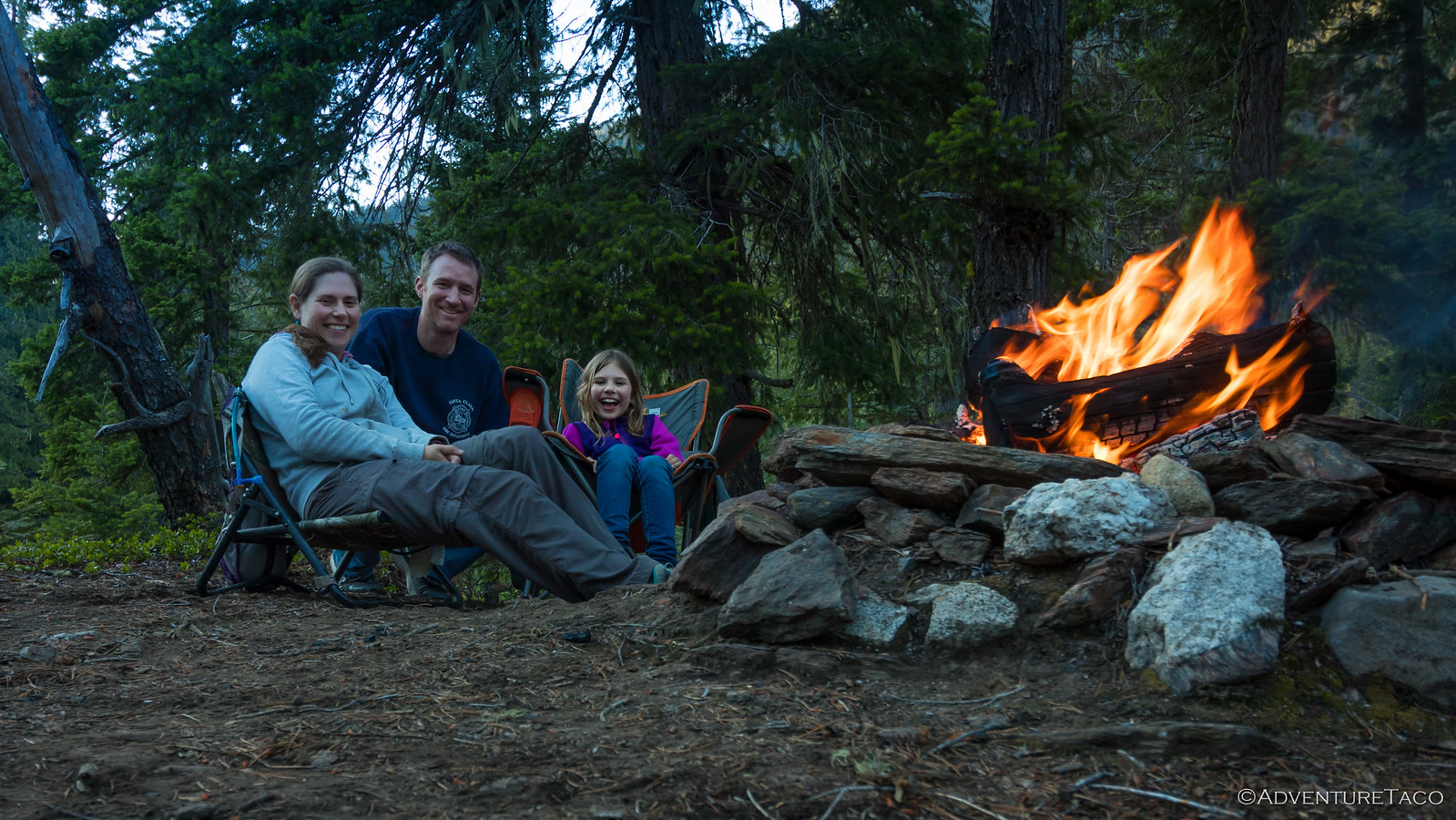 Eventually though, she was off to bed and @mrs.turbodb and I headed back to the fire to read our books and enjoy what turned out to be a beautiful sunset, helped by the remaining clouds in the sky from the sprinkles earlier in the day. The colors were amazing - deep deep pinks and purples; the sound of the river in the background; mosquitoes held (mostly) at bay by the fire. 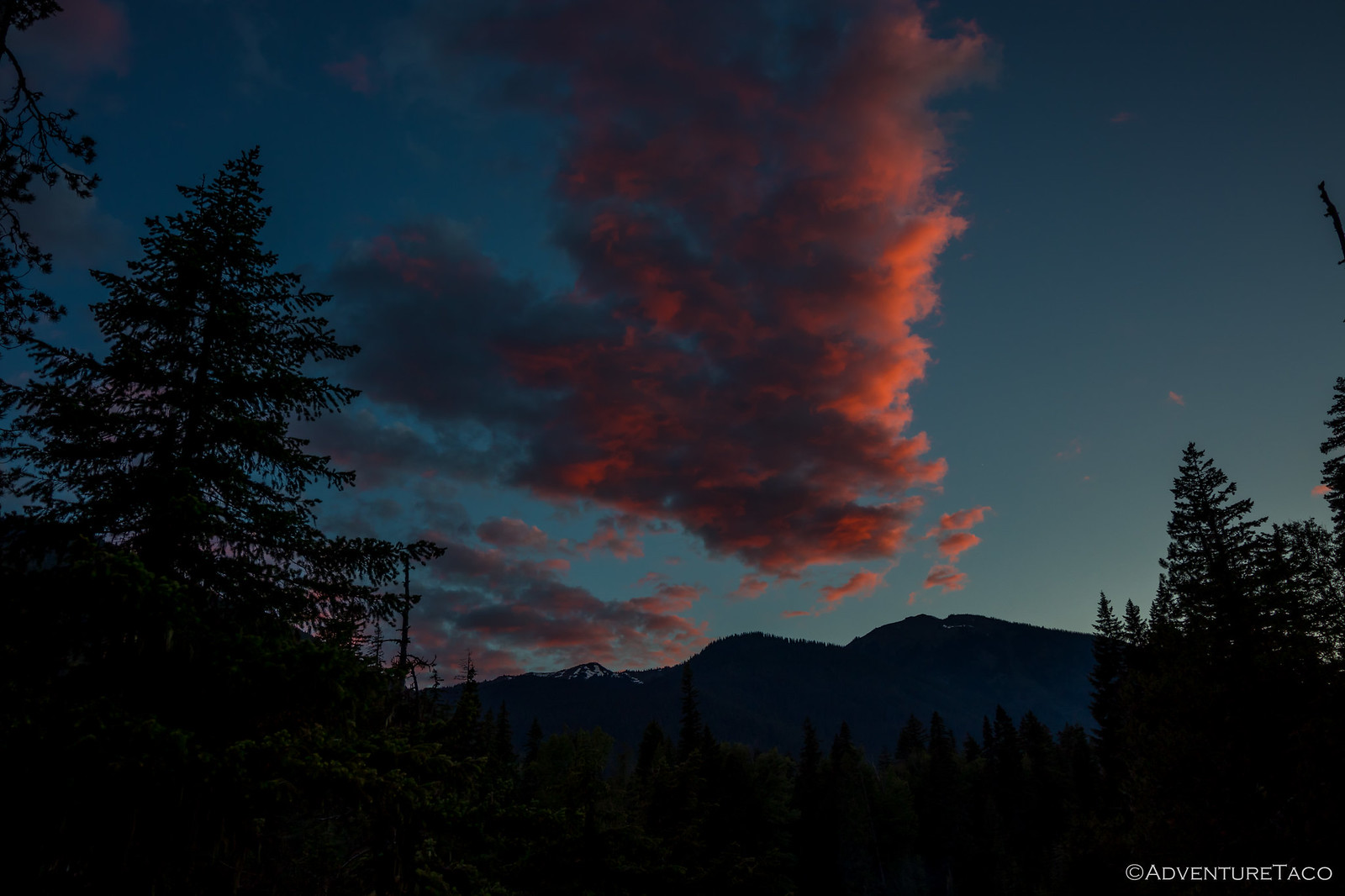 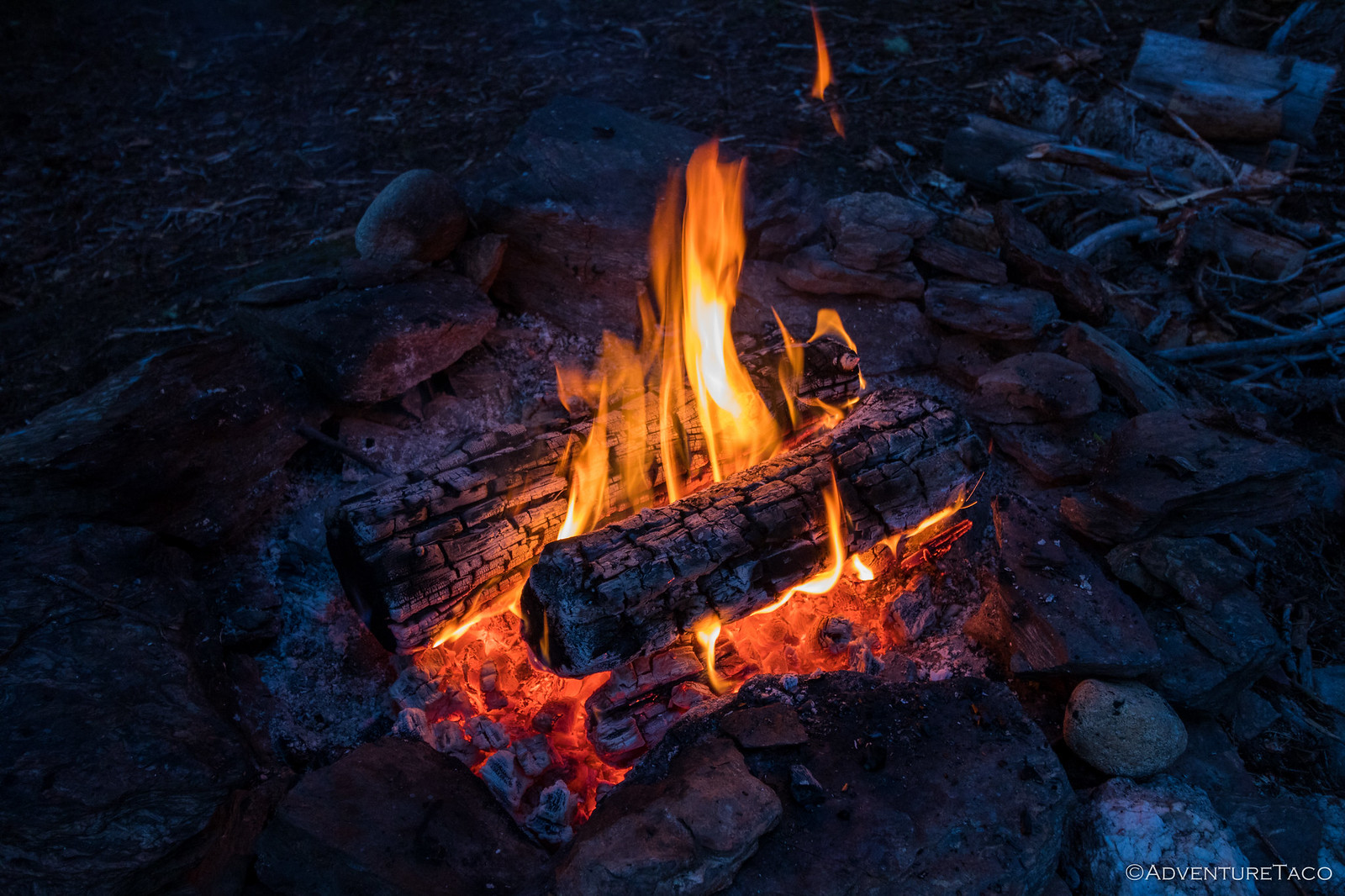 It wasn't long until we were ready for bed as well, and we slept soundly - a few sprinkles through the otherwise peaceful night - until we awoke early to a beautiful morning. The sun was out in it's full glory, and by 8:00am when we rolled out of bed it was already warmer than it'd been the previous day. 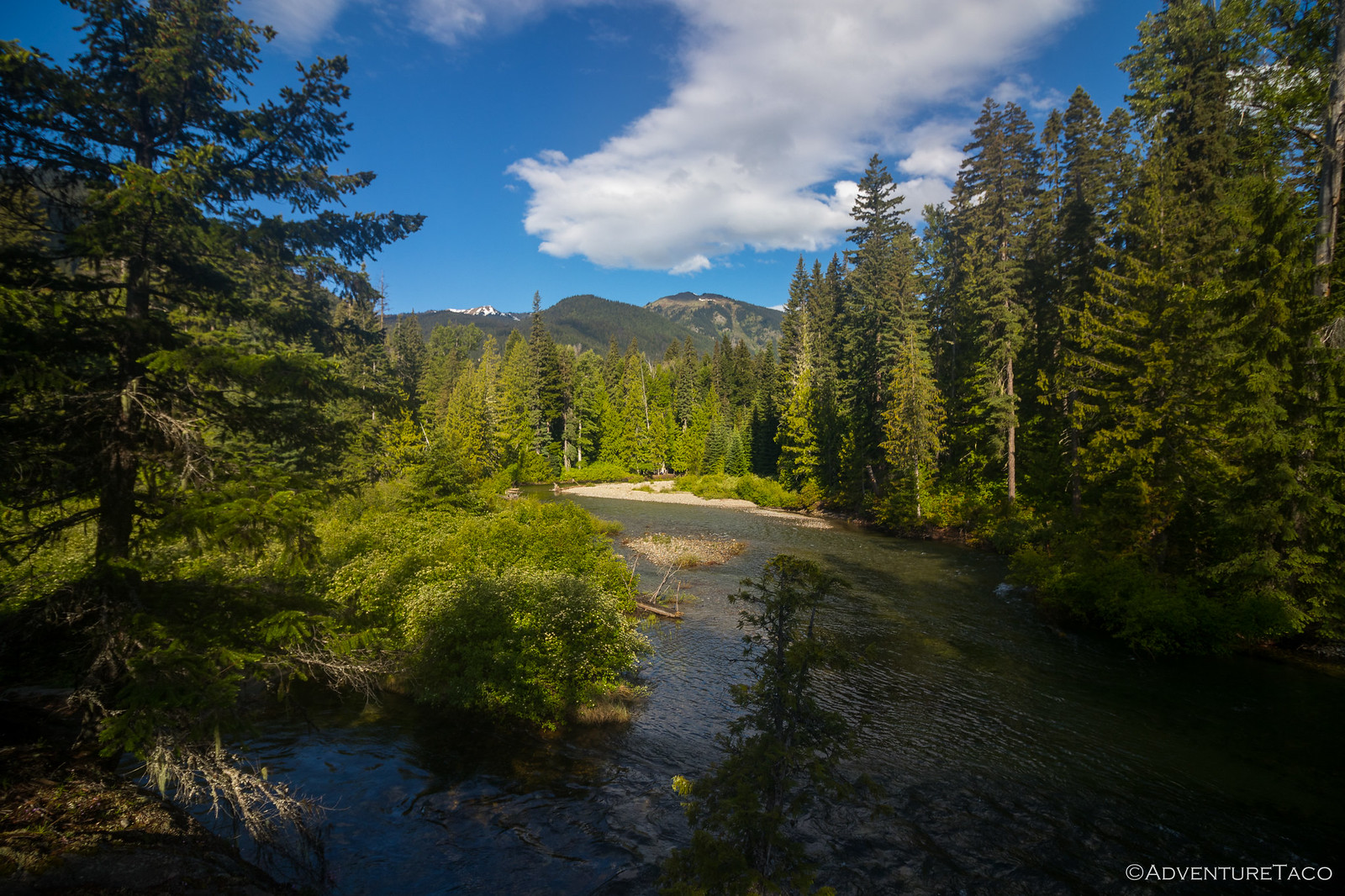 Breakfast, playing, exploring, and a short hike ensued. And then, a discovery - right next to camp, essentially directly above where our chairs had been during our camp fire - a small birds nest, with a resident! And, not only a resident, but two future kiddos. 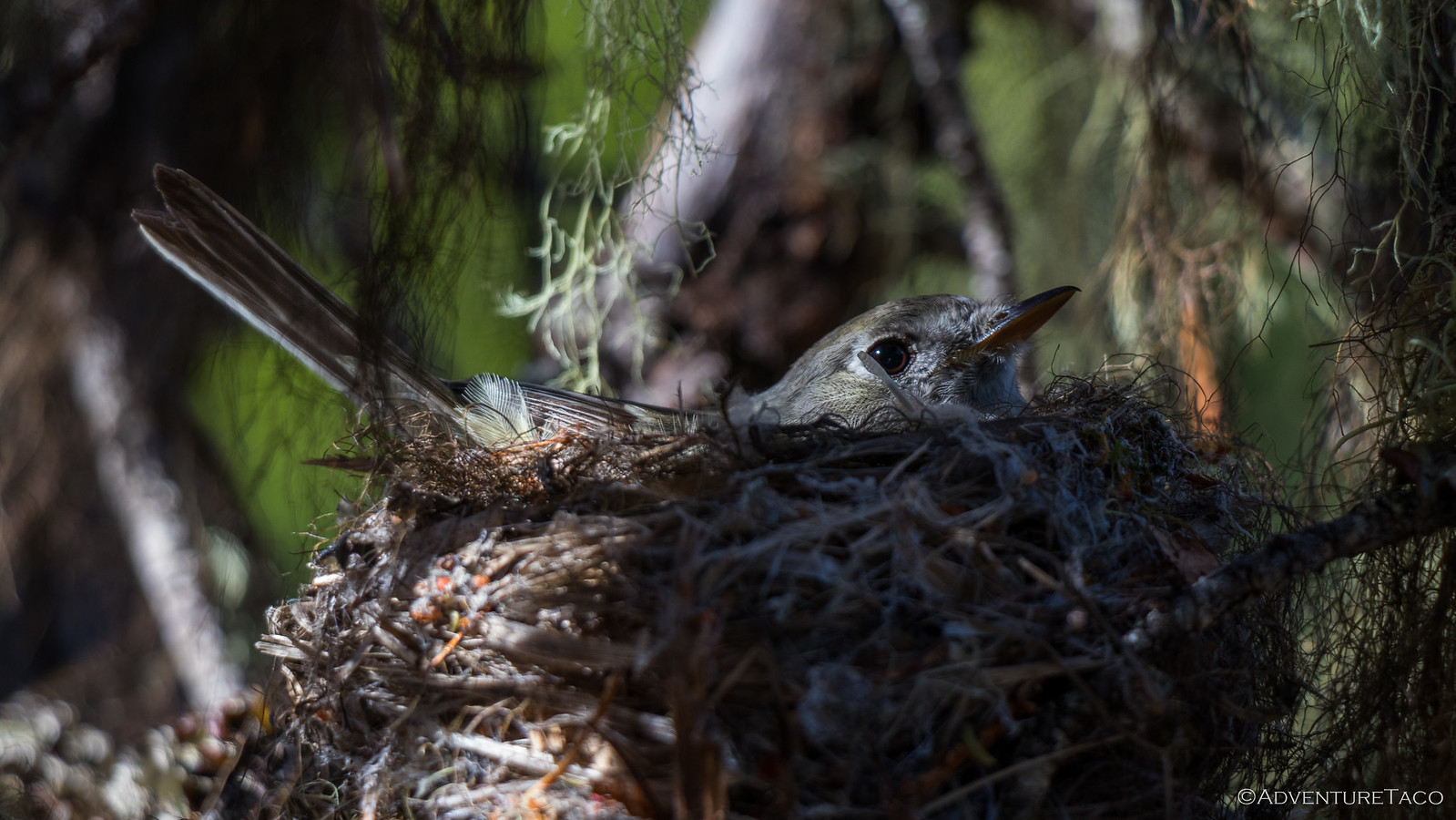 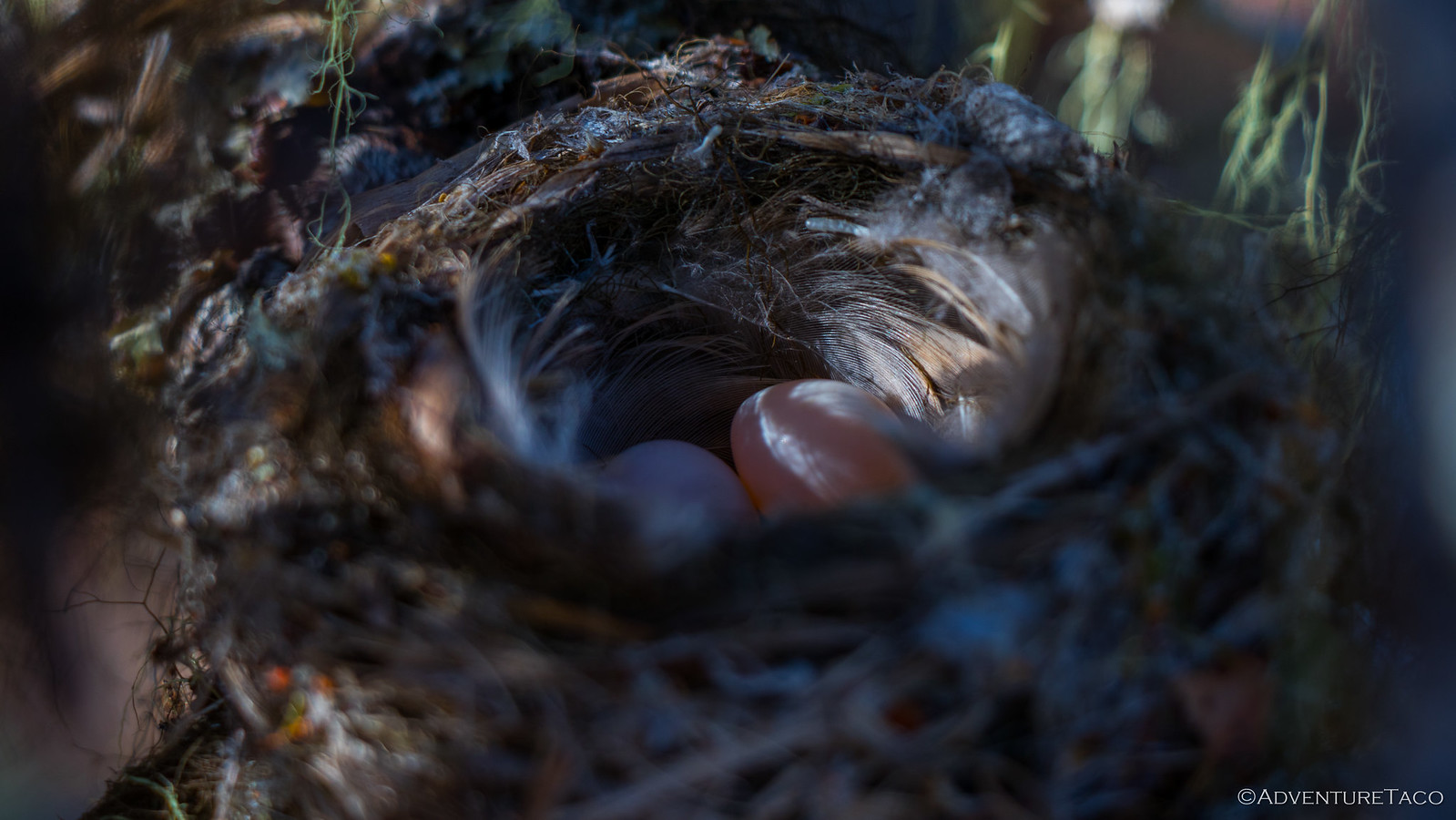 We played some more and skipped rocks across the creek until our stomachs told us it was after lunch time, and then we headed back to camp to pack up our stuff, have a quick snack, and hit the road. It'd been just a quick over-nighter, but as we all enjoyed a late lunch of Mexican food on our way home, it was clear from the conversation that it'd been a rousing success.