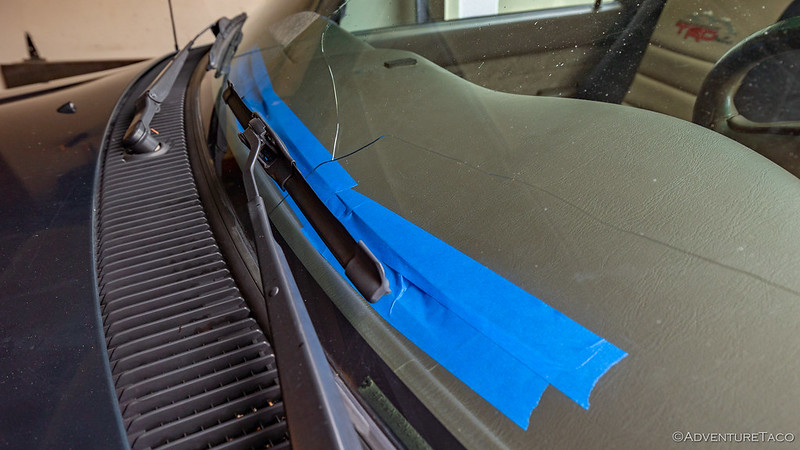 I've procrastinated replacing the windshield for two years now, a problem I appear to have first noted in a rig review after our Mojave Redemption trip in 2019! My reasoning - or worry - was twofold, really: 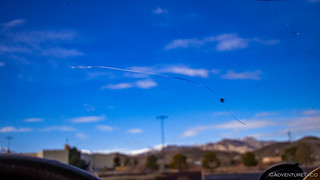 But, I figured it was finally time. Really, the crack right across my straight-out-the-windshield-line-of-sight, which I find myself having to move my head to see around was the main impetus. That, and I realized that I actually do have a local body shop that know does great work and that I've started to build a relationship with: Jim's Body Shop!

I gave Humberto a call to see if they replaced glass in addition to doing body work. To my delight, he confirmed that they could definitely replace my glass, and that the price would be right in line - even a little lower in fact - than having one of those mobile windshield replacement places come out and do the work. Now that's what I call a win-win!

Humberto set about ordering the glass, and I put a bit of blue tape over the defroster and climate control vents, just in case there was any glass breakage during the replacement. 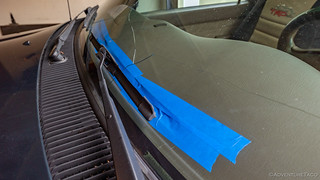 Just to be on the safe side.

Humberto was also great about coordinating a time with me when I could drop off the Tacoma and he'd work on it immediately. I'd mentioned to him that there was a lot of gear in the back that I'd prefer to not have parked outside for an extended period of time, and he totally got it. I suggested giving me a call when he was "between" other projects, and I could get the truck down to him in 10 minutes. That was fine by him - another reason I like his shop so much - and a couple days later I got a call asking me to bring the truck by. 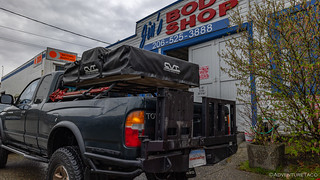 I was back three hours later to a perfectly replaced windshield, ready to go. Humberto asked about the blue tape as well - "Something wrong with the A/C?" he said. He got a good chuckle out of my reasoning for the tape, letting me know in the kindest way possible that they are good enough at their jobs that I need not have worried. Man, what a great shop.

Published in Tacoma Maintenance; experienced on 2021-03-15