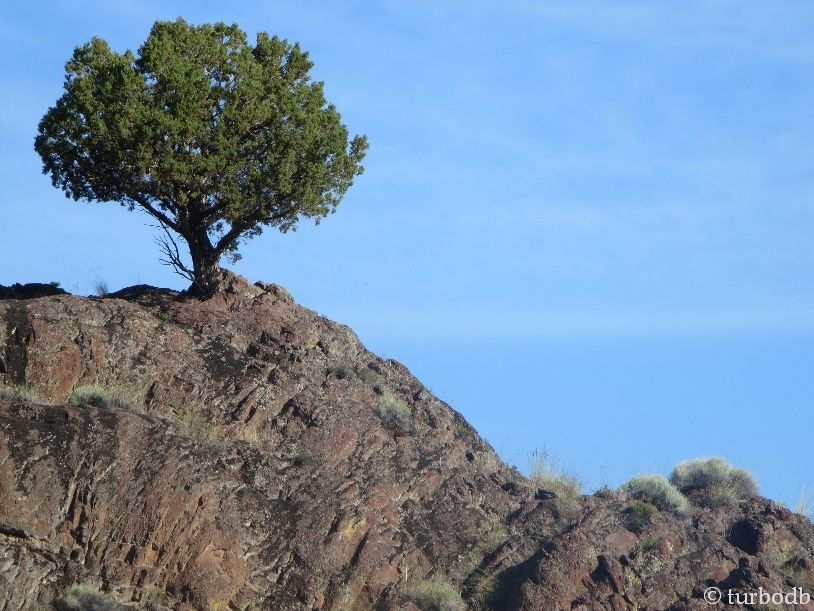 A trip to the Owyhee Canyonlands Part 3 – Owyhee, Three Forks

A few miles outside of Jordan Valley, it was back onto dirt roads for 30 miles to Three Forks. Mostly uneventful, we saw many more cows than cars, and we arrived at our destination around 7:00pm. Once again, we were deceived right up until we got there, as the canyon opened up below us, rather than being something we drove into. Coming over the edge, we were greeted by this sight, and it was just the beginning.

We continued down, and found ourselves in the most populated place we'd see all weekend - 7 or 8 other campers, already setup along the edge of the river. We looked around a bit for a spot, and then ventured up stream, forded he river in the truck, and kept going along something marked "Jeep trail," that was steep, narrow, and fun. There were no Jeeps. Only Tacomas.

We made our way to the end of the trail, which also happened to be the hot spring location, where we found three ATV-ers already enjoying a small, lukewarm pool. We joined them and had a good chat ("You're from Seattle, and just got back from India?!") while tried to inconspicuously wash our faces and bodies after a couple days of no showers and lots of dusty roads/hikes.

Then it was back to the car, and off an even less-well-traveled spur of the Jeep road. No Jeeps or Tacomas here, just our Tacoma.
Eventually, we found ourselves above the crowds, on our own canyon finger, looking out over two of the three forks of the Owyhee River.

This part of the Jeep trail was clearly untraveled on a regular basis, and was a perfect spot for us to setup camp. A little closer to water than Chalk Basin, and partially sheltered (from wind) by the canyon, there were more bugs here, so it was a tent night - our only one on the trip. Nearly 10pm already, it was dinner time - 3 hot dogs each, an ear of roasted corn, some roasted veggies, and marshmallows. Yum. 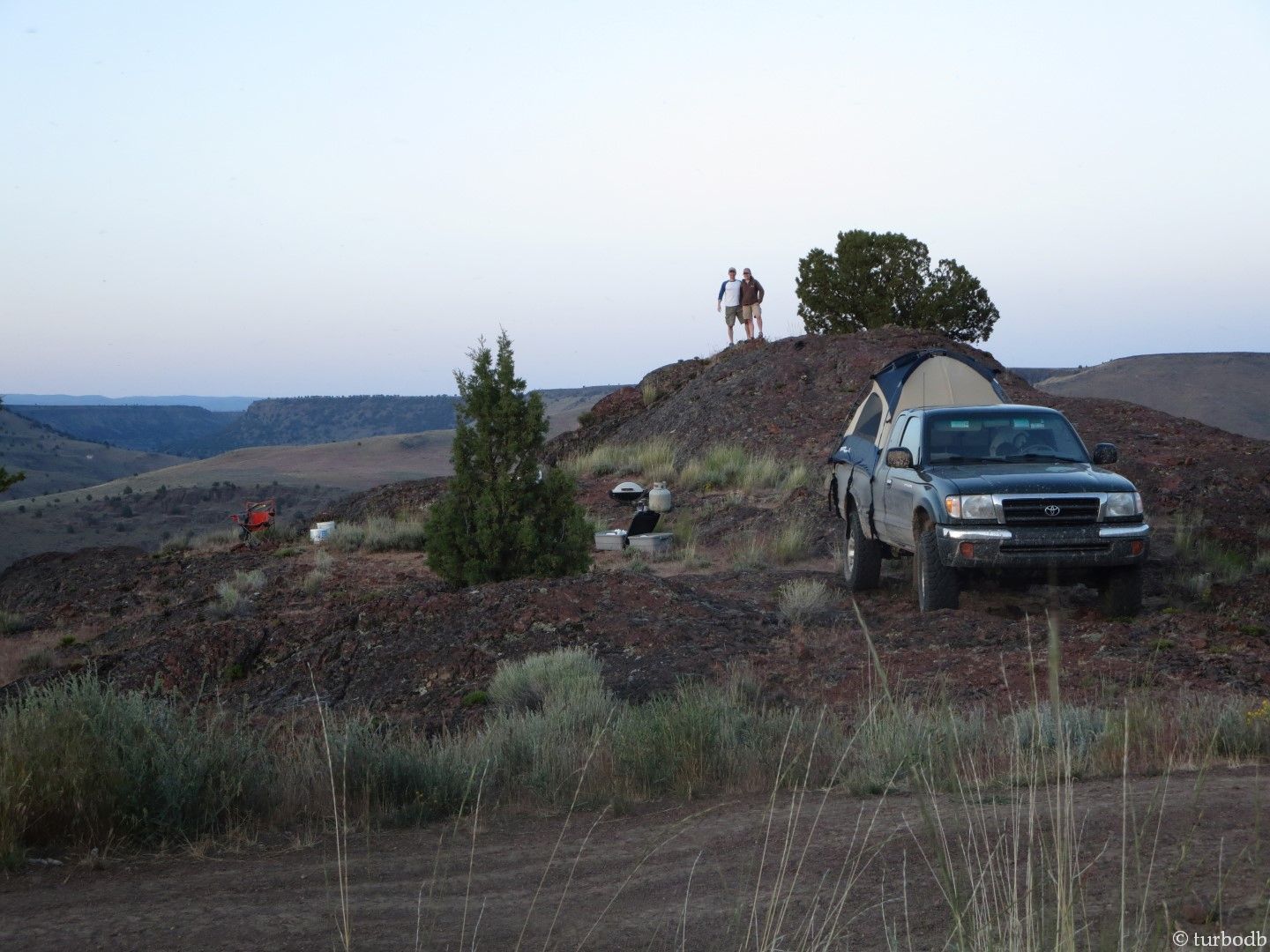 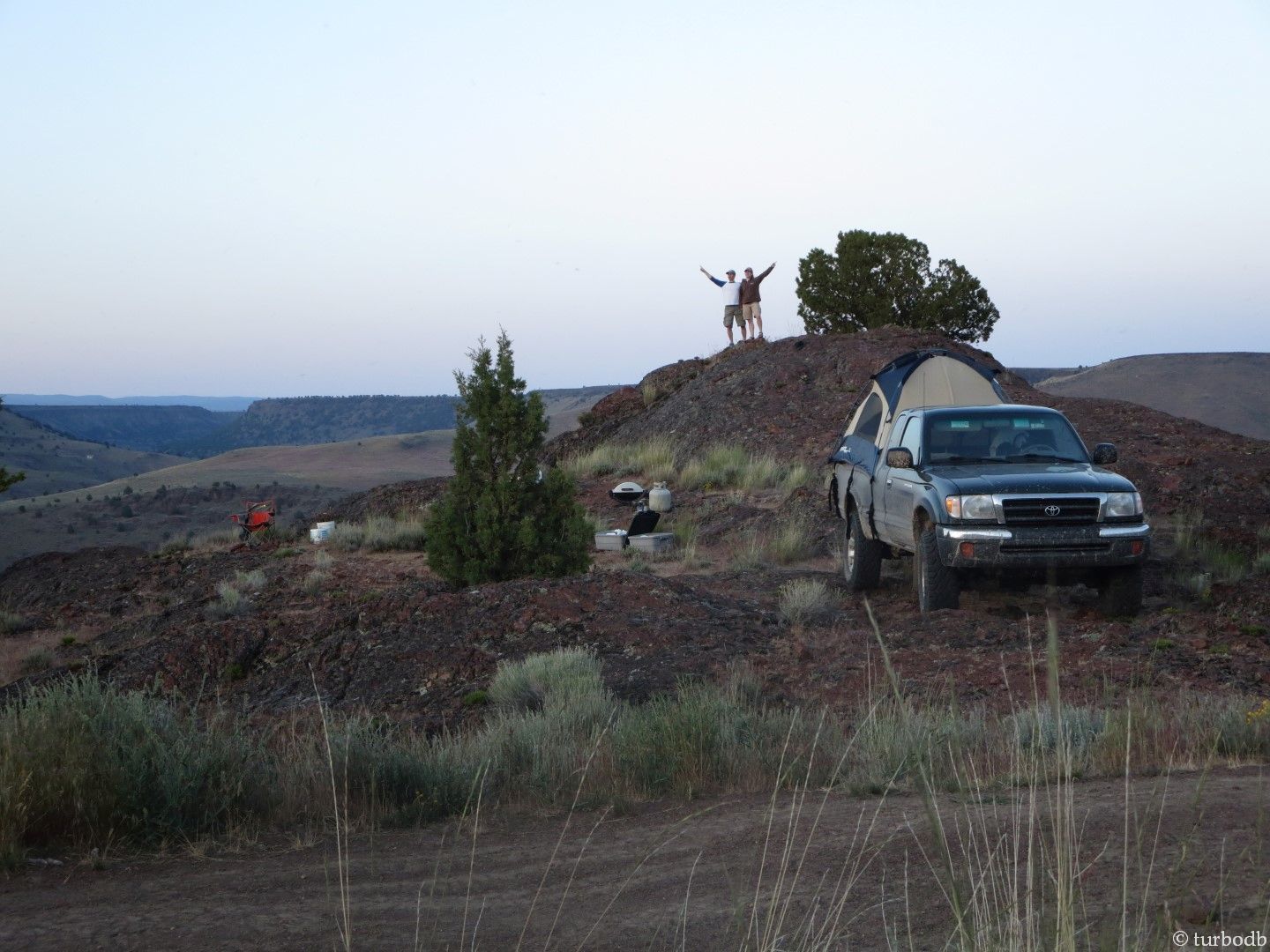 Sleep came easy after our full day, with @mrs.turbodb hoping the tent would help us sleep later into the morning than we had this morning.

It probably would have, were it not for the fact that I can't sleep past 6.

The next morning, we awoke to the sound of roosters in Hawaii. Except that they were quail in Owyhee. At any rate, one was perched on the top of our finger (over by the tree), and he was not happy that we were visiting...but he was also very camera shy, taking off before I could get anywhere close. The sun was just peeking over the plains, and like the previous morning, it was awesome. 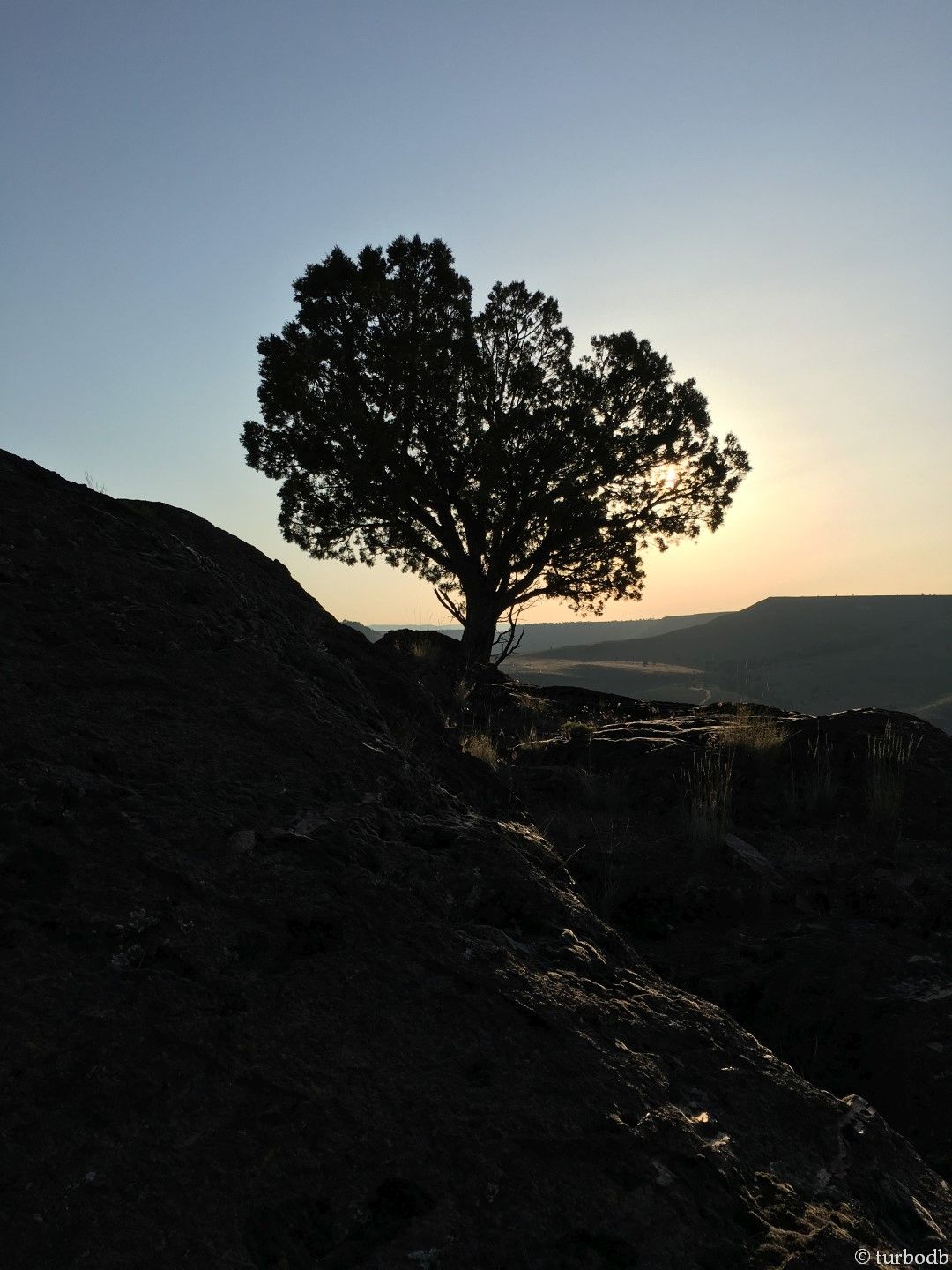 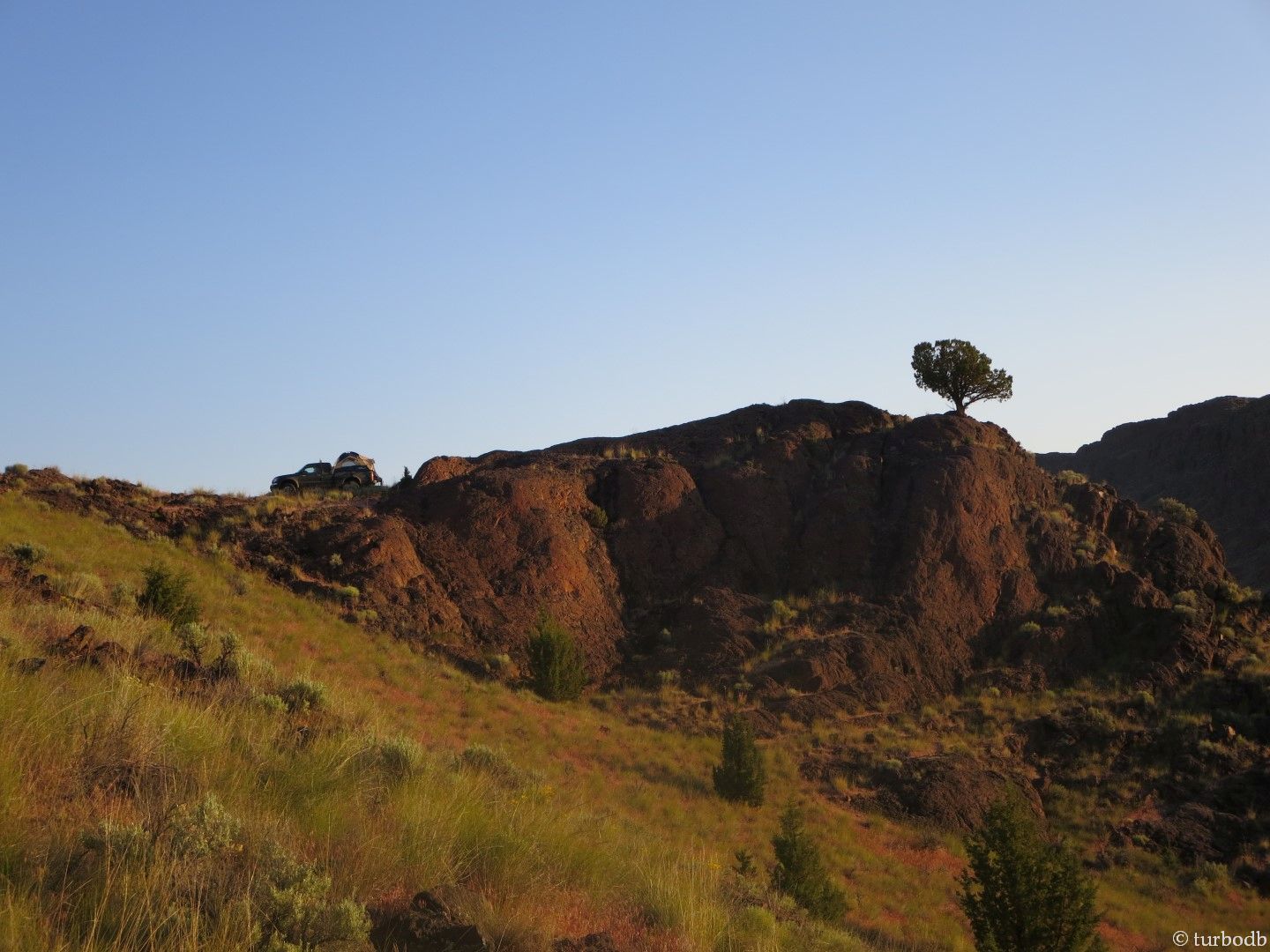 Breakfast (cereal and blueberries) overlooking Three Forks as the sun rose was the perfect start to the day, which only got better as we packed up the truck and pulled out of our spot, with the engine light no longer on! With that, we headed out, and enjoyed Three Forks again as we drove out in the morning sun. 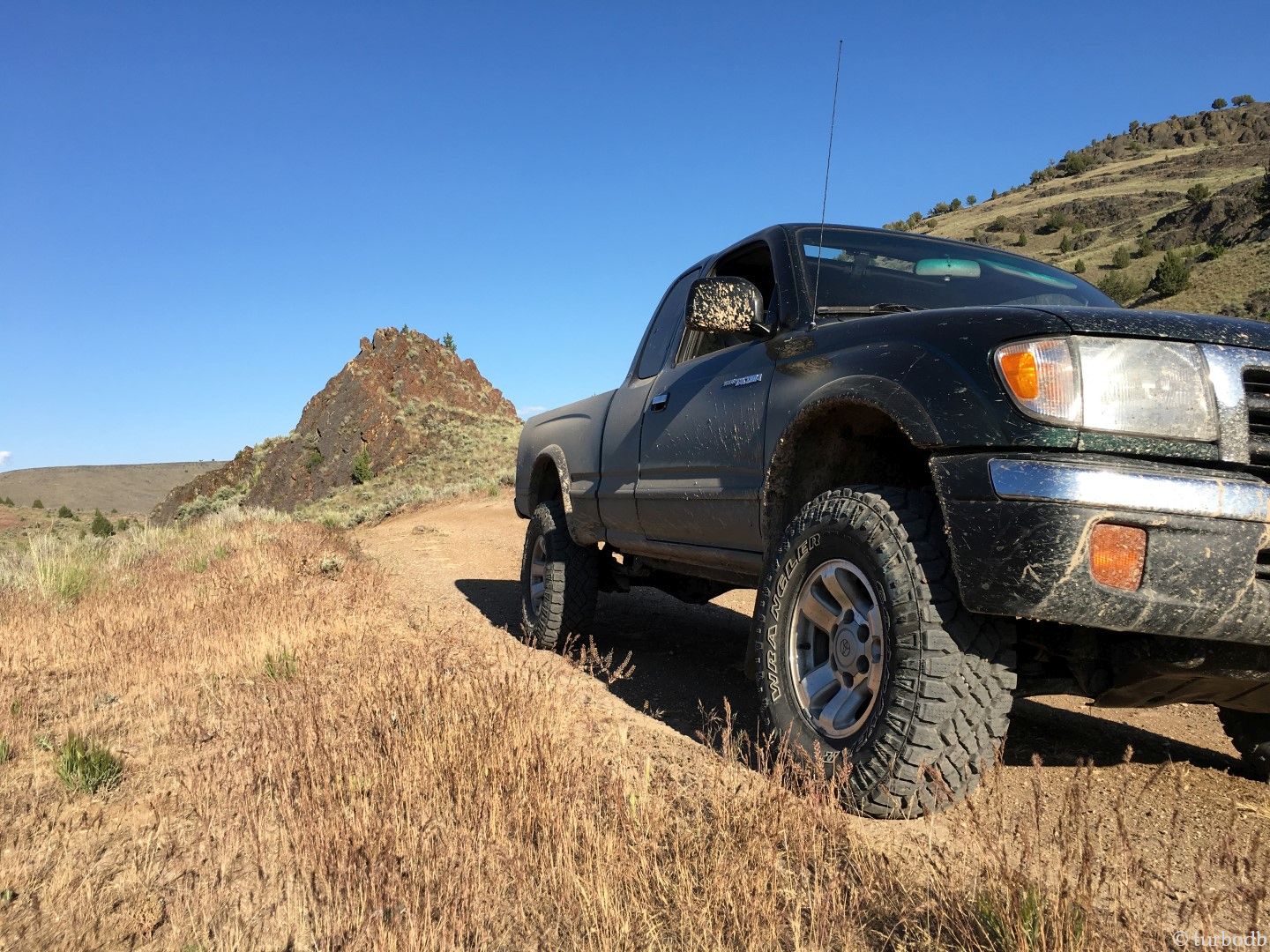 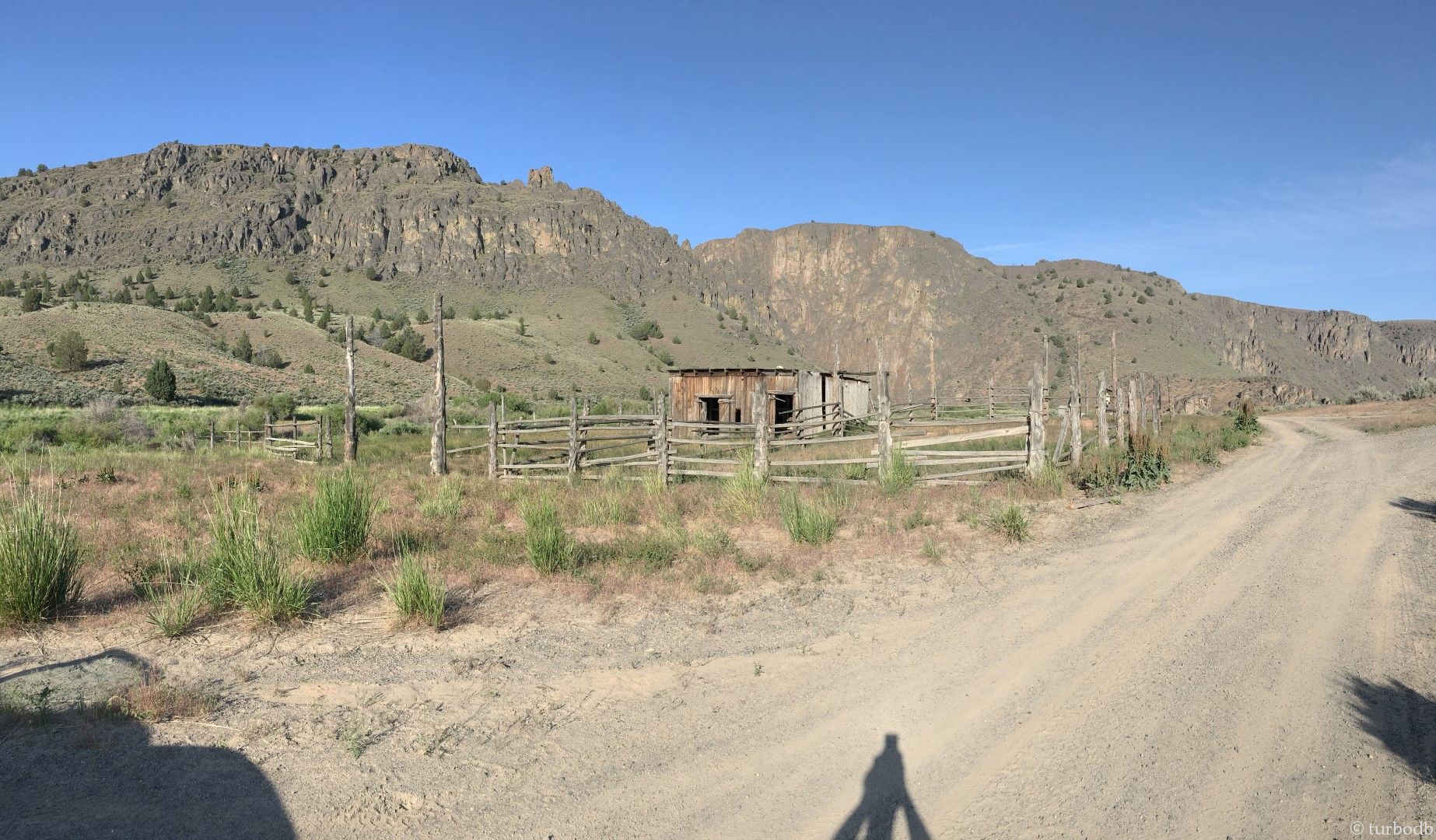 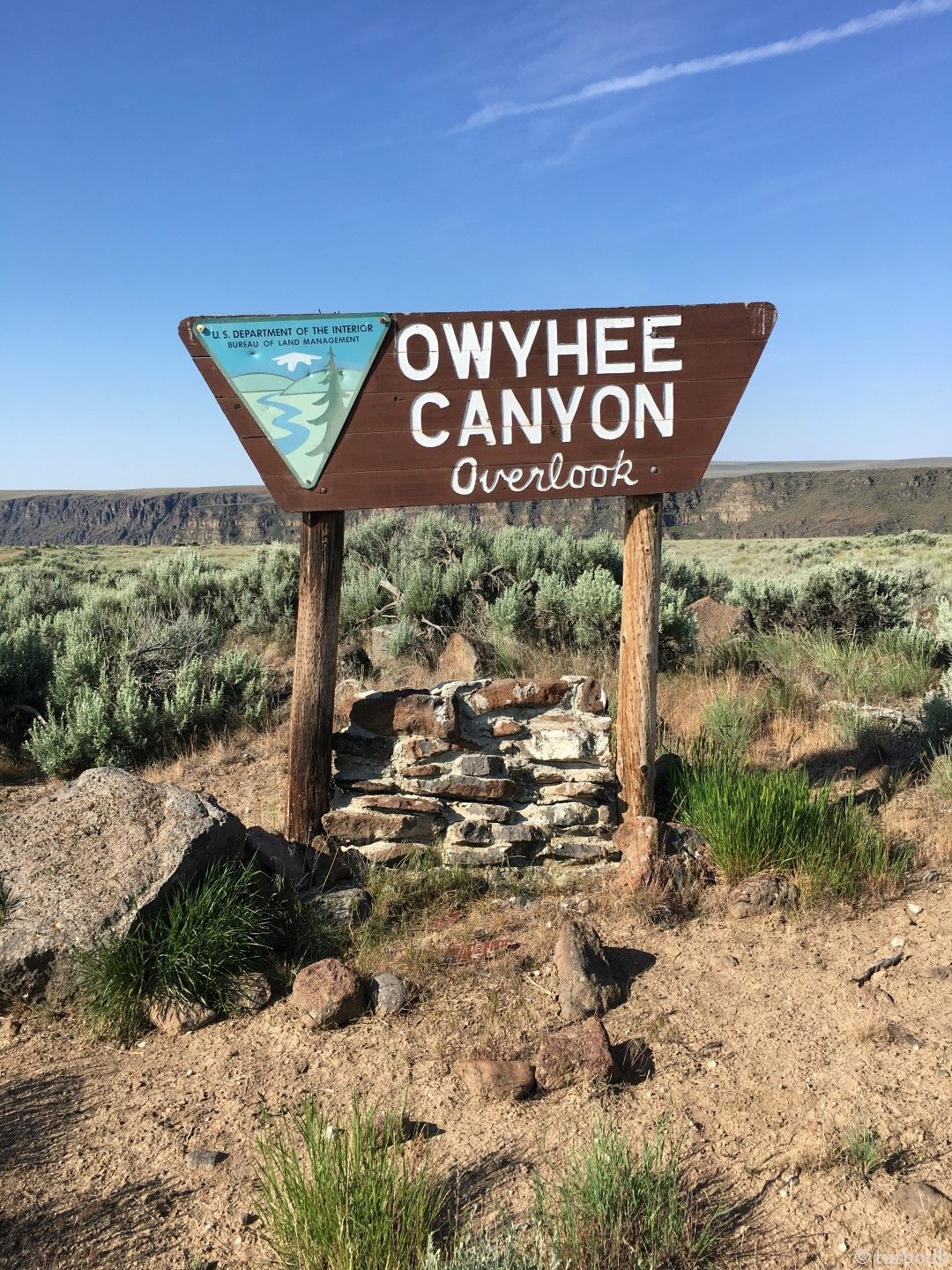