With a new lease on life (no check engine light), the trip through Jordan Valley (again) and to our final destination was fun. We saw a ring-necked pheasant and of course 1 million billion cows just grazing wherever they wanted on the BLM land. The highlight however was a cattle grate crossing on the top of a rise where, at 50 MPH, the Tacoma played "Dakar rally truck" and we caught air, much to our surprise (and enjoyment).

As we continued to drive, we entered a whole new landscape - green valleys between rolling hills covered in obvious volcanic activity. We'd timed this just right, to hit the 10 days of "spring" that happen each year. 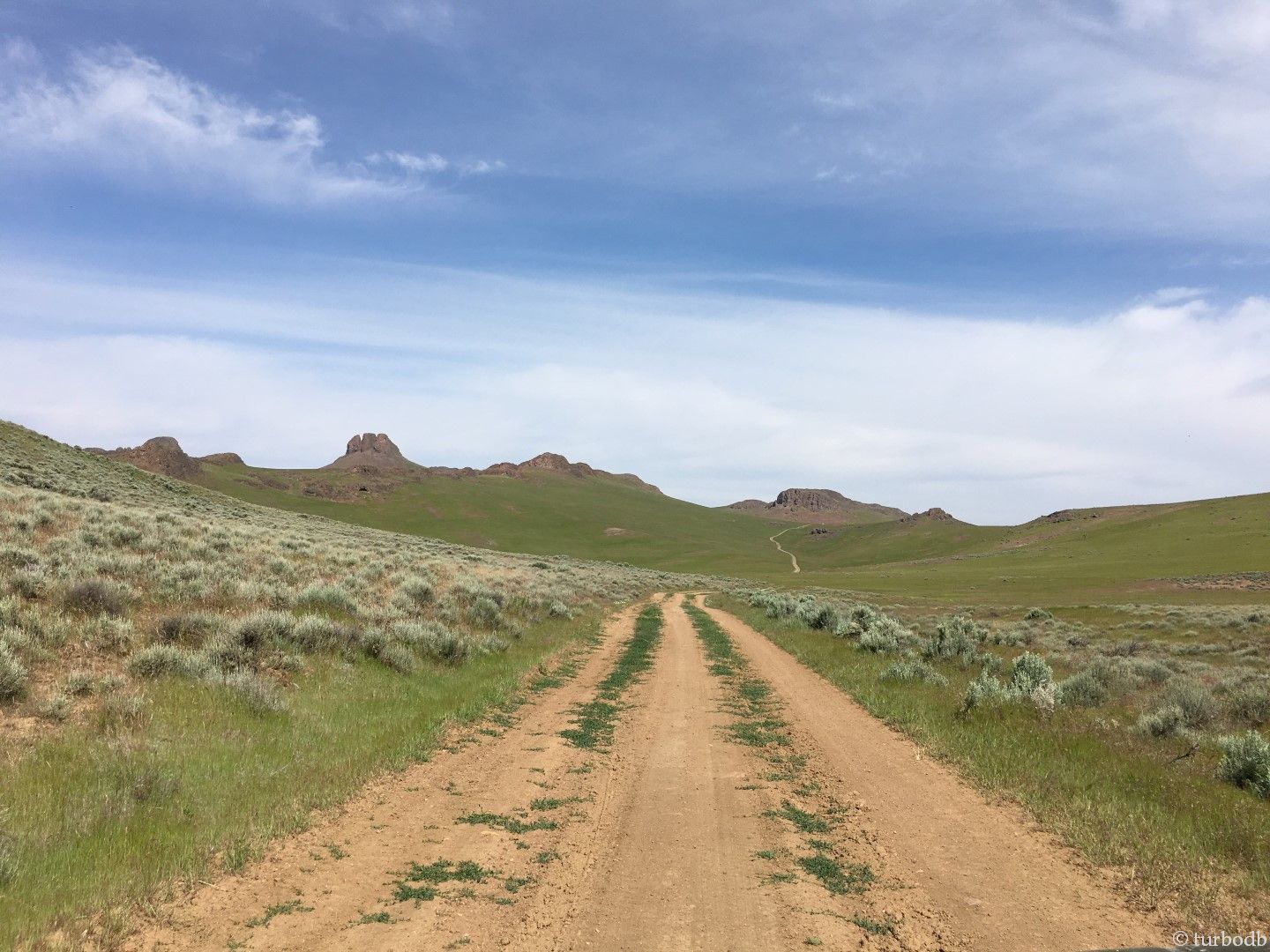 It was obvious when we finally arrived at the trailhead (again, some 30 miles on unmarked, unpaved, 4WD roads), because there to greet us - of course - was another Tacoma. Of course, we pulled up alongside to compare our 1st generation truck with a brand new 2016 model. Let's just say that there wasn't going to be any trading going on, at least on our part.

The hike to the Honeycombs was definitely going to be our longest hike - at 16 miles roundtrip - but little did we know that it was also going to be our hardest. Not due to terrain, but due to the fact that we had no idea where we were going, or whether we were on the right trail.

But we're getting ahead of ourselves.

Shortly after our arrival, as we were making lunch and getting ready to set off (at noon), the owner of the 2016 Tacoma showed up, having left earlier in the morning and taken a wrong turn, completely missing the trailhead (and then deciding to call it quits for the Honeycombs (bummer!). We all chatted for a bit (mostly about how old Tacomas were better than new ones) and we got some pointers on how to get onto the trailhead. With that, we headed out (just as a third Tacoma was pulling up...though it turns out, he never stopped).

With renewed confidence, we headed to the end of the road and the trailhead, where we promptly took a wrong turn and lost the trail. With topo map in hand, @mrs.turbodb pointed us the right direction, and we headed up and over a 400 foot ridge, and back down the other side to meet up with where the trail was supposed to be (and was). We continued on that trail until it met a two track road (?) at which point we thought we were totally lost again.

That meant @mrs.turbodb was looking at the map every few minutes.

That meant I was getting frustrated with all the map looking.

It turned out we were on the right "trail," though we only found out about that 2 hours later when we passed the only other three people we saw all day, as they were on their way back from "not quite making it" to the Honeycombs.

But the views. They were spectacular. 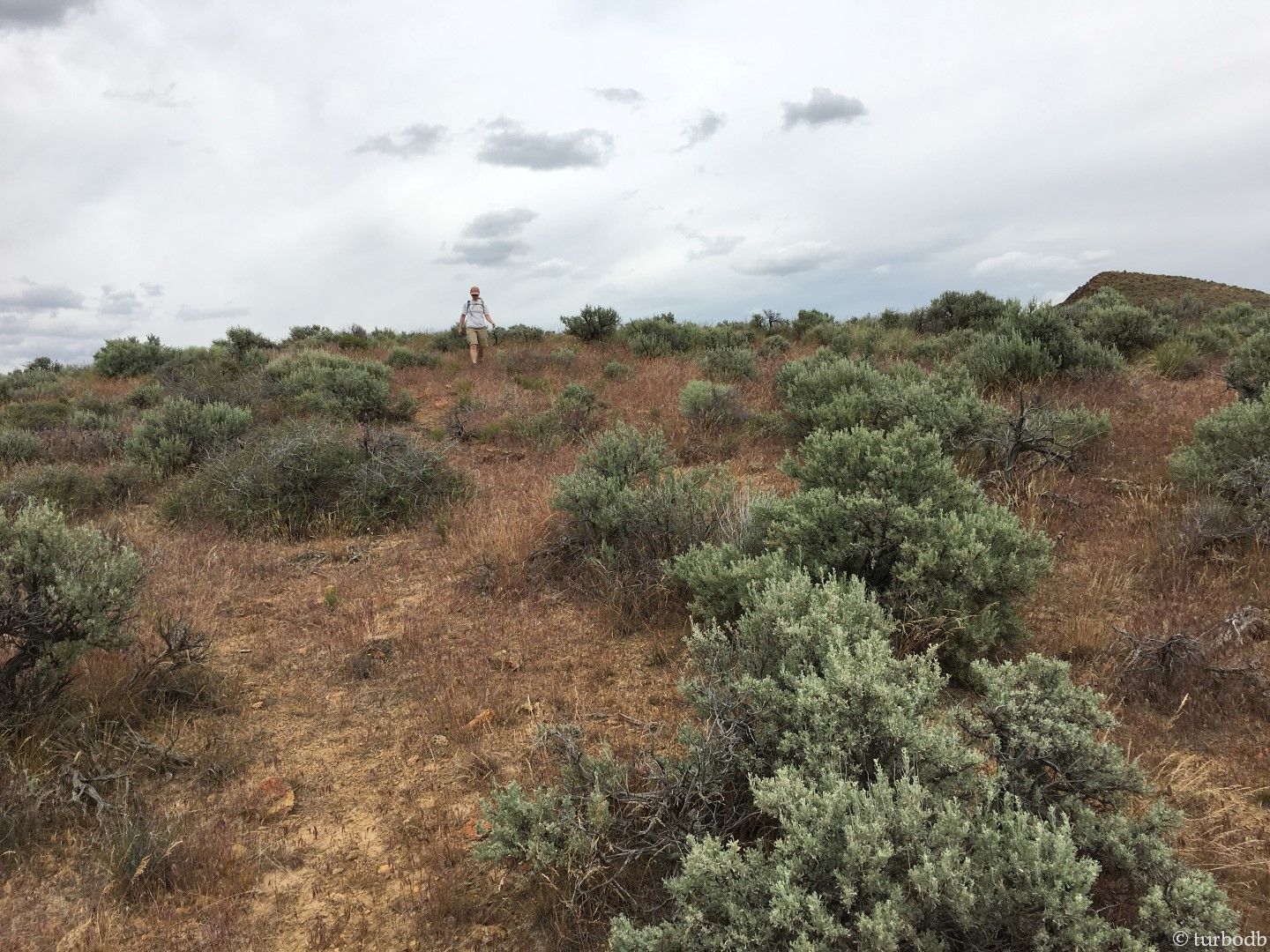 That's @mrs.turbodb "coming down the trail."

When we finally got to the Honeycombs, we realized it was all worth it. For all the lost-ness earlier in the day, the views here were more dramatic than any we'd seen on the trip. The oranges, golds, and yellows were bright, and the spires were tall.

@mrs.turbodb took a break at the top, and I headed down to get some pics.

The further I went, the more amazingly crazier it got. I couldn't capture it with a single picture, or a panorama - the camera just wouldn't do it. Eventually, I ended up with a bunch of pictures and a video to try and capture the whole thing. Still didn't do it justice. 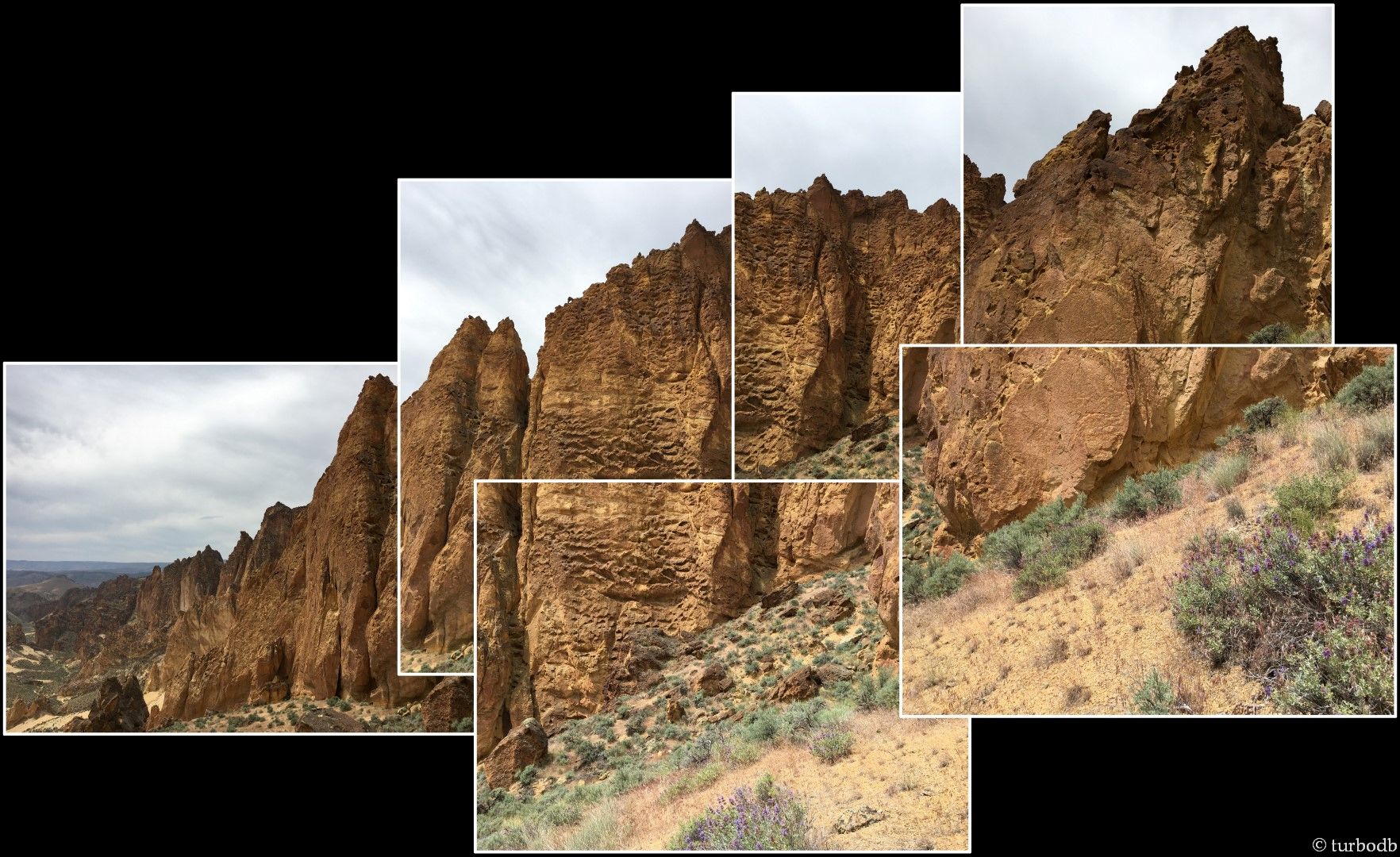 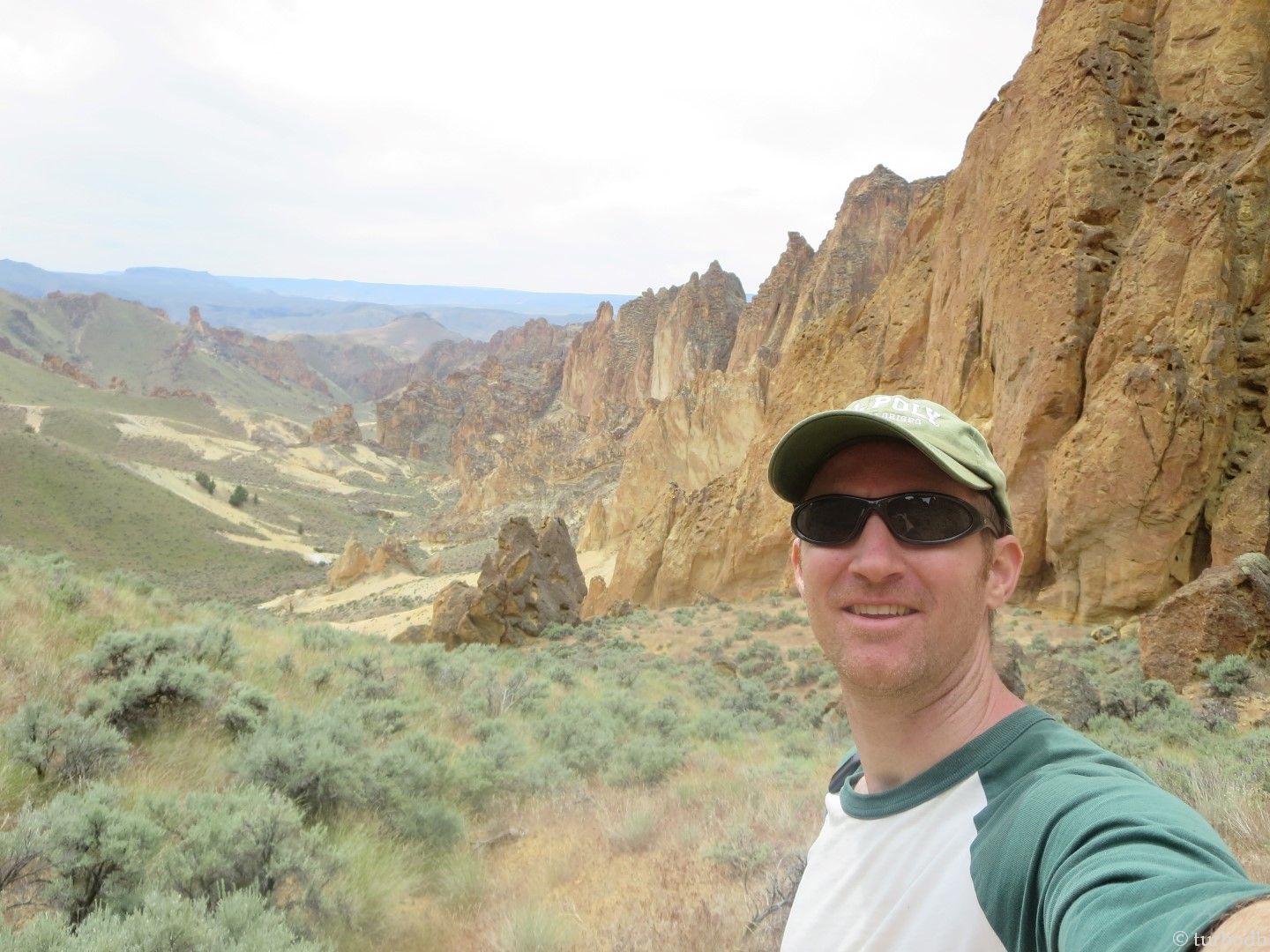 Then, it was back up the hill (probably a few hundred feet) to a little cave in the Honeycombs where we ate lunch.
PB & J again, it was delicious. Even though mine was squished and soggy and @mrs.turbodb's was pristine. Go figure.

After a short break, it was 3:30 and time to head back. More confident in our location and knowledge of the area, we set out, cross country for the 6 mile return trek, soaking up the wildflowers and sights we'd also seen on the way out. 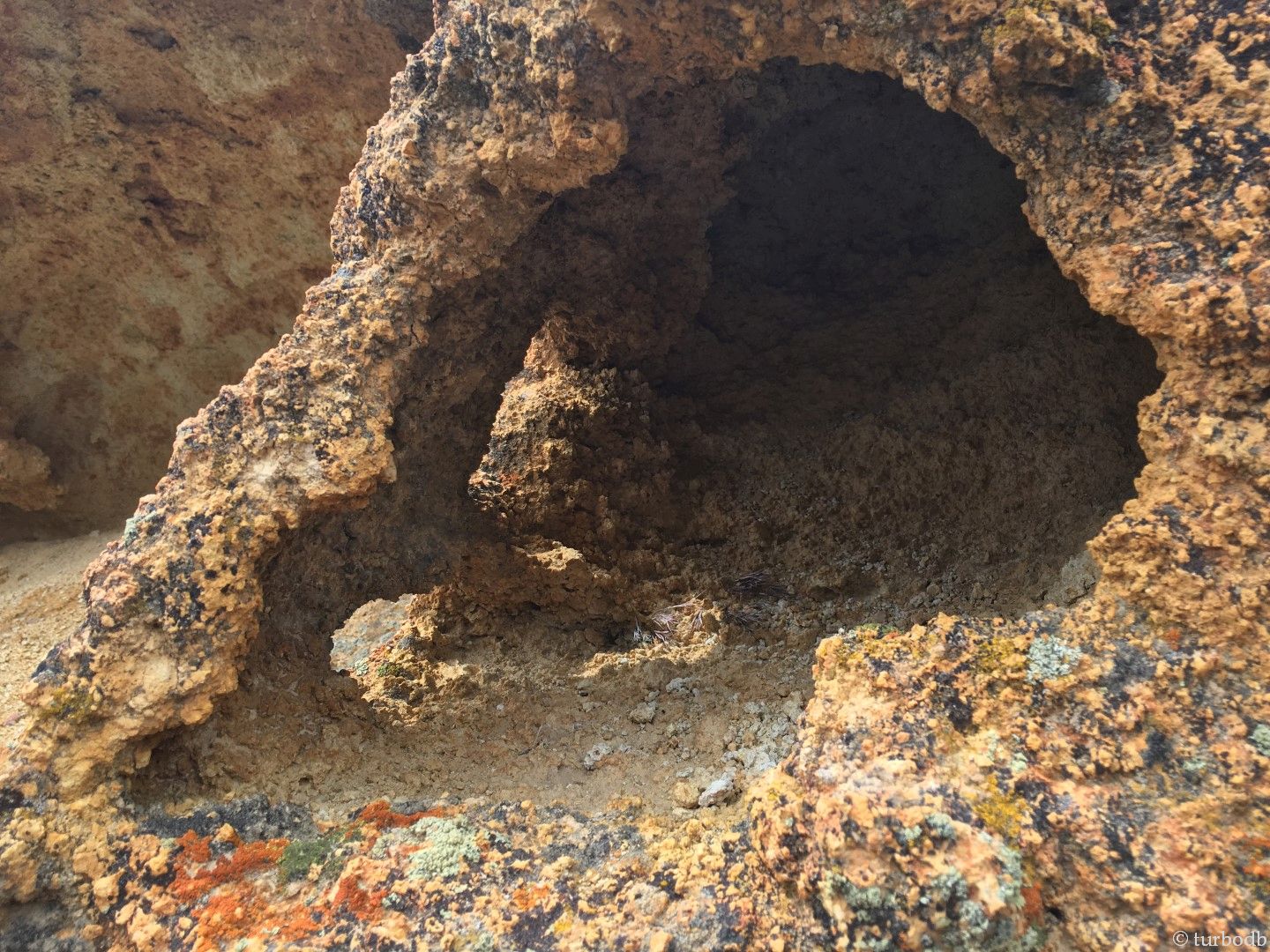 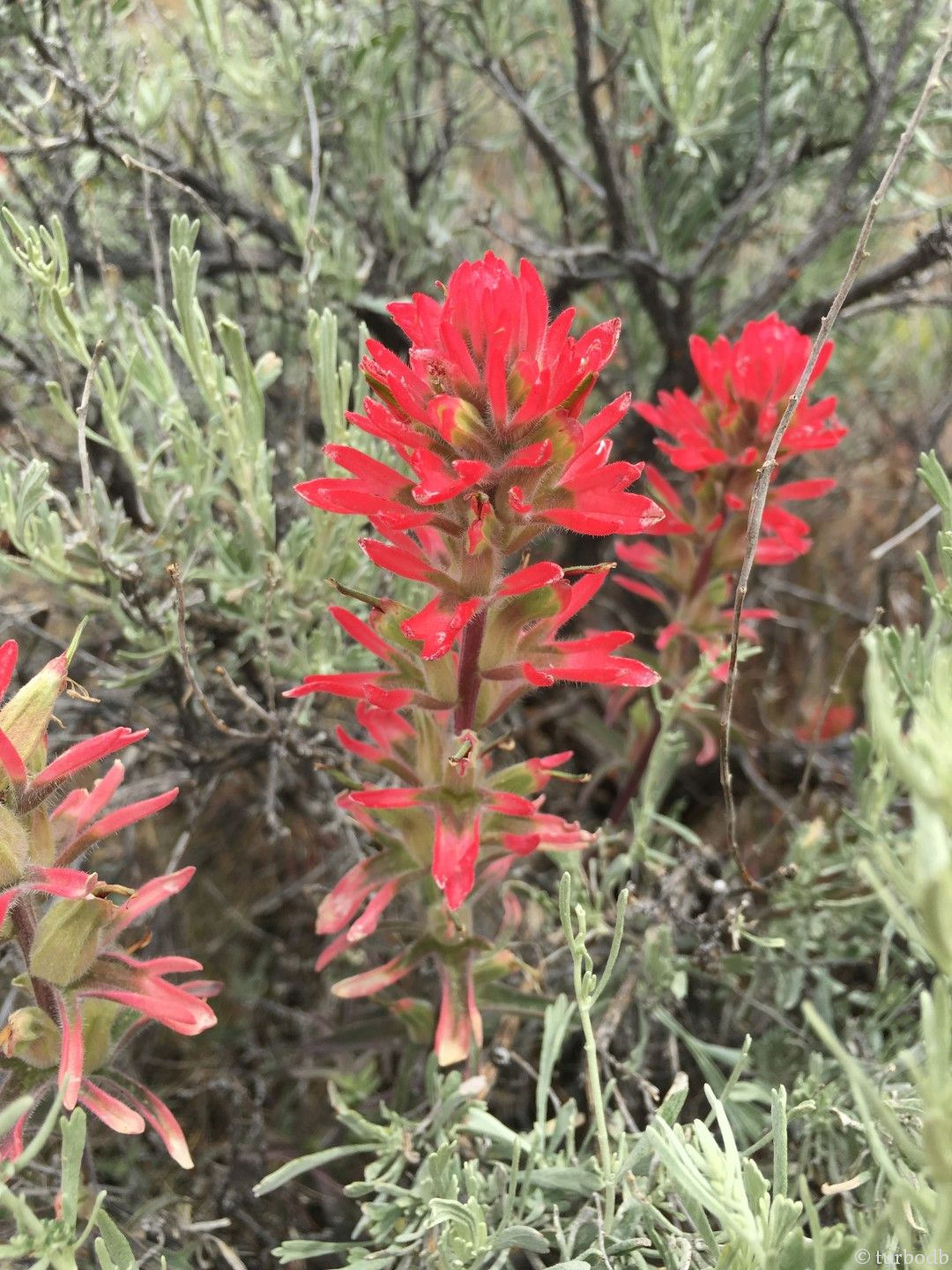 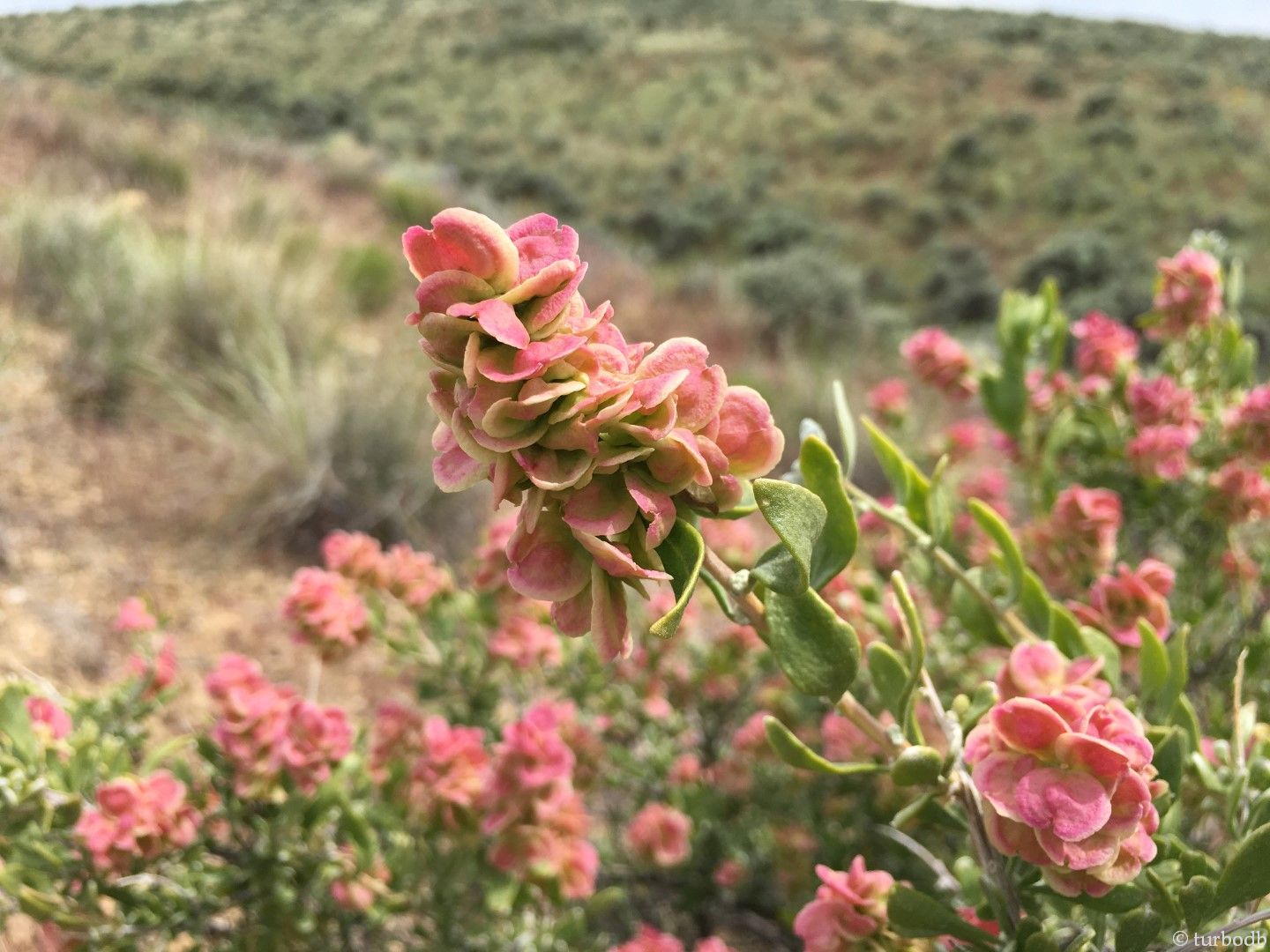 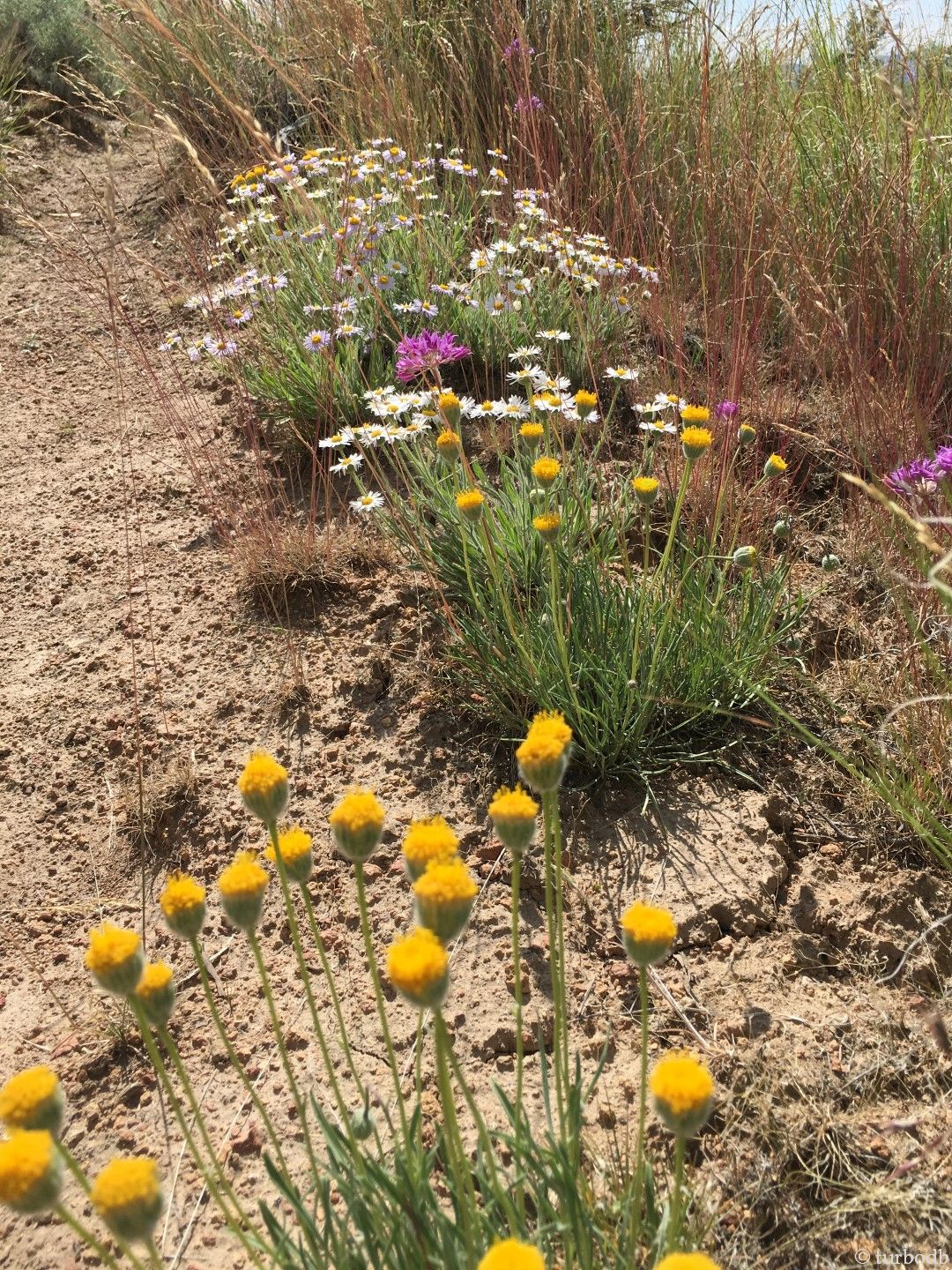 Back at the car a little after 5:30, we had a decision to make: Do we camp out here in the middle of nowhere, with amazing views of green valley's blowing in the breeze, or head north for a few hours to cut down on our trip back to Seattle the next day, and to enjoy some amazing hot springs we'd heard about from Camille, the 2016 Tacoma owner.

As much as we wanted the hot springs, we knew that the camping would be a much more "civilized" experience, and we weren't really up for the sound of generators late into the night. Plus, this:

So, we made our way up to the top of a ridge between two rock cliffs, and setup camp for the third and final night. It was a great choice, and was (again) the nicest place we'd stopped. 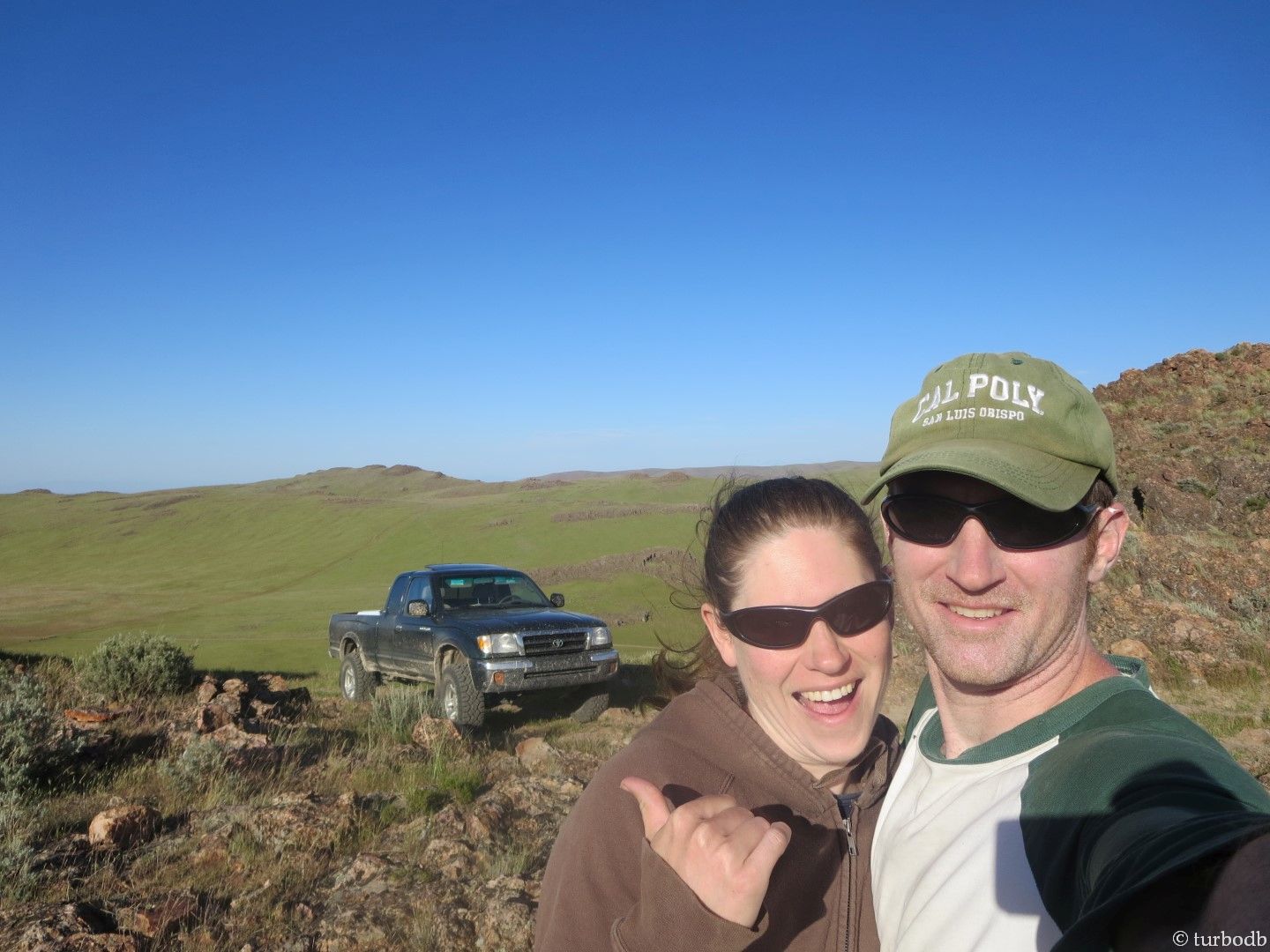 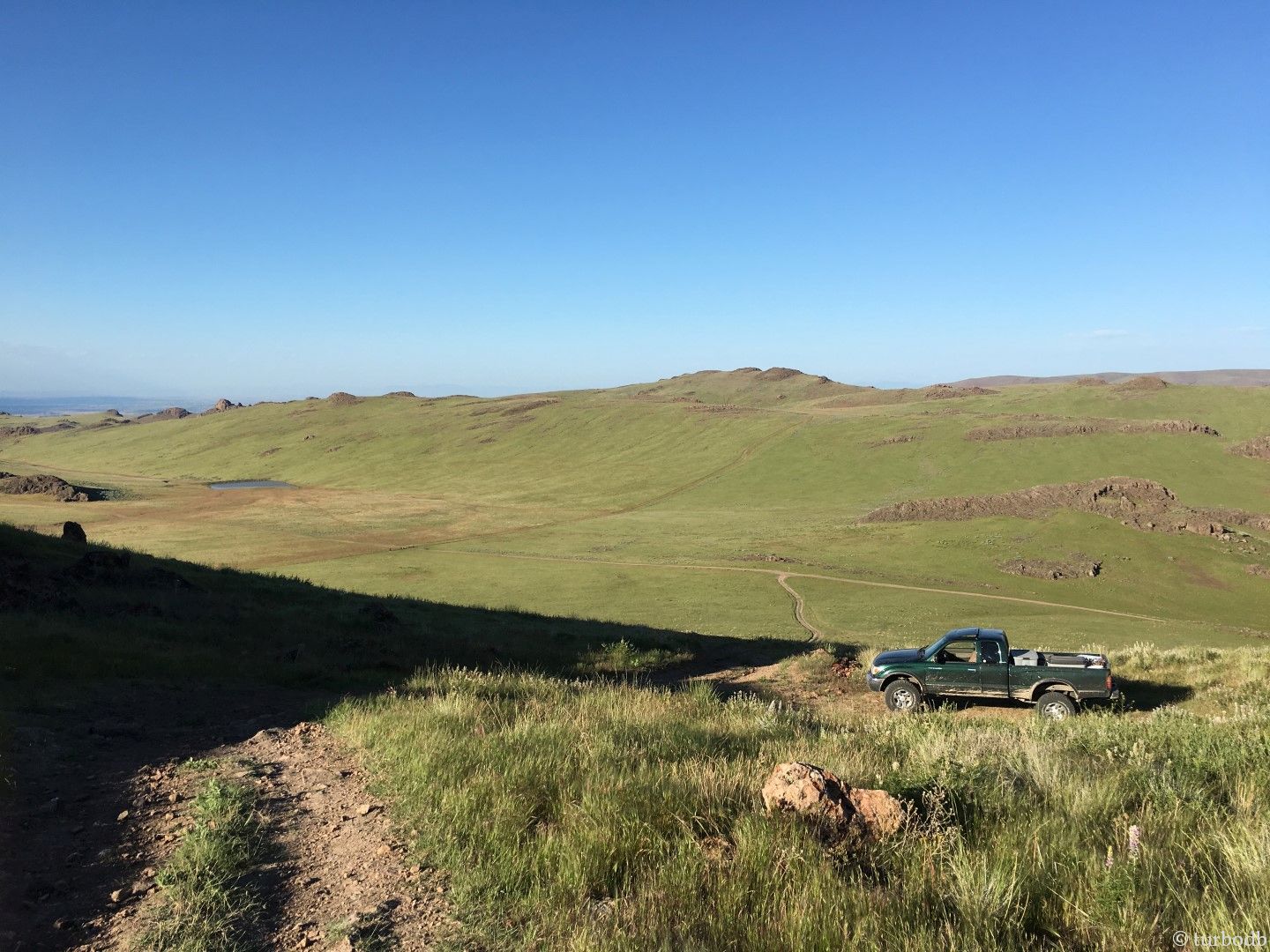 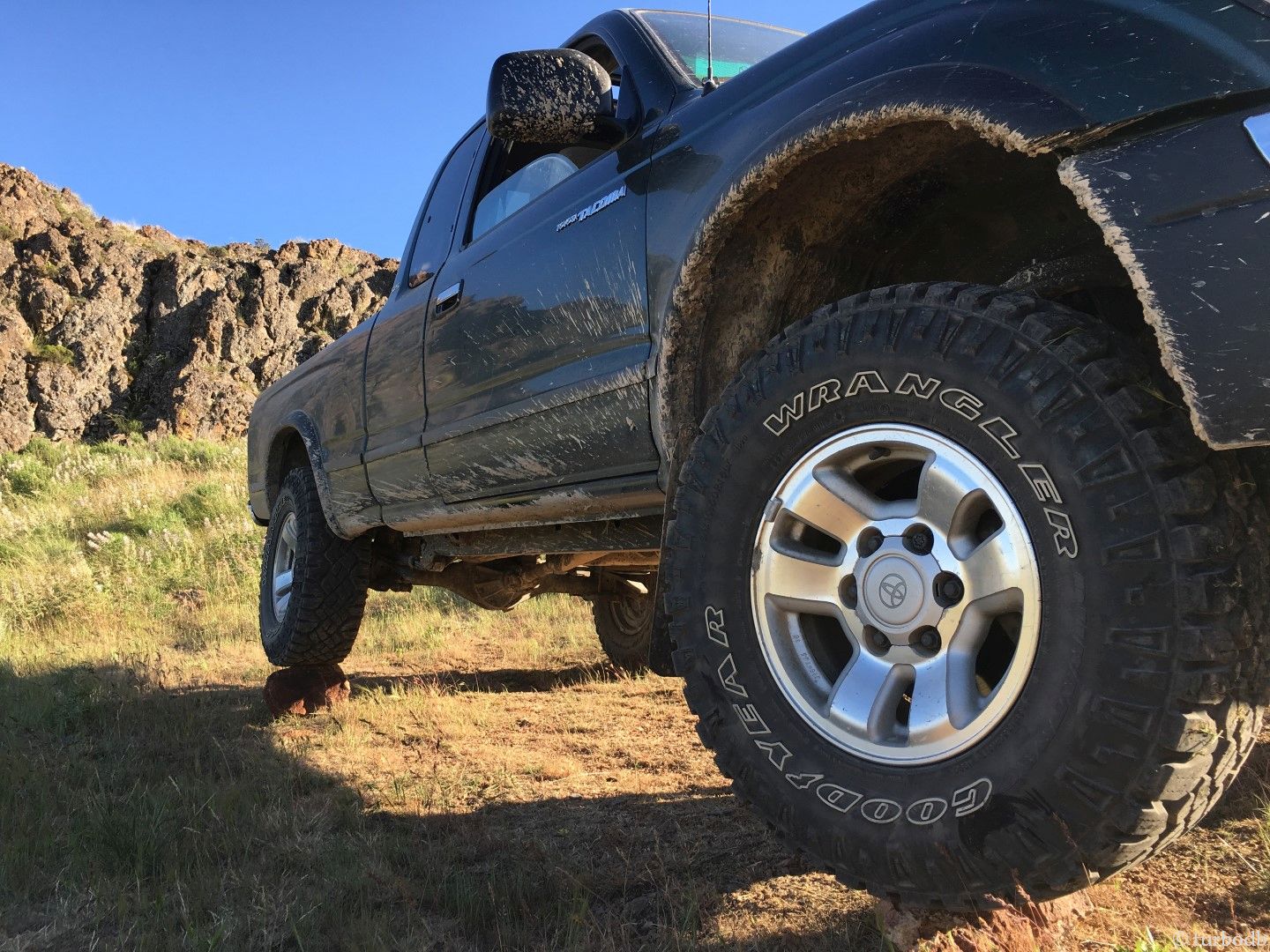 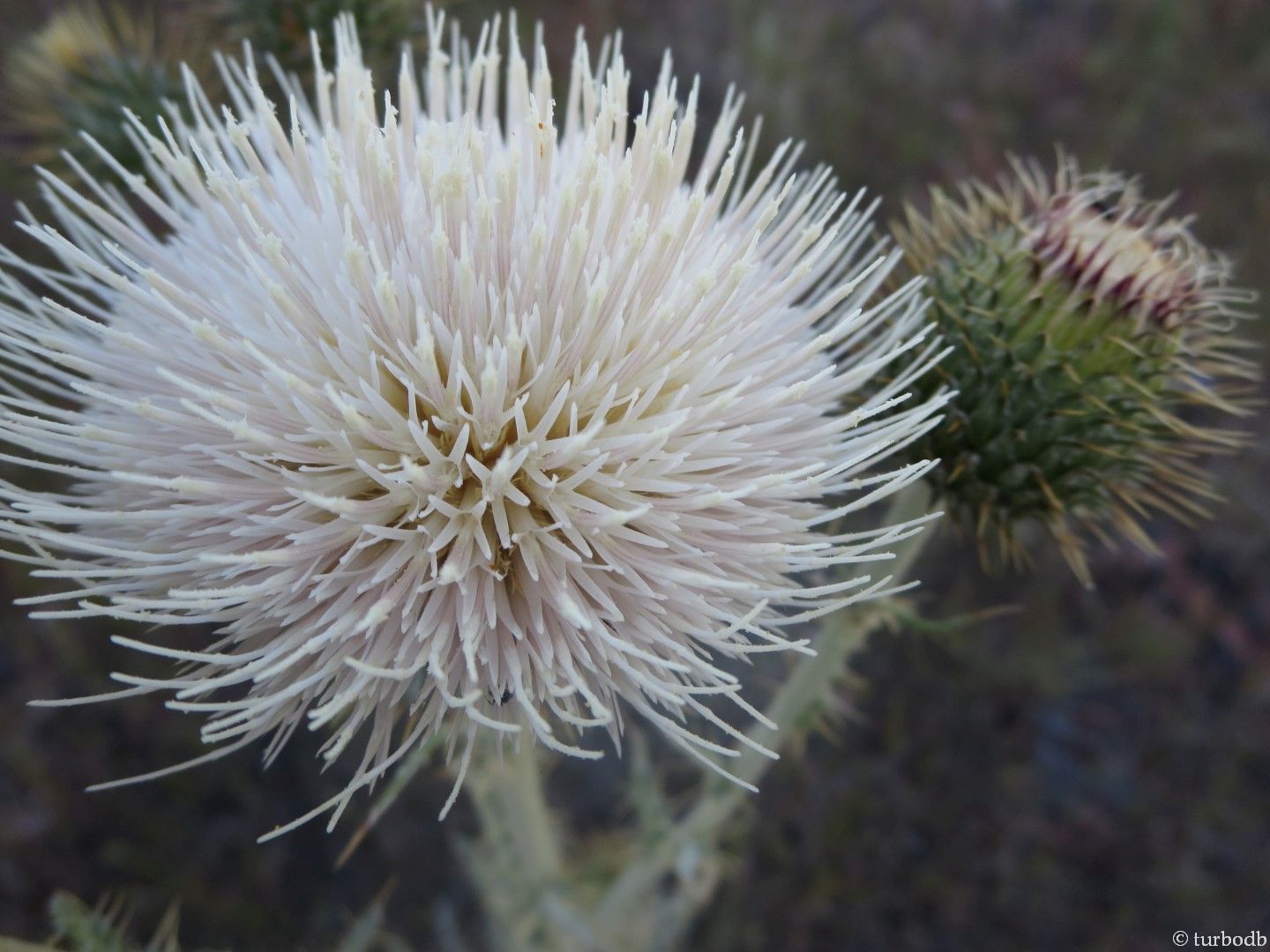 Dinner was simple - we'd mastered it the previous night. A package of hot dogs, an ear of corn, and veggies. We skipped the marshmallows. A rip-roaring fire at the top of the ridge, a washcloth "bath," and views of the sunset were all we needed before hitting the sack (under the stars) after a long day.

@mrs.turbodb was sure we could sleep in a bit the next morning, before we headed back home. 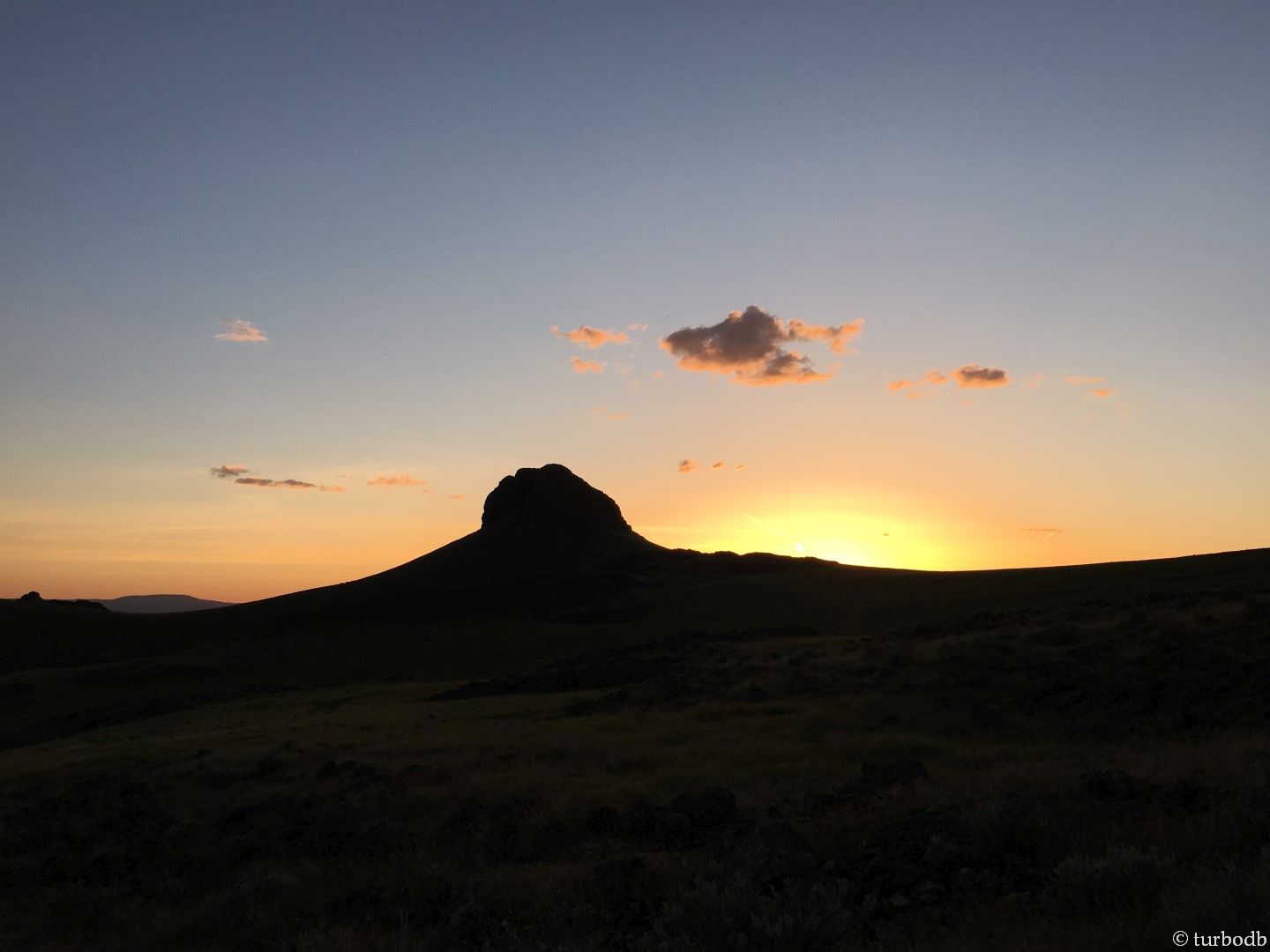 The next morning, sunrise was a mirror of sunset on the opposite side of the valley. At the top of the ridge, we had views in all directions, and they were again, amazing.

After the last of the cereal and blueberries, we packed up camp and were on the road by about 7:00. A few last looks back at our site, and 50 miles of 4WD roads were all that stood between us and a 10-hour drive home. 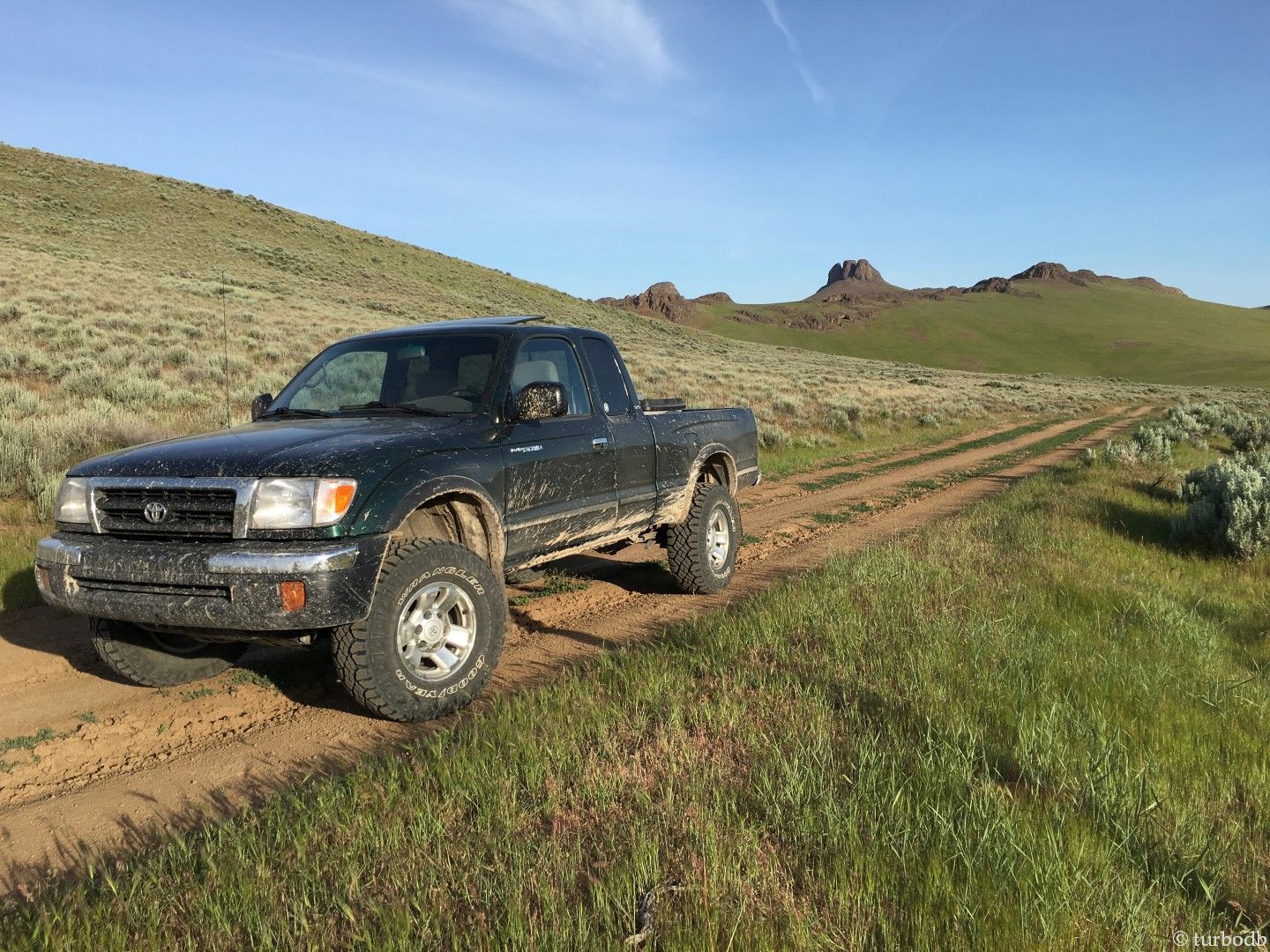 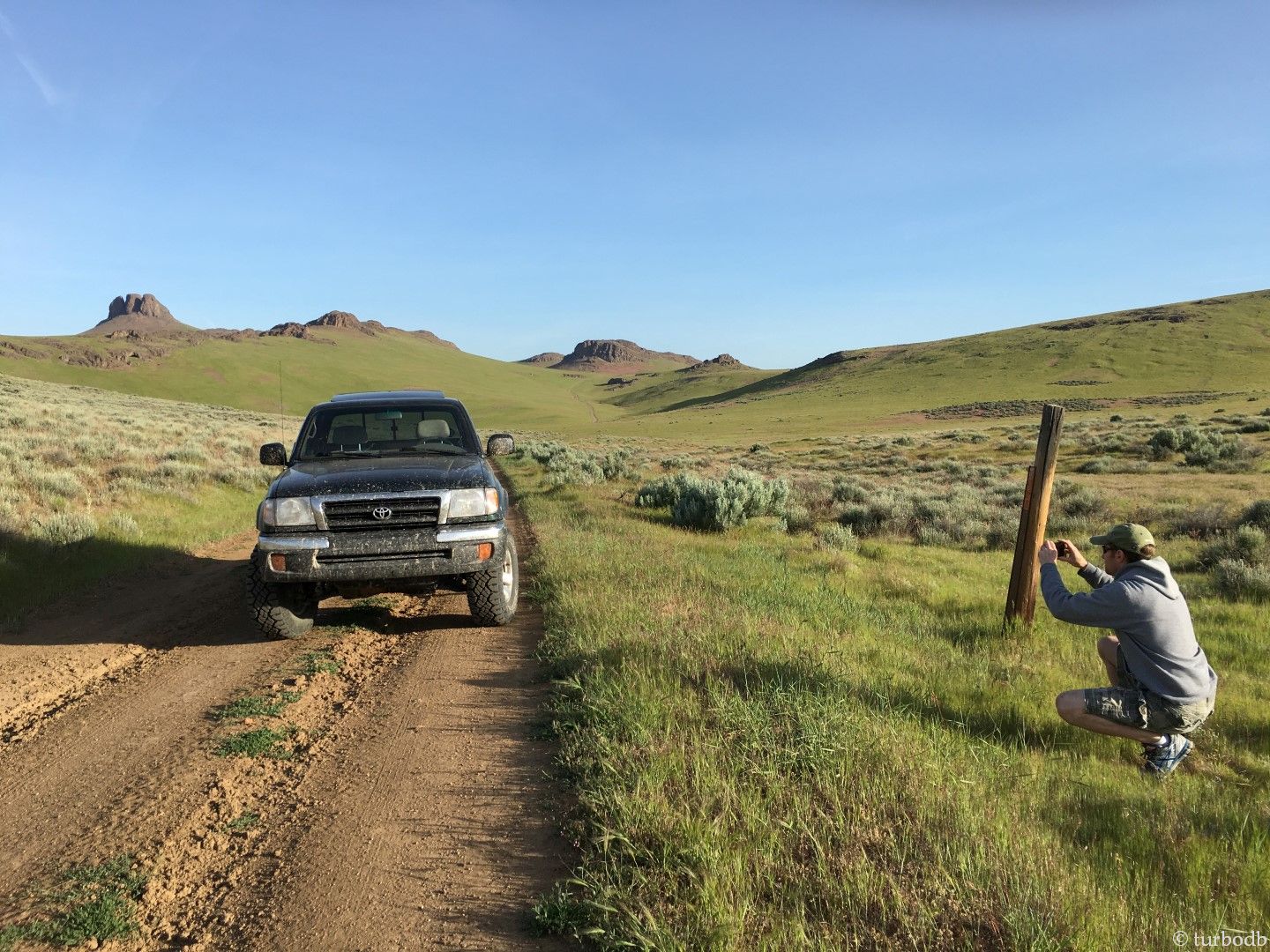 Who's that dope who keeps taking all these truck pictures?

The trip back was relatively uneventful. The engine light came back on (but everything seemed to be running smoothly (turned out to be an air filter, and thus air-fuel mixture issue) which wasn't awesome, but we made good time, stopped in Pendleton for a good lunch at Joe's Mexican (we're so predictable) and arrived home in time to wash the truck and mow the front lawn.

All in all, an awesome 4-day excursion to the Owyhee Canyonlands.

Oh, and on the way back, we happened across the Snake River Crossing of the Oregon Trail, where we fixed the American flag (on Memorial Day) with the help of ... the truck. 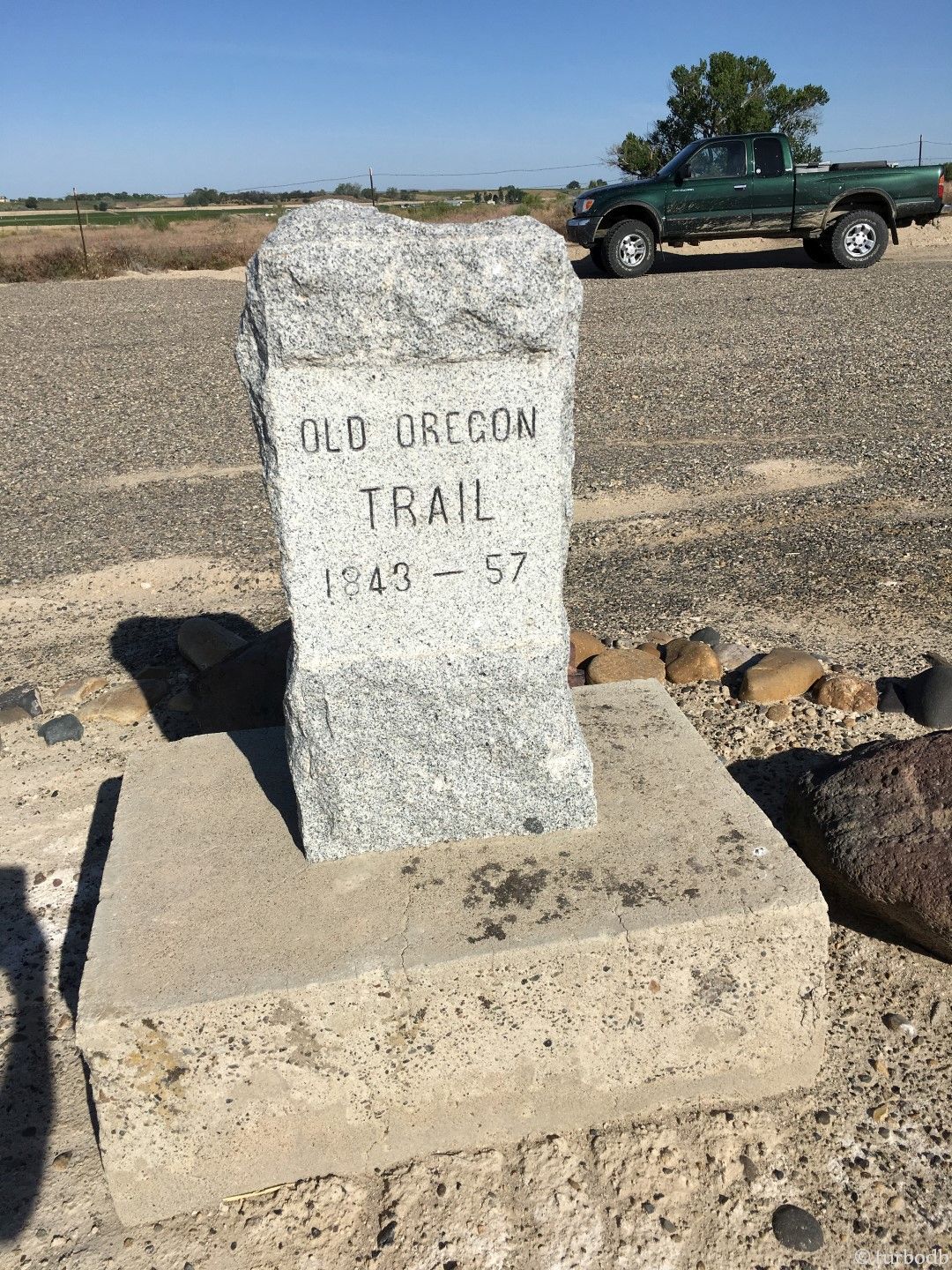 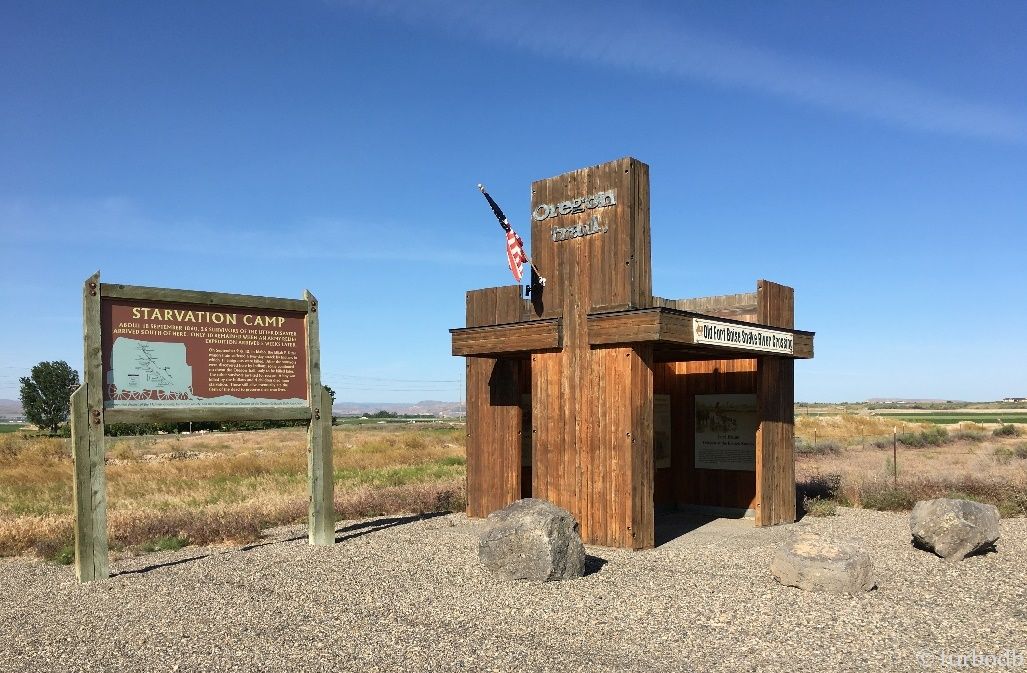 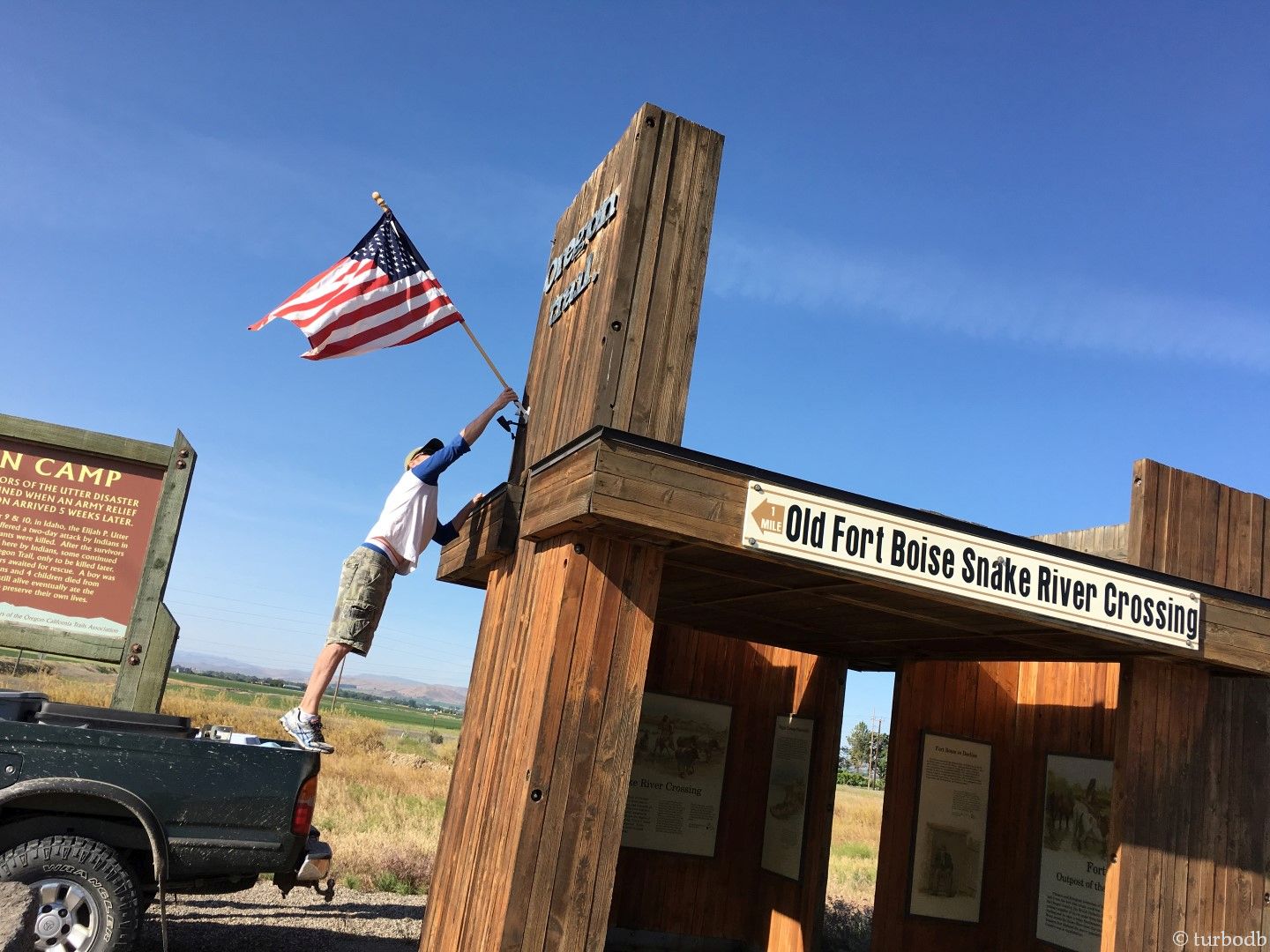