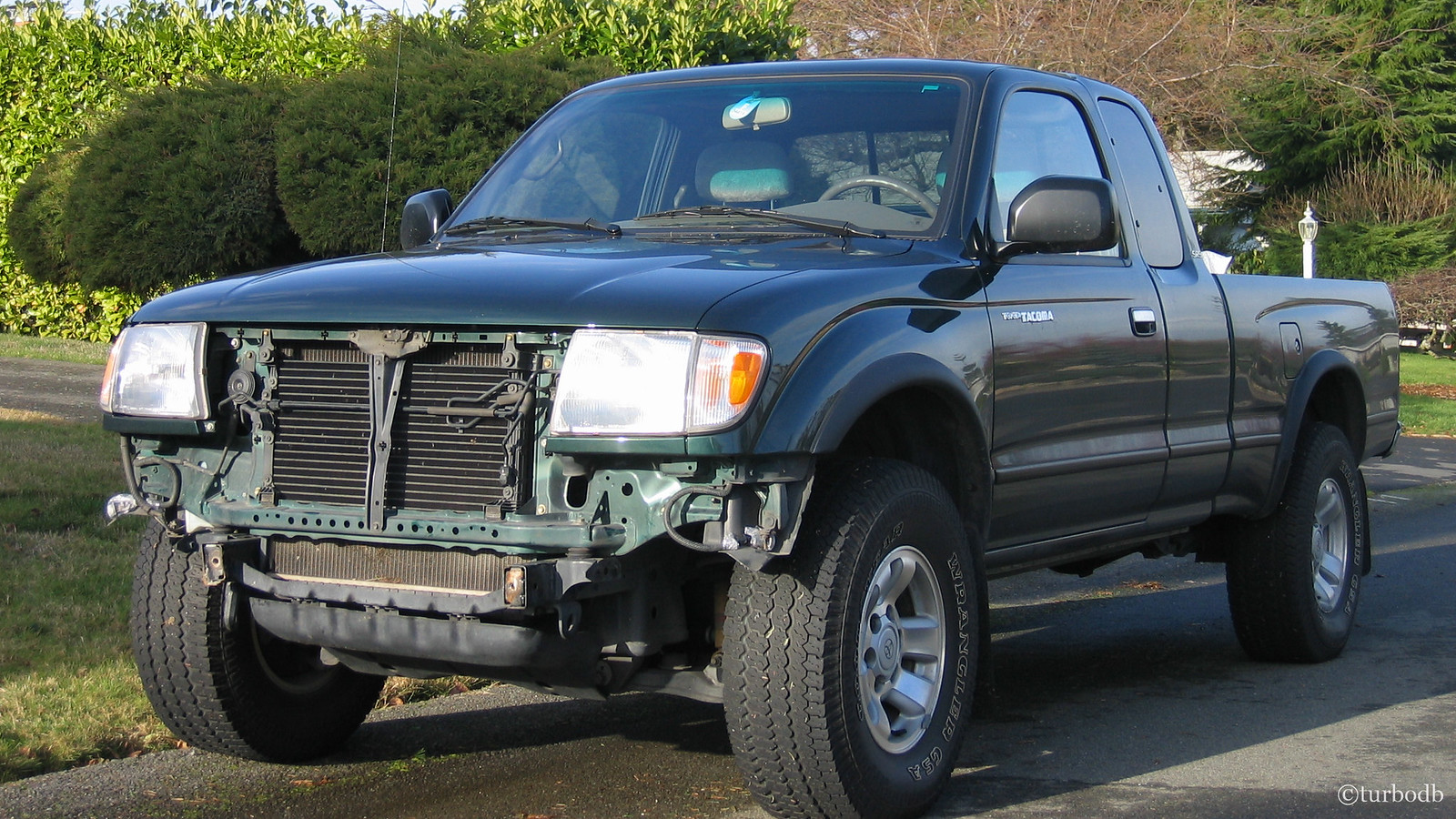 Donuts on the freeway - time for a new bumper

It's snowing! The truck loves snow. Snow means pulling people out of ditches, driving on roads that are impassable by cars, and having an all-around good time. One night I headed over to pick up Gina from school (the buses had stopped running) and the unthinkable happened. Getting off the Montlake exit in Seattle, the car in front of me slammed on it's brakes. I did the same, and started to fishtail. Already going slowly, it didn't take long (time or distance) to come to a stop, but just as the truck came to a rest, the font bumper grazed the guard rail on the side of the exit. Dang. Luckily, nothing else was damaged, including the various inserts/pieces in the plastic bumper itself. 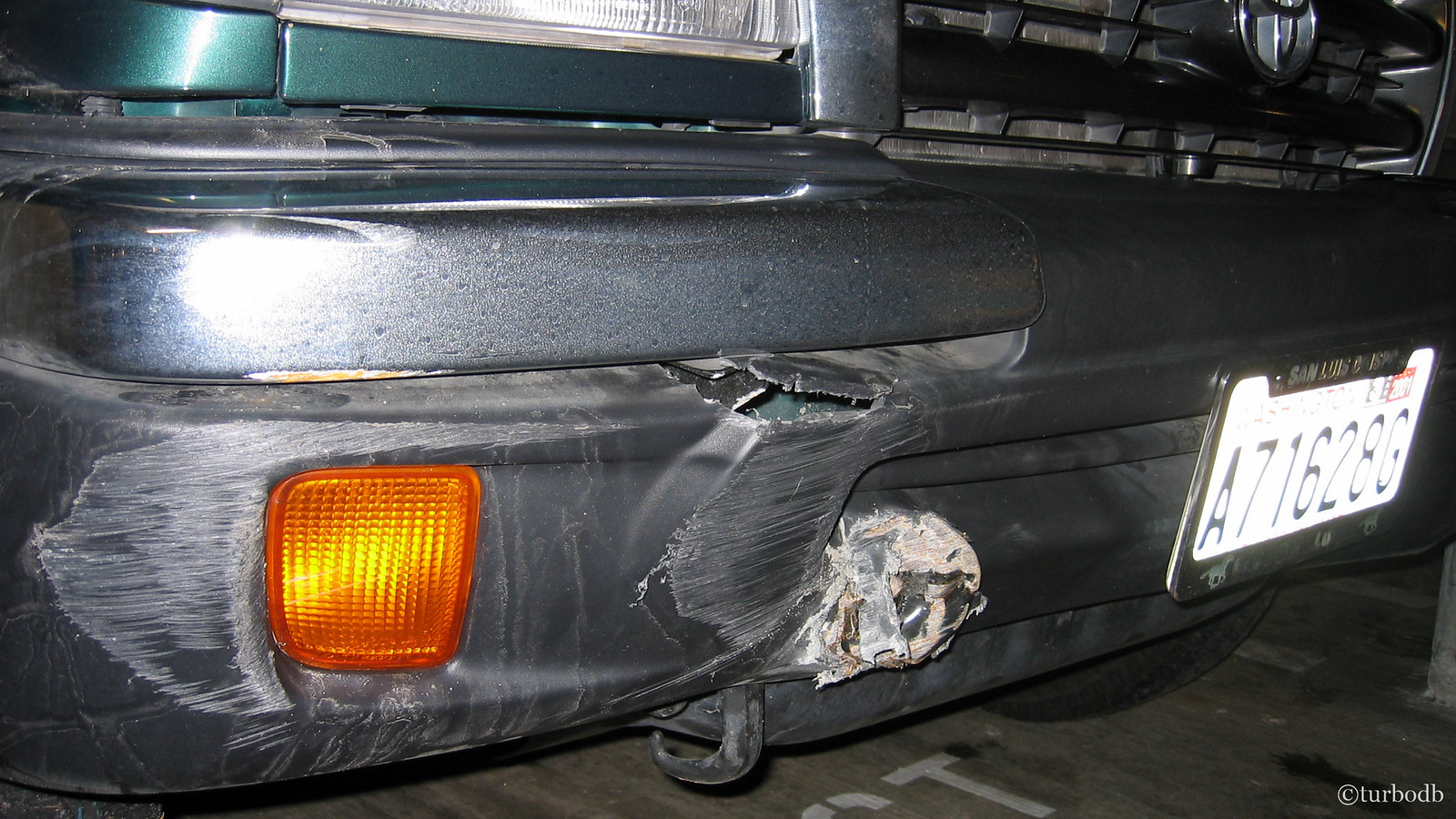 The first real repair I had to make to the truck, I realized that OEM parts are not cheap. A new plastic bumper was $550. I sucked it up and in 45 minutes had the old bumper off and the new one on - no big thing.

[2016: Little did I know that I'd see the truck looking mean and bumper-less nearly a decade later!] 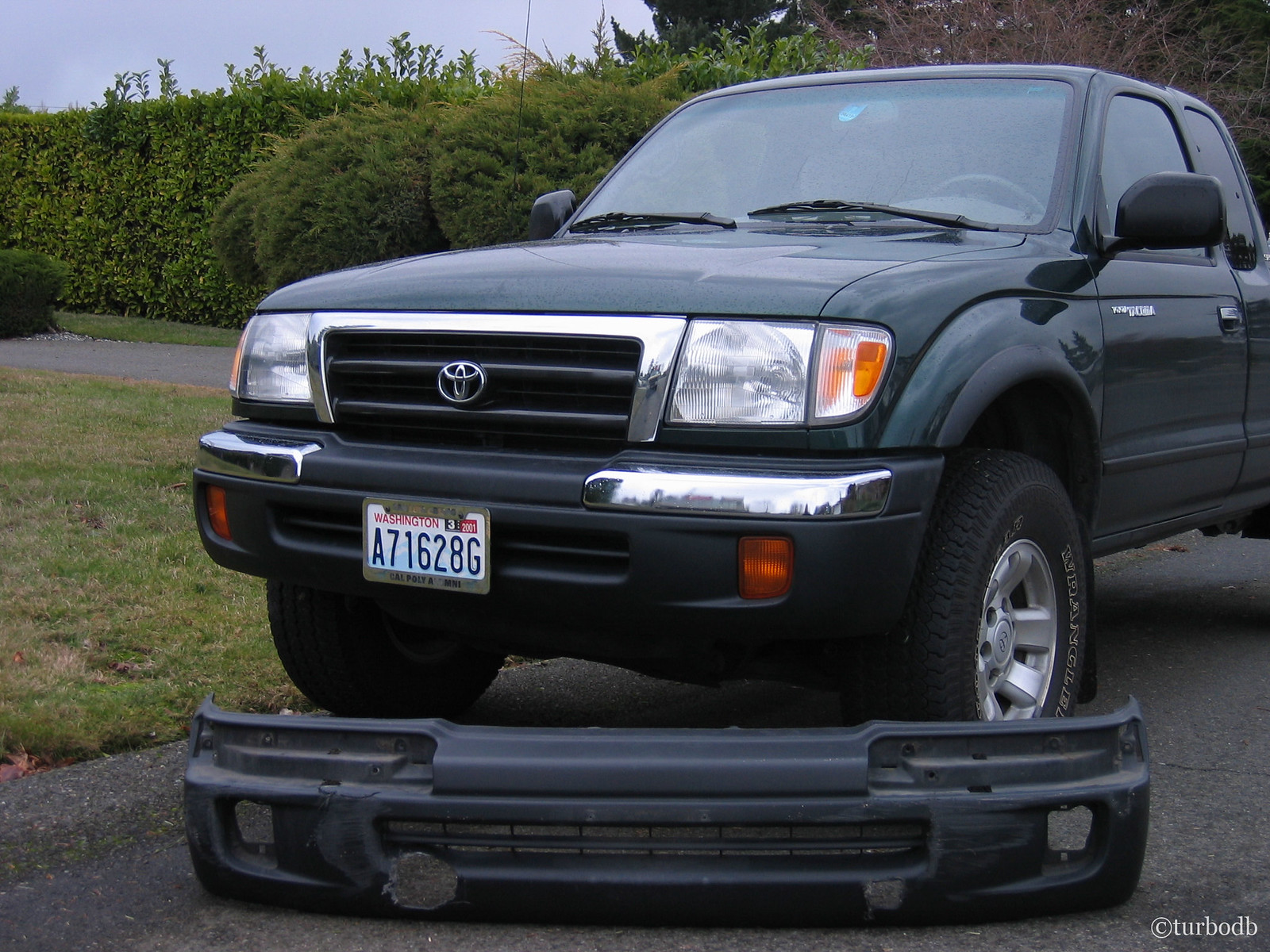