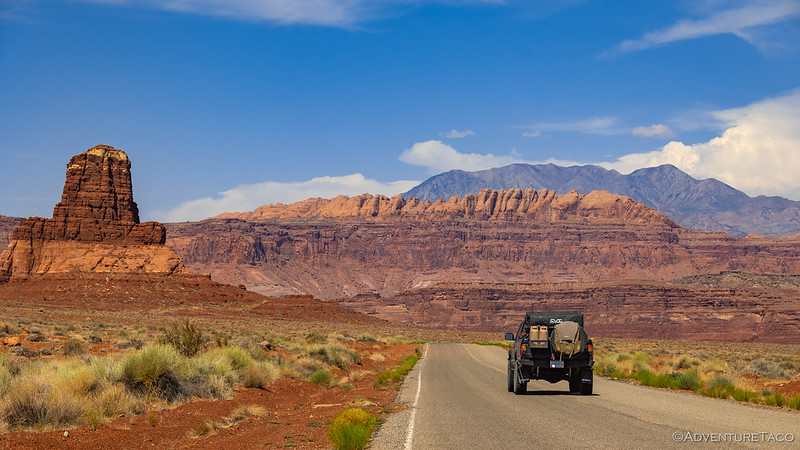 With 22 hours of driving in front of us, we decided that rather than our usual sprint home, we'd split the time over two days. That meant we could sleep in a bit before climbing out of the tent, and also that we could stop a few times along the way so I could show @mrs.turbodb a few things I'd thought were cool on previous trips. 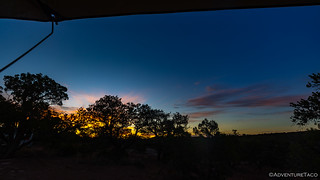 I awoke only for enough time to snap a photo without changing my horizontal position.

After eating breakfast and packing up camp, we headed north on UT-261 to Natural Bridges National Monument. I'd visited and hiked the loop trail on the Ruining Around Utah trip that Monte @Blackdawg had organized a couple years earlier, and I thought that getting just a taste - of Owachomo Bridge - was a worthy stop on our way home.

The trail to Owachomo is less than half a mile, but there's quite a bit of elevation loss (and subsequent gain on the way back up). We could definitely tell that we'd used our legs the day before. 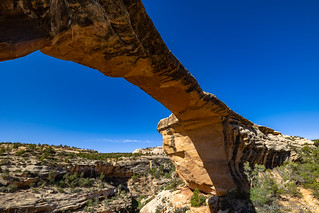 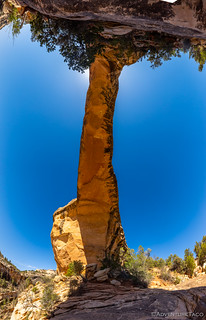 And then I thought I'd try something new.

From Natural Bridges, we jumped back on UT-95 and headed north. This route would take us to Hanksville where we'd fuel up before making the push to - and through - Salt Lake City, but first it would see us across the Colorado River near Hite.

As we neared Hite, the red sandstone was nicely framed by the Henry Mountains, and we pulled over for a quick shot at the top of a rise. 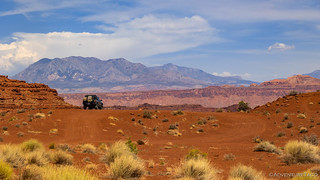 The only time @mrs.turbodb had been in the area prior to this was several years earlier when we'd visited with Ben @m3bassman and Zane @Speedytech7 on our first trip to The Maze. We'd never made it as far south as Hite, but she'd heard talk of the outpost, so we ventured in and I gave her a tour of the place; which is to say, she saw the gas station. 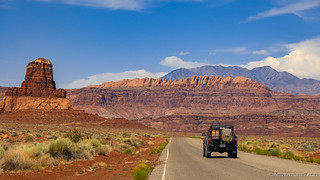 There isn't much to Hite except nice views. And shockingly reasonably priced fuel.

Continuing north, our final stop before really pushing north was at an alcove along UT-95. There's an amazing multicolored pictograph of a life-sized shaman here, and I wanted to recreate a photo I'd take of Monte on our last trip through.

Hiking up into the alcove, we discovered more than I remembered from my previous visit. Several more modern names were etched into the sandstone, older sheep petroglyphs - repatinaed over the years, and even some petrified water ripples decorated the walls. 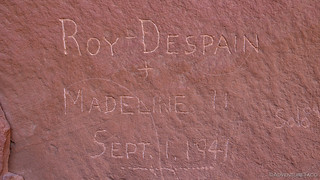 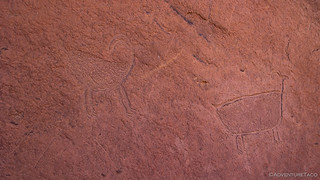 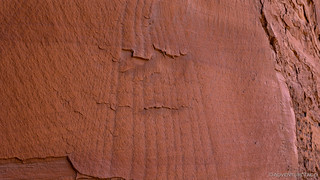 Petrified ripples, likely the result of an ancient lake that once covered this area.

And then, it was time for the final photo of the trip. 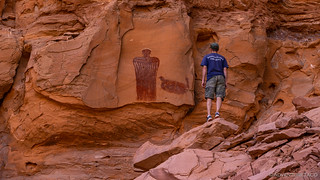 We'd had a great time by any measure. We'd continue on to Oregon before stopping for the night, making the final push home the following day. We'd hiked more than 40 miles in three days, and we'd spend the next week paying for it!

But that week has passed, and I must admit a certain itch to go back...

Make it a Loop (Bullet to Sheiks Canyons) - Cedar Mesa #3