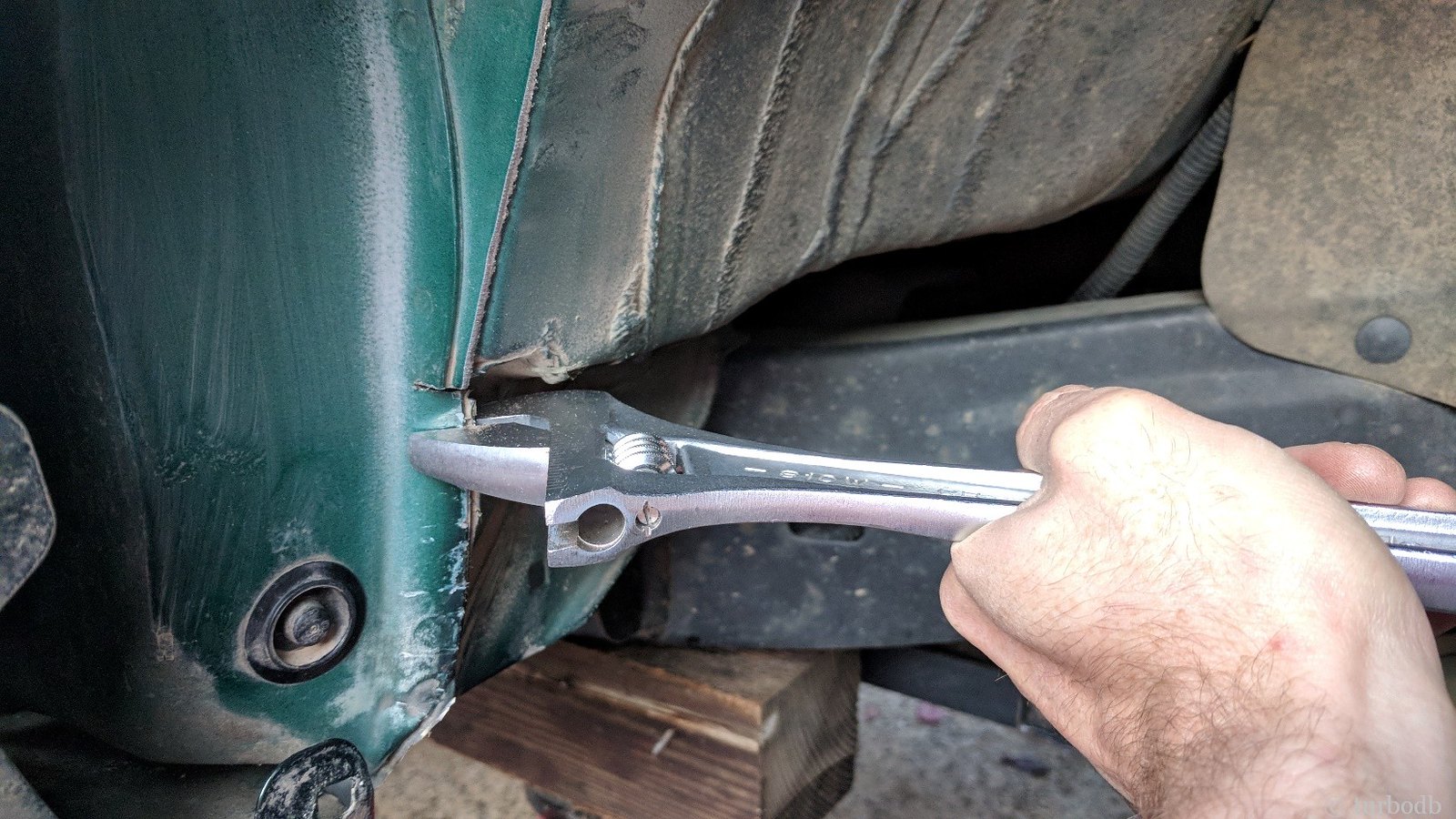 Having recently installed bigger-than-stock tires, it was of course clear that I needed to do something to get them to fit up front, even before I get my new wheels installed...

I mean, they didn't rub when driving on perfectly level ground which was nice, but pair a turn with some articulation of the front suspension and I had a bit of rubbing (just discernible on the bottom of the plastic) in the rear of the wheel well (like everyone). 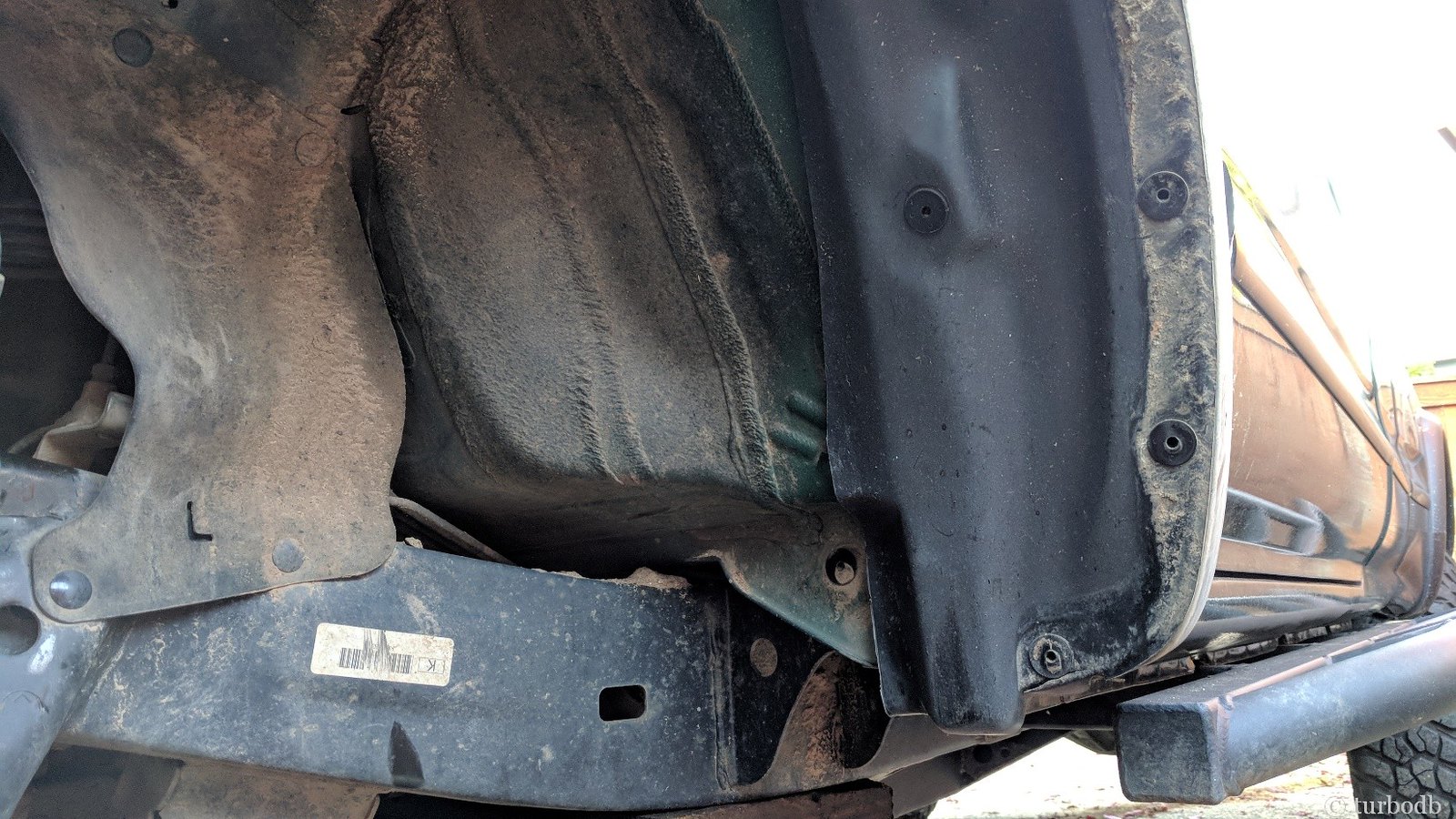 The "normal" solution is to cut out the rear of the fender liner and bash down the pinch weld, giving another 1-inch or so clearance for the tire. I was going to do just that with a twist - instead of cutting out the plastic fender liner, I'd reshape it once the pinch weld was gone, so that it'd continue to protect the wheel well.
At least, that's the hope. :fingerscrossed:

First things first - I had to take off the fender flare and plastic liner - always a bit of a pain due to the plastic grommets. This time, 1 of the 16 or grommets actually came out unscathed - a rousing success if I ever saw one! 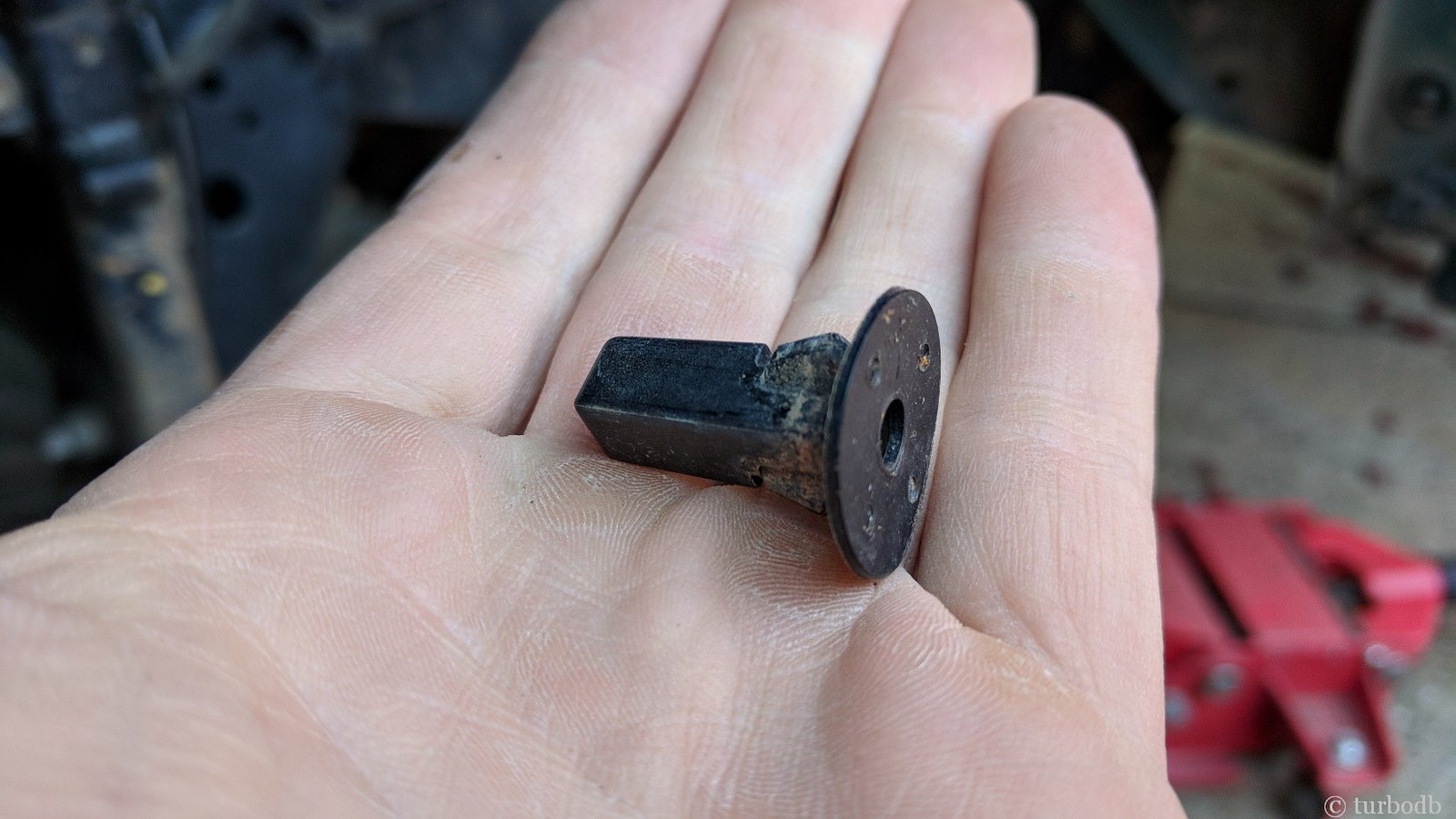 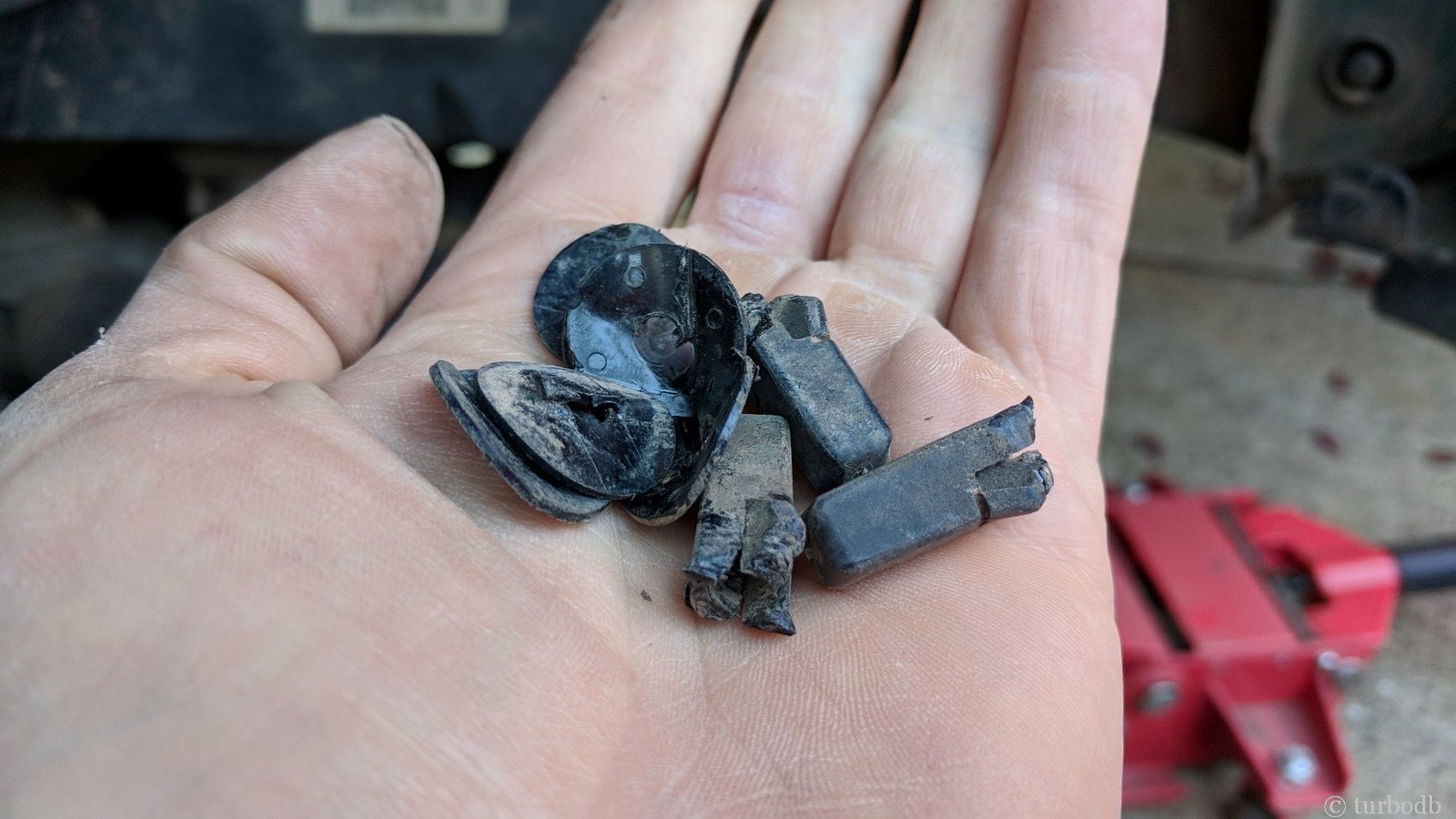 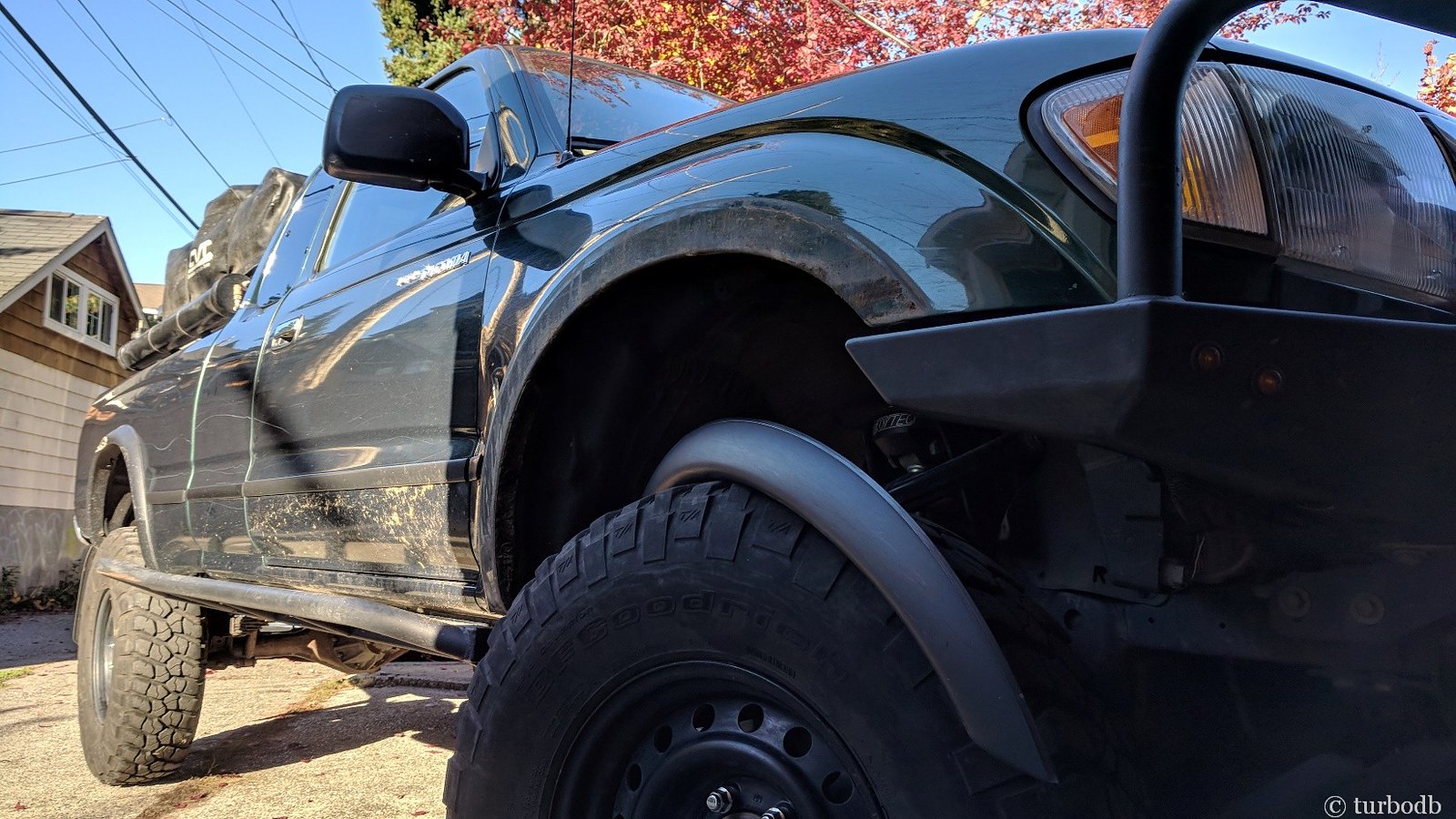 Next, it was time to take a look at the pinch weld and come up with a plan. I'd grind down the first four inches of the weld from the tab near the center of this picture, and then bend the rest of the weld towards the engine compartment. 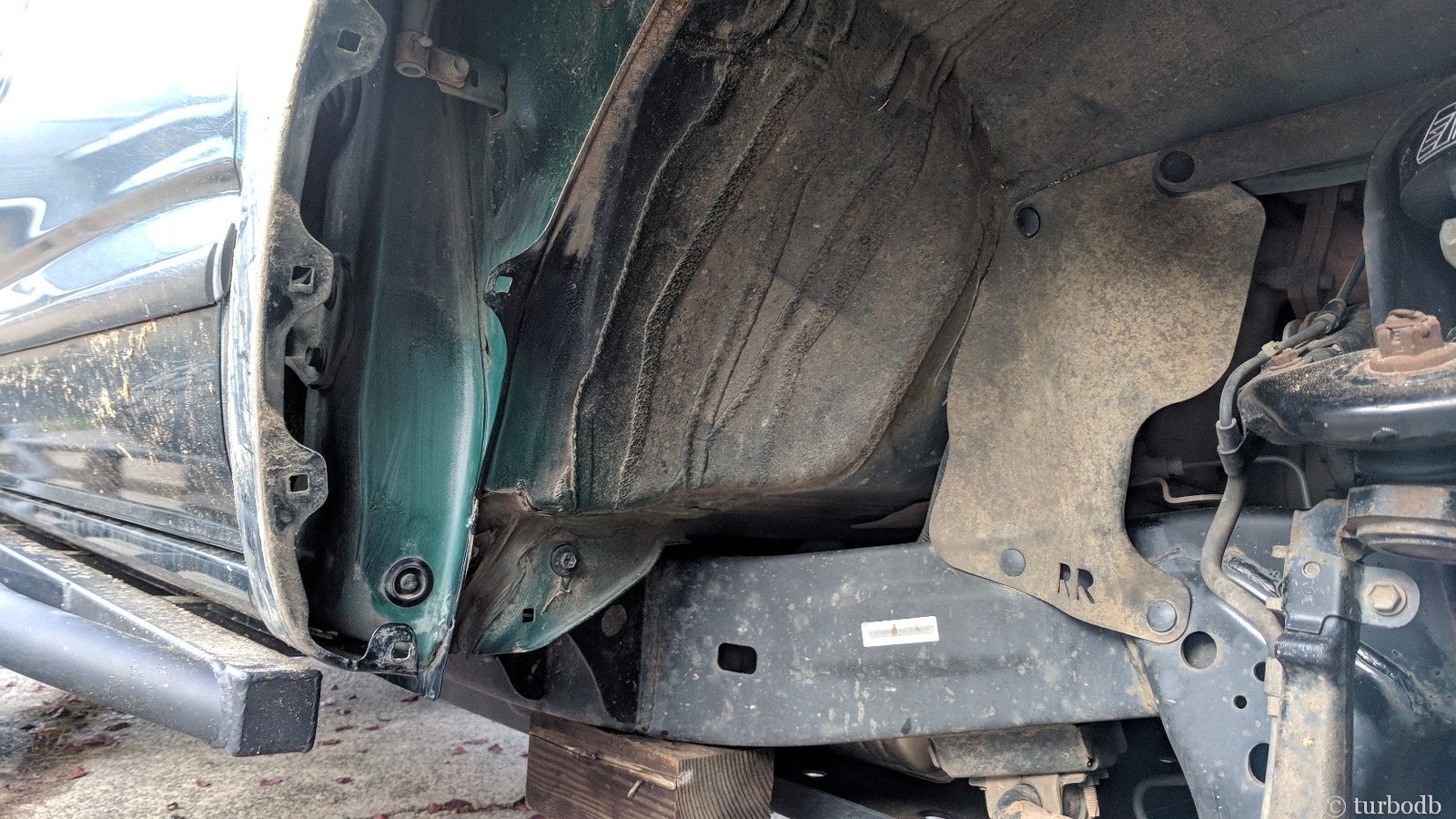 The grinding went smoothly, and while I had the grinder out, I cut the pinch weld where I'd bend it inward. 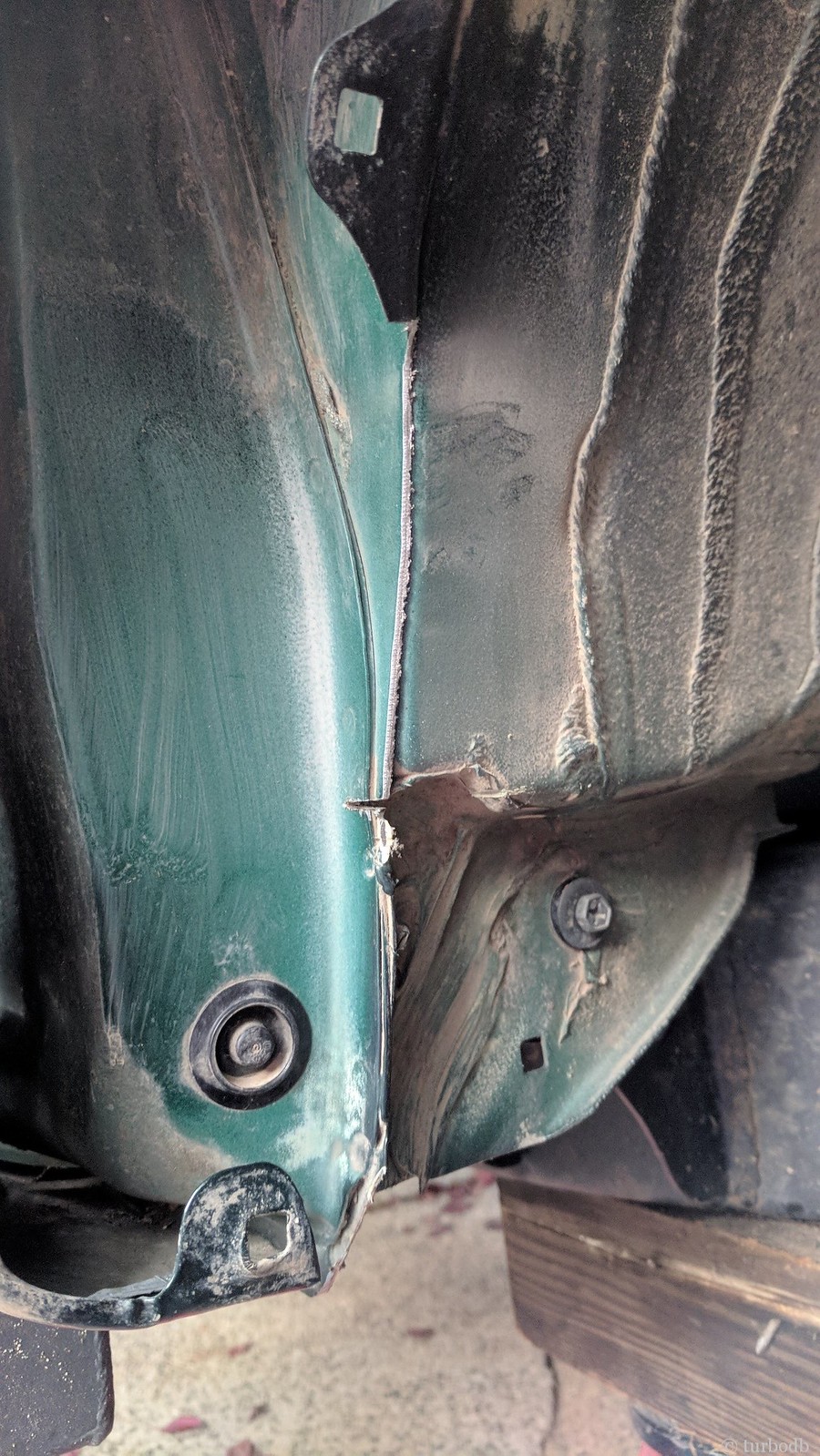 A crescent wrench works well to start the pinch weld bend, and then it's hammer-bashing time. I've only ever bashed one other thing on the truck (to make room in the engine compartment for my compressor), so this bashing was very uncomfortable for me.

In the end though, it came out just fine, but of course in the process of grinding and bashing and bending metal, much of the paint came off. So, I cleaned it off with some alcohol and hit it with a couple coats of Rustoleum Undercoating to button it all back up. 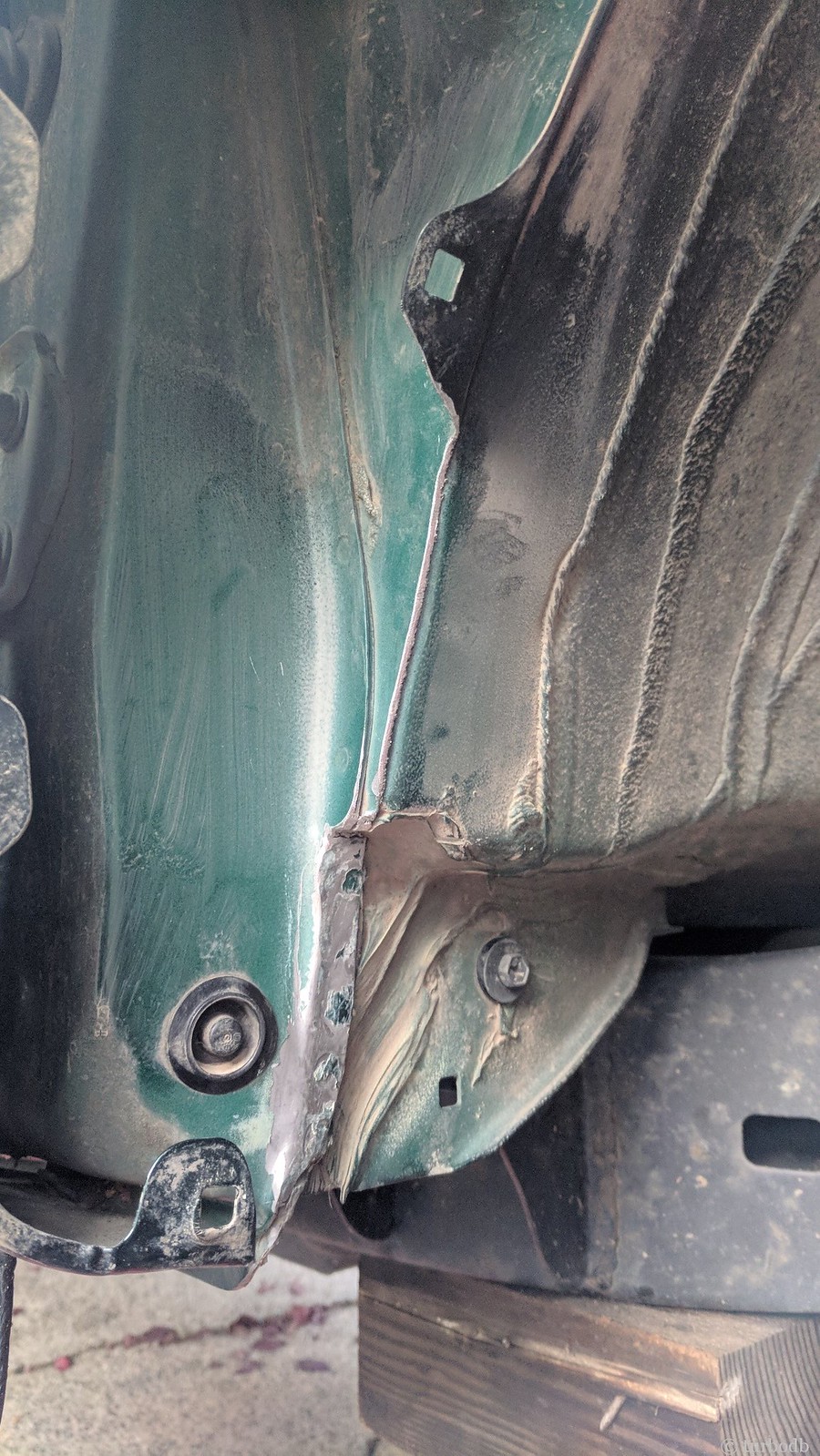 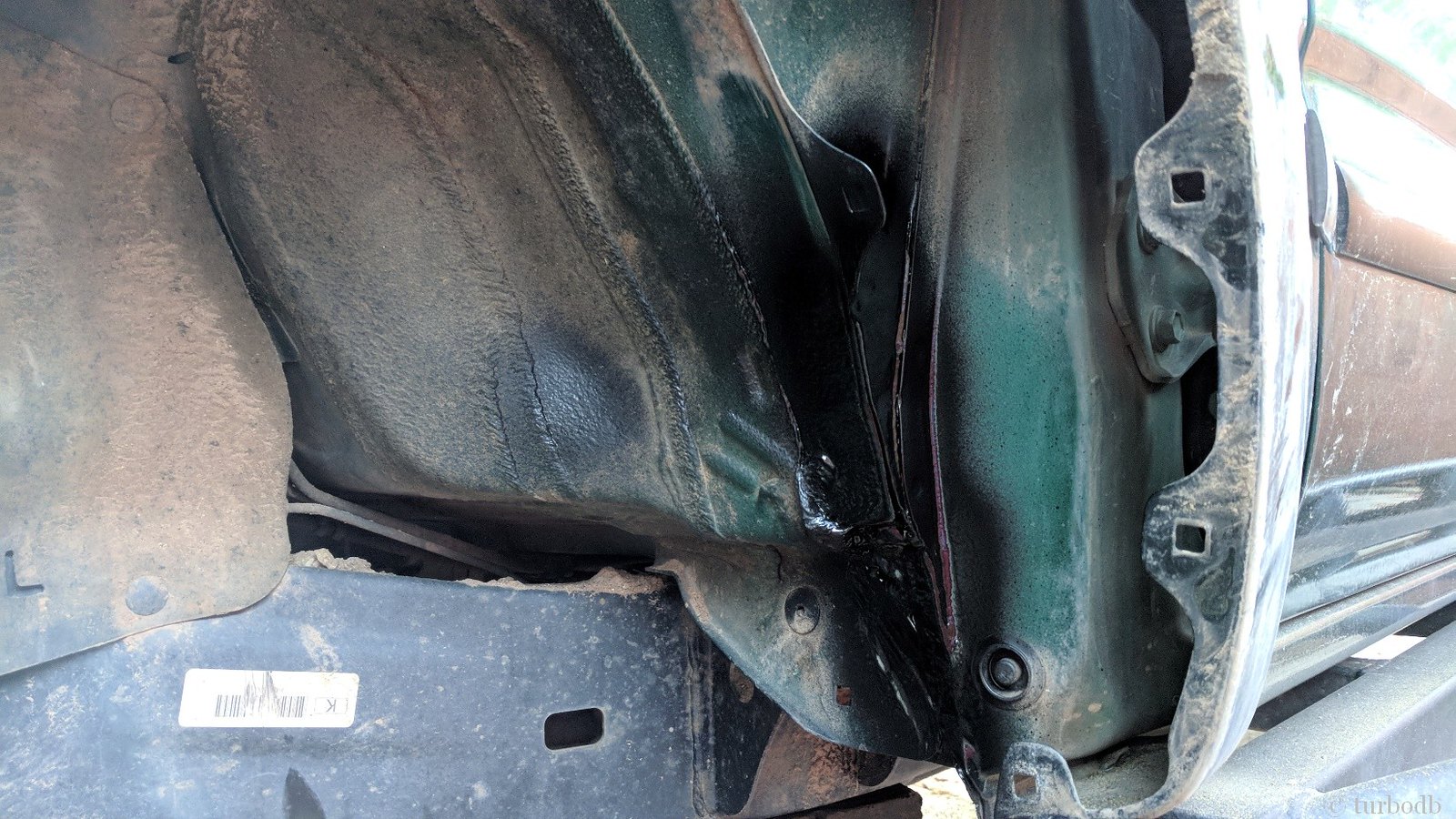 Having not thought ahead, I ordered some grommets and proceeded to wait two weeks to re-install until they arrived from China. I saved a few cents but would recommend purchasing the OEM part - 90189-06028 instead, both timing-wise, and because the ones that I got were slightly shorter than OEM.

With the grommets in hand, I reinstalled the fender liners and got to work with the heat gun on the liner. This worked amazingly well - in that it heated and made the plastic pliable without melting it - and in conjunction with a welding glove to protect my hand, I was able to form the liner around the modified pinch weld - saving 1-1½ inches in the process! 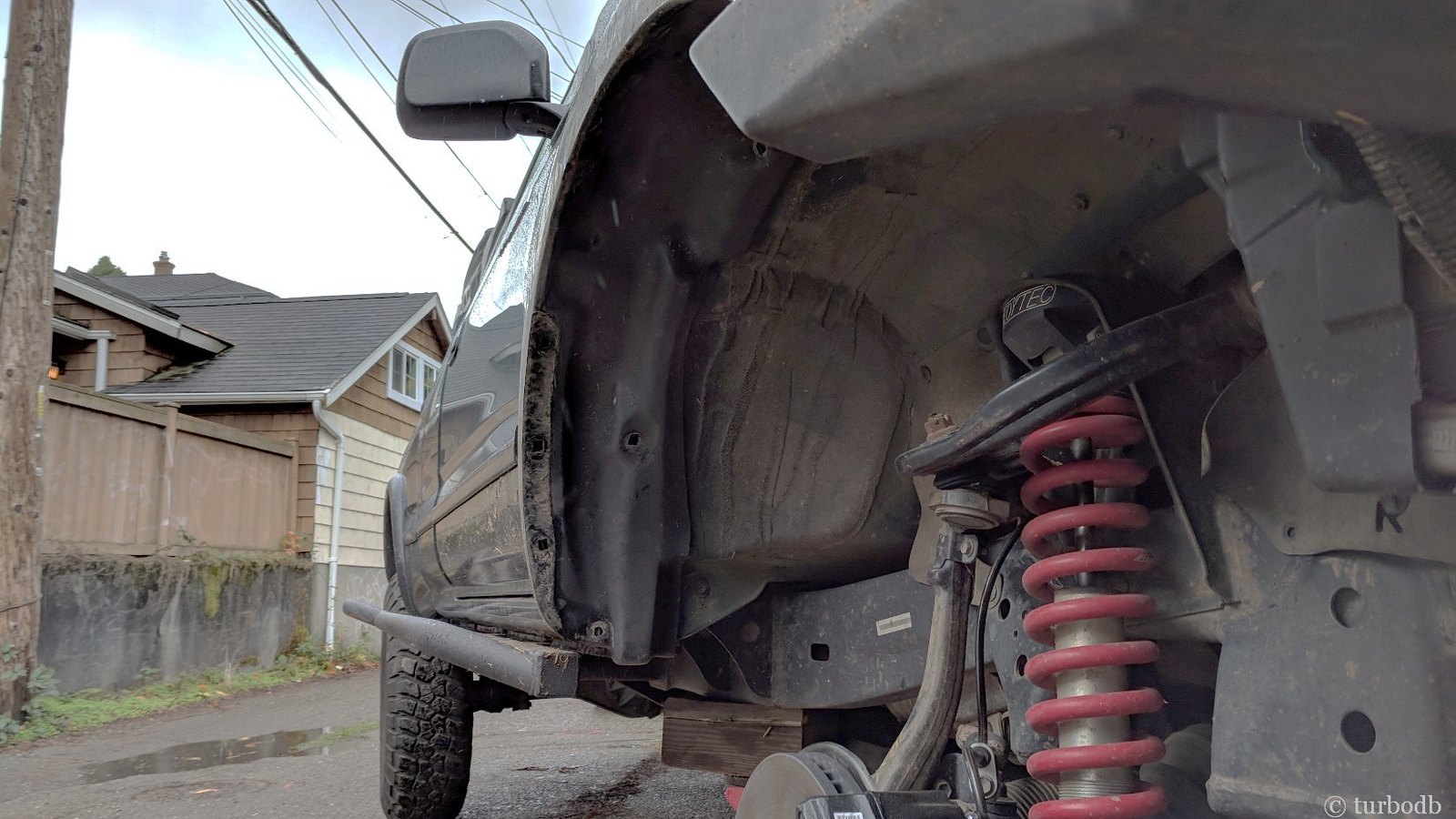 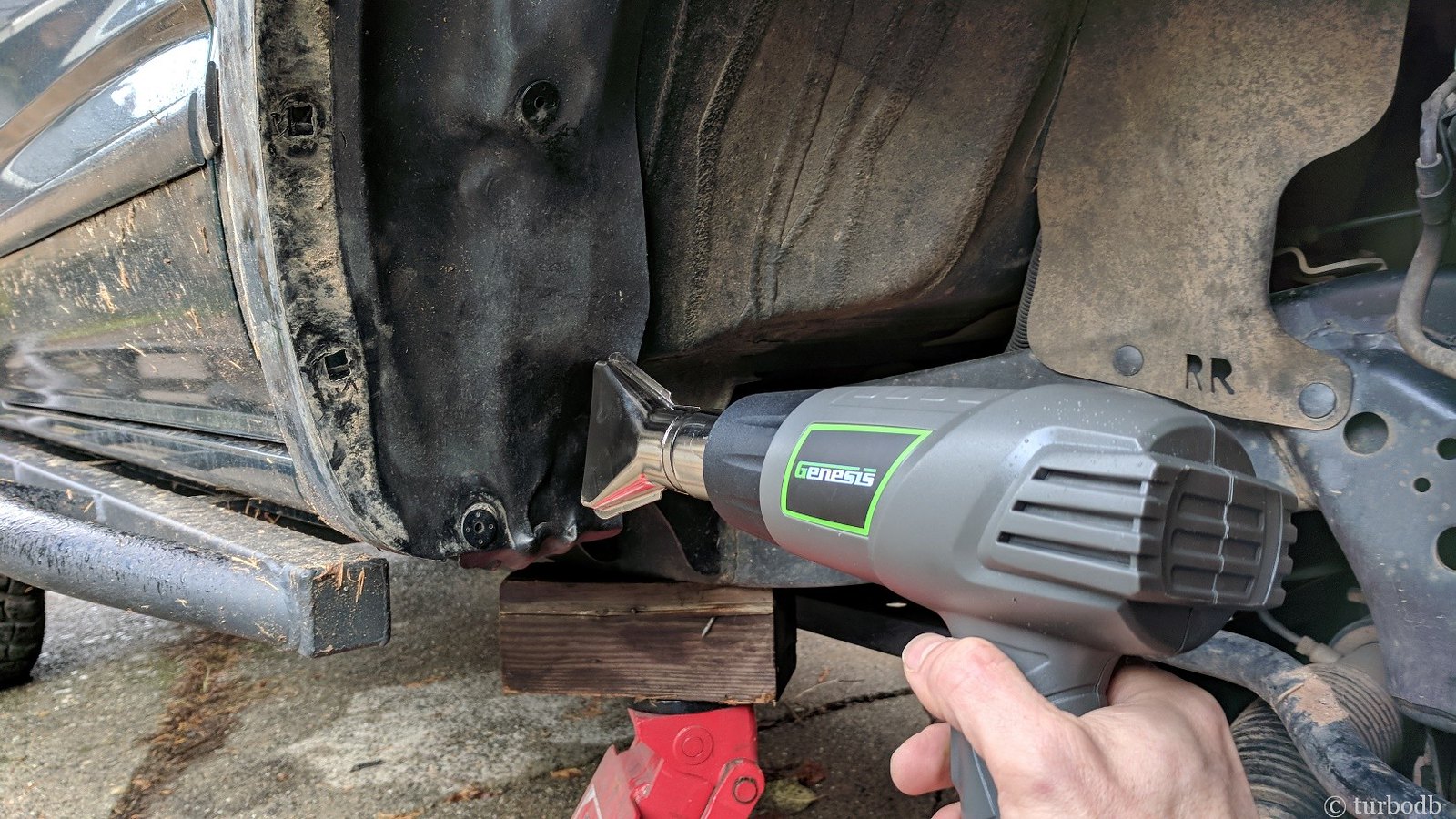 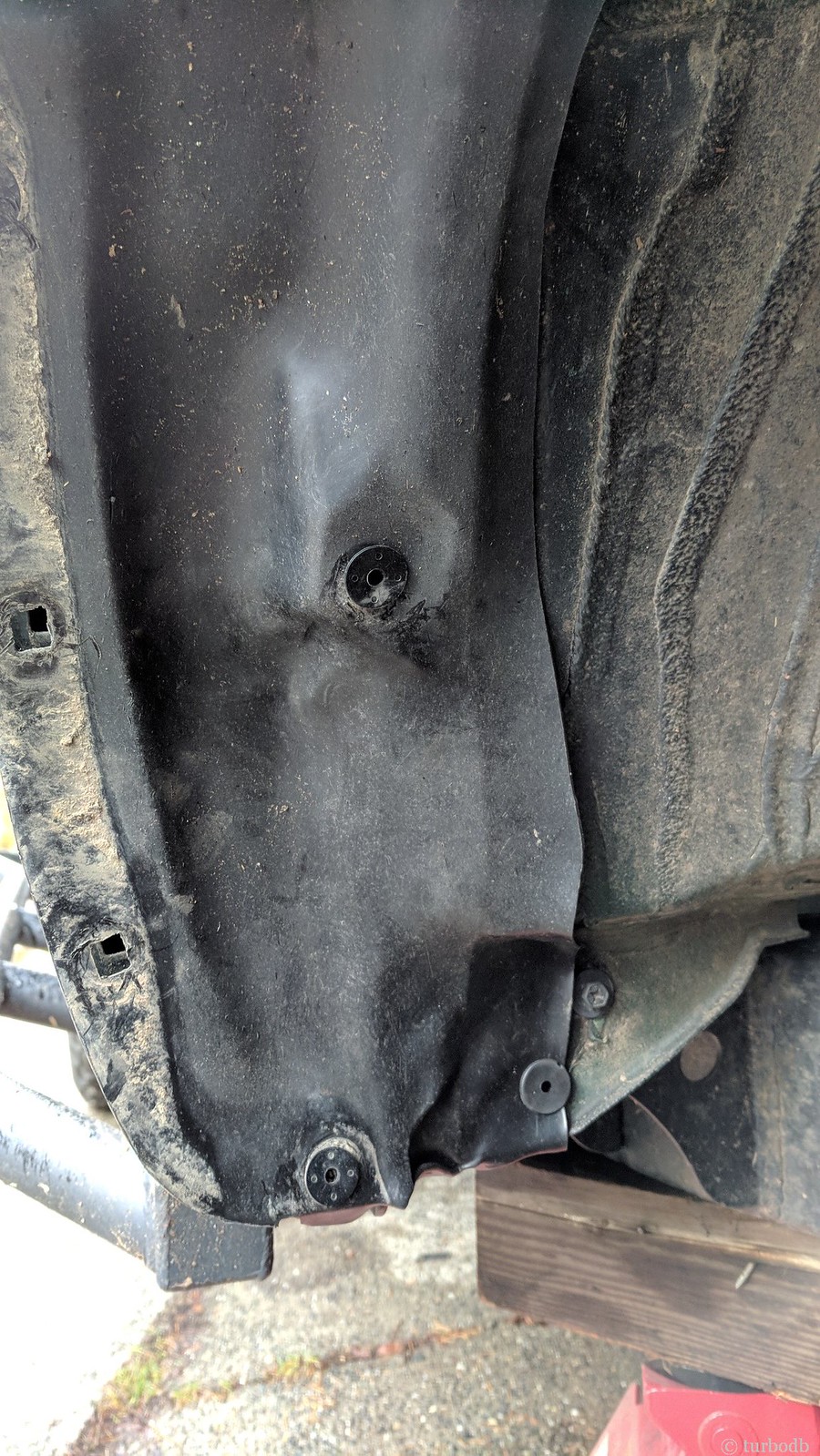 From there, I buttoned everything back up with new stainless-steel washers and #12 flat-head screws (vs. the hex-head OEM screws) to reduce the profile of the wheel well even further, and then hit them with a bit of black paint so they'd blend in. 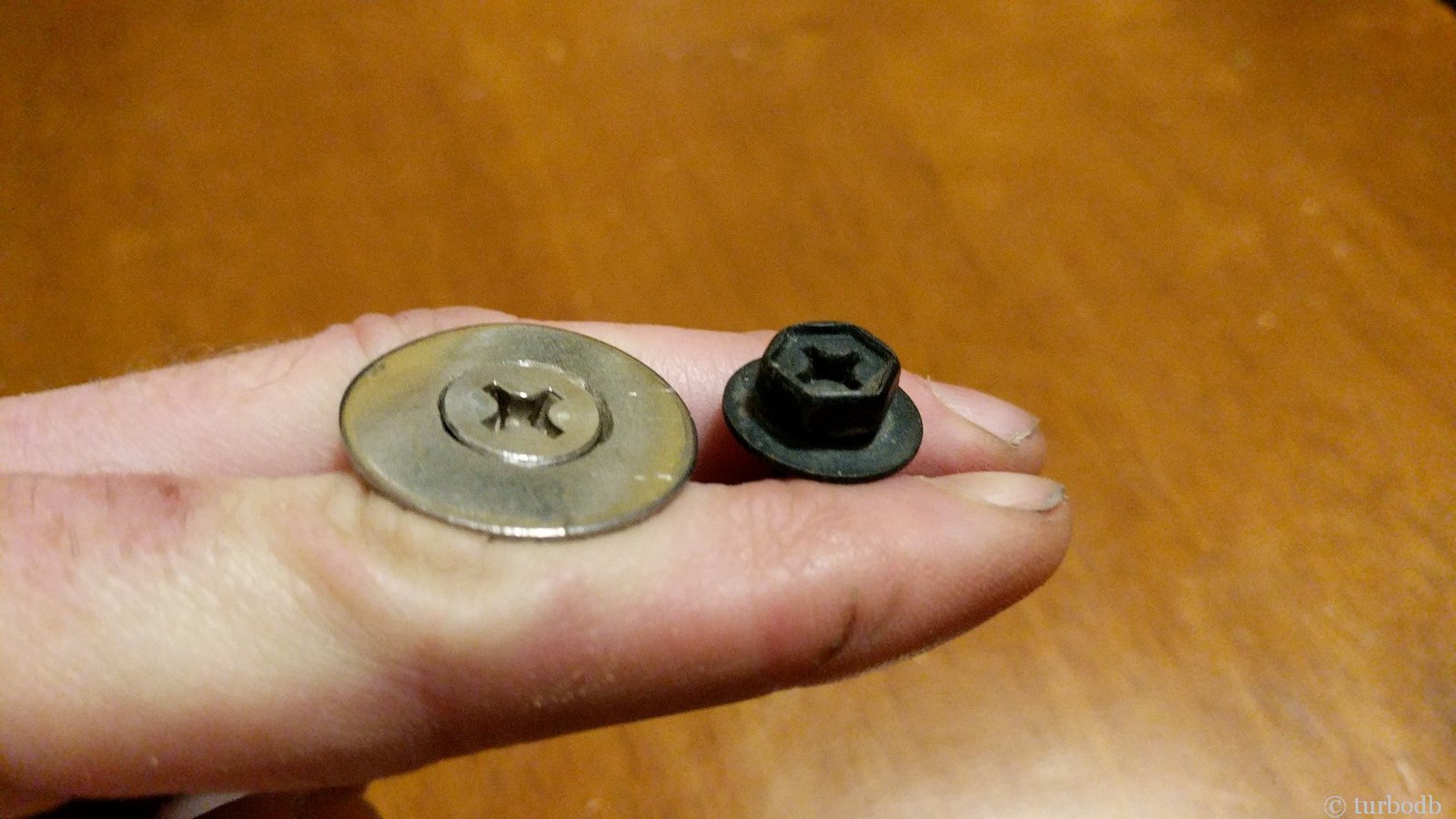