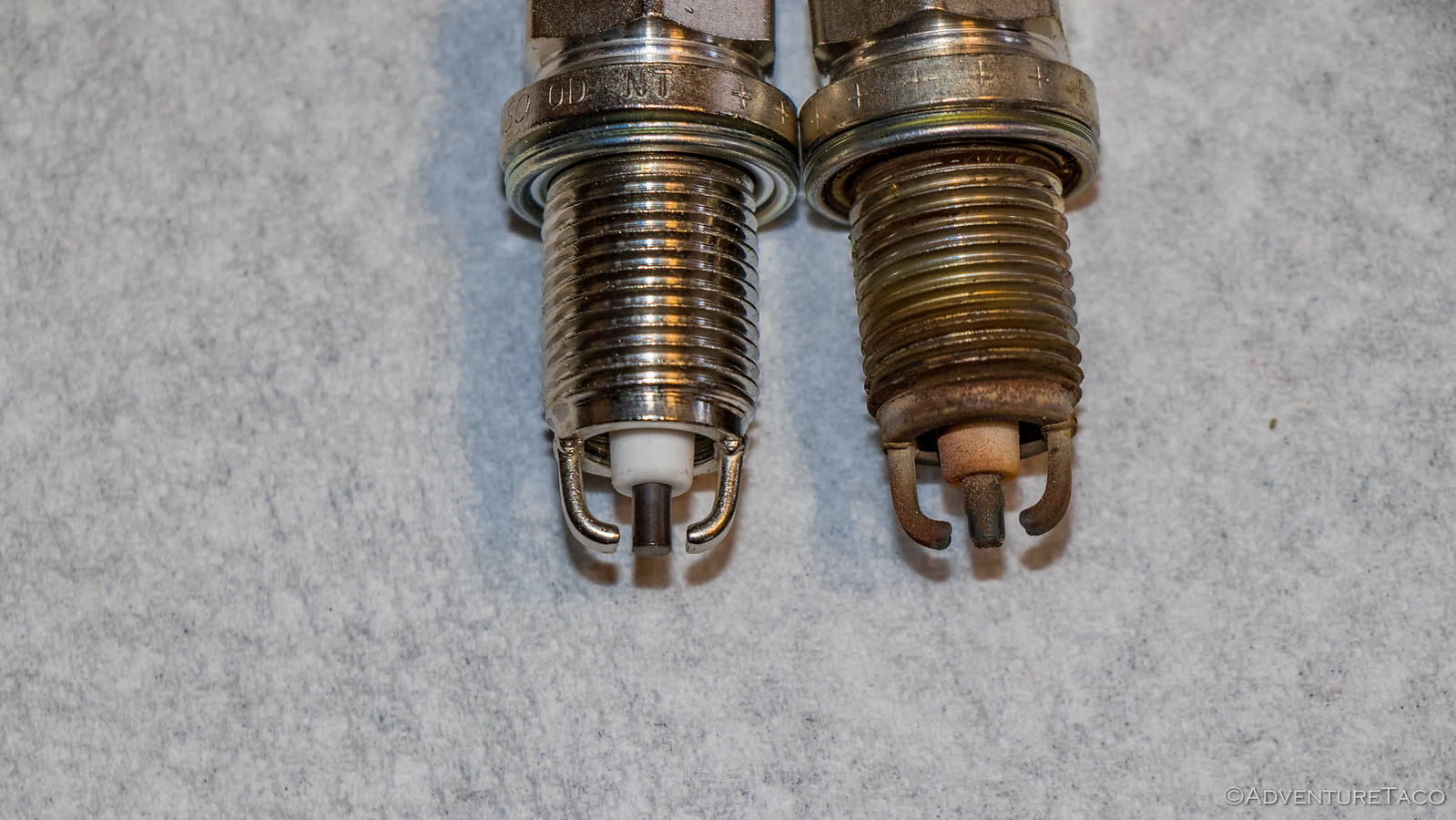 People often assume that everything is easy for me. That I just go about doing things, and usually doing them well. That's sort of the case, since I've had a lot of experience doing different things in my life and I tend to pick things up quickly, but I think it's important to recognize that even for people who seem "good at everything," not everything is easy. Getting in there and trying things can still be both hard and rewarding, no matter who you are...

I don't know why, but I've been super nervous about changing my spark plugs and wires. So nervous in fact, that I've had the plugs and wires in the for eight months (since April) gathering dust and taunting me to install them.

Now, I know I shouldn't have been nervous - after all, I've changed my timing belt, water pump, and associated components. I've completely overhauled my suspension multiple times. Heck, I've even welded on the truck a handful of times.

But still, for some reason, pulling the plugs out of the engine and making sure the new ones were inserted correctly was daunting for me. But with winter here, and another 35K miles on the truck this year, it was time to suck it up and git 'er done. 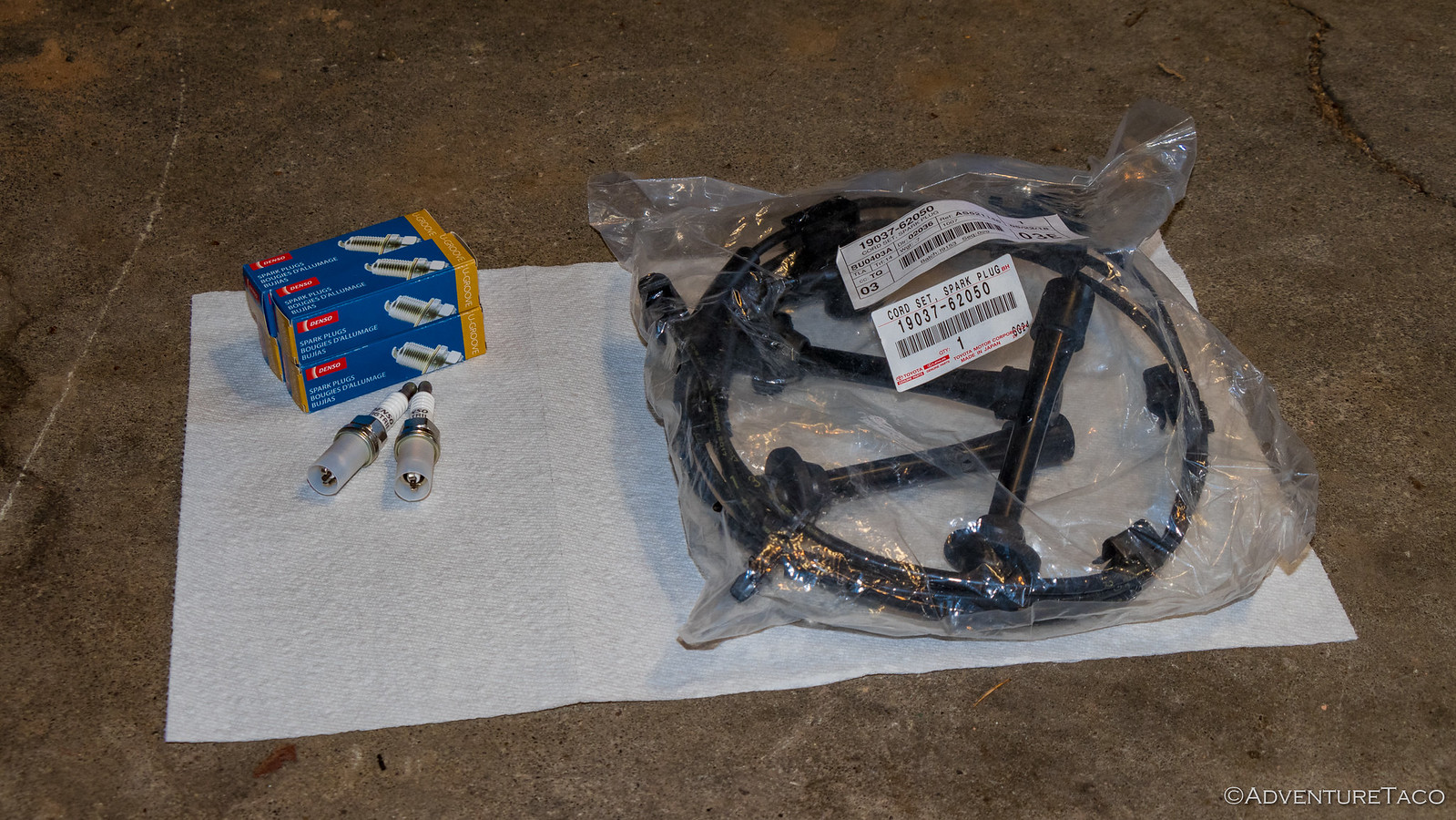 And of course, the only tools necessary for the job were a 12mm socket (set I like), a 5/8" spark plug socket, a plethora of extensions, and my ratchet.

I got started on the passenger side since it seemed easier to access. Doing one cylinder at a time, I would remove the plugs on the ignition coils, and then remove the 12mm bolt holding in the coil in place. Then it was simply a matter of removing the spark plug with the socket (which I never realized had a special rubber holder in it until I did the job! 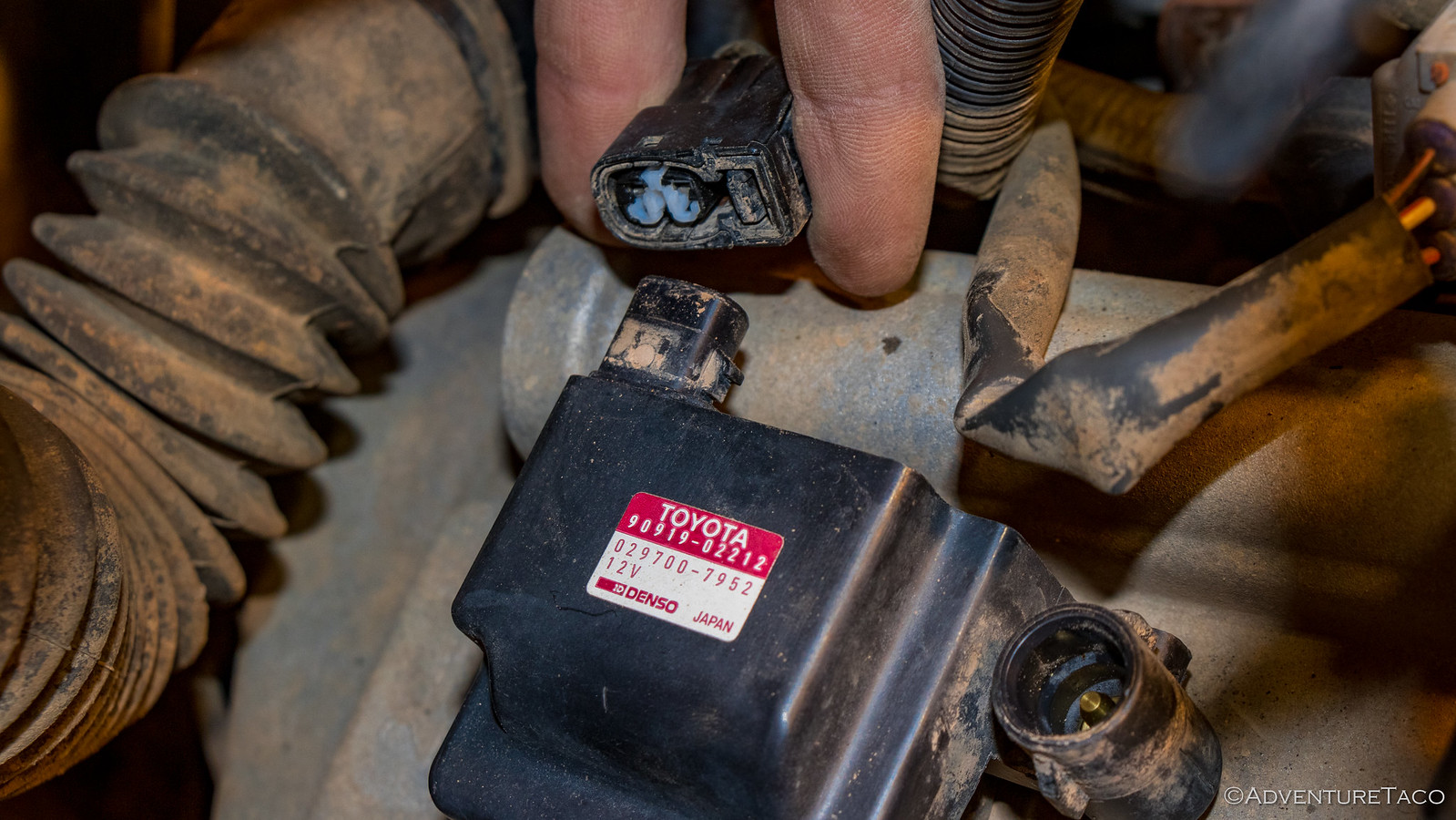 The plugs I pulled out were definitely used, though I have no idea really whether they needed replacing. I made sure the new plugs were gapped correctly (0.043") before installing and torquing them to 13 ft-lbs; then re-seating the coils and torquing the bolts to 69 in-lbs. 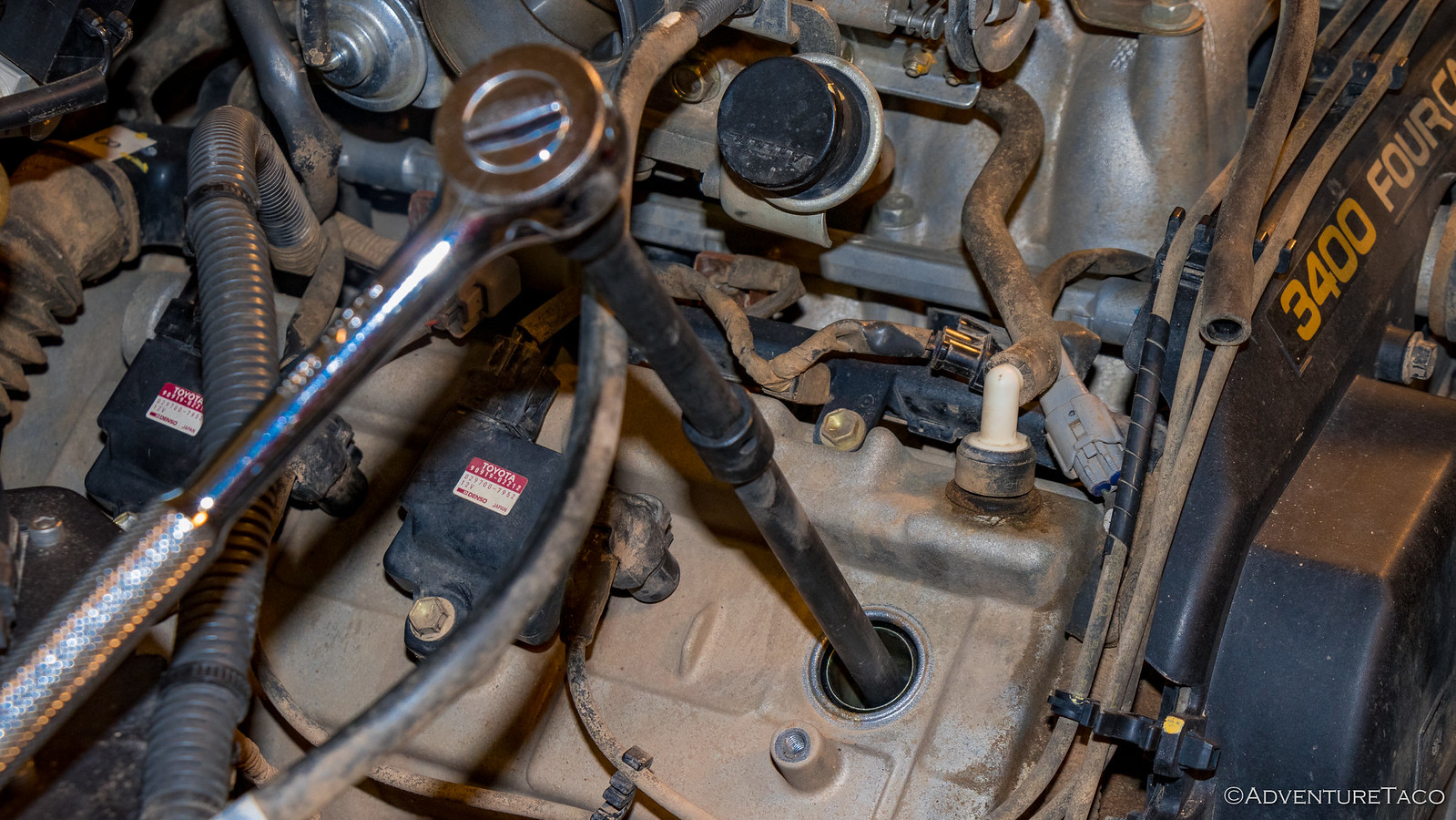 Passenger side done, it was time to move to the driver side. This went just as easily, with some careful unbolting and pushing-out-of-the-way of various vacuum tubes and wires - even the rear-most plug came out relatively easily with 18 inches of socket extensions! 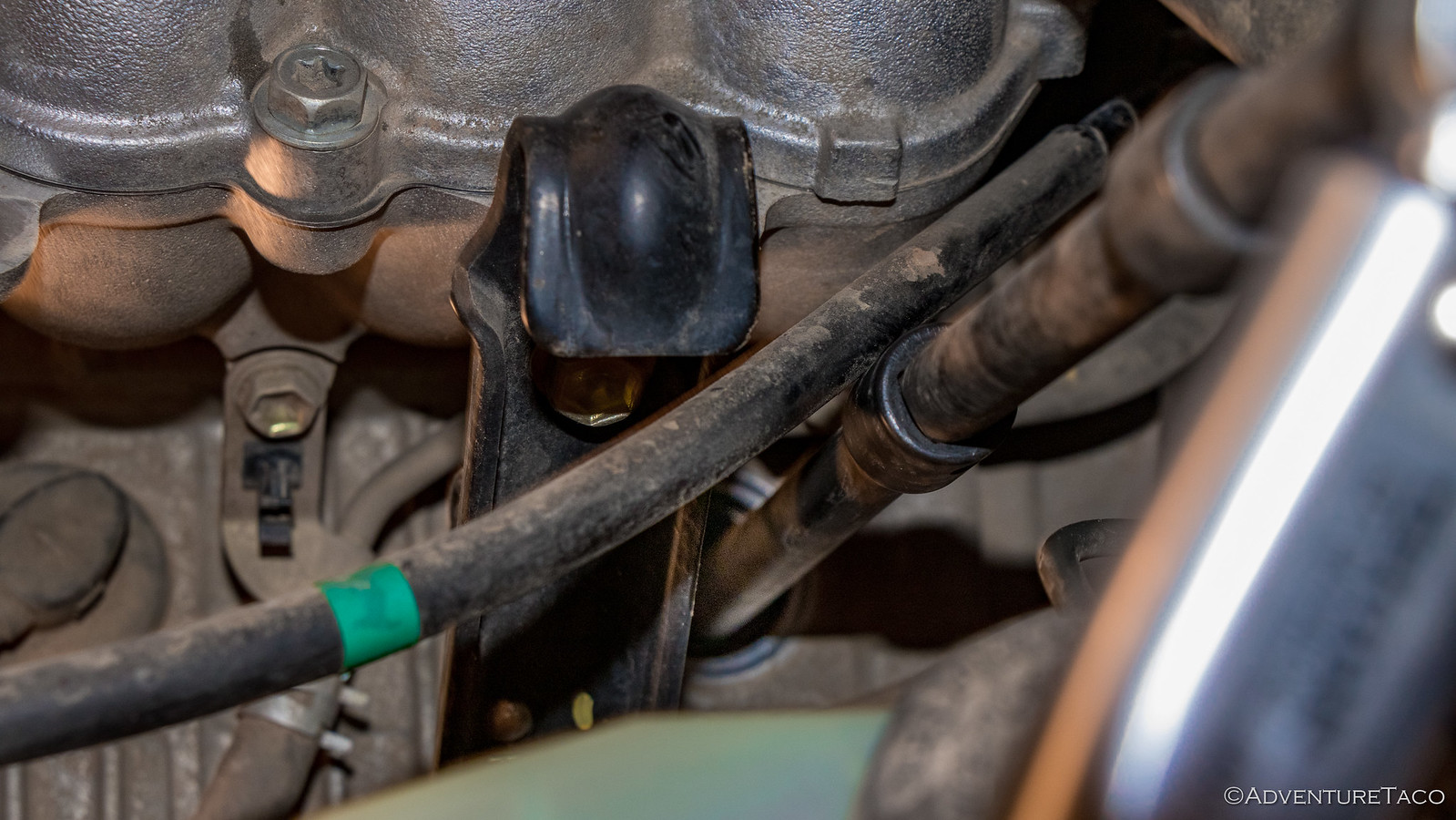 All six plugs replaced, it was time to tackle the wires. This turned out to be even easier than the plugs, since the new wires were pre-clipped into the various clips that hold them to the timing belt cover. I pulled out the old and inserted the new, and I was done! 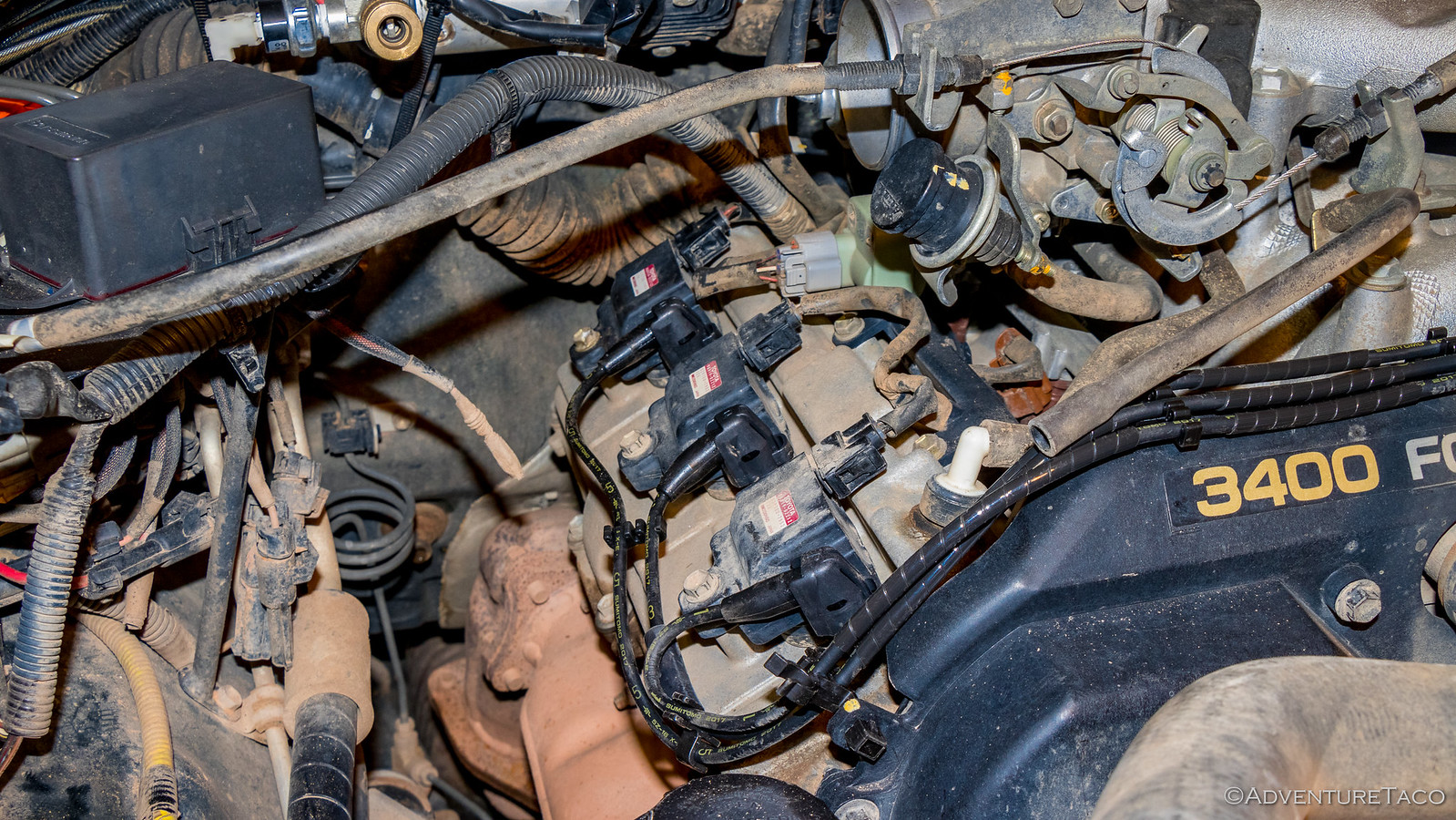 Definitely not a hard project at all - just another example of how we can build things up in our minds to be more difficult than they really are, and why it's good to tackle these kinds of projects because they build up our confidence in being able to successfully work on our whatever interests and intimidates us in life!

Published in Tacoma Maintenance; experienced on 2018-12-20