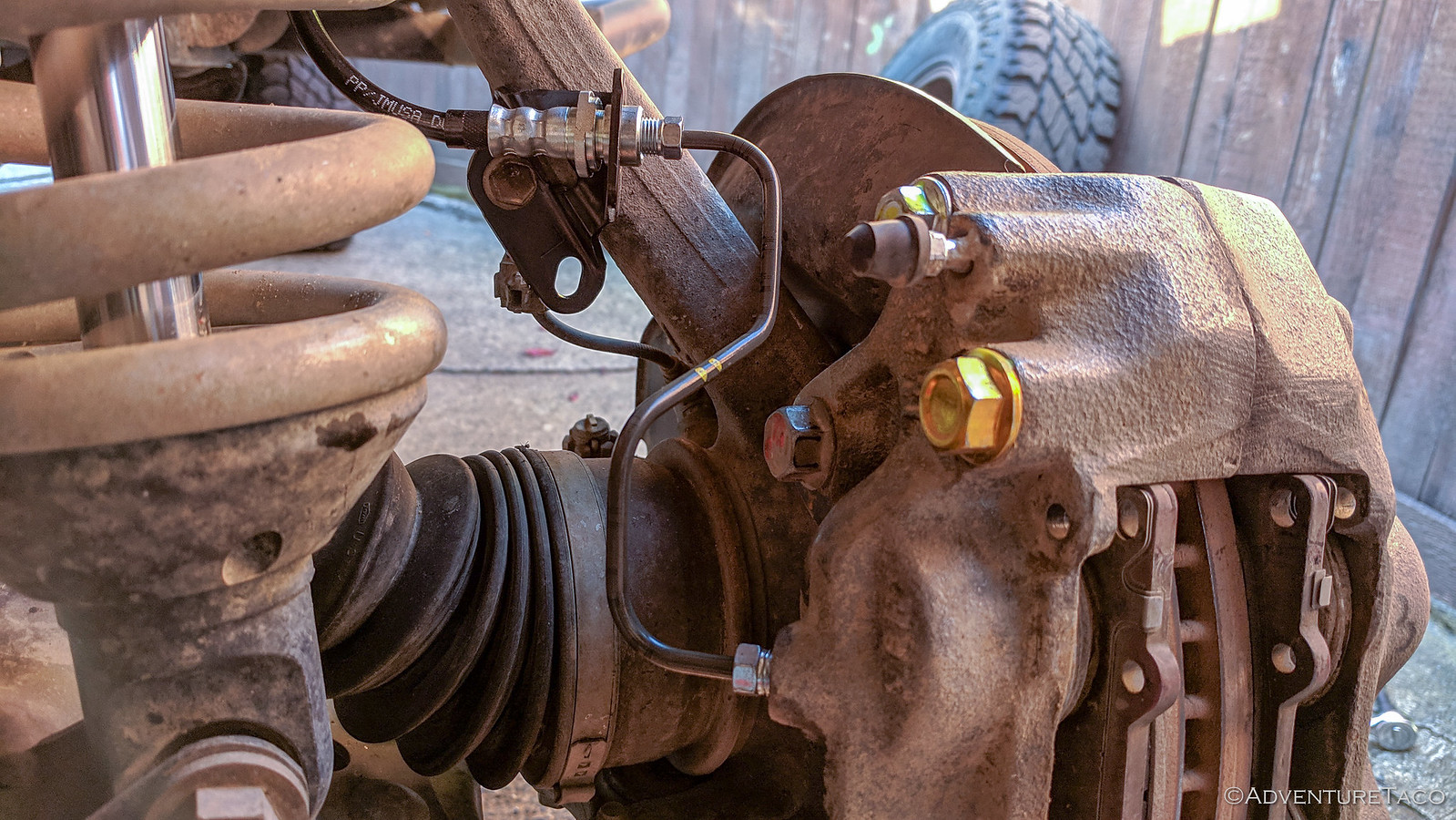 If you're just here for the brake line kit at a better price than you can get from LCEPerformance, you can pick one up here: Tacoma-to-Tundra Hard Brake Line Upgrade Kit

We all have to eat crow sometimes. We've all made mistakes. The most important thing is how you react in those situations. So, "give me a fork!"

A couple years ago, as one of my early modifications, I added Tundra brakes to the Tacoma. This isn't anything out of the ordinary - it's one of the more common mods in my opinion. In doing so, I had a decision to make - the same decision that everyone who does this upgrade has to make:

How was I going to connect the new 13WL calipers to the Tacoma?

I of course had all the options that everyone has:

I knew there was no way I was doing option 1, and the price difference between option 3 ($180) and option 2 ($60) seemed to me like a great reason to go with the Wheelers lines. After all I thought - the Tacoma uses a banjo bolt from the factory, so it must be OK to do the same with the Tundra calipers. And, for two years, it worked out great. That is, until one of my calipers seized up on the trail and I had to replace it. As part of that process, I learned the hard way that not all Tundra calipers are correctly remanufactured to work with banjo bolts. At first I thought this was super weird, but as I thought about it, the reason for this dawned on me: if you're using the Tundra 13WL for it's intended use - on a Tundra - the special machining needed to use a banjo bolt is unnecessary, since the Tundra doesn't use a banjo.

And that got me to thinking - yes, a dangerous state for my simple brain - what if another caliper failed on the trail? Would I be able to find one that works with a banjo bolt?

And so, I decided that the right path forward was to pull a fork out of the drawer and eat some crow. It was time for me to dish out a bit more money and make my Tundra brake upgrade right - by installing the LCEPerfomance Tacoma-to-Tundra Stainless Steel Brake Line Kit.

Note: I feel that the LCEPerformance kit is way too expensive at $180. So I researched and put together an equivalent kit for ~$120. If you are interested, you can pick one up here: Tacoma-to-Tundra Hard Brake Line Upgrade Kit

It's a simple job, so once the parts arrived, and with a few trips coming up, I wasted no time in getting going. Oh, and I decided to install new brake pads at the same time - since mine were worn from being "stuck on." 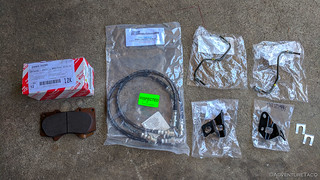 The first step in this five-step process is to jack up the truck and remove the front wheels. Always a really weird way to see the truck - sort of vulnerable or something. 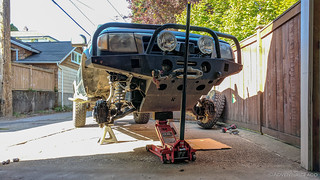 Next, it's a simple matter of removing the existing brake lines from the frame to the caliper, as well as the bracket that holds the line to the spindle. The hardest part of this process is removing the small retaining clip that holds the brake line at the frame - but a few minutes with some needle nose pliers and you should be able to get it out. 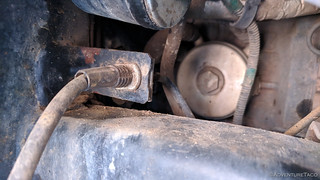 Once you do, a 10mm flare nut wrench will separate the soft line from the hard line and you can cap the hard line with a vacuum cap so it doesn't leak everywhere. Then, use a 14mm socket (set) to remove the banjo bolt from the caliper, as well as the bracket from the spindle. Note: make sure to pop out the ABS sensor clip from the bracket as well if you've got ABS. 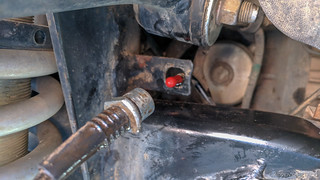 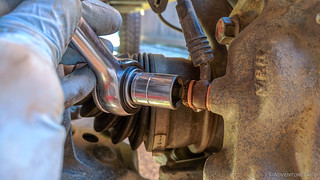 With everything removed, it's simply a matter of installing the Tundra-conversion hardware. I started by installing the supplied bracket onto the spindle, and then the hard line between the caliper and bracket. This took a little figuring since LCE doesn't send any instructions, but the hard lines only fit between the caliper and bracket in one configuration, so you'll only need to try a few combinations before you get it. 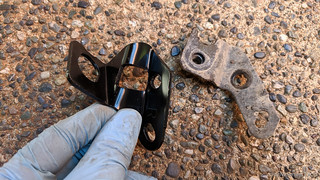 Then, it's a simple matter of installing the softline between the two hard lines - do the one at the bracket first, then pop the vacuum cap off of the hard line at the frame and make the final connection using you 10mm flare nut wrench. Pop a clip on each end to secure the hard lines, and you're nearly there! 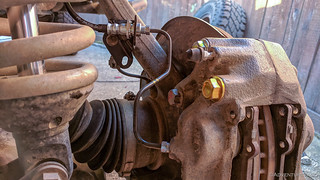 With everything in place, bleed the brakes using an 8mm flare nut wrench, starting with the passenger- and moving to the driver-side when the brake fluid is bubble-free. Reinstall the wheels, and know - no matter what Tundra 13WL caliper you install next, you'll have no problem with leaking brake fluid!

With everything now working, I've  got a little something to say about LCEPerformance. Actually, two somethings.

First, they have 3 versions of their brake line conversion kit - a standard length, and then 3"- and 6"-extended versions. Since I figured I'd replace the rear brake line too (the kit comes with a rear line), I gave them a call to confirm that the extended line was for the rear only - after all, the front lines would be the same regardless of lift, since the front geometry is limited by the control arms and spindle - any suspension lift only affects where the control arms are positioned at rest.

But, two people at LCE insisted that if I had a lift, I needed extended lines because the lift would move the calipers further away from the frame. And, when I asked about just getting a longer rear line and standard front lines, they informed me that the price would be significantly more for "custom length" lines. Even though the "custom" lines were a length they already sell.

Which brings me to the second item: price. The LCE kit is $180 or so shipped. That's a ton of money for some brake lines. So, as of now, I'm in the Tacoma-to-Tundra Brake Line Conversion Kit business. This hard line kit now contains all the necessary parts including the soft lines, but does not include or require a rear brake line - saving you even more money.

Pick up a kit over in the AdventureTaco store today!