In perhaps our most-traveled month to date, July was nearly an entire month in Idaho. In fact, we've had four trips in the last couple of months to this tiny state - after only having visited once before. After our SE Idaho trip to Indian Hot Springs and City of Rocks, our trip to the Highest Roads in Idaho, and running the Idaho Backcountry Discovery route, there are definitely a few things worth mentioning on the rig. So let's get right down to it.

TL;DR - One of my 13WL brake calipers seized on the trail and had to be replaced. The issue was that Napa no longer carries a workable caliper, and the 13WL caliper really wants a hard brake line connection, which Tacoma banjo bolts don't offer. I'll be switching out my lines.

I'm a big proponent of the Tundra brake upgrade for a well-built 1st gen Tacoma. Our trucks get heavy, and being able to stop quickly is important. My 13WL Tundra calipers that I sourced from Napa have been working great since I installed them - I thought. But, one failed catastrophically on this trip, seizing up overnight on the trail.

The biggest problem was that Napa no longer carried the Napa Total Eclipse calipers anymore - at least not in-store - having switched to a new, and no-doubt cheaper, vendor (Adaptive One Brake Calipers).

These new calipers are not remanned as cleanly as the Total Eclipse brand, and have the fatal flaw of being powdercoated on the surface where the brake line attaches; the Total Eclipse's being machined there. This powdercoating makes it impossible for the crush washer between the banjo bolt and caliper to seal, and you get brake fluid leaking everywhere.

Just to be crystal clear - the following Napa calipers DO NOT WORK with Tacoma banjo bolts: 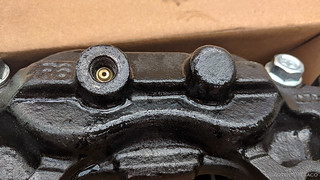 Note the orange peel texture (powdercoating) on the donut shaped surface where the brake line connects. This is bad if you're using a banjo bolt.

The best solution is to spend a bit more money when converting to Tundra brakes, and install the a hard brake line conversion kit, which converts the Tacoma front brake lines to a combo soft+hard line - just like the Tundra (and 4Runner) ships from the factory.

Note: LCE Performance used to be the only game out there for a hard line conversion kit. I actually bought one from them. However, they charge way too much for what the kit is, and so now the best place to get a kit is from me - I've put together an essentially identical kit for substantially less money - like $60 or so less! Buy one today.)

An alternate solution (that I used to get home from this trip) is to find a 13WL caliper at a different parts store - I used O'Reilly - that is re manufactured well, and not powdercoated on the mating surface. The part number that worked for me was:

I've already ordered my hard line kit, and will be installing that when it arrives.

TL;DR - If you don't carry a small 2'x3' door mat for the bottom of your tent ladder, or in front of your tent, you should. Keeps the tent clean and is a great mat to work on when something goes wrong with the truck.

The mat we have is a hand-me-down from a friend who was tossing it. It's just a small mat, made of a plastic-grass material. That's great because even when it gets wet, it doesn't soak in. And, it's much lighter than a traditional mat. Love it. 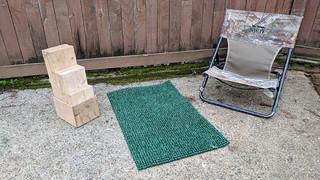 TL;DR - the dual battery system is working amazingly great. It was extremely nice to not have to worry about powering the fridge, even when the overnight temps were in the 50°F's.

The dual battery setup worked flawlessly, and the plywood cabinet hasn't rattled apart into a bunch of pieces. The two Northstar 24F batteries, and the Blue Sea Systems ML-ACR were spectacular - all working in tandem and keeping the truck's electrical system in tip-top shape for the entire trip.

I never realized how much time I spent worrying about whether the fridge ran at night (and whether the battery would have enough juice to start the truck in the morning) before I had two batteries. This trip, it was a relief every time I heard the fridge power up, knowing that there was nothing to worry about.

I did have one issue with the initial build-out: the drawer would slide out when bumping down a hill. A simple catch to hold it closed was all I needed and now it stays in place just fine. 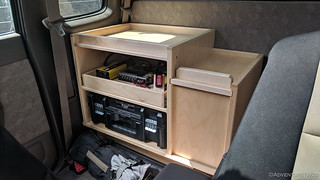 TL;DR - The new rack works just fine, but I have no idea if it's preventing bed cracking until I take it off.

I have nothing more to day about this, but you're welcome to read about the new bed rack design and the issue I was having.

TL;DR - It's more valuable than I'd given it credit for. Mine is a little "sticky" going up and down - likely a result of how I store it.

I've carried the Hi-Lift since I've started going on these longer trips, but up until now, I've never used it (on my own truck) and others who have used it have noticed that it's a bit sticky in its operation. This trip, I used it 4 times in one day and really got a sense for how it works.

I can't stress enough how important it is for everyone who carries a Hi-Lift to get a sense for how your specific Hi-Lift works.

It's definitely stickier than when I rebuilt it (How-To: Serviceing, Cleaning, and Rebuilding a Hi-Lift), but I think that's due to how I store it - exposed to the elements - on the side of my rack. I've considered getting a cover for the mechanism, but really - a good dousing with WD-40 before and during use seems to be enough to get it working properly again. 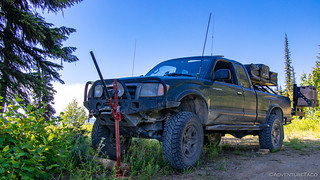 TL;DR - The wheels are awesome and the bronze is a great color IMO. It does not however hold up to brake fluid that sits on the paint for an extended period of time.

The 4Runner wheels look great painted bronze. The I really couldn't be happier with the Dupli-Color Wheel Paint. It looks great and seems very robust to trail conditions and pressure washing. 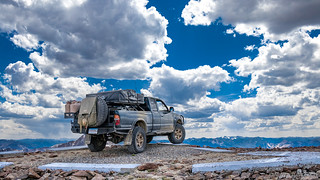 On this last trip however, it got abused when brake fluid was leaking on it from the front driver caliper. That wheel now definitely has some paint that's missing, and other paint that is discolored. Basically, the inside of the wheel - which you can't ever really see anyway - needs to be repainted.

That doesn't bother me since I know I'll need to touch these up due to road rash anyway, but it is something to keep in mind when doing a job like this - no spray-on finish is going to stand up the way a powder coat will.

TL;DR - The 12V power cord has a design flaw. ARB is good about standing behind their warranty however, and sent me a new one.

We love our  ARB 50qt fridge - it is @mrs.turbdb's favorite "mod." However, after two+ years of regular use - say on the order of 175 nights camping - it's clear to me that there is a design flaw on the 12v ARB fridge power cord. Namely, the injection molding used for the right angle plug that goes into the fridge has a seam that easily cracks, exposing the wiring - a possible short circuit/fire hazard. 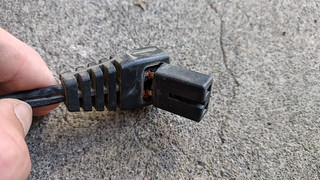 I contacted ARB about this after returning from the IDBDR, sending them photos and telling them what happened. They very quickly sent out a replacement cord, which is great. Of course, it still has the same issue, so time will tell how it holds up.

TL;DR - Couldn't be happier. I was considering getting some CVJs to replace my CVs, but I don't think I will anymore.

Having busted both of my inner CV boots after installing my ADS coilovers, I rebooted both CVs earlier in the year. They've held up great since then, and I think dialing down the pre-load on the ADS coils has resulted in a healthier angles for the CVs in general. When I rebooted the driver side CV, I had a problem with the tulip, but I've not had any issue with the rebuild since it's been on the truck. As such, I'm no longer planning to purchase a new CV from CVJ at this point...though I may in the future. Super happy with the CV Reboot Kit (04438-04021) and process at this point. 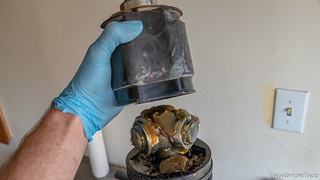 TL;DR - Take one for dinner!

We generally do pretty well eating on our trips. This time, we tried something we've not done before - we purchased a rotisserie chicken and removed all the meat prior to the trip. One night for dinner, we simply dumped all the flavorful goodness into an aluminum foil pouch with a bit of water, heated it over the stove, and OMG - best dinner ever. 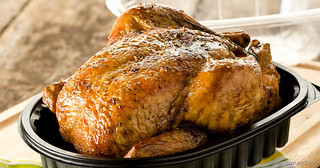