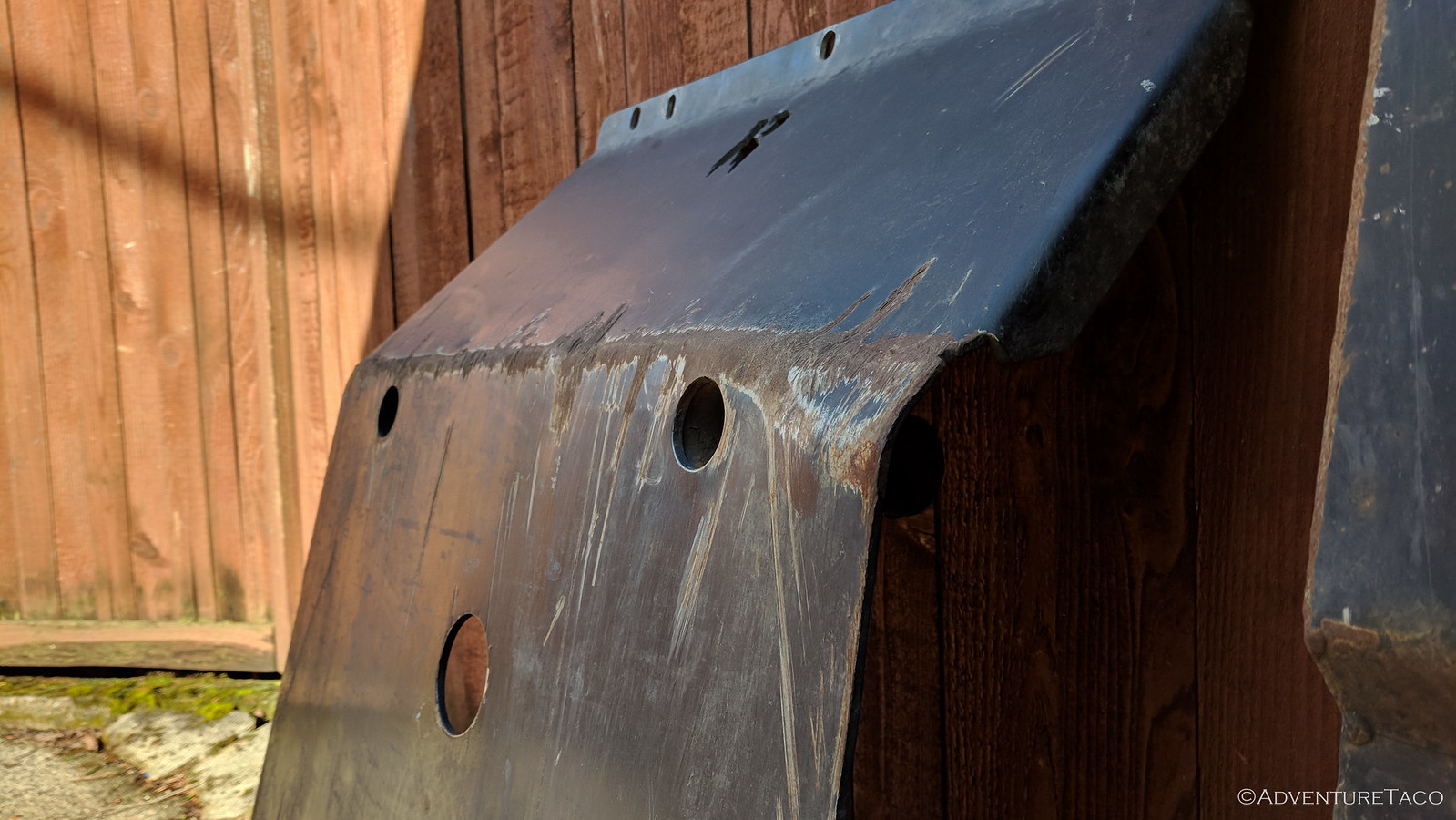 My Skids Saved My Truck - Servicing the Skids

With summer fast approaching, I decided that it'd be a good time to take a look at the skids - so I could clean up any rust, and repaint them for the season. I'm not sure how necessary that is - I mean, at 3/16" thick, these @relentlessfab plates would take quite a while for rust to destroy - but it's an easy process, so why not.

Removal was straight forward though a bit unwieldy, and I was happy to find that my re-welded anchors were holding up well. 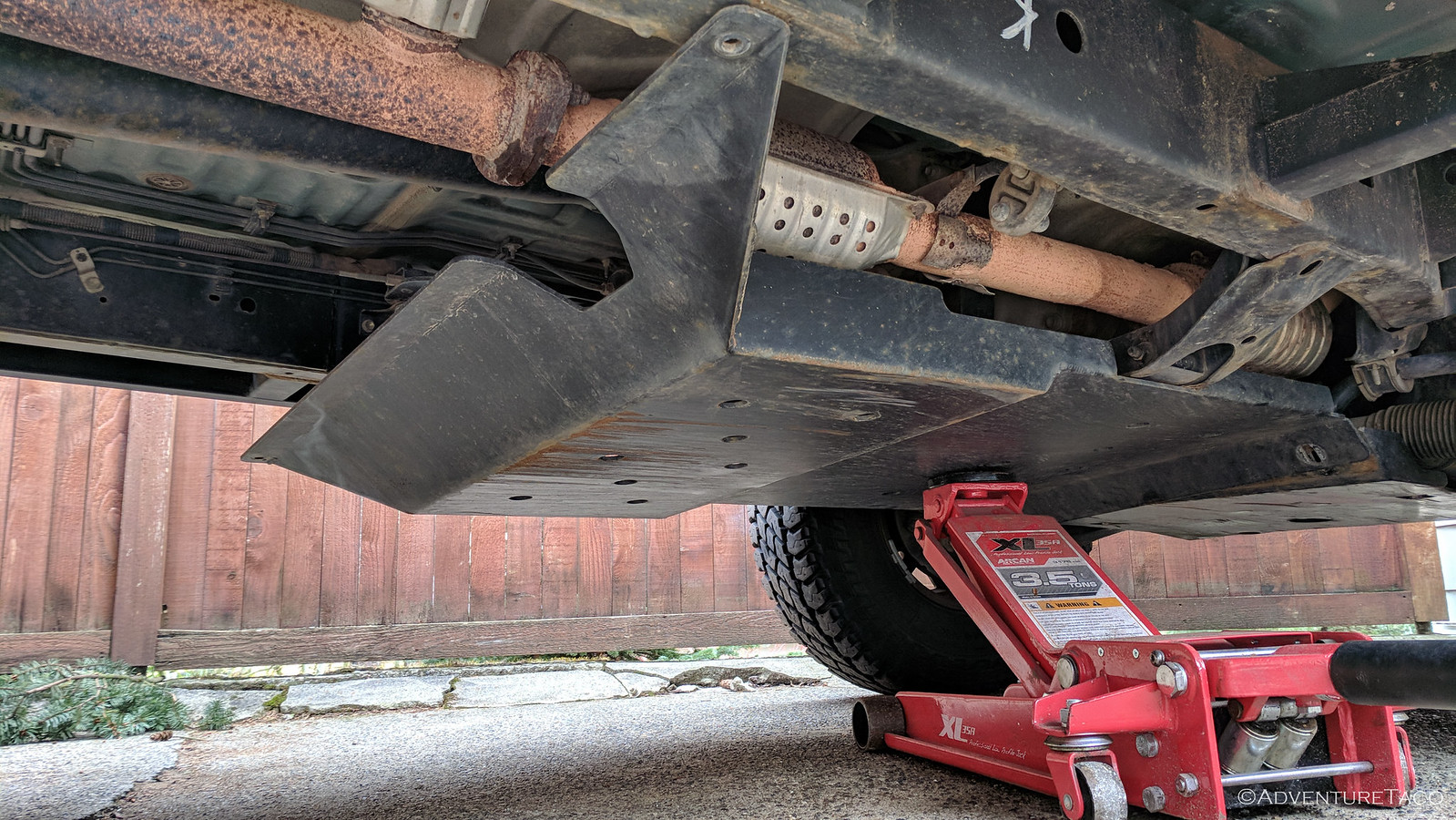 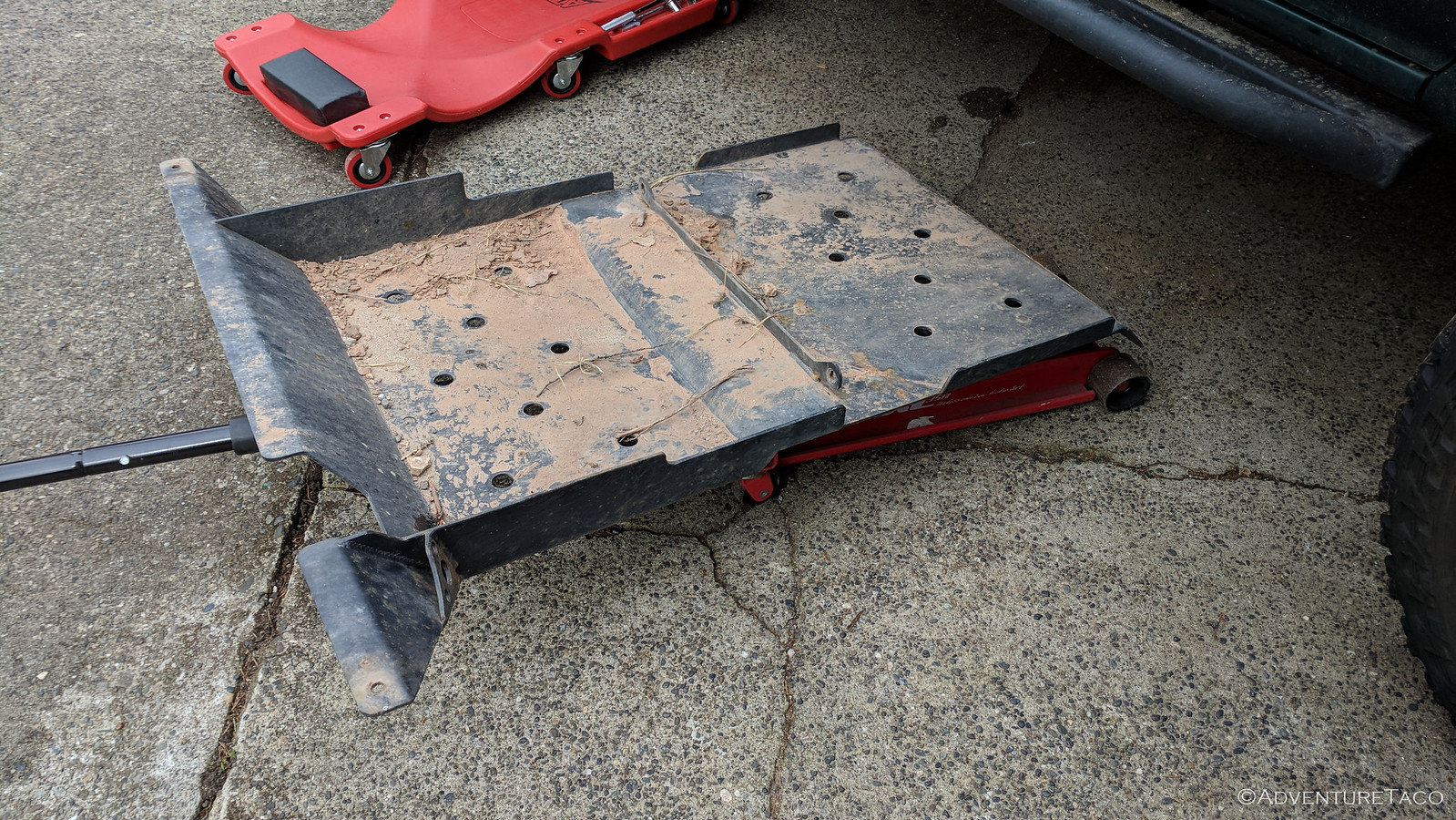 I was also happy to see that my skids had saved my truck - apparently on more than one occasion. Not surprising, given that I was running 31" tires and essentially no lift until recently. Both skids had several scratches and surface rust on them, but the front skid had clearly taken the brunt of the hits. 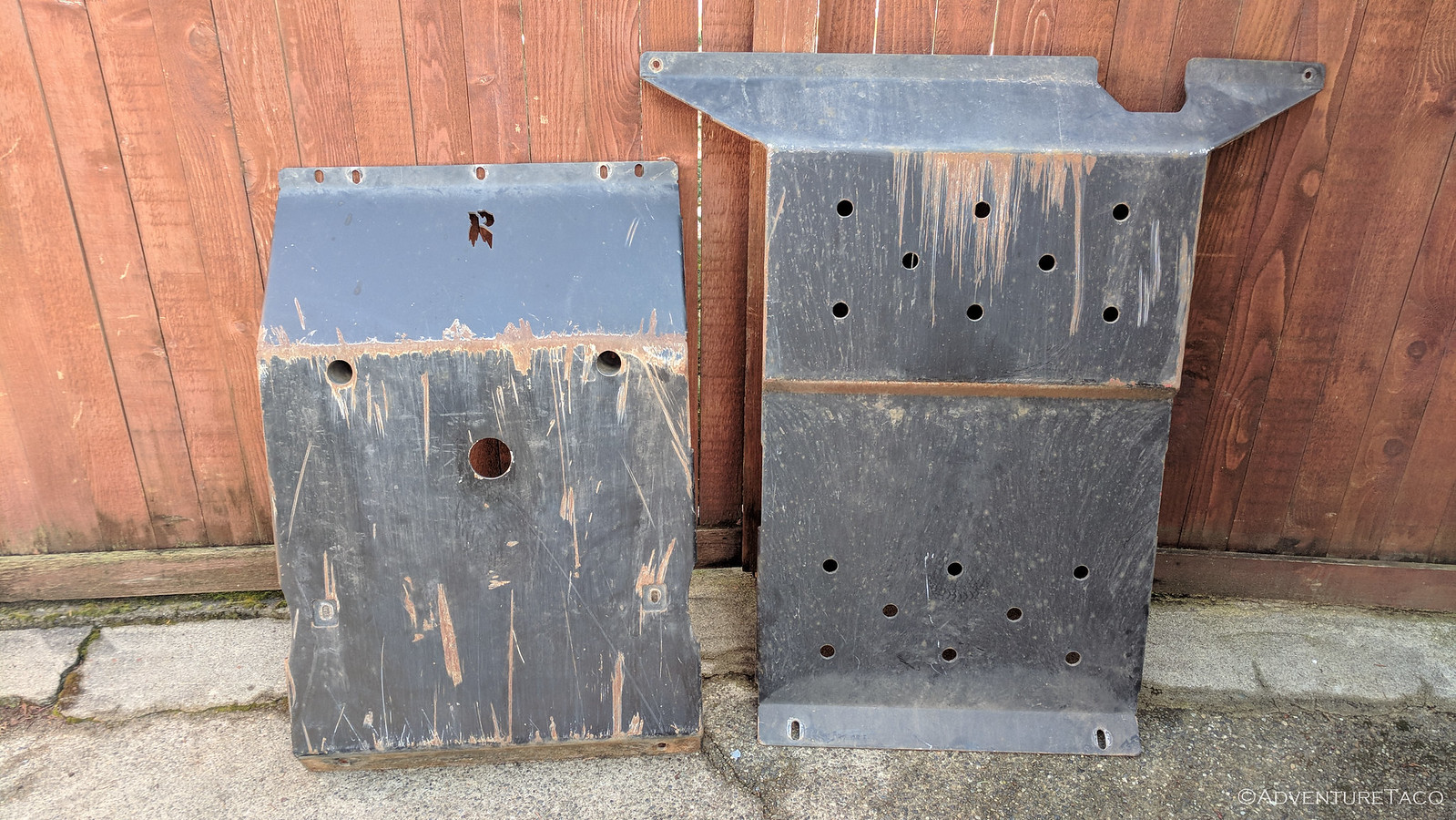 None of the rust was all that bad (and the rest of the paint was holding up well), so a wire wheel to remove the bulk of the rust, some rust-inhibiting primer, and a few coats of Rustoleum spray paint were all that was required to service the skids. I left the dent-removal for another time (if ever). 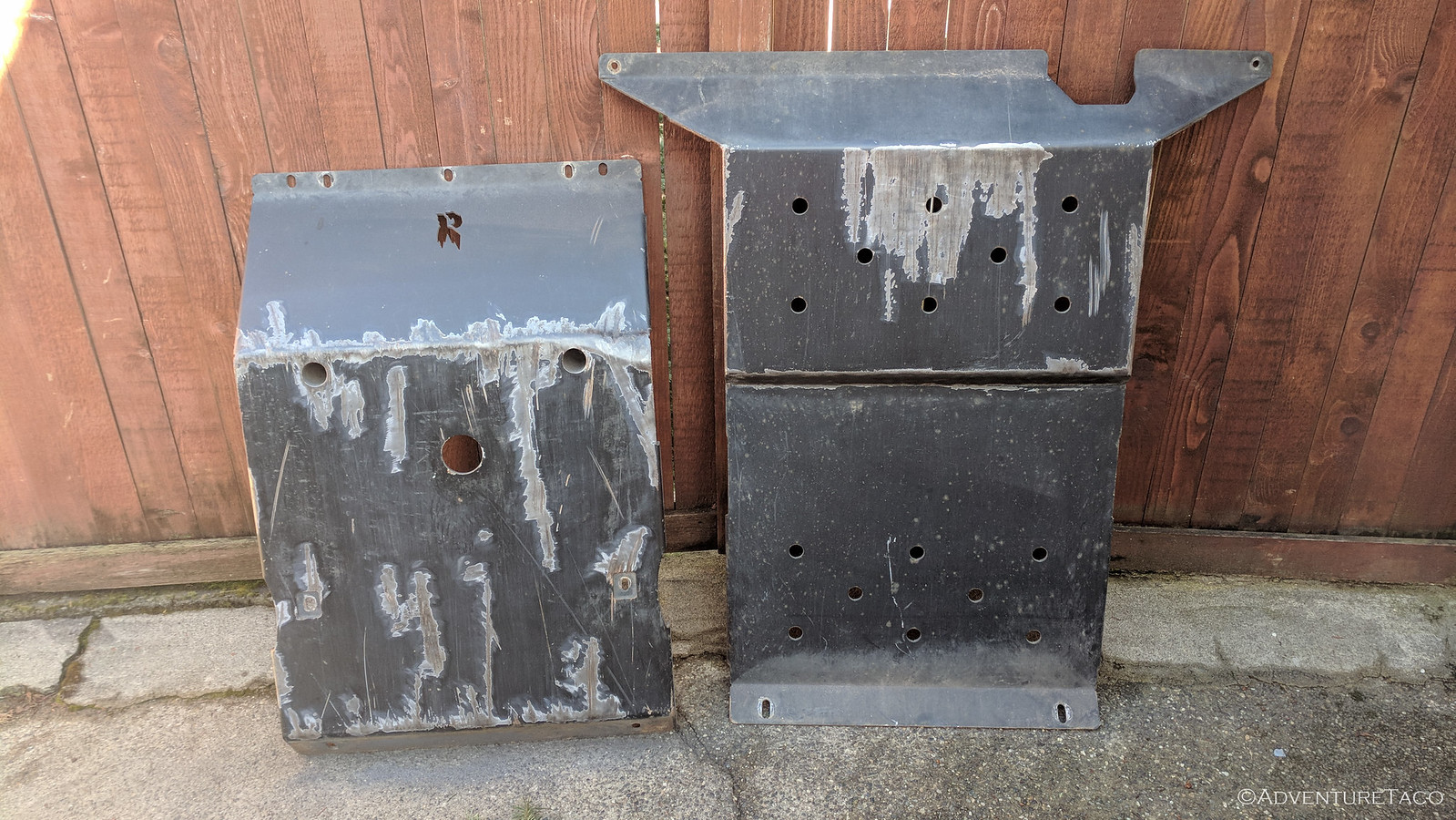 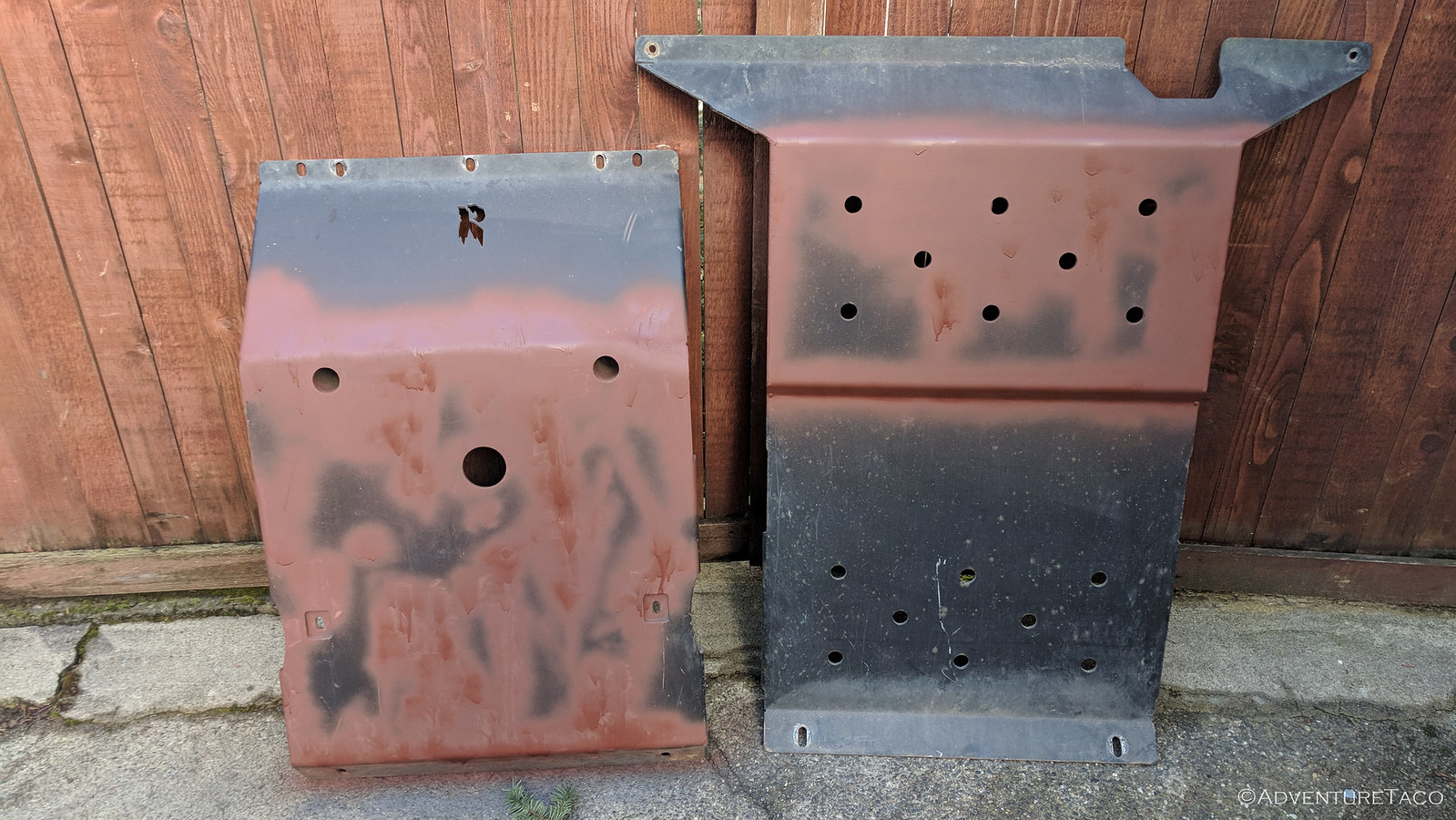 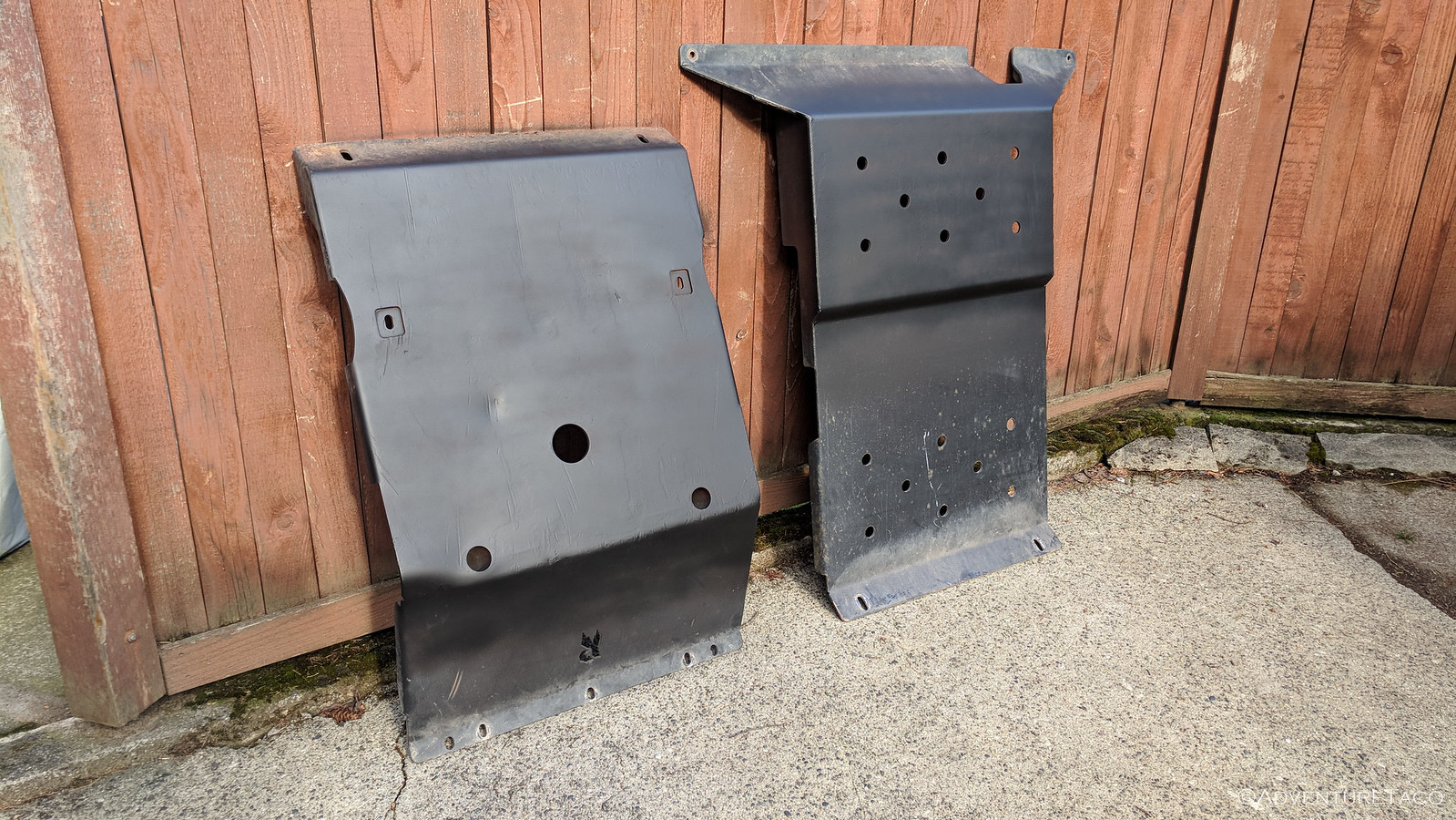 Published in Tacoma Maintenance; experienced on 2018-03-01