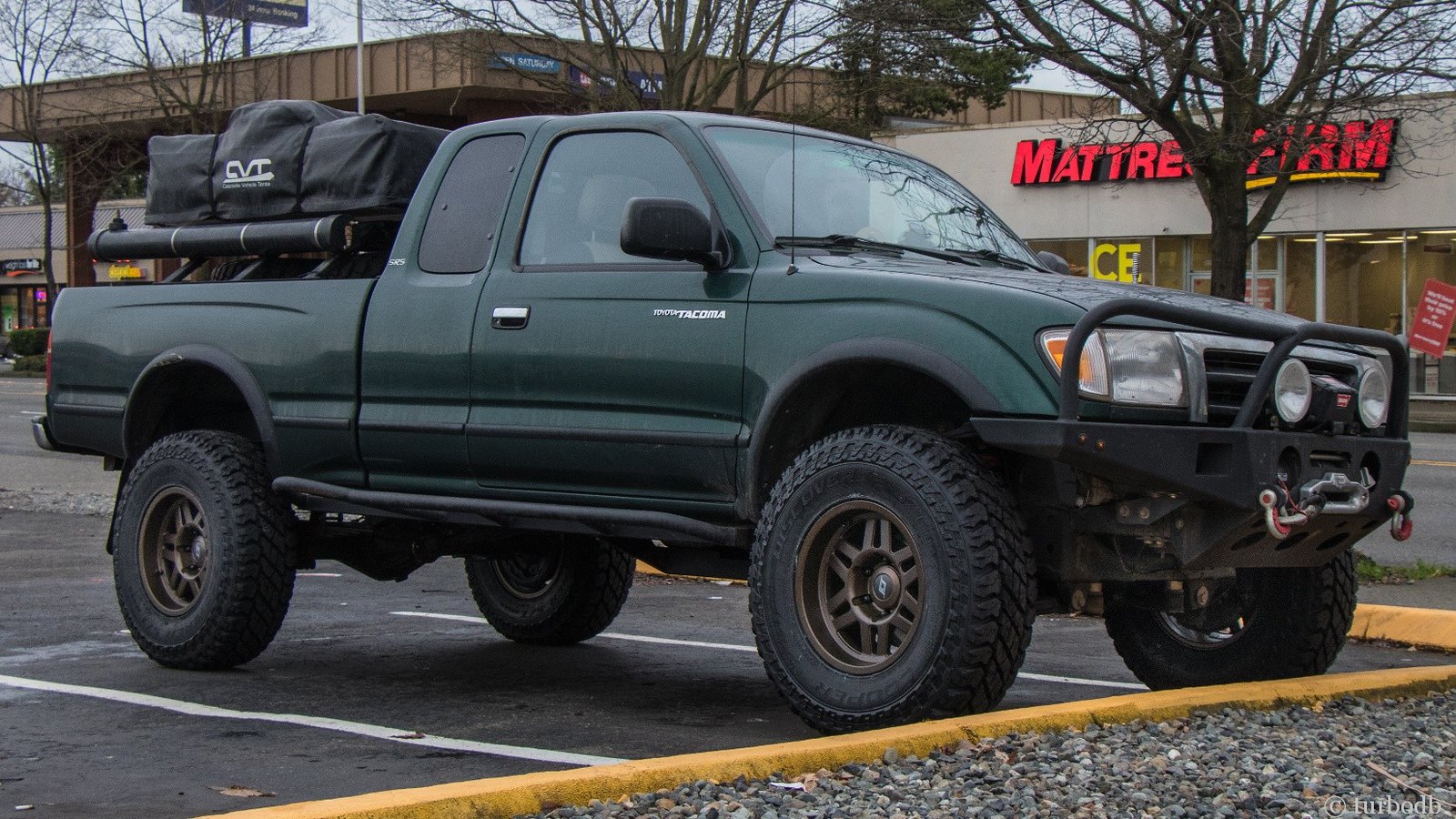 The day has arrived, finally. For three months, I've had a set of SCS Stealth6 wheels stacked, in the boxes they arrived in, in the living room.

@mrs.turbodb has not been happy.

In that time, I've been trying to decide what tires I want to run on those wheels. I knew I wanted 33's, and I knew that I wanted as little rubbing as possible, but that left me with three options:

For the last several months, I've been running a set of KM2's, and I'd decided that while I wasn't a huge fan of the KM2's on a daily driver, I'd wait for the KM3's to see if they'd have better snow performance before making the final decision. But then, my hand was forced when we decided that we'd make a January run to Death Valley.

For that trip I'd need a spare - something I'd been running without on the KM2's - which immediately eliminated "waiting" for KM3's. I also convinced myself that the "grr" look of a tire isn't as important as the overall fit and performance, which ruled out the Duratracs.

So I ordered up a set of ST Maxx's and scheduled an installation appointment. 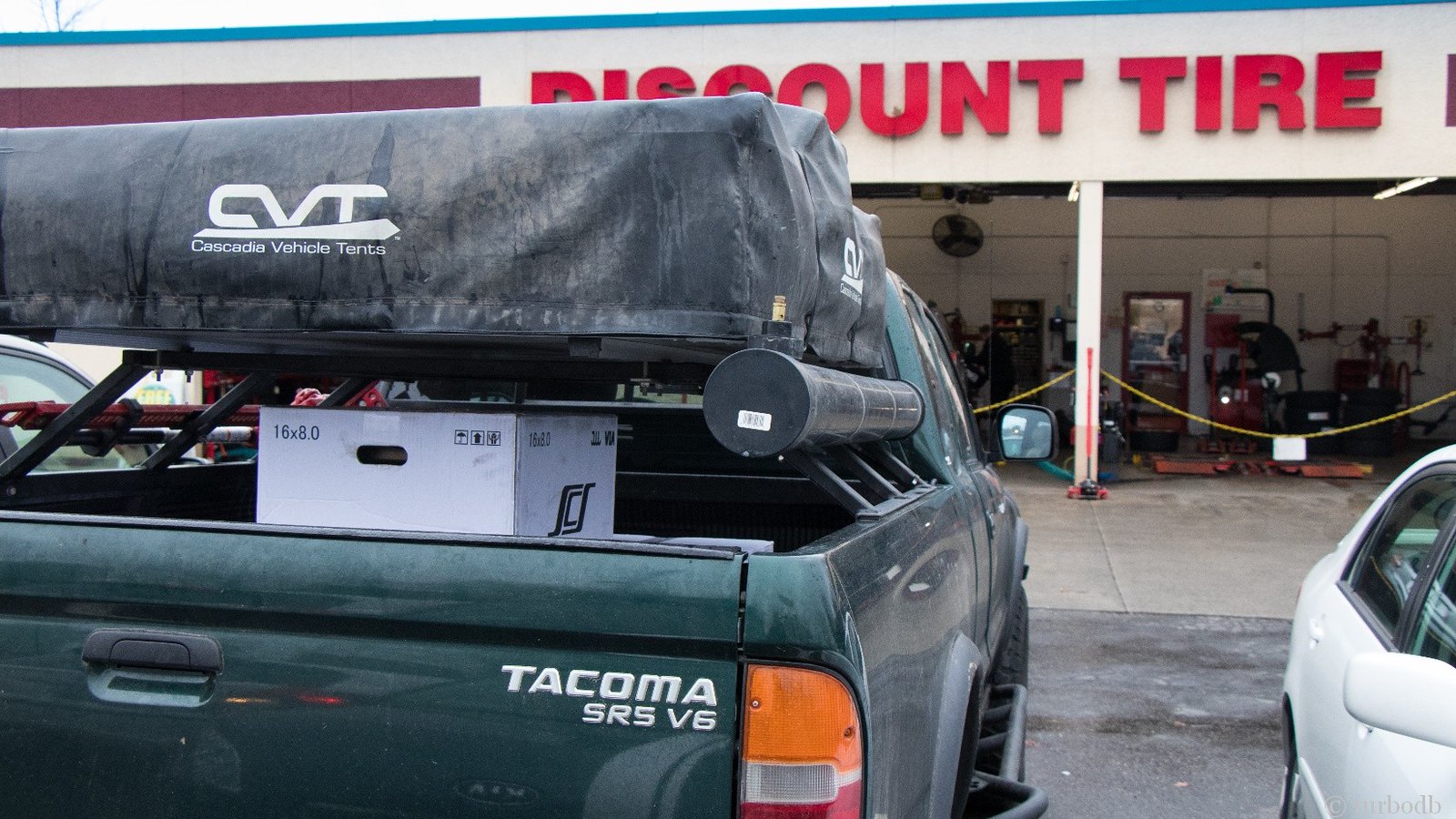 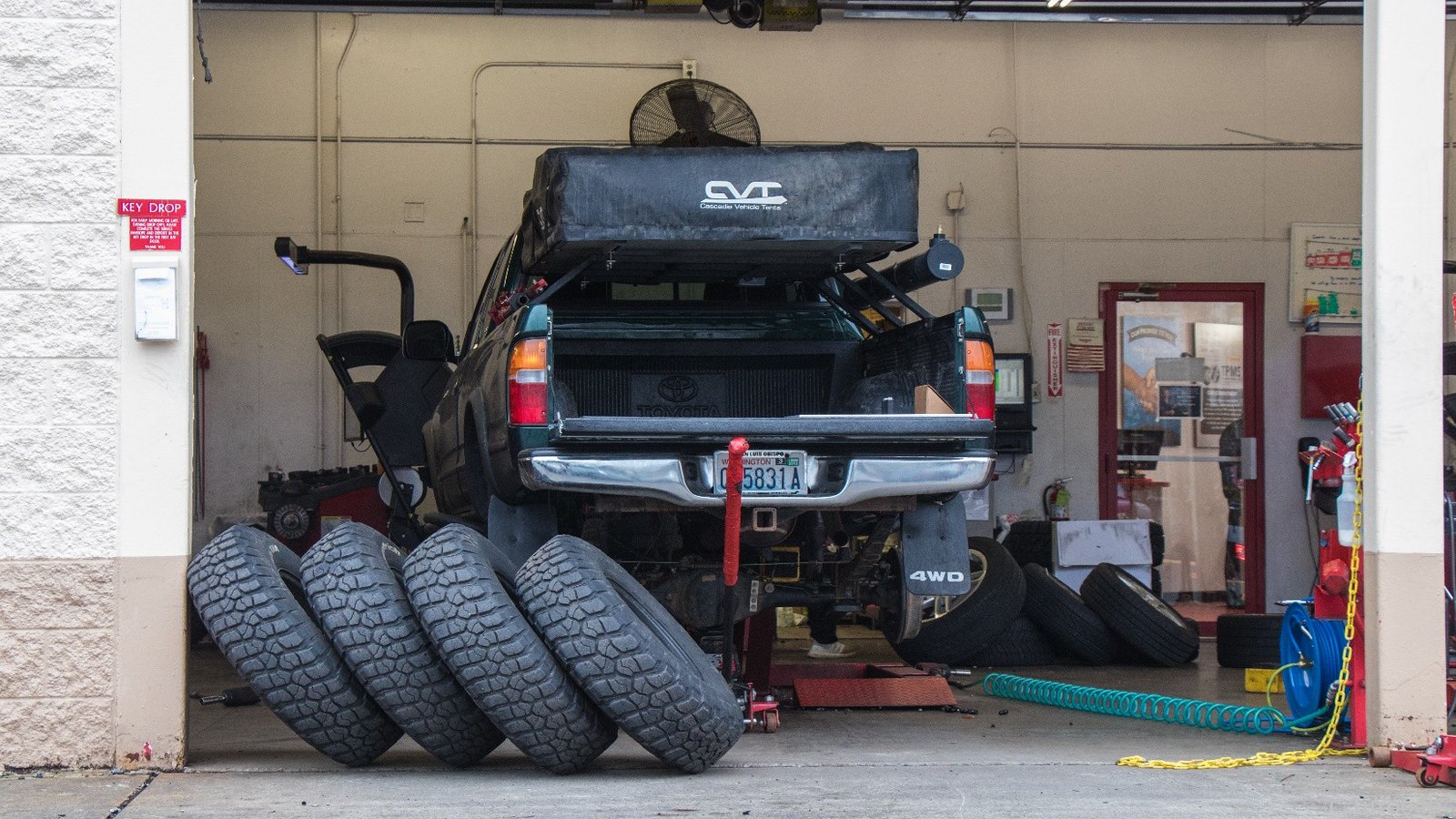 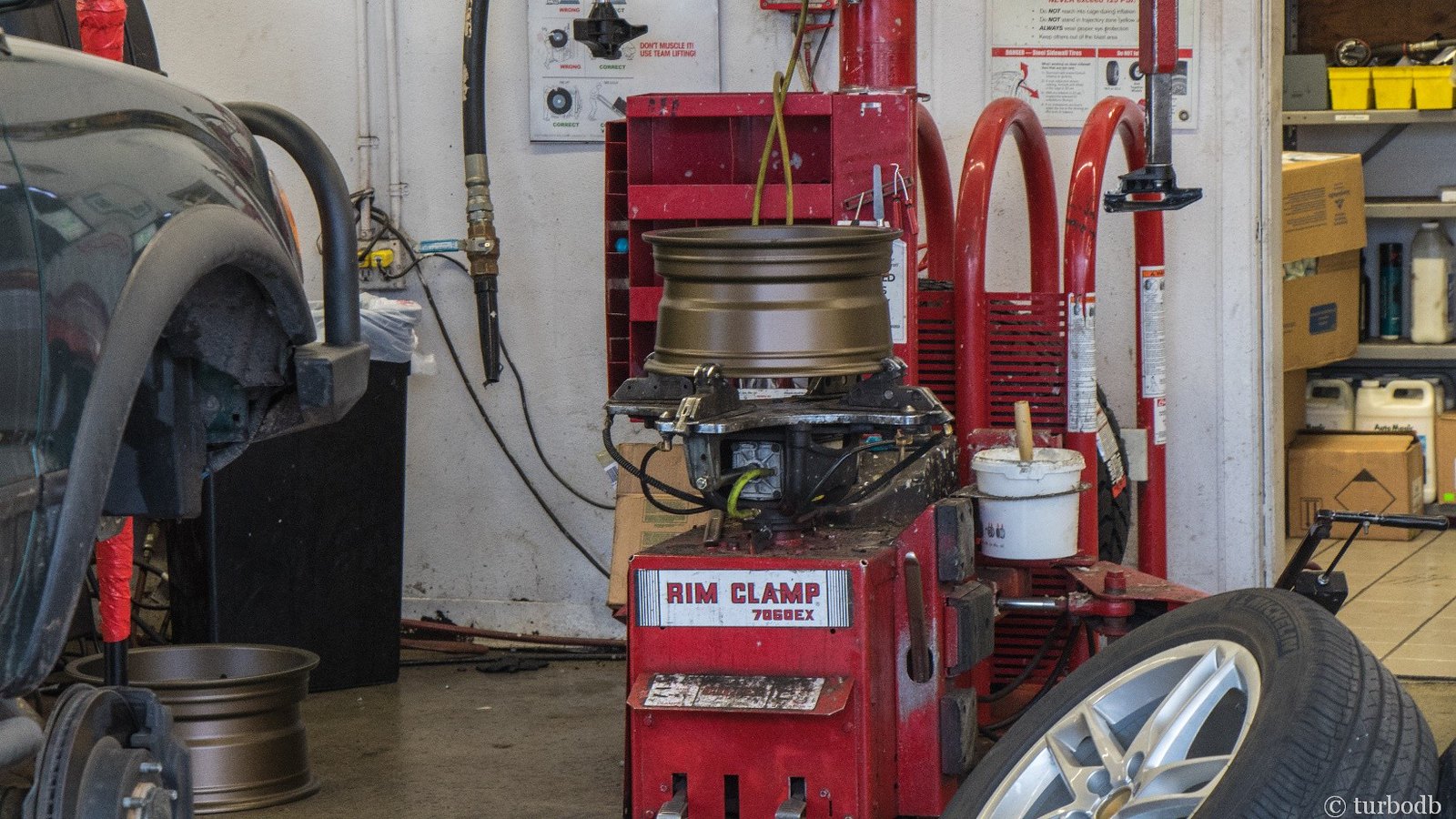 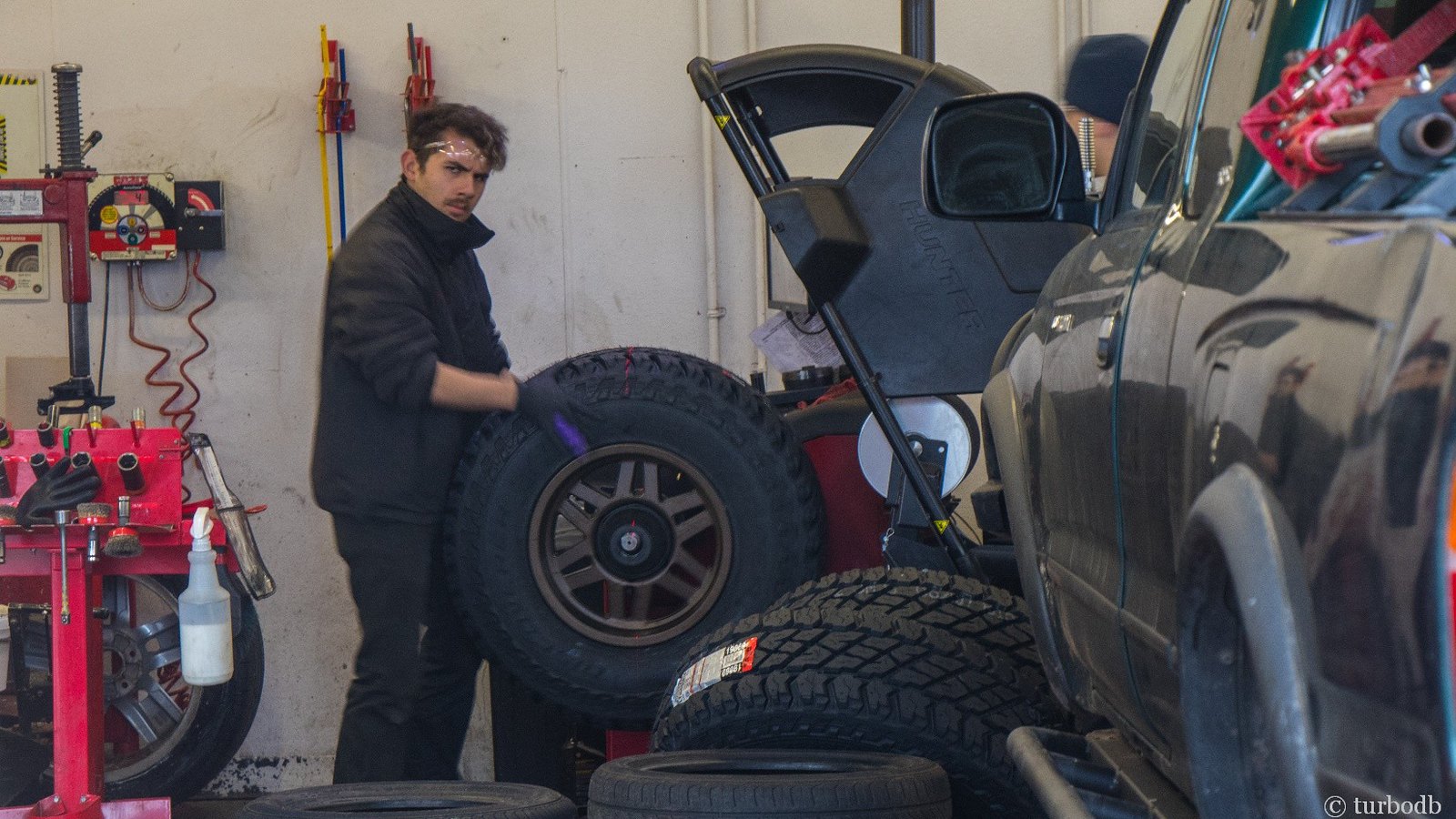 During the appointment, I was flagged down by three different people asking about the truck. The UPS driver wanted to know how I liked the RTT (he'd just gotten a SmittyBuilt, that could "only open backwards"). The store manager remarked, "I knew that was your truck - that's a nice looking rig." And another customer asked, "What's that black tube on the back?" (the shower)

An hour later, they were done.

Someday soon, I'll need to go get some better pictures on a sunny day. For now, I can say that