"Dan?" I only half heard Pops say, rousing me from my afternoon nap.

There's been an incident in camp, and we're pretty much all packed up.Pops

Well, I can tell you that getting awoken to that kind of news really gets your heart pumping. Especially with the type of afternoon we'd had so far. But, as is often the case with my stories, I'm getting ahead of myself... let's back up for a moment.

Our day had been relaxing as usual - I forget the specifics of what we did, but it was mostly around camp and likely involved plenty of reading and taking in of the nature. As lunch rolled around, we of course placed our "orders" and thoroughly enjoyed the sandwiches when they were presented to us.

And, as we ate them, we watched a lightning and thunderstorm in the distance.

This of course wasn't the first such storm to be seen at ▮▮▮▮▮▮▮▮▮▮▮▮▮  - in fact, we'd seen others in the late afternoons and evenings a canyon or two over - but it was the first one we thought might make it's way up our canyon.

As it approached, I figured it'd be a good time to go close the windows and sunroof on the truck - you know, just in case. And of course, I took a couple photos, one as I went down to the truck, and one as I headed back to camp. Clearly this thunderstorm was coming our way. 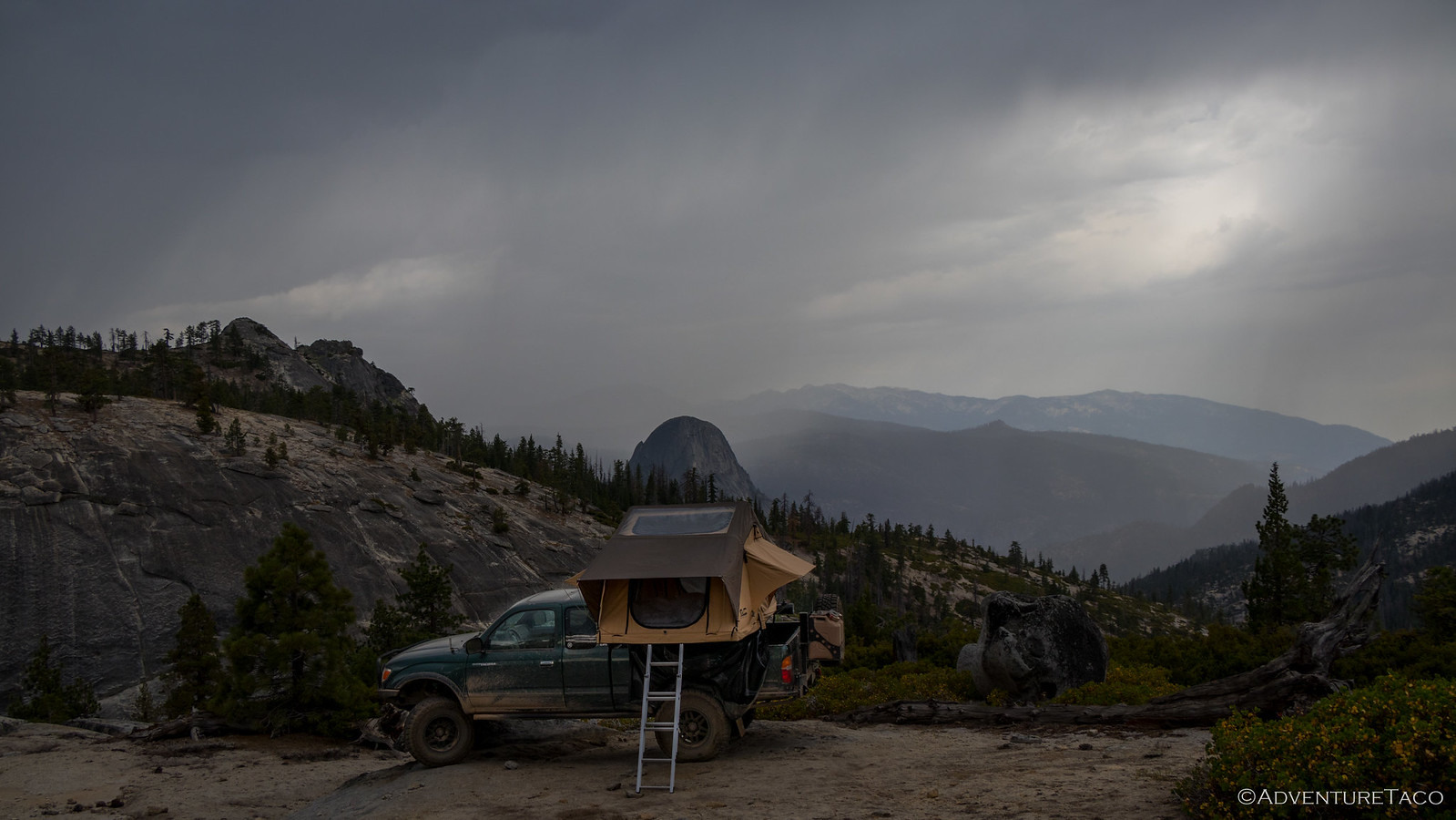 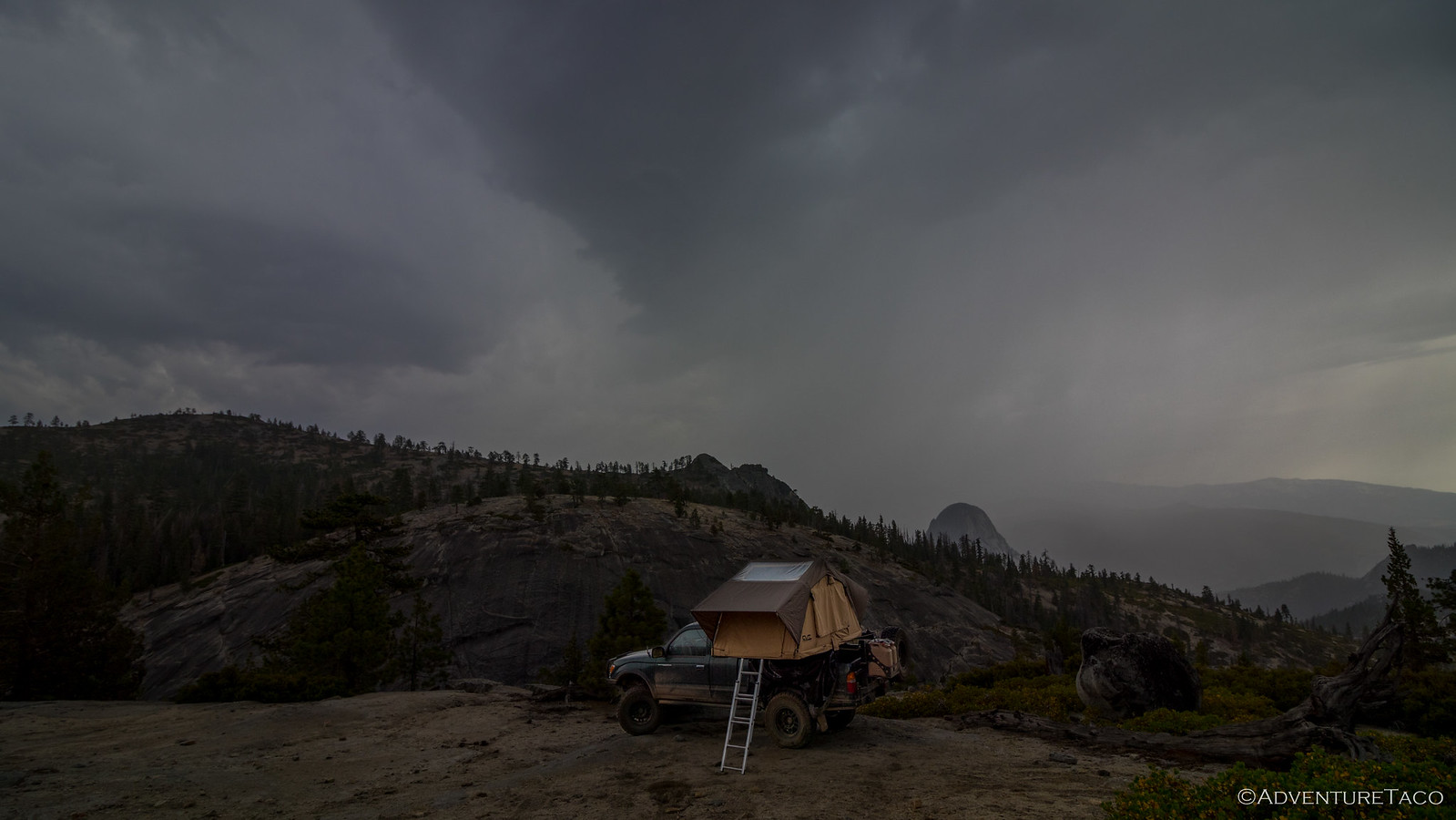 Back in camp, we all settled in to read a bit more. I believe a communication was authored (to be sent later when cell reception was momentarily available on a hike to a summit or some such) along the lines of "Rained a bit this afternoon, it was pleasant."

And then, it started to pour. A torrential downpour. Maybe half an inch of rain in 15 minutes. A bolt of lightning struck not too far away - not measured in fractions of a mile, but in hundreds of feet.

We scrambled, as you can imagine. Electronics were gathered up; the kitchen was put away; things that needed to be covered, were. Mostly.

We climbed into Dad's Jeep, all wet (but still warm - it was still a balmy 85ºF) and commenced more relaxation - reading our books, and having a generally good time.

As the downpour let up, we ventured back to outside - ready to commence our normal activities. And for me, that meant looking out at the weather and figuring there was a good chance we'd see another downpour or two - so I headed down to my tent to read and take a nap. 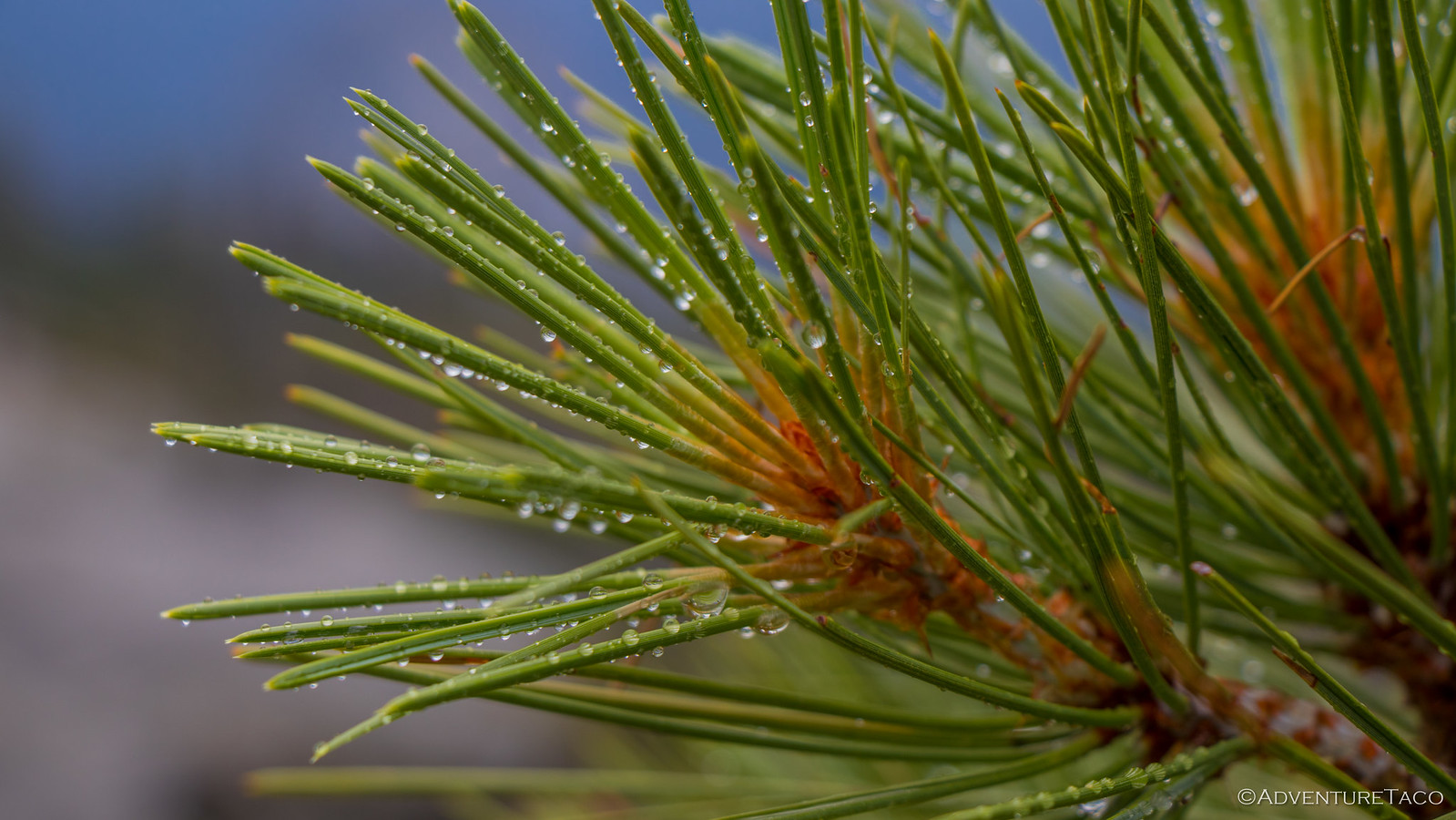 And, if I'm honest, the reading lasted about 15 minutes - and then it was just nap.

A good 90 minutes later, I was roused from my sleep - "There's been an incident in camp, and we're pretty much all packed up."  Turns out that after the second downpour, Dad and his buddy decided to move their sleeping bags into the tent they'd setup the night before. See - generally, they each lay a large tarp on the ground, then several pads and sleeping bags on top of that, and then fold the tarp back over everything during the day to protect their "under the stars" sleeping arrangements from dust, rain, and the like. But when they went to move their gear, the tarps hadn't done their job.

And not just by a little bit - everything was soaked, through and through.

Now, one could argue that perhaps like the fogies, 25-year old tarps may not be at the top of their game. But we were all polite enough not to bring that up on the trip itself. Instead, we commiserated about the bummer (given the blue we could now see in the sky) and I set about packing up my tent and getting the truck outfitted for the drive out.

Of course, we needed a few final photos, and so we maneuvered the trucks into position for our parting shots! 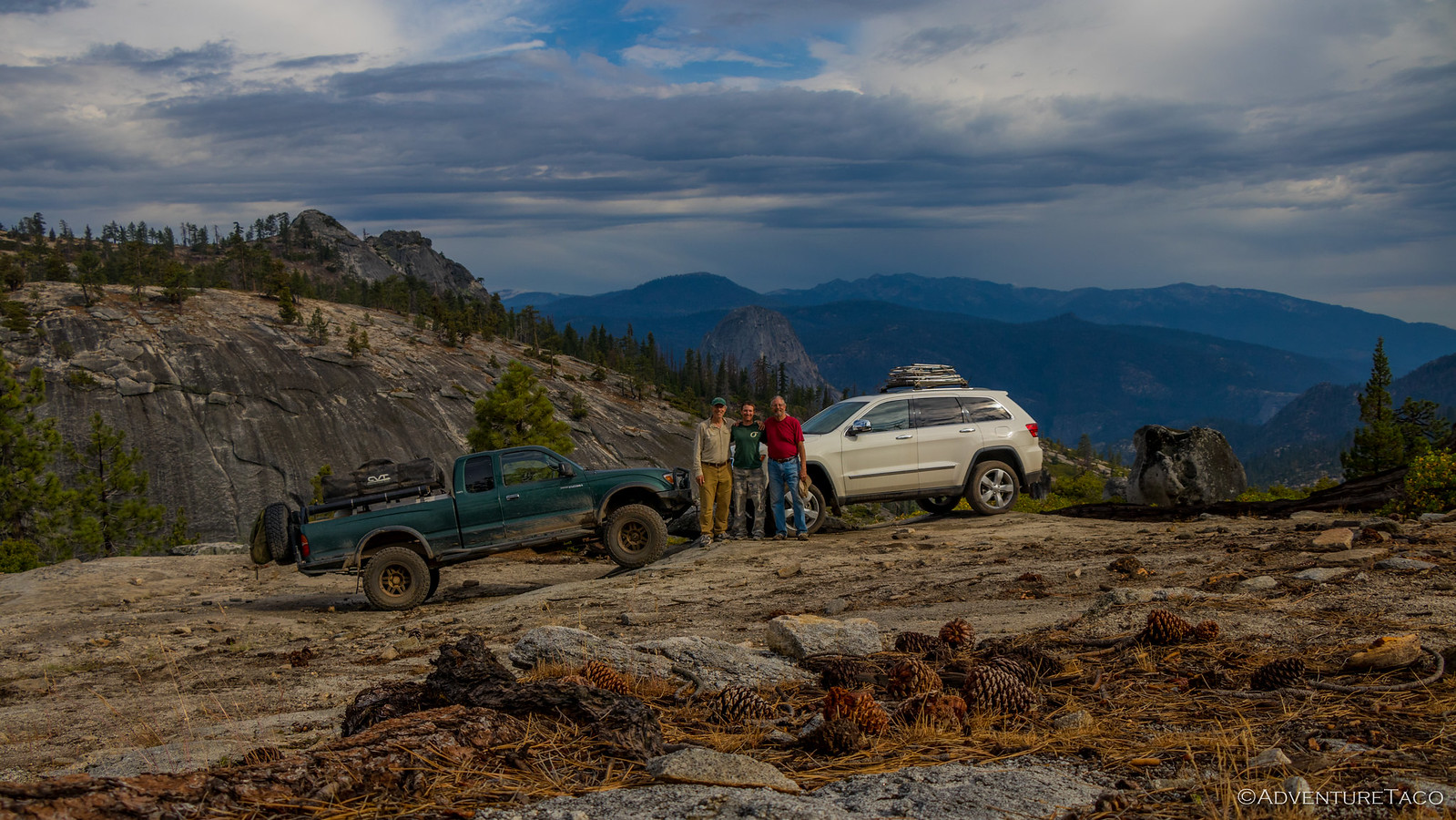 And with that, we were off! Another trip to ▮▮▮▮▮▮▮▮▮▮▮▮▮  in the bag - my first, and all of us hoping there were many more to come. 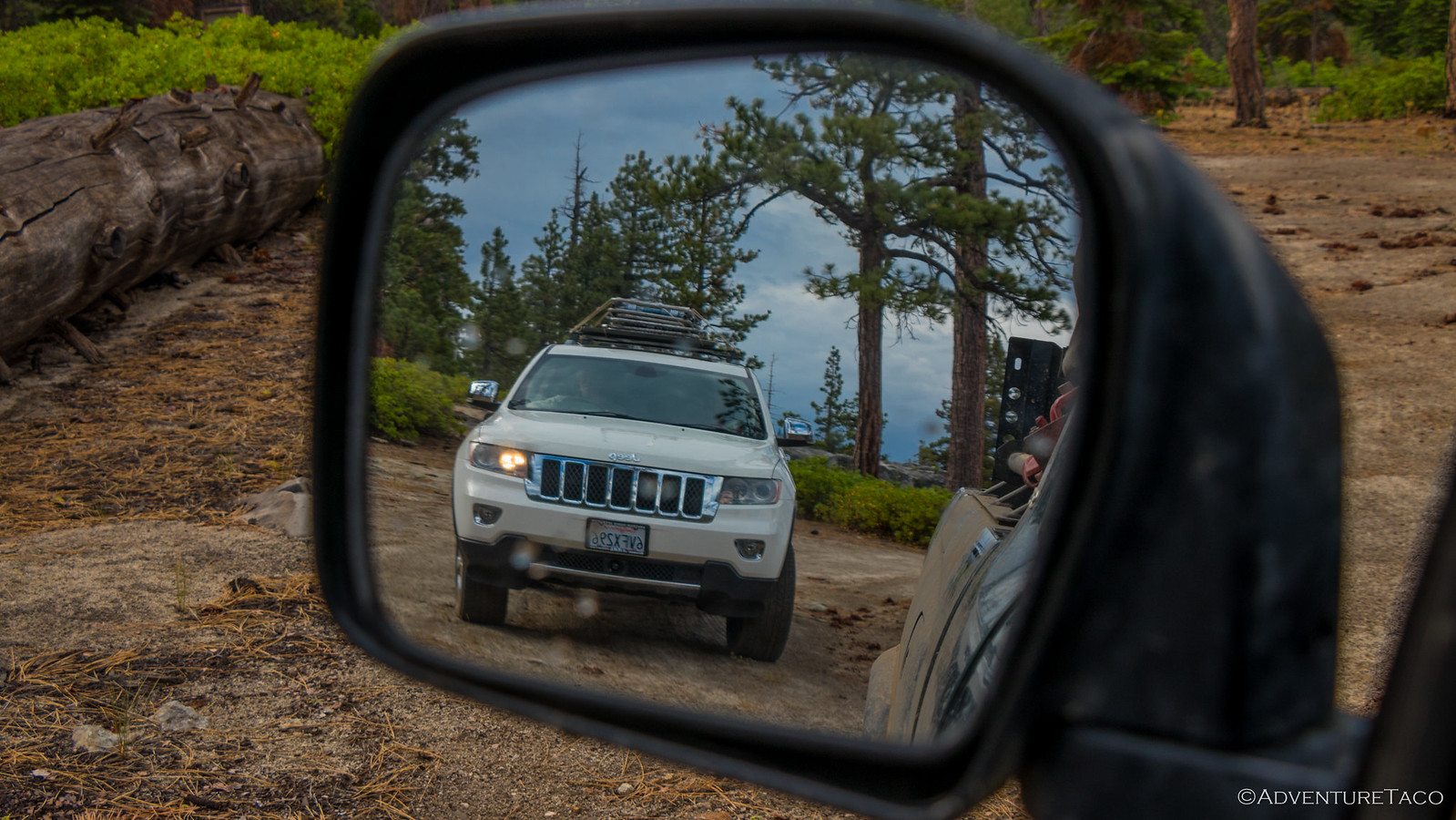 Back in the Bay Area, I picked up @mrs.turbodb and we headed north - one more night of camping to cap our three weeks of adventure. We were both looking forward to it, knowing that we'd be near Mt. Shasta and Castle Crags right around the time we'd want to setup camp.

We weren't sure exactly where we were going to camp for the night; we only knew that it wouldn't be at Castle Crags State Park, our allergy to campgrounds and their associated noise strong on our last night. So, as we neared the area, we decided to explore up a forest road towards Girard Ridge and see what we could find.

Initially of course, we found Girard Ridge Lookout. This is a cool place with great views, and not your standard fire lookout. This one's been decommissioned from that duty and is now rentable ($75/night) on a first come, first serve basis. 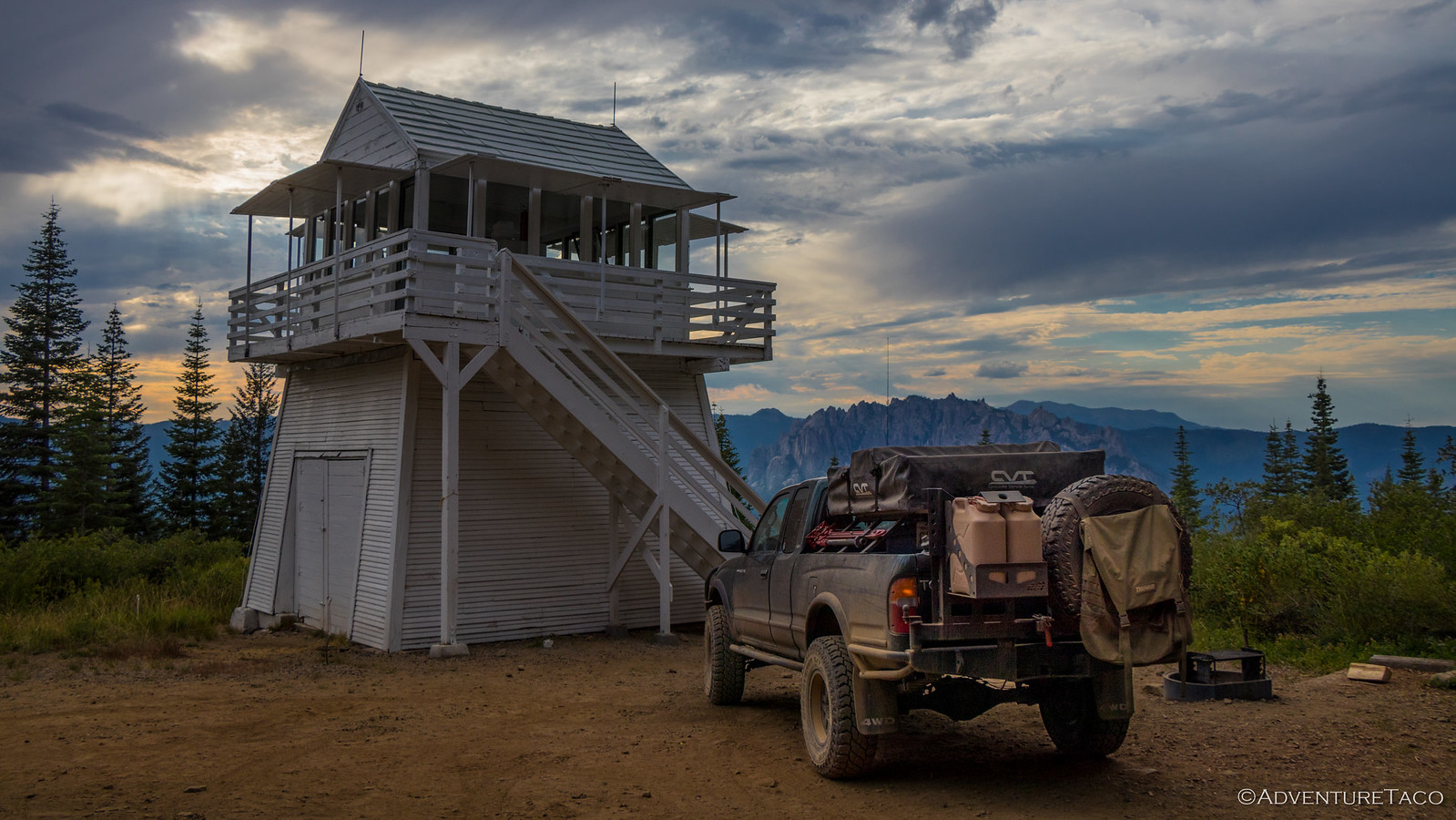 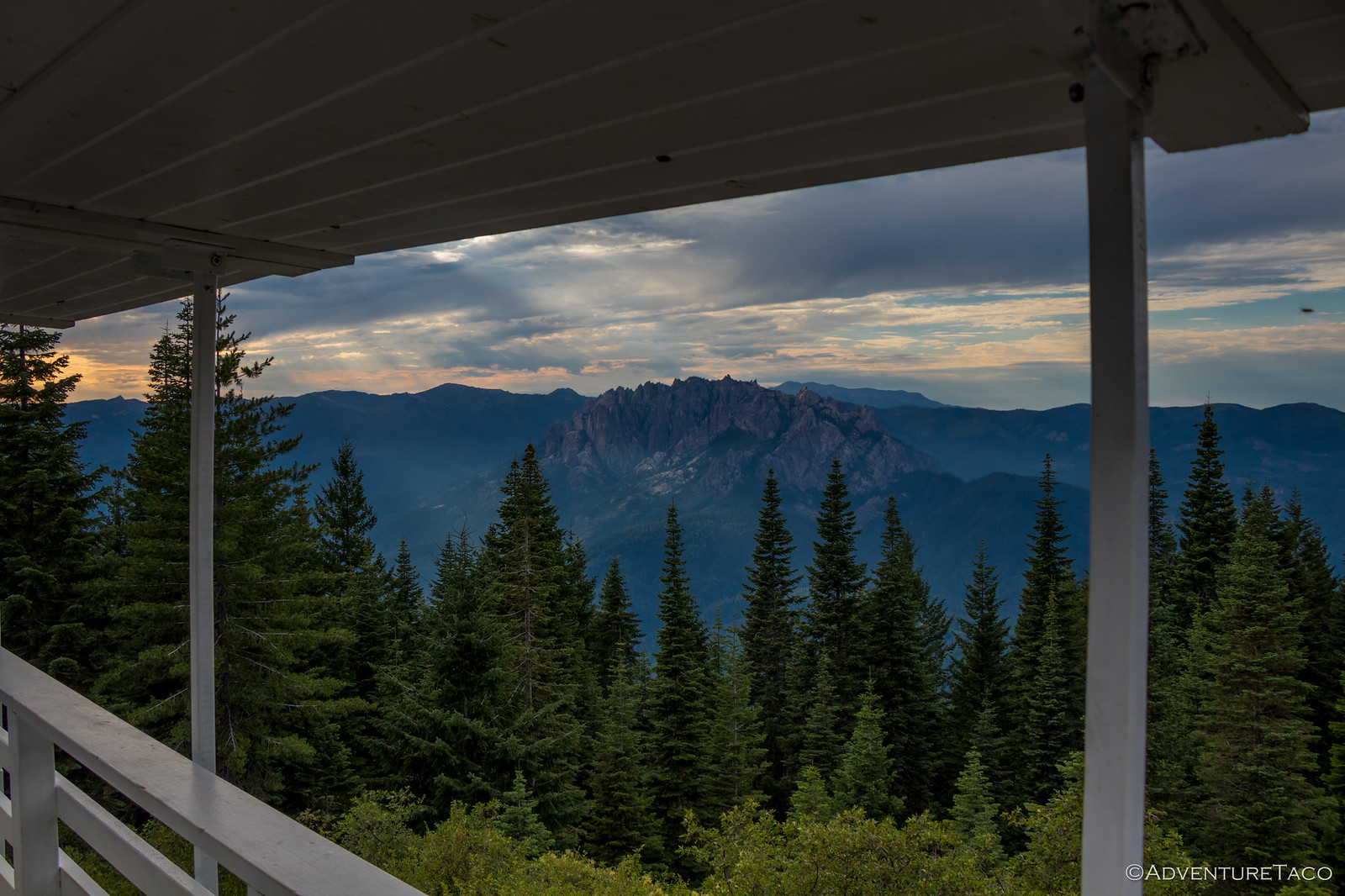 Somewhat surprised to be the only ones there, we figured we could probably do better if we set out for something a bit more off the beaten path, and so with an hour or two before sunset we started exploring. We were pleasantly surprised with the roads we found, a couple of them looking promising - lightly traveled, along ridges, and dead ends that meant we wouldn't see any through-traffic.

As we high-fived our good fortune, a bear ran across the road! So cool. 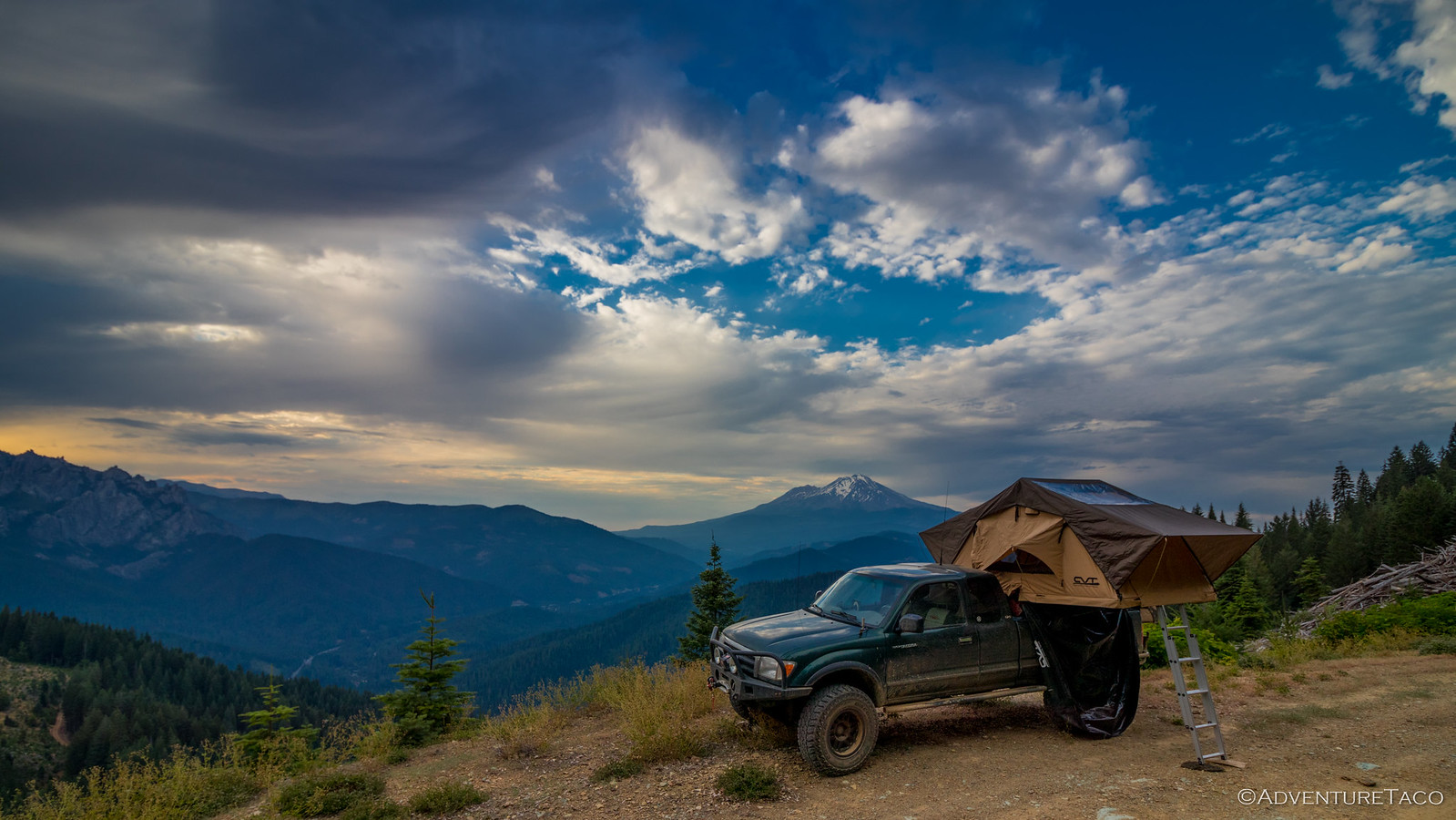 With both Castle Crags and Mt. Shasta in the background, we'd totally scored; the view out of our tent one that commercials are made of. 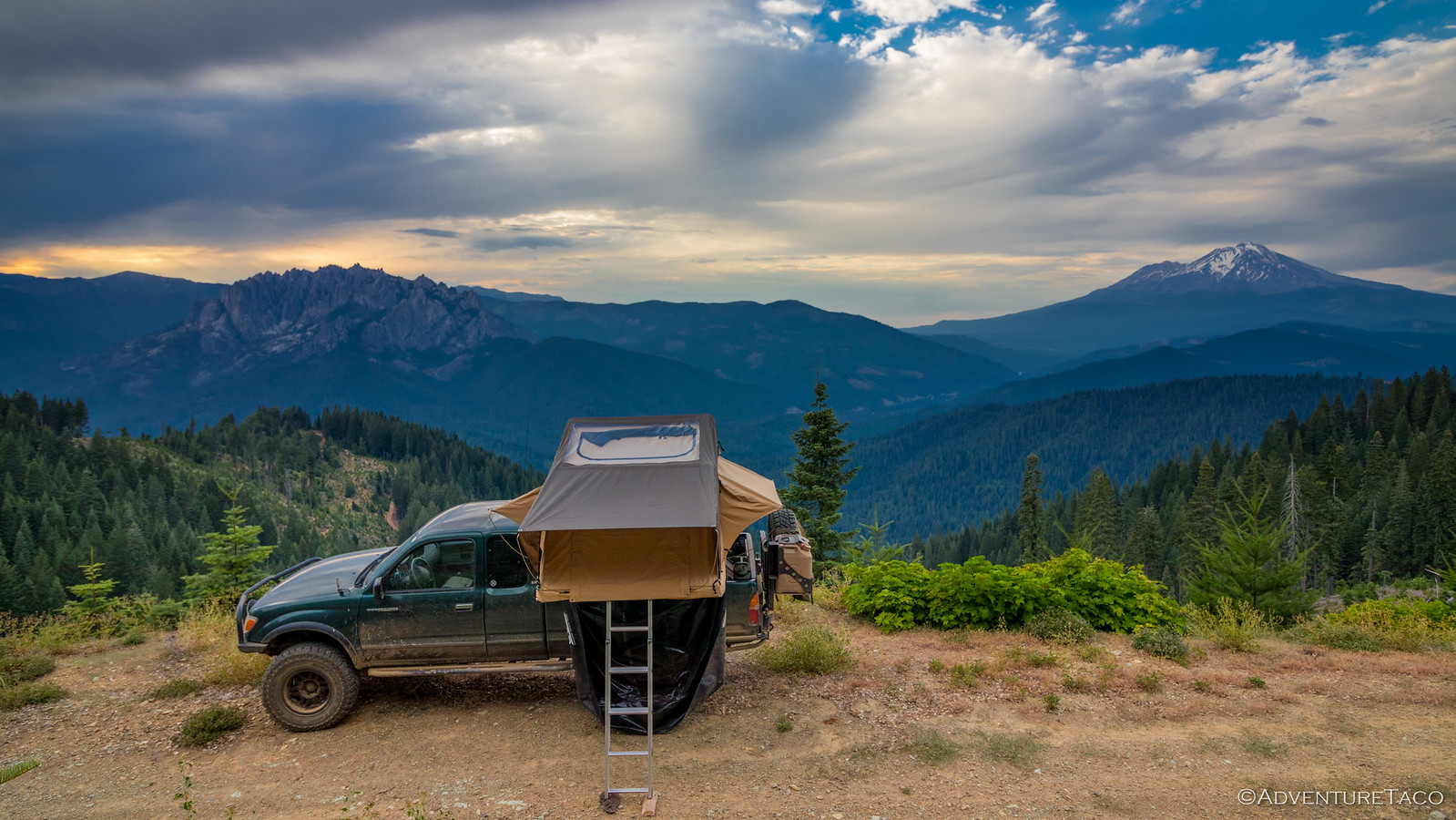 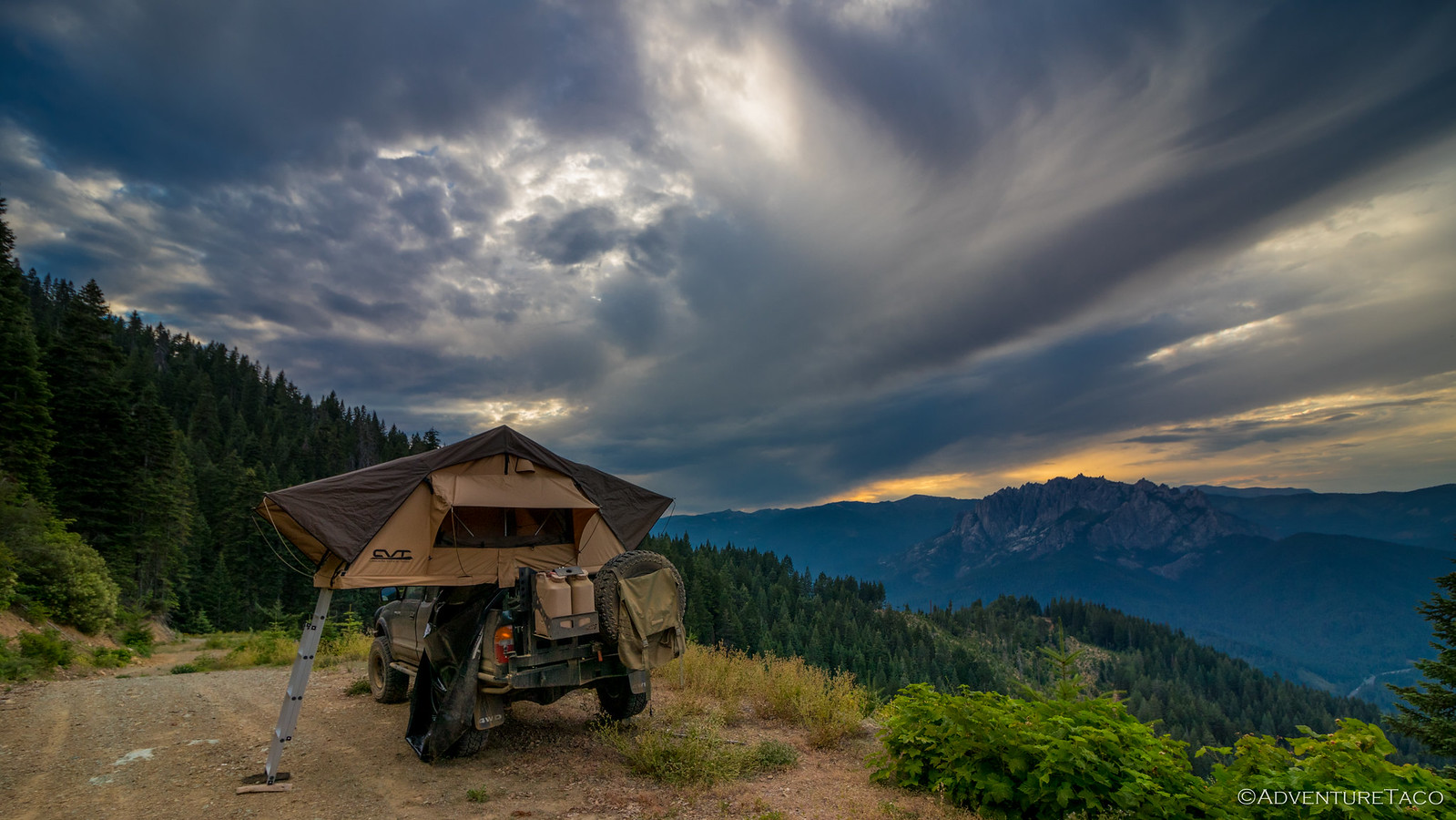 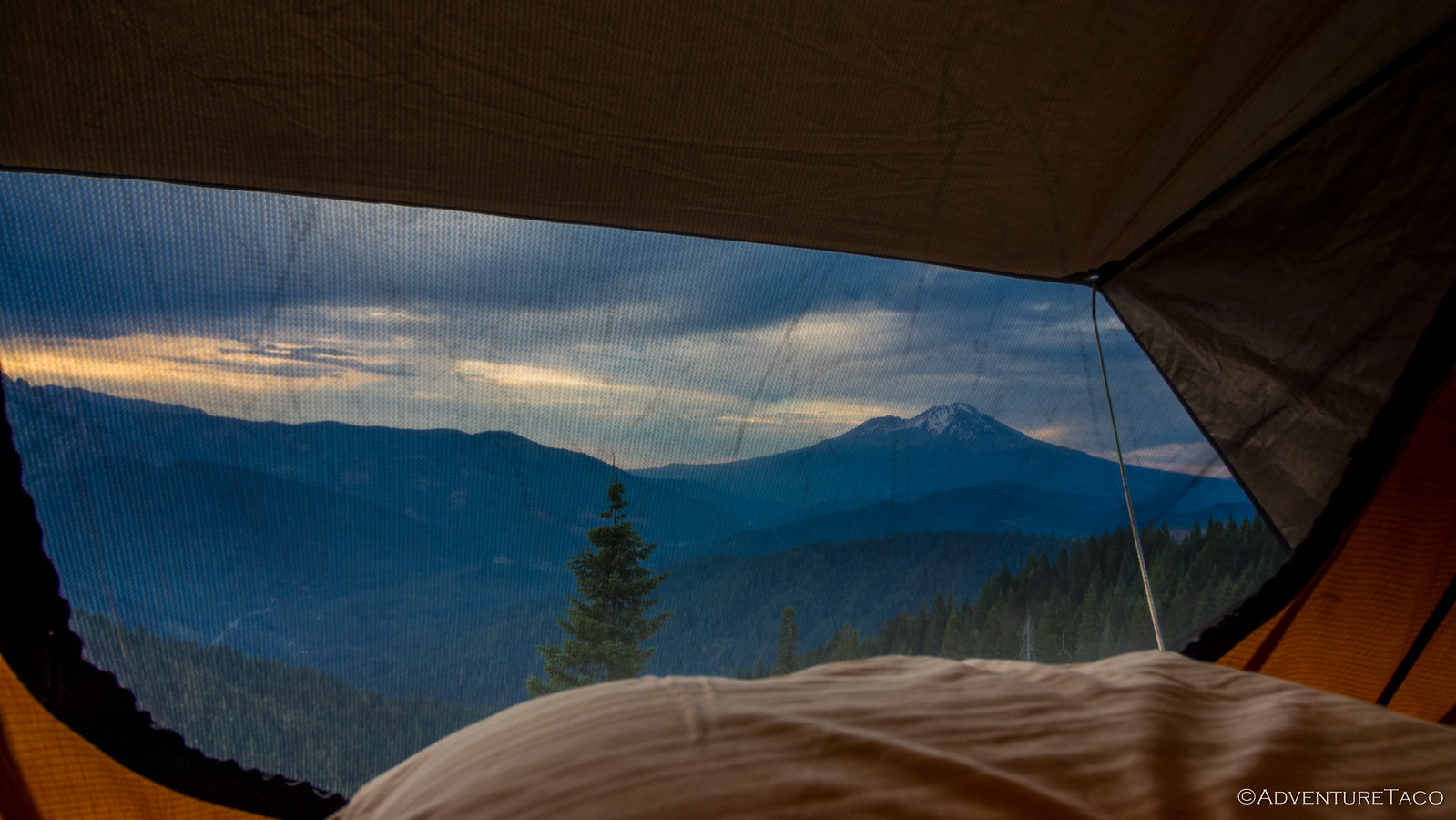 Having already eaten, and tired from a long day of driving, we decided it'd be a good evening to just read, relax, and enjoy the sunset and view out the tent window. Well, as usual - for me at least - the reading led to sleeping, and I nearly missed sunset! 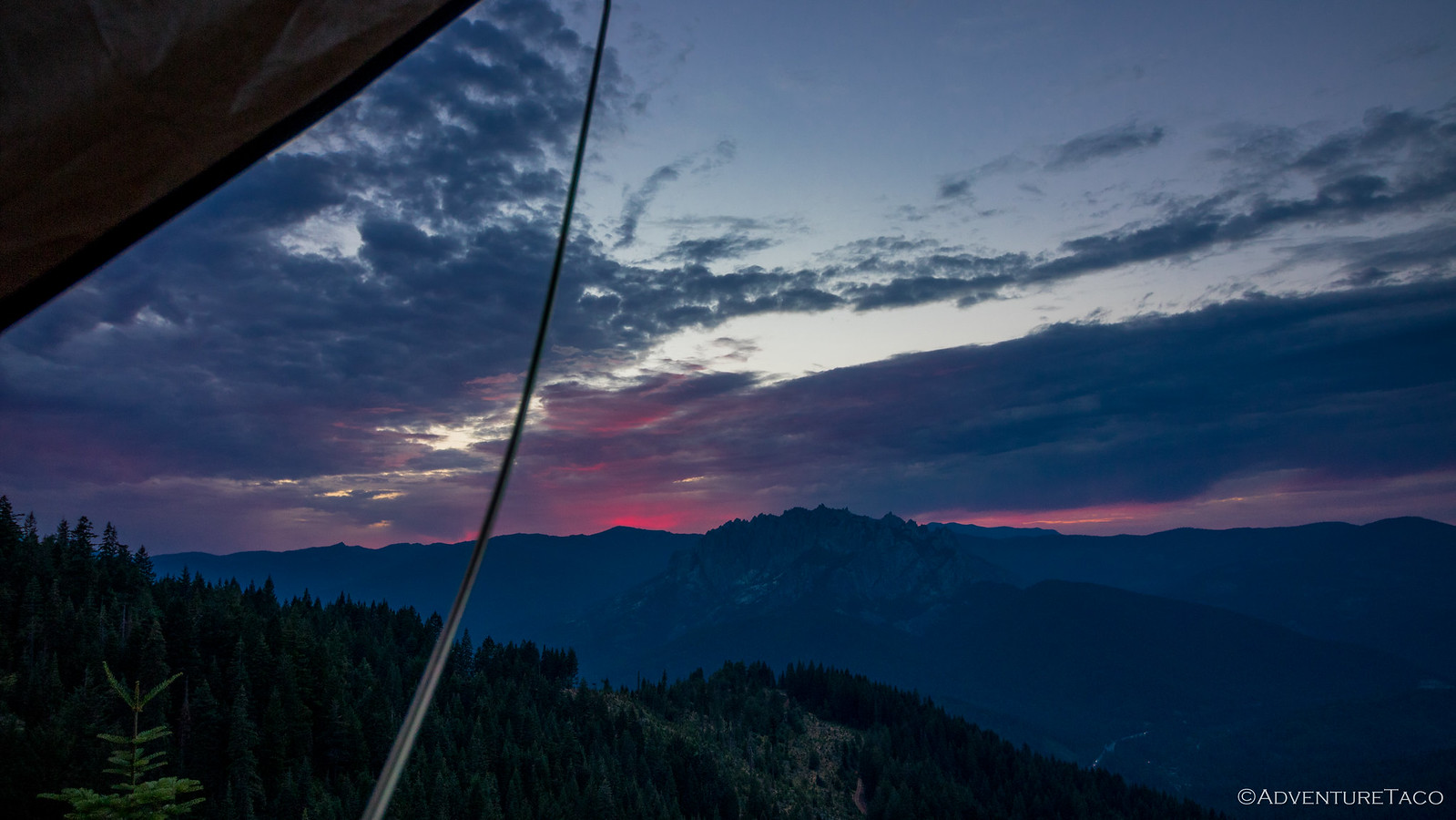 Luckily the camera was already in the tent, so a quick click of the lens and I went right back to sleep. A bit of rain fell overnight, but the air temps were warmish, and there was a bit of a breeze - so by morning the tent was dry again; always nice on the last day of a trip.

Oh, and sunrise. Yeah, it was pretty nice too from the tent - complete with a rainbow. 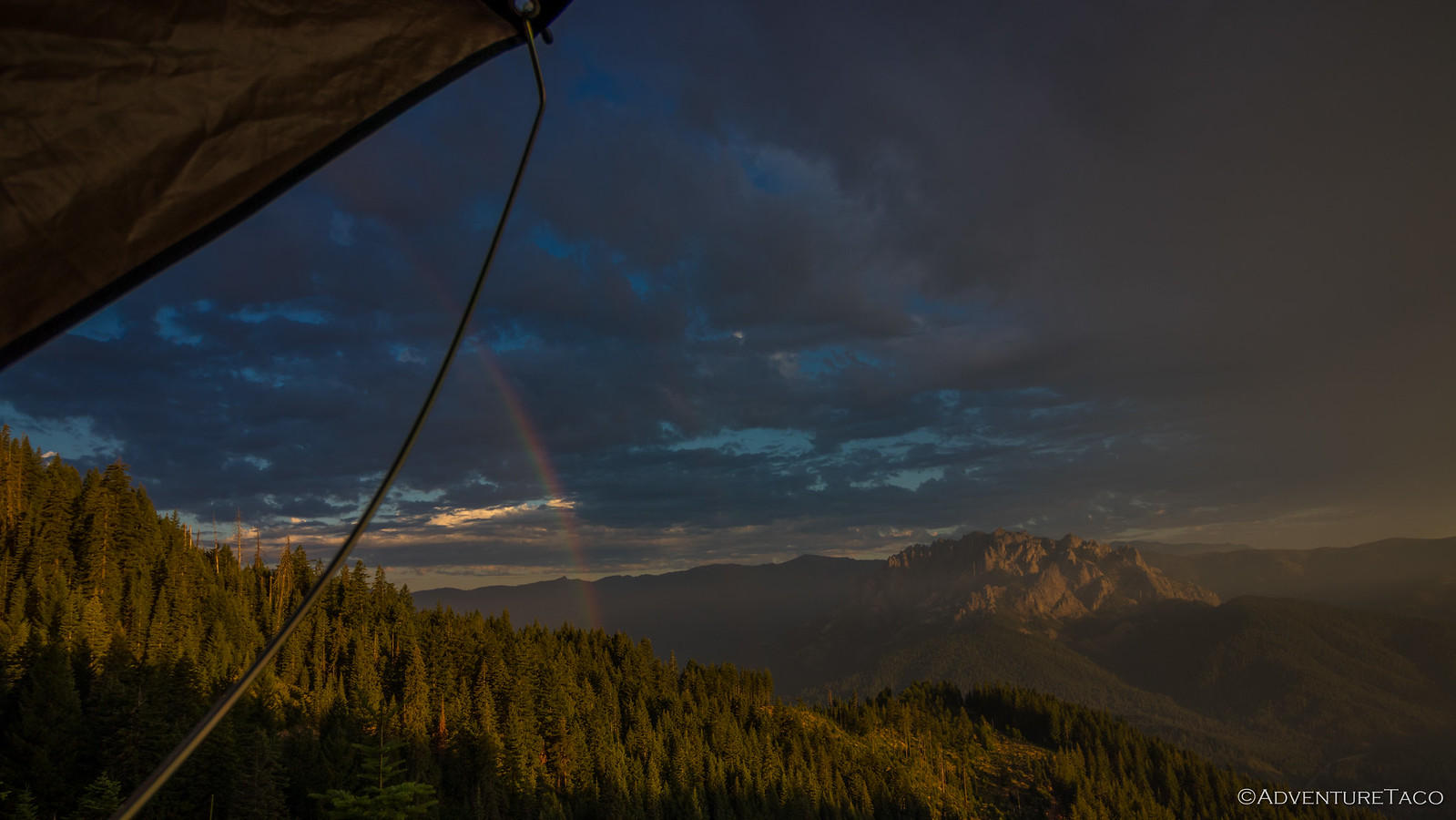 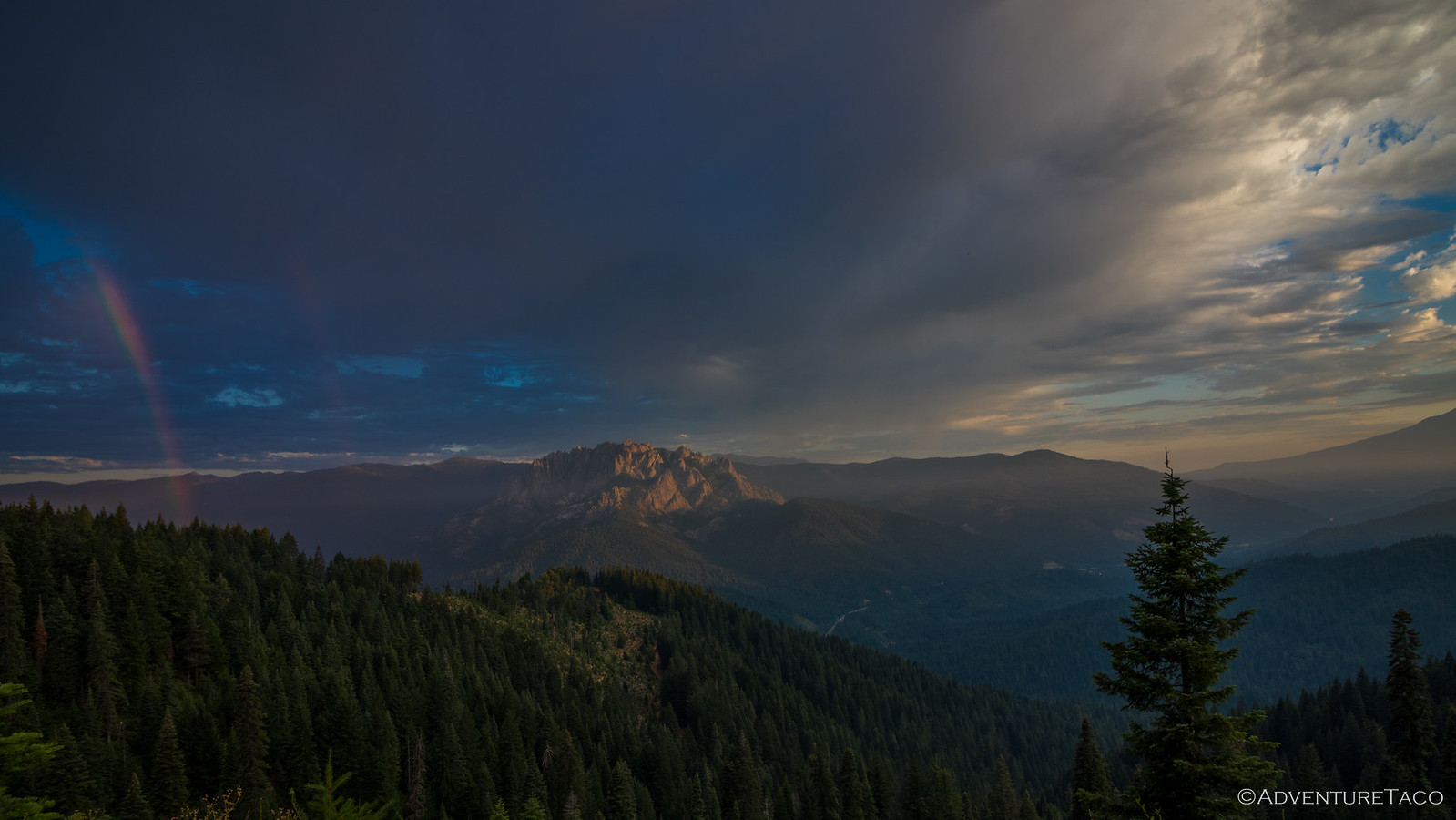 By 8:00am we pulled ourselves out of bed - another long day of driving in front of us to get home. And as the sky cleared and the sun lit up Castle Crags, we folded up the tent for the last time. It'd been a great three weeks on the WABDR, in Idaho with friends, and exploring the Sierra's in California! 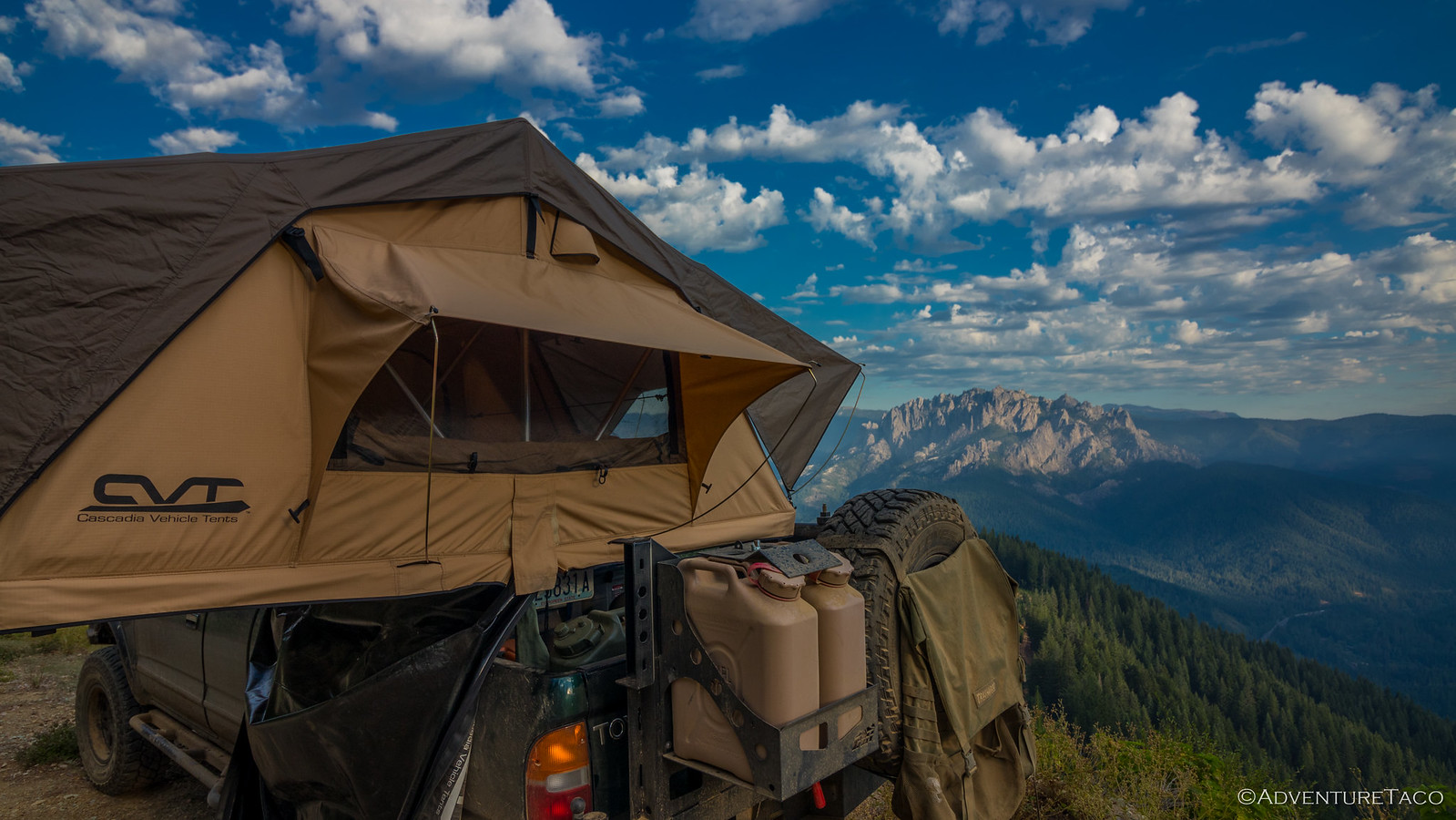 There's More to Somewhere in the Sierras

Sierras Part 3: We Adventure Out!