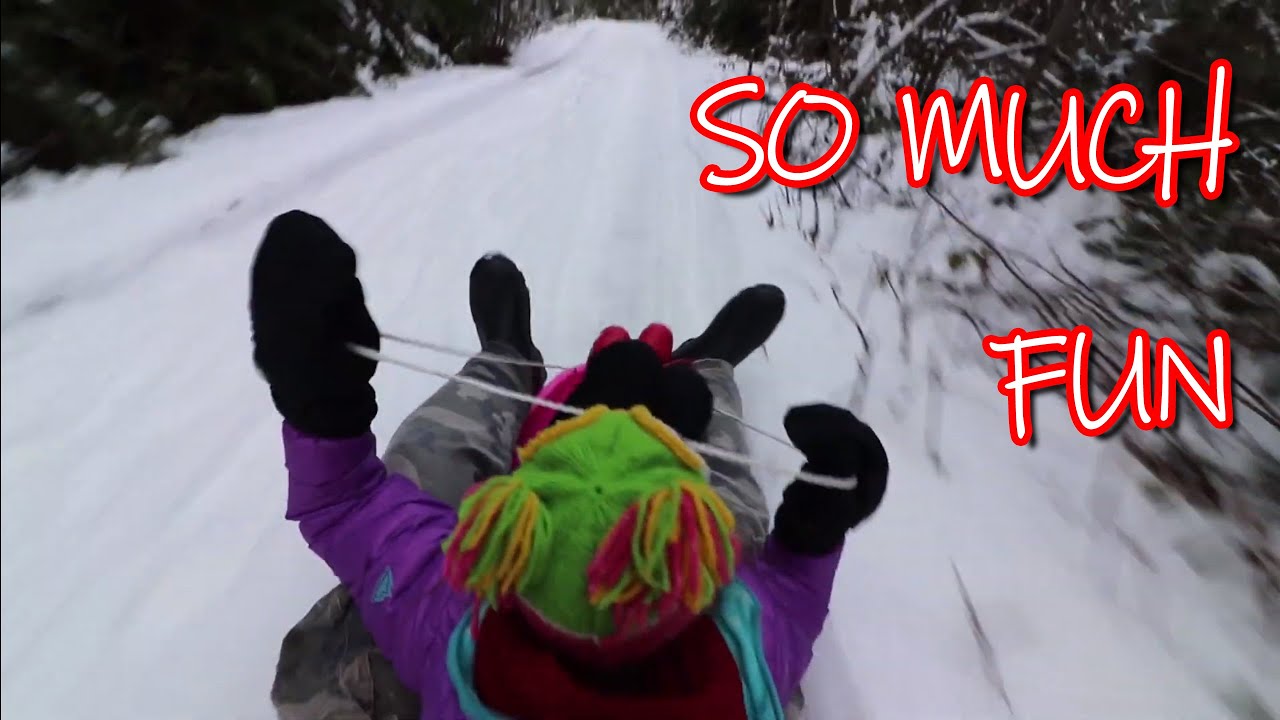 We Go Sledding and @mini.turbodb Didn't Hate It!

With Christmas vacation in full swing, we've been having a great time. There are lots of new toys to play with around the house, there are activities to keep us busy during the day, and the newly introduced household chores - and associated weekly allowance - have @mini.turbodb in high spirits.

Oh, to be eight years old.

But, when @mrs.turbodb suggested that we get bundled up and head up into the mountains to get in some sledding and enjoy the snow, the child was having none of it. "I hate the snow, it's too cold." - The words spilled out of her mouth with such ease that I had a hard time believing that this was the same child who immediately takes off her shoes and socks upon entering the house in the dead of winter, complaining that she's "too hot" after walking 50 feet from the car to the house.

Obviously - as loving parents - we made the executive decision that we were going anyway because, snow is awesome. So we donned our warmest of clothes, packed up the sled, and took the new-to-us 4Runner on it's maiden off-pavement adventure.

Our destination was one we've visited before - a little place up I-90 that we seem to frequent on an annual basis for one reason or another - a place we've even led other 4Runners on their maiden adventures. A place that we hoped would have enough snow for sledding and some snow balls, but not so much that it was impassable for the as-good-as-grip-less passenger tires we are still sporting on the 4Runner.

Things didn't look good at first - as we exited the freeway, there was no snow to be seen, but as the FS road climbed into the mountains, we started to see patches of white - then white on the road - and finally, snowy conditions.

The 4Runner was doing it. Perhaps not with as much confidence as the Tacoma, but with four wheel drive, it was plodding along OK. 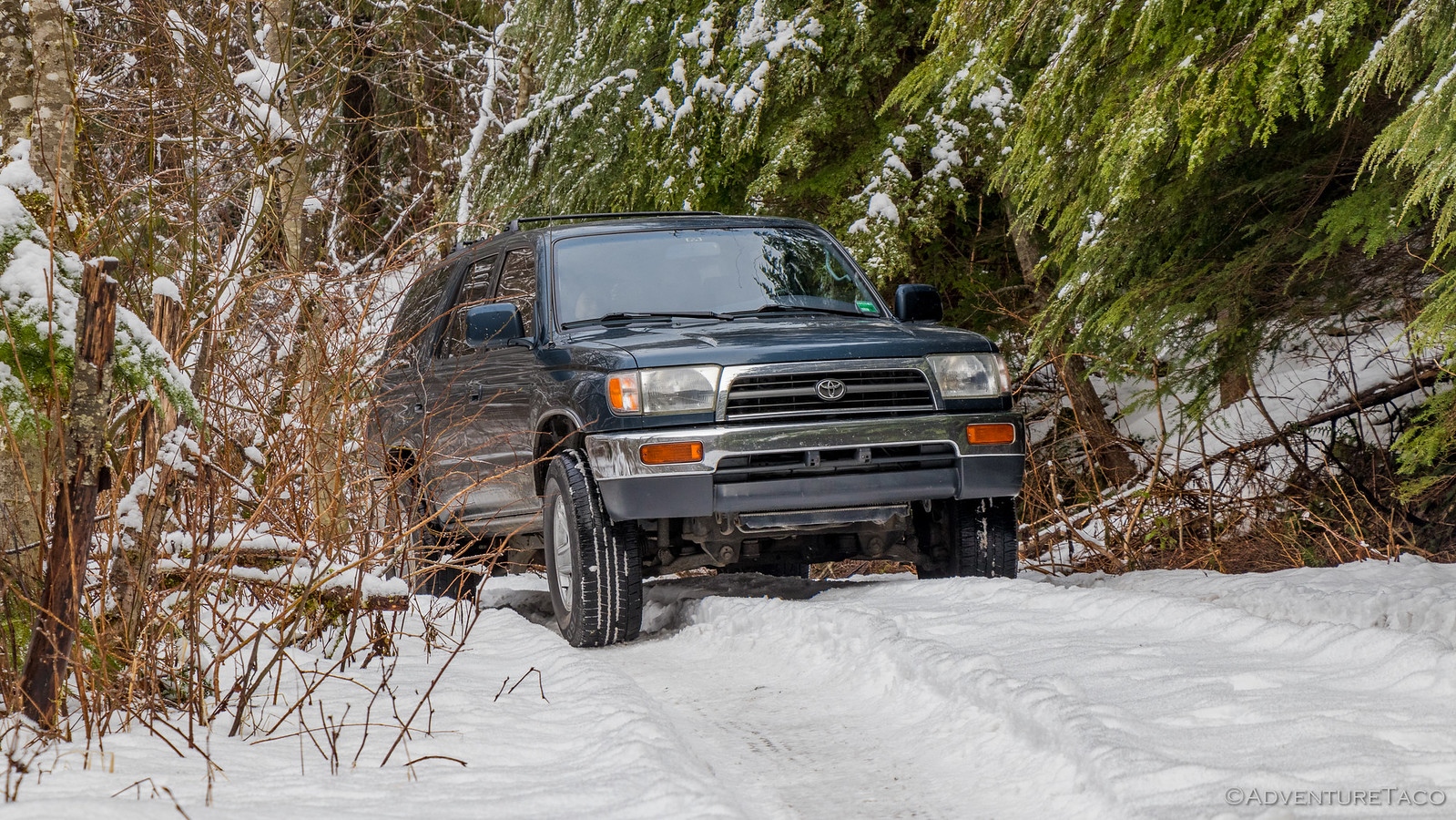 For a while. There are two semi-sticky spots on this trail, the first being just after a water crossing where the road is a bit rutted and so you end up with the majority of your weight on two wheels. As tame as it looks, the 4Runner wasn't having any of that - it's wheels spinning, hunting for traction they couldn't find. 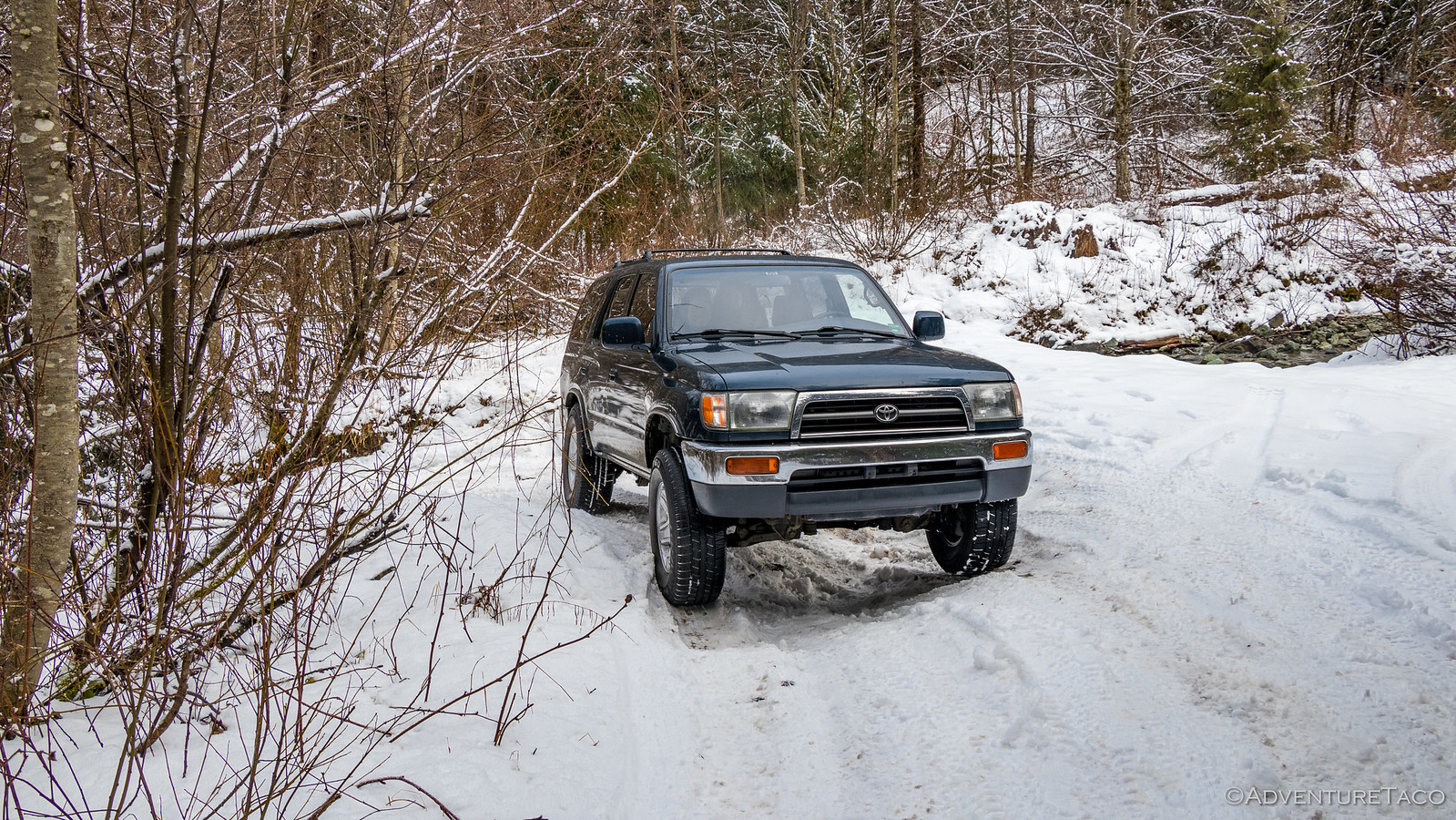 Just look at that rear - all flexed out. Droop for days. Eat your heart out Tacoma! 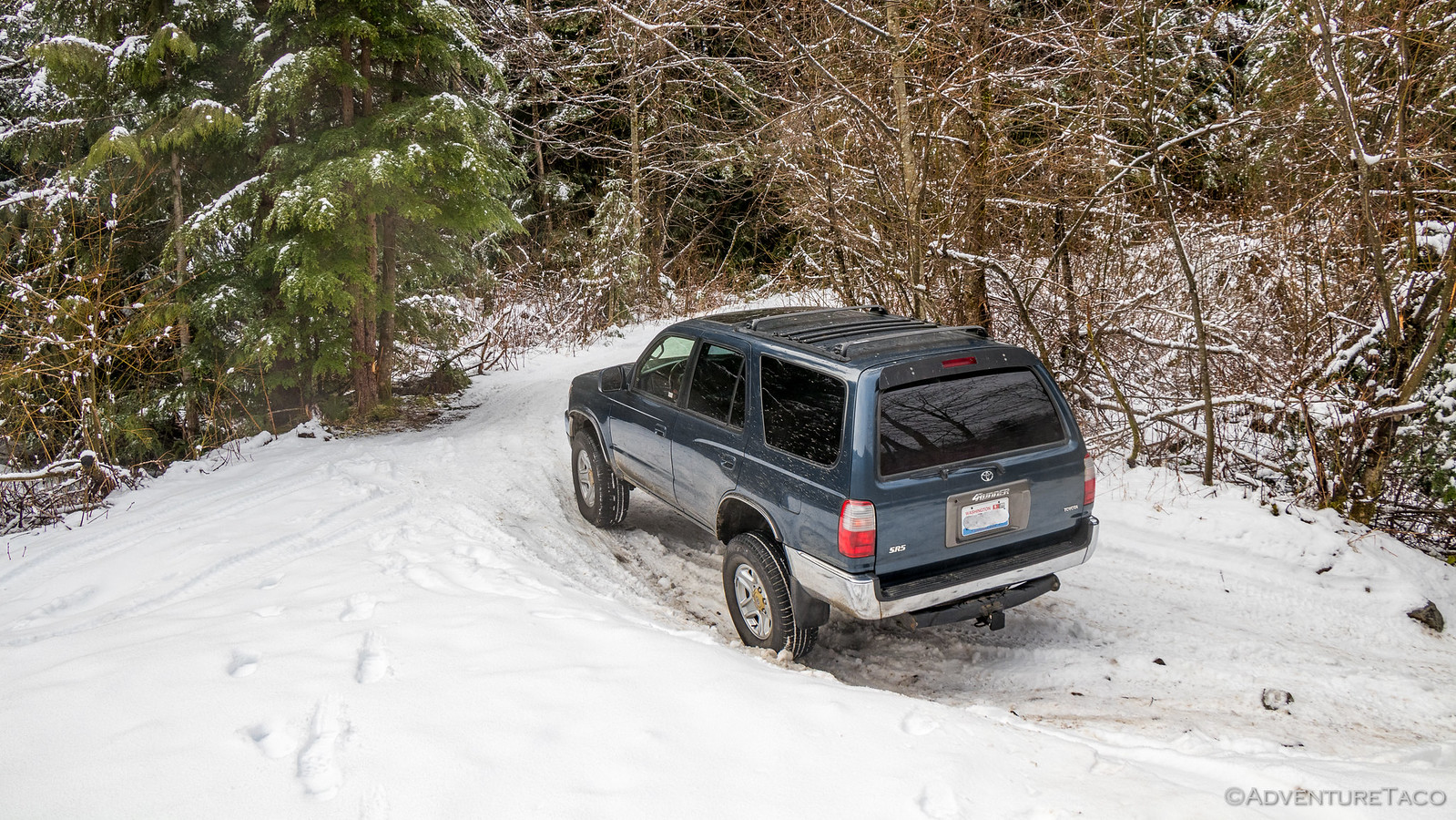 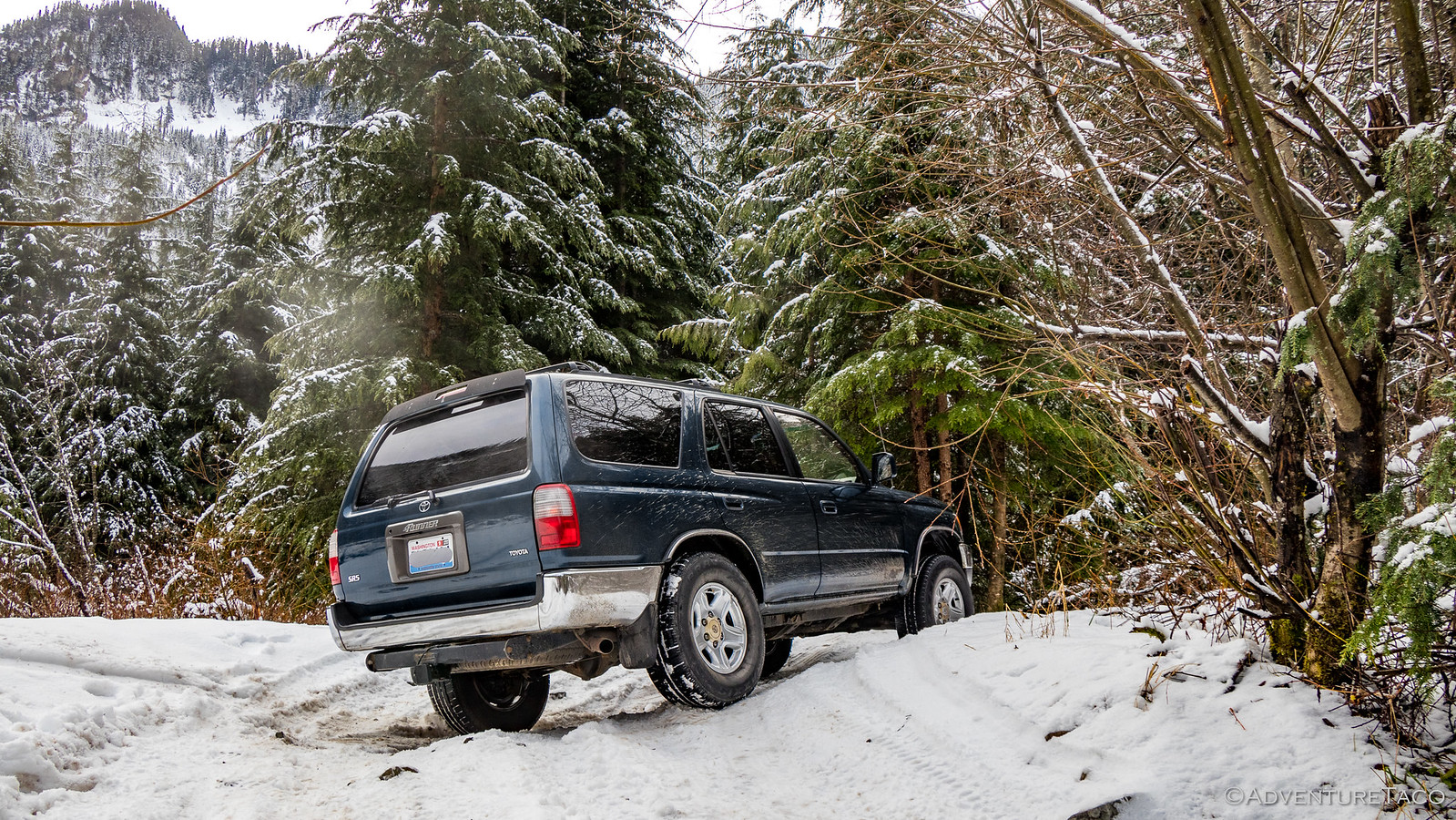 Not wanting to get all this way only to turn around, I decided that a little skinny pedal momentum was just what this situation called for - so I rolled back a few feet and gave it the juice. Oh, how I wish I could have caught the looks and screams from the two ladies in the car - though their smiles seemed to suggest that they were enjoying being terrified! 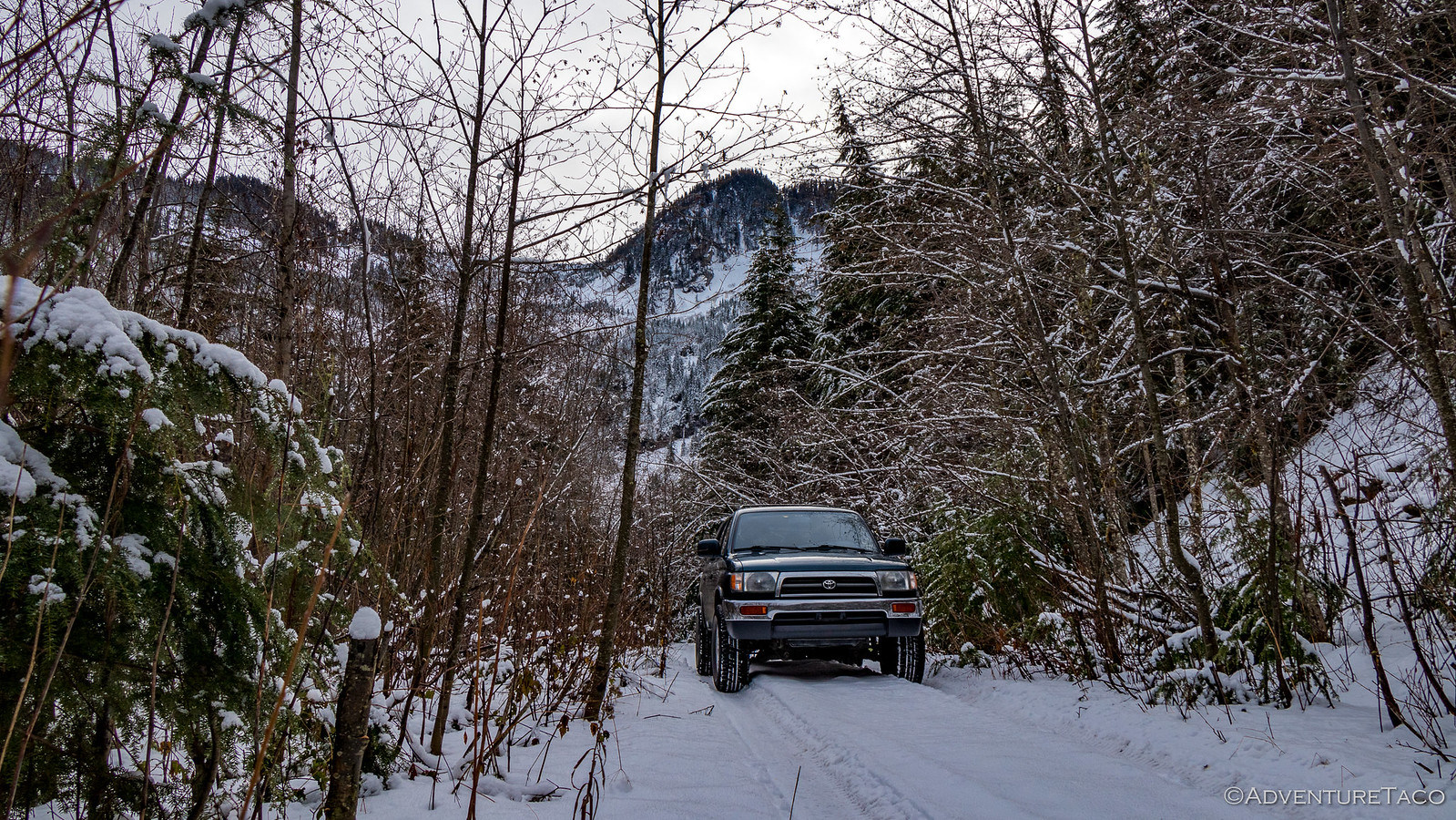 A bit further up the road we came to a long, gentle downhill, curvy section that I knew would be perfect for sledding. It was just steep enough that the kiddo would get going the perfect speed - "so fast" to her, "way too fast" to @mrs.turbodb, and "slow enough that I could run and catch her if I needed to" for me.

With only about 8 inches of relatively compacted snow, there was just enough that the tire tracks made the perfect sled run - pre-compacted and structural enough to keep the sled on the road for a good 500 feet or so - a 50 second run!

Everyone had a blast! @mini.turbodb went solo, solo with a starting push, and with all combinations of parents as copilots. We even had one run where we all piled in together, our mass allowing us to reach speeds - judging from the screams - just short of the sound barrier. 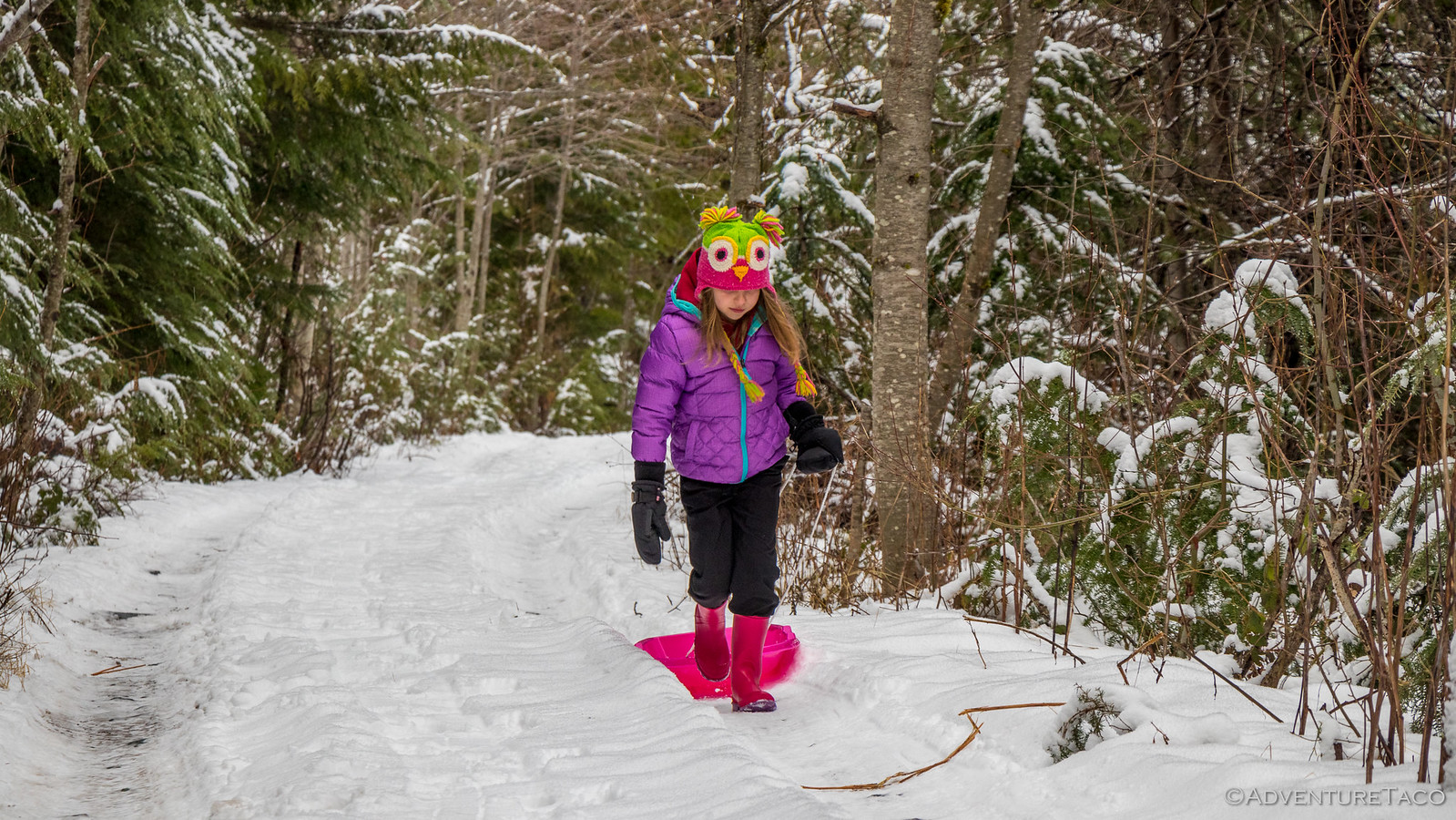 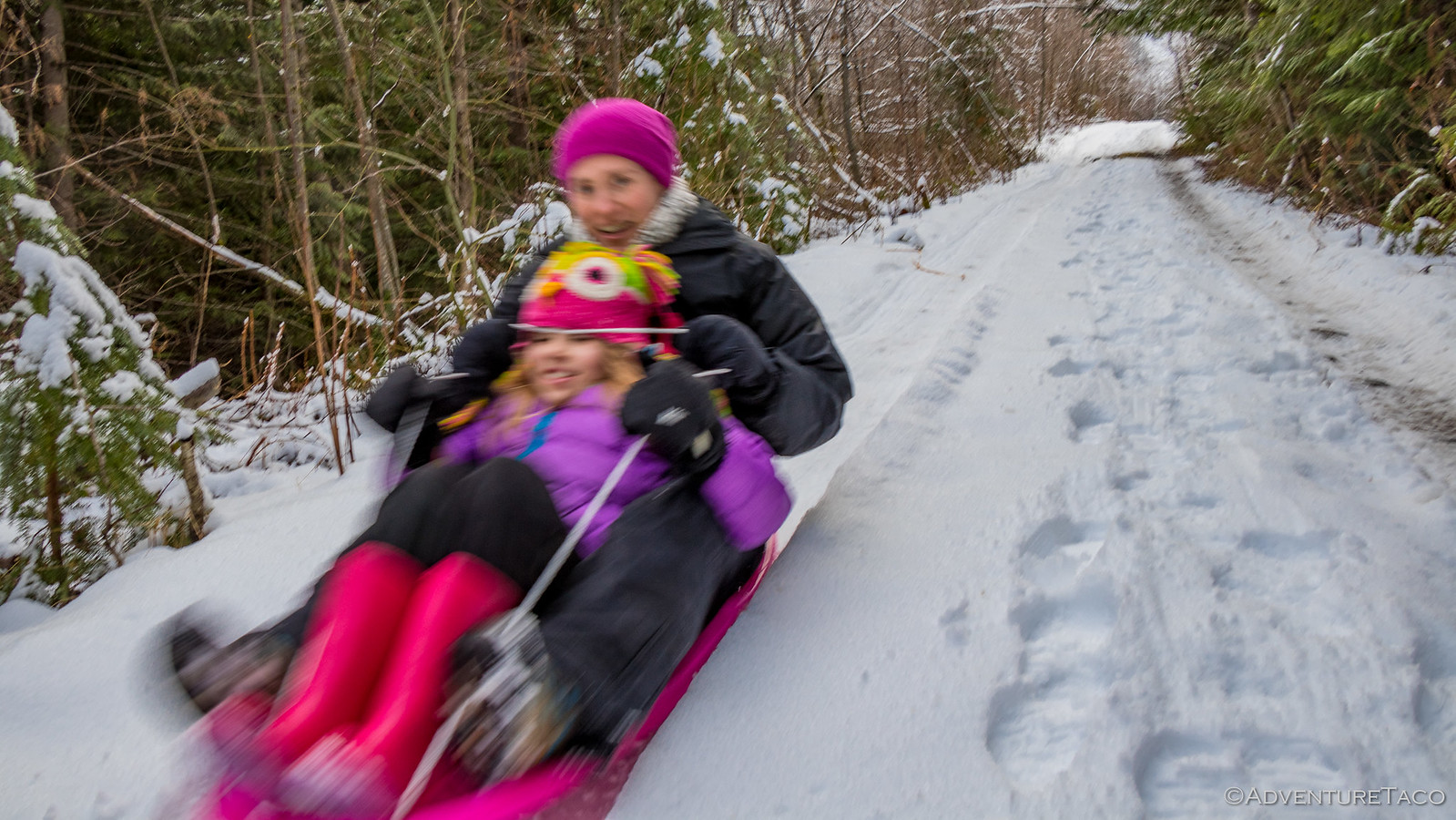 Eventually, many sledding runs and a few snowball fights later, we decided it was time to call it an afternoon. We piled back into the 4Runner - everyone in high spirits and backed our way down much of the trail, our tires too wimpy to climb up and out of the ruts to turn around.

We did make one pit stop on our way "back(ing) out" - at the small creek we couldn't resist building a snowman for anyone else coming this way - our little white dude guarding the landmark culvert on this trail. 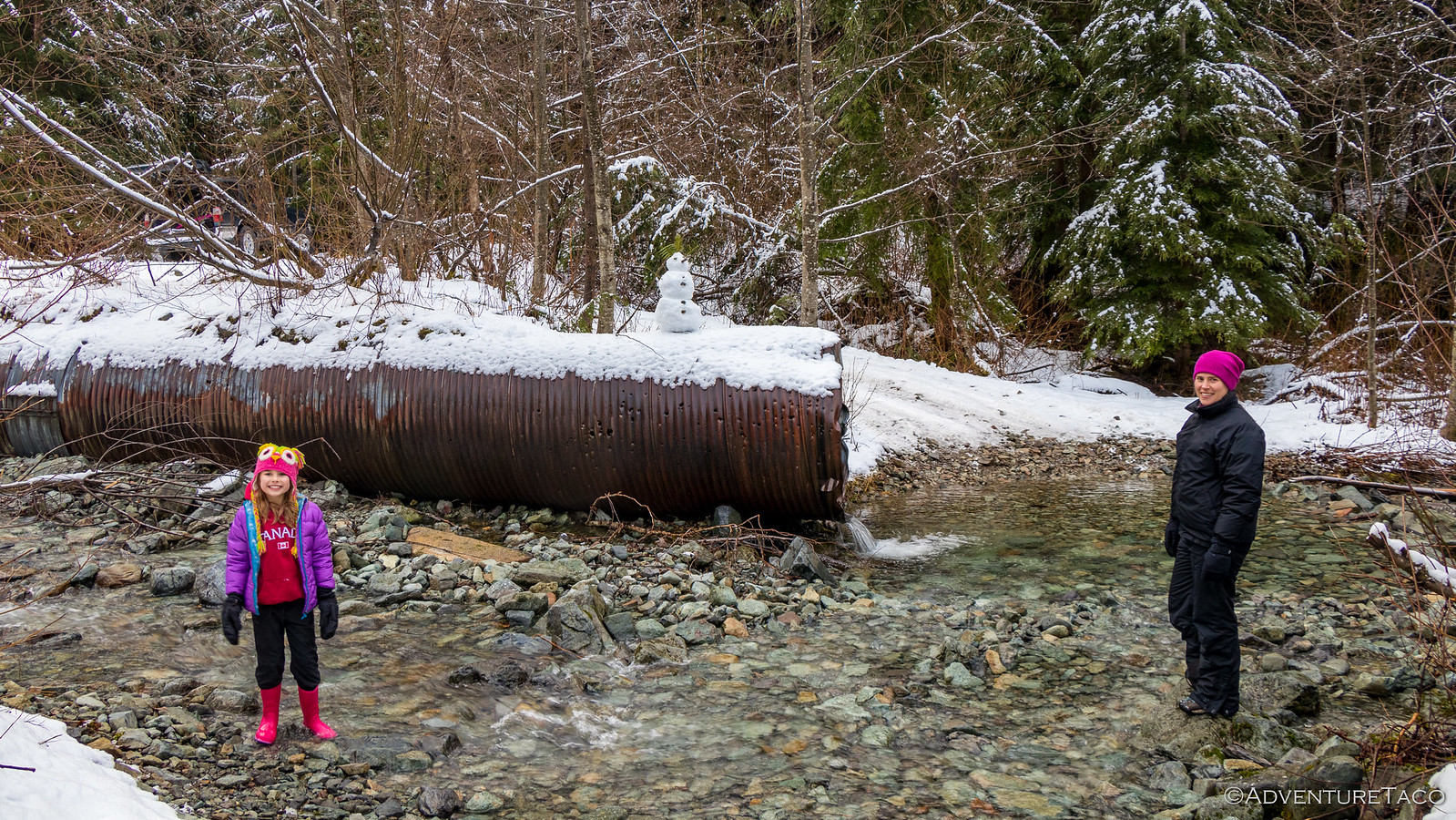 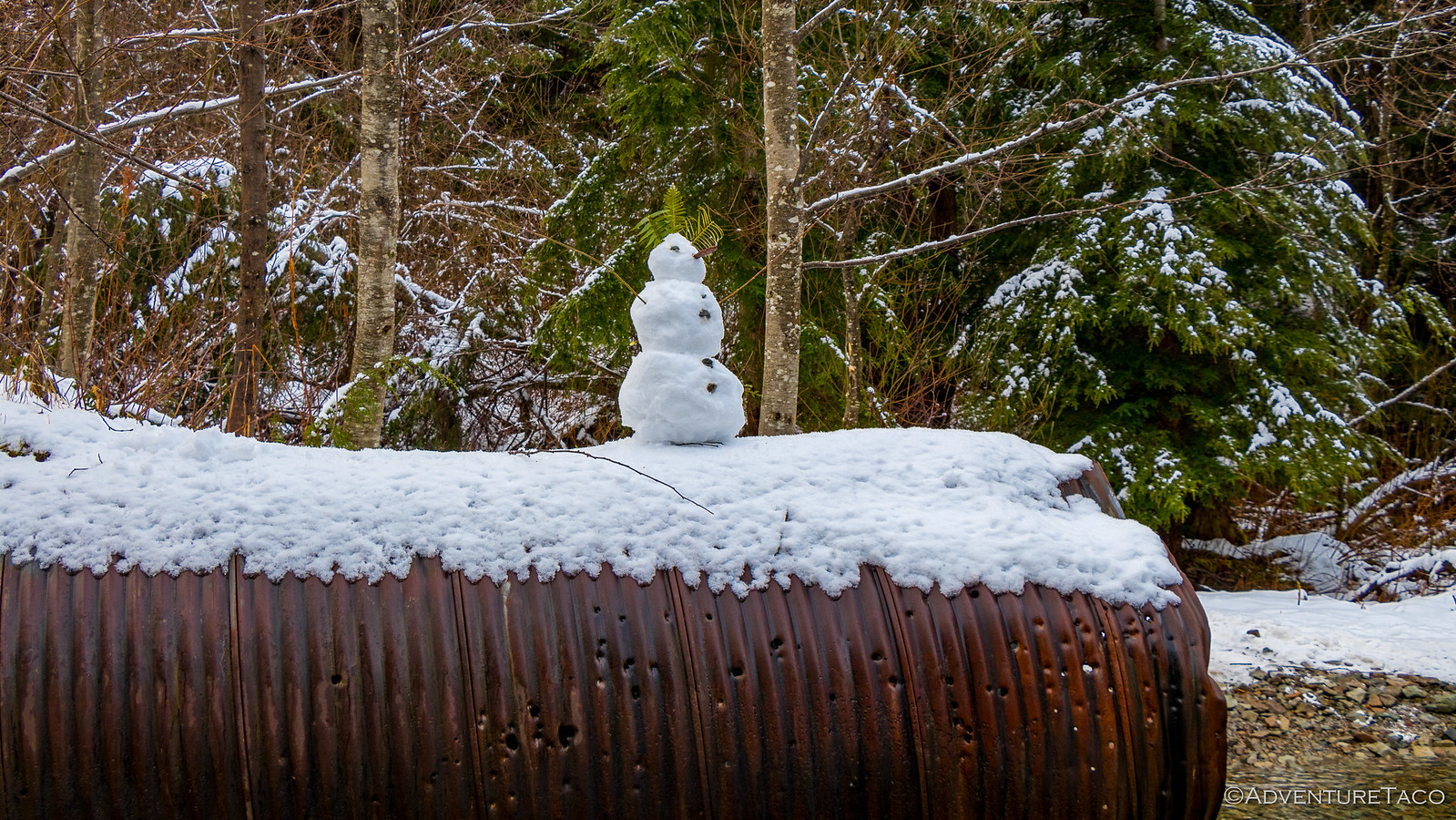 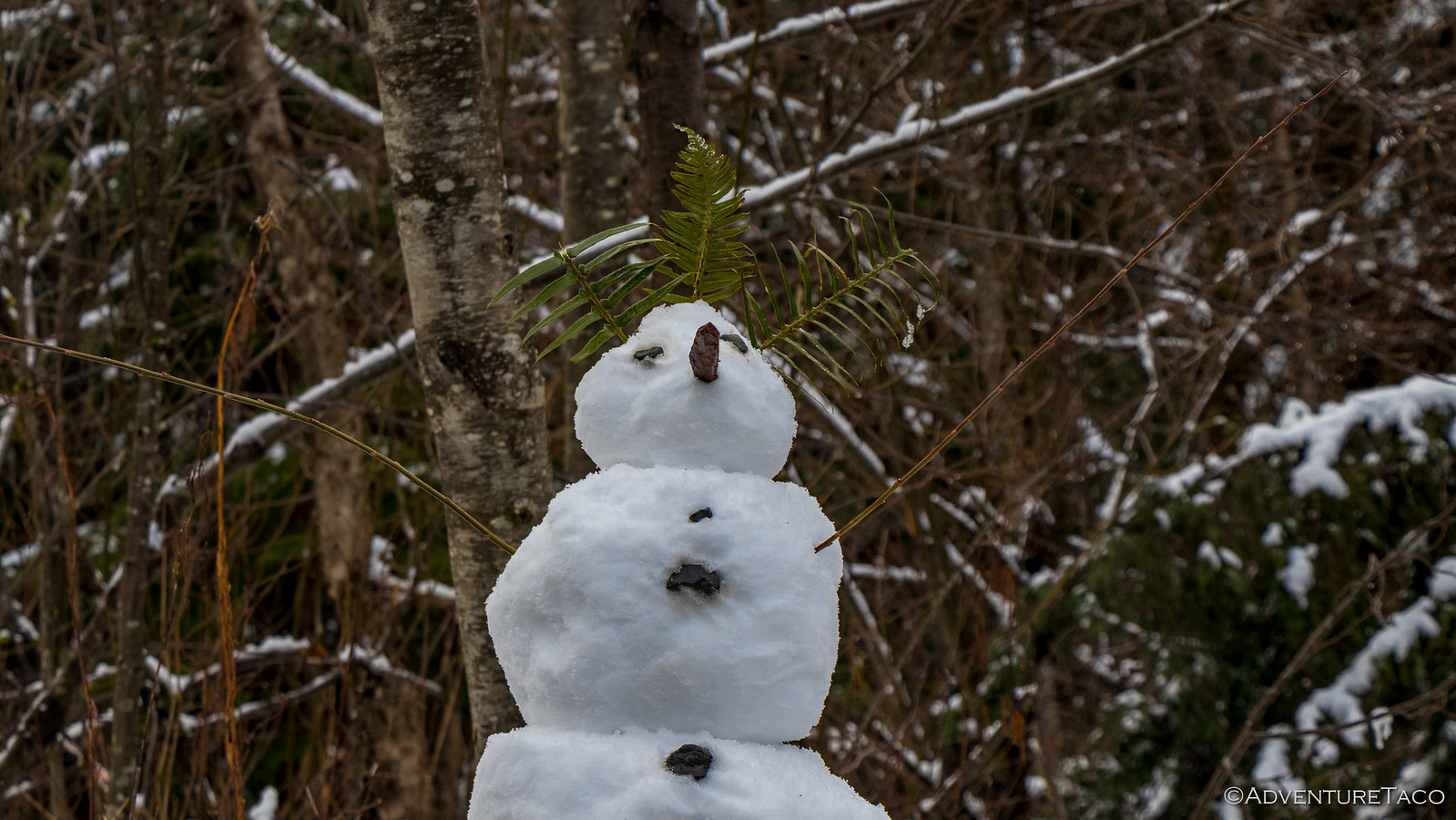 Then, eventually, we were able to get turned around - the snow shallow enough that even our wimpiest of tires could gain traction on the rocks below - and we continued down the mountain - the snow line clearly visible across the valley. 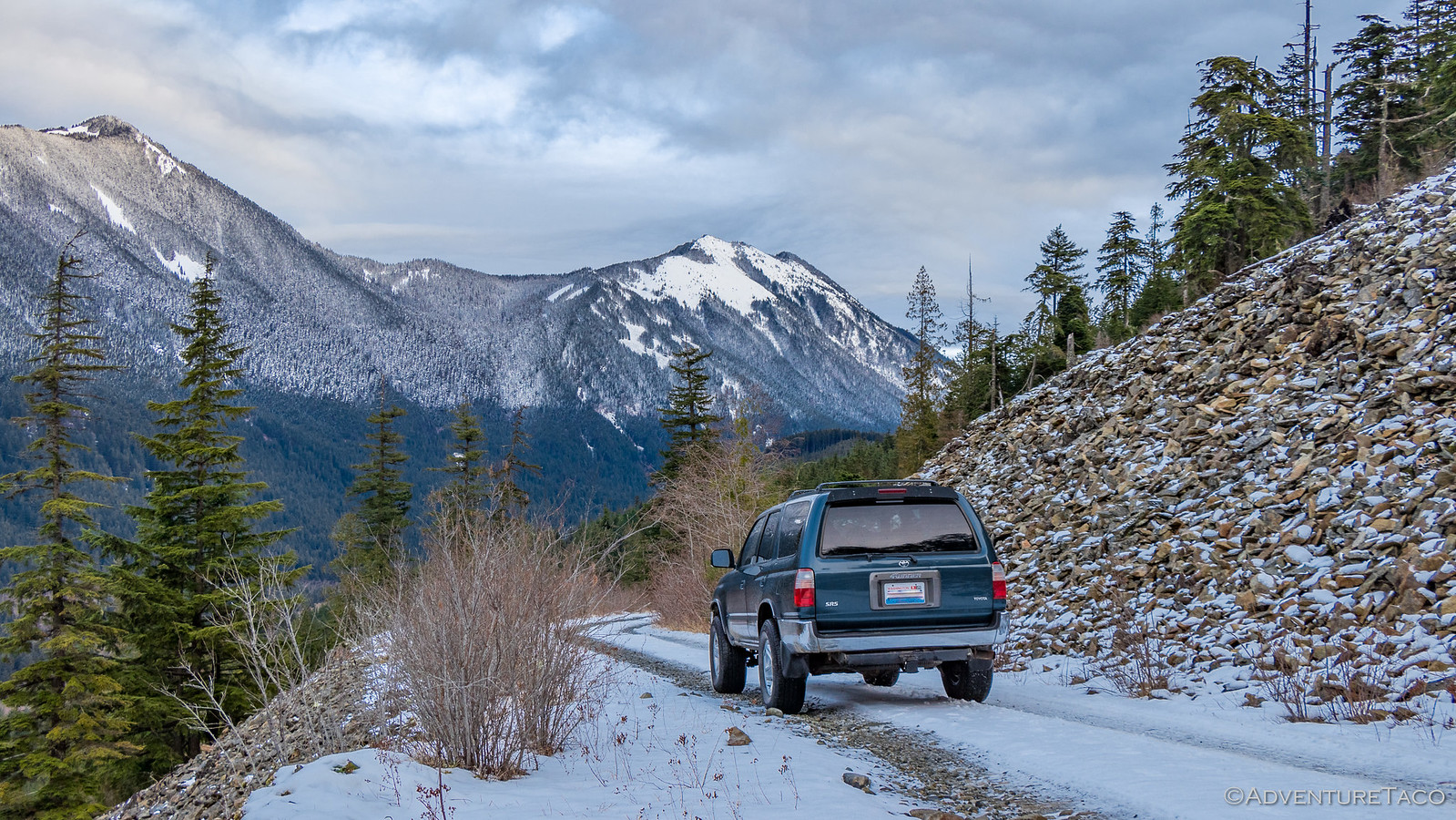 The trip had been a rousing success. I wouldn't be surprise to hear a little voice around the house bugging us to "do it again." To which my response - of course - can only be, "I thought you hated the snow?!" 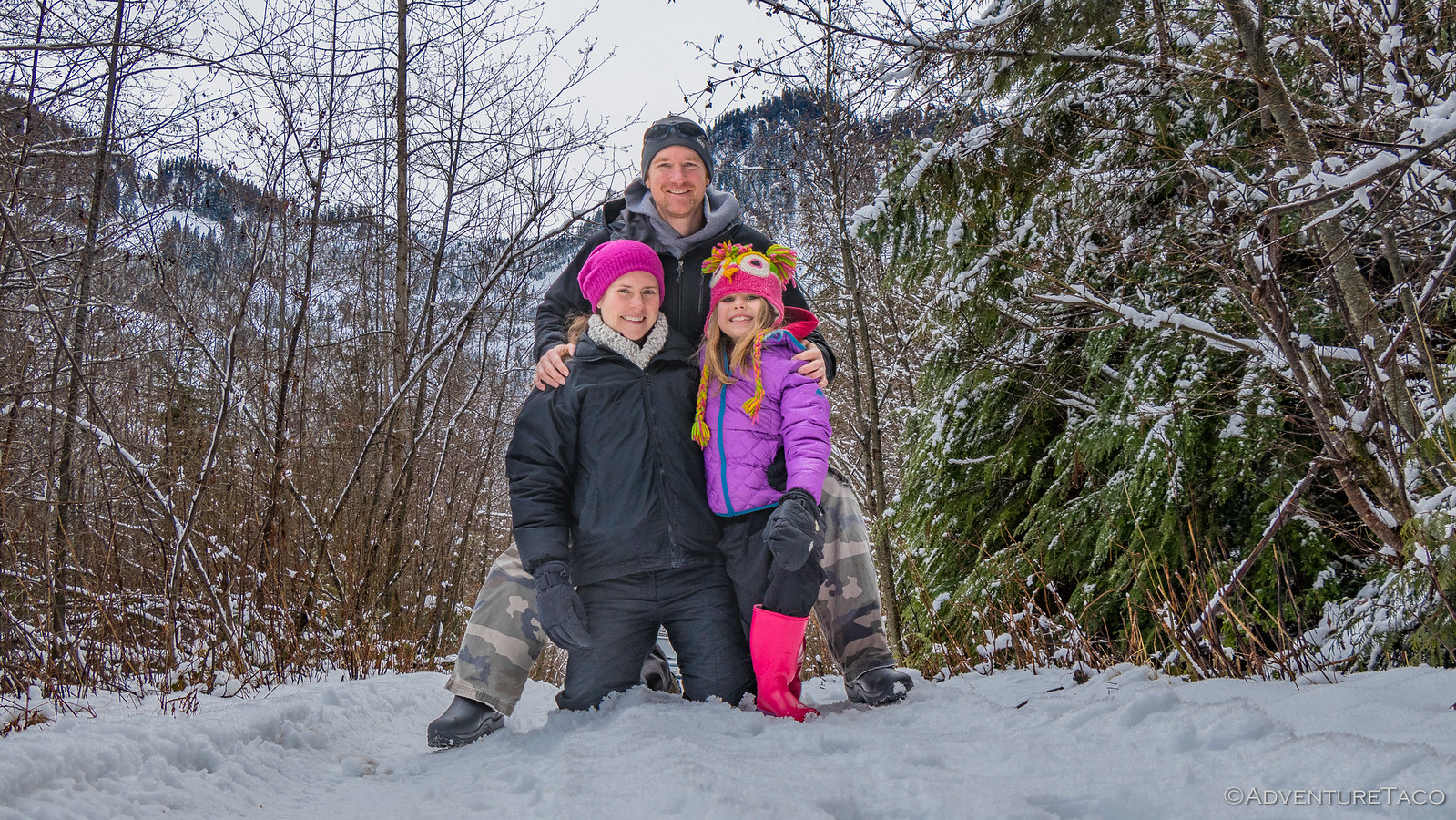