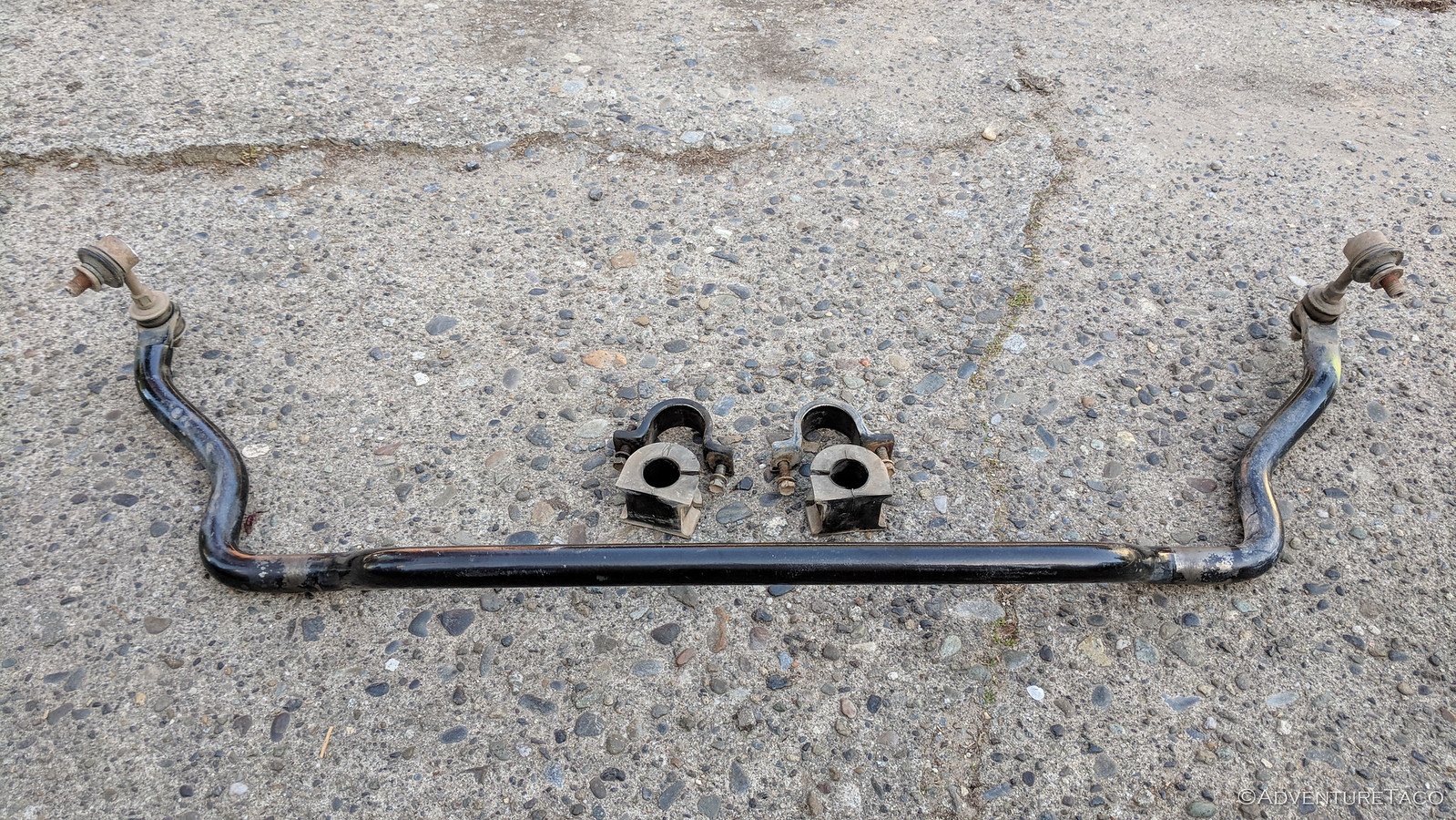 A 2000 Toyota Tacoma only comes with so many safety features. Built two decades ago, there was no traction control; no forward, backward and side cameras; no blind spot radar; and definitely no Toyota Safety Sense™.

These were the days of kids riding in pickup beds for fun, seat belt warning chimes that buzzed twice and shut the hell up since they realized that if you were going to wear the belt, you'd have put it on already, and ABS-as-an-option.

These were the days before SMS; before we needed our cars to protect us from ourselves. 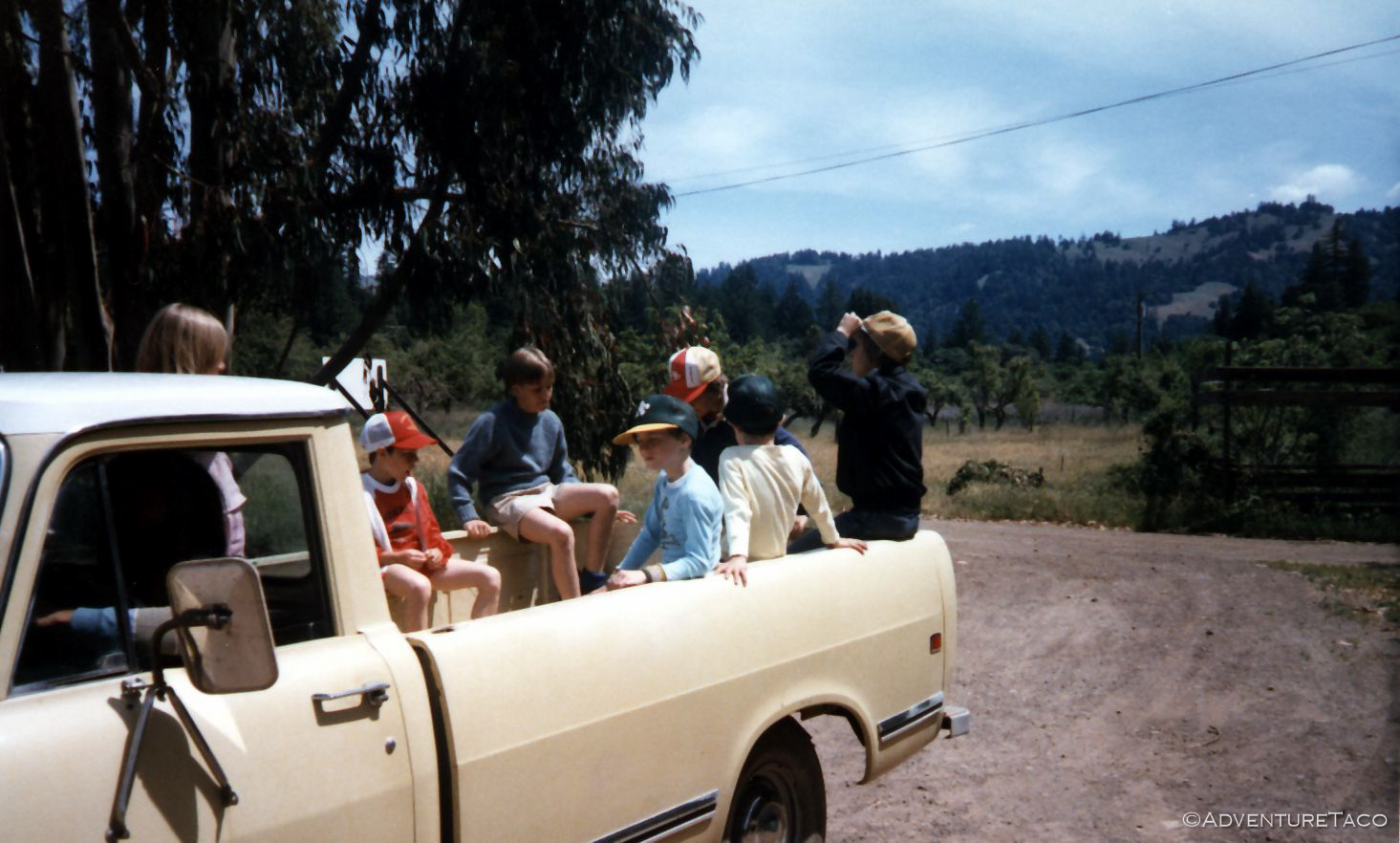 Of course, there are still some safety systems on a first gen Tacoma - seat belts, air bags, a 3rd brake light, and bumpers to name a few. And hey, on my truck they threw in ABS "for free," even though I'd explicitly asked not to have it.

And for nearly 20 years, I didn't give these systems much thought - well, except for disabling the daytime running lights as the very first thing I did - since they mostly seemed to work, be relatively innocuous, and I didn't know much about them. So when I noticed a few rubber bushings wearing out, I replaced them - not really sure what I was doing. 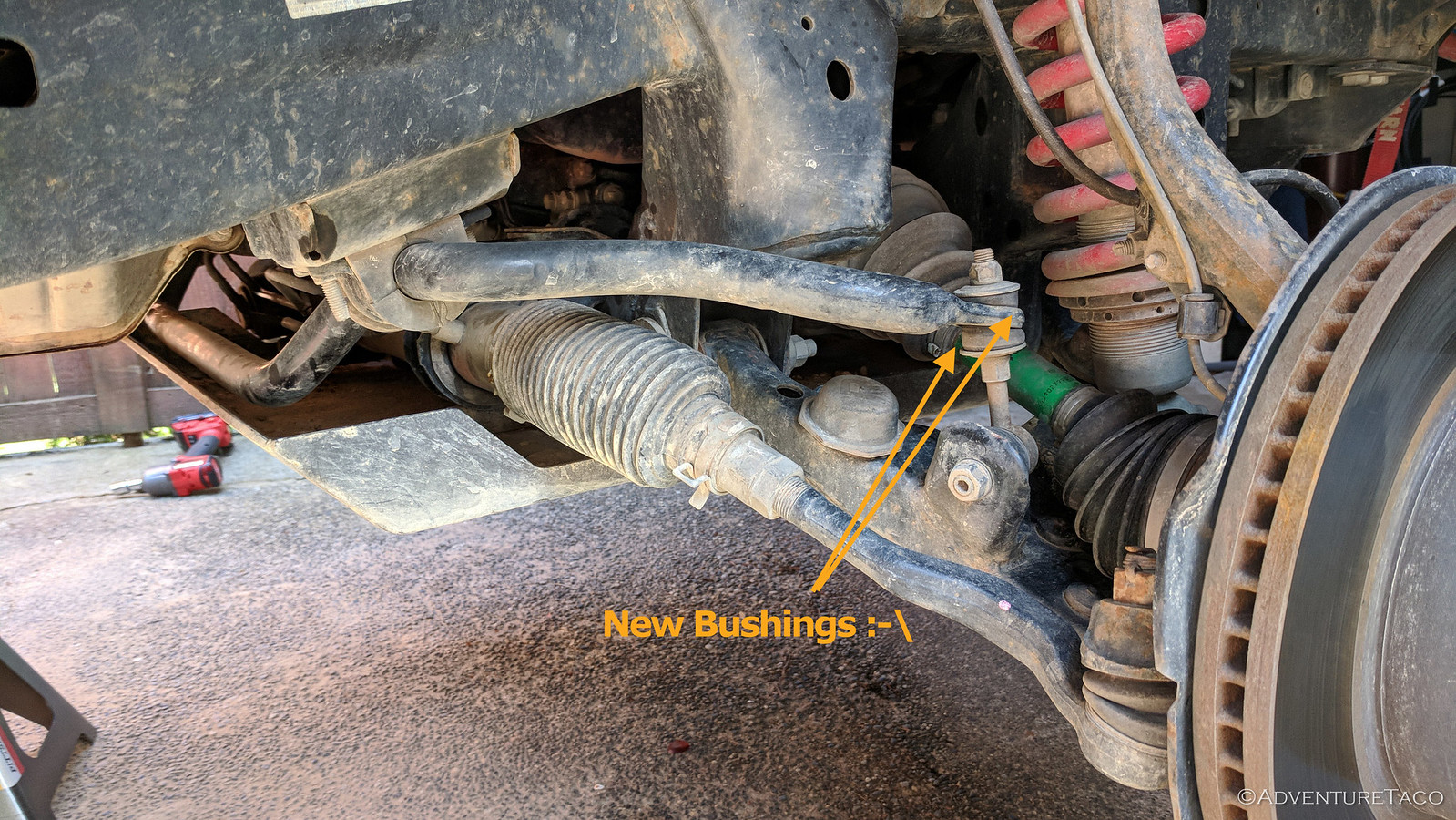 On the last several trips, one of the things I've noticed is that roads feel "rougher" to me than most people. Some might argue that I'm getting old; others might say that it's the result of the new load-E tires - but unanimously everyone agrees that having the sway bar isn't making anything better.

See, the sway bar removal is generally one of the first things that Tacoma owners do. By removing it, you remove the (literal) connection between the two front wheels, giving you more flexy-flexy on the rocks, and better bump absorption on those washboarded roads.

I could really use better bump absorption on  washboarded roads. So, just a few weeks after buying new bushings, I finally decided to remove the sway bar. It's a straight forward process: 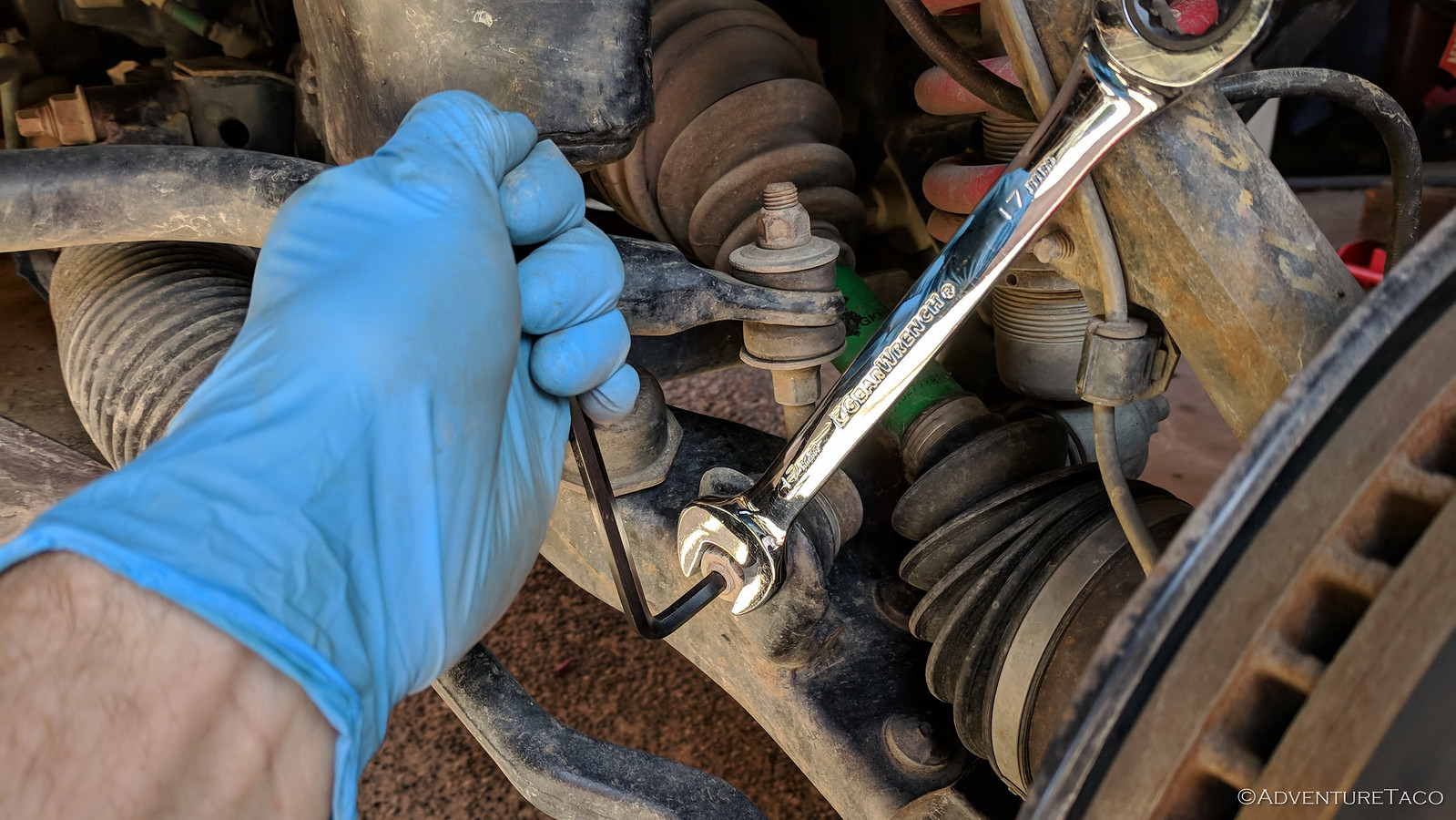 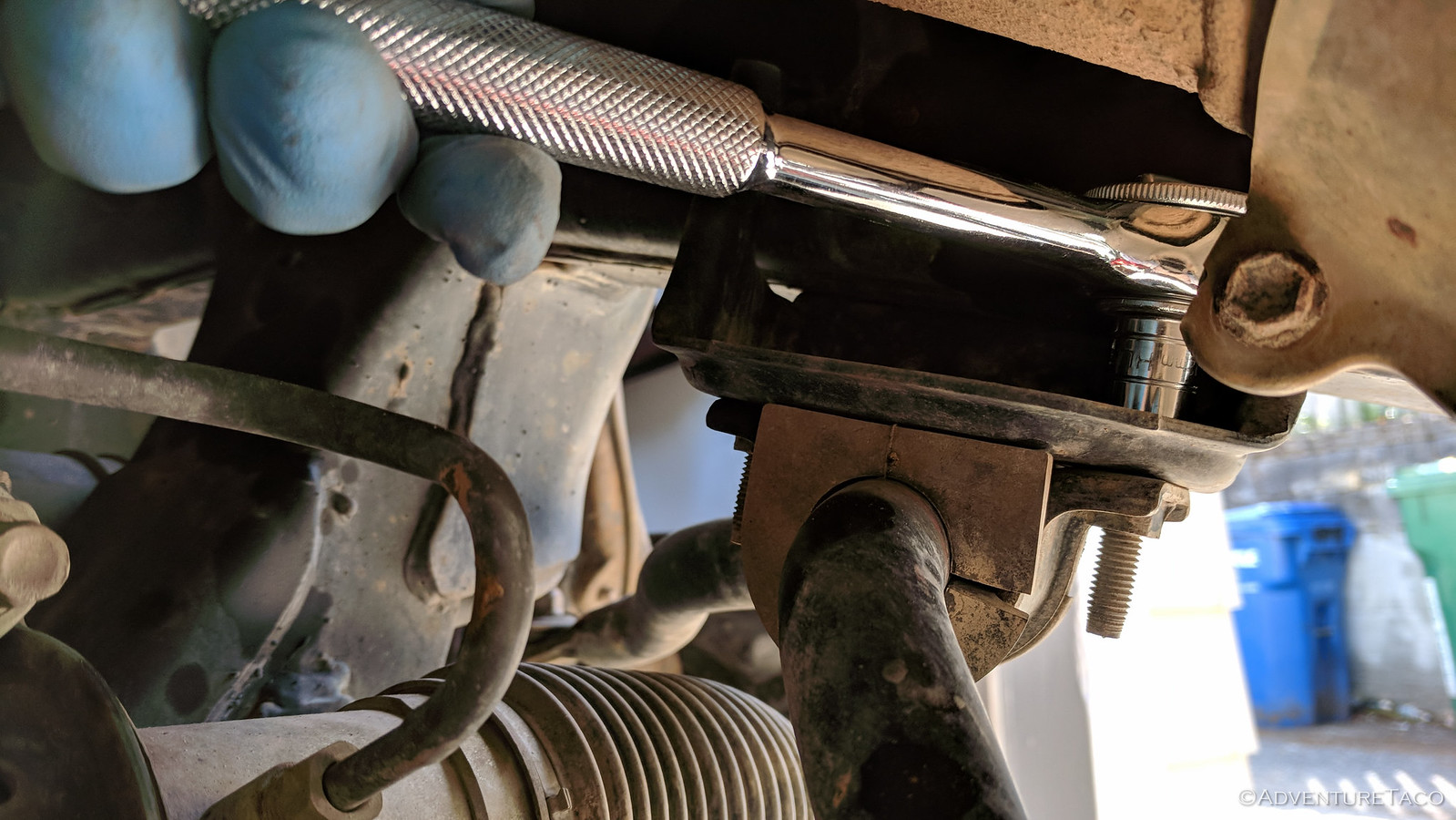 And with that I was done.

There are bound to be trade-offs with a mod like this. I'll need to learn to corner a bit differently, and be more aware of unevenness in the road. But that sounds like a great compromise for a smoother ride!

Since removing the sway bar, I've put a couple hundred miles on the truck (but none off-road) and I can definitely tell the difference. The ride is smoother and cornering-at-speed is different (I have to pay a bit more attention), but in general the truck still drives like it's always driven - which is a good thing.

Lastly - I should note - the sway bar is a safety feature of our vehicles, so one should be careful in removing it. I've heard that having heavier-duty-than-stock front suspension can offset the lack of a sway bar to a great extent. That is, removing the sway bar introduces additional body roll when turning, but heavy-duty front coils resist that same body roll. This so far seems true in my experience as well - with 650lb coils in the front.

I'm looking forward to my next adventure, so I can exercise the new setup in a more taxing environment.