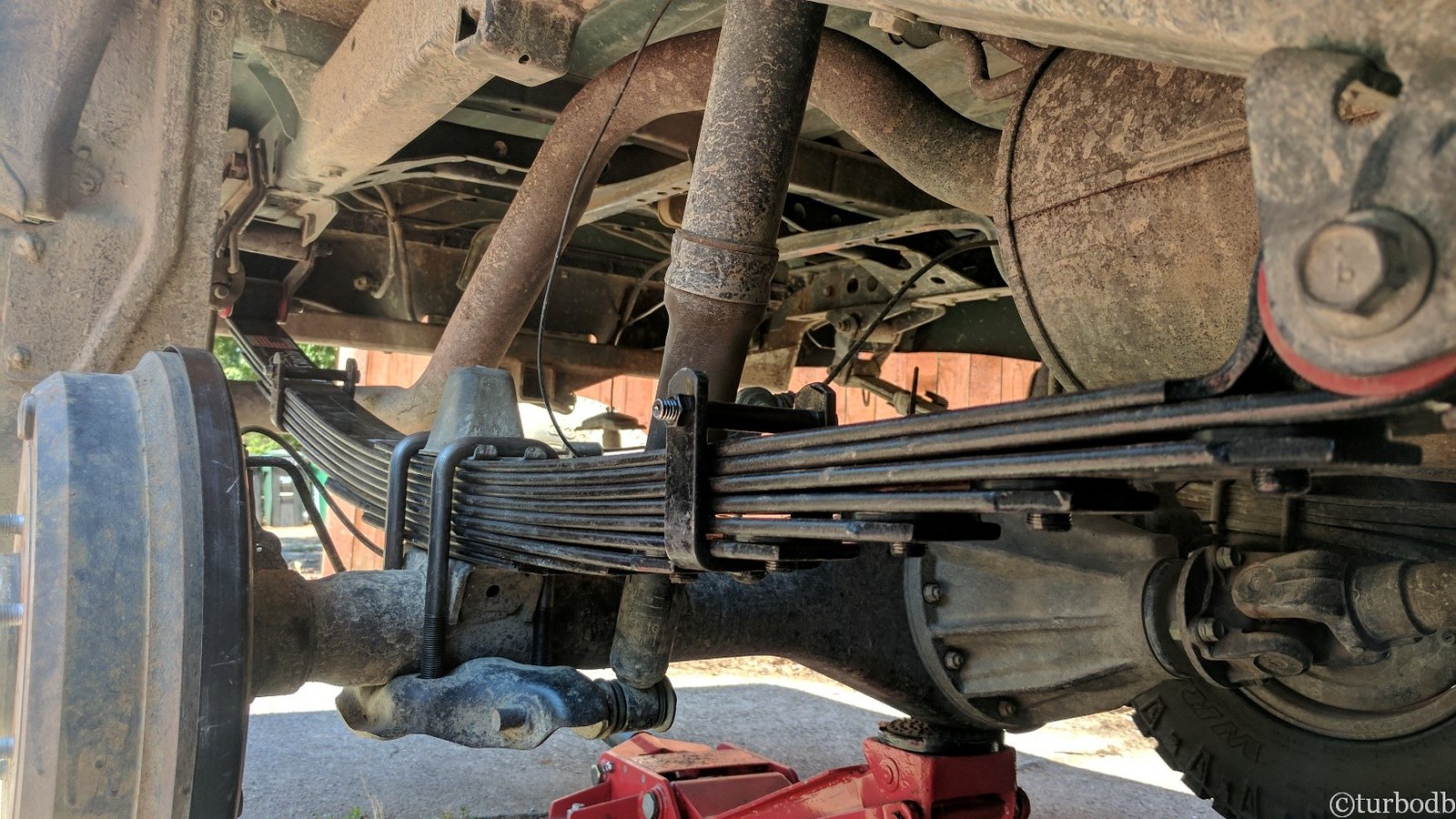 The truck has always had a bit of rake, with the rear being ~2-3” higher than the front. And I like it that way - it looks good.

Until the constant weight of the bed rack and CVT, the combination of stock leafs, Deaver AALs, and air shocks that I installed as part of the suspension overhaul were working reasonably OK. “OK” because I’ve never been able to get the air shocks to hold pressure - they lose about 10lbs a day, so I’m constantly filling them (which is easier with the ARB compressor installed). But with all the weight, the truck generally took on a more level stance.

With more and more trips, I decided it was time to fix the problem once and for all. I wanted that leaned-forward stance, and I want it all the time - not just when I got off my lazy butt and filled up the shocks.

So I started looking at new leaf packs. I initially thought I’d end up with OME Dakars with an extra leaf (which I could have gotten as part of my Toytec kit, so I was going to kick myself if I could have saved money) or the All-Pro Expedition Pack, since both had additional load capacity. But then I did a bit of reading around on TW and it seemed like a lot of the guys who have a bunch of gear and do a bunch of off-road driving tended to go for Alcan’s.

And, I liked the fact that Alcan is sort-of-local and custom built to my specs. So, I gave them a call and ordered up a set of springs with 600lbs extra carrying capacity and 3” of lift. Oh, and new, larger U-bolts.

Communication wasn’t their strong suit, but a few weeks later (a totally reasonable timeframe IMO), the springs arrived. And they were heavy. At 68lbs each, they weigh about twice as much as the stock leafs, but have a similar unsprung profile, which is good - I don’t want the stance to be too crazy. 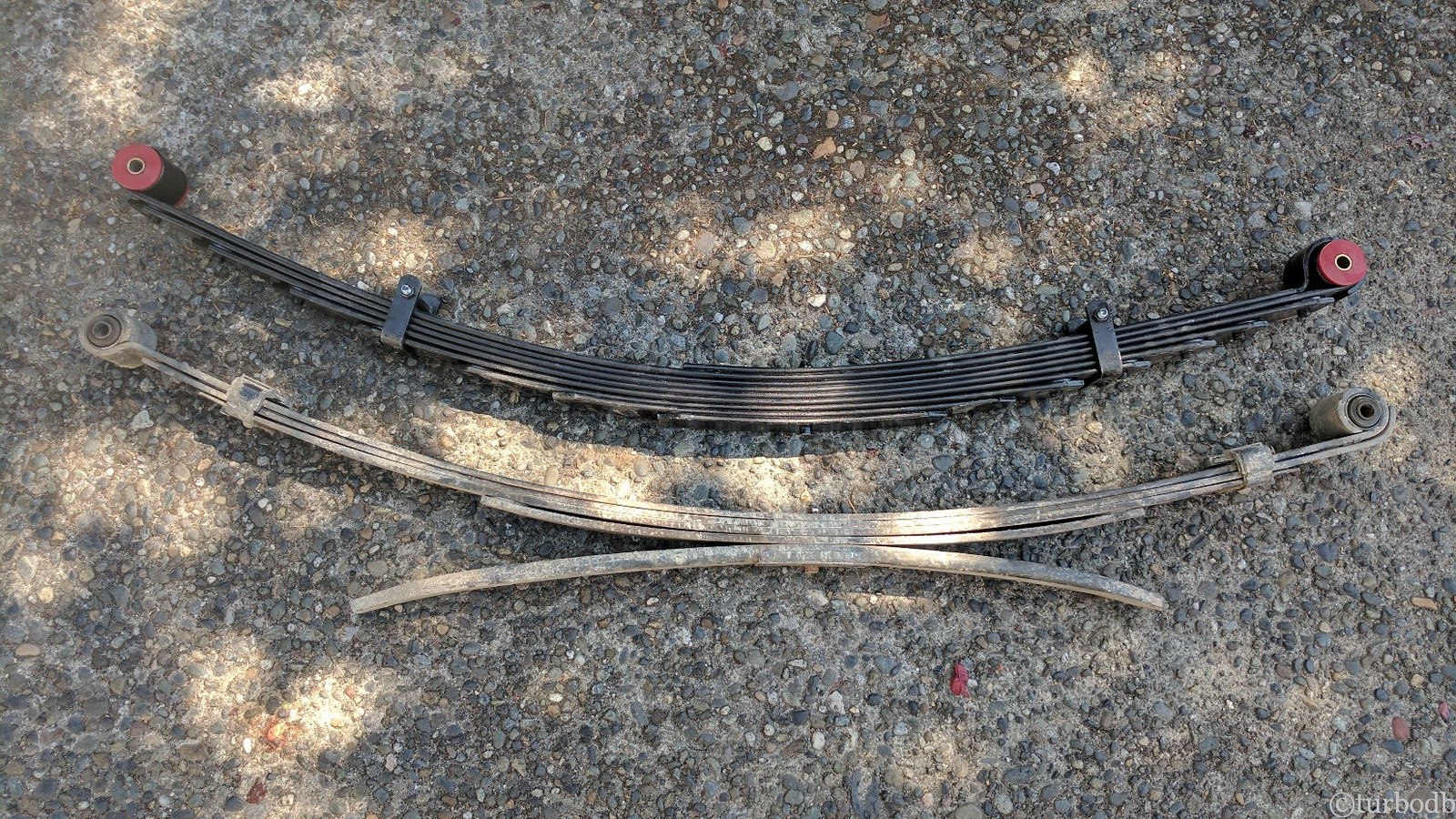 When the weekend rolled around, I got started with the install. Given my work-time-prediction history, I hoped that I’d be done in a couple hours, but I allocated a full day.

It took 6 hours. Including some unforeseen problem solving. I’m getting better. 🙂 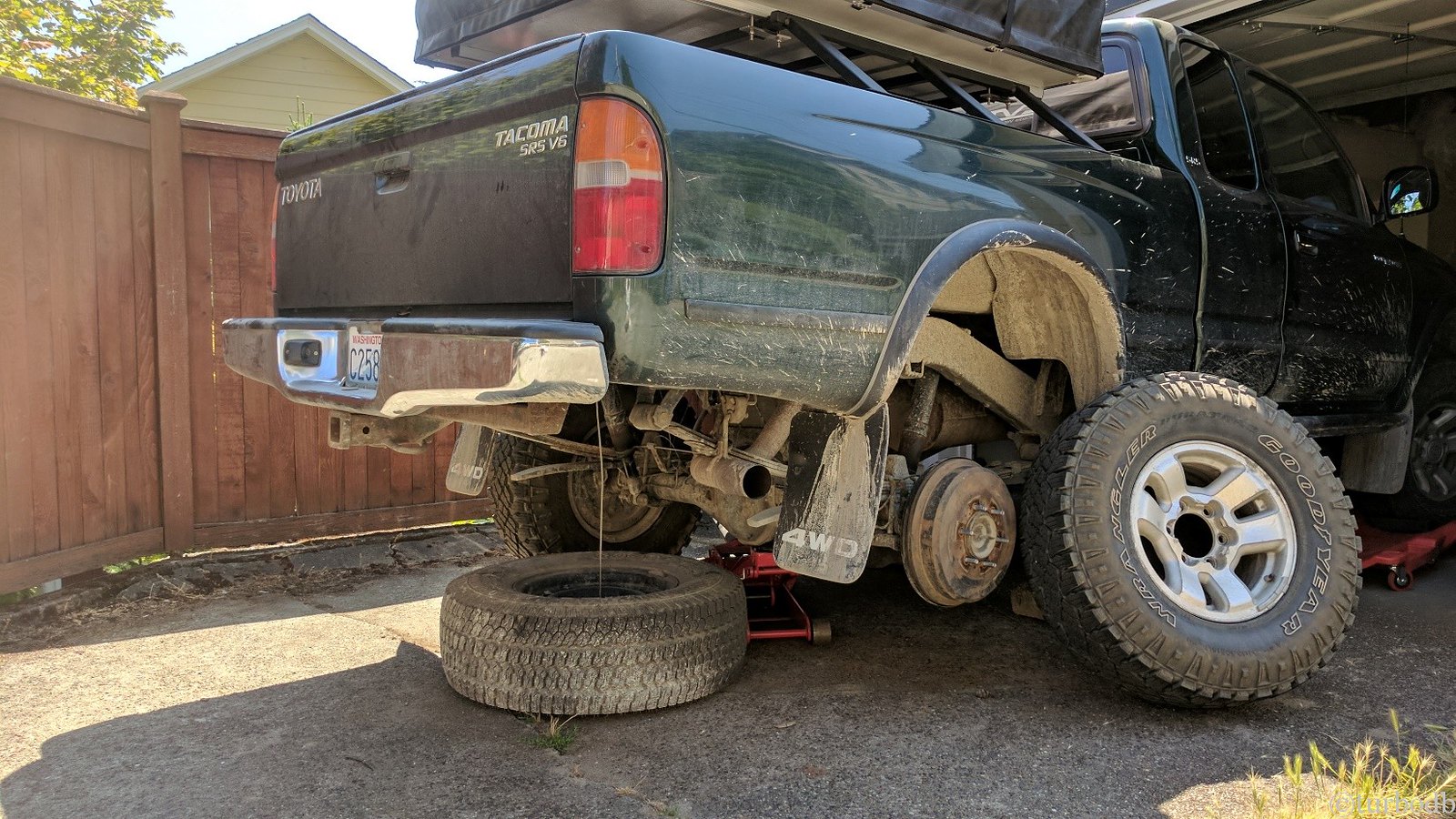 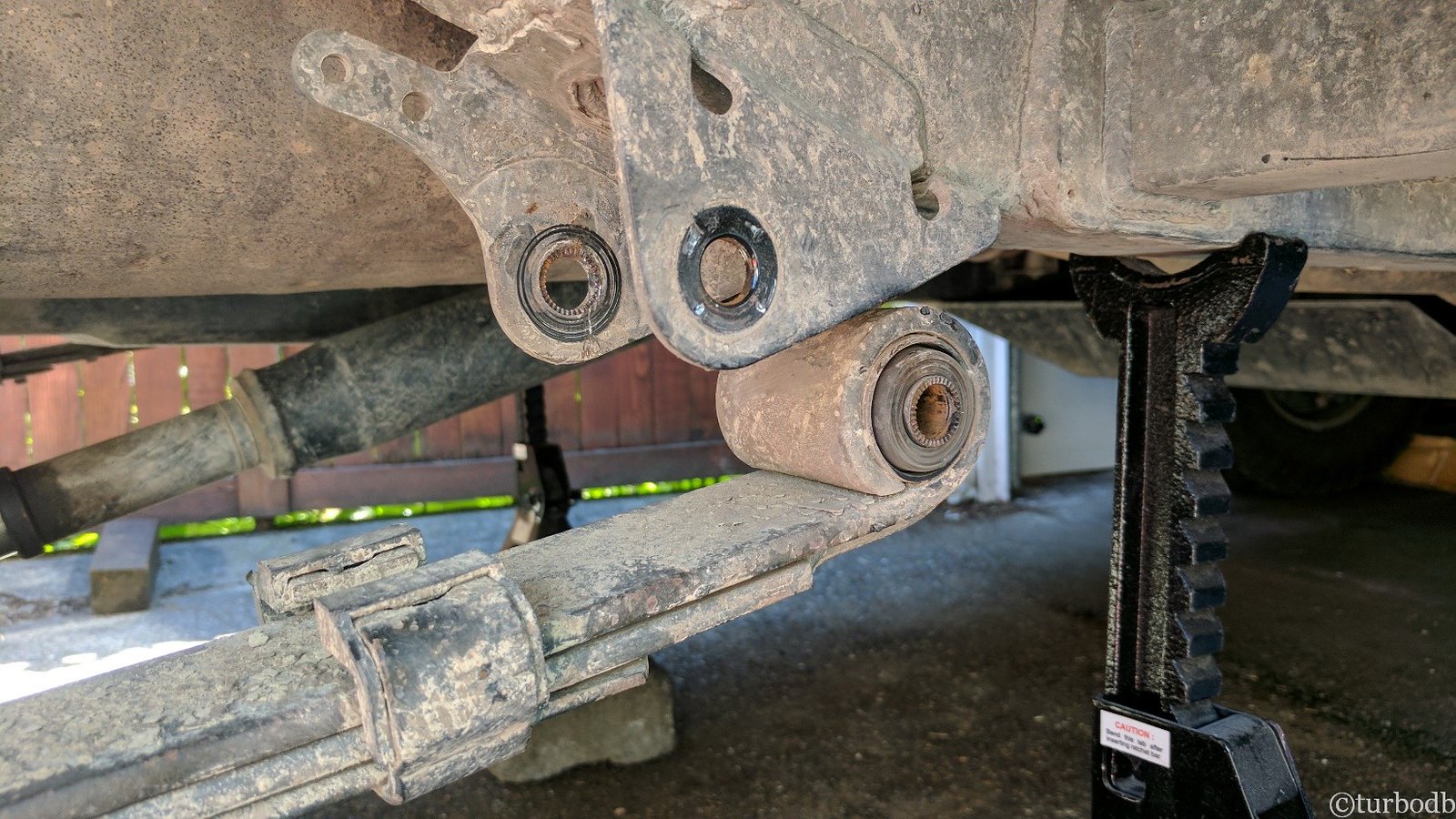 When removing the bolts on the front of the leaf springs, and the pins on the back, I was worried that they'd be seized. Not even close - while tight and requiring a breaker bar, they were in great shape and totally reusable. They torqued right back on at 116 ft-lbs in the front, and 67 ft-lbs on the shackle. 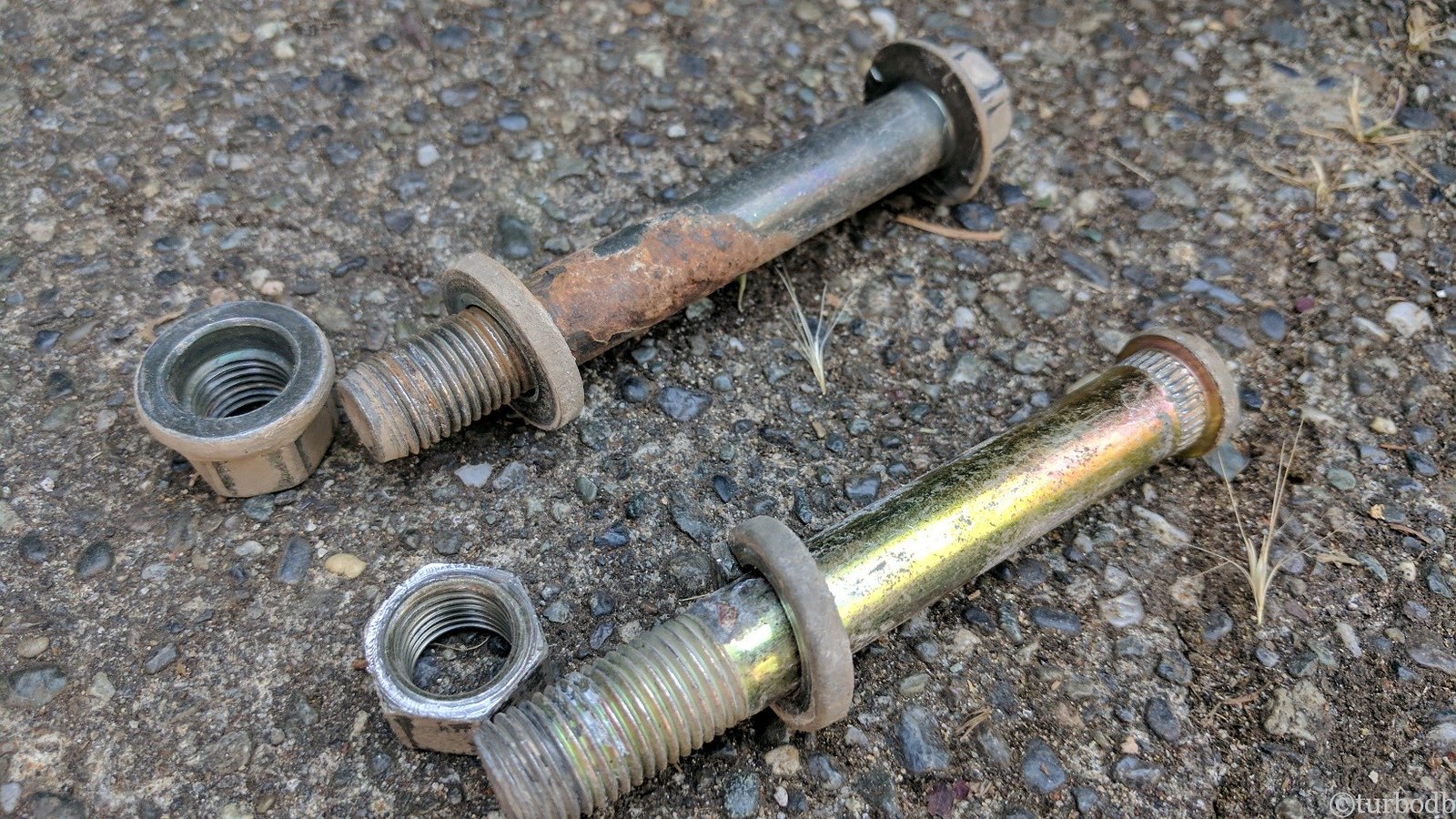 And then, with a little convincing, the Alcan's were installed. New, larger U-bolts were part of the deal as well - these are 9/16" diameter, torqued to 90 ft-lbs.

After installing the passenger side, I knew there was going to be a problem with the exhaust, but I hoped that it would "fix itself" when I installed the other side. It didn't (of course) and so further action was necessary. 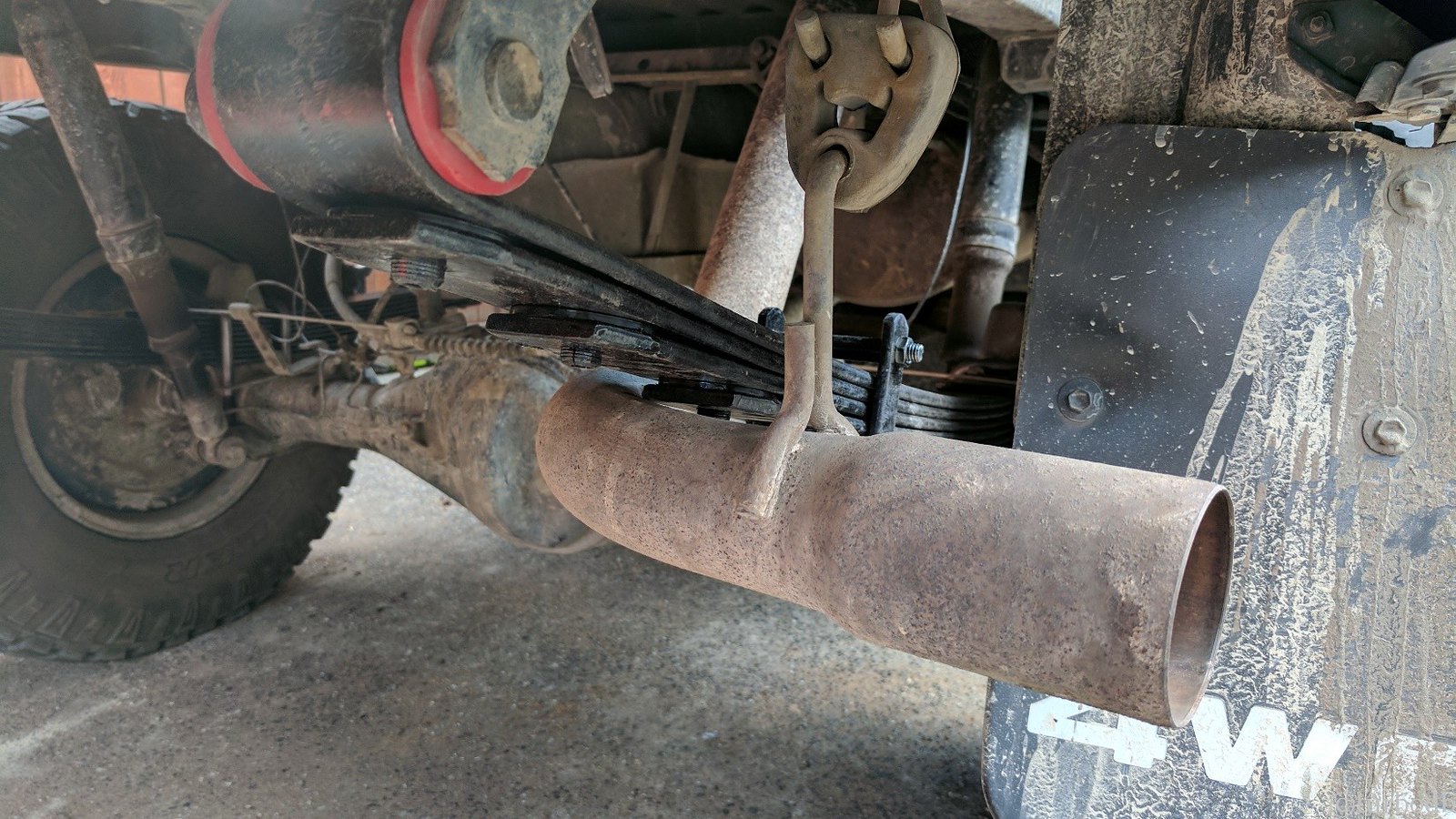 I was about as comfortable with this "further action" as I was when the good folks at Relentless chopped my frame and front wheel well liners when installing the bumper (which is to say I cringed the whole time). Because, as much as I like to make my truck more capable…I do really like it being as stock as possible. 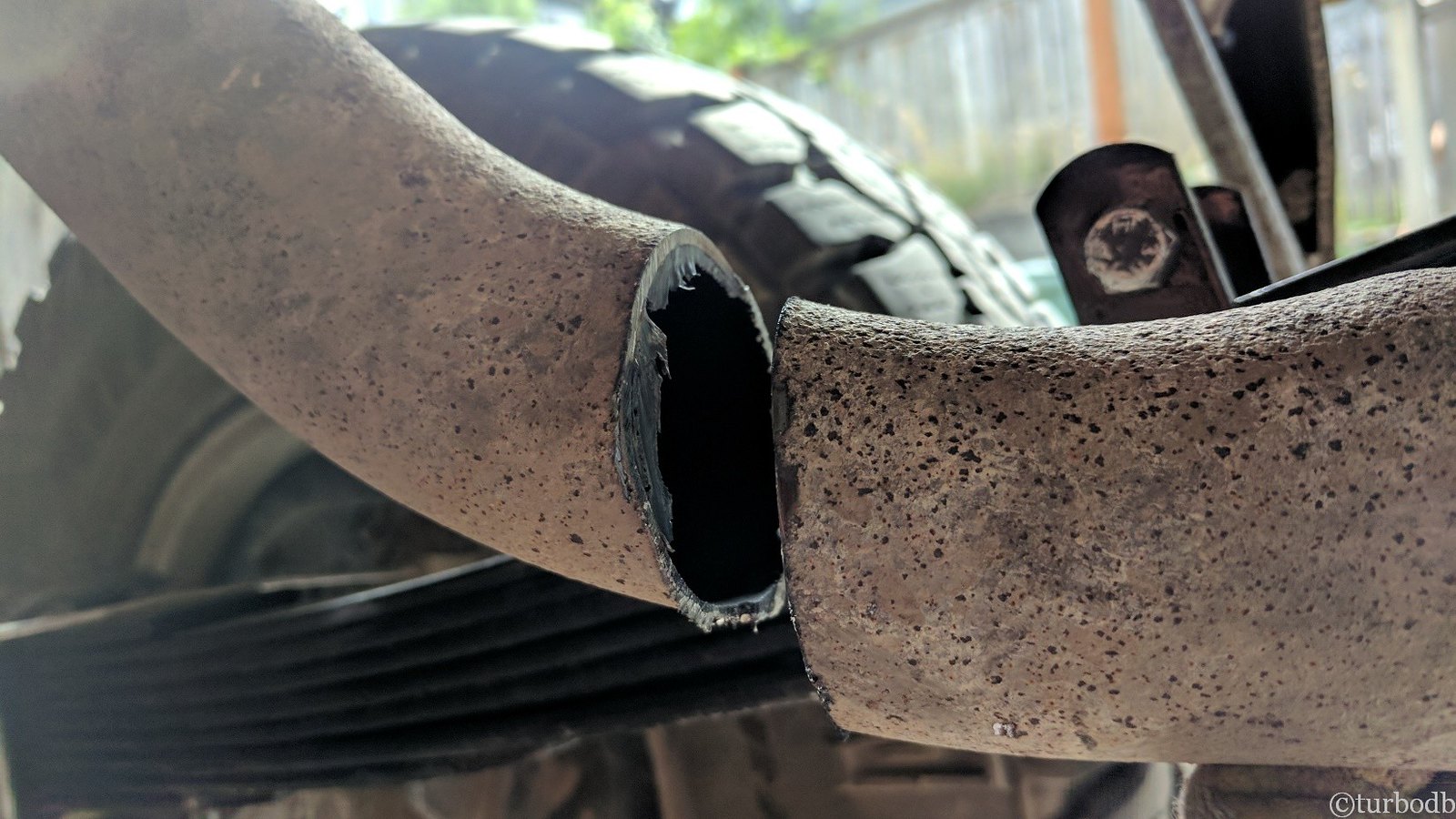 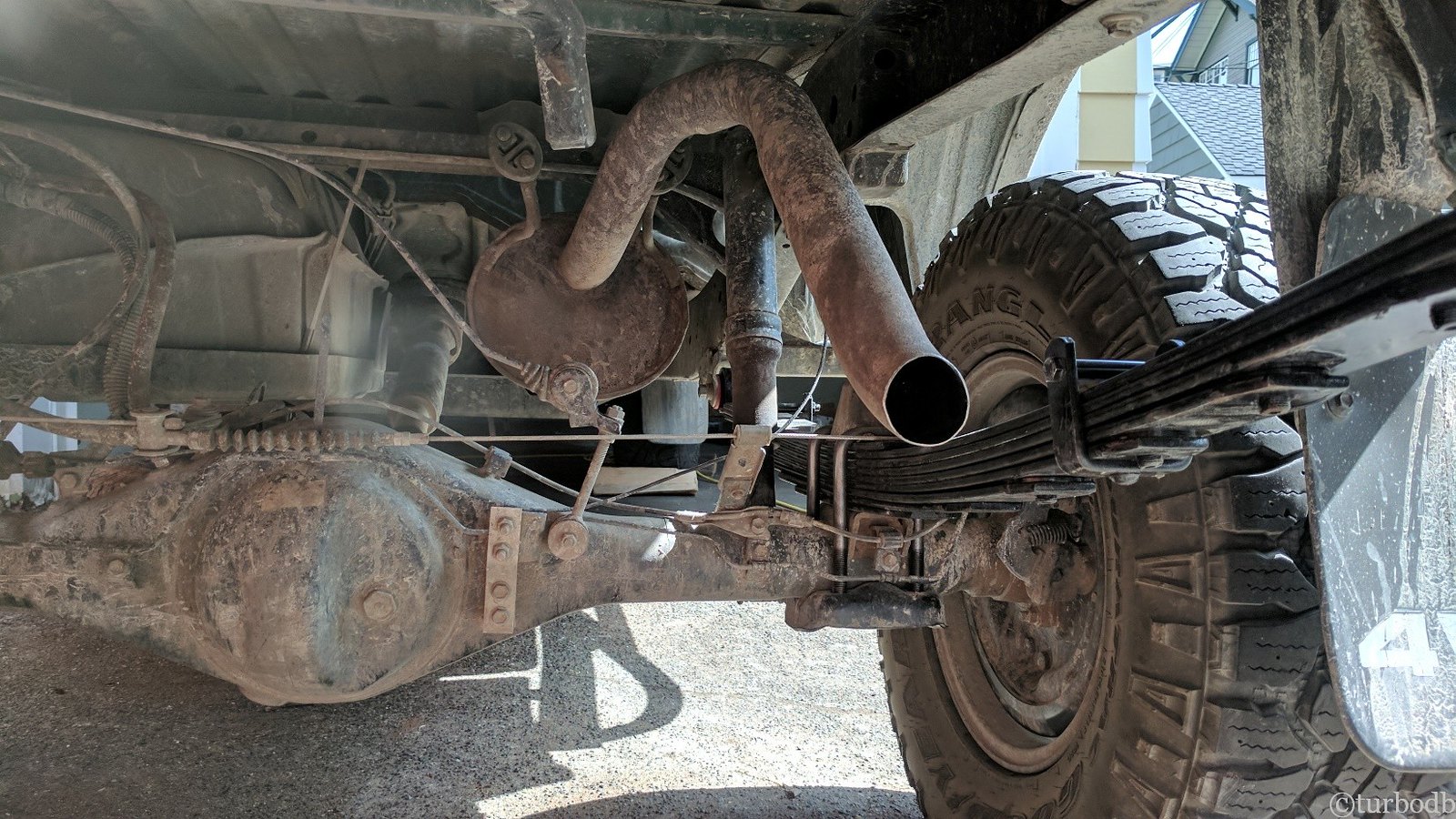 And with that, I'd successfully stumbled through another bit of maintenance. The stance, even loaded with gear, is now perfect. 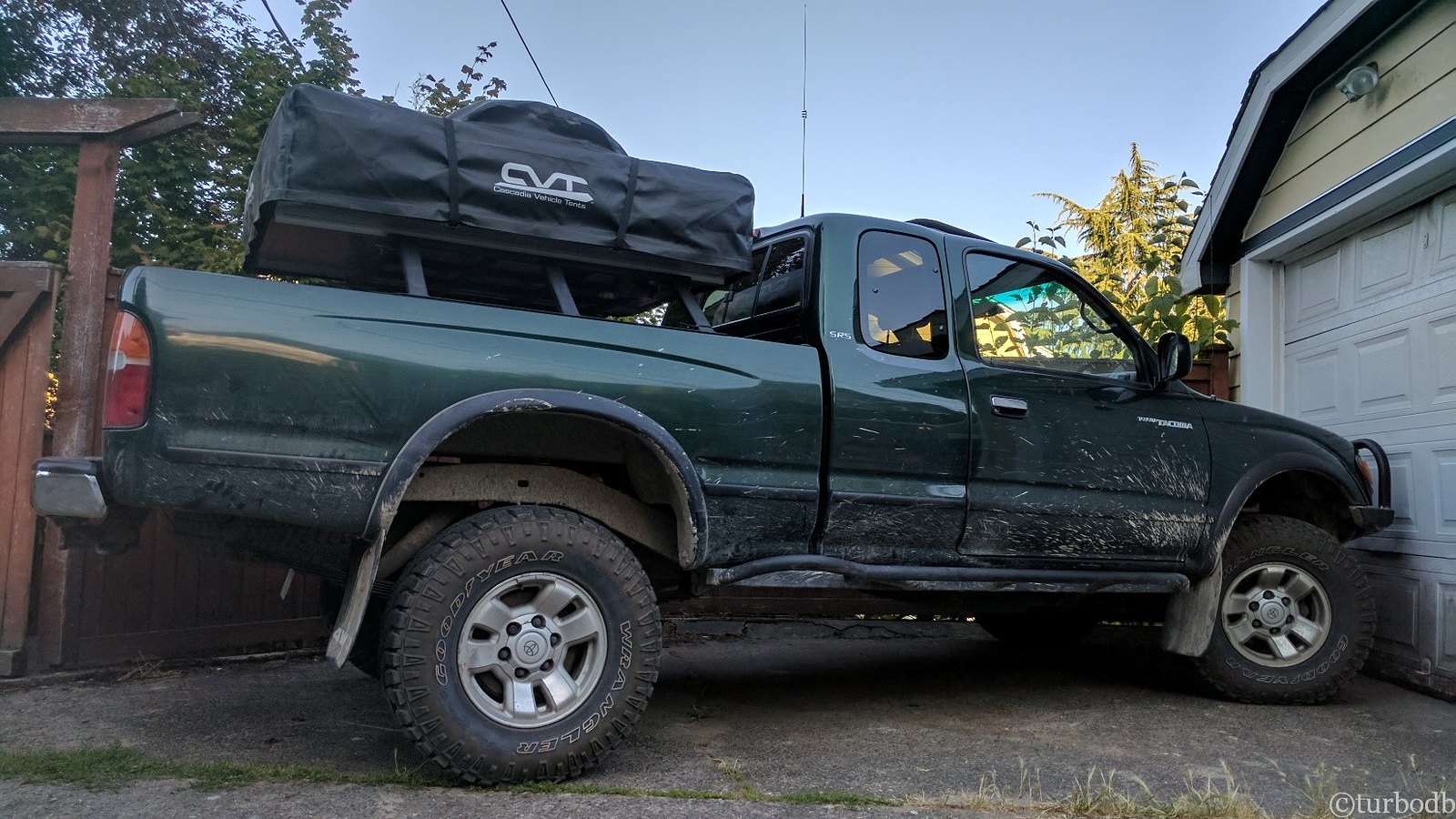 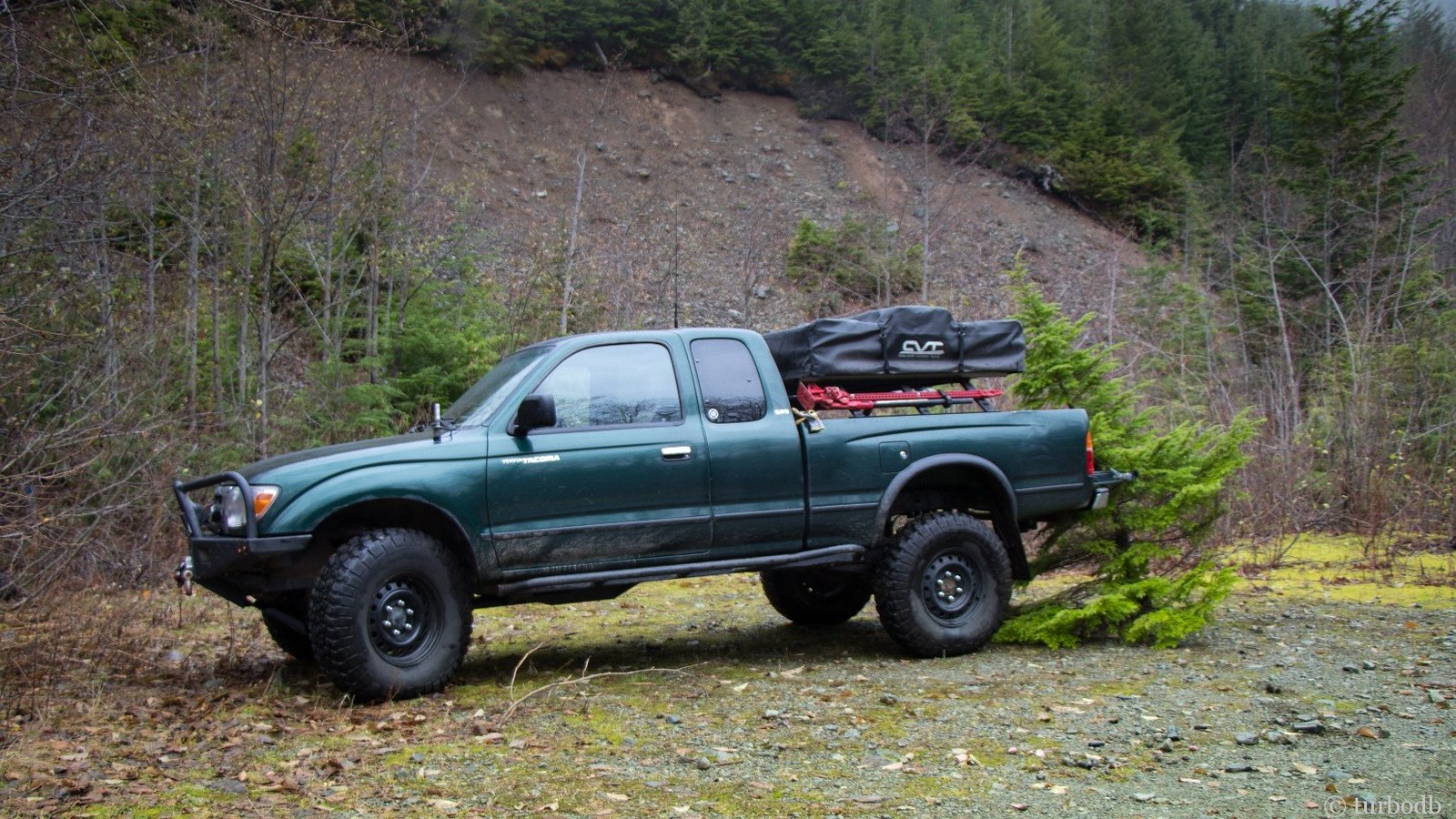 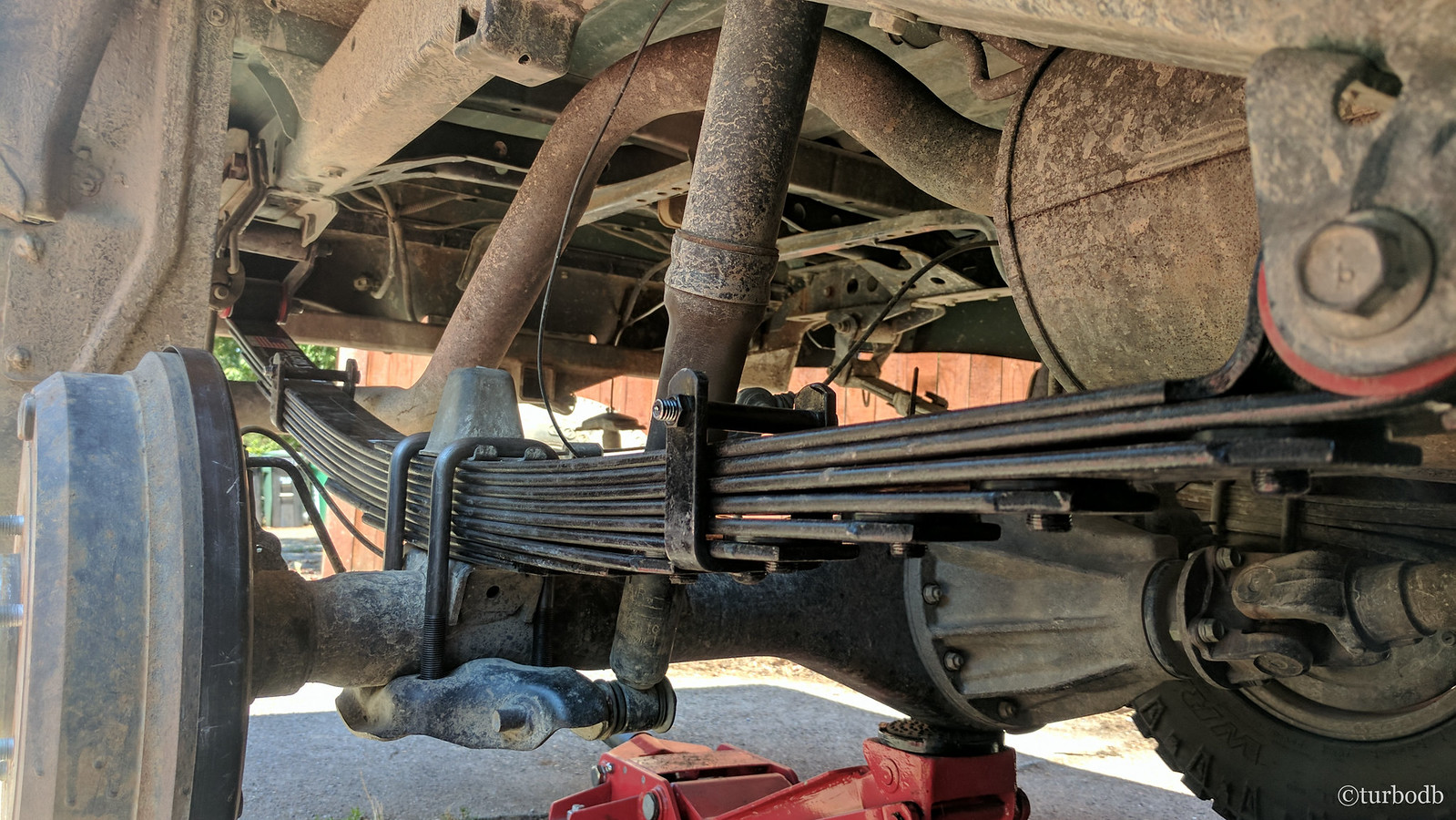