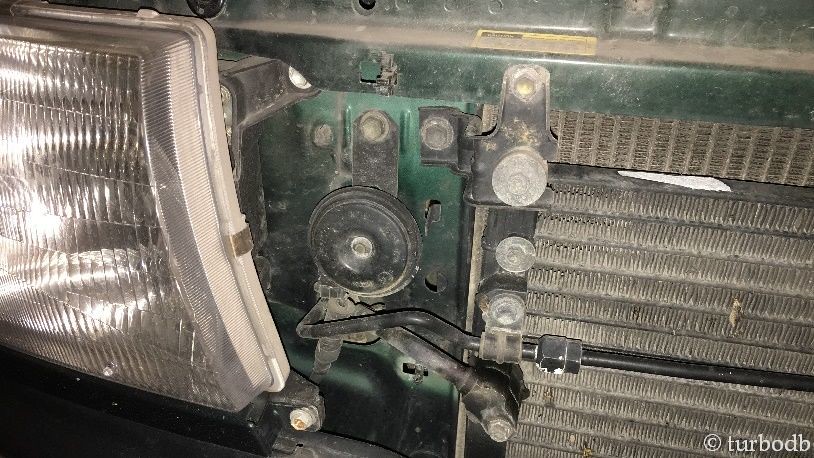 First generation Toyota Tacoma's are known as great trucks. The horns - specifically on 2000 Tacoma's - not so much. For some reason, Toyota decided to only put "half a horn" in the 2000's, and it's obvious. The thing is wimpy. It's quieter than my Honda CBR 600 F2 motorcycle. It's time to make a change.

As with most projects, this one starts with opening up the hood, and in this case, taking off the grille, which is held on with 8 little retaining clips. 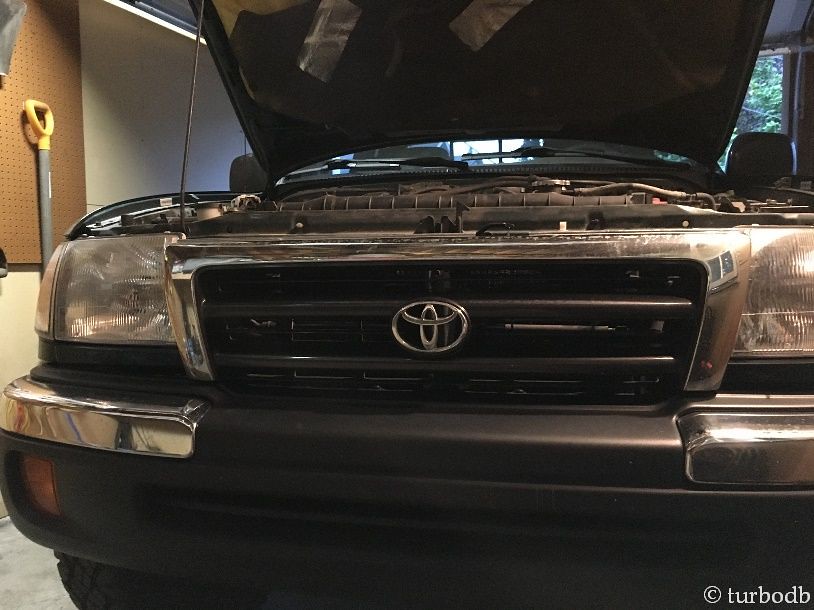 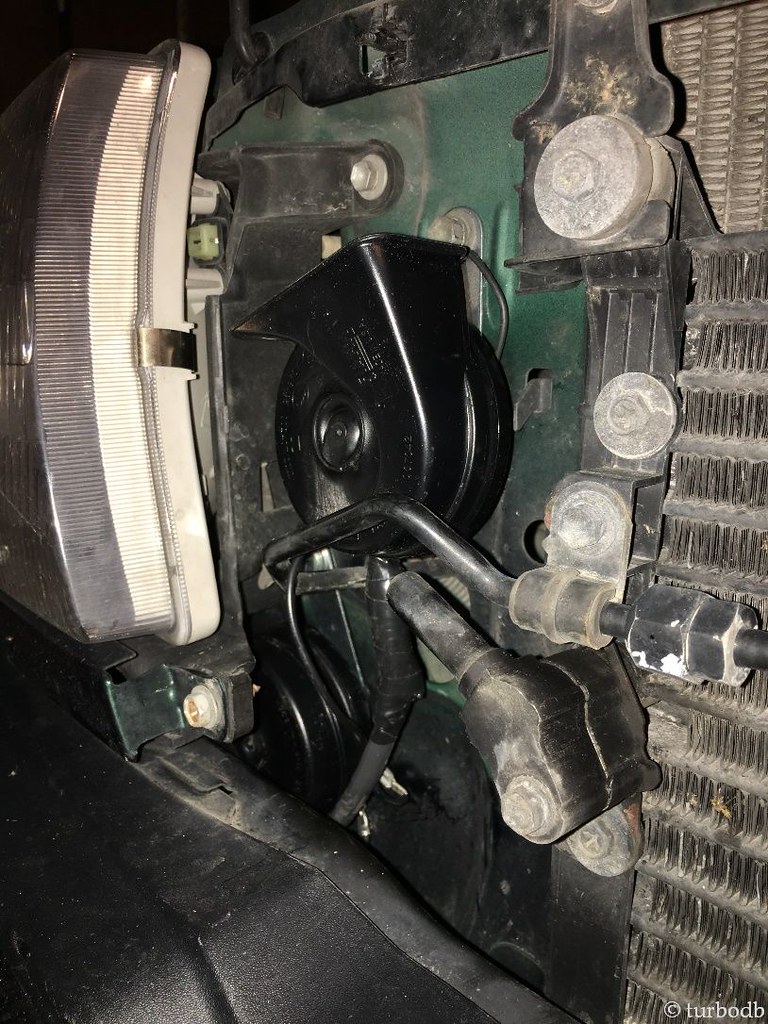 And with that, the weakness that is the OEM horn is revealed. Simple enough to remove (a one-wire harness), it was out in no time and I'd wired in two spade connectors - one for each of the 130db Fiaam "Freeway Blaster" horns that I'd purchased as a replacement. Those puppies had to be crammed in a bit, but they worked out just fine.

And now, the horn is loud. Still a bit high-pitched, but at least you know someone's there.