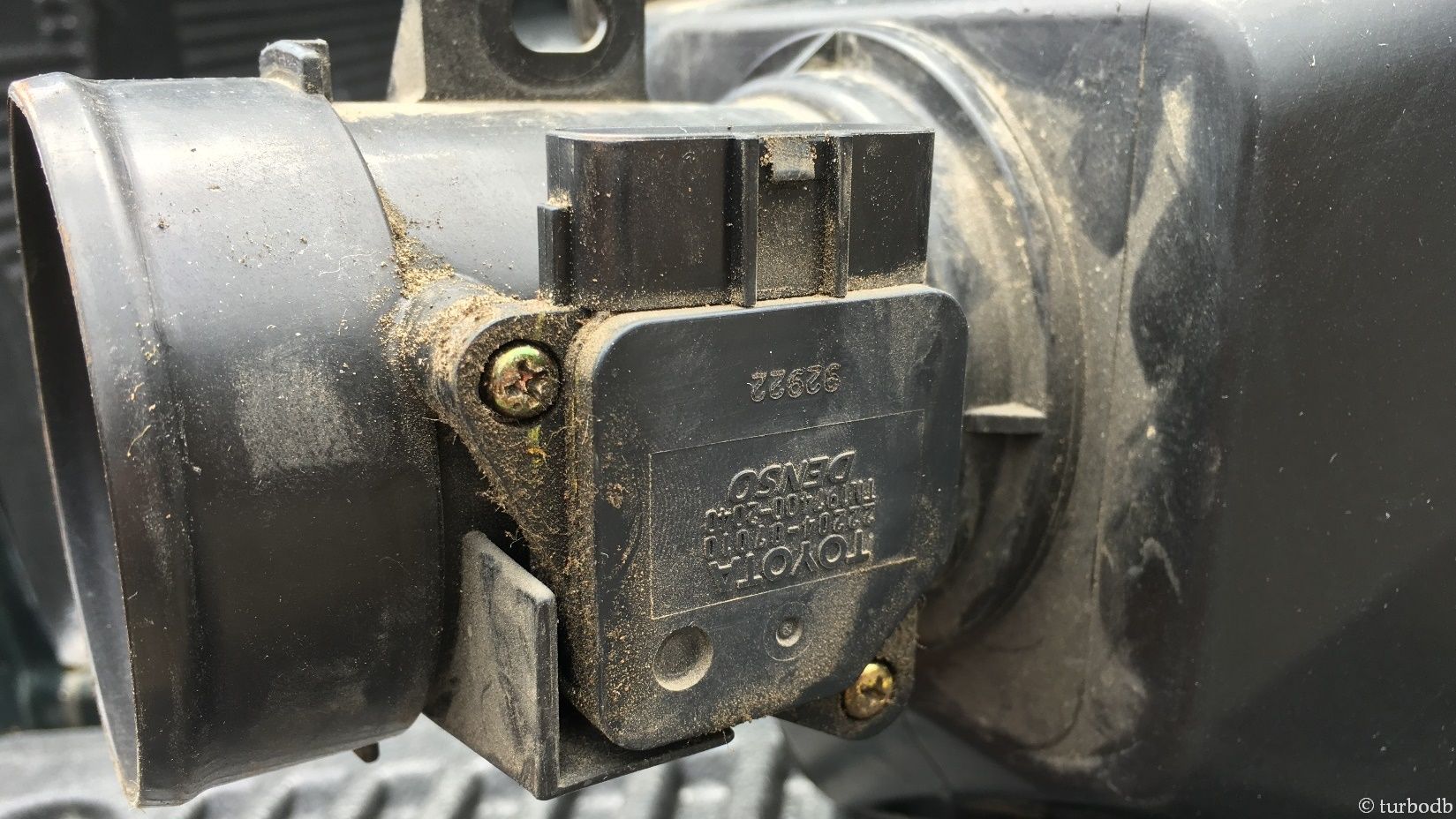 Oh shit, the engine light's on - upgrading the air filter

Epic journey behind us, it was time to find out what was wrong with the engine and get it fixed.

Step 1: Read the error code. To do that, I bought a Kiwi3 OBDII adapter and the DashCommand app. Error code P0131 - which in mechanic-speak is "bank 1 too lean" and in human is "dirty air intake." Side note: these two gadgets are an awesome combination. With them, it's like having a car from 2010 - instant fuel economy, average fuel economy, and all sorts of stats, coming directly from the computer. Sweet.

Step 2: Fix it. So I read up everything I could on the infamous P0131 (it turns out, quite common) and determined that there were two courses of action called for: MAF sensor cleaning, and air filter replacement.

Always looking for the easy way out, I did the air filter replacement first. To save $3 on a $70 filter, I spent about 3 hours online researching air filters and determined that the aFE 31-10013 washable filter was the one for my truck. Never again would I need to shell out $12 for a paper filter that would last 30K miles. Which means I'll break even in about 150 years. But I saved $3, and actual installation time was on the order of two minutes. (Plus the time to install the aFE sticker that tells those shop guys to clean - not throw away - my air filter.)

Then it was on to cleaning the MAF sensor (mass airflow sensor). Basically, a little piece of circuitry that is "behind the air filter," which measures how much air is going to the engine. Apparently this thing can get dirty after 60K miles, and then it stops registering all the air. An astute reader may think, "Does it change any of the operating parameters of the engine as a result?" That's very astute of you, but I have no idea. I'm just trying to fix this thing, stop asking me so many questions.

So off came the air filter box, and then the MAF sensor, which did in fact look dirty. Cleaning it is a matter of spraying some magic MAF cleaner on it until it shines (I mean, looks orangey) which I did. 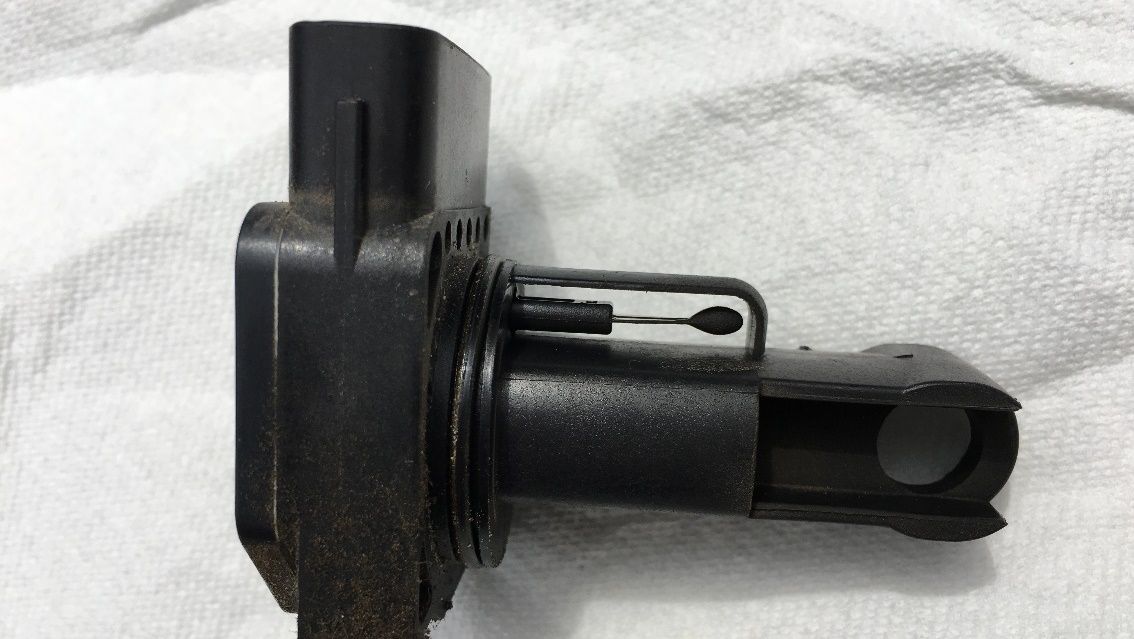 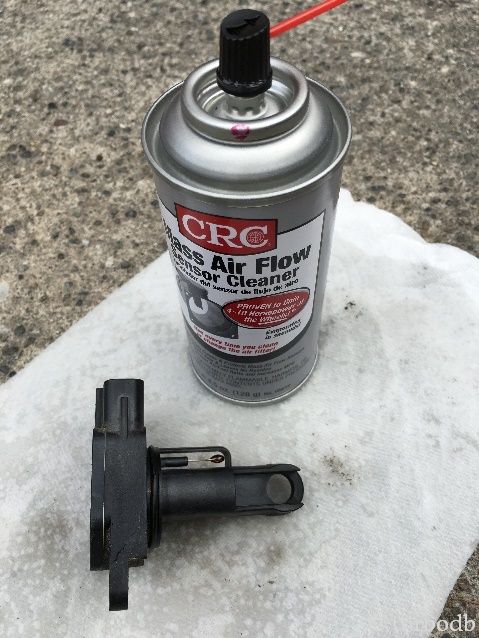 It was then back together with everything, a reset of the error code, and voila, it never came back. Some might say I was finally starting to get the hang of this car stuff. They'd be wrong, trust me.