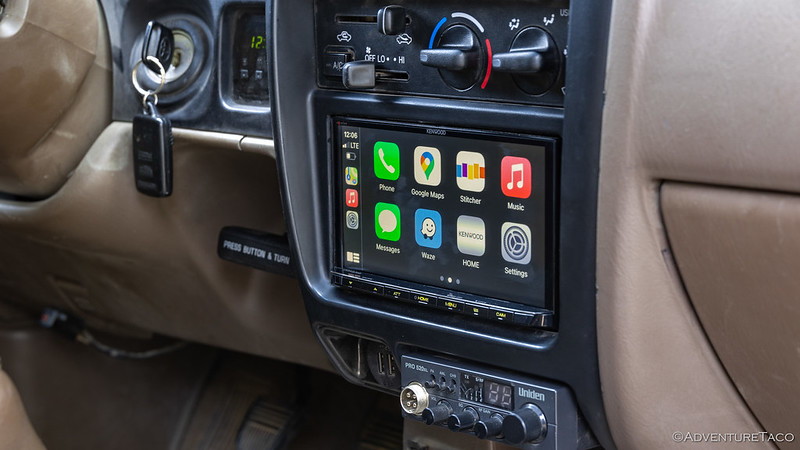 It was five years ago now that I made a huge mistake in the stereo department for the Tacoma. At the time, I thought I was fixing my first mistake in the stereo department, but it turns out I was simply prioritizing form over function - and that's never the right decision. But let's take a step back in history for just a second, to see how we got here.

When I purchased the truck in late 1999, I got the fanciest stereo I could from Toyota. It was super gnarly. I mean really. Of course it had AM radio, and FM too. I loved the tape player. I mean, it could autoreverse and fast-forward to the next song. For real though. The cherry on the top - naturally - was the CD player. I mean seriously, a built-in CD player in the car!

I was living the good life.

But then, I got jealous. Jealous of the Bluetooth that I saw in other cars. And so I did some research and installed the stereo that I was sure would be the last I'd ever install. Not only did it have Bluetooth, but it had a touch screen. And it played videos. Seriously, I was so rad. 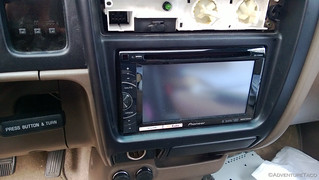 The problem with the Panasonic was twofold: first, the screen was a resistive (rather than capacitive) and so wasn't ever really that bright or responsive. But more disastrously, it always looked like it was in "club mode." Seriously, it was like the designer had just discovered animated gifs and Windows 95 screensavers and mashed them together. And there was no way to just "turn it all off."

I suffered for three years before convincing myself that I should just get a stereo that I could set a black background on and be happy. I decided I might as well go all out and get something completely configurable so that I'd never have this kind of problem again. And what's more configurable than a stereo running Android, amiright?!

So, I did some more research and settled on one that had all the right specs. Running Android 6.0 on a quad-core processor with 2GB of RAM and 32GB of ROM, it had all number of cool features including navigation and OBDII integration. This thing was the bomb.

Except that it wasn't. It did solve the background issue - I was able to use a black background too keep myself from going crazy - but that's about where the awesomeness ended. It had Bluetooth, but the implementation was so terrible that you had to start one app to connect a phone, then another to actually stream music. I could download apps from the Play Store, several of the apps I wanted to use - for OBDII and navigation - didn't work well or at all. And overall the UI just felt a little cramped - because while it's kinda cool to run Android apps, there's a reason that Android Auto and Apple CarPlay exist: phone UI just doesn't work real well in the dashboard.

This time it took me five years to bit the bullet and address the problem, but I finally have. I swallowed my pride and purchased a Kenwood DMX906S. 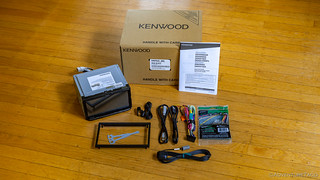 Now, I want to make sure to set the record straight here from the get go - you guessed it: I messed up again.

As I researched this stereo, one of the "features" I liked was that the screen could tilt up slightly, making for a better viewing angle from the low position in the dash. It turns out however, that no, I was tricked by marketing jargon and this model does not have that feature. Get the DDX9906XR / DDX8906S / DDX8706S / DDX819WBTL (or model year equivalents) if you want a tiltable screen. 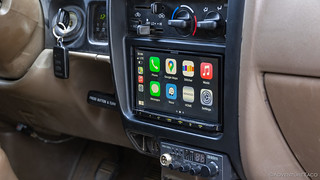 It does however have several things that I do really like:

So, for now anyway, I am happy. I don't know if I'll be content with this setup forever, but having something that just works is much more enjoyable for me than something that seems to have infinite configurability.

Jealously and smartphones = Bluetooth for the Tacoma