That Panasonic stereo I installed back in 2013 was great for the Bluetooth, and it was nice for playing videos, but the UI was just horrendous. I mean, why can't there be an option to just make the background black, and not some pulsating craziness that belongs in "The Fast-er-est and Furious-er-est," not a Toyota Tacoma?

Plus, I'm getting to that point where I should just buy what I want - I mean, I've learned from Pops that I'm just spending @mini.turbodb's inheritance at this point, even if she did love the old stereo for watching videos.

So, I did the same thing I did last time. Let me refresh your memory:

So, it was time to get Bluetooth a new stereo in the truck. As always, I went about it in the most difficult way possible. First, I researched. I wanted a Bluetooth stack that worked with Windows Phone, something that had an external microphone, and I wanted it in a stereo package that would last me another 10 years - which meant that it needed to be a touch screen, and it needed to play movies. Because who doesn't want to watch movies while they are driving? No one. But, I'm getting off topic.

I want a black background.

I researched for way too long and decided that the Panasonic AVH-3500BHS Joying JY-UL135N2 was the perfect thing for me.

This stereo is Android (5.1 Lollipop) based, and is oh-so-much better. It's got the black background. And yeah, I had to sand down the double-DIN opening a bit to get it to fit around the stereo bezel, but c'mon, the background is black.

I'm sure this stereo will last me 10 years.

Here are detailed install notes from this thread that I started about the stereo.

So, I just got a new head unit that got a bit of discussion in a thread a few days ago - an Android (v5.1.1) based unit by JOYING (JOYING JY-UL135N2). I got it to replace an already after-market Pioneer that I wasn't a huge fan of due to the obnoxious background graphics that I couldn't get rid of.

Stock pics of the head unit and harness from amazon: 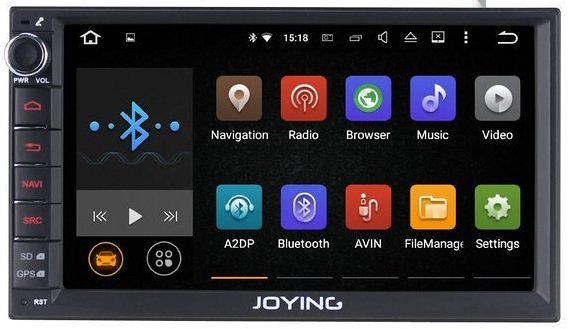 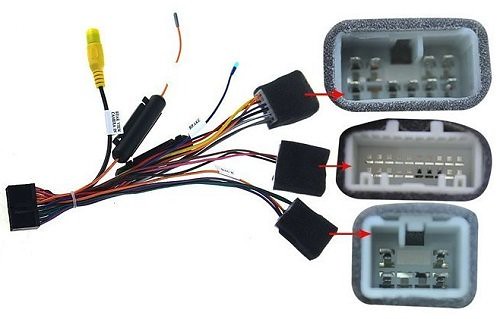 Overall, I definitely like this unit better than my pioneer, and of course better than the OE CD/Tape player. If you don't mind the minor mod (above), I totally recommend this for a great experience in a 1st gen.

Ask away if you have questions.

The more I used the Joying stereo, the less I liked it. Really, I realized that the "things I don't like" are just as important as some of the reasons I put the stereo in to begin with. For example, I originally installed the Pioneer because I wanted great Bluetooth. The fact that Bluetooth is sort of a stinking pile on the Joying means that a lot of things don't "just work."

So anyway, I've changed it up again. I probably waited about 4 years too long, but better late than never. Read all about it in A Stereo that Just Works - Kenwood DMX906S.