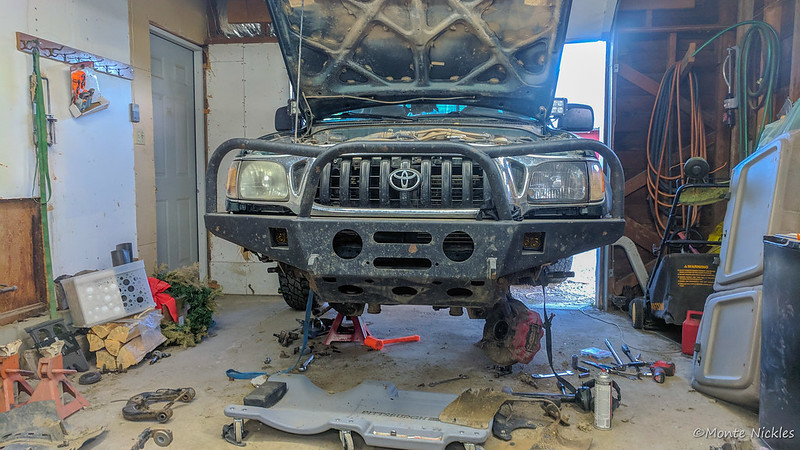 This story starts a little differently than most. See, every year a core group of folks head out for a two-week-or-so excursion to a spectacular location for a bit of wheeling, a good dose of camping, and a ton of fun.

But last year was different. I mean sure - we had all those things for the most part, but we had to cut the entire trip short when - within a couple hours - all three trucks ran into serious issues on the trail. It's worth reading at least that part of the story from Redhead Down, but I should probably summarize it here:

Clearly, not our best day. And, the end of our trip, the Redhead unable to make it home under her own power. 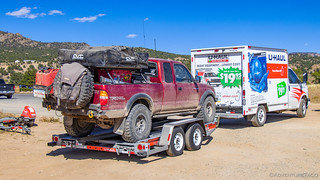 Over the winter, much work was done to fix the issues that had cropped up - and then some. Over the course of a couple months, parts and tools were acquired, the Redhead's engine was pulled, and old parts were cut off so new ones could be welded on. It was a herculean effort, as Dan @drr, Zane @Speedytech7 and I helped Mike get the truck back into shape. Mike was on top of the schedule - of course - and the work was mostly done by December, though additional upgrades to things like the rear suspension continued into the spring. 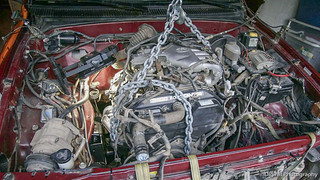 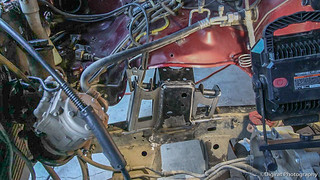 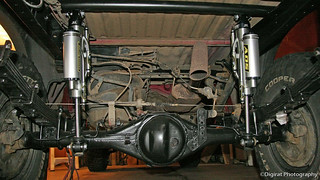 Monte too set about fixing his truck - though a bit closer to "trip time" than Mike. It was April before he started working with the vendor of his aftermarket lower control arms (Solo) on figuring out the solution, and it was the end of July when he finally got them replaced. Of course, he did some other work as well, strengthening some of the same parts that Mike had blown up the previous year. 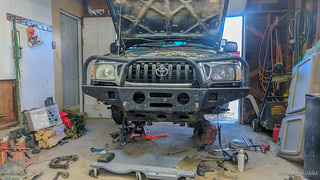 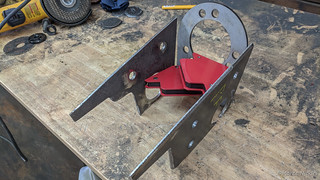 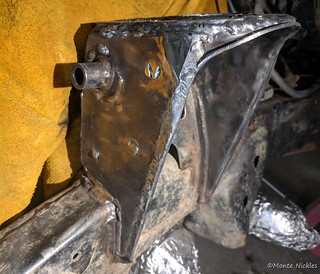 I on the other hand, did very little. I never could get my braking situation to repeat itself (thankfully), and since I continued to head out on trips through the winter, I figured that everything was mostly OK. There was normal maintenance of course, but I was lucky enough to spend most of my time in places like Death Valley's Hidden Dunes, where I was buzzed by F-18s - one of the most exhilarating experiences ever. 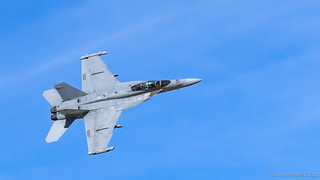 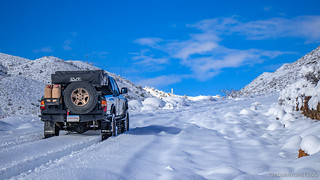 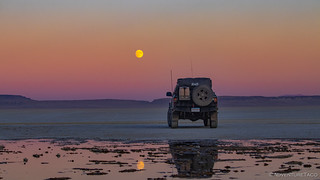 The Alvord Playa is a very special place in Oregon.

As the time got closer for us to depart and we finally settled on a firm date, things were going smoothly - too smoothly! It was then that we found out that Monte wasn't really ready.

Welp. Hopefully my sh*t gets here in time from Wheelers. Been a bit of a fiasco trying to just get new bushings [for the rear leaf springs]. Been waiting quite a while.

Otherwise I won't have a truck...Monte (5 days before departure) 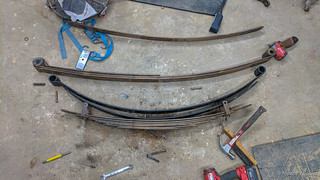 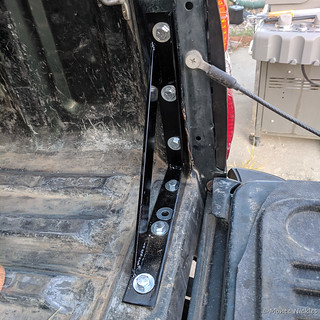 Bed stiffeners, also a last minute addition, given that Monte's bed was still falling apart - more than a year after he discovered it.

And, not to be out done, Mark @IDTrucks - who had also decided to join us for the first time since 2017 - discovered that he had a bit of an issue with his front suspension.

Well gents, I think I’m f**ked. Found this gem doing truck prep. Crack in the spring  right at the bottom. Unless someone has a coilover or a coil I can swap in, or if you all think I can run this and see what happens...might be a safety concern even off road.Mark (2 days before departure) 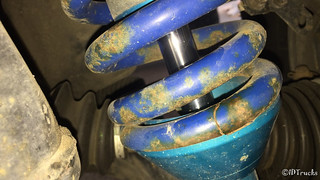 So yeah, with two days until departure, we were in scramble mode. I offered some parts to Monte, and Monte offered parts to Mark. Mike and Dan were also offering parts - it was a mad dash to get everyone into a working state.

Things were right (or at least normal) in the world again. And that meant it was time to start a two-week trip into the Clear, Colorful, Colorado! 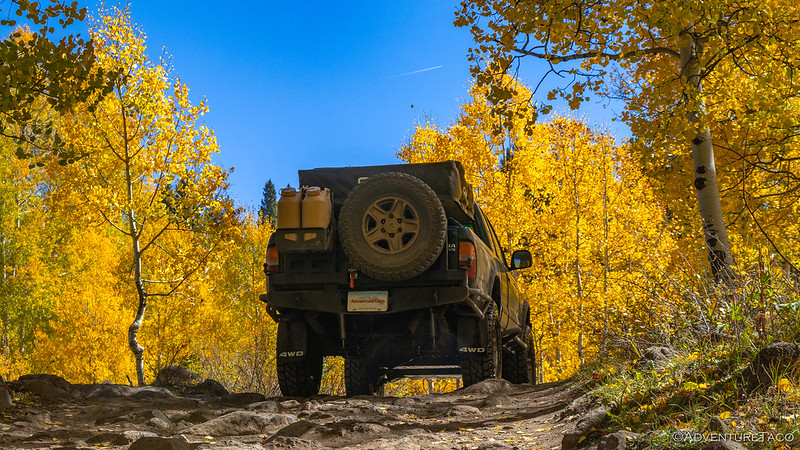 We Arrive, and Our Timing is Perfect - Colorado #2 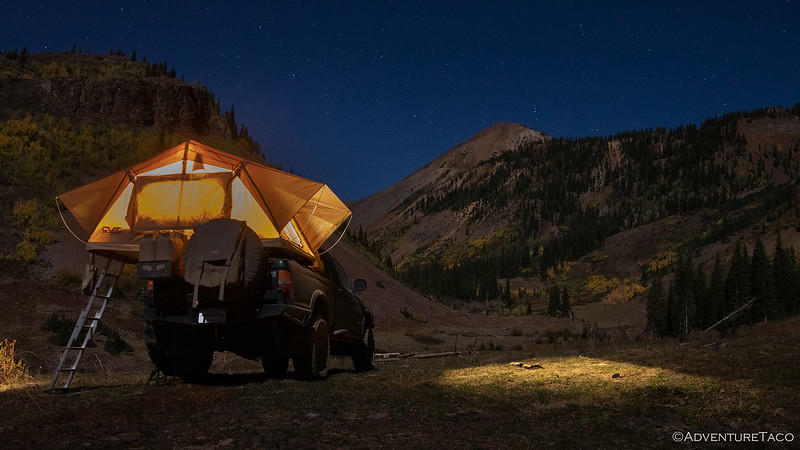 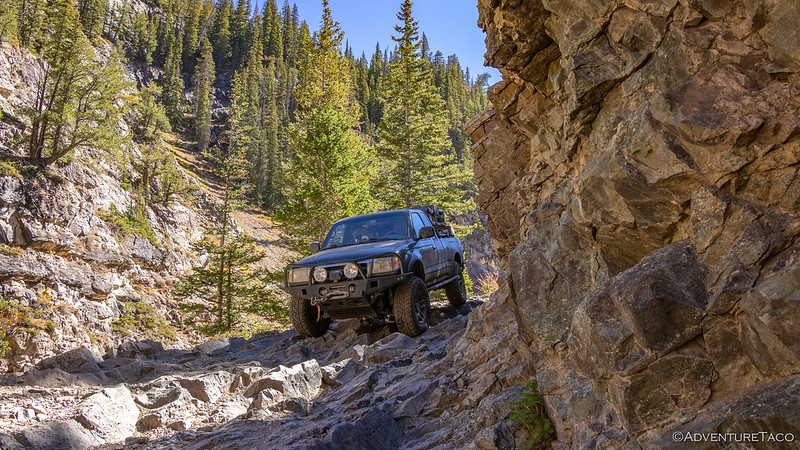 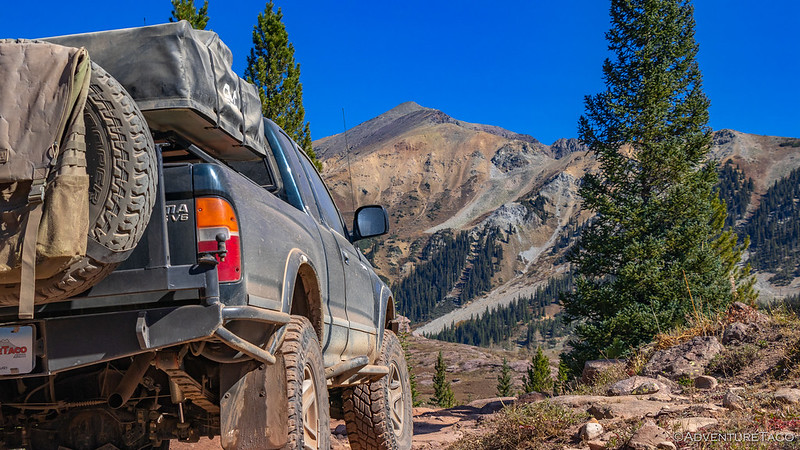 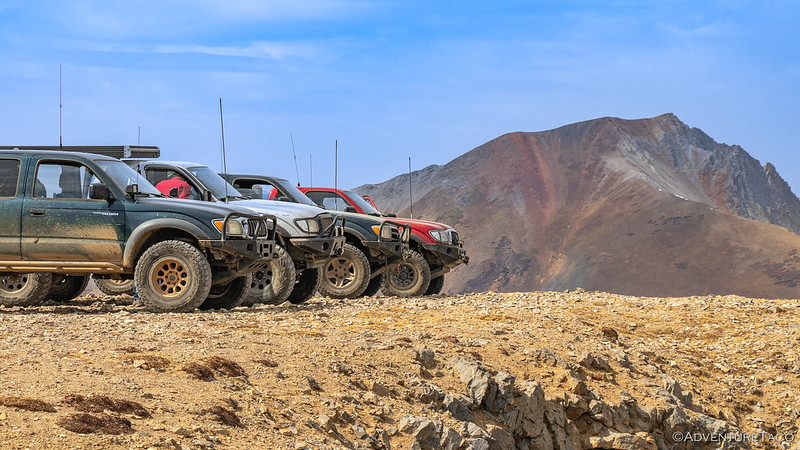 We Should Have Brought an American Flag - Colorado #6 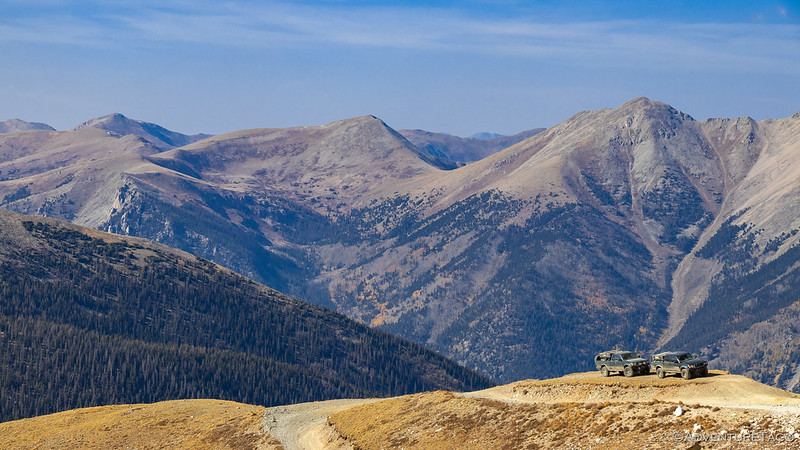 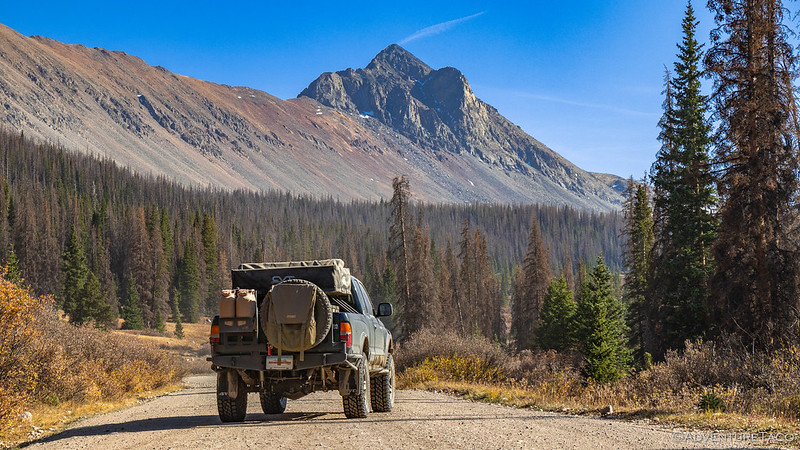 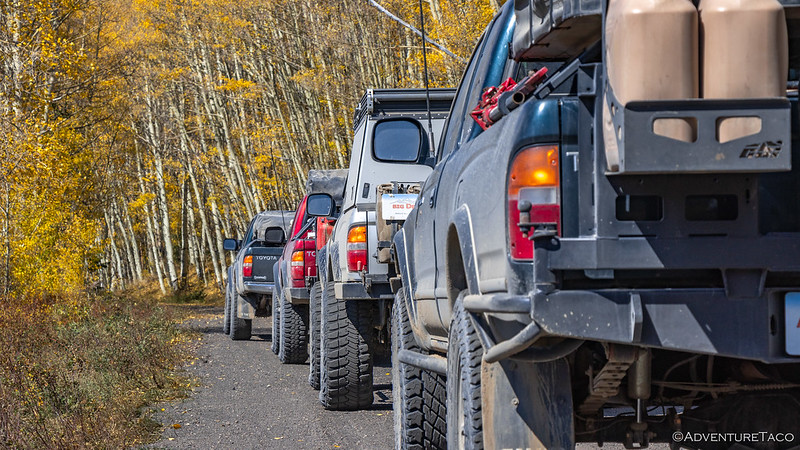 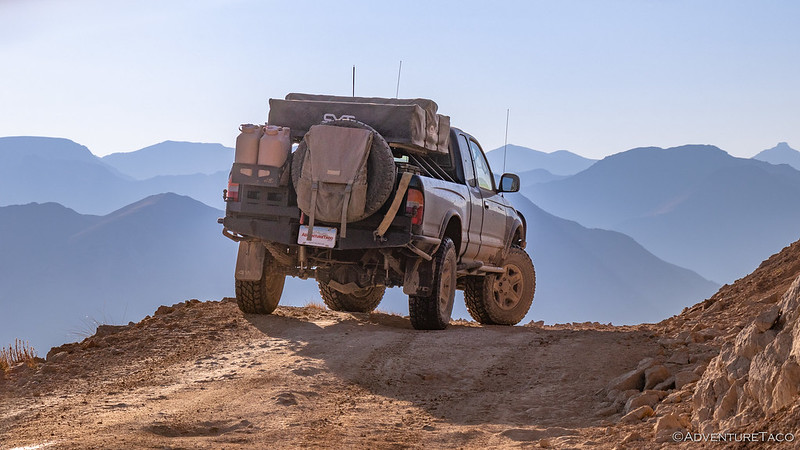 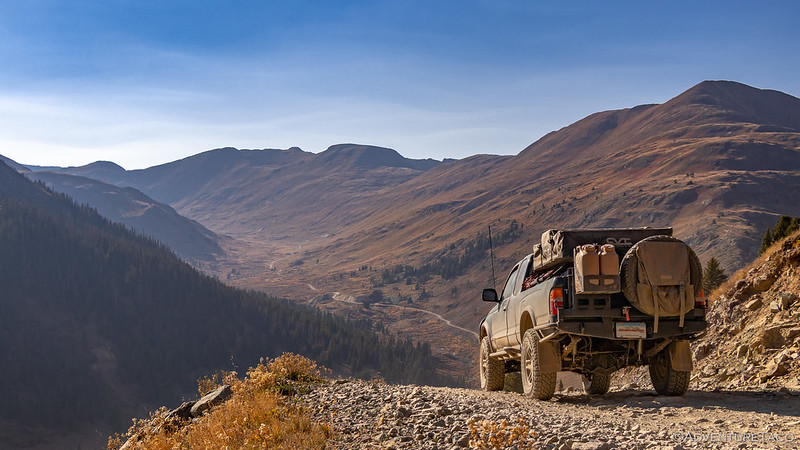 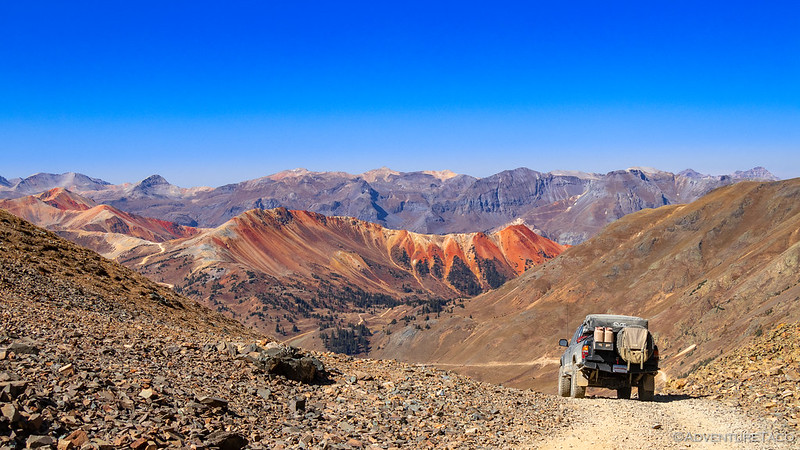 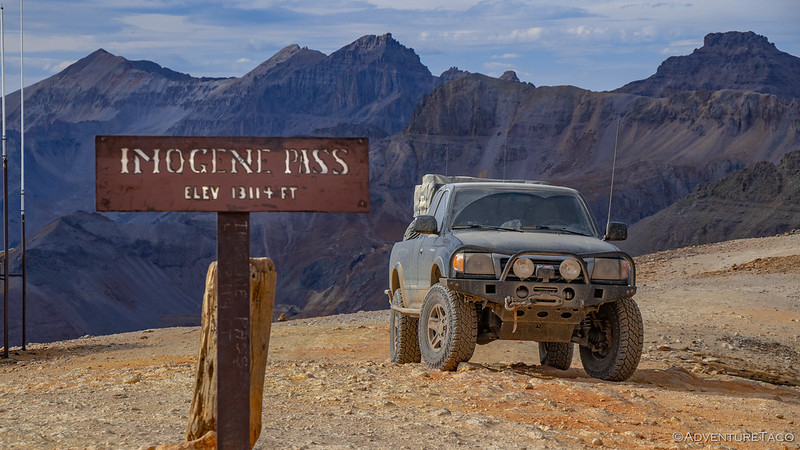 The Best for Last - Black Bear and Imogene Pass - Colorado #13