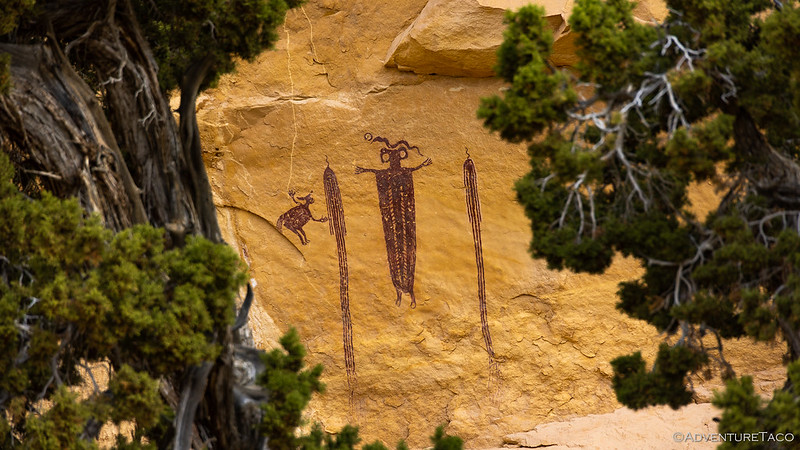 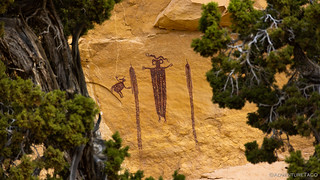 I can't really believe that I've been exploring the western United States for nearly five years now and have yet to spend any time in the San Rafael Swell. That's not entirely true - technically. I did camp one night on - what I now know to be - the extreme eastern edge of the Swell, just before a trip into The Maze with Ben @m3bassman and Zane @Speedytech7, but since then, I've never even driven through this amazing place on the highway!

This week would change all that. With eyeballs as big as saucers, I set about planning what I hoped would be an extensive foray into a place that I've only ever heard great things about. I knew it would be just the first of what would - hopefully - be many trips to this awesome place.

I had no idea at the time just how varied the San Rafael Swell really was. And so, thinking I knew what to expect, we set off south. Oh, did we get more than we ever thought possible. And boy, is there so much more to explore!

Come along then, as we head (mostly) west-to-east along I-70, forking off to the north and south to find some of the treasures - petroglyphs, pictographs, fantastic 4WD trails, and views into infinity - of this special place, including:

And that's not all, whew! 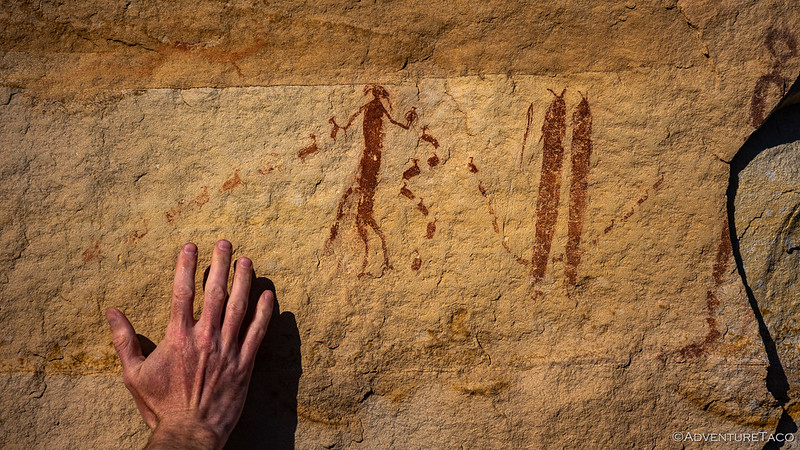 Not What We Expected | San Rafael Swell #1 - I can't really believe that I've been exploring the western United States for nearly five years now and have yet to spend any time in the San Rafael Swell. That's not entirely true - technically. I did camp one night on - what I now know to be - the extreme…
END_OF_DOCUMENT_TOKEN_TO_BE_REPLACED 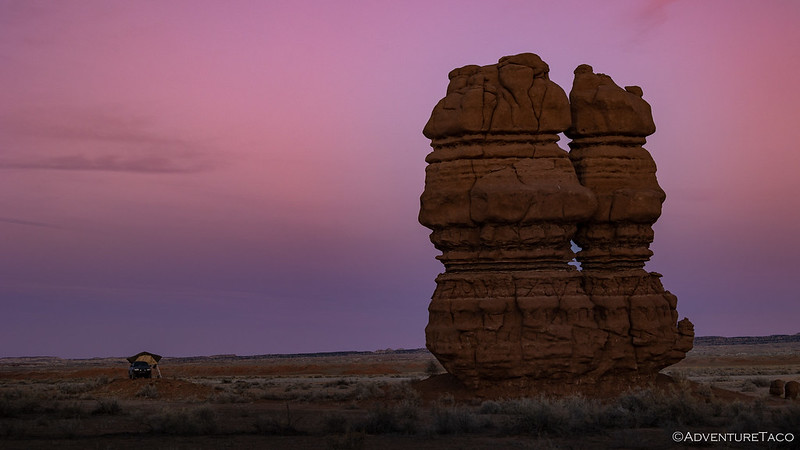 A Juggler, a Broken Hearted Man, and Sid & Charley | Swell #2 - A combination of ear plugs, not much wind, and sleep deprivation over the previous couple of nights meant that we slept pretty darn well on our Molen Reef overlook. And by "we," I really mean "me," because unfortunately @mrs.turbodb didn't have quite as restful a night as I did. So,…
END_OF_DOCUMENT_TOKEN_TO_BE_REPLACED 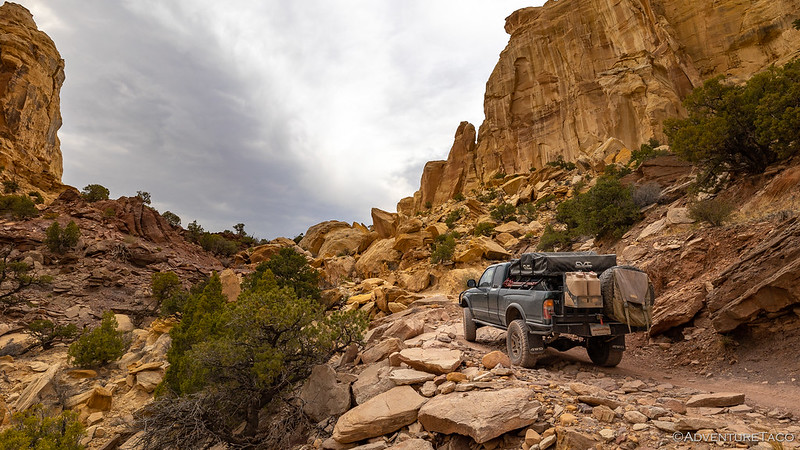 More Than We Bargained For | Swell #3 - I have to admit that we were a bit nervous as we climbed into the tent on our little hill next to Sid and Charley. As I'd pulled onto the pedestal, we'd noticed dozens of little burrows, and were a little concerned that we'd wake up to mice in the…
END_OF_DOCUMENT_TOKEN_TO_BE_REPLACED 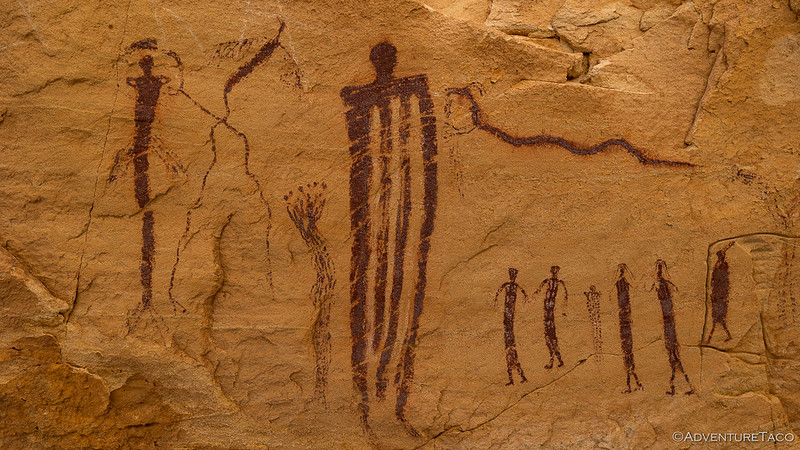 Transformation Panel of the Ochre Alcove | Swell #4 - We wrapped up the four-trail loop - from Devil's Racetrack to Coal Wash to Fixit Pass and finally along Nielsen Dugway (see More Than We Bargained For - Swell #3) - right around 3:45pm. With sunset slated for just before 8:00pm - oh, how I do enjoy the longer summer days…
END_OF_DOCUMENT_TOKEN_TO_BE_REPLACED 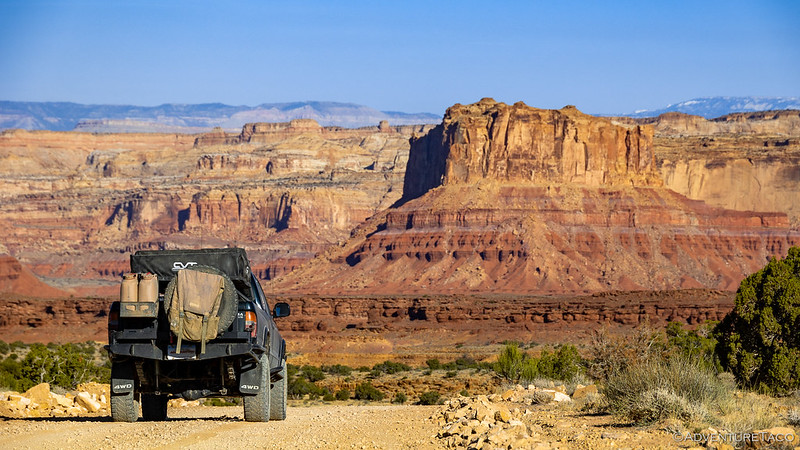 Dirty Devils and Black Dragons | Swell #5 - Initially making our way northwest along Temple Mountain Road before turning southwest through McKay Flat, I was glad we'd found a spot to camp so close to Temple Mountain the previous evening. In so doing, we'd avoided driving into the setting sun and now had the blazing ball of fire…
END_OF_DOCUMENT_TOKEN_TO_BE_REPLACED 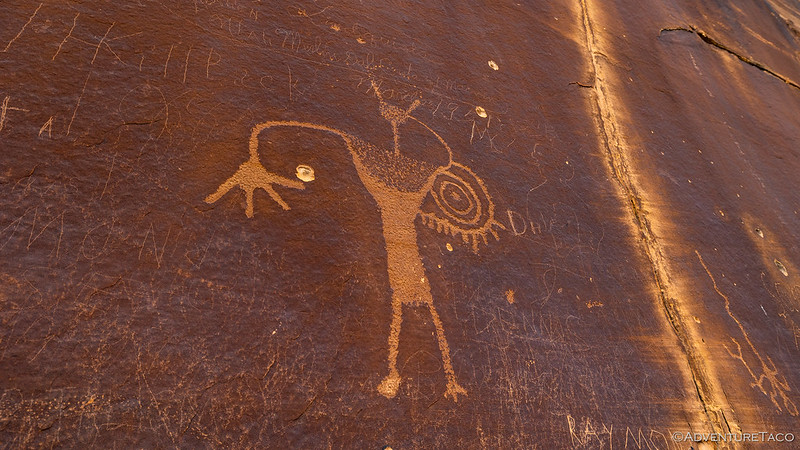 Buckhorn Wash and The Wedge | Swell #6 - Having modified our itinerary a bit to visit the Black Dragon Pictographs, we popped back onto I-70 and retraced a few miles of freeway through the fins of the San Rafael Reef to one of the more popular areas in the San Rafael Swell - Buckhorn Wash. Hiking to the…
END_OF_DOCUMENT_TOKEN_TO_BE_REPLACED
Leave a Reply Cancel reply