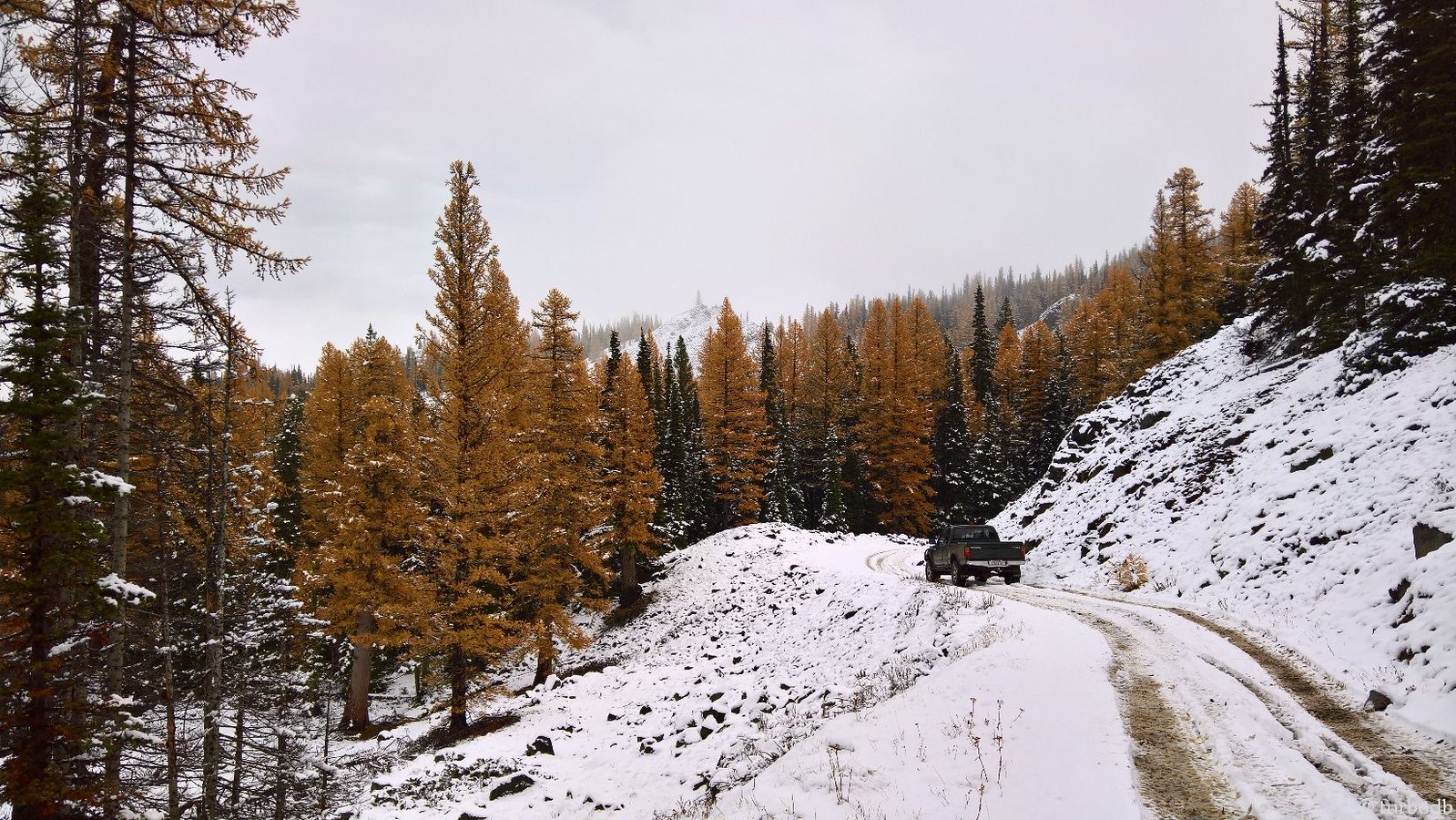 One of our favorite places to get away in Washington is the Sleeping Lady resort in Leavenworth. It's great year-round, with hiking in the summer, snow in the winter, and amazing food (included in the nightly price) all the time. 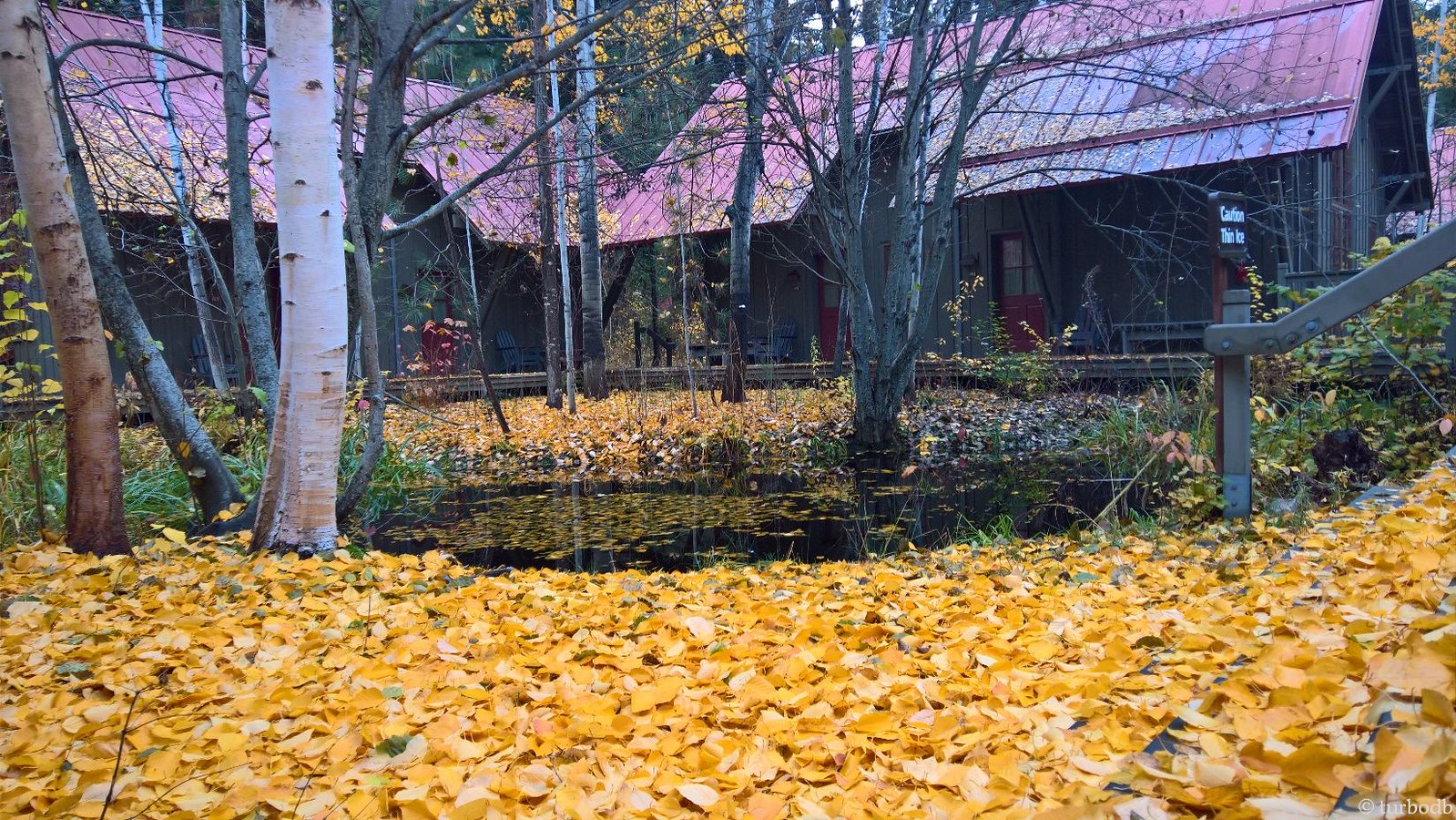 I've been itching to get away the last few weeks, and with rainy weather here for the next six months, we decided that we'd head to Sleeping Lady rather than on a camping/hiking trip. But, to make it a bit more of an adventure, I decided that we'd drive part of the way on the WABDR (WA Backcountry Discovery Route) - specifically, we'd join up with Stage 3 from Cle Elum to Wenatchee as it passed the town of Liberty and Table Mountain, and then we'd follow it through Wenatchee and to Cashmere - some 50 miles of trail.

Looking back, that would have been a good plan in the summer. But it was a bit sketchy given the current weather conditions. But, we're getting ahead of ourselves.

We piled into the truck around 9am, knowing that it'd take us longer to get to Sleeping Lady on WABDR than if taking the freeway all the way, but we figured that two hours on the freeway and three hours for 50 miles offroad would be more than enough (getting us to our destination for an early check-in around 2pm).

We headed up FR-9712, and three miles in we came to a road closed sign. Undeterred, we drove right by - turning back now would mean no off-road adventure! Less than a quarter mile up the road, we discovered the problem - a 50 foot long washout, 5' - 6' deep, especially steep on the exit side. Both sides of the road were blocked with concrete barriers (that had been conveniently rotated out of the way for hunters on ATVs - two of which passed us as we were checking out the situation). 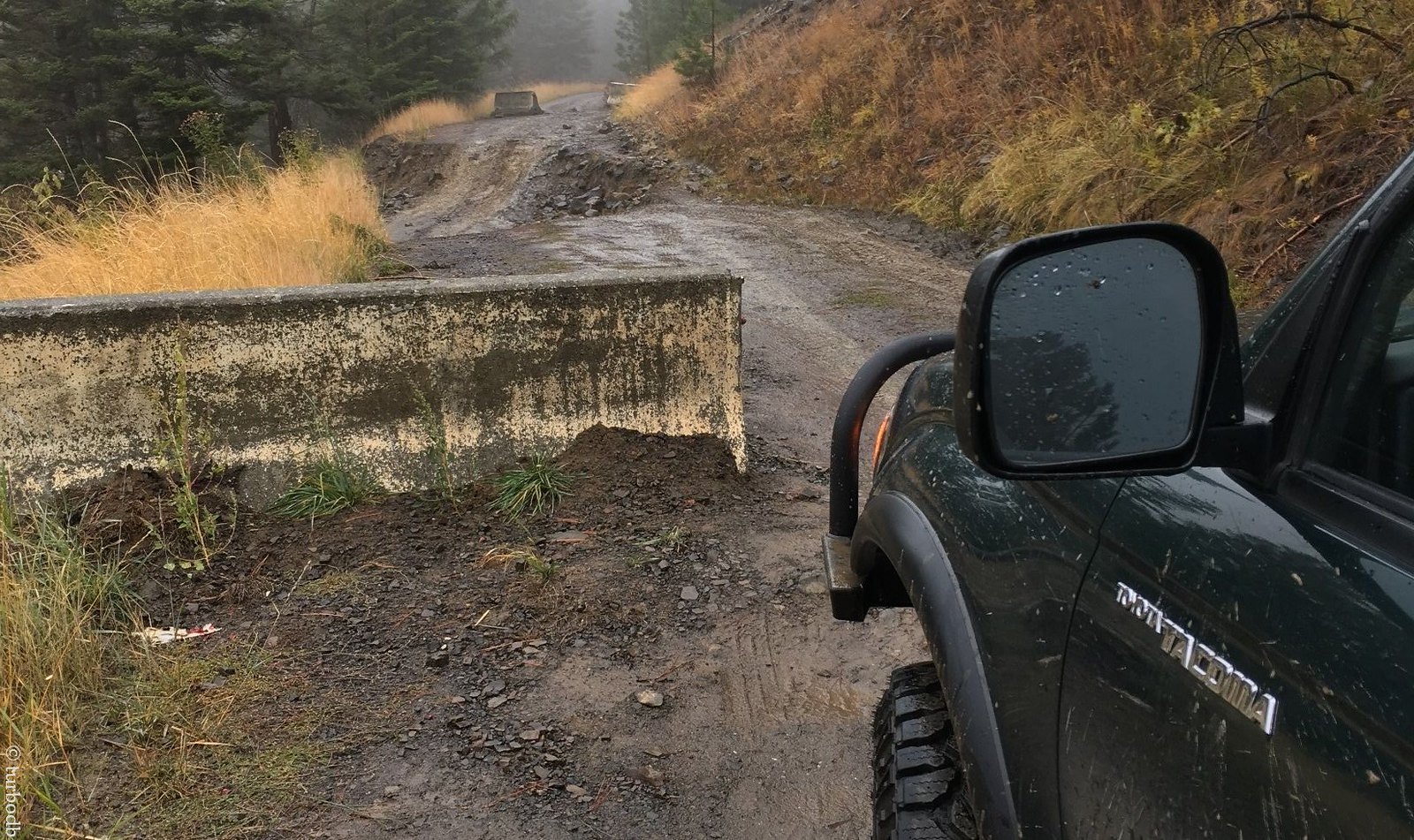 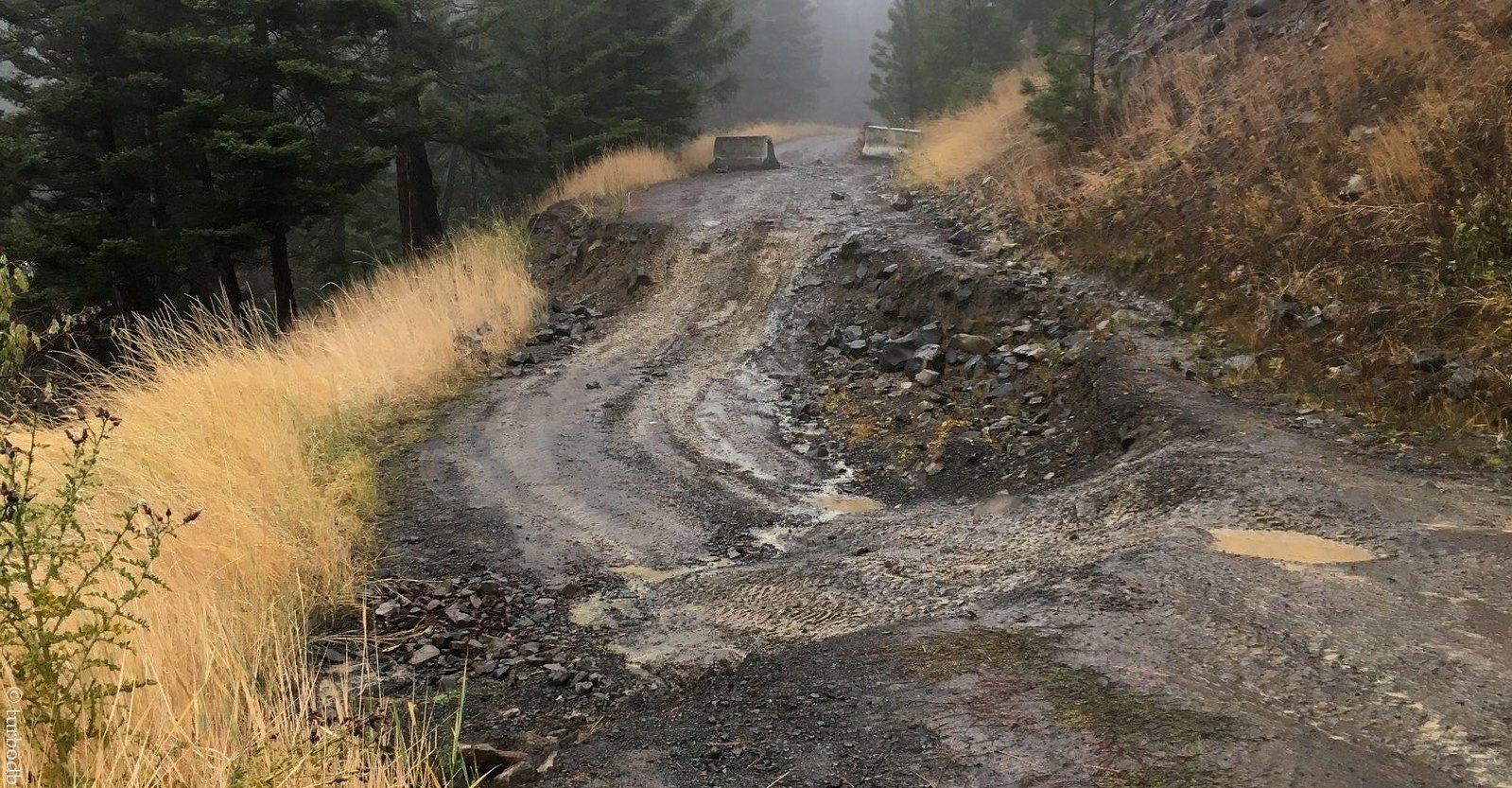 After scoping out the situation, we decided to give the washout a try. The exit looked iffy, especially in it's muddy condition, but I was sure I could back out the entrance if necessary, and there was a tree I could use as a winch anchor on the entrance side if it came down to that. So in we went.

As expected, the entrance was straight forward. In L4, I let the engine idle the truck down the washout. And, as expected, the exit was difficult. Even in L4, the first attempt out resulted in wheel spin in the mud and a loss of traction as the front wheels crested the washout. I backed up and put the truck in H4 to get a bit more speed, and powered through the second attempt, clearing the washout with a wave of relief.

Having heard one bump coming over the lip, I did a once over of the bottom of the truck and determined that nothing critical was impacted (I was glad for the Relentless armor) and we continued on our way - hoping the rest of the road was in better condition.

The road was in better condition, but as we gained elevation (we topped out around 6500') the rain turned to snow - beautiful, especially with the golden Larch trees (deciduous conifers) but also a little sketchy on a few stretches along cliff-sides, where our hearts were pumping as we hoped that our traction would hold. Reduced braking helped, and next time we'll probably fill the bed with snow to provide a bit better traction for the back tires (though, the Duratrac's were great in general). 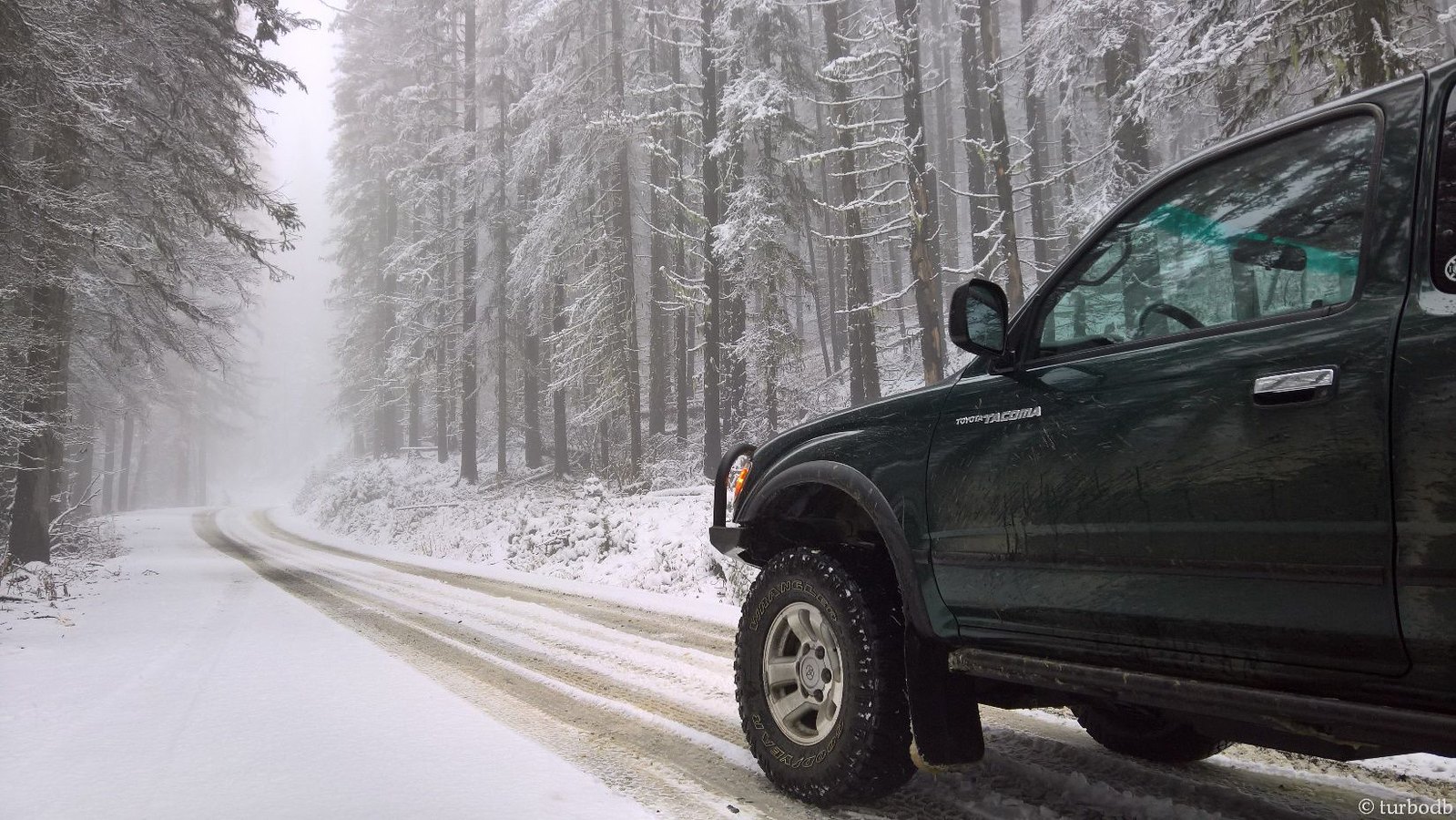 Over the next couple hours we averaged 10-15mph, passing a truck here and there, and several well-established camp sites full of hunters - some of which looked to be setup for a week or longer! As we descended out of Blewett pass, we neared a turn-off from FS-9712 where we could either take FS-7100 into Cashmere, or continue past on FS-9712 (now Beehive Road) into Wenatchee, and then backtrack on Hwy 2 through Cashmere to Leavenworth. With it nearing 1:30, and not knowing the condition of FS-7100 (which climbed back into the mountains), we opted for the Wenatchee bypass - knowing that we'd be back in better weather to complete the trip (and more of the WABDR).

Enjoy a fun little video mix of our WABDR run. We clearly don't take ourselves too seriously!