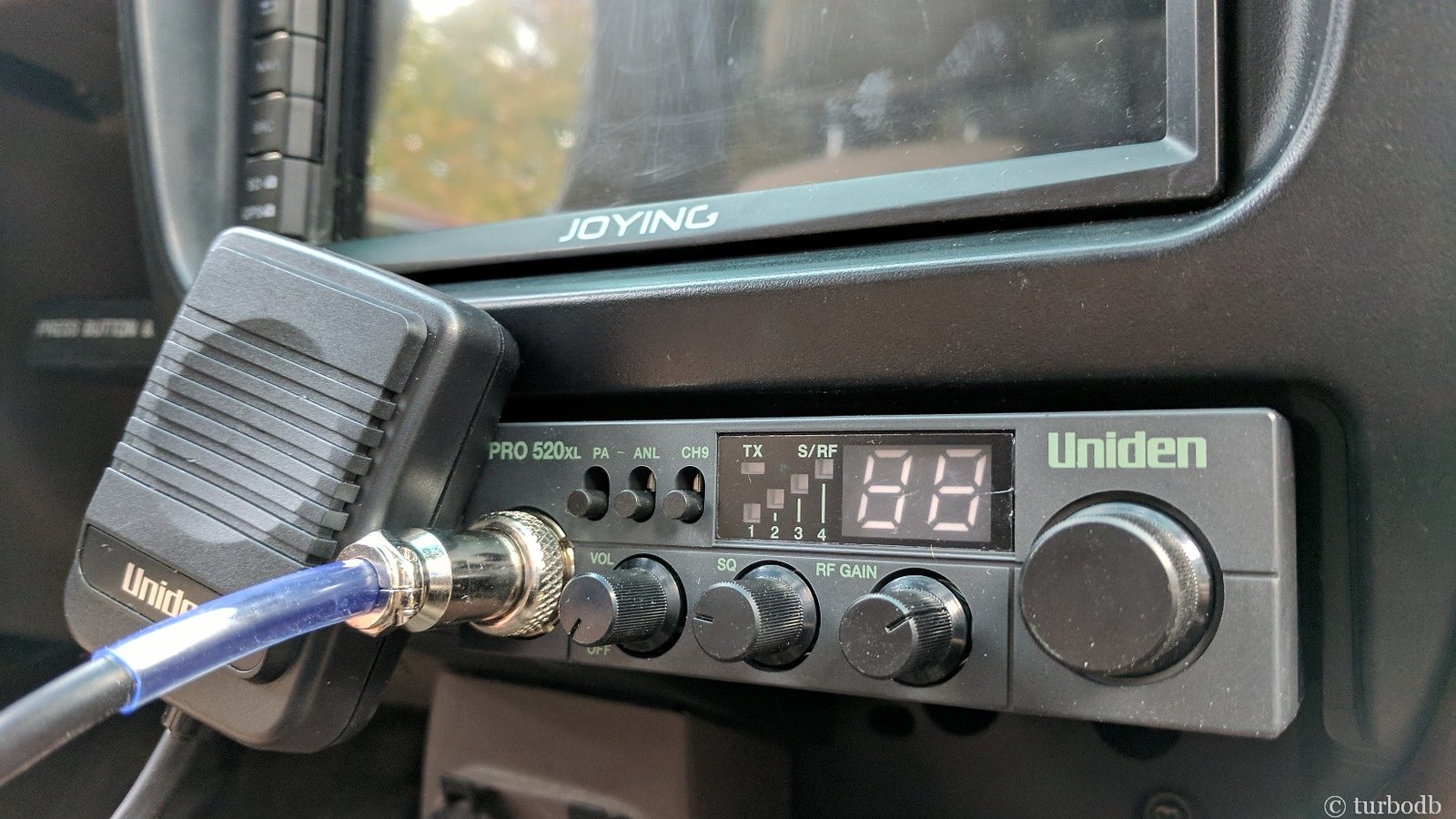 CB Radio - 'cause not everyone's a HAM

When I got the ham radio, my hope was that I'd just skip the whole CB thing. I mean, when you've got the real thing… 🙂

But, as it turns out (and let's be honest, I knew this when I installed the ham radio), a lot of folks don't have a HAM license, so CB's are the common denominator on trips. About to set-off on a 14-day De-Tour of Montana and Wyoming, it was time to get the CB installed.

For First Gen Tacoma's, there's really only one option for a CB radio IMO - the Uniden PRO520XL 40-Channel CB Radio. It fits perfectly in the ashtray location, and gets really high marks for usability and clarity - so of course, that's the way I decided to go. I'd need a few other things as well:

It all arrived over the course of several days - some of it "twice" - since the first CB radio amazon sent was the wrong one. So fun getting packages in the mail! 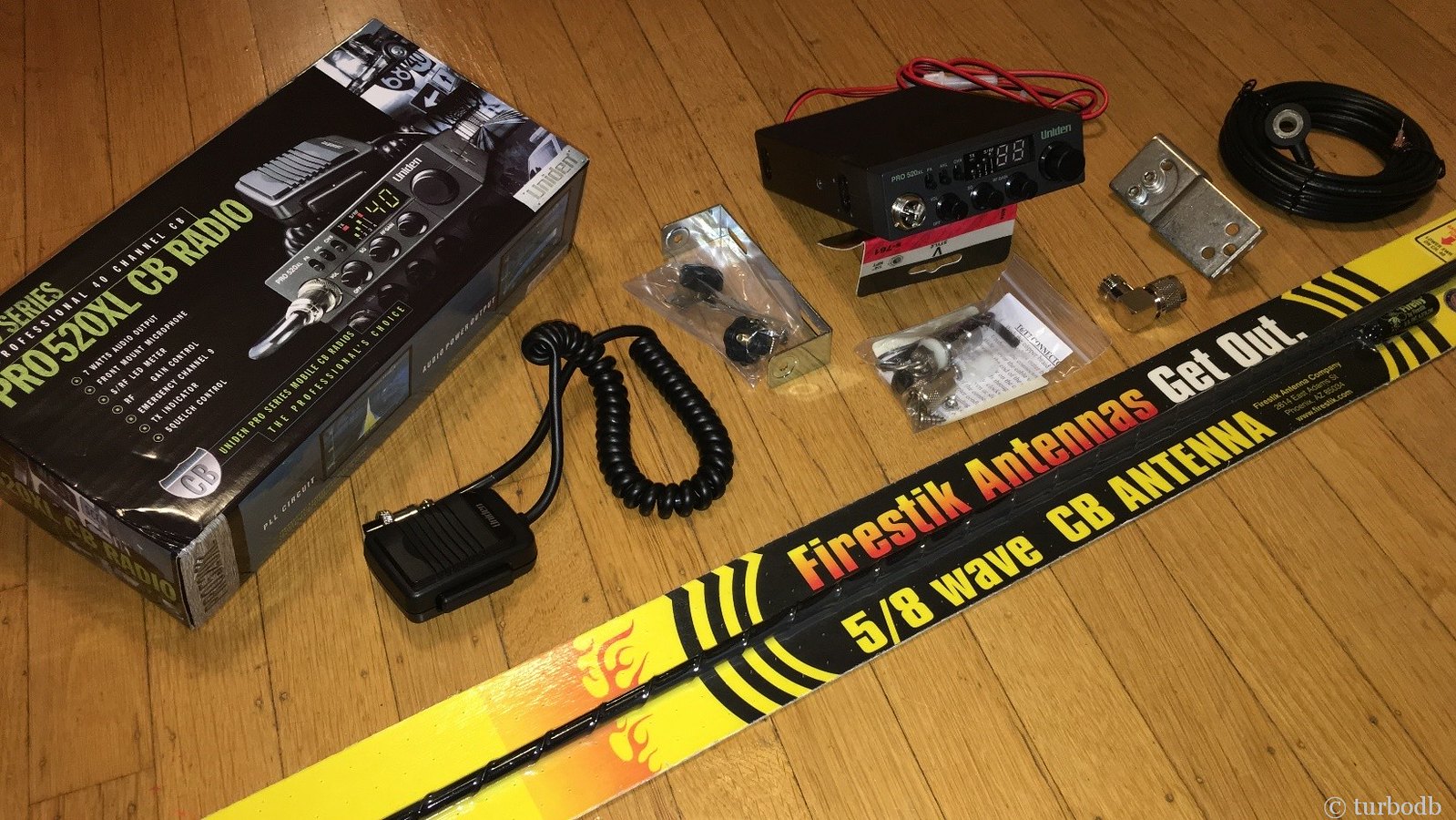 Ready to go, I knew that the install would be straight forward, but time consuming to make "clean." I started with the mount, which I placed on the drivers side. I was able to utilize a factory bolt (nice!) and drilled a single hole into the hood channel. I also had to bend the mount slightly to get it to fit in the channel, and I utilized a bit of electrical tape to help (hopefully) with any rubbing if (when) there are vibrations. 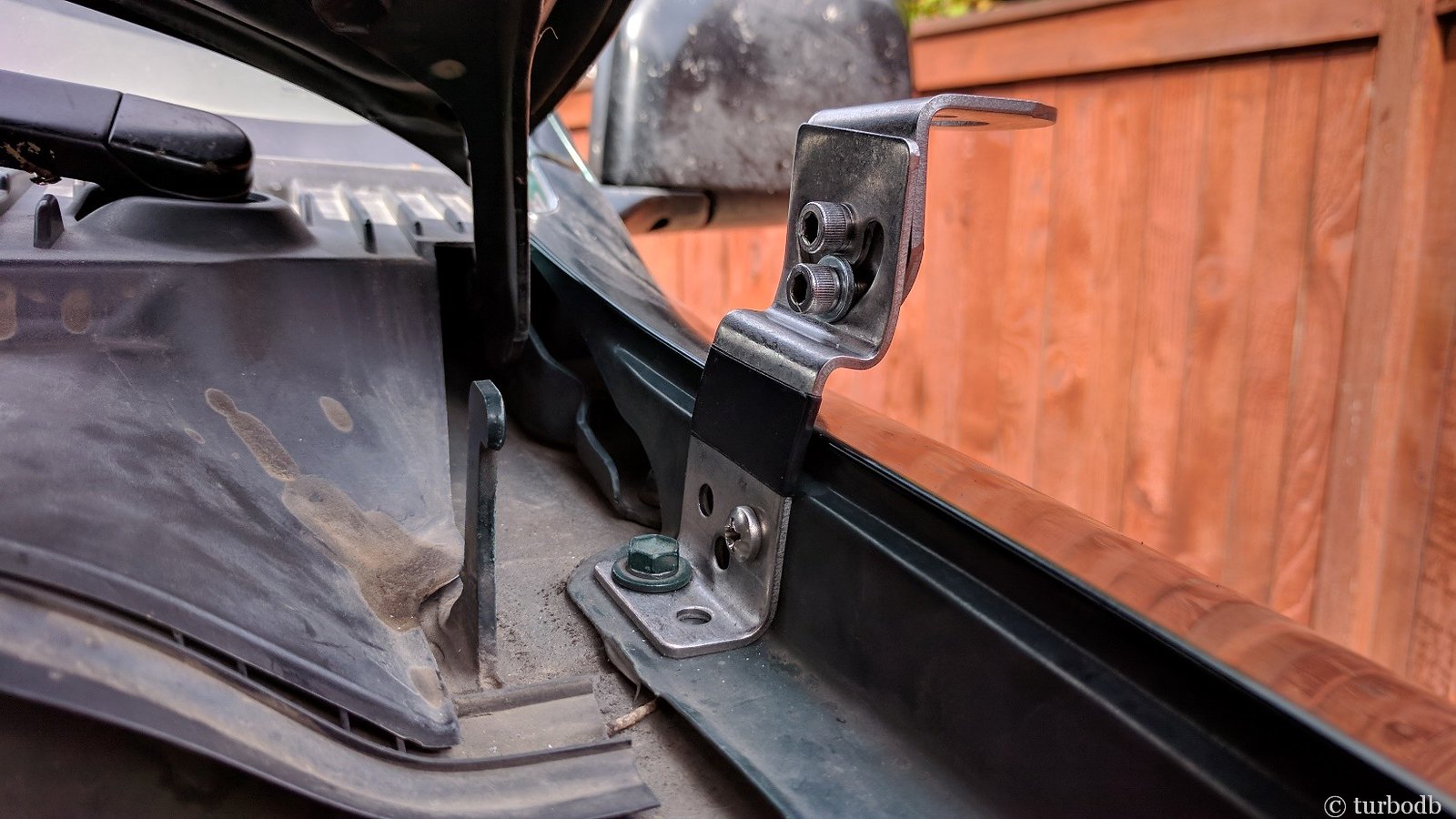 Then, it was time to install the coax that runs from the mount to the CB radio in the cab. First, I covered the exposed portion of the coax with some braided sleeve, and then I pushed it through the firewall near the clutch pedal and attached it to the stud on the mount. 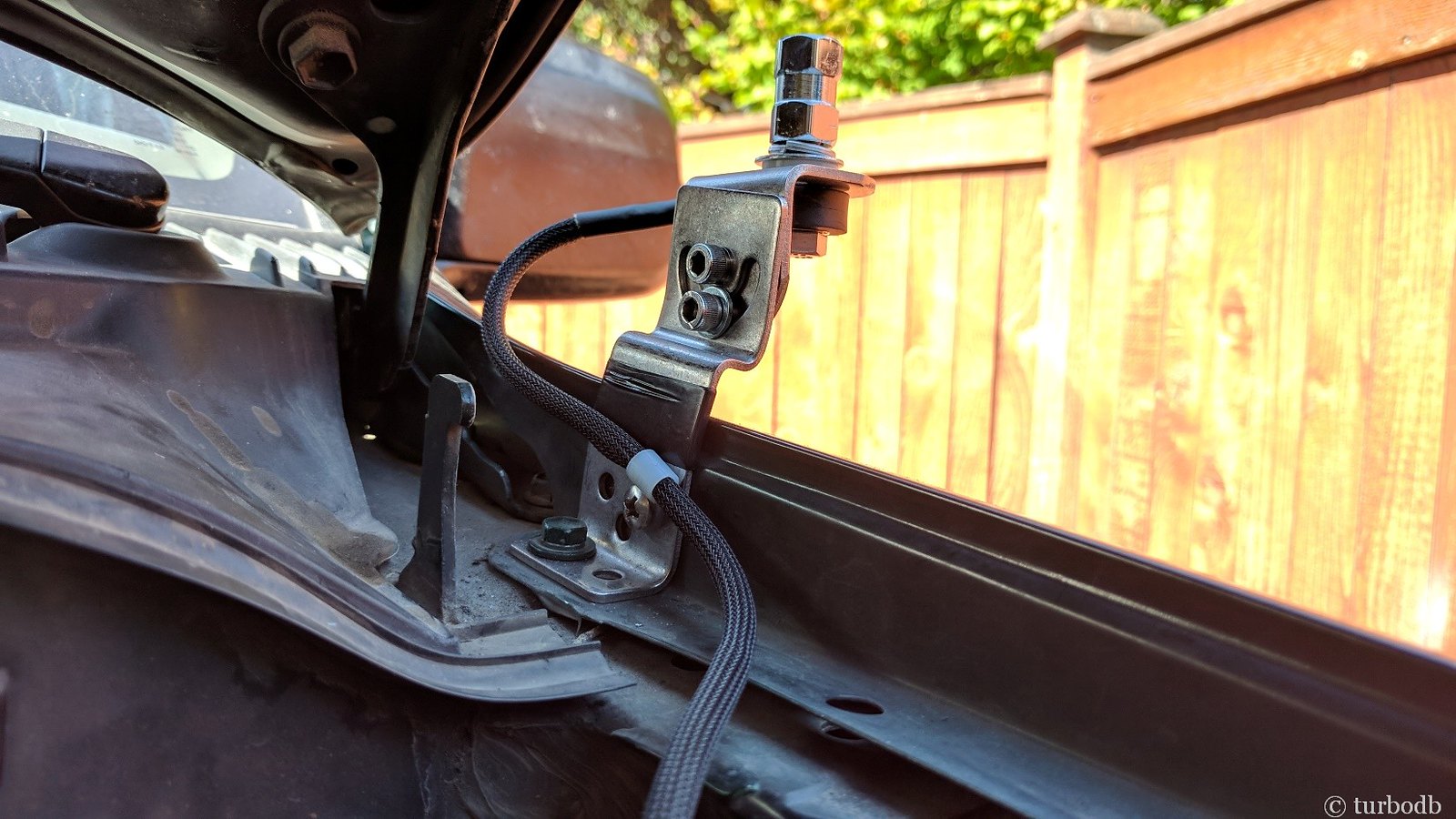 Then, it was time to get started on the interior. The first step of course was to remove the center console. I've done this so many times now that I can do it in my sleep. And, I've learned that there's no reason; I repeat: no reason at all; to ever attach the climate control face panel completely - just let the knobs hold it on - because it's a pain to pry it out (and it cost $30 to replace it - ask me how I know!) 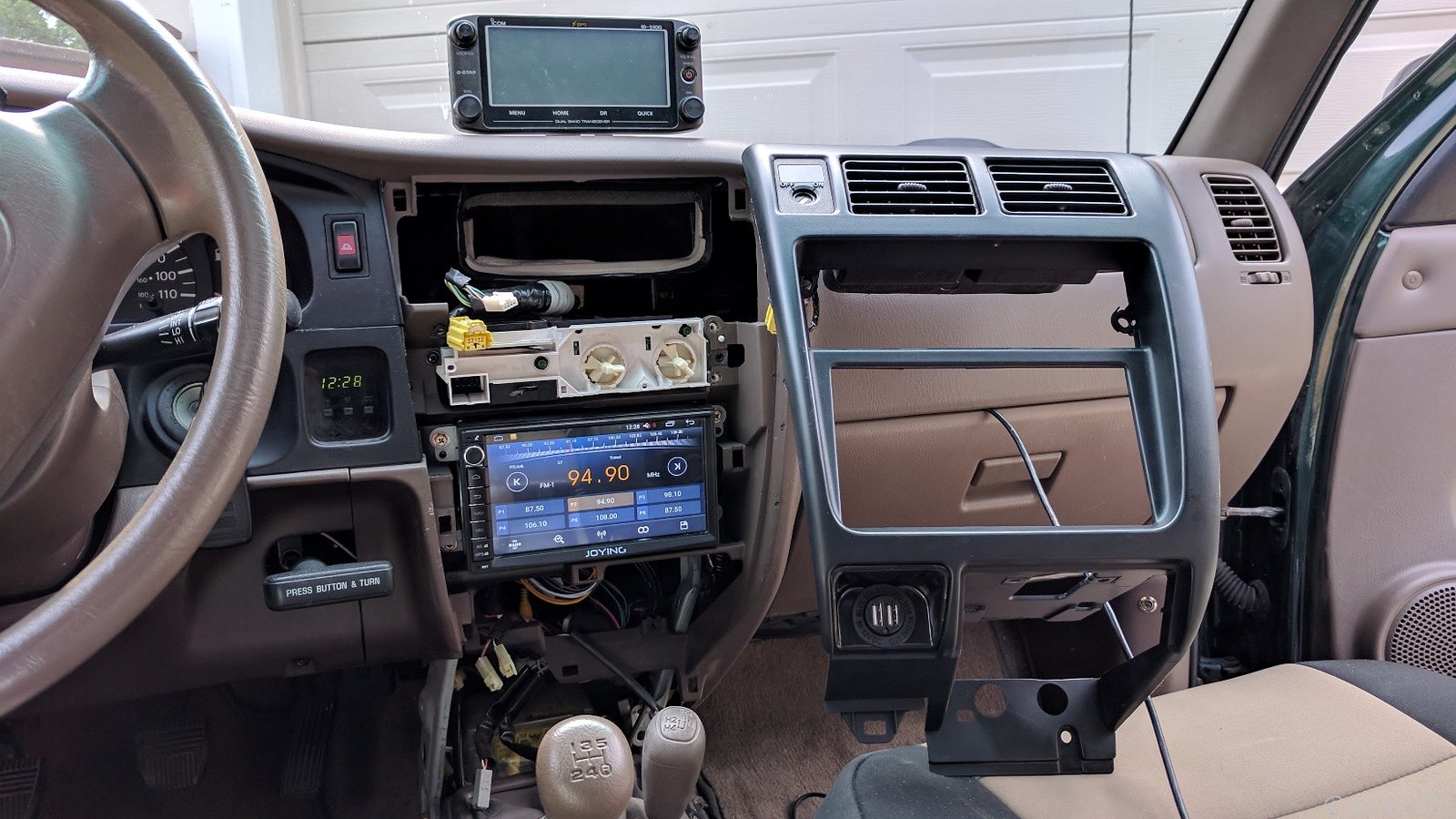 Center console out, the first thing to do was to remove the metal slide for the ash tray and cut out the plastic at the back of the tray opening. This is something best done by pushing the radio into the opening and just looking at what needs to be cut out, and is only necessary if you want to push it in the additional 1.5" or so that this will allow.

Then, I took the time to route the coax from the firewall by the clutch pedal over to the console area, burying the extra (appropriately "wrapped," but not in a circle) behind the passenger airbag with the end coming out just under the stereo head unit.

And then it was time for power. This is where the Bussman relay/fuse box I installed earlier this year really shines - I ran a couple more wires to it, plugged them in, and I was good to go. So much easier than trying to finagle everything directly off of the battery. Oh, and I was able to get rid of the inline 2A fuse on the CB radio that would have been buried behind the dash - another plus!

Power got routed through the firewall on the passenger side, and over to the center console, where it was a simple matter of plugging things together and then buttoning everything back up! 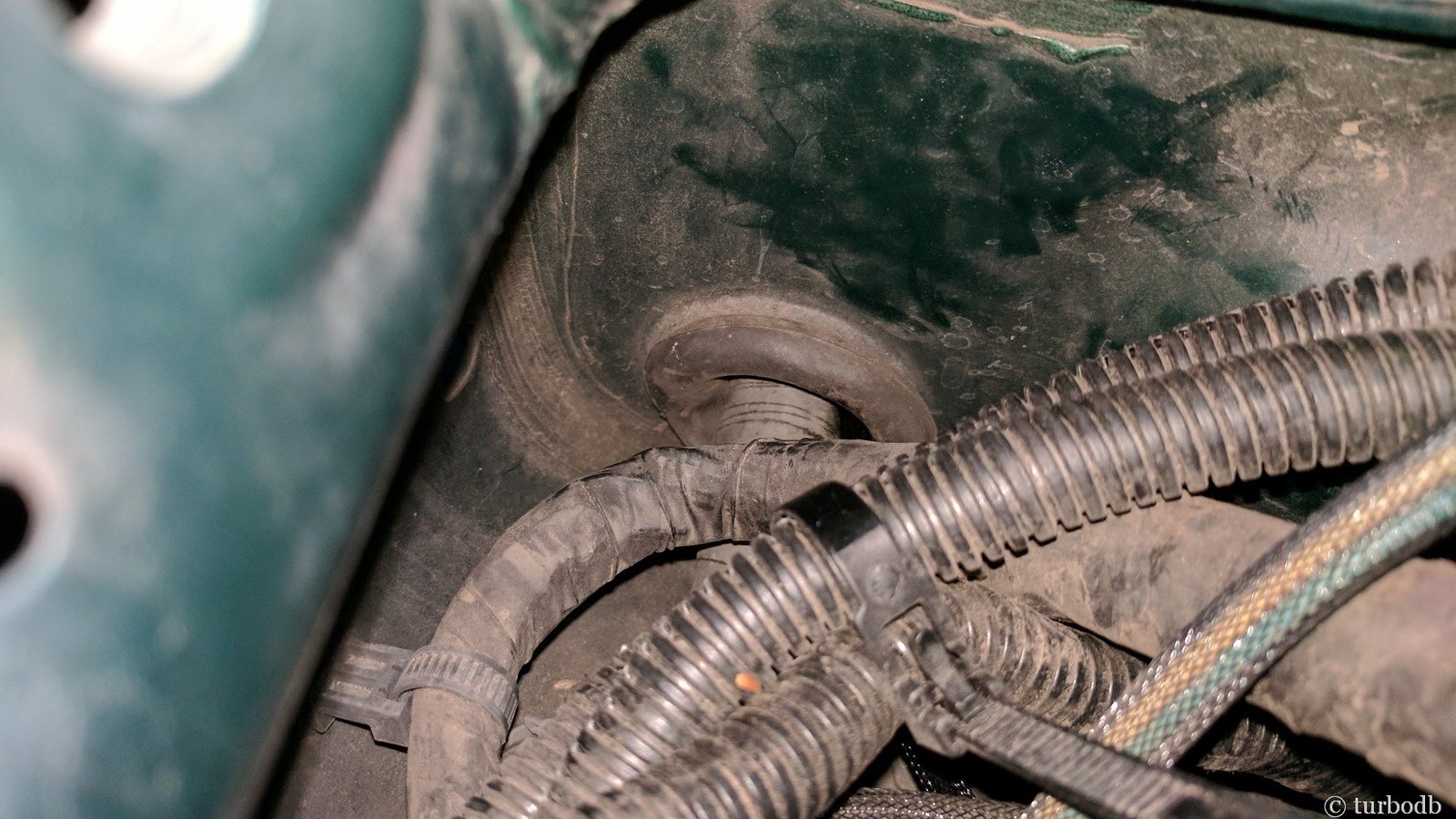 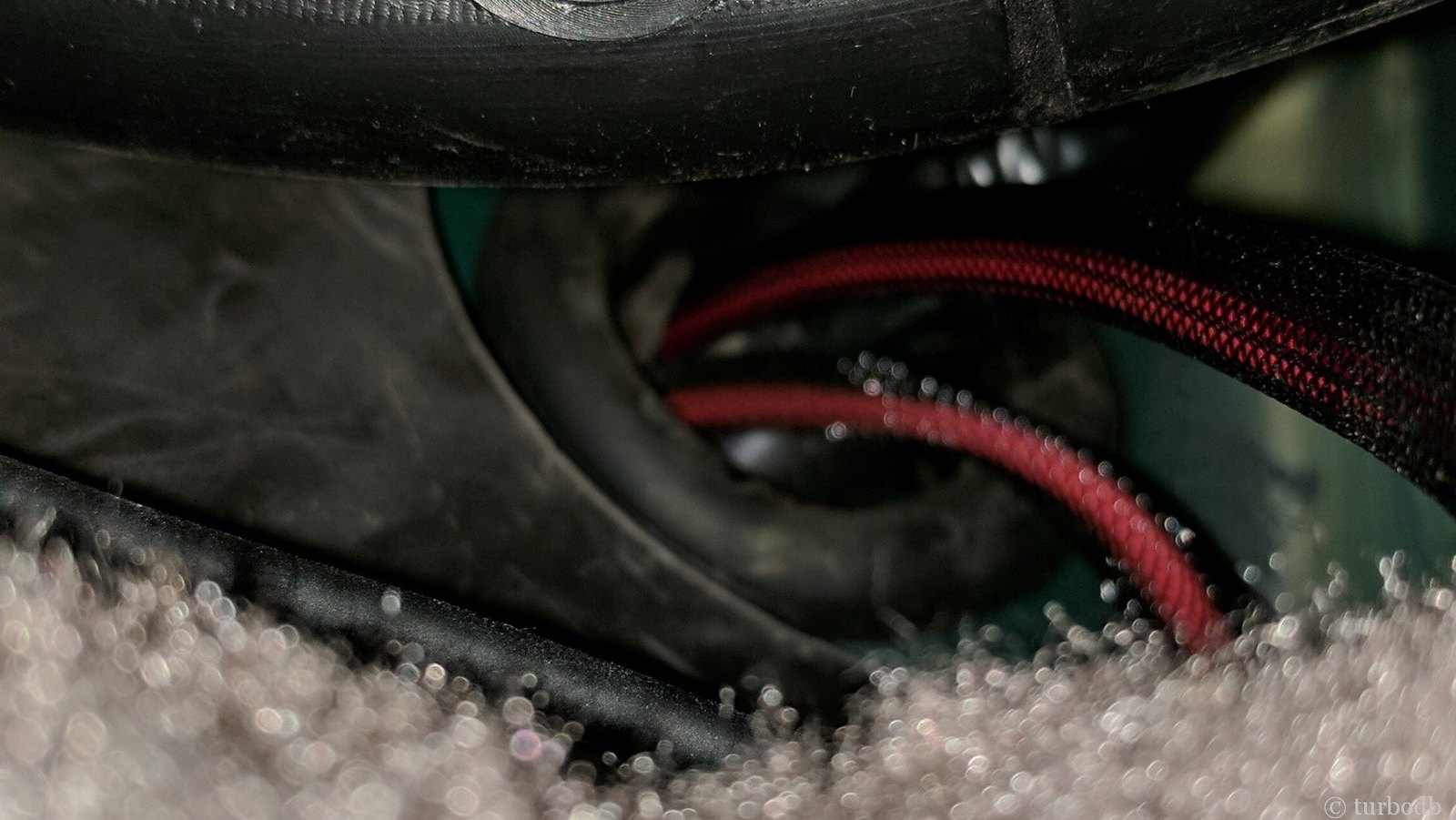 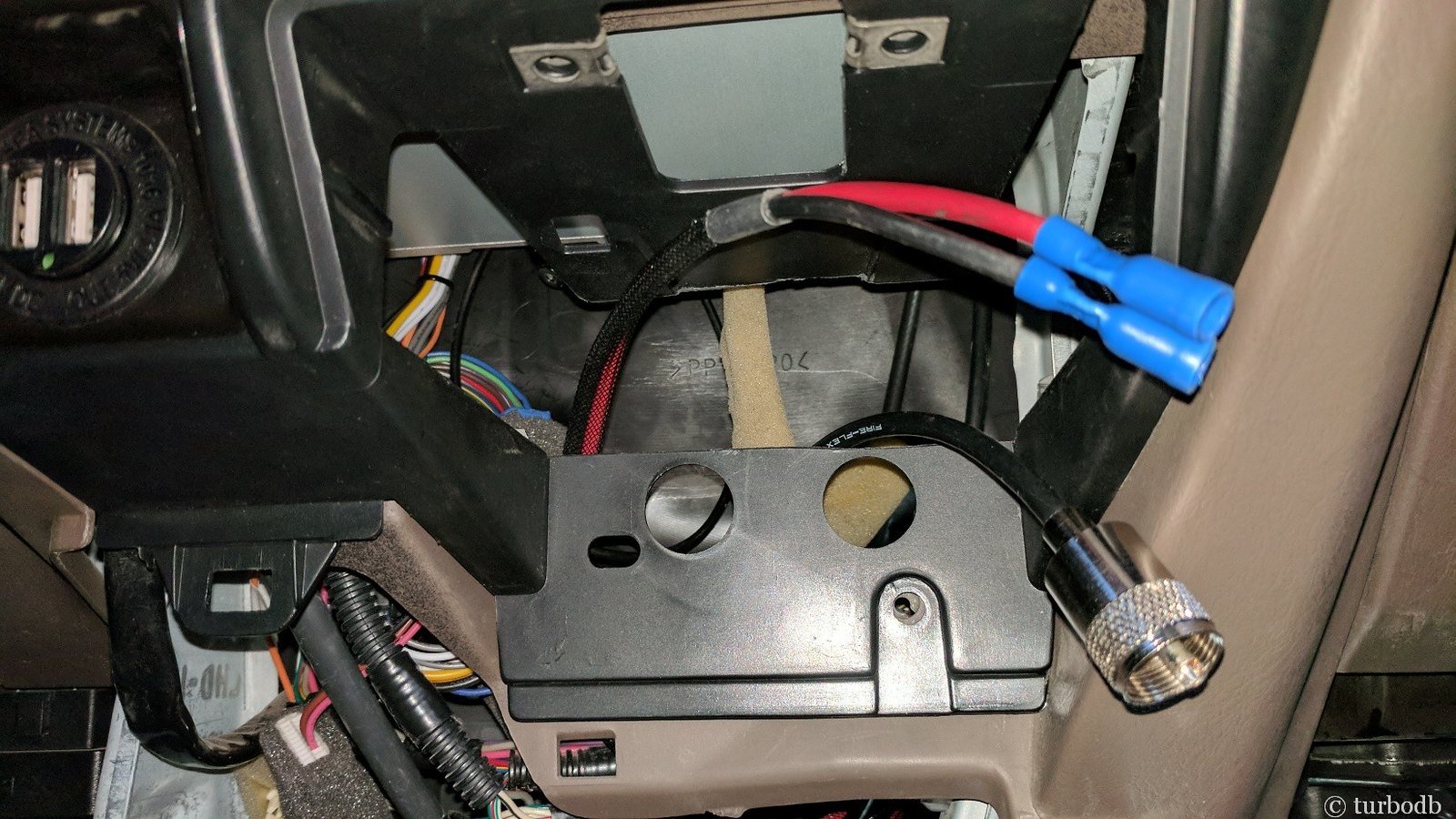 Buttoning back up is relatively straight forward. The only caveat is that the AC housing is just a bit too close to the back of the ashtray, and so a heat gun can be used to soften the plastic and deform it about 1" back - so the radio can slide in just a bit further (cosmetic only).

And now - I'm ready with the comms; however they come! 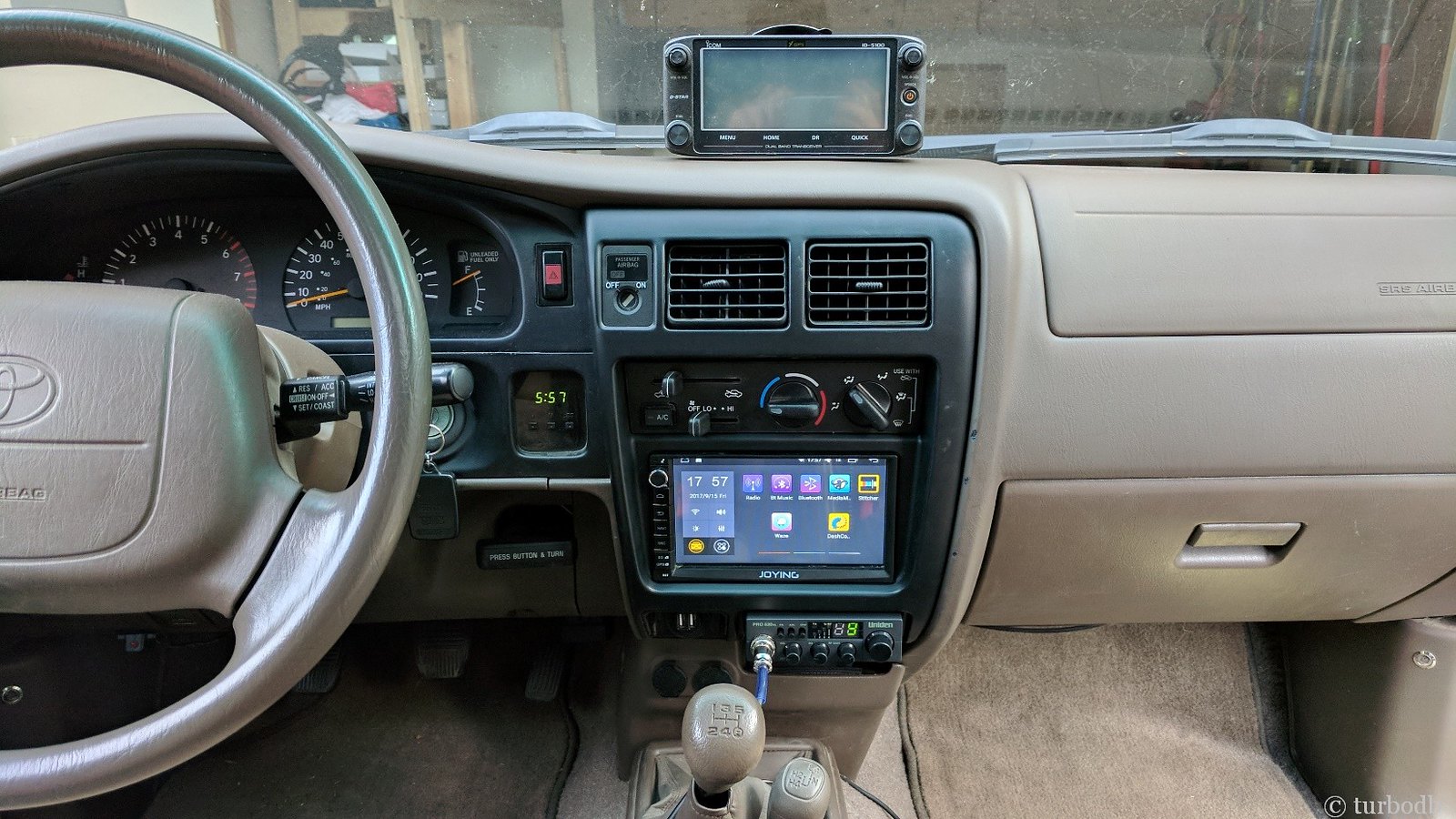