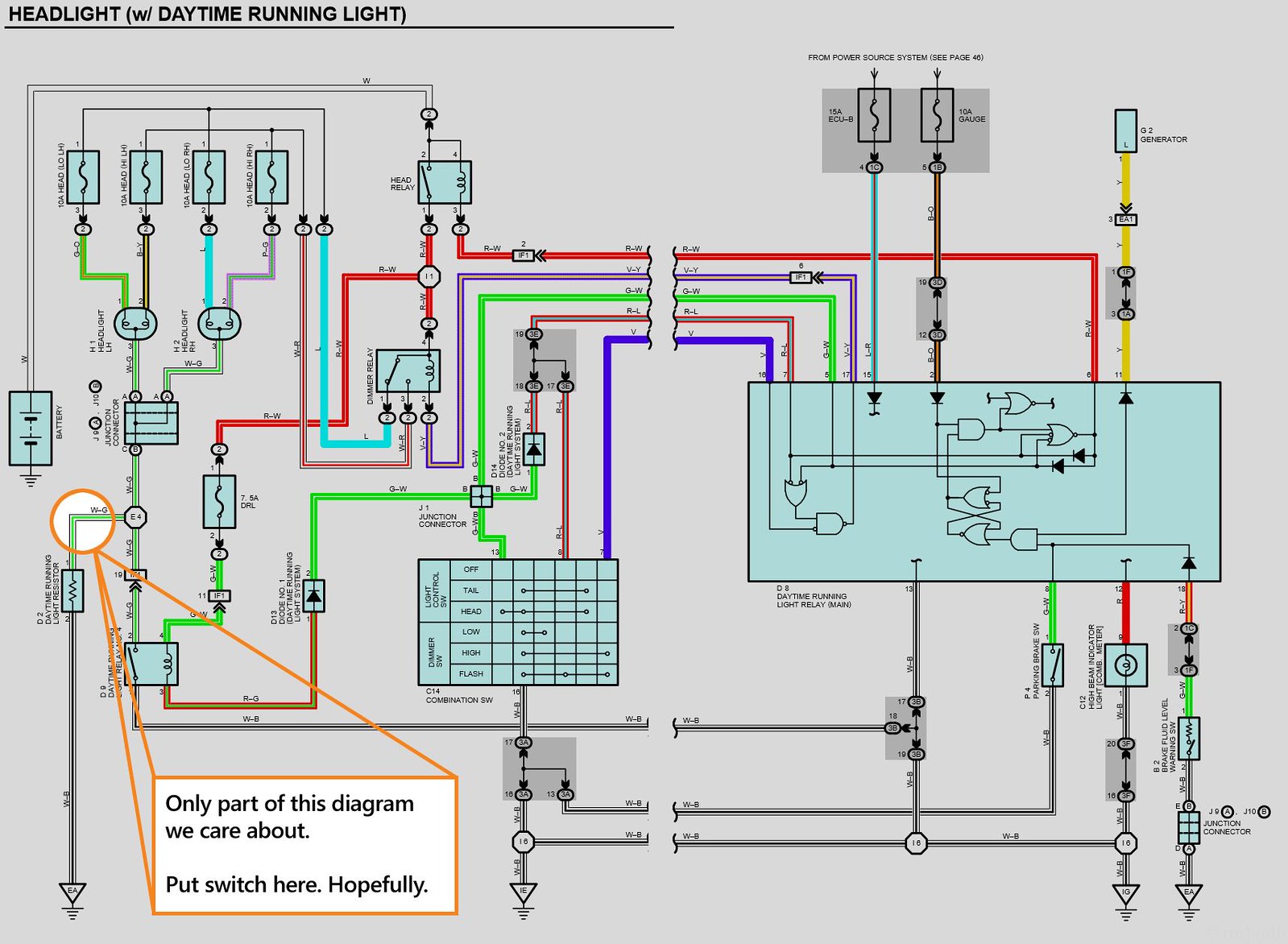 While the ABS brakes may have been a lucky break (in certain on-road situations), one thing I wasn't going to put up with were the daytime running lights (DRL) that I couldn't turn off. Three things bugged me: First, what if I wanted to drive around a campground with just my parking lights on, so as to not disturb other campers. Second, they used the same bulbs as my headlights, and I didn't want to have to pony up $3 too often. And lastly, just imagine what they'd do to my gas mileage. I mean sure, it wouldn't be measurable, but I was convinced it would cost me a fortune.

So, one day I decided to add a switch to disable them. Should be easy, right? We're just adding a switch to an un-switched light.

Well, Toyota decided to make the headlight/DRL circuit super complex. The details of the diagram aren't super important, but I decided that the best way to disable the lights was to try and break the circuit in the driver side wheel well, where the DRL resistor was located - hopefully not screwing up the rest of the headlight situation!

Because, unlike can't-ever-turn-them-off-DRLs, headlights are important.

First, I had to take off the steering wheel. That was the second scariest thing I've ever done since I was worried about the air bag exploding in my face, and because I had to pull so hard to get the wheel off of the shaft. 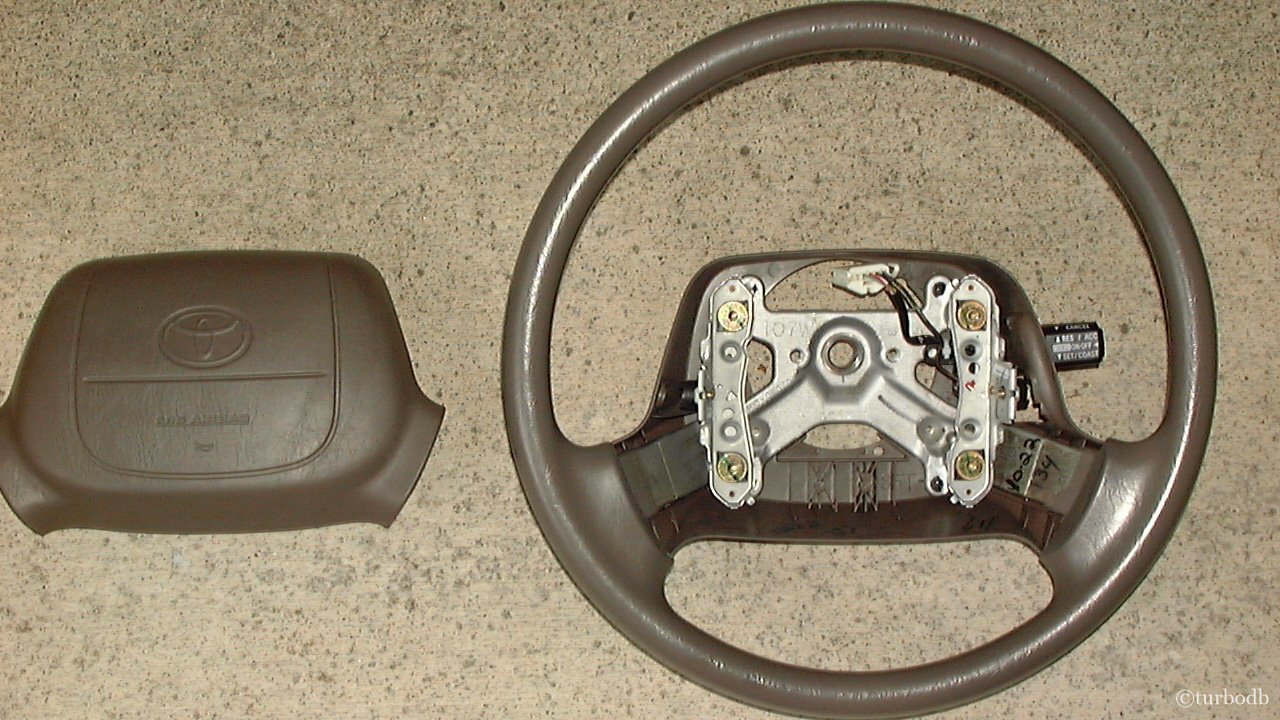 Next, it turned out that to remove the driver side dash cover, I had to take off the center console cover. And for some reason I took out way more of that than I needed (including the shifter cover?!?) until just about the entire interior of my truck was dismantled. 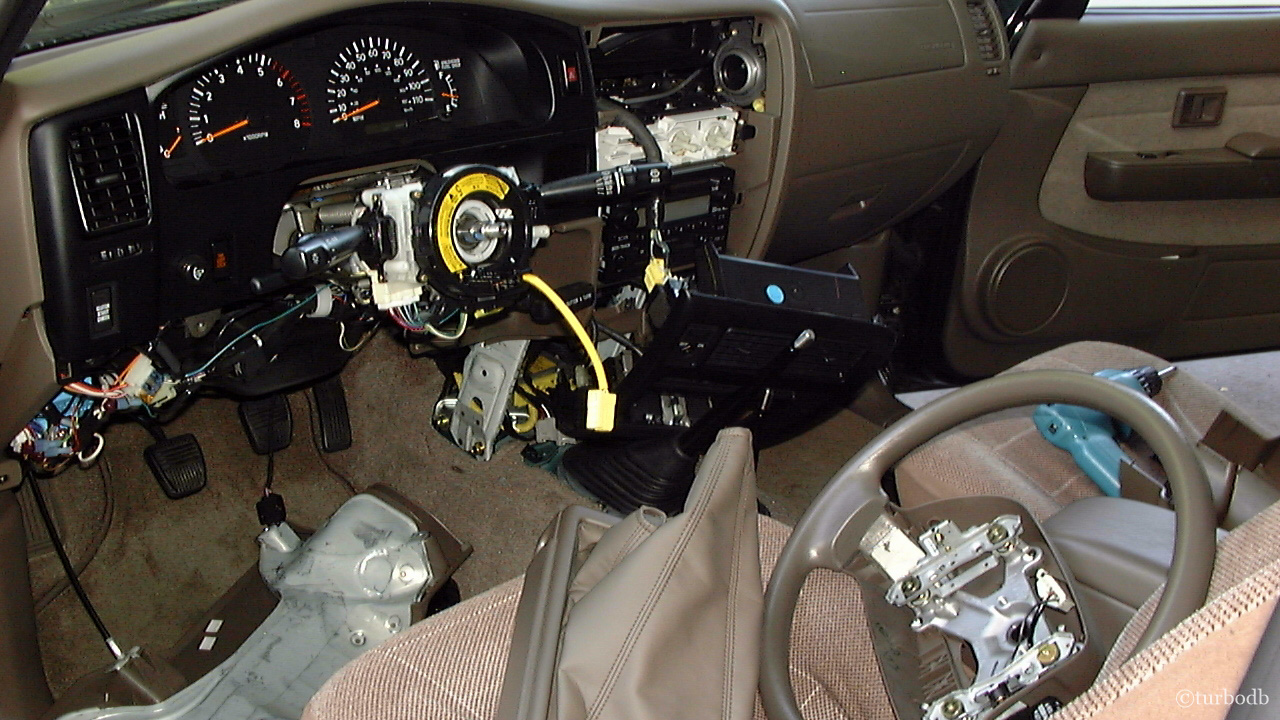 Finally, out came the piece I needed to make a 1 inch by ½ inch hole in for a new switch, which I carefully cut with a drill, utility knife, and file. 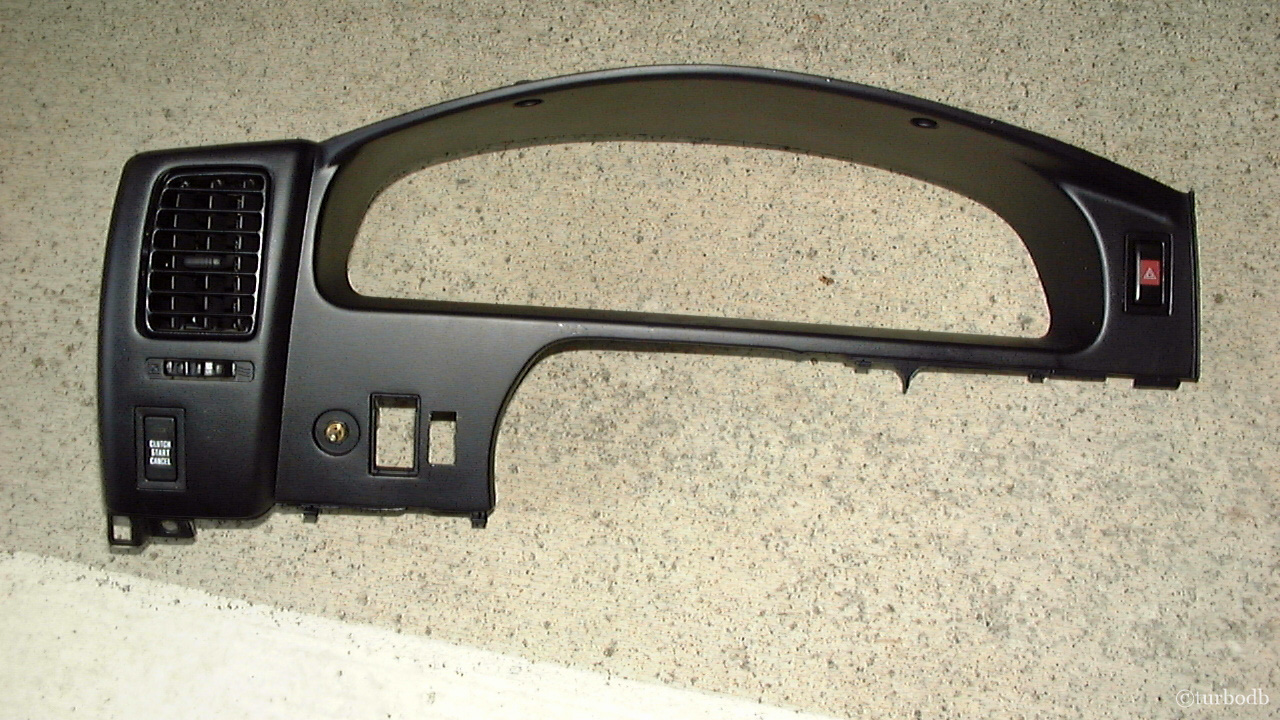 And then, it was back together with everything, with the addition of a small switch and some wiring that ran through the firewall and into the engine compartment, allowing me to break the circuit on the running lights. Now, I could save that $3 in gas over the life of the truck. Whew.

But I learned my lesson. No more mods for a while. 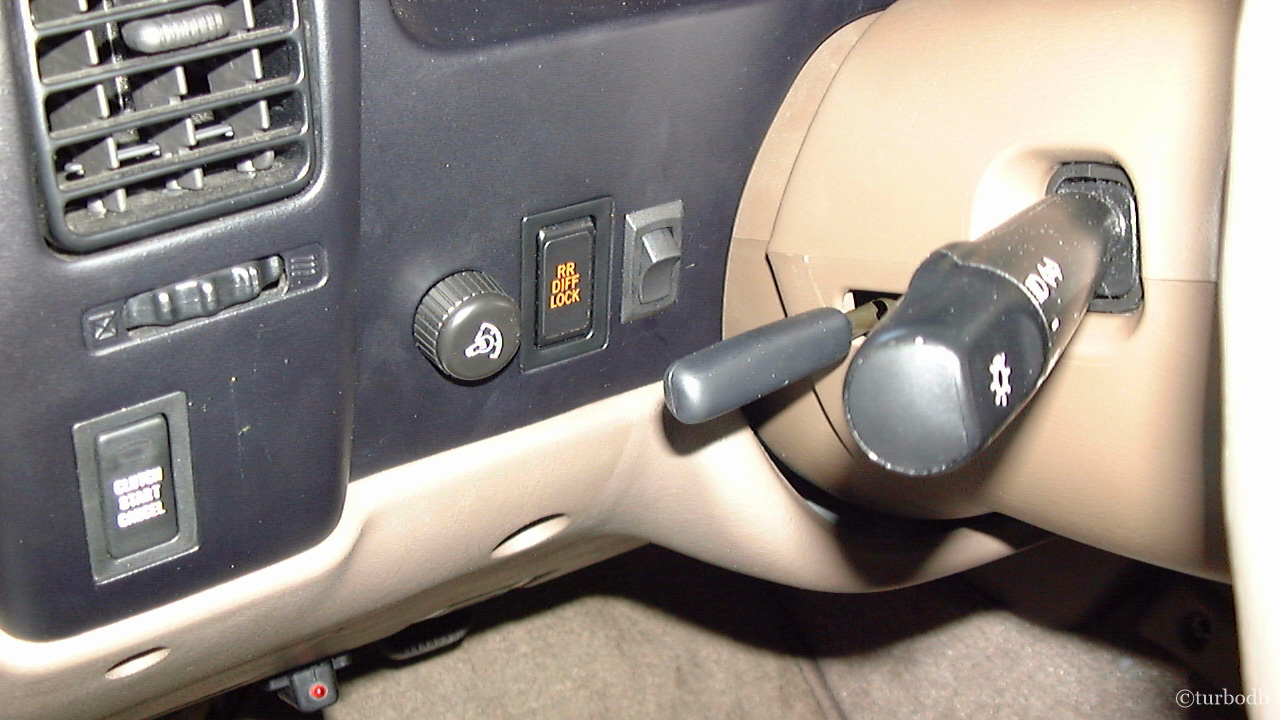 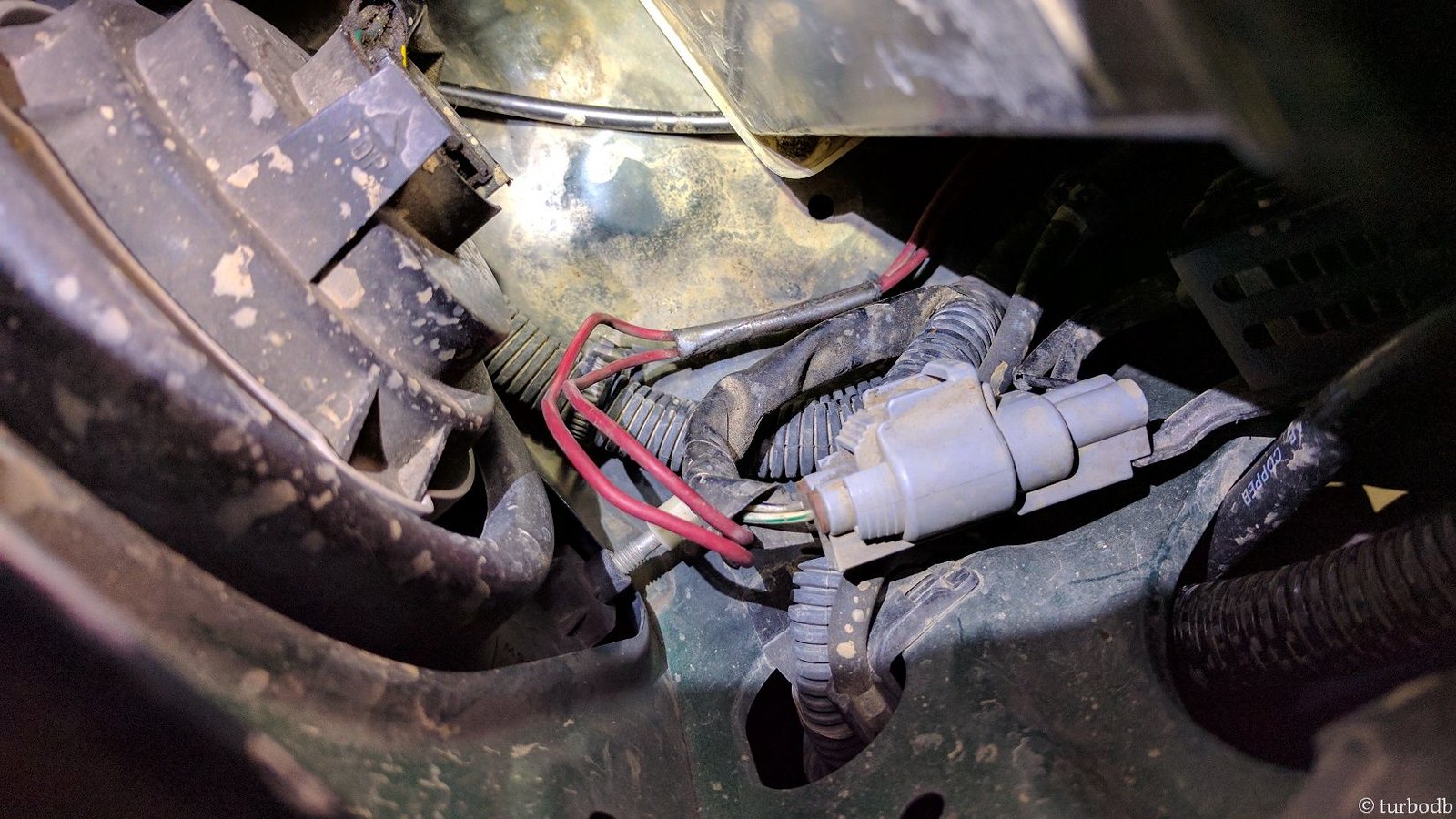 [Update 2016: Oh, and I installed the steering wheel slightly askew on the shaft (turned slightly left from its original position), so for the next 14 years, until I finally fixed it, it bugged me and made the truck harder to drive.]

Update December 2020: I found out that I did this mod wrong, all those years ago. By breaking the ground, I disabled the DRLs but what I didn't account for was the lower voltage (lower, because the DRLs use a lower voltage to put out less light using the hi-beam filament) that still existed on the positive side of the DRL circuit. That lower voltage isn't an issue most of the time, but because it travels over the wire for the hi-beams, it becomes a problem if the hi-beam circuit is used to trigger a relay.

That's exactly the situation I found myself in when I wired my Hellas to come on with my hi-beams, and so - 19 years after making this mod - I finally fixed it. Read how in *Fixing* My First Mod - Really Disabling the Daytime Running Lights.