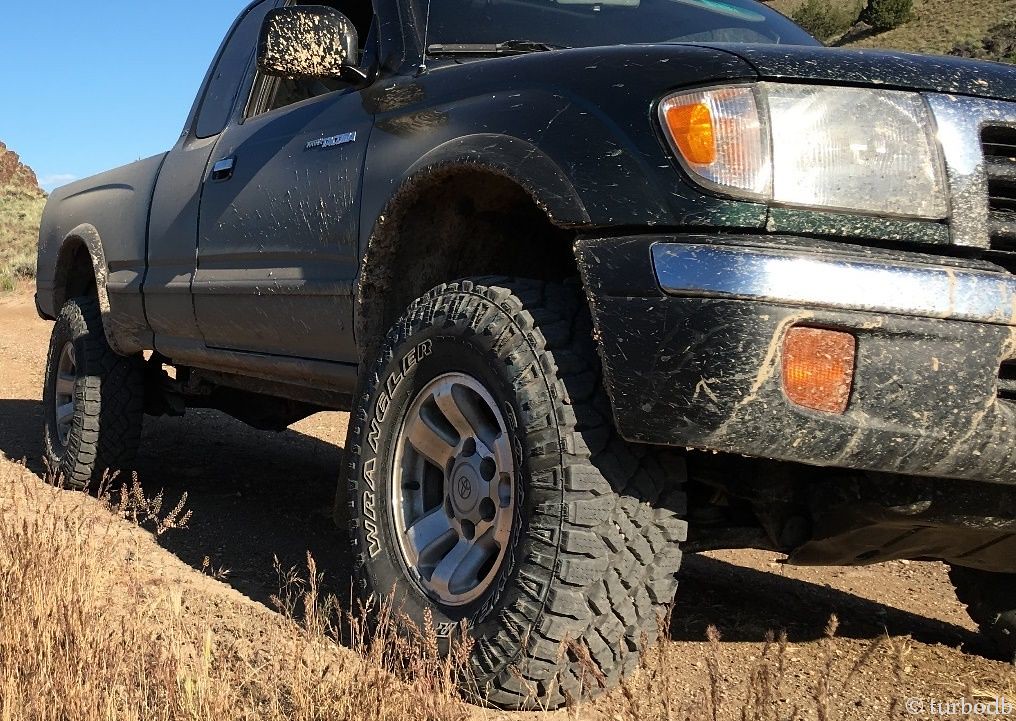 New tires all around

After driving the same truck for 15 years on the same set of (original) tires, you get to know how it feels, how it sounds, and frankly - how it smells.

But it didn't sound or feel normal when we were on our way home from work, that hot August afternoon.

Thump thump thump and shake shake shake. I'm sure to other drivers, my front left wheel looked crazy-out-of-balance as we made our way (slowly) over the bridge. As soon as we got home, @mini.turbodb decided that we needed to see what all that thumping was about, so we took off the wheel (so exciting) and had a look.

Looked totally normal, and still had a good ¼" or more of tread wear left - just getting broken in!

But of course what had happened was tread separation somewhere in the tire, so it was on with the spare for a few days, while I suffered through finding new tires for the truck.

Not that I'd been talking about getting new tires for about 6 months anyway. 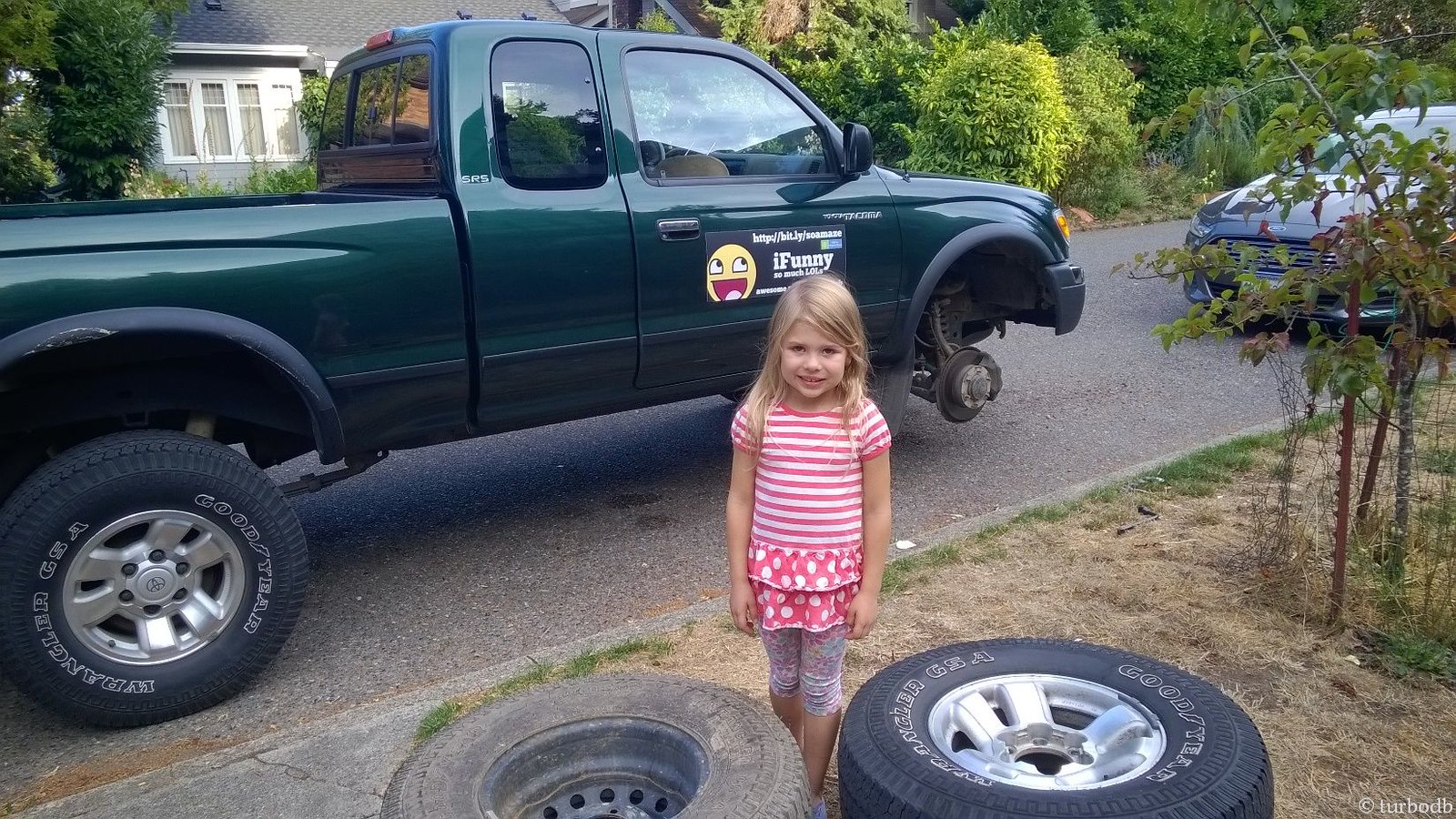 A few days (and as always way too many hours of research) later, I'd decided. I'd go for Goodyear Wrangler's again, but this time they'd be Duratrac's - the beefier - "more grrr" - versions of what I'd run for the last 15 years.

Oh, and after a "totally coincidental" conversation with Pops about how things were going up in Seattle, all the bird's he'd seen down in the bay, and various other chit chat, it was decided: the new tires were on Dad. Score for me!

The problem with that, I've come to realize now, is that Dad now asks how "his tires" are doing whenever we talk. Checkmate Dad.

At any rate, the new tires were installed on all four, and I kept my original spare, since it was the same size (31x10.5 R15) and basically new. And they were installed as we were on our way out of town to go camping for the weekend - perfect!

Are they good? Yep.

Are they "grrr"? Definitely.