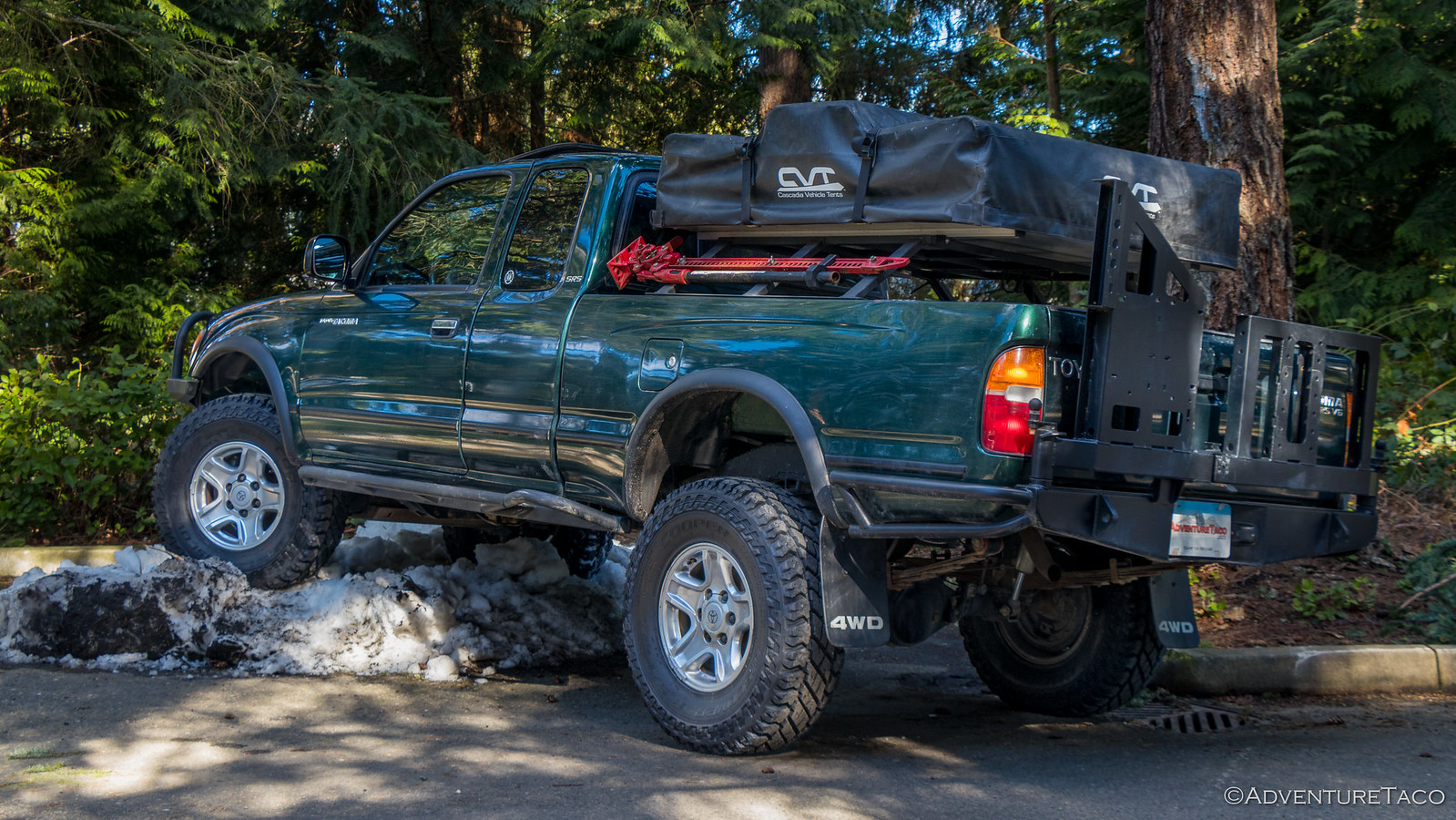 Mitigating the Mud - 4Runner Wheels for the Tacoma

I love the look of the SCS Stealth6 wheels that I've been running for the last 14 months. The dark bronze and six spokes are fantastic. Even the lug nuts are significantly better than OEM. And, as much as I hate to admit it, I really do like stance added to the truck by the 3.5" backspacing - having the wheels and tires pushed out a bit wider makes the truck look ready for anything.

But, I can't stand the mud. That same backspacing that gives the truck a cool stance also pushes the tread of my 255/85R16 Cooper ST Maxx tires about an inch past the fender flares. And as I mentioned in a recent rig review - that get's mud everywhere.

So it was time to try and change that. I started by looking into different fender flares. Having a 2000 Tacoma, I knew that the flares for the 01-04 models were slightly wider - about ½-inch wider - and so those were the first place I looked. Unfortunately, they are super expensive and hard to come by second hand... and being only ½-inch wider, they still wouldn't get me fully covered. Then I looked into aftermarket options. Bushwacker is the most popular option here, and they have three different flare widths - including one that's an inch wider than stock. Alas, they too are pretty expensive, and frankly, I'm not a fan of the look that their wider flares give - the bolt heads providing more of that #instaflare than I generally go for. 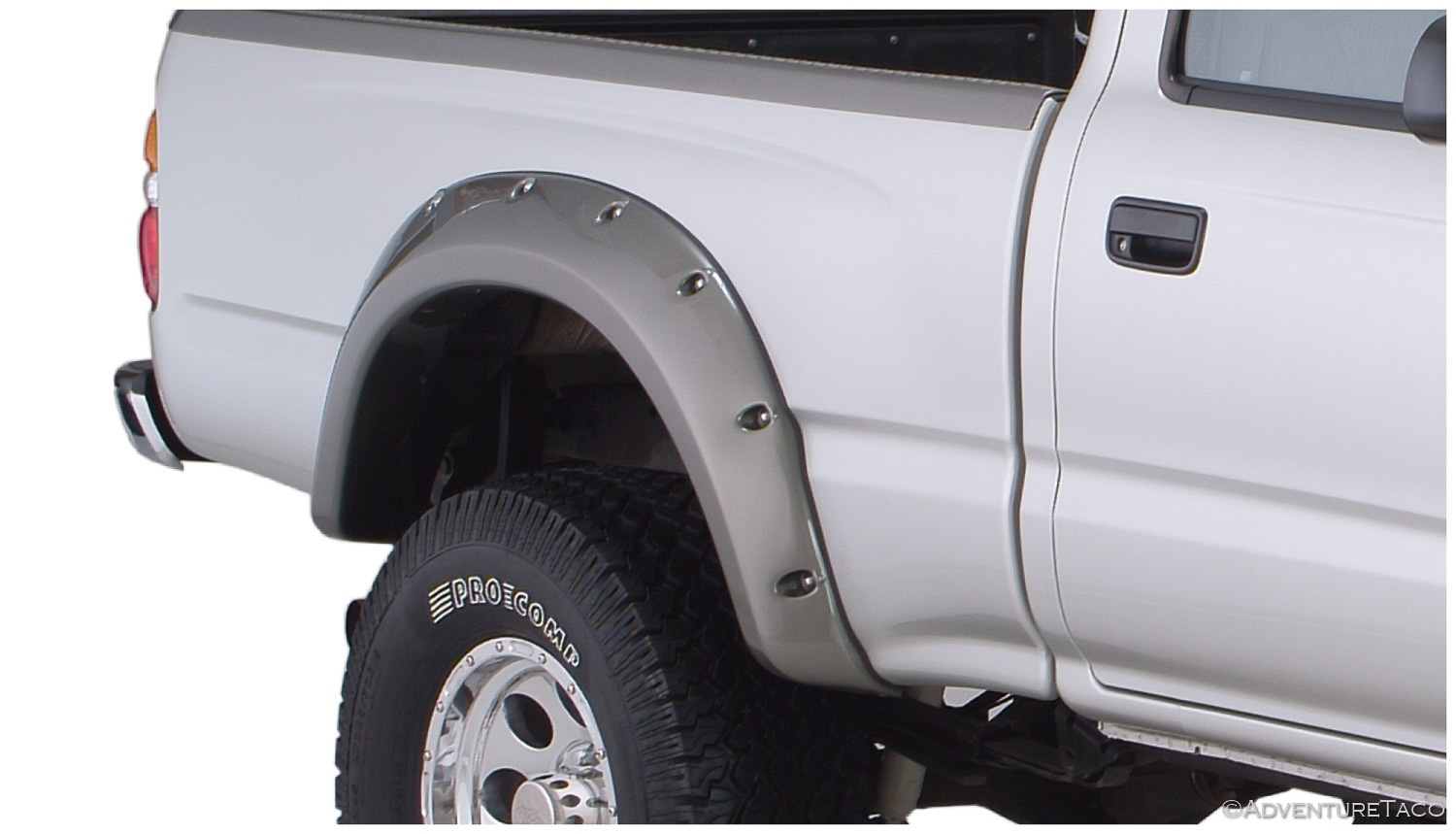 And so, I started looking at wheels. Knowing that I needed something with closer-to-stock backspacing, I started with Toyota wheels, and it wasn't long before I stumbled upon the 5-spoke, 16x7" wheel from the 99-01 4Runner Limited. I'd seen this wheel before, but I'd assumed it was a 15" wheel - like my OEM wheels - which would have been too small to fit around my upgraded Tundra brakes. So, I kept an eye out on my local Craigslist and it wasn't long before I found a set for an amazingly good price - likely someone getting rid of them to install some aftermarket option as I had with the Tacoma.

I picked them up and one more from eBay for a spare, and gave the truck a makeover. I call it, "what if I skipped leg day?" 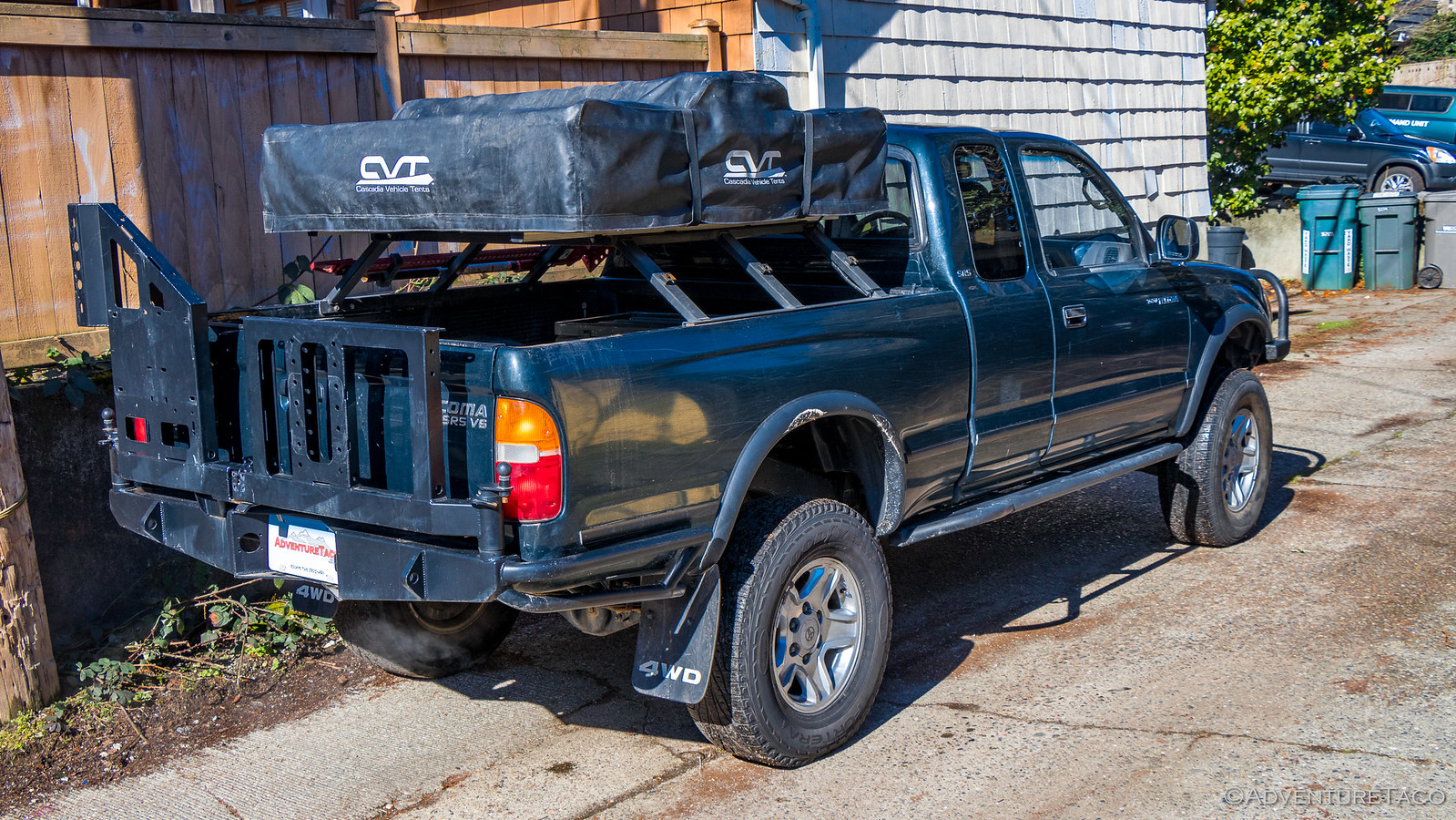 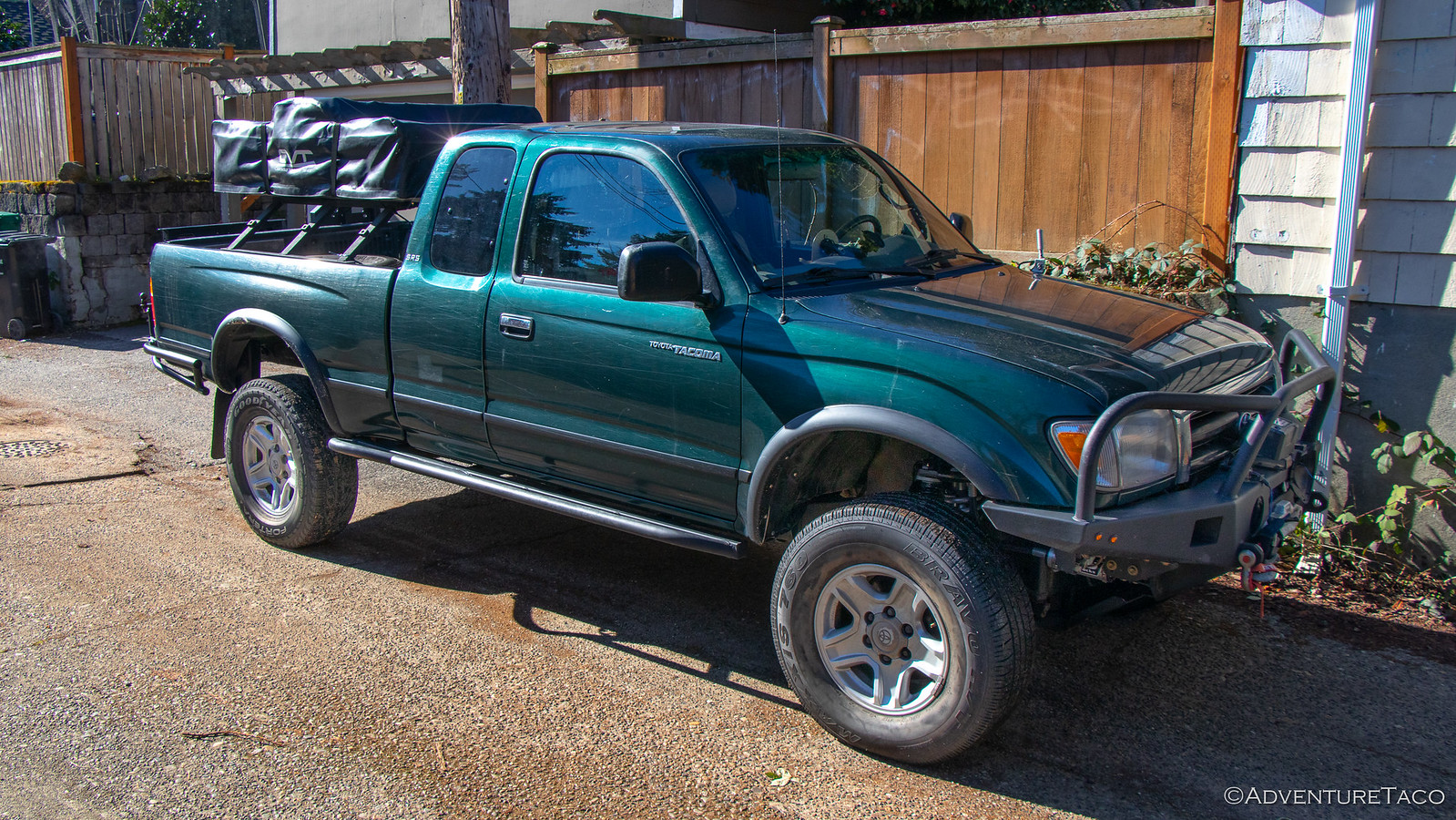 Boy, let me tell you one thing though - after dealing with 33", E-load tires for the last year, it was a genuine pleasure to install these 31", P-load on the truck. It was like I was Superman.

New wheels installed - and clear of the Tundra calipers - I headed down to Discount Tire to get my tires installed. The ST Maxxs have worked well for me over the last year, and seem like a great compromise for the combination of pavement and dirt that I run, so there was no need to change course there.  Not that there is much tire choice at the 255/85R16 size anyway.

Having showed up without an appointment since I was headed out the next day on an adventure, it took the better part of the day for Discount Tire to get around to installing the new shoes. But they did, the truck looked great, and I was happy.

All that was left was to give them a try. And that was going to happen very shortly - we were headed to Anza-Borrego!