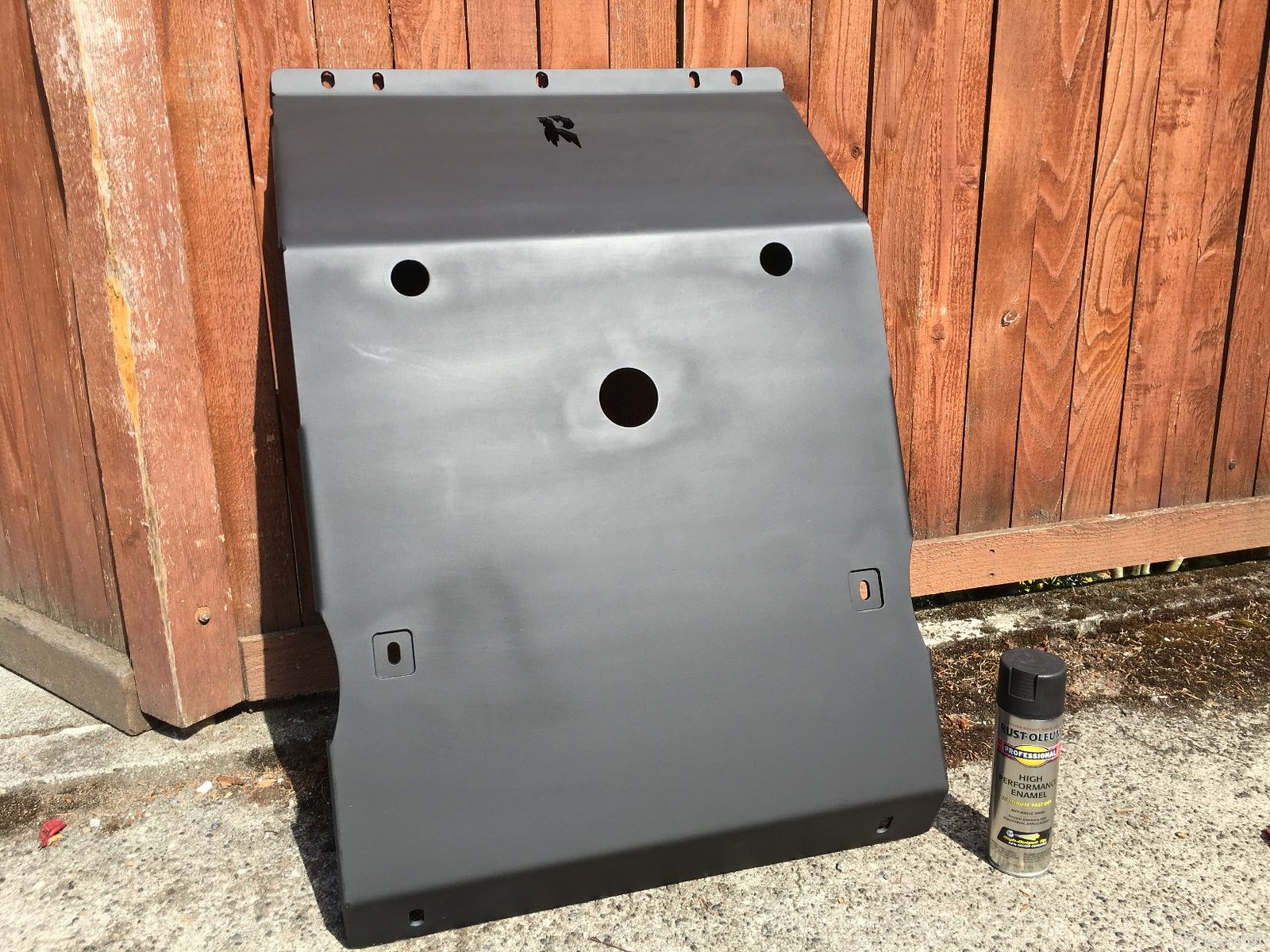 The last of the armor - belly protection

As an astute reader will recall, when the Relentless armor was installed, the skid plates were placed in the back of the truck. Actually, just one was placed in the back, since the second wasn't going to fit my truck - a California model with an extra catalytic converter.

Upon getting the first skid home, I painted it immediately with a couple coats of Rustoleum professional enamel primer, and a few coats of flat black. Looked reasonably good. "I like the R," said @mini.turbodb.

Then, I waited. I mean, I should put both skids on at once, I thought. But of course, I got impatient. And I wanted to go off-roading. So it was time to install. I had all the hardware from the Relentless crew, so using the jack stand, I plonked it on. No mess, no fuss. Easiest installation ever.

I wonder if the mid-skid will be just as easy? 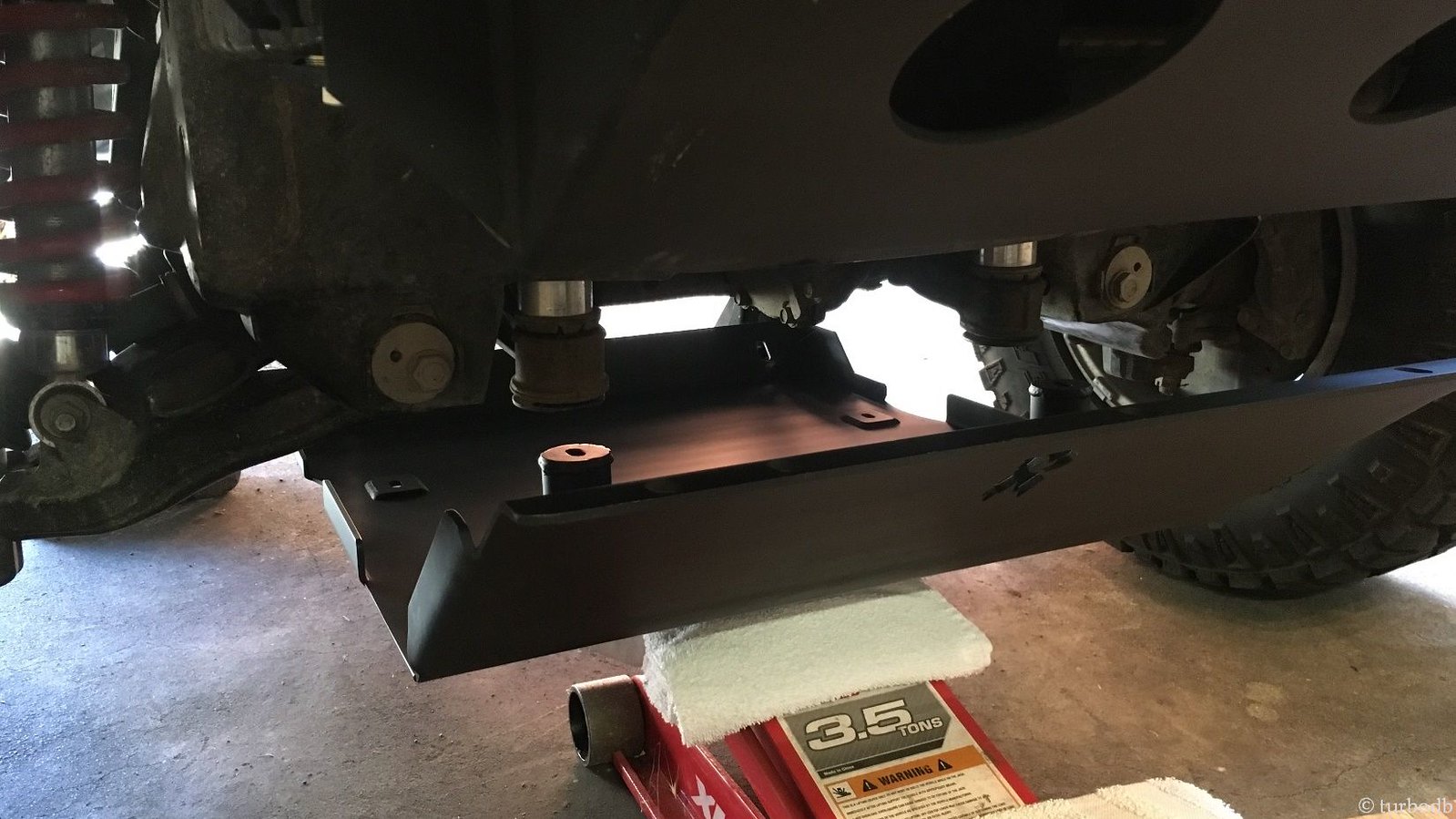 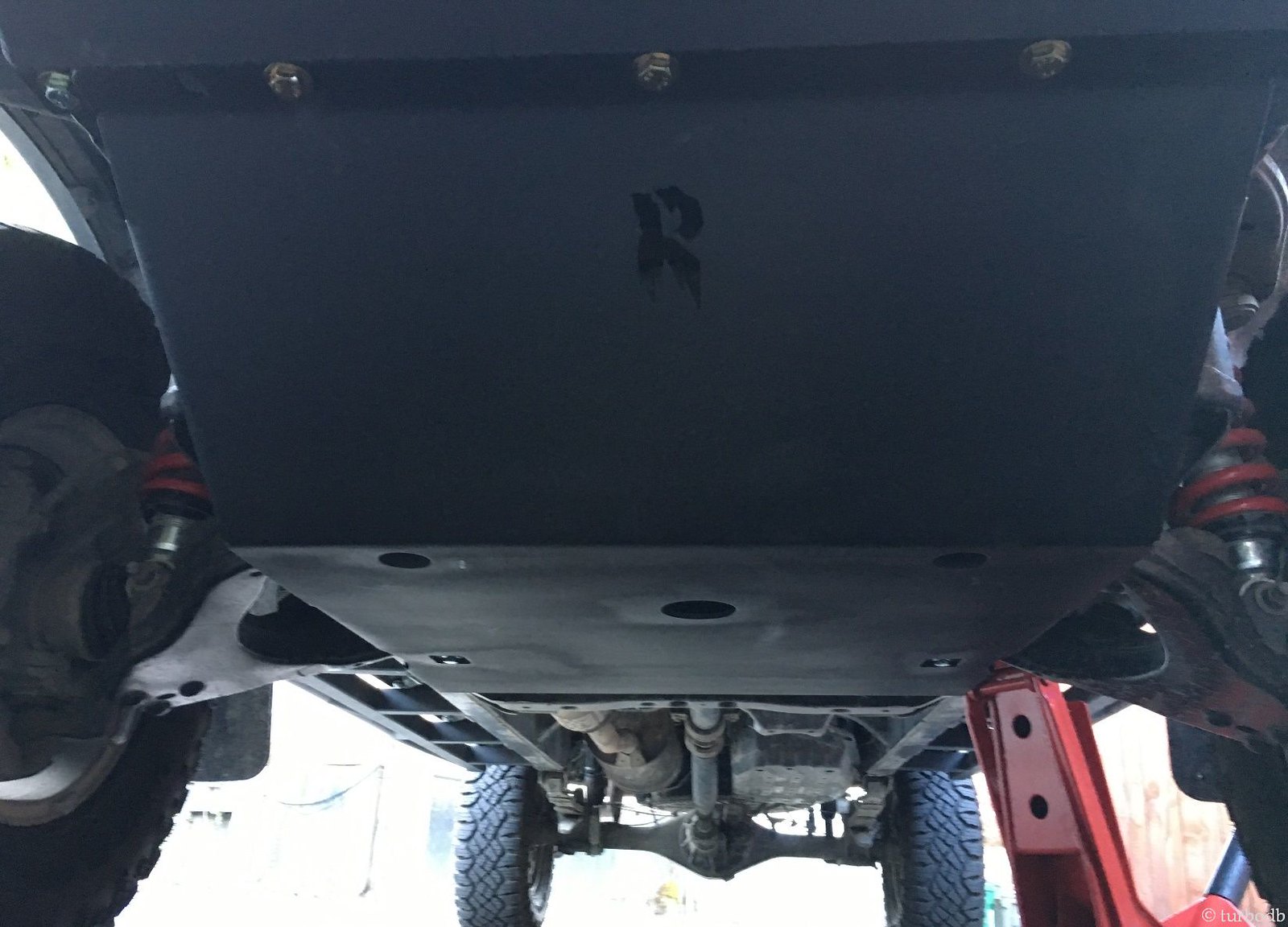