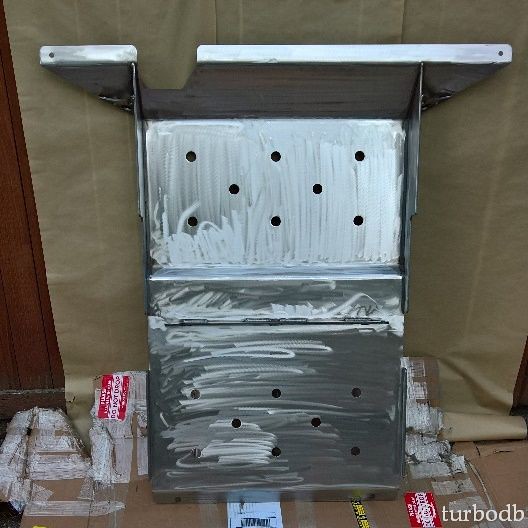 The day before we left for Crater Lake, the mid-skid had arrived - but I didn't have time to paint and install it before we took off. Not a big deal, since the IFS skid covers just as much as both stock plates. But of course, I wanted to get the mid-skid on just as soon as possible, so upon our return I figured some after-work cleanup and painting was in order.

As expected, the unpainted skid had a bit of surface rust and dirt on it, so my first task after unboxing was to give both sides a bit of a grind. I'm no fabricator, but with my grinder, a pad, and half an hour, I got the skid plate functionally cleaned up. Functionally, but not pretty. 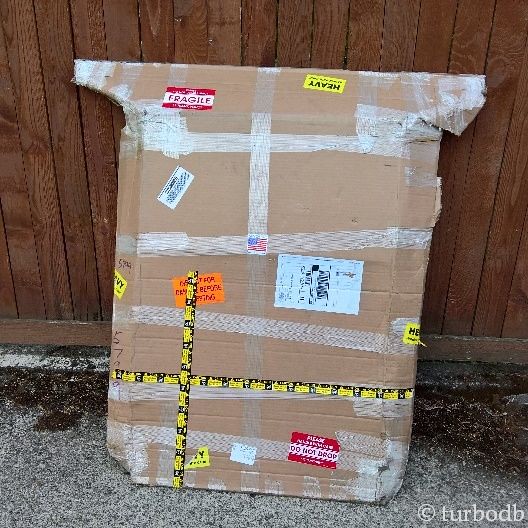 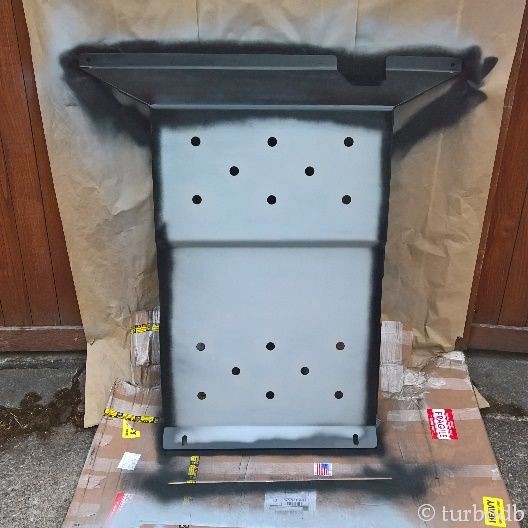 Paint was easy - just like the IFS skid, a couple coats of Rustoleum primer and a couple of flat black left the skid looking great, and left me happy - now I just needed a few minutes to get it installed. So I waited for a weekend morning.

Sunday rolled around and I headed out to plonk the skid on. My thinking was: I'll do this just like the front skid - put it on the floor jack; maneuver it into position; bolt it on; carry on with the rest of my day (part of which was a 3pm appointment to get the truck aligned after a summer of dirt roads).

I made the 3pm appointment, but without a skid.

(Slow down bucko, we're getting ahead of ourselves.)

Getting the skid onto the floor jack and jacked up into place was going well until I realized that the second catalytic converter wasn't done giving me trouble (you may recall that Relentless had to extend the skid, which is why I didn't take it home the same day as the IFS skid).

Anyway, on my truck the cat was positioned an inch or two closer to the passenger side of the car than Relentless had planned for. I don't know if this is common to all California model Tacoma's or if there's something special with mine, but it resulted in the skid hitting the cat - enough that there was no way it was going to fit. 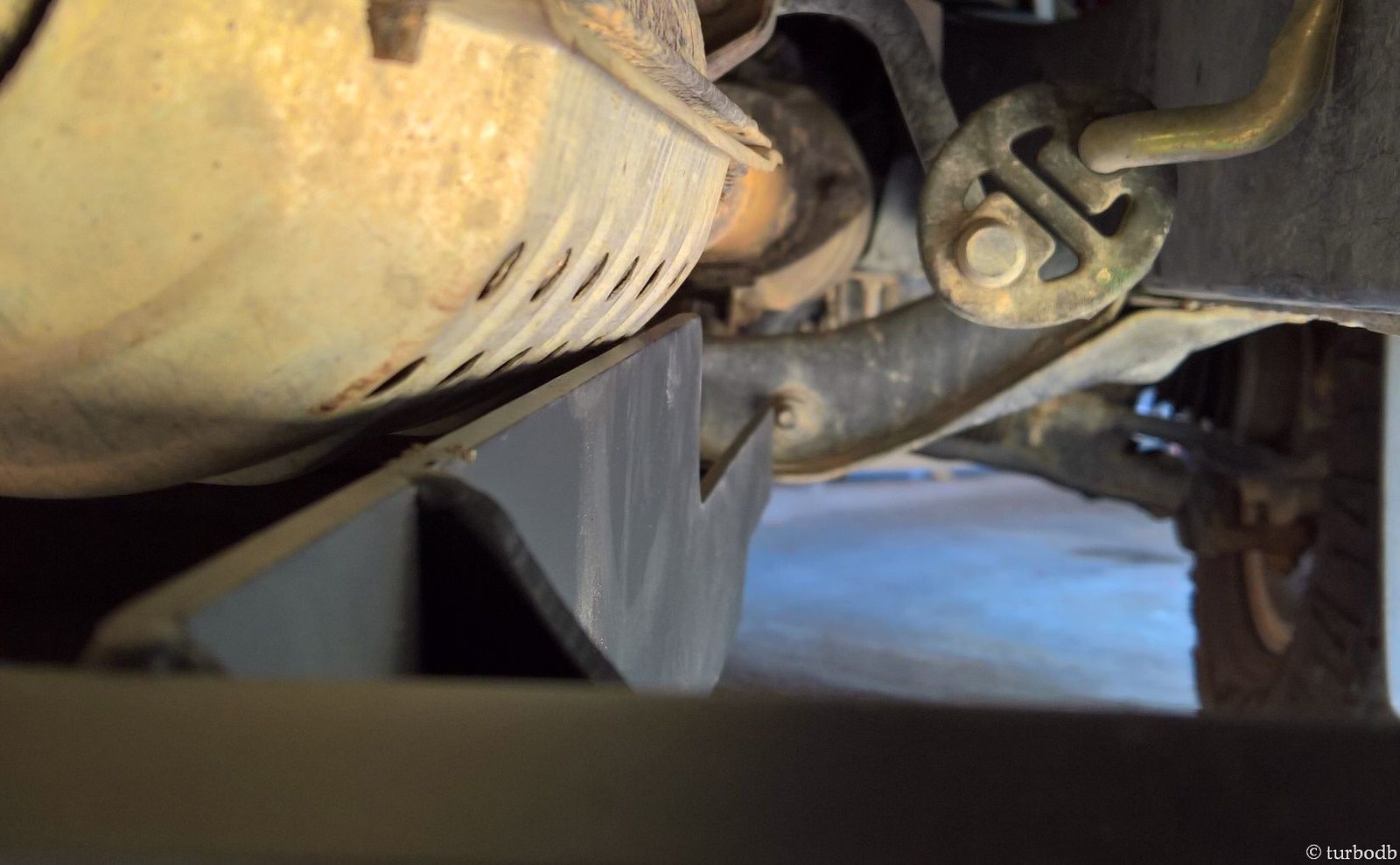 So a bit of measuring and down came the skid.

The plan: cut off a bit (about 1") of the skid along the step up, so it'll clear the catalytic converter.

The problem: I don't do a lot of metalwork, so the cutting disk I had was mostly used up, and this is some thick steel plate. This did end up being a real problem, so while I was getting the truck aligned at Sears Auto, I also made a pit stop to pick up a few more cutting disks, and a couple other supplies I knew I'd need in the near future.

Back from the alignment, I set to work marking the skid (thank goodness for sidewalk chalk), trimming the offending bits (it turned out that I also had to trim a couple other tabs to clear the middle cross member), rounding over all the fresh cuts, and repainting the now bare spots to prevent rust.

All that taken care of, and a mere six hours after I'd started (albeit with a break for that alignment), I got the skid raised up on the floor jack and bolted into place on the bottom of the truck. 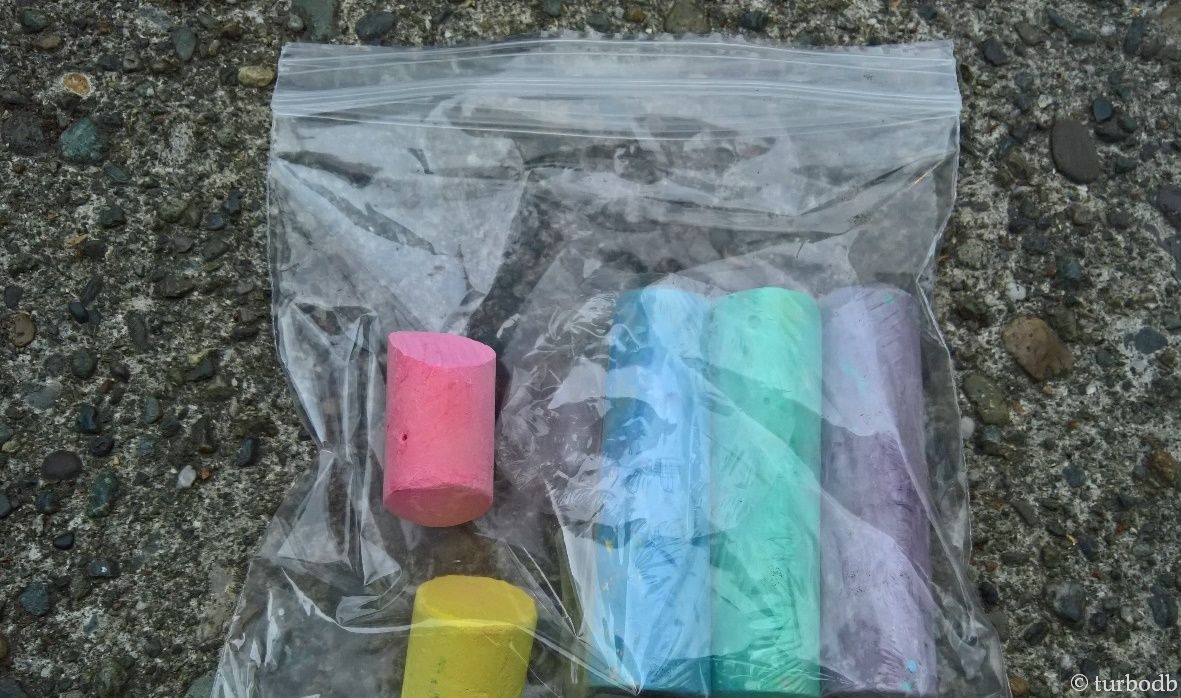 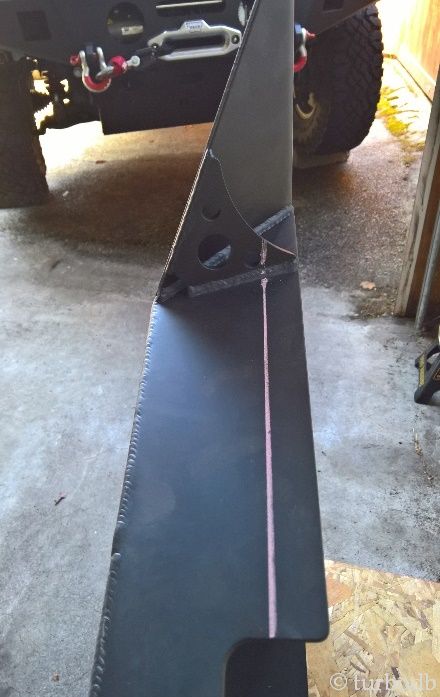 Pay attention man. There are sparks hitting your truck.

Modification complete. This belly armor is sure to improve gas mileage. Or something. Right?