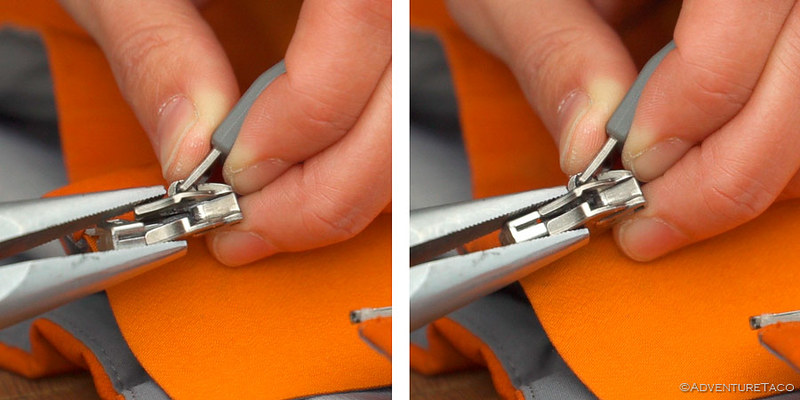 Over the course of the winter, the truck has performed well. Four (!) trips down to the desert to stay warm have put a bunch of miles on the odometer and resulted in only a few little tweaks to the set up. But any tweak is worth understanding, so let's check them out. This rig review covers:

My Headlights are Too Dim (fully resolved)

TL;DR - I ditched the LEDs for high wattage halogens and couldn't be happier. Works great in all conditions.

As I noted in the previous rig review - I generally liked the LED headlights - more than I thought anyway - but had some issues with them when it came to RFI with the ham radio. As such, I decided I'd replace them with something less noisy, and I couldn't be happier with the Ultimate Headlight Upgrade - higher wattage halogens, and an upgraded wiring harness to run them.

I've driven in both good and inclement weather with this new setup and I've got to say that it's way better than the LEDs. One thing I hadn't really thought of was icing over of the headlights with the LEDs - something that's not an issue with the halogens which run significantly hotter, thus melting snow and ice off the headlight housings.

So yeah, I couldn't be happier now. Plenty of warm white light streaming out of the front of the Tacoma.

LED headlights on the left; upgraded halogens on the right. Both color and light output are improved!

So, for anyone following along, my spherical bearings have been an ongoing issue. I've replaced them again, this time with stainless steel versions from FK. Specifically with FKSSX10T-F1 bearings. Time will tell if this fix gives me more than 10-15K miles on a set of bearings. My hope is that I'll get 30K miles or so, since that would mean changing them once a year. 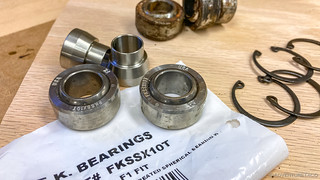 My Ham/APRS Setup is Changed (ongoing)

TL;DR - I'm back to the old antenna, and I'm not longer using APRSDroid.

Not so long ago, I switched from a Diamond NR770HBNMO Mobile Antenna to a STI-CO ROOF-FT-NITI Ham Antenna in order to solve a problem I was having where the coil of the Diamond would catch on tree branches. After running a couple trips with the STI-CO antenna - much shorter and more flexible, with no coil - I found that my APRS beacons weren't getting out quite as well as with the Diamond.

That's to be expected - it was after all, a lower-gain, and shorter (¼ vs. 2/3 wave length) antenna - but I didn't love it. So, I'm back to using the Diamond on trips where I know I won't be in the trees, and I'll take the shorter antenna on trips where I'm worried about clearance.

On a related note, I've stopped using the Mobilinkd TNC and APRSDroid on my tablet for my APRS beaconing, in favor of the built-in TNC on my Kenwood D710G dual-band ham radio. The biggest pro of this new configuration is that I have fewer parts in the system - I no longer need to ensure that my Mobilikd and Android tablet are running/functioning in order for APRS to work. The biggest con is that I can no longer see where my buddies are on a map if we're all running APRSDroid.

It seems like APRS with them has become hit-and-miss over the last few years, and frankly, we're all generally within radio distance of each other anyway, so I'm not sure I really need the map. So, for now, the pros outweigh the cons for me; I'll continue to monitor. 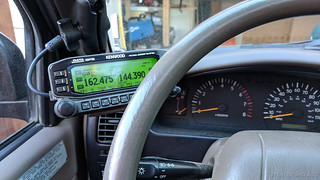 The Zipper on the CVT Tent is Shit (ongoing)

TL;DR - For the last several trips, I've had to lubricate the zipper on the @Cascadia Vehicle Tents tarp *every* time I close it up. That sucks.

I mentioned in a previous rig review that I was having trouble with the zippers. For a trip or two, some lubricant (water) worked just fine to get the zipper cleaned out and zippable when I put the tent away. However, that solution stopped working for some reason in January, and I've really been struggling to get the tarp to close. In fact, it was so hard that I just left it open several days when we were exploring the Mojave during the middle of winter.

It got so frustrating that I had several conversations with GFC - so sure was I that I was ready to make the jump. I still think I am, pending a few design issues with their v2 platform, but in the meantime, I figured out how to "fix" the zipper for just a little while longer - I used a pair of plyers to just slightly tighten the zipper mechanism - the thing that slides along the zipper - a little bit.

I did this after noticing that the plastic teeth of the zipper had worn away some of the paint and metal of the mechanism over time. I wondered if the decreased tolerance was just enough to mean that the mechanism didn't quite force the teeth together all the way, resulting in a "split zipper" situation. So far, after tightening the mechanism, it seems to be working again, though I continue to use water as lubrication every time I close the tarp. 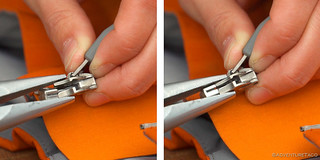 TL;DR - I think there's a short in one of my horns.

On my last couple of trips, I've noticed something strange. The first time, I was honking my horn at a couple of cows and suddenly everything went quiet - the horns had stopped working! I was pretty sure I blew a fuse (though I shouldn't have) but didn't worry too much about it - I don't use my horn all that frequently.

However, I later noticed that my hazards didn't work either. I use those more frequently when travelling to/from destinations and so I reasonably quickly swapped in a new fuse.

Then, it happened again on a second trip. I don't actually know when/how it happened the second time - I wasn't using my horn at all; I only noticed it when I went to turn on my hazards.

So, I likely have a short somewhere; my guess is in one of the horns (though, it's taken five years to manifest a problem; perhaps I've bumped the wiring in the work I've done recently). So, I'm going to be investigating and hopefully getting this sorted for the next adventure. 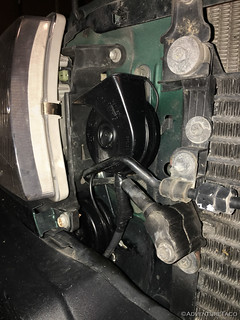