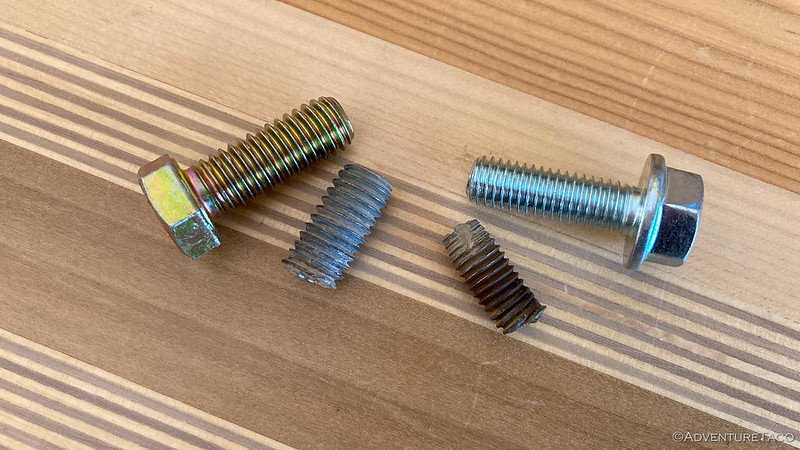 When I started Rig Reviews several years ago, I quickly found that after addressing a few significant items, most trips seemed to go smoothly, with relatively few notable issues - good or bad - cropping up along the way. But, on my last trip to Utah, that was far from the case. In fact, though most were minor, there were so many this time that I feel it worth listing them here, just to drive the point home:

TL;DR - Bulbs burn out. Replace them and move on.

I noticed on this trip that my passenger rear indicator wasn't working when I got out of the Tacoma to take a photo of it in the middle of the highway as I descended into the Valley of Gods. I'd already known that my driver front marker wasn't working. Since it's good practice to replace bulbs in pairs, I've ordered and installed new bulbs for both rear indicators and both front markers, and installed them.

TL;DR - I need to figure out why my Hella's don't come on all the time. Low priority though for me right now.

I noticed on this last trip (or at least recently) that the Hella's - into which I installed HIDs - don't always come on when power is supplied to them. I don't know if this is the result of cold weather or failing ballasts or what, but I'll eventually need to get to the bottom of it. My guess is that it's something to do with the ballasts, which are part of the DDMTuning Ultra HID Kit (55W) and have a lifetime warranty, so I'm not that worried.

TL;DR - I replaced the bolts with grade 8 versions, hopefully solving the problem for good.

I was not happy to discover that two bolts were "missing" from the rear holes of the front skid plate halfway through my first trail in Utah. I was even less happy when I attempted replacement and discovered that the heads of both bolts had sheared off, making a trail fix much more difficult. I can only assume that the bolts I had installed were "standard grade" bolts, and some reasonably bash of the skid plate, or constant vibration, caused them to shear. After extracting the remaining bolt from each mounting point, I've replaced them with Grade 8 bolts, and suspect that they won't be an issue any longer. 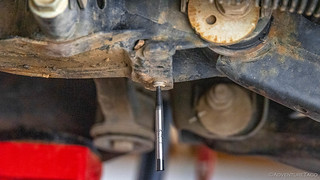 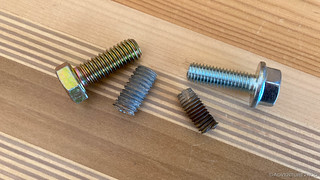 LCA and front diff bushings are in need of replacement; plus I need an alignment (new)

TL;DR - Like lights, bushings wear out, and I'll be replacing several on the front of the truck. The LCA bushings are likely the cause of my misalignment as well, so I'll get that addressed after I replace the bushings.

Over the last few trips, the bushings in my lower control arms have been getting louder and louder. This is understandable - they are after-all, original and 21 years old. Additionally, when I removed the front skid plate to extract and replace the bolts in the rear mounts, I noticed that the front diff bushings are also completely worn, so those will need to be replaced as well. 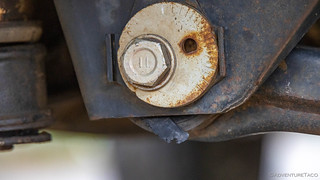 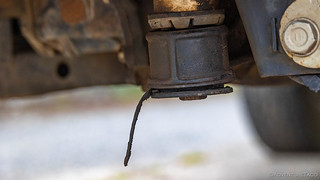 TL;DR - The trim piece for the garage door opener fell off on a bumpy trail. I need to secure it...more securely.

When I installed the garage door opener in the headliner - still one of my favorite mods from a convenience perspective - it was difficult to get the trim piece to clip into the control module due to the thickness of the headliner. Over time, it's worked its way out, and it finally fell out on a bumpy trail in the Owyhee Outback. I'm thinking that either a bit of glue, or some other simple trick will get it to seat more permanently and I can go back to enjoying the convenience of opening garage doors without exiting the Tacoma! 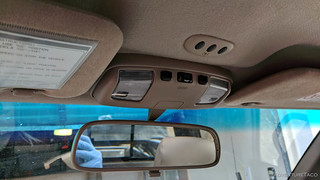 TL;DR - Everything is working again.

I replaced one of my Fiaam Freeway Blasters - that wasn't working at all - with the original horn, which I'd saved for some reason when I replaced it. Everything seems to be working again - albeit not quite so loudly - and no more blown fuses. I'm pretty sure that non-working horn was shorting out and blowing the fuse.

TL;DR - I'm loving a new, clear windshield. I should (but won't) make this an annual maintenance item.

After getting the windshield fixed, it's amazing how much more pleasant it is to drive - especially when driving into the sun. I can't recommend fixing your windshield enough if you can find somewhere that will do it for a reasonable price, and without leaks.

The pole bag for the CVT RTT has a hole in it (new, resolved)

TL;DR - Dropping poles into the RTT pole bag is asking for trouble. Nothing a little sewing can't fix, though.

Not much to say here except that through normal use, the pole bag will wear out (or holes will be worn into the bottom of the bag as poles are dropped in). Pick up a needle and thread and fix it yourself; there's really no reason to put up with the inconvenience of poles falling through, or buying a new bag. 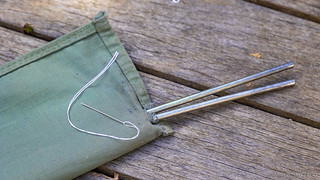